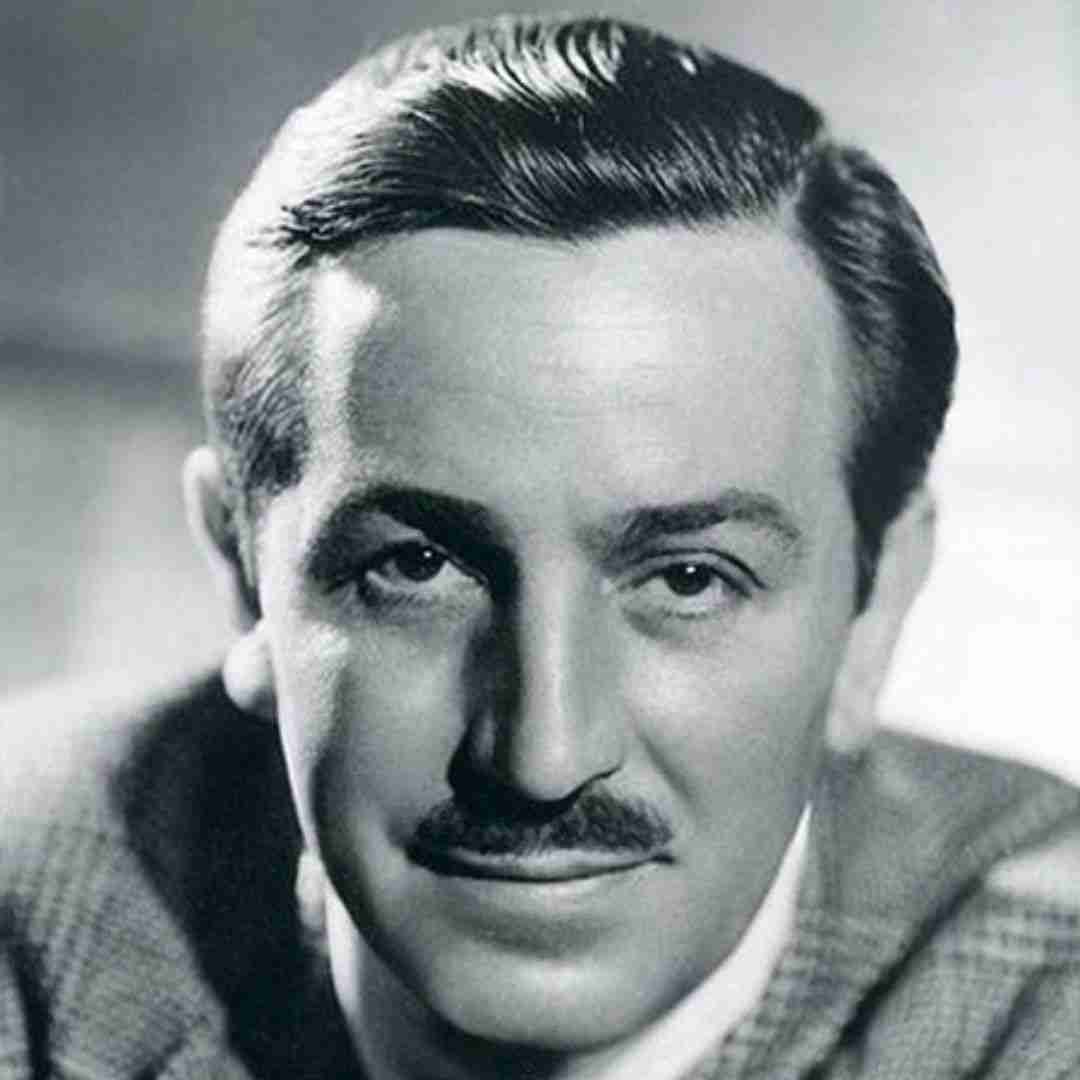 There are numerous books on Walt Disney, and it comes with good reason, he was an American animator, film producer, and entrepreneur. As a pioneer of the animation industry, Disney introduced several developments in the production of cartoons, and as a film producer, he holds the record for most Academy Awards earned and nominations by an individual, having won 22 Oscars from 59 nominations.

“All the adversity I’ve had in my life, all my troubles and obstacles, have strengthened me…You may not realize it when it happens, but a kick in the teeth may be the best thing in the world for you,” he remarked.

In order to get to the bottom of what inspired one of history’s most consequential figures, we’ve compiled a list of the 10 best books on Walt Disney.

Walt Disney: The Triumph of the American Imagination by Neal Gabler 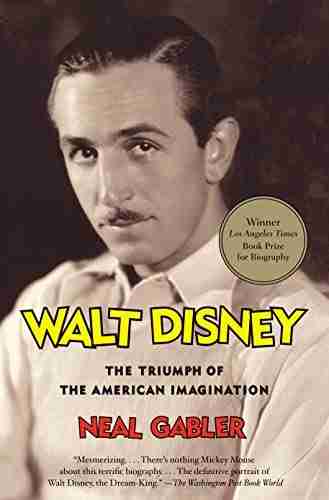 Walt Disney was a true visionary whose desire for escape, iron determination, and obsessive perfectionism transformed animation from a novelty to an art form, first with Mickey Mouse and then with his feature films – most notably Snow White, Fantasia, and Bambi. In his superb biography, Neal Gabler shows us how, over the course of two decades, Disney revolutionized the entertainment industry. In a way that was unprecedented and later widely imitated, he built a synergistic empire that combined film, television, theme parks, music, book publishing, and merchandise. Walt Disney is a revelation of both the work and the man – of both the remarkable accomplishment and the hidden life. 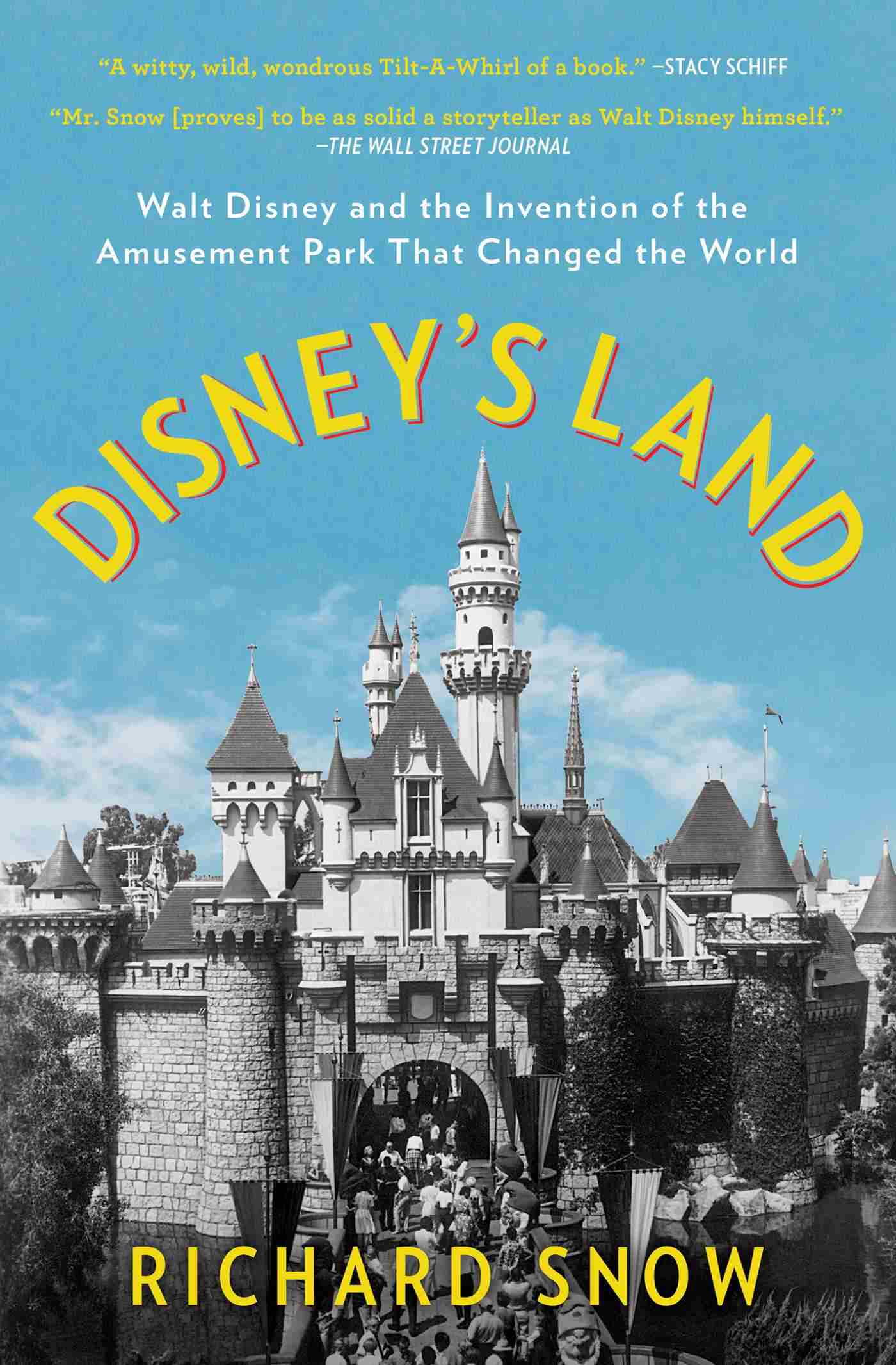 One day in the early 1950s, Walt Disney stood looking over 240 acres of farmland in Anaheim, California, and imagined building a park where people “could live among Mickey Mouse and Snow White in a world still powered by steam and fire for a day or a week or (if the visitor is slightly mad) forever.” Despite his wealth and fame, exactly no one wanted Disney to build such a park. Not his brother Roy, who ran the company’s finances; not the bankers; and not his wife, Lillian. Amusement parks at that time, such as Coney Island, were a generally despised business, sagging and sordid remnants of bygone days. Disney was told that he would only be heading toward financial ruin.

But Walt persevered, initially financing the park against his own life insurance policy and later with sponsorship from ABC and the sale of thousands and thousands of Davy Crockett coonskin caps. Disney assembled a talented team of engineers, architects, artists, animators, landscapers, and even a retired admiral to transform his ideas into a soaring yet soothing wonderland of a park. The catch was that they had only a year and a day in which to build it.

On July 17, 1955, Disneyland opened its gates…and the first day was a disaster. Disney was nearly suicidal with grief that he had failed on a grand scale. But the curious masses kept coming, and the rest is entertainment history. Eight hundred million visitors have flocked to the park since then. 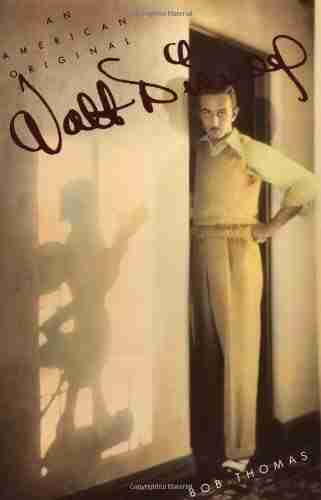 Walt Disney is an American hero. From Mickey Mouse to Disneyland, he changed the face of American culture. His is a success story like no other: a man who developed animated film into an art form and made a massive contribution to the folklore of the world.

After years of research, respected Hollywood biographer Bob Thomas produced a definitive biography of the man behind the legend of Disney: the unschooled cartoonist from Kansas City who when bankrupt on his first movie venture and developed into the genius who produced unmatched works of animation, and ultimately was the creative spirit of an international entertainment empire that has enchanted generations. 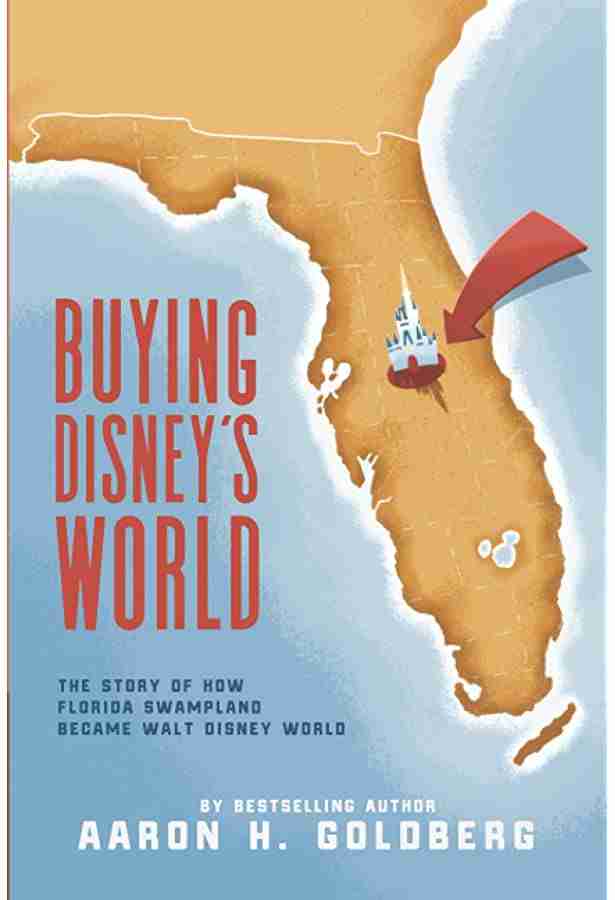 In November of 1965, after numerous months of speculation surrounding a mystery industry that had been purchasing large amounts of land in central Florida, Walt Disney finally put an end to the rumors. He announced to the public his grandiose plans for the thousands of acres he had secretly purchased.

For the eighteen months prior to the announcement, Walt entrusted a small group of men to covertly make these purchases. Next, they were tasked with drafting a legislative act to submit to the state of Florida that would allow Disney to wield nearly absolute legal control over the property under a quasi-government municipality.

As told through the personal notes and files from the key figures involved in the project, Buying Disney’s World details the story of how Walt Disney World came to be, like you’ve never heard before.

From conception to construction and everything in between – including how a parcel of land within Disney’s Fort Wilderness Resort was acquired during a high-stakes poker game – explore how the company most famous for creating Mickey Mouse acquired central Florida’s swamps, orange groves, and cow pastures to build a Disney fiefdom and a Magic Kingdom.

The Imagineering Story by Leslie Iwerks 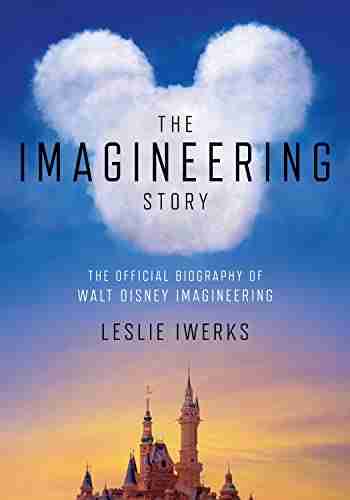 The highly acclaimed and rated Disney+ documentary series, The Imagineering Story, becomes a book that greatly expands the award-winning filmmaker Leslie Iwerks’ narrative of the fascinating history of Walt Disney Imagineering. The entire legacy of WDI is covered from day one through future projects with never-before-seen access and insights from people both on the inside and on the outside.

So many stories and details were left on the cutting room floor – this book allows an expanded exploration of the magic of Imagineering. So many insider stories are featured. Sculptor Blaine Gibson’s wife used to kick him under the table at restaurants for staring at interesting-looking people seated nearby, and he’d even find himself studying faces during Sunday morning worship.

“You mean some of these characters might have features that are based on people you went to church with?” Marty Sklar once asked Gibson of the Imagineer’s sculpts for Pirates of the Caribbean. “He finally admitted to me that that was true.” 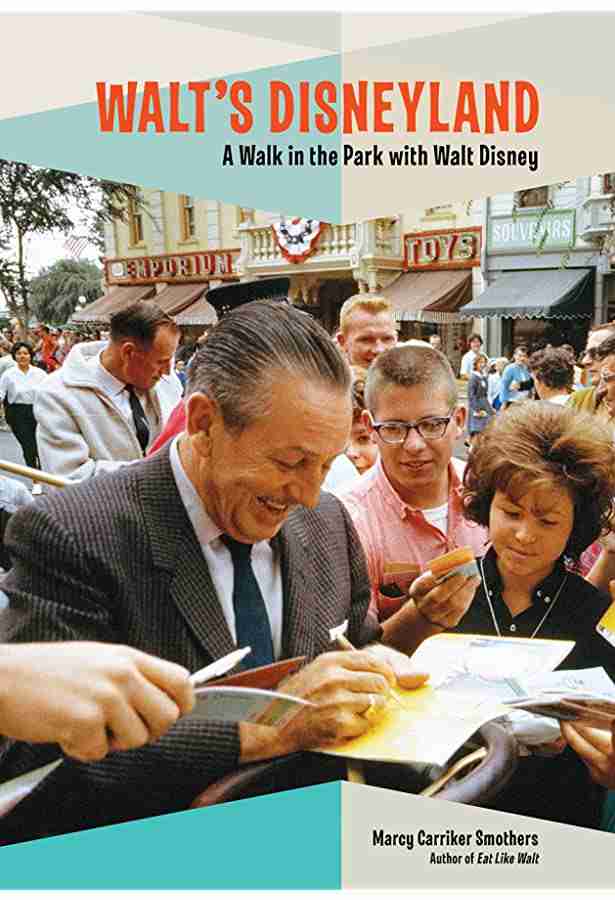 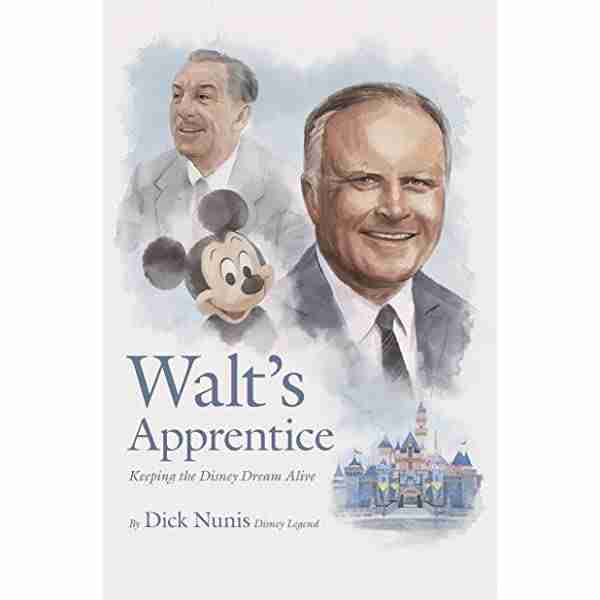 Walt’s Apprentice: Keeping the Disney Dream Alive is the memoir of Disney Legend Dick Nunis. It is a warm personal reminiscence of learning directly from Walt Disney for 12 years, followed by more than 30 years devoted to championing his vision and standards as the Disney empire grew.

Unlike other Disney books, this story is told from the perspective of operations rather than Imagineering. It touches on decisions that defined the guest experience and Disney’s reputation for quality in areas ranging from capacity and people-moving, training, delivering a consistent “good show,” food service, and more. 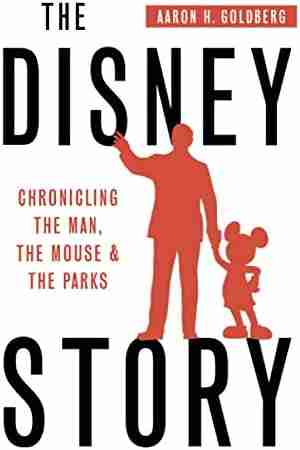 Welcome to The Disney Story, this gem among books on Walt Disney provides a decade-by-decade account of the man, the mouse, and the theme parks. From Mickey Mouse’s debut at the Colony Theatre in November 1928 to the opening of Shanghai Disneyland in 2016 – and everything in between. 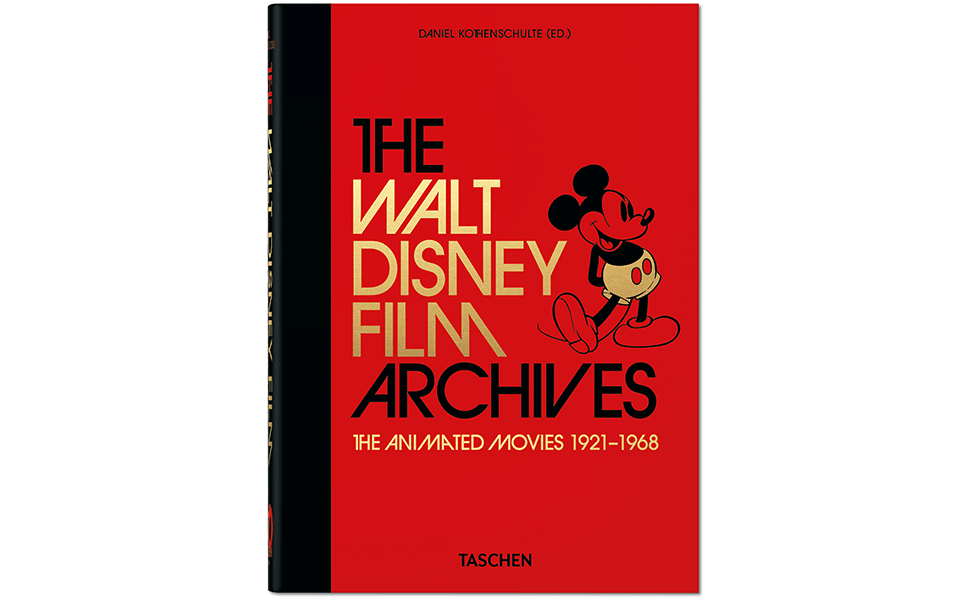 One of the most creative minds of the 20th century, Walt Disney created a unique and unrivaled imaginative universe. Like scarcely any other classics of cinema, his astonishing collection of animated cartoons revolutionized storytelling on screen and enchant to this day across geographies and generations.

This expansively illustrated publication on Disney animation gathers hundreds of images as well as essays by Disney experts, taking us to the beating heart of the studio’s “Golden Age of Animation.” We trace Disney’s complete animation journey from the silent film era, through his first full-length feature Snow White and the Seven Dwarfs (1937) and Fantasia (1940), right up to his last masterpieces Winnie the Pooh and the Honey Tree (1966) and The Jungle Book (1967).

With extensive research conducted through the historical collections of the Walt Disney Company, as well as private collections, editor Daniel Kothenschulte curates some of the most precious concept paintings and storyboards to reveal just how these animation triumphs came to life. Masterful cel setups provide highly detailed illustrations of famous film scenes while rare pictures taken by Disney photographers bring a privileged insider’s view to the studio’s creative process.

The Gospel According to Disney by Mark I. Pinsky 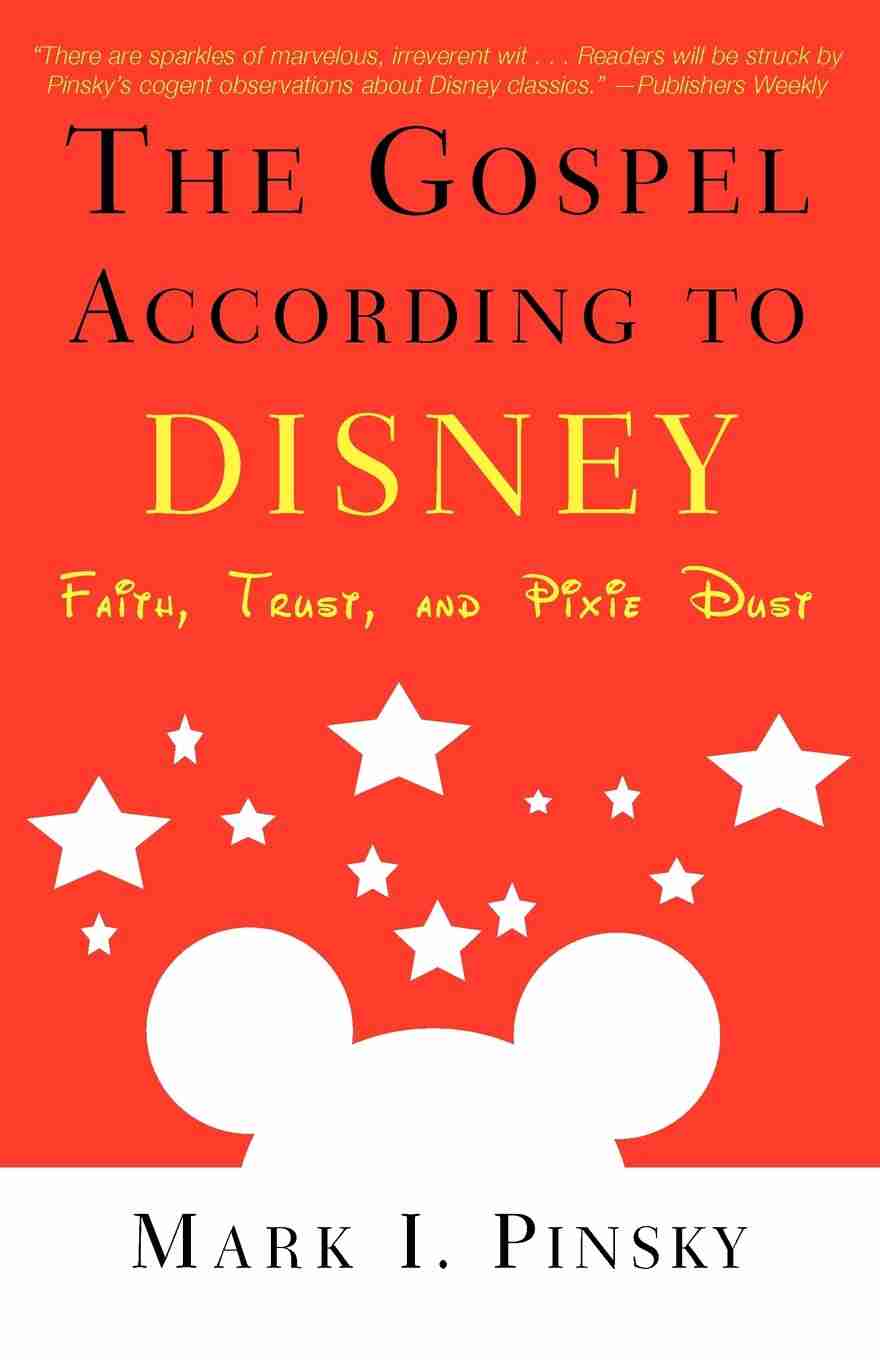 Religion journalist Mark Pinsky explores the role that the animated features of Walt Disney played on the moral and spiritual development of generations of children. Pinsky explores thirty-one of the most popular Disney films, as well as recent developments such as the 1990s boycott of Disney by the Southern Baptist Convention and the role that Michael Eisner and Jeffrey Katzenberg played in the resurgence of the company since the mid-1980s.

The Walt Disney World that Never Was by Christopher E. Smith 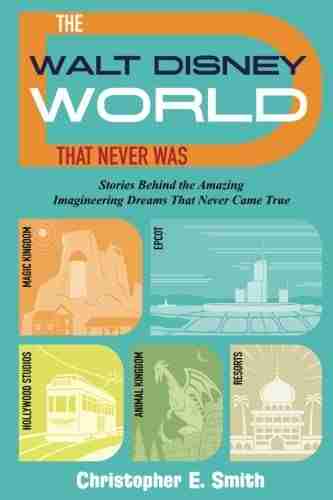 On an alternate earth, Walt Disney World guests are taking in the thrills of Thunder Mesa, braving the Beastly Kingdom, marveling at Villains Mountain, and staying the night at Disney’s Persian Resort. Want to join them? This is your guidebook to the theme park that Disney never built.

In this unique, extensively researched book, Christopher Smith discusses the many attractions, shows, and resorts that were planned for Walt Disney World, from opening day to the present day, but that exist only in the minds of Imagineers.

You’ll find old “favorites” such as Thunder Mesa and Beastly Kingdom, as well as those lost to the pixie dust of time, like Dick Tracy’s Crime Stoppers, the Enchanted Snow Palace, and Buffalo Junction. Smith looks at the politics and internal struggles behind the decision to shelve each concept, and imagines what guests might have experienced.

If you enjoyed this guide to essential books on Walt Disney, check out our list of The 5 Best Books on Steven Spielberg!