There are numerous books on Steven Spielberg, and it comes with good reason, he is a film director, producer, and screenwriter who helped pioneer the modern blockbuster, which has something to do with his being the most commercially successful director of all time.

“I dream for a living. Once a month the sky falls on my head, I come to, and I see another movie I want to make,” he remarked.

In order to get to the bottom of what inspired one of America’s most consequential figures to the height of societal contribution, we’ve compiled a list of the 5 best books on Steven Spielberg. 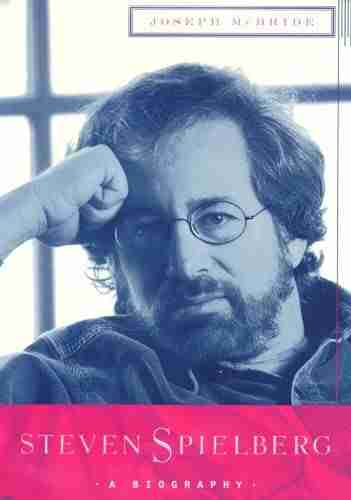 The most successful director in movie history, Steven Spielberg has been responsible for such box-office blockbusters as Jurassic Park, Jaws, E.T. the Extra-Terrestrial, Close Encounters of the Third Kind, and the Indiana Jones trilogy. And yet throughout much of his career, Spielberg’s work has been undervalued by critics who have questioned his emotional maturity and intellectual seriousness. It was not until he made Schindler’s List in 1993 that he was widely recognized as a serious filmmaker.

Until now, much about Steven Spielberg’s personality and the forces that shaped it has remained enigmatic, in large part because of his tendency to obscure and mythologize his own past. In this full-scale, in-depth biography, Joseph McBride reveals hidden dimensions of the filmmaker’s personality and explains how deeply personal even his most commercial work has been. With the same breadth of research and clarity of insight that characterized his acclaimed biography of Frank Capra, McBride has gone in search of the true Steven Spielberg, interviewing more than 300 of the director’s friends and associates, many of whom had never spoken about him before.

Steven Spielberg: A Life in Films by Molly Haskell 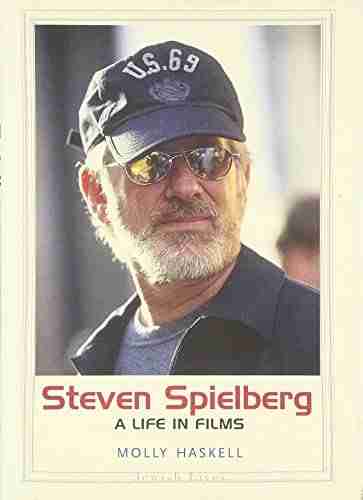 “Everything about me is in my films,” Steven Spielberg has said. Taking this as a key to understanding the hugely successful moviemaker, Molly Haskell explores the full range of Spielberg’s works for the light they shine upon the man himself. Through such powerhouse hits as Close Encounters of the Third Kind, E.T., Jurassic Park, and Indiana Jones, to lesser-known masterworks like A.I. and Empire of the Sun, to the haunting Schindler’s List, Haskell shows how Spielberg’s uniquely evocative filmmaking and story-telling reveal the many ways in which his life, work, and times are entwined.

Organizing chapters around specific films, the distinguished critic discusses how Spielberg’s childhood in non-Jewish suburbs, his parents’ traumatic divorce, his return to Judaism upon his son’s birth, and other events echo in his work. She offers a brilliant portrait of the extraordinary director – a fearful boy living through his imagination who grew into a man whose openness, generosity of spirit, and creativity have enchanted audiences for more than 40 years. 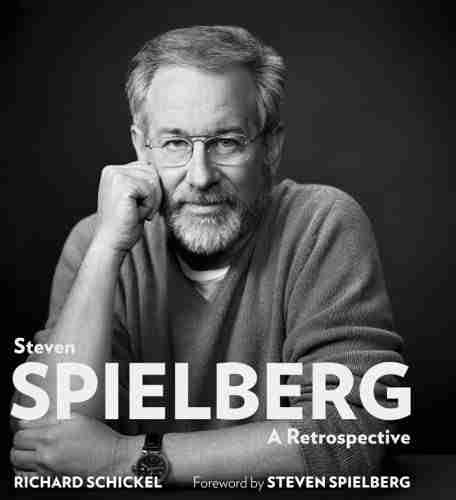 Graced with a foreword by Spielberg himself, renowned critic Richard Schickel now gives us the definitive illustrated monograph on this Oscar-winning Hollywood icon, whose long and glittering career few directors have equaled.

Spielberg is one of the most influential and inspirational minds in cinema, and Schickel provides perceptive analysis of nearly 40 years’ worth of work, with illuminating film-by-film commentary on such masterpieces as the underwater thriller, Jaws; the high-speed adventures of Indiana Jones; the harrowing Schindler’s List; sci-fi classic Close Encounters of the Third Kind; and the recent releases Tintin and War Horse.

West Side Story: The Making of The Steven Spielberg Film by Laurent Bouzereau 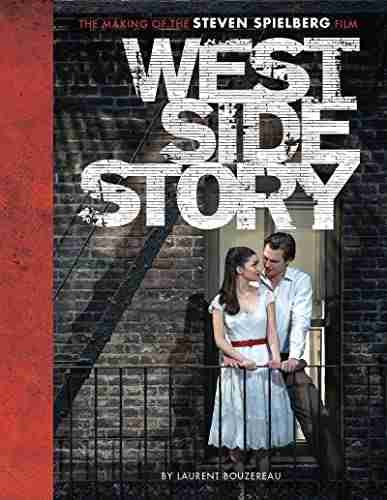 Featuring never-before-seen unit photography, storyboards, costume and concept designs, and behind-the-scenes photos from Academy Award-winning director Steven Spielberg’s first musical, West Side Story: The Making of the Steven Spielberg Film is a loving chronicle of the years of effort that went into bringing a beloved story back to the screen for a new generation.

Author Laurent Bouzereau was embedded with the film’s cast and crew and conducted original interviews with director and producer Steven Spielberg, screenwriter and executive producer Tony Kushner, Tony Award-winning choreographer Justin Peck, and the cast of Sharks and Jets, among many others, to bring together a firsthand oral history documenting every stage of the film’s production.

Steven Spielberg and Philosophy; Edited by Dean A. Kowalski Ph.D. 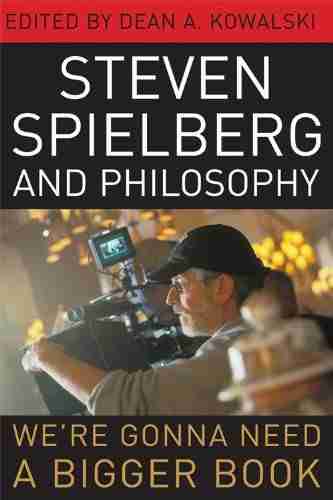 Whether filming Holocaust heroes and villains, soldiers, dinosaurs, extraterrestrials, or explorers in search of the Holy Grail, Spielberg has given filmgoers some of the most memorable characters and wrenching moments in the history of cinema. Whatever his subject – war, cloning, slavery, terrorism, or adventure – all of Spielberg’s films have one aspect in common: a unique view of the moral fabric of humanity.

Dean A. Kowalski’s Steven Spielberg and Philosophy is like a remarkable conversation after a night at the movie theater, offering new insights and unexpected observations about the director’s most admired films. Some of the nation’s most respected philosophers investigate Spielberg’s art, asking fundamental questions about the nature of humanity, cinema, and Spielberg’s expression of his chosen themes.

Applying various philosophical principles to the movies, the book explores such topics as the moral demands of parenthood in War of the Worlds; the ultimate unknowability of the “other” in Close Encounters of the Third Kind and Schindler’s List; the relationship between nature and morality in Jurassic Park; the notion of consciousness in A.I.: Artificial Intelligence; issues of war theory and ethics in Munich; and the foundation of human rights in Amistad. Impressive in scope, this volume illustrates the philosophical tenets of a wide variety of thinkers from Plato to Aquinas, Locke, and Levinas. Contributors introduce readers to philosophy while simultaneously providing deeper insight into Spielberg’s approach to filmmaking. 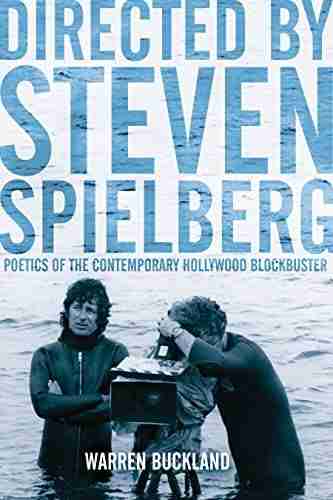 Directed By Steven Spielberg examines the distinctive art form known as the blockbuster, and moreover, focuses on Spielberg’s blockbusters, because he is the most consistent and successful director of this type of film – he defines the standard by which other Hollywood blockbusters are judged and compared.

But how did Spielberg attain this position? Film critics and scholars generally agree that Spielberg’s blockbusters have a unique look and use visual storytelling techniques to their utmost effectiveness. In this book, Warren Buckland examines Spielberg’s distinct manipulation of film form, and his singular use of stylistic and narrative techniques.

The book demonstrates the aesthetic options available to Spielberg, and particularly the choices he makes in structuring his blockbusters. Buckland emphasizes the director’s activity in making a film, including: visualizing the scene on paper via storyboards; staging and blocking the scene; selecting camera placement and movement; determining the progression or flow of the film from shot to shot; and deciding how to narrate the story to the spectator. 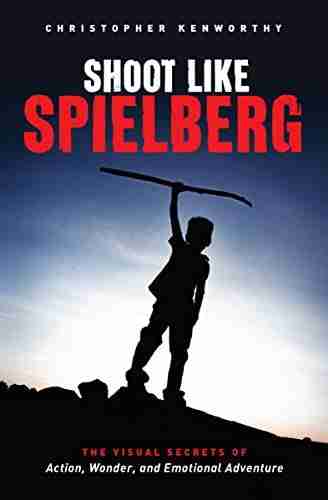 Spielberg makes his audience feel something, whether he’s shooting a kids’ ­adventure, a dramatic chase, or the darkest war scene. The auteur always employs a core set of techniques that make each shot crystal clear and evoke the most intense emotions from the audience. This book shows you how.

From tension to tearjerker, these moves will make your scenes memorable enough to be talked about for years to come. Spielberg directs films that cover everything from childhood dreams to the horrors of war. He always hones in on the emotional center of a scene. Though not a biography, this brief but insightful gem among books on Steven Spielberg and his core techniques shows how you can use the same simple camera moves and setups to make your films full of wonder, thrills, and emotion.

If you enjoyed this guide to essential books on Steven Spielberg, check out our list of The 5 Best Books on Howard Hughes!