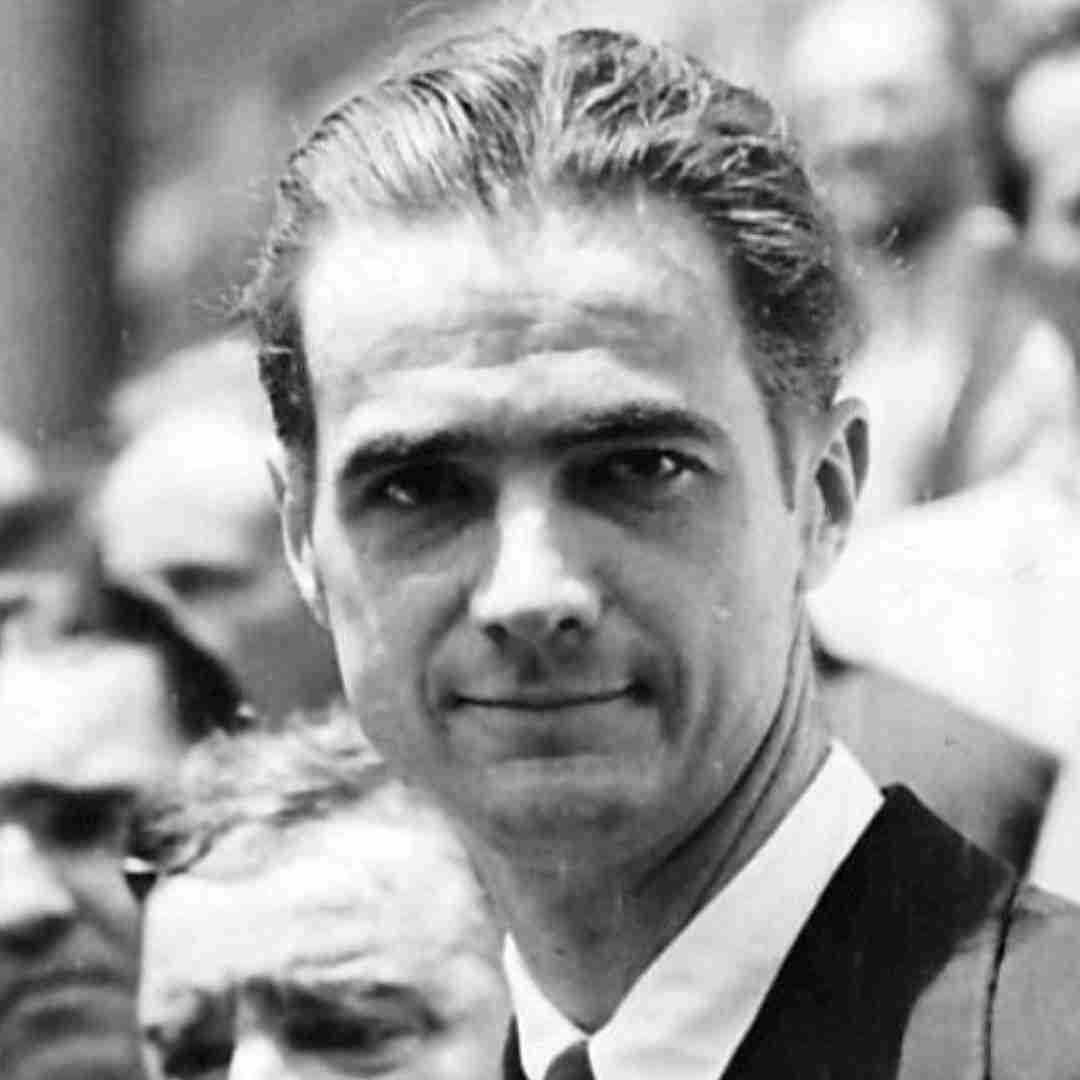 There are numerous books on Howard Hughes, and it comes with good reason, he was a business magnate, record-setting pilot, engineer, film producer, and philanthropist, known during his lifetime as one of the richest and most influential people in the world.

“Every man has his price, or a guy like me couldn’t exist,” he remarked.

In order to get to the bottom of what inspired one of America’s most consequential figures, we’ve compiled a list of the 5 best books on Howard Hughes.

Howard Hughes: His Life and Madness by Donald L. Barlett 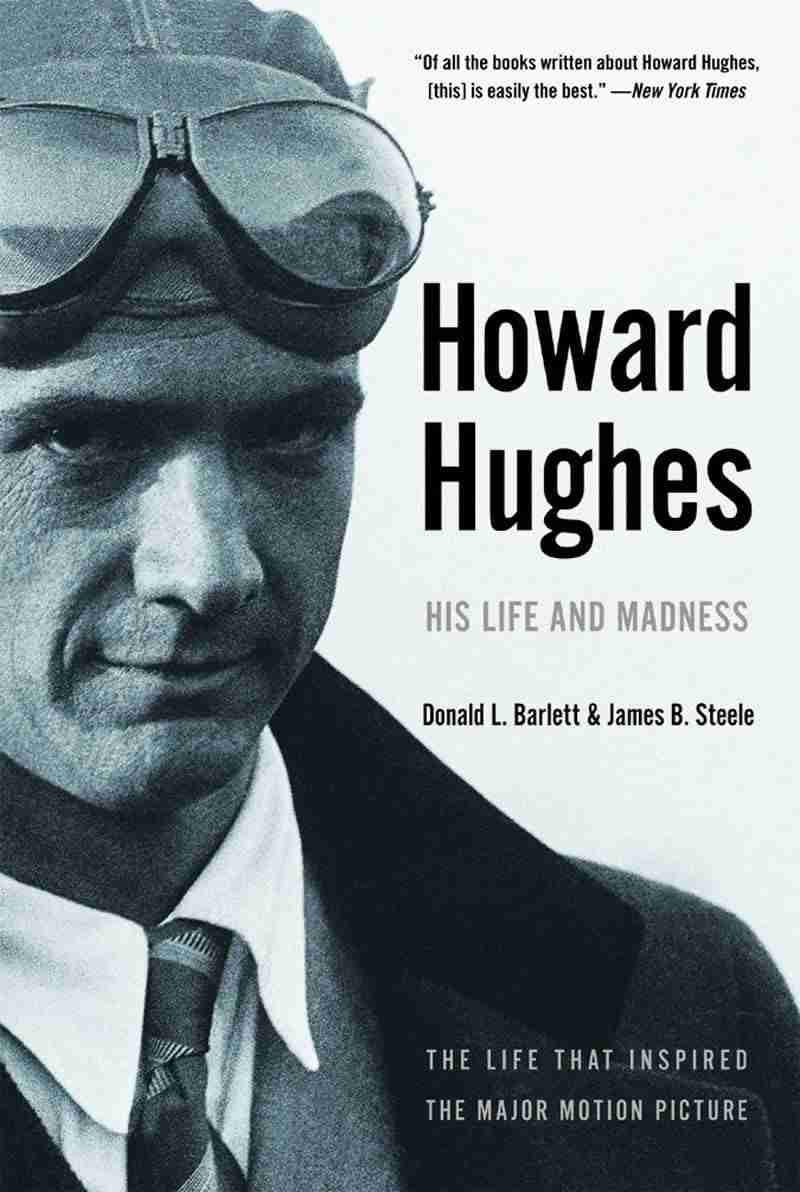 The life that inspired the major motion picture The Aviator, starring Leonardo DiCaprio and directed by Martin Scorsese. Howard Hughes has always fascinated the public with his mixture of secrecy, dashing lifestyle, and reclusiveness. This is the book that breaks through the image to get at the man. It was originally published under the title Empire: The Life, Legend, and Madness of Howard Hughes. 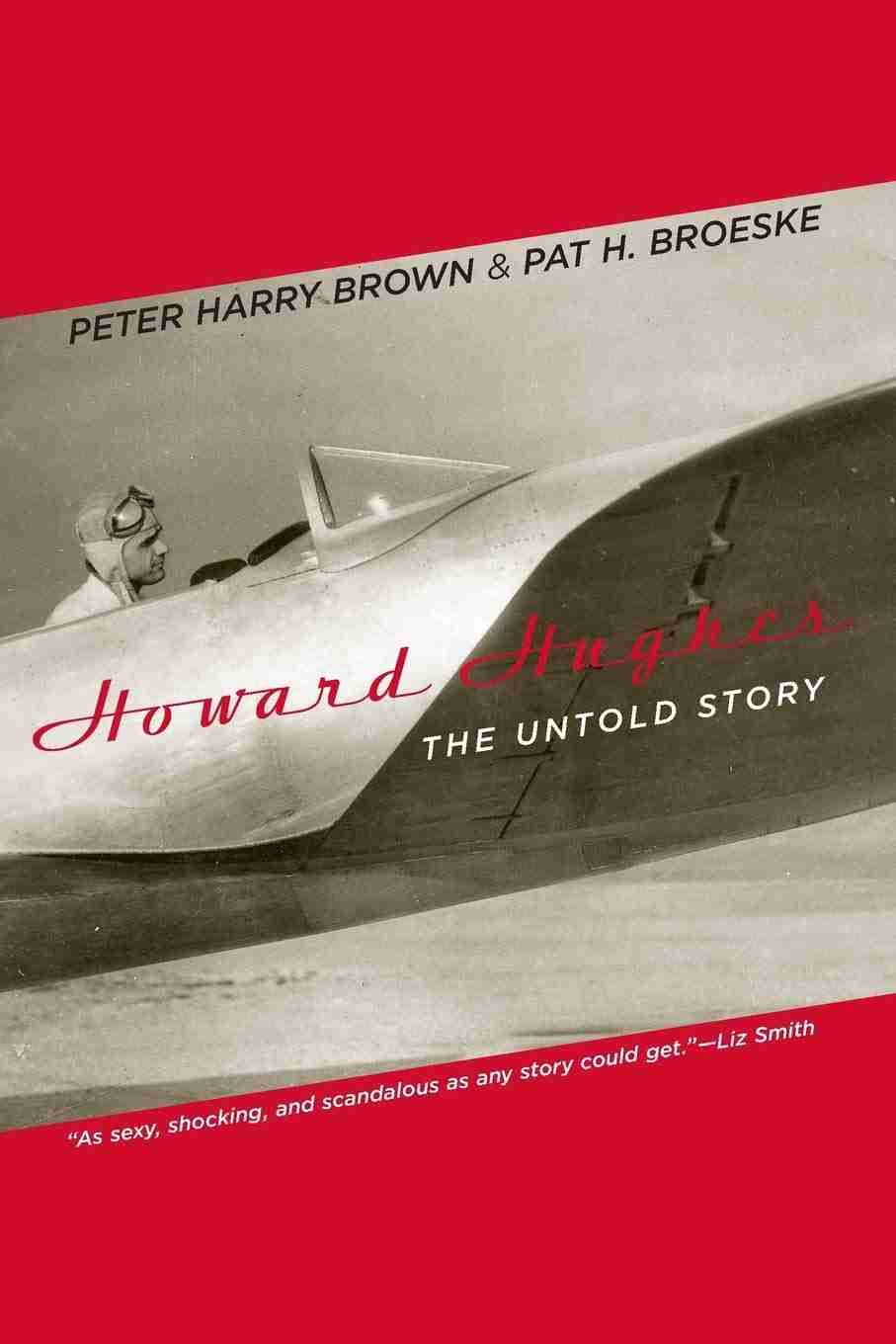 Howard Hughes was one of the most amazing, intriguing, and controversial figures of the twentieth century. He was the billionaire head of a giant corporation, a genius inventor, an ace pilot, a matinee-idol-handsome playboy, a major movie maker who bedded a long list of Hollywood glamour queens, a sexual sultan with a harem of teenage consorts, a political insider with intimate ties to Watergate, a Las Vegas kingpin, and ultimately a bizarre recluse whose final years and shocking death were cloaked in macabre mystery.

Few people have been able to penetrate the wall of secrecy that enshrouded this complex man. In this fascinating, revelation-packed biography, the full story of one of the most daring, enigmatic, and reclusive power brokers America has ever known is finally told.

Howard Hughes and the Spruce Goose by Graham M. Simmons 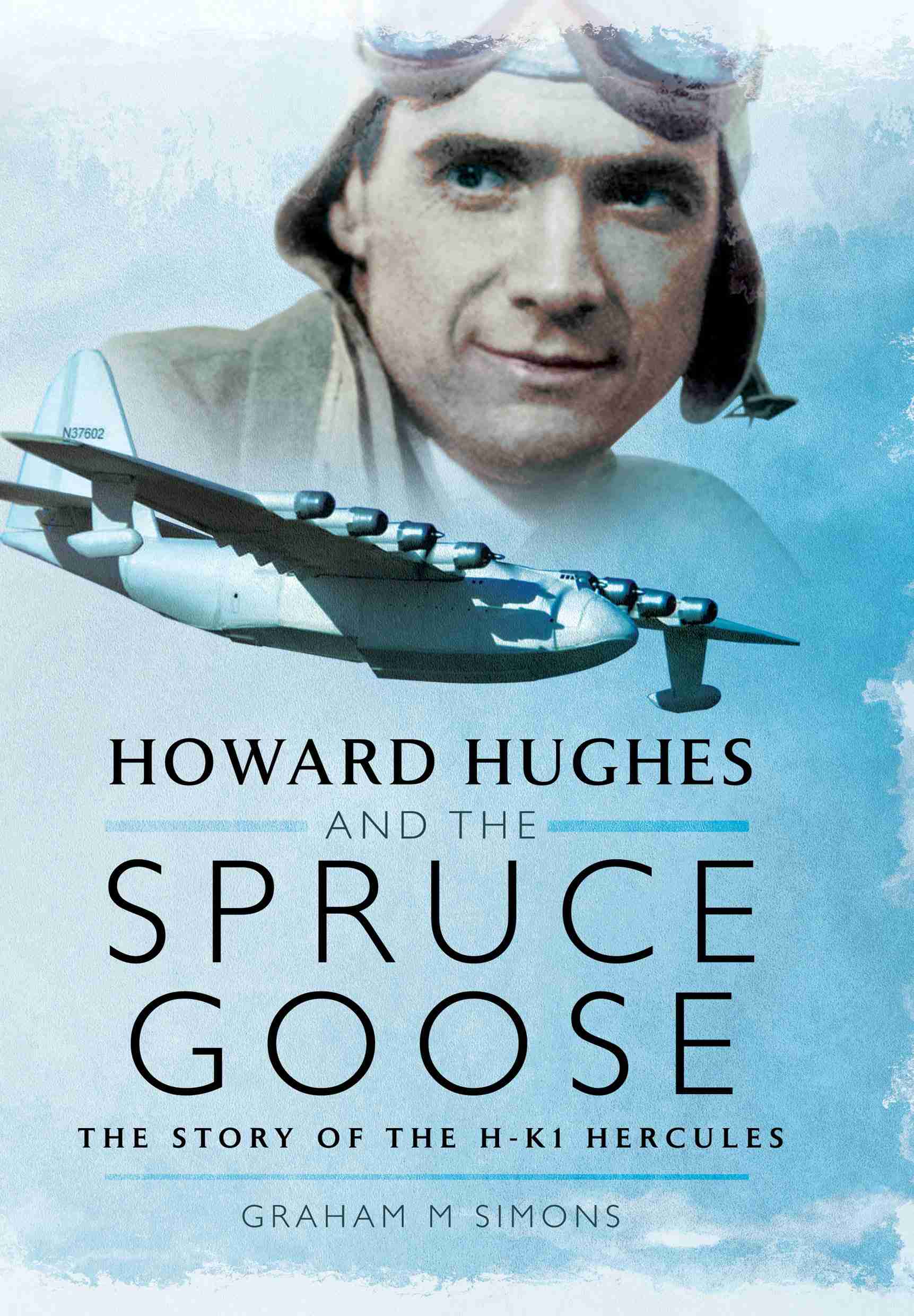 Howard Hughes’ life ambition was to make a significant contribution to the field of aviation development. But the monumental folly of his endeavors on the H-KI Hercules meant that he came to be known and remembered to a great extent for all the wrong reasons. The ‘Spruce Goose’ (a name Hughes detested) became a product of his wild fixation on perfection and scale. Once completed, it was the largest flying machine ever built. Its wingspan of 320 feet remains the largest in history. Yet it only completed one flight; flying for a mile on its maiden voyage above Long Beach Harbor, before being consigned to the history books as a failure.

Experienced author Graham M. Simons turns his attention to the production process that saw this colossus take shape. In words and images, all aspects of this process are illustrated. We have shots taken during the initial design period, images of the craft under construction, and photographs taken at the test flights. In addition, Simons has been gifted access to the highly prized and rarely seen aircraft manual produced for the aircraft, content from which has been extracted and used to supplement the narrative.

The book goes on to explore the political issues that sprung up as a result of Hughes’ endeavors, looking into the Senate War Investigations Committee’s findings which explored the extent to which government funds had been utilized in the development and construction of the airship, adding a whole new layer of controversy to the proceedings. 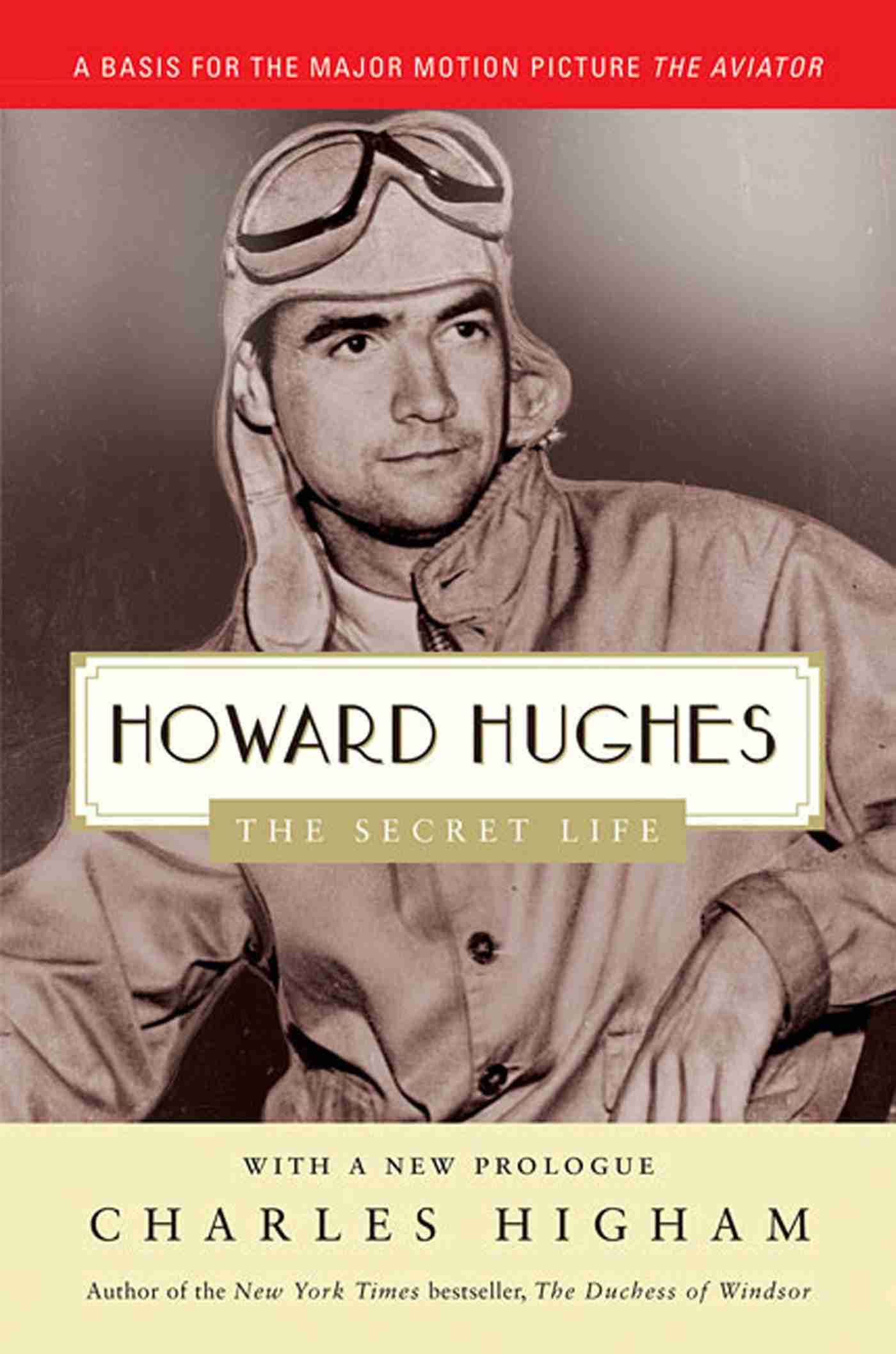 His wealth was legendary. His passions were bizarre. Now, the truth about the money, the madness, and the man behind the enigma.

Howard Hughes is one of the best-known and least-understood men of our times – famed for his wealth, his daring, and his descent into madness. Bestselling biographer Charles Higham goes beyond the enigma to reveal the incredible private life of Howard Hughes:

Hughes: The Private Diaries, Memos, and Letters by Richard Hack 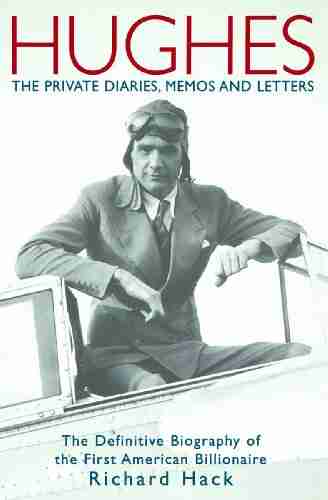 Howard Hughes was a true American original: legendary lover, record-setting aviator, award-winning film producer, talented inventor, ultimate eccentric, and, for much of his lifetime, the richest man in the U.S. This definitive biography explodes the illusion of his life & exposes the man behind the myth.

Newly uncovered personal letters, over 110,000 pages of sealed court testimony, recently declassified FBI files, never-before-published autopsy reports & exclusive interviews reveal a man so devious in his thinking, so perverse in his desires, and so influential that his impact continues to be felt even today. Hughes never kept a diary, yet he wrote over 8,000 pages of memos, letters, and personal notes that chronicle his life and thoughts. 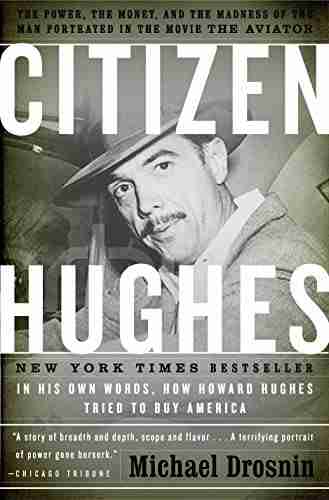 At the height of his wealth, power, and invisibility, the world’s richest and most secretive man kept what amounted to a diary. The billionaire commanded his empire by correspondence, scrawling thousands of handwritten memos to unseen henchmen. It was the only time Howard Hughes risked writing down his orders, plans, thoughts, fears, and desires. Hughes claimed the papers were so sensitive – “the very most confidential, almost sacred information as to my innermost activities” – that not even his most trusted aides or executives were allowed to keep the messages he sent them.

But in the early-morning hours of June 5, 1974, unknown burglars staged a daring break-in at Hughes’s supposedly impregnable headquarters and escaped with all the confidential files. Despite a top-secret FBI investigation and a million-dollar CIA buyback bid, none of the stolen secret papers were ever found – until investigative reporter Michael Drosnin cracked the case.

In Citizen Hughes, Drosnin reveals the true story of the great Hughes heist – and of the real Howard Hughes. Based on nearly ten thousand never-before-published documents, more than three thousand in Hughes’s own handwriting, Citizen Hughes is far more than a biography, or even an unwilling autobiography. It is a startling record of the secret history of our times.

If you enjoyed this guide to essential books on Howard Hughes, check out our list of The 10 Best Books on Thomas Edison!