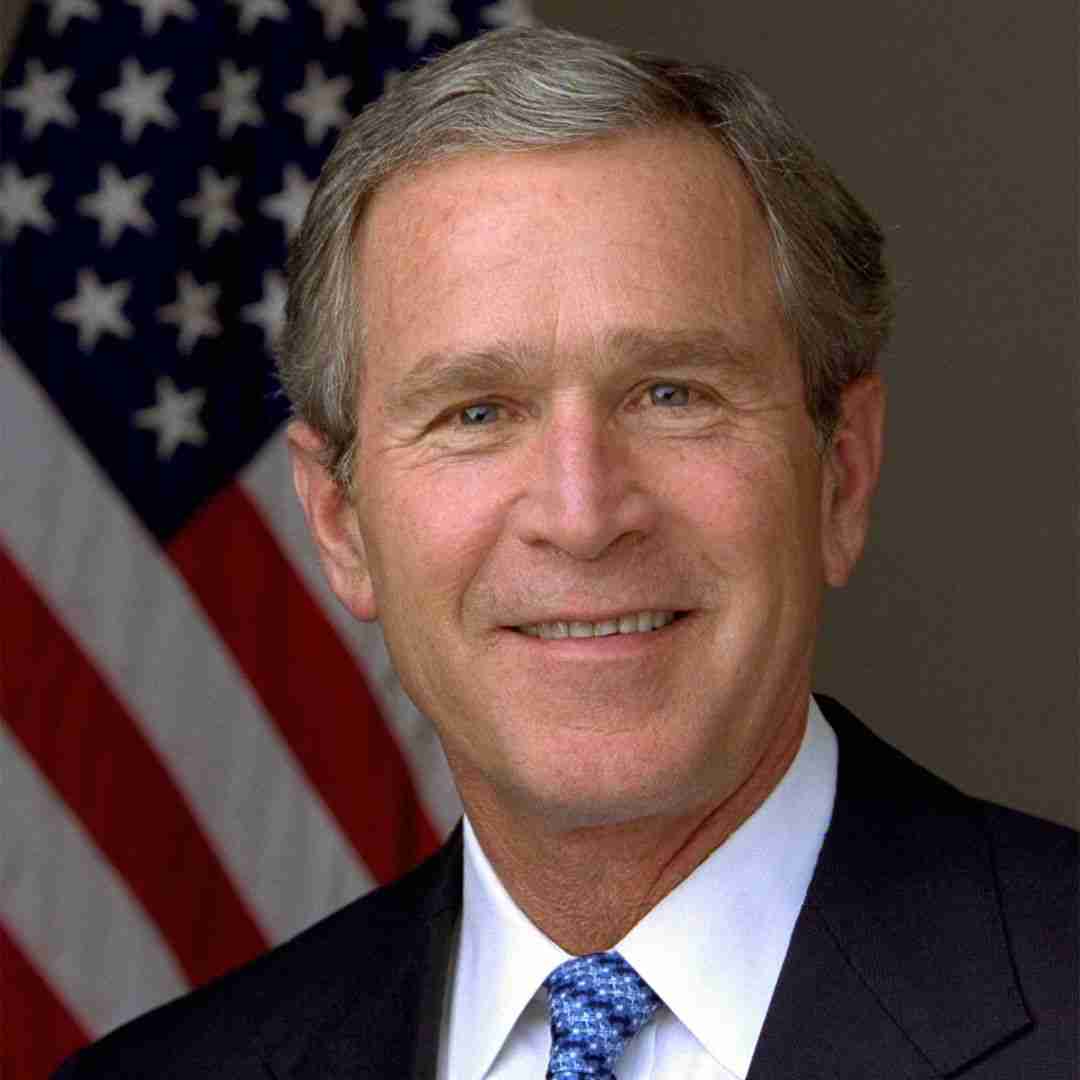 There are countless books on George W. Bush, and it comes with good reason, after being elected America’s forty-third President, he was transformed into a wartime President in the aftermath of the airborne terrorist attacks on September 11, 2001.

“To those of you who received honours, awards, and distinctions, I say well done. And to the C students, I say you, too, can be president of the United States,” he remarked.

In order to get to the bottom of what inspired one of America’s most consequential figures to the height of political power, we’ve compiled a list of the 10 best books on George W. Bush. 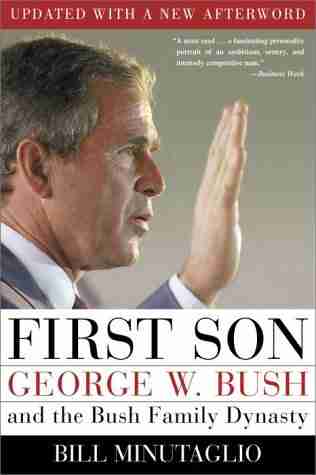 In the past year, award-winning Texas writer Bill Minutaglio has met with George W. Bush and interviewed dozens of people close to him, from his brother Governor Jeb Bush of Florida to uncles and cousins, from current and former political advisers to high-ranking insiders from his father’s years in the White House. Fraternity buddies, political operatives, George W.’s employers, and even ardent critics of the Bush family bring this story to life – from the social circles in his native Connecticut to the family compound in Maine to the backwaters of his adopted Texas. The result is a book that is nuanced, insightful, and surprising in the contradictions and complexities it reveals about this man.

First Son vividly reconstructs George W. Bush’s boarding school days at one of the country’s most exclusive institutions; his tenure in one of Yale’s secret societies and as president of his unfettered fraternity; his attempts to follow his family’s million-dollar path into the wide-open Texas oil patch; his role in major league baseball as the public face and head cheerleader for the Texas Rangers; and, finally, his rise to governor of Texas and national political force, executed with more hard-edged calculation than many people realize. 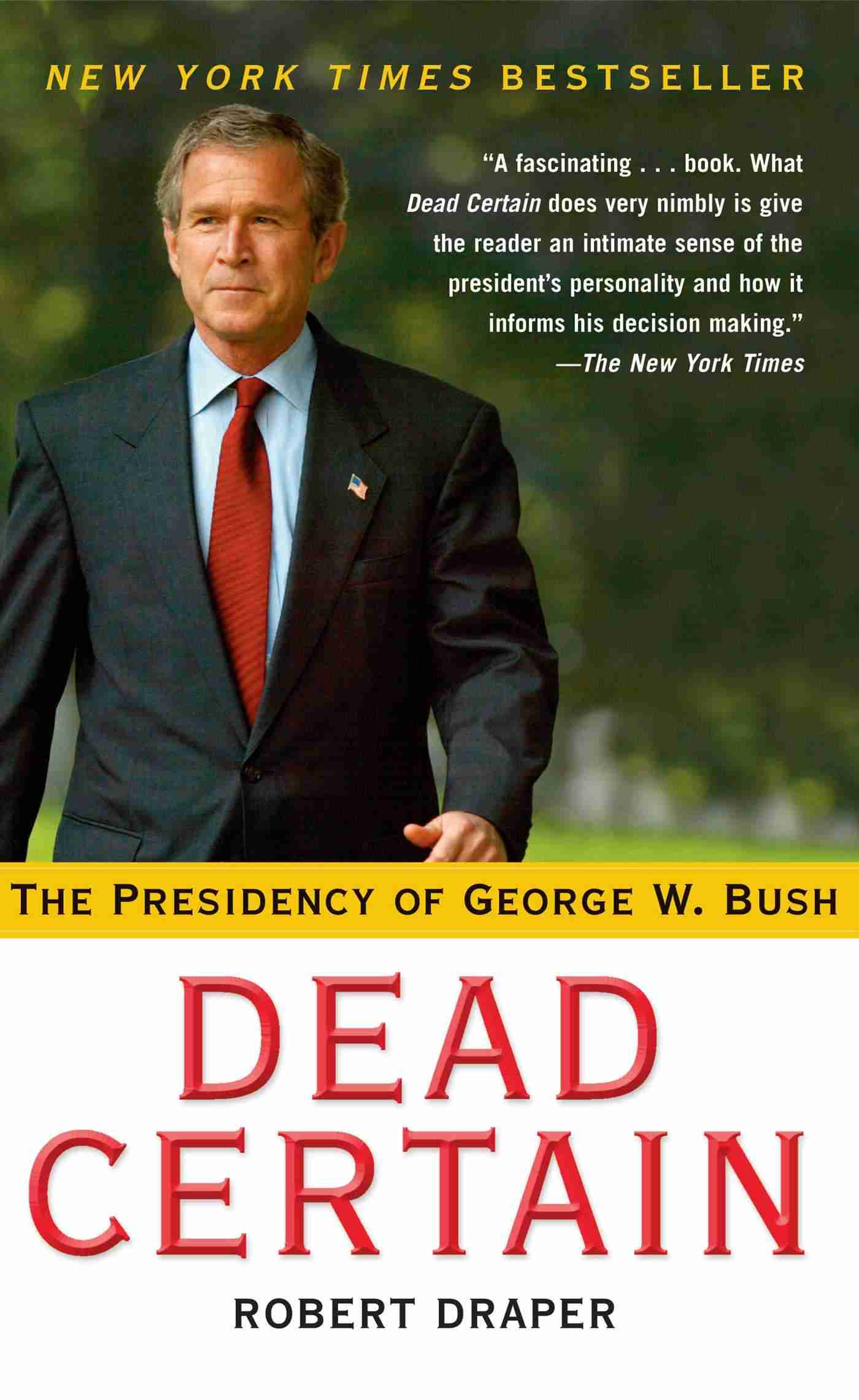 With unprecedented access to all the key figures of this administration from six one-on-one sessions with the president, to Laura Bush, Dick Cheney, Donald Rumsfeld, Condoleeza Rice, Karl Rove, and perhaps 200 other players, some well-known, some not, Draper has achieved what no other journalist or contemporary historian has done thus far: he has told the story of the Bush White House from the inside, with a special emphasis on how the very personality of this strong-willed president has affected the outcome of events.

Bush loyalists and the growing number of Bush detractors will all find much to savor in this riveting political page-turner. We begin with a revealing lunch at the White House where a testy, hot dog-chomping president finally unburdens himself to the inquisitive reporter, a fellow Texan who well understands the manly argot that courses through this administration.

Days of Fire by Peter Baker 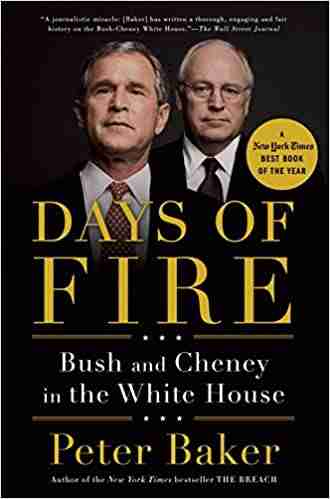 Theirs was the most captivating American political partnership since Richard Nixon and Henry Kissinger: a bold and untested president and his seasoned, relentless vice president. Confronted by one crisis after another, they struggled to protect the country, remake the world, and define their own relationship along the way.

The real story of George W. Bush and Dick Cheney is far more fascinating than the familiar suspicion that Cheney was the power behind the throne. Drawing on hundreds of interviews with key players, and thousands of pages of private notes, memos, and other internal documents, Baker paints a riveting portrait of a partnership that evolved dramatically over time, during an era marked by devastating terror attacks, the Iraq War, Hurricane Katrina, and financial collapse. 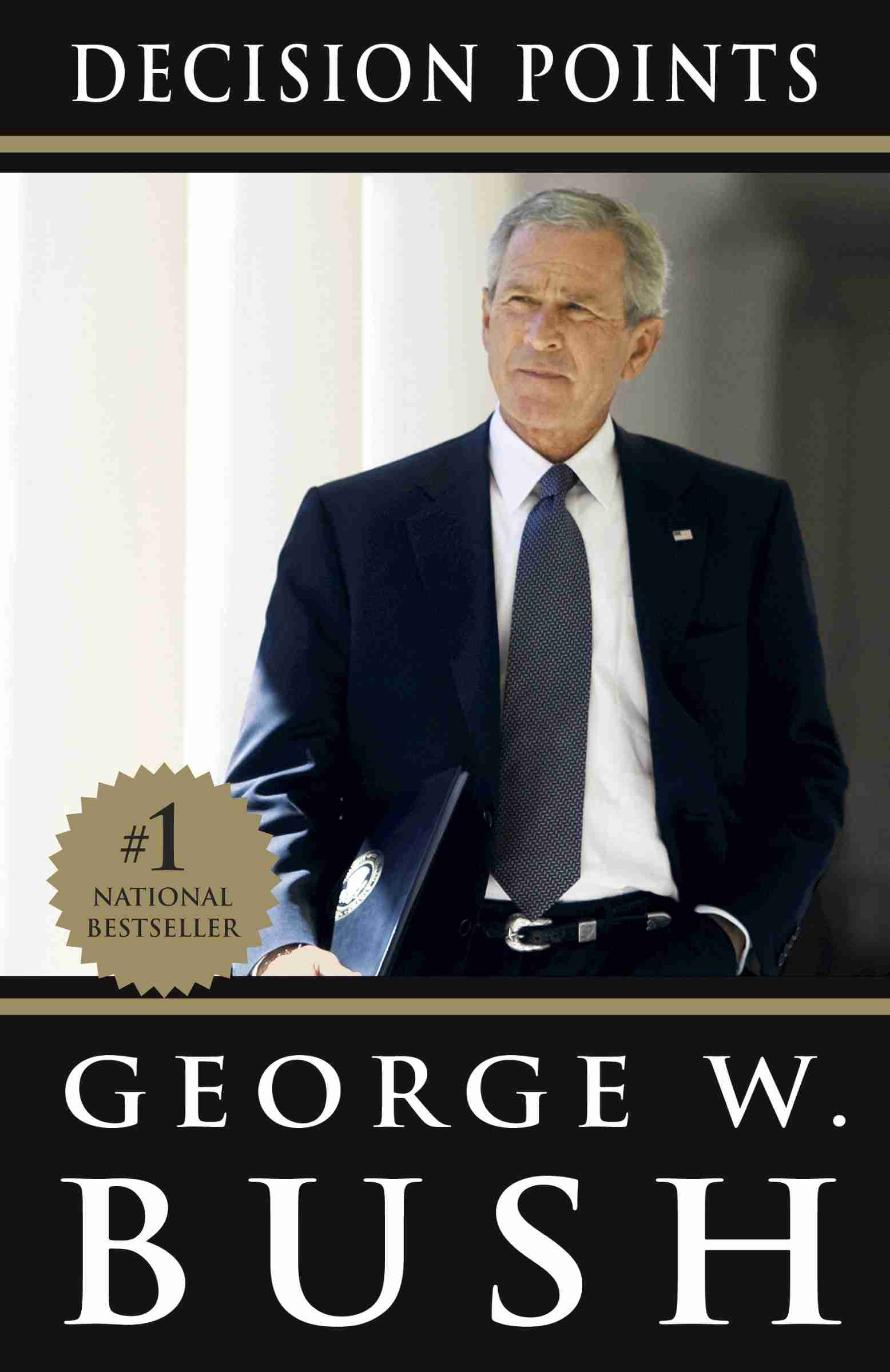 Decision Points brings readers inside the Texas governor’s mansion on the night of the 2000 election, aboard Air Force One during the harrowing hours after the attacks of September 11, 2001, into the Situation Room moments before the start of the war in Iraq, and behind the scenes at the White House for many other historic presidential decisions.

This gem among books by George W. Bush will captivate supporters, surprise critics, and change perspectives on eight remarkable years in American history – and on the man at the center of events.

George and Laura by Christopher Andersen 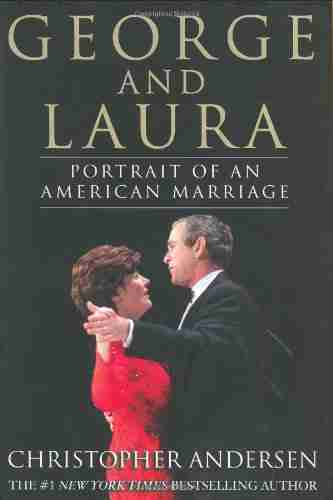 They would be called upon to lead a nation in one of its darkest hours – but were they up to the task? He had been the wild, hard-drinking scion of one of America’s premier political families. She was the school librarian with a warm smile and a tragic secret of her own. Yet after the terrorist attacks of September 11, 2001, they rose to the challenge: he became the embodiment of America’s fighting spirit and she assumed the role of “First Comforter” with effortless grace.

Still, the true nature of their relationship has remained a mystery. Until now. Christopher Andersen draws on important sources – many speaking here for the first time – to paint a vivid, sometimes startling, often inspiring portrait of America’s First Couple.

The Bushes by Peter Schweizer 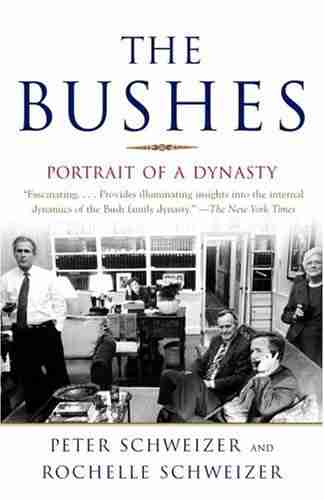 Based on hours of unprecedented interviews with members of the Bush family, The Bushes tells the inside story of the unique dynasty at the heart of American power. As well as laying out the secretive family’s inner workings, this intimate and fascinating group portrait probes into such sensitive matters as their dealings in the oil business, George W.’s turbulent youth, and Jeb’s likely run for the presidency in 2008.

In this first full-scale biography, Peter and Rochelle Schweizer insightfully explore the secrets of the Bushes’ rise from obscurity to unprecedented influence. The family’s free-flowing, pragmatic, and opportunistic style consciously distinguishes them from previous political dynasties; they consider themselves the “un-Kennedys.” But with their abiding emphasis on loyalty and networking, the Bushes’ continuing success seems assured – making this book essential reading for anyone who cares about America’s future. 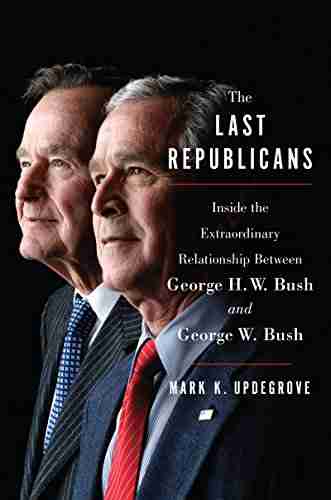 Drawing extensively on exclusive access and interviews with both Bush presidents, Updegrove reveals for the first time their influences and perspectives on each other’s presidencies; their views on family, public service, and America’s role in the world; and their unvarnished thoughts on Donald Trump and the radical transformation of the Republican Party he now leads.

In 2016 George W. Bush lamented privately that he might be “the last Republican president.” Donald Trump’s election marked the end not only to the Bushes’ hold on the White House, but of a rejection of the Republican principles of civility and international engagement and leadership that the Bushes have long championed.

A Charge to Keep by George W. Bush 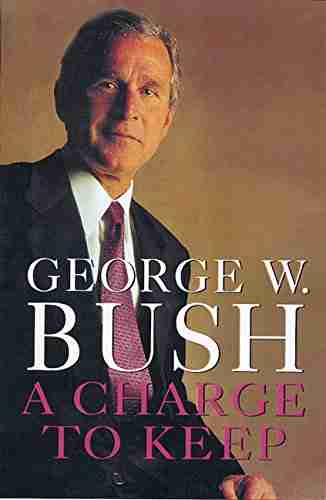 In this political memoir, the governor of Texas and front-runner for president in the year 2000 tells us who he is and what he stands for. The George W. Bush who leaps off these pages has his father’s energy, his mother’s tart and honest wit, and his own irreverence and impatience. He has prospered as George and Barbara’s boy – “How can I deny it?” – but has walked a very fine line between loyalty and independence.

He addresses the questions that may well decide who becomes the next president: crime, education, abortion, tax and tort reform, and the continuing battle “for the soul” of the Republican Party. He is, by no one’s definition, a conventional candidate. 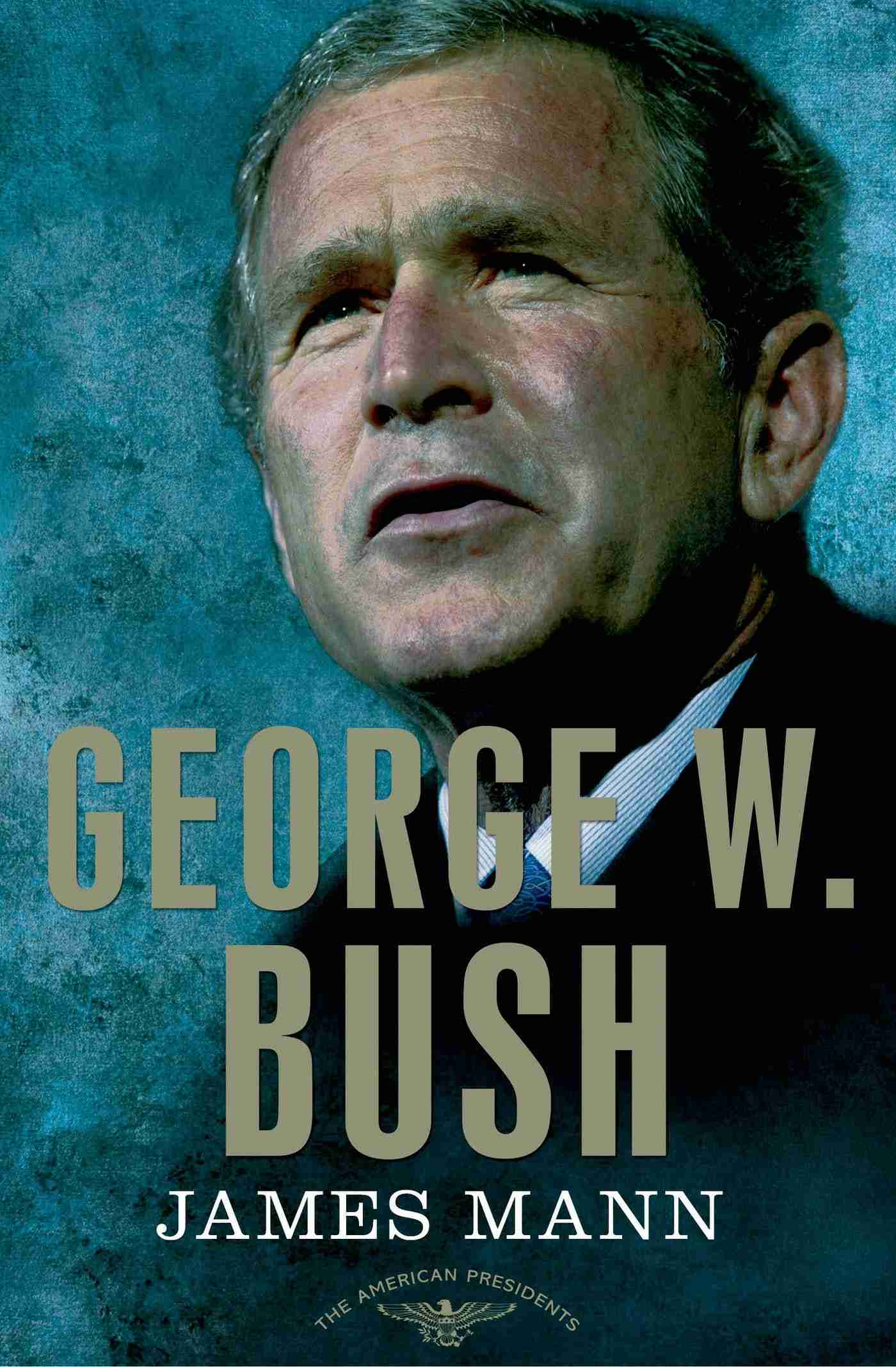 George W. Bush stirred powerful feelings on both sides of the aisle. Republicans viewed him as a resolute leader who guided America through the September 11 attacks and retaliated in Afghanistan and Iraq, while Democrats saw him as an overmatched president who led America into two inconclusive wars that sapped the nation’s resources and diminished its stature. When Bush left office amid a growing financial crisis, both parties were eager to move on.

In this assessment of the nation’s forty-third president, James Mann sheds light on why George W. Bush made the decisions that shaped his presidency, what went wrong, and how the internal debates and fissures within his administration played out in such a charged atmosphere. He shows how and why Bush became such a polarizing figure in both domestic and foreign affairs, and he examines the origins and enduring impact of Bush’s most consequential actions-including Iraq, the tax cuts, and the war on terror. 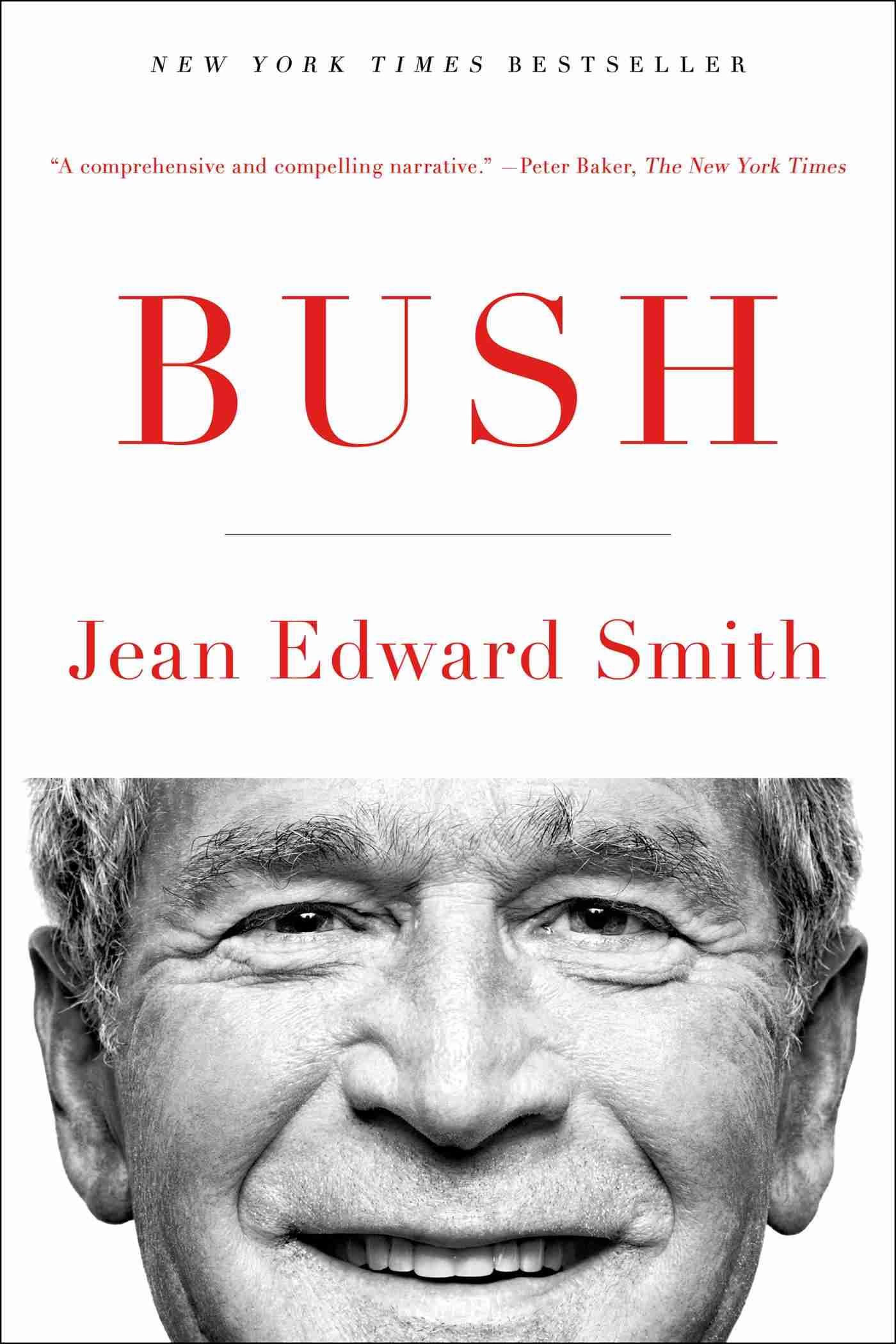 A favorite among the more critical books on George W. Bush and his presidency, Jean Edward Smith demonstrates that it was not Dick Cheney, Donald Rumsfeld, or Condoleezza Rice, but the President himself who took personal control of foreign policy. Bush drew on his deep religious conviction that important foreign-policy decisions were simply a matter of good versus evil.

Domestically, he overreacted to 9/11 and endangered Americans’ civil liberties. Smith explains that it wasn’t until the financial crisis of 2008 that Bush finally accepted expert advice. As a result, he authorized decisions that saved the economy from possible collapse, even though some of those decisions violated Bush’s own political philosophy.

“An excellent initial assessment of a presidency that began in controversy…and ended with the international and domestic failures that saddled Bush with the most sustained negative ratings of any modern president” (Dallas Morning News), this comprehensive evaluation will surely surprise many readers. “Written in sober, smooth, snark-free prose, with an air of thoughtful, detached authority, the book is nonetheless exceedingly damning in its judgments about George W. Bush’s years in office” (The Washington Post).

If you enjoyed this guide to essential books on George W. Bush, check out our list of The 10 Best Books on President George H. W. Bush!