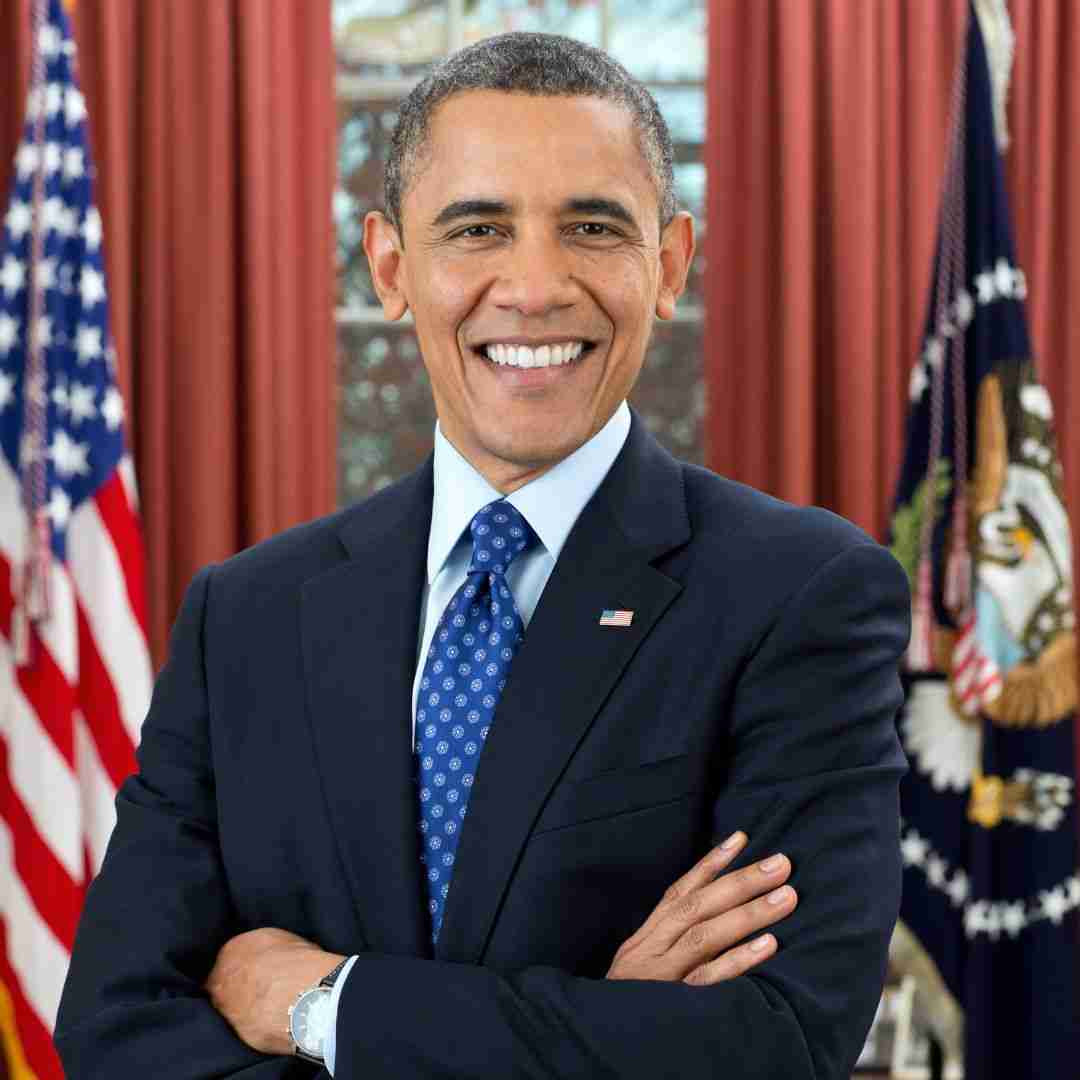 There are countless books on Barack Obama, and it comes with good reason, after being elected America’s forty-fourth President, he inherited a nation reeling from economic collapse, wars in Iraq and Afghanistan, and the continuing menace of terrorism. Moreover, during his first term, he signed three signature bills: an omnibus bill to stimulate the economy, legislation making health care more accessible and affordable, and legislation reforming the nation’s financial institutions.

In order to get to the bottom of what inspired one of America’s most consequential figures to the height of political power, we’ve compiled a list of the 10 best books on Barack Obama. 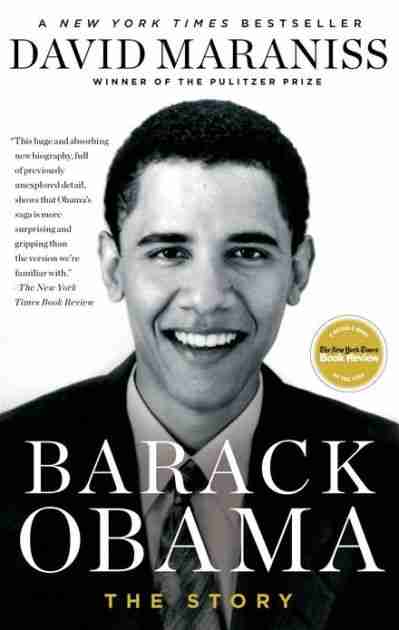 David Maraniss has written a deeply reported generational biography teeming with fresh insights and revealing information, a masterly narrative drawn from hundreds of interviews, including with President Obama in the Oval Office, and a trove of letters, journals, diaries, and other documents.

The book unfolds in the small towns of Kansas and the remote villages of western Kenya, following the personal struggles of Obama’s white and black ancestors through the swirl of the twentieth century. It is a roots story on a global scale, a saga of constant movement, frustration and accomplishment, strong women and weak men, hopes lost and deferred, people leaving and being left. Disparate family threads converge in the climactic chapters as Obama reaches adulthood and travels from Honolulu to Los Angeles to New York to Chicago, trying to make sense of his past, establish his own identity, and prepare for his political future.

The Bridge by David Remnick 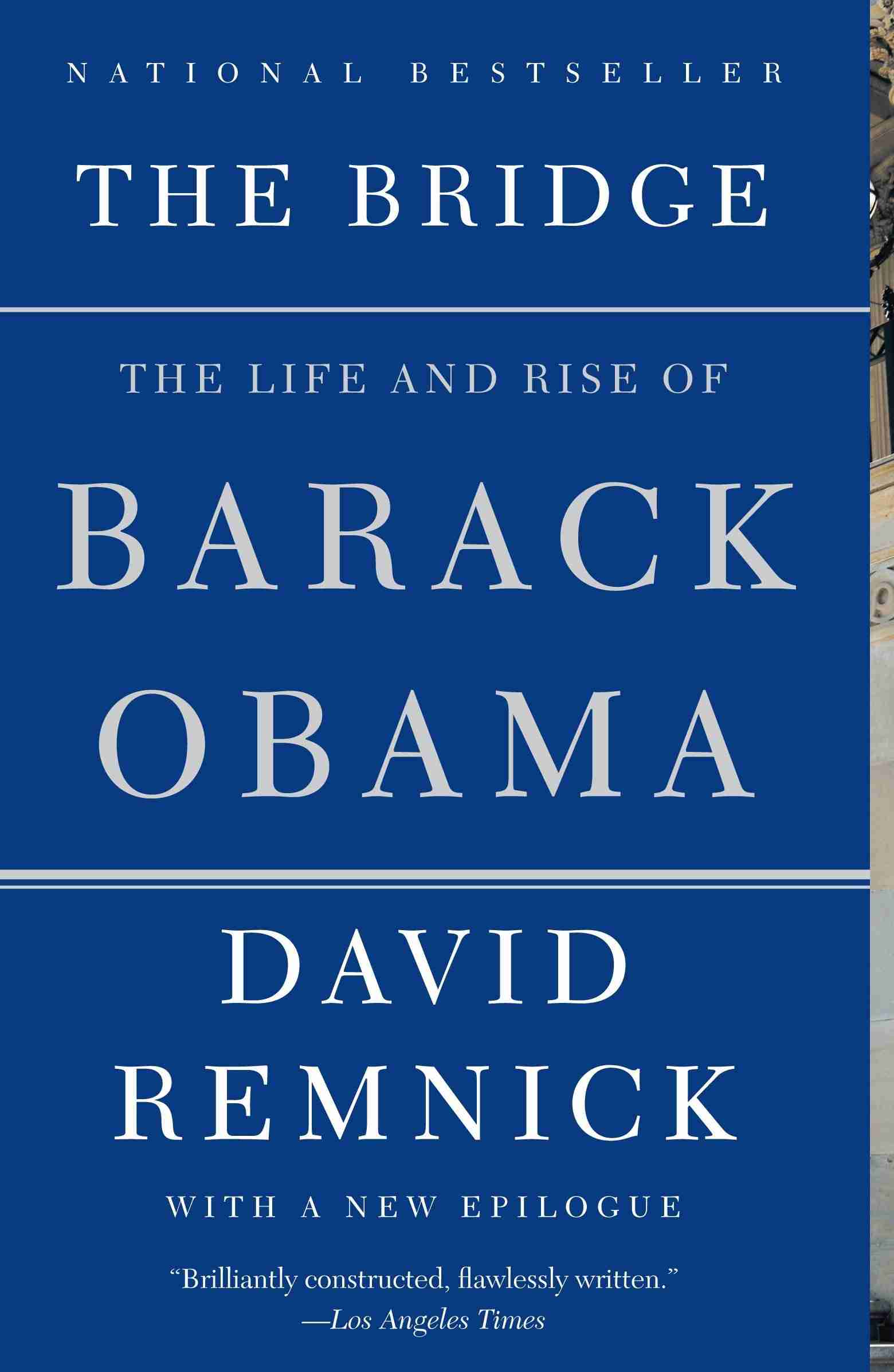 In this nuanced and complex portrait of Barack Obama, Pulitzer Prize-winner David Remnick offers a thorough, intricate, and riveting account of the unique experiences that shaped our nation’s first African American president.

Through extensive on-the-record interviews with friends and teachers, mentors and disparagers, family members and Obama himself, Remnick explores the elite institutions that first exposed Obama to social tensions, and the intellectual currents that contributed to his identity. Using America’s racial history as a backdrop for Obama’s own story, Remnick further reveals how an initially rootless and confused young man built on the experiences of an earlier generation of black leaders to become one of the central figures of our time.

Dreams from my Father by Barack Obama 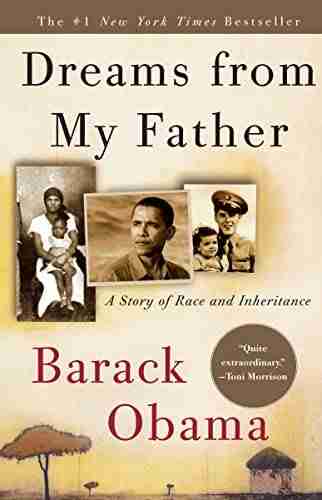 In this lyrical, unsentimental, and compelling memoir, the son of a black African father and a white American mother searches for a workable meaning to his life as a black American. It begins in New York, where Barack Obama learns that his father – a figure he knows more as a myth than as a man – has been killed in a car accident. This sudden death inspires an emotional odyssey – first to a small town in Kansas, from which he retraces the migration of his mother’s family to Hawaii, and then to Kenya, where he meets the African side of his family, confronts the bitter truth of his father’s life, and at last reconciles his divided inheritance. 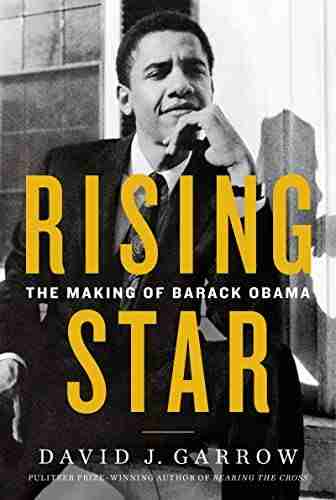 This gem among books on Barack Obama captivatingly describes his tumultuous upbringing as a young black man attending an almost all-white, elite private school in Honolulu while being raised almost exclusively by his white grandparents. After recounting Obama’s college years in California and New York, Garrow charts Obama’s time as a Chicago community organizer, working in some of the city’s roughest neighborhoods; his years at the top of his Harvard Law School class; and his return to Chicago, where Obama honed his skills as a hard-knuckled politician, first in the state legislature and then as a candidate for the United States Senate.

Detailing a scintillating, behind-the-scenes account of Obama’s 2004 speech, a moment that labeled him the Democratic Party’s “rising star,” Garrow also chronicles Obama’s four years in the Senate, weighing his stands on various issues against positions he had taken years earlier, and recounts his thrilling run for the White House in 2008.

This is a gripping read about a young man born into uncommon family circumstances, whose faith in his own talents came face-to-face with fantastic ambitions and a desire to do good in the world. 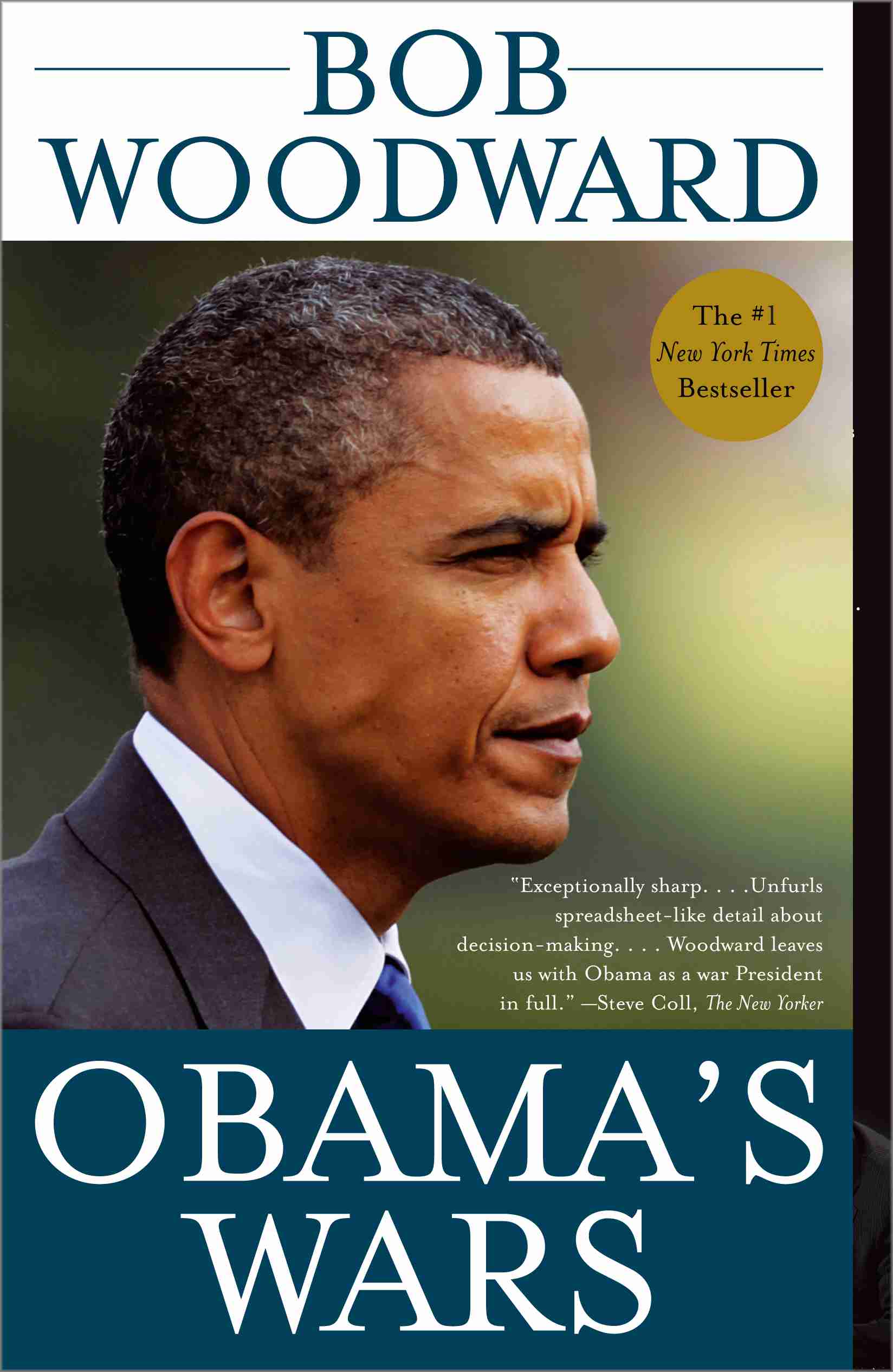 In Obama’s Wars, Bob Woodward provides the most intimate and sweeping portrait yet of the young president as commander in chief. Drawing on internal memos, classified documents, meeting notes and hundreds of hours of interviews with most of the key players, including the president, Woodward tells the inside story of Obama making the critical decisions on the Afghanistan War, the secret campaign in Pakistan, and the worldwide fight against terrorism.

At the core of Obama’s Wars is the unsettled division between the civilian leadership in the White House and the United States military as the president is thwarted in his efforts to craft an exit plan for the Afghanistan War.

Hovering over this debate is the possibility of another terrorist attack in the United States. The White House led a secret exercise showing how unprepared the government is if terrorists set off a nuclear bomb in an American city – which Obama told Woodward is at the top of the list of what he worries about all the time.

A Promised Land by Barack Obama 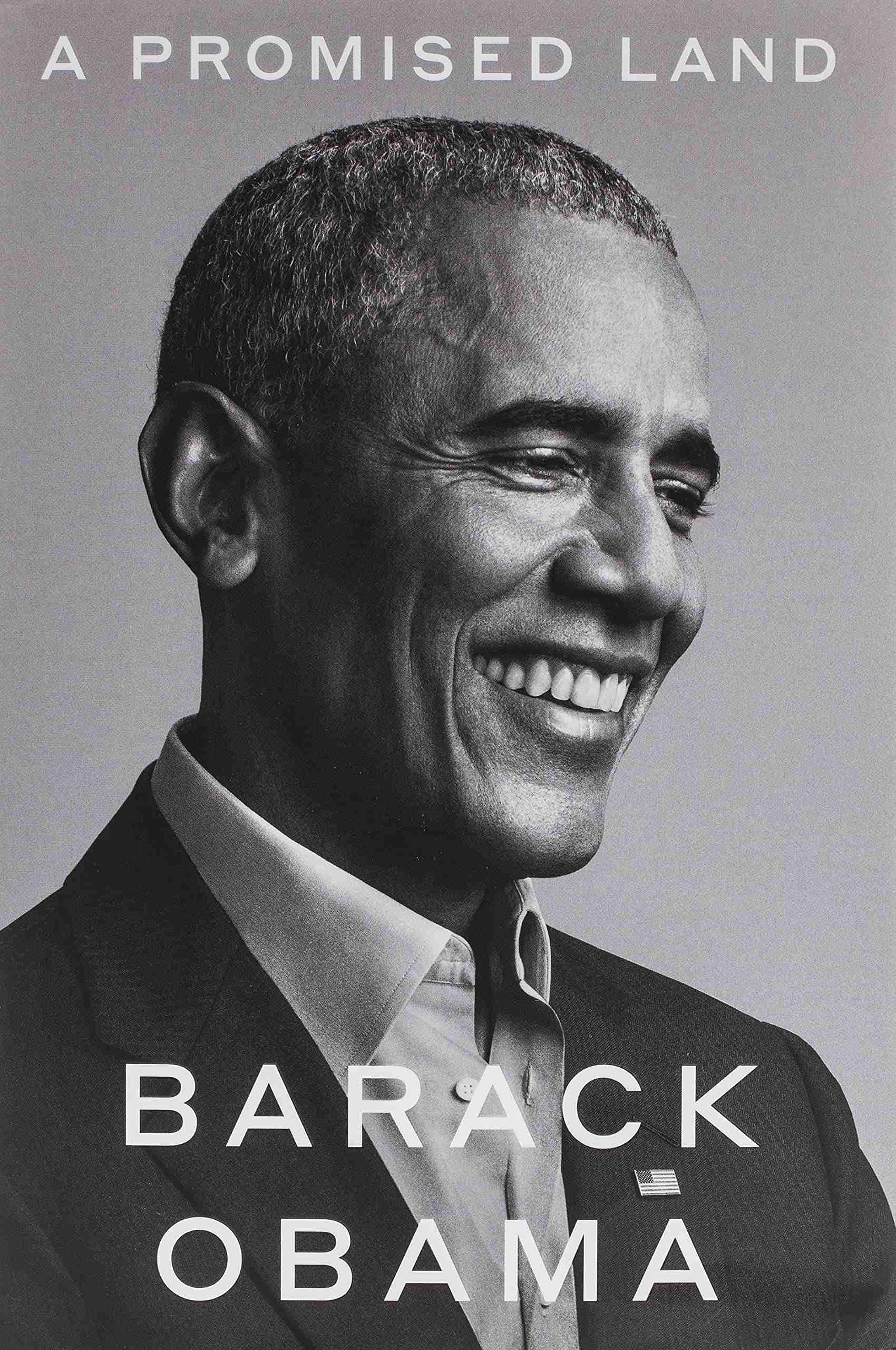 In the stirring, highly anticipated first volume of his presidential memoirs, Barack Obama tells the story of his improbable odyssey from young man searching for his identity to leader of the free world, describing in strikingly personal detail both his political education and the landmark moments of the first term of his historic presidency – a time of dramatic transformation and turmoil.

Obama takes readers on a compelling journey from his earliest political aspirations to the pivotal Iowa caucus victory that demonstrated the power of grassroots activism to the watershed night of November 4, 2008, when he was elected 44th president of the United States, becoming the first African American to hold the nation’s highest office.

Reflecting on the presidency, he offers a unique and thoughtful exploration of both the awesome reach and the limits of presidential power, as well as singular insights into the dynamics of U.S. partisan politics and international diplomacy. Obama brings readers inside the Oval Office and the White House Situation Room, and to Moscow, Cairo, Beijing, and points beyond. We are privy to his thoughts as he assembles his cabinet, wrestles with a global financial crisis, takes the measure of Vladimir Putin, overcomes seemingly insurmountable odds to secure passage of the Affordable Care Act, clashes with generals about U.S. strategy in Afghanistan, tackles Wall Street reform, responds to the devastating Deepwater Horizon blowout, and authorizes Operation Neptune’s Spear, which leads to the death of Osama bin Laden.

Barack and Michelle by Christopher Andersen 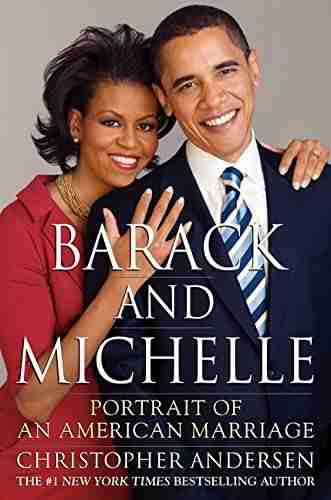 Subtitled Portrait of an American Marriage, here is the first in-depth look at the popular U.S. President and his beautiful, brilliant, and stylish First Lady. Andersen, already internationally acclaimed for his intimate portraits of the Kennedys, Bushs, and Clintons now celebrates the unique union of President and Mrs. Obama with Barack and Michelle, shedding fascinating light on a romantic relationship and a political destiny like no other.

Game Change is the New York Times bestselling story of the 2008 presidential election, by John Heilemann and Mark Halperin, two of the best political reporters in the country. In the spirit of Richard Ben Cramer’s What It Takes and Theodore H. White’s The Making of the President 1960, this classic campaign trail book tells the defining story of a new era in American politics, going deeper behind the scenes of the Obama/Biden and McCain/Palin campaigns than any other account of the historic 2008 election.

The Oath by Jeffrey Toobin 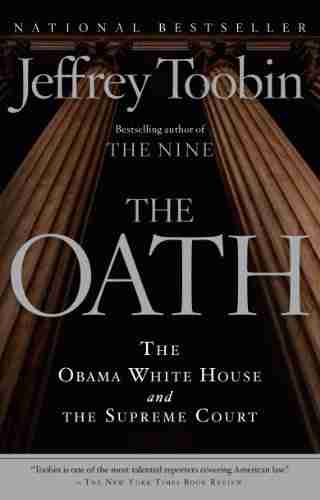 From the moment John Roberts, the chief justice of the United States, blundered through the Oath of Office at Barack Obama’s inauguration, the relationship between the Supreme Court and the White House has been confrontational. Both men are young, brilliant, charismatic, charming, determined to change the course of the nation, and completely at odds on almost every major constitutional issue.

This ideological war will crescendo during the 2011-2012 term, in which several landmark cases are on the Court’s docket – most crucially, a challenge to Obama’s controversial health-care legislation. With four new justices joining the Court in just five years, including Obama’s appointees Sonia Sotomayor and Elena Kagan, this is a dramatically – and historically – different Supreme Court, playing for the highest of stakes.

The Audacity of Hope by Barack Obama 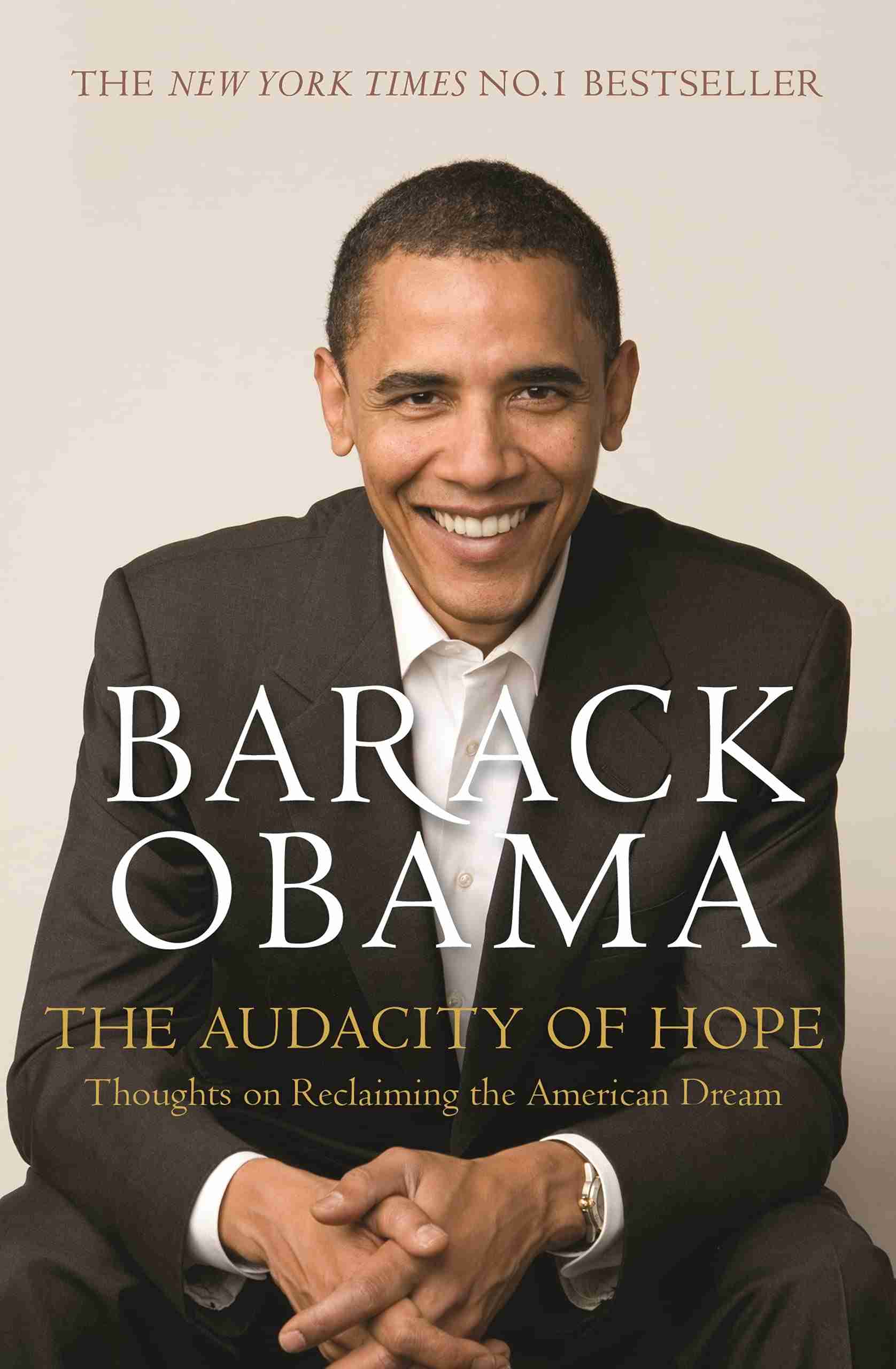 In July 2004, four years before his presidency, Barack Obama electrified the Democratic National Convention with an address that spoke to Americans across the political spectrum. One phrase in particular anchored itself in listeners’ minds, a reminder that for all the discord and struggle to be found in our history as a nation, we have always been guided by a dogged optimism in the future, or what Obama called “the audacity of hope.”

The Audacity of Hope is Barack Obama’s call for a different brand of politics – a politics for those weary of bitter partisanship and alienated by the “endless clash of armies” we see in congress and on the campaign trail; a politics rooted in the faith, inclusiveness, and nobility of spirit at the heart of “our improbable experiment in democracy.”

He explores those forces – from the fear of losing to the perpetual need to raise money to the power of the media – that can stifle even the best-intentioned politician. He also writes, with surprising intimacy and self-deprecating humor, about settling in as a senator, seeking to balance the demands of public service and family life, and his own deepening religious commitment.

If you enjoyed this guide to essential books on Barack Obama, check out our list of The 10 Best Books on President Bill Clinton!