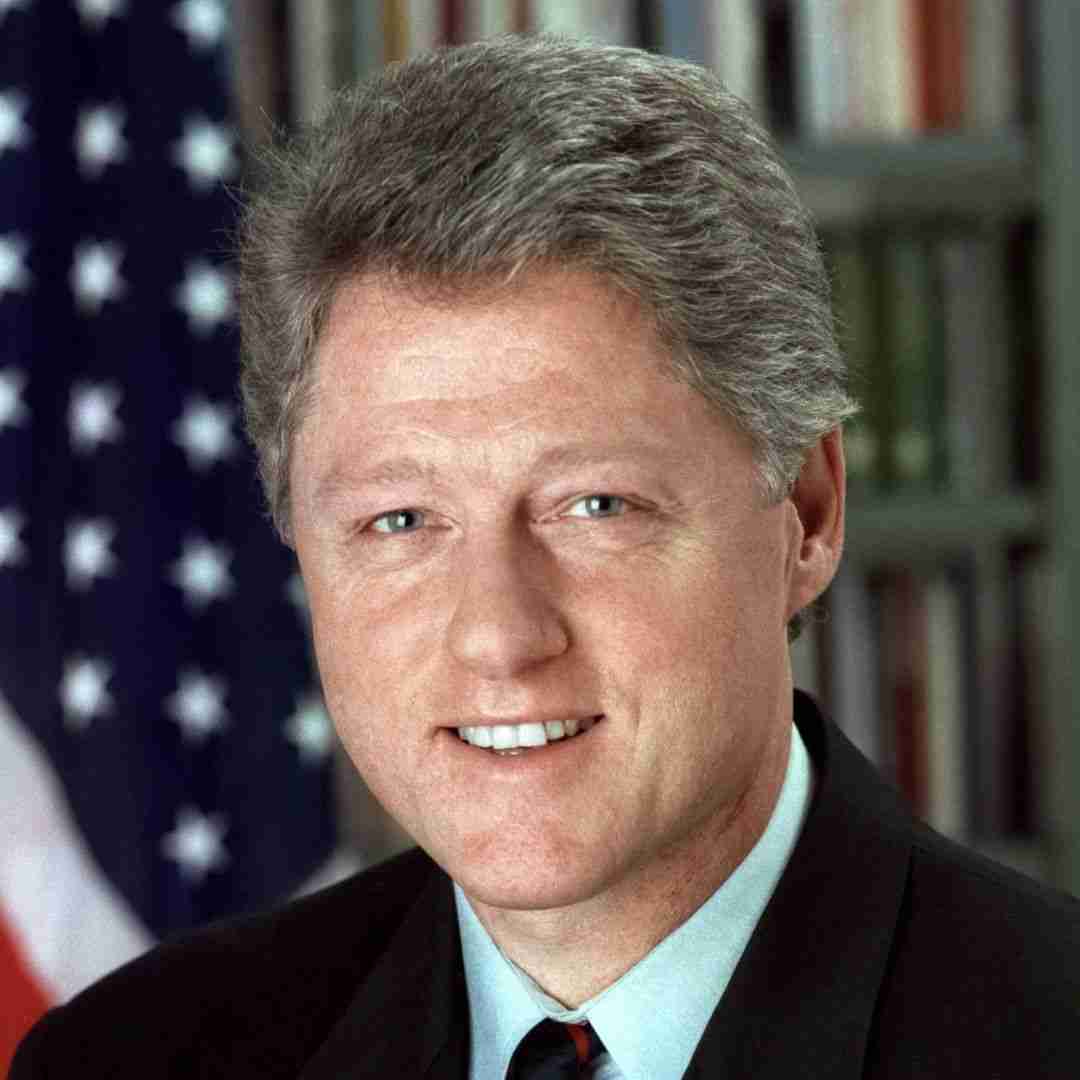 There are countless books on Bill Clinton, and it comes with good reason, after being elected America’s forty-second President, he navigated a world finding its way as the Cold War ended and presided over the longest period of peacetime economic expansion in American history.

In order to get to the bottom of what inspired one of America’s most consequential figures to the height of political power, we’ve compiled a list of the 10 best books on Bill Clinton.

My Life by Bill Clinton 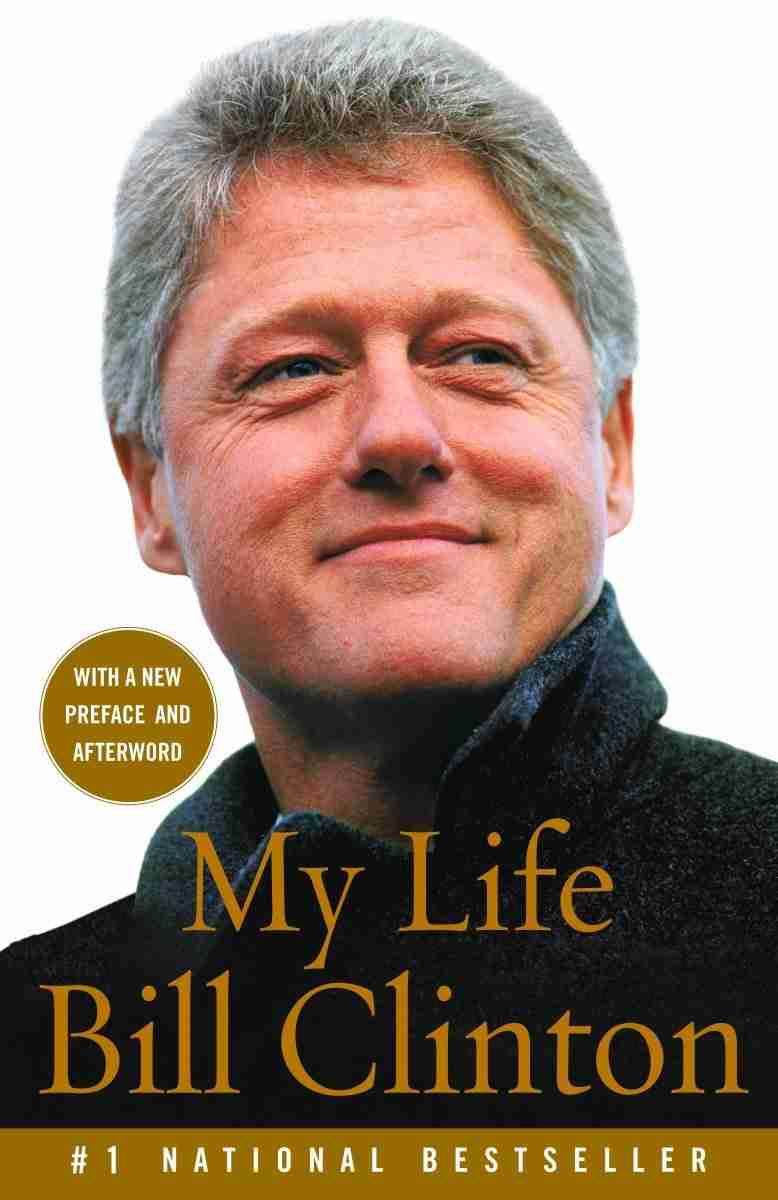 My Life shares with us the progress of Bill Clinton, who, through his own enormous energies and efforts, made the unlikely journey from Hope, Arkansas, to the White House – a journey fueled by an impassioned interest in the political process which manifested itself at every stage of his life: in college, working as an intern for Senator William Fulbright; at Oxford, becoming part of the Vietnam War protest movement; at Yale Law School, campaigning on the grassroots level for Democratic candidates; back in Arkansas, running for Congress, attorney general, and governor.

We come to understand the emotional pressures of his youth – born after his father’s death; caught in the dysfunctional relationship between his feisty, nurturing mother and his abusive stepfather, whom he never ceased to love and whose name he took; drawn to the brilliant, compelling Hillary Rodham, whom he was determined to marry; passionately devoted, from her infancy, to their daughter, Chelsea, and to the entire experience of fatherhood; slowly and painfully beginning to comprehend how his early denial of pain led him at times into damaging patterns of behavior.

President Clinton’s book is also the fullest, most concretely detailed, most nuanced account of a presidency ever written – encompassing not only the high points and crises but the way the presidency actually works: the day-to-day bombardment of problems, personalities, conflicts, setbacks, achievements.

The Survivor by John F. Harris 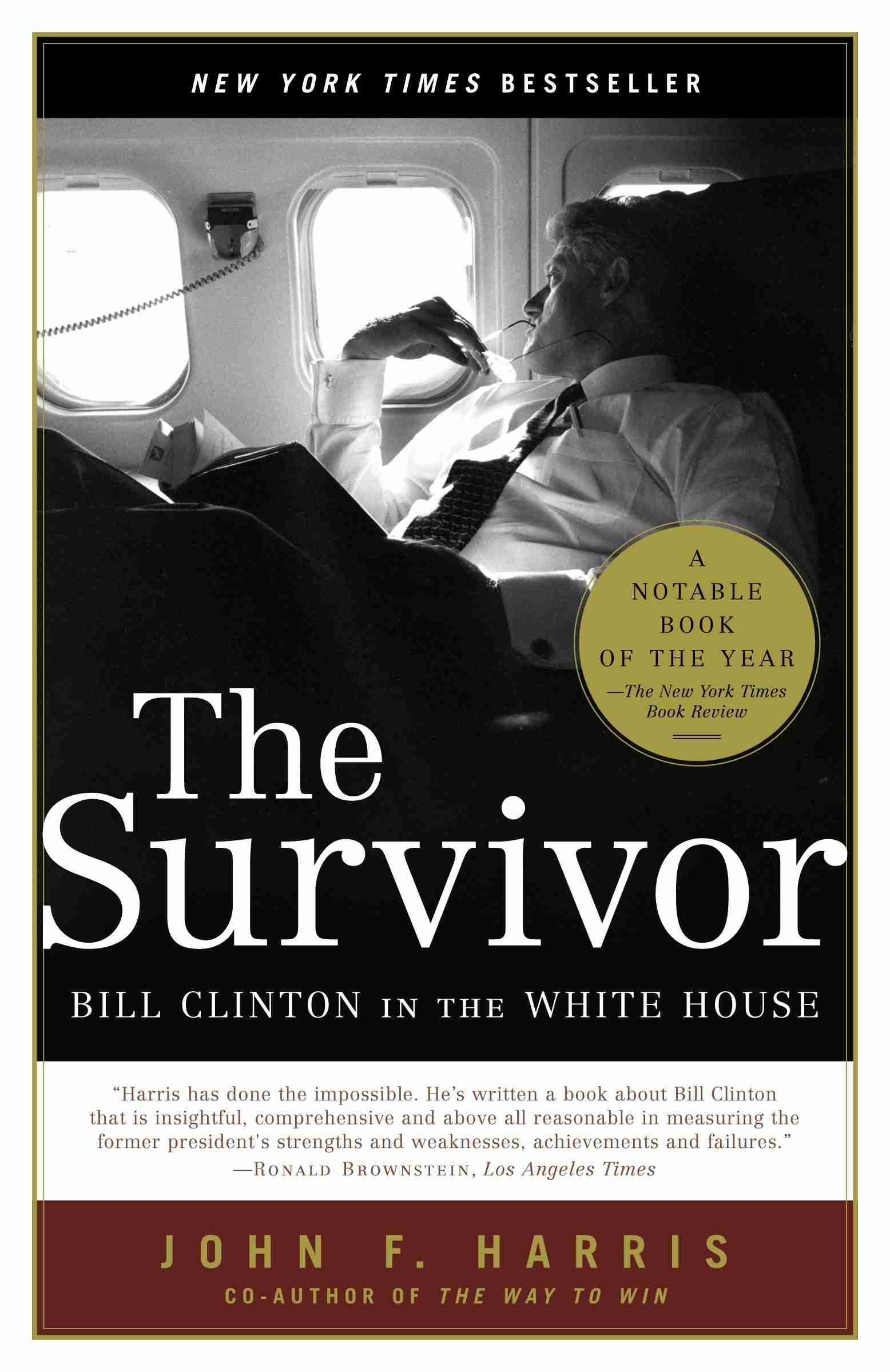 Harris shows Clinton entering the Oval Office in 1993 primed to make history. But with the Cold War recently concluded and the country coming off a nearly uninterrupted generation of Republican presidents, the new president’s entry into this maelstrom of events was tumultuous. His troubles were exacerbated by the habits, personal contacts, and management style he had developed in his years as governor of Arkansas.

Clinton’s enthusiasm and temper were legendary, and he and Hillary Rodham Clinton – whose ambitions and ordeals also fill these pages – arrived filled with mistrust about many of the characters who greeted them in the “permanent Washington” that often holds the reins in the nation’s capital.

Showing surprising doggedness and a deep-set desire to govern from the middle, Clinton repeatedly rose to the challenges; eventually winning over (or running over) political adversaries on both sides of the aisle – sometimes facing as much skepticism from fellow Democrats as from his Republican foes.

But as Harris shows in his accounts of political debacles such as the attempted overhaul of health care, Clinton’s frustrations in the war against terrorism, and the numerous personal controversies that time and again threatened to consume his presidency, Bill Clinton could never manage to outrun his tendency to favor conciliation over clarity, or his own destructive appetites.

First in His Class by David Maraniss 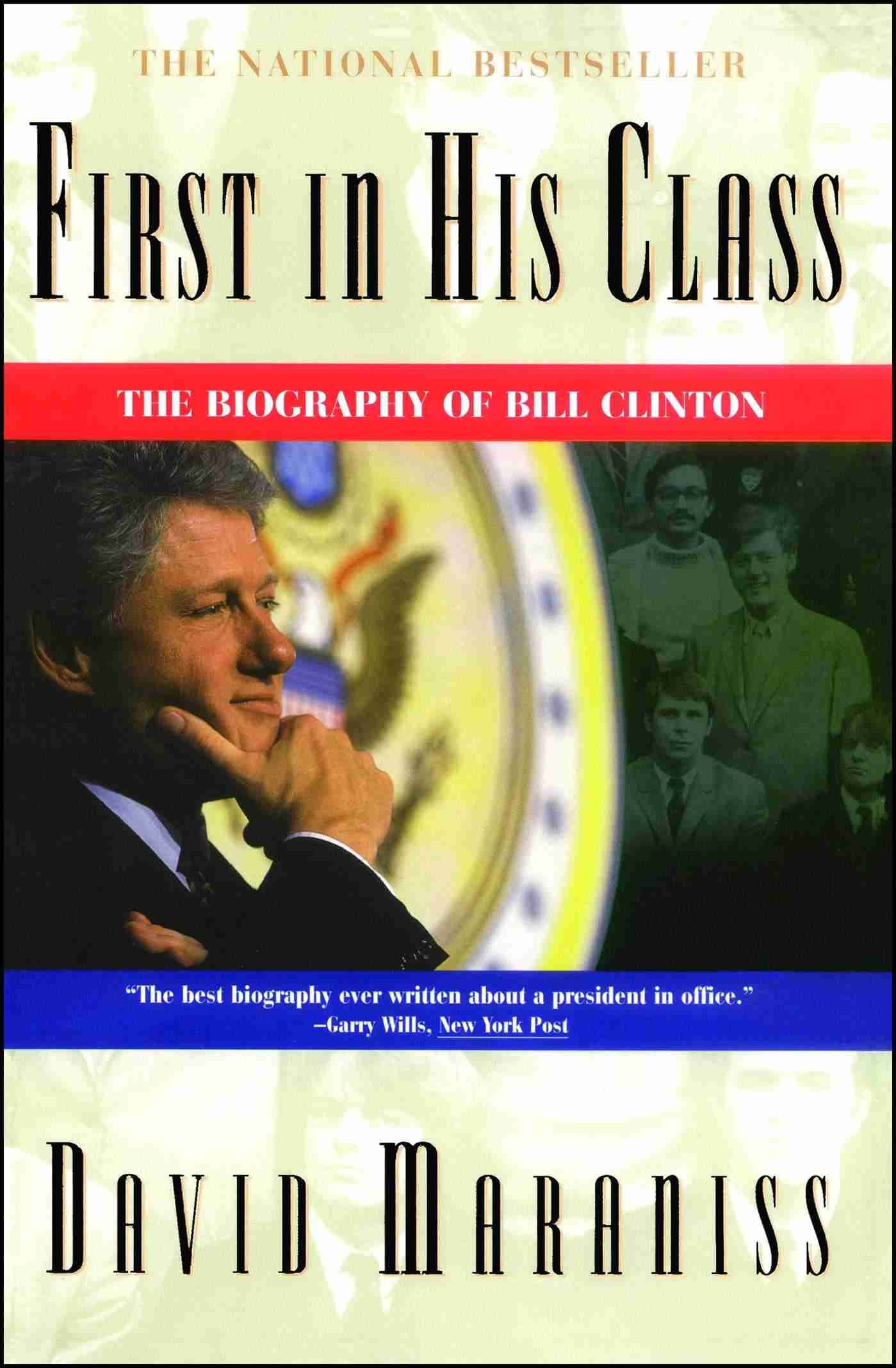 Drawing on hundreds of letters, documents, and interviews, David Maraniss explores the evolution of the personality of our forty-second president from his youth in Arkansas to his 1991 announcement that he would run for the nation’s highest office. In this richly textured and balanced gem among books on Bill Clinton, Maraniss reveals a complex man full of great flaws and great talents.

The Pact by Steven M. Gillon 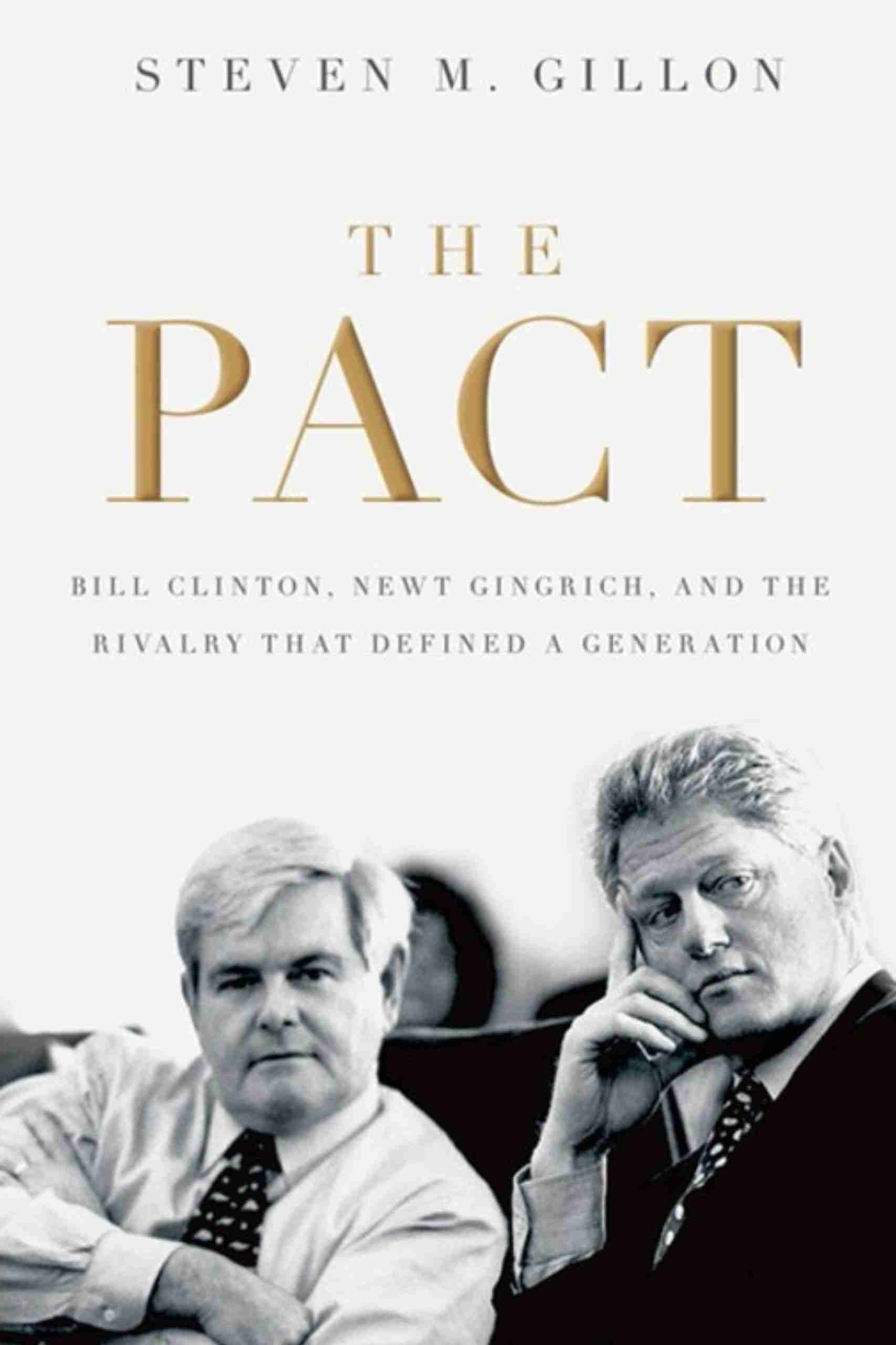 A fascinating look at politics American-style, The Pact offers a riveting account of two of America’s most charismatic and influential leaders, detailing both their differences and their striking similarities, and highlighting the profound and lasting impact the tumultuous 1960s had on both their personal and political lives.

With the cooperation of both President Clinton and Speaker Gingrich, interviews with key players who have never before spoken about their experiences, along with unprecedented access to Gingrich’s private papers, Gillon not only offers a behind-the-scenes look at the budget impasse and the government shutdown in 1995 – the famous face-off between Clinton and Gingrich – but he also reveals how the two moved closer together after 1996, closer than anyone knew.

In particular, the book illuminates their secret efforts to abandon the liberal and conservative wings of their own parties and strike a bi-partisan deal to reform the “third rail of American politics” – Social Security and Medicare. That potentially groundbreaking effort was swept away by the highly charged reaction to the Lewinsky affair, ending an initiative that might have transformed millions of American lives. 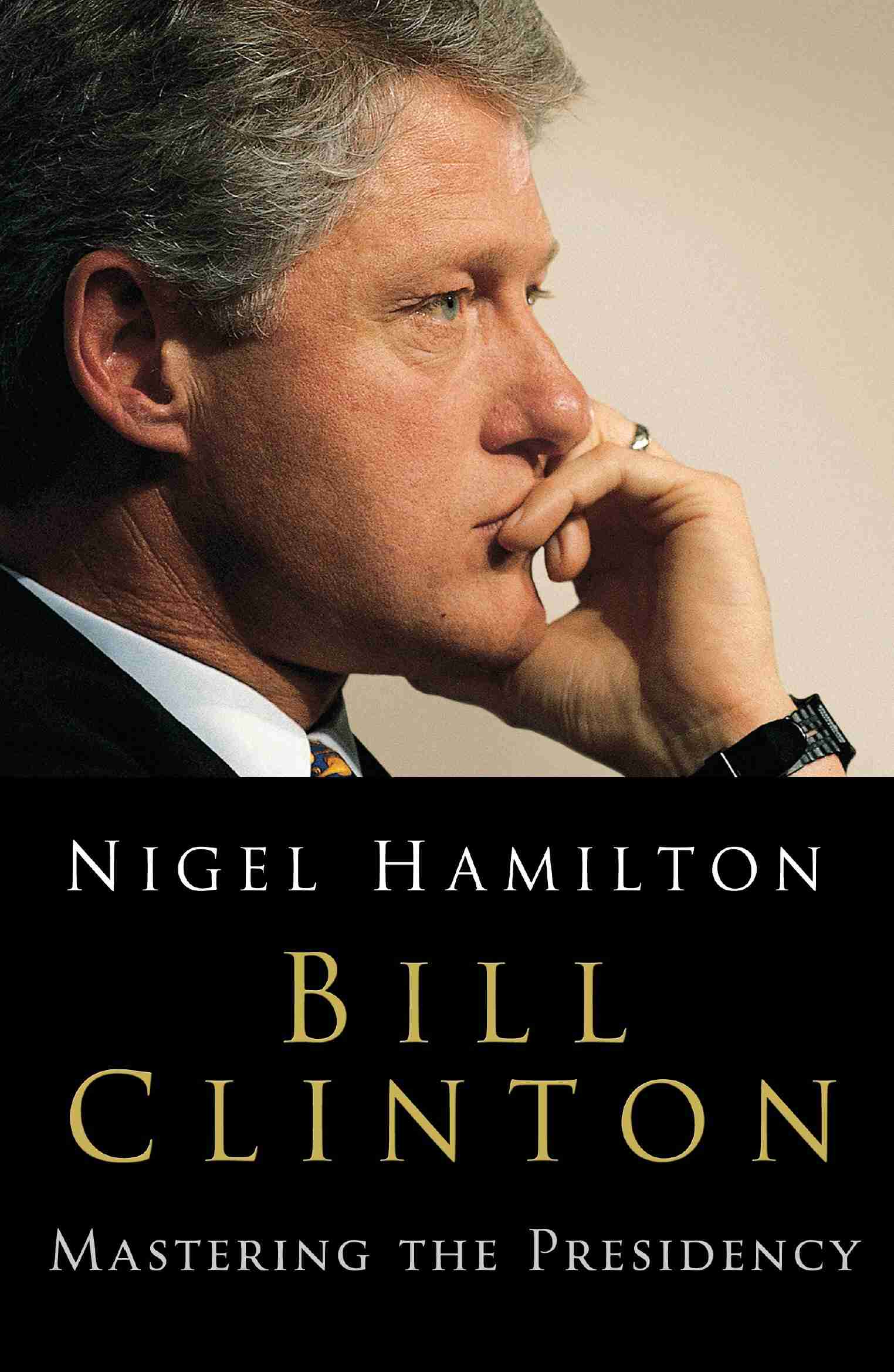 A decade-and-a-half after President William Jefferson Clinton first took the oath of office, biographer Nigel Hamilton tells the riveting story of what was possibly the greatest self-reinvention of a president in office in modern times.

The Clinton presidency began disastrously – kicking off with the worst transition in living memory and deteriorating through a series of fiascos, from gays in the military to Hillary Clinton’s failed health care reform. How Bill Clinton faced up to his failures and refashioned himself in the White House thereafter is an epic, hitherto unwritten story – a story that climaxes with the trouncing of Bob Dole in the landslide presidential election in 1996.

Clinton began his second term as the undisputed and tremendously popular leader of the Western world. In vivid prose, Hamilton charts Clinton’s dramatic reversal of fortune and his ultimate triumph over himself – and his foes.

In Search of Bill Clinton by John Gartner 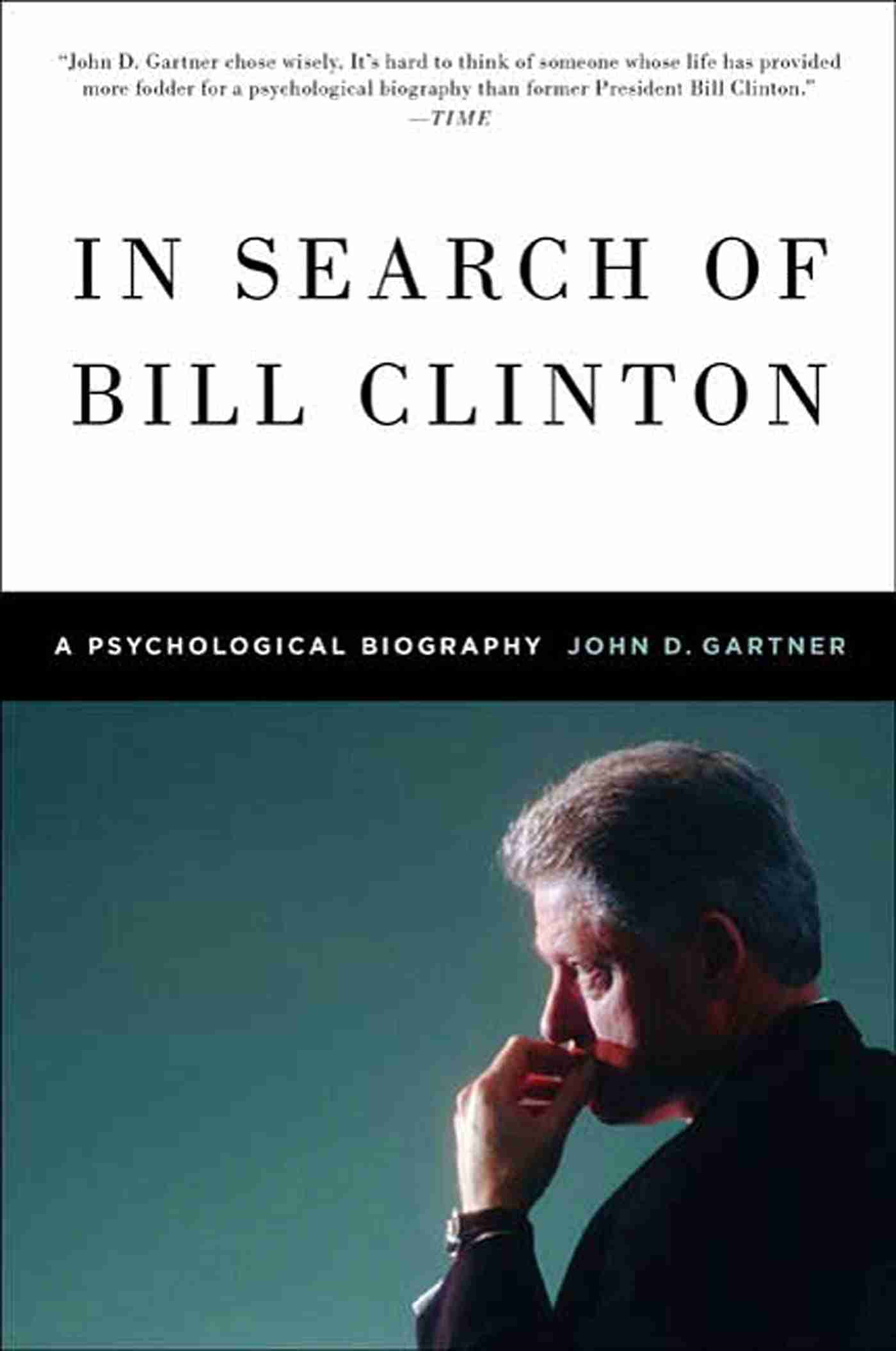 John Gartner’s In Search of Bill Clinton unravels the mystery at the heart of Clinton’s complex nature and why so many people fall under his spell. He tells the story we all thought we knew, from the fresh viewpoint of a psychologist, as he questions the well-crafted Clinton life story. Gartner, a therapist with an expertise in treating individuals with hypomanic temperaments, saw in Clinton the energy, creativity, and charisma that leads a hypomanic individual to success as well as the problems with impulse control and judgment, which frequently result in disastrous decision-making.

He knew, though, that if he wanted to find the real Bill Clinton he couldn’t rely on armchair psychology to provide the answer. He knew he had to travel to Arkansas and around the world to talk with those who knew Clinton and his family intimately. With his boots on the ground, Gartner uncovers long-held secrets about Clinton’s mother, the ambitious and seductive Virginia Kelley, her wild life in Hot Springs and the ghostly specter of his biological father, Bill Blythe, to uncover the truth surrounding Clinton’s rumor-filled birth.

He considers the abusive influence of Clinton’s alcoholic stepfather, Roger Clinton, to understand the repeated public abuse he invited both by challenging a hostile Republican Congress and engaging in the clandestine affair with Monica Lewinsky that led to his downfall. Of course, there is no marriage more dissected than that of the Clintons, both in the White House and on the Hillary Clinton presidential campaign trail. Instead of going down familiar paths, Gartner looks at that relationship with a new focus and clearly sees, in Hillary’s molding of Clinton into a more disciplined politician, the figure of Bill Clinton’s stern grandmother, Edith Cassidy, the woman who set limits on him at an early age.

A Complicated Man by Michael Takiff 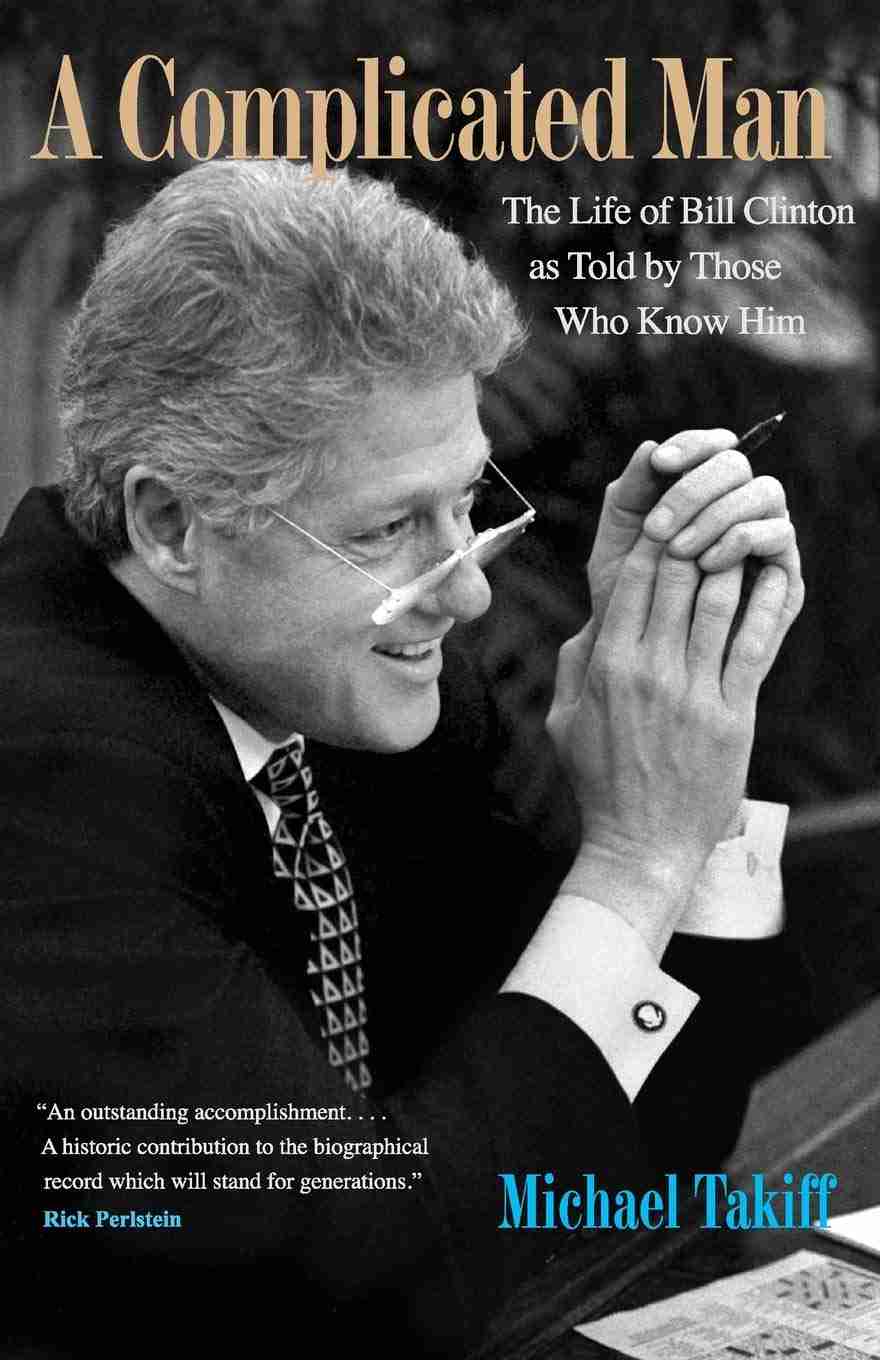 In the first complete oral history of Clinton’s life, historian Michael Takiff presents the first truly balanced book on one of our nation’s most controversial and fascinating presidents. Through more than 150 chronologically arranged interviews with key figures including Bob Dole, James Carville, and Tom Brokaw, among many others, A Complicated Man goes far beyond the well-worn party-line territory to capture the larger-than-life essence of Clinton the man.

With the tremendous attention given to the Lewinsky scandal, it is easy to overlook the president’s humble upbringing, as well as his many achievements at home and abroad: the longest economic boom in American history, a balanced budget, successful intervention in the Balkans, and a series of landmark, if controversial, free-trade agreements.

Bill and Hillary: The Marriage by Christopher Andersen 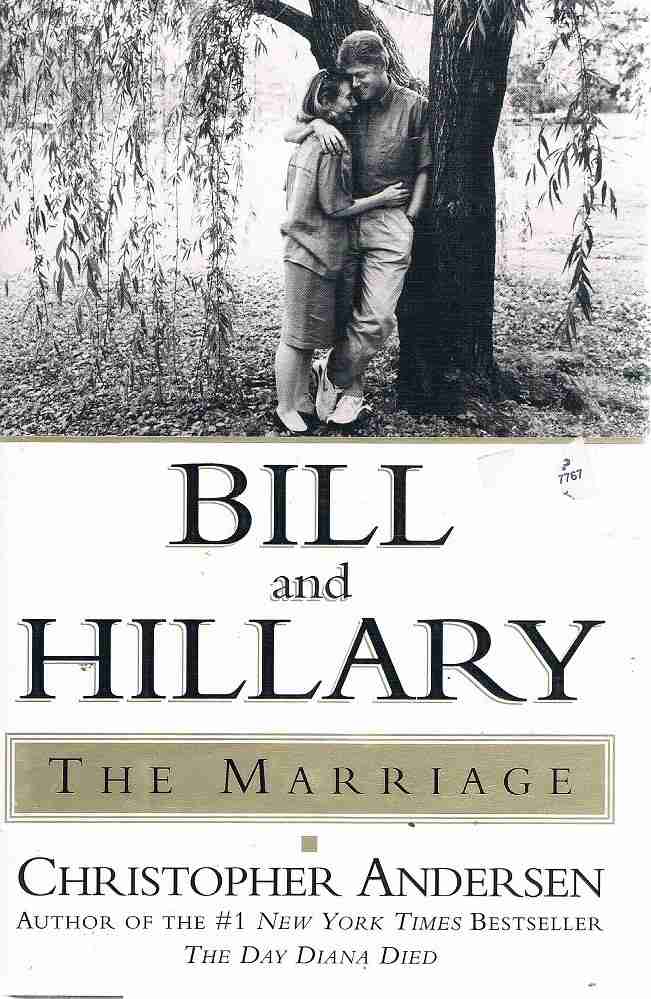 They are, by any definition, one of history’s most remarkable couples: he the irrepressible country-boy populist oozing ambition and Southern charm, she the brilliant lawyer with a taste for power and, in the end, an unshakable allegiance to the man in her life. Together, Bill and Hillary Clinton scaled the heights of power and prestige, only to have his wantonly reckless behavior bring them to the brink of personal and political ruin.

Despite the billions of words that have been written about Bill and Hillary, the true nature of their relationship remains a jealously guarded secret. Until now. Christopher Andersen draws on important sources – many speaking here for the first time – to take readers on a fascinating journey inside the world’s most talked-about marriage.

Among the revelations: the stormy clash between the President and the First Lady when he finally confessed his adultery to her; never-before-known details of their courtship, the real reason they stay together, and their bizarre links to Jack and Jackie Kennedy; from Barbra Steisand to a Miss America to Sharon Stone and Monica, the hundred of women in Bill’s life and how Hillary has handled them.

The Choice: How Bill Clinton Won by Bob Woodward 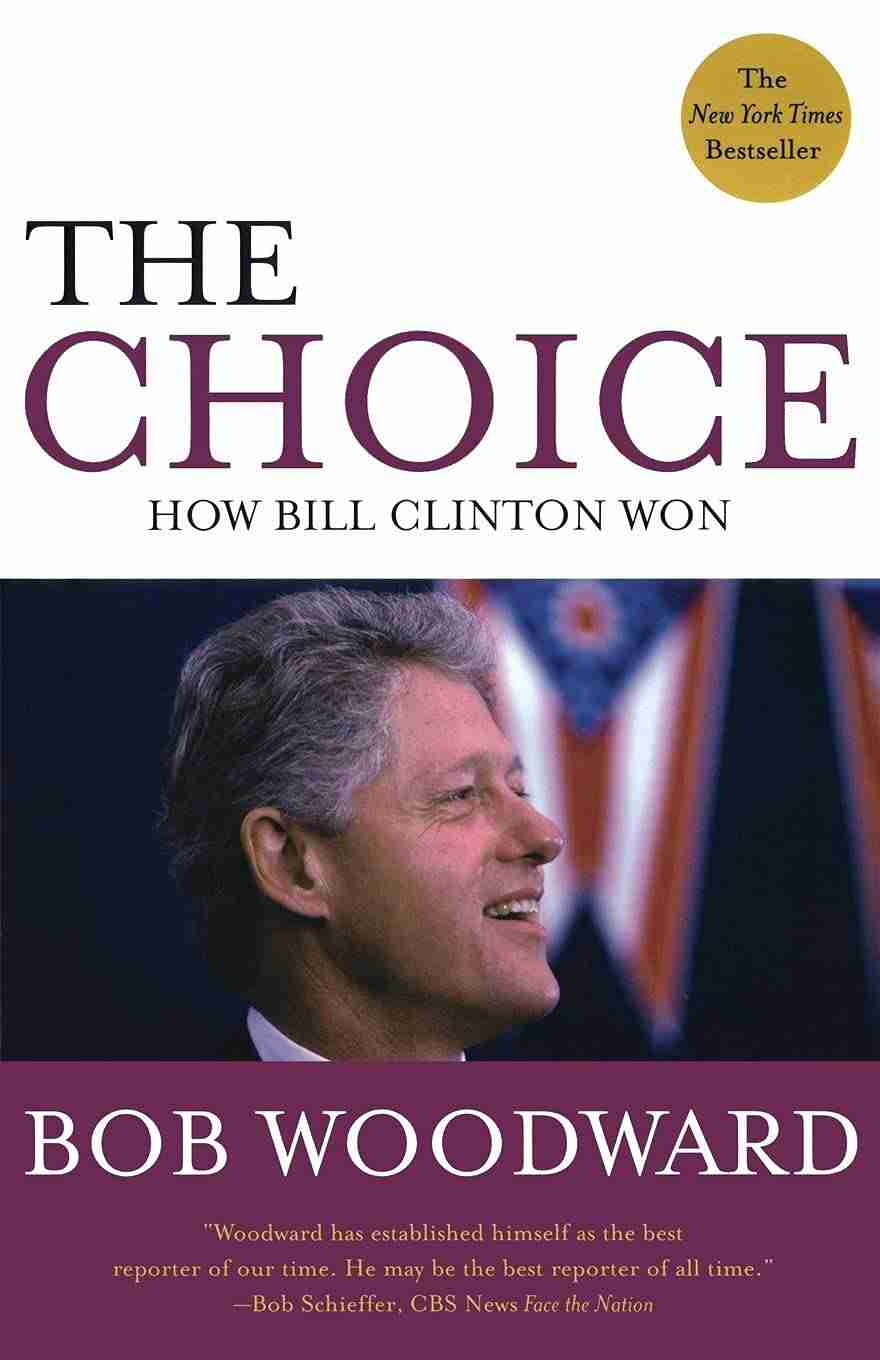 The Choice is Bob Woodward’s classic story of the quest for power, focusing on the 1996 presidential campaign as a case study of money, public opinion polling, attack advertising, handlers, consultants, and decision-making in the midst of electoral uncertainty. President Bill Clinton is examined in full in the contest with Senate Majority Leader Bob Dole, the Republican presidential nominee. The intimacy and detail of Woodward’s account of the candidates and their wives show the epic human struggle in this race for the White House.

The Natural by Joe Klein 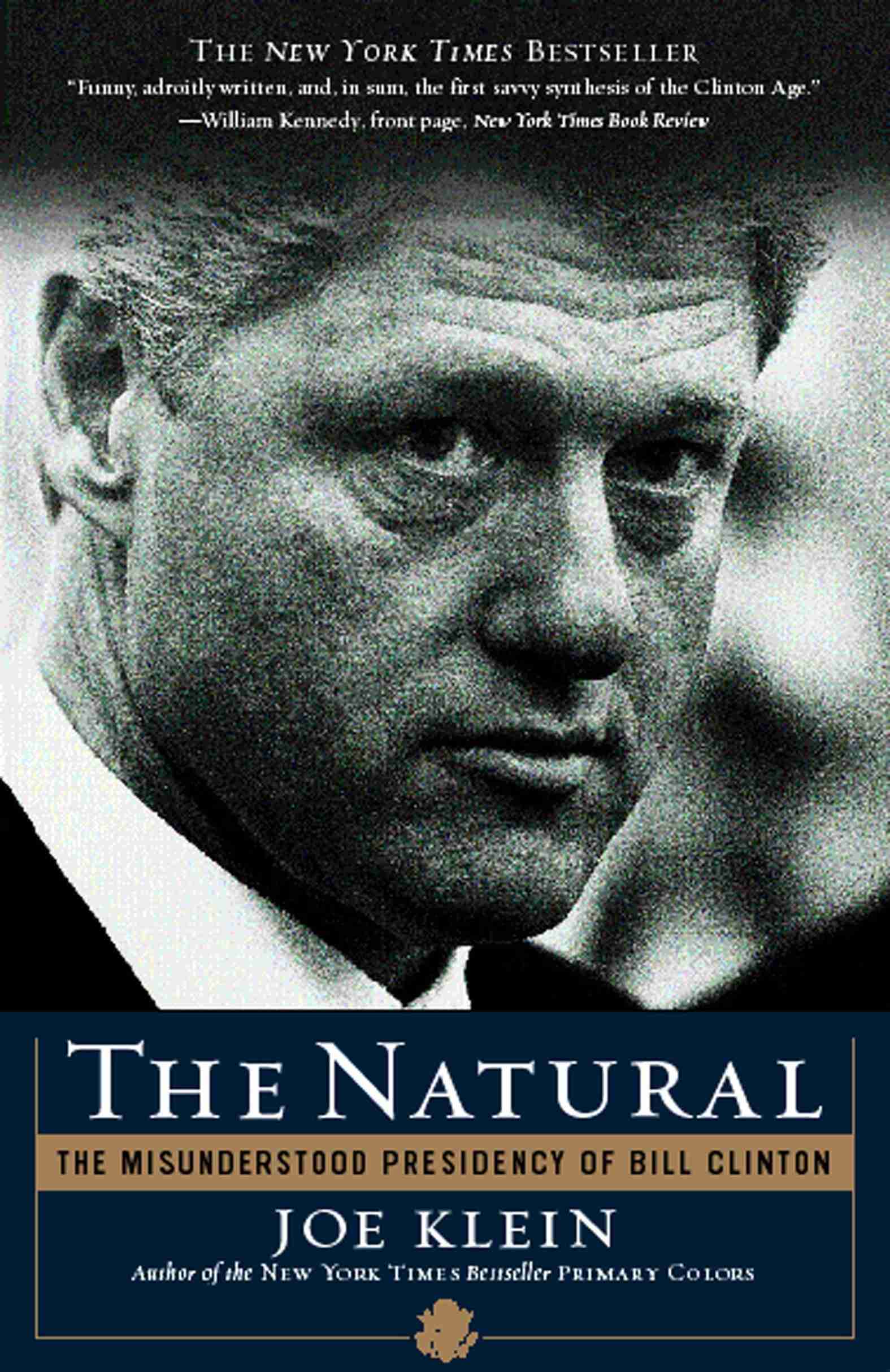 Astute, even-handed, and keenly intelligent, this necessary installment to the growing index of books on Bill Clinton is the one to read if you want to understand exactly what happened – to the military, to the economy, to the American people, to the country – during Clinton’s presidency, and how the decisions made during his tenure affect all of us today.

We see how the Clinton White House functioned on the inside, how it dealt with the maneuvers of Congress and the Gingrich revolution, and who held power and made the decisions during the endless crises that beset the administration. Klein’s access to the White House over the years as a journalist gave him a prime spot from which to view every crucial event – both political and personal – and he sets them forth in an insightful, readable, and completely engrossing manner.

If you enjoyed this guide to essential books on Bill Clinton, check out our list of The 15 Best Books on President John F. Kennedy!