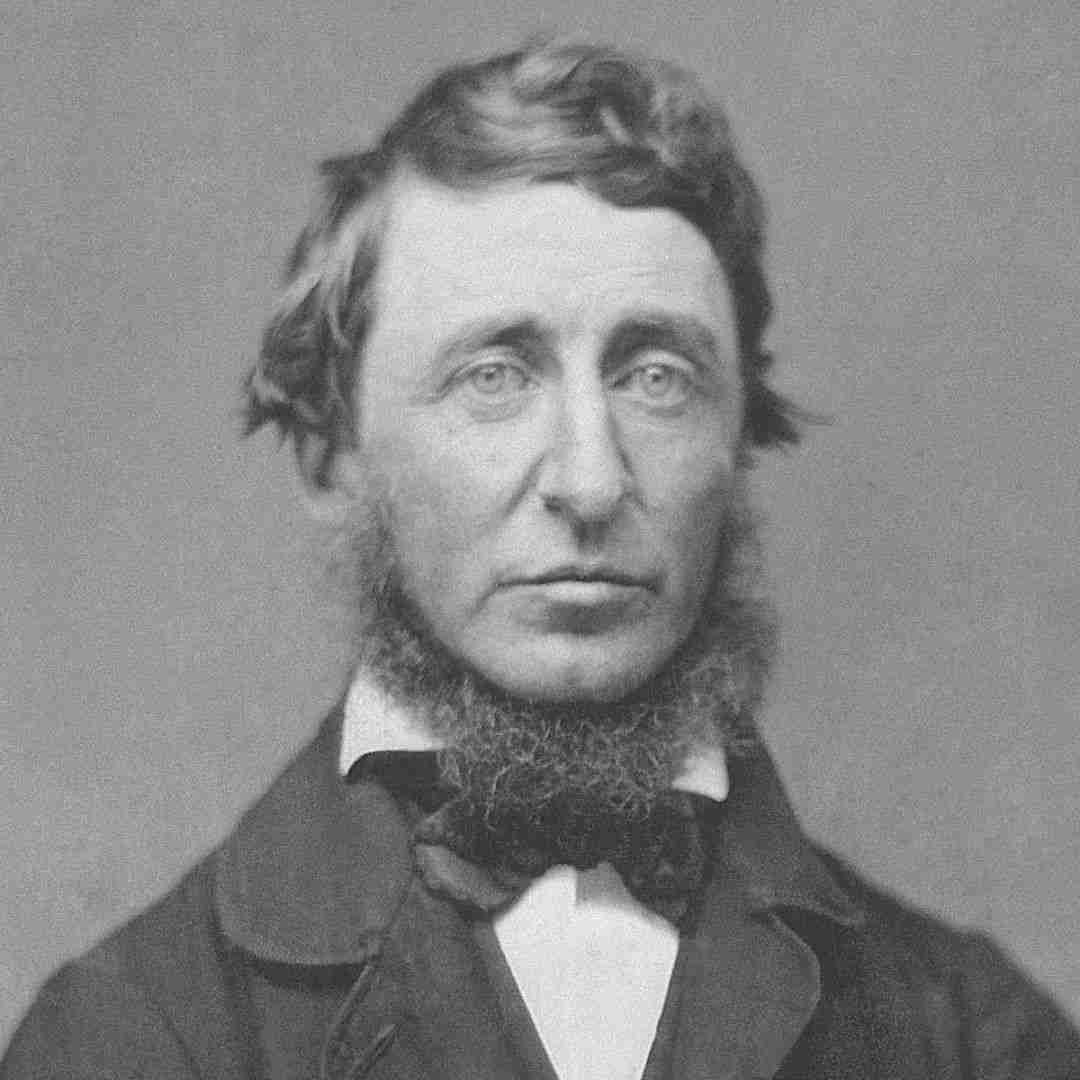 There are numerous books on Henry David Thoreau, and it comes with good reason, he was an American naturalist, essayist, philosopher, and poet who helped lead the Transcendentalism movement of the mid-19th century, which taught that divinity pervades all nature and humanity.

“You must live in the present, launch yourself on every wave, find your eternity in each moment. Fools stand on their island of opportunities and look toward another land. There is no other land; there is no other life but this,” he remarked.

In order to get to the bottom of what inspired one of history’s foremost intellectuals to the heights of societal contribution, we’ve compiled a list of the 10 best books on Henry David Thoreau. 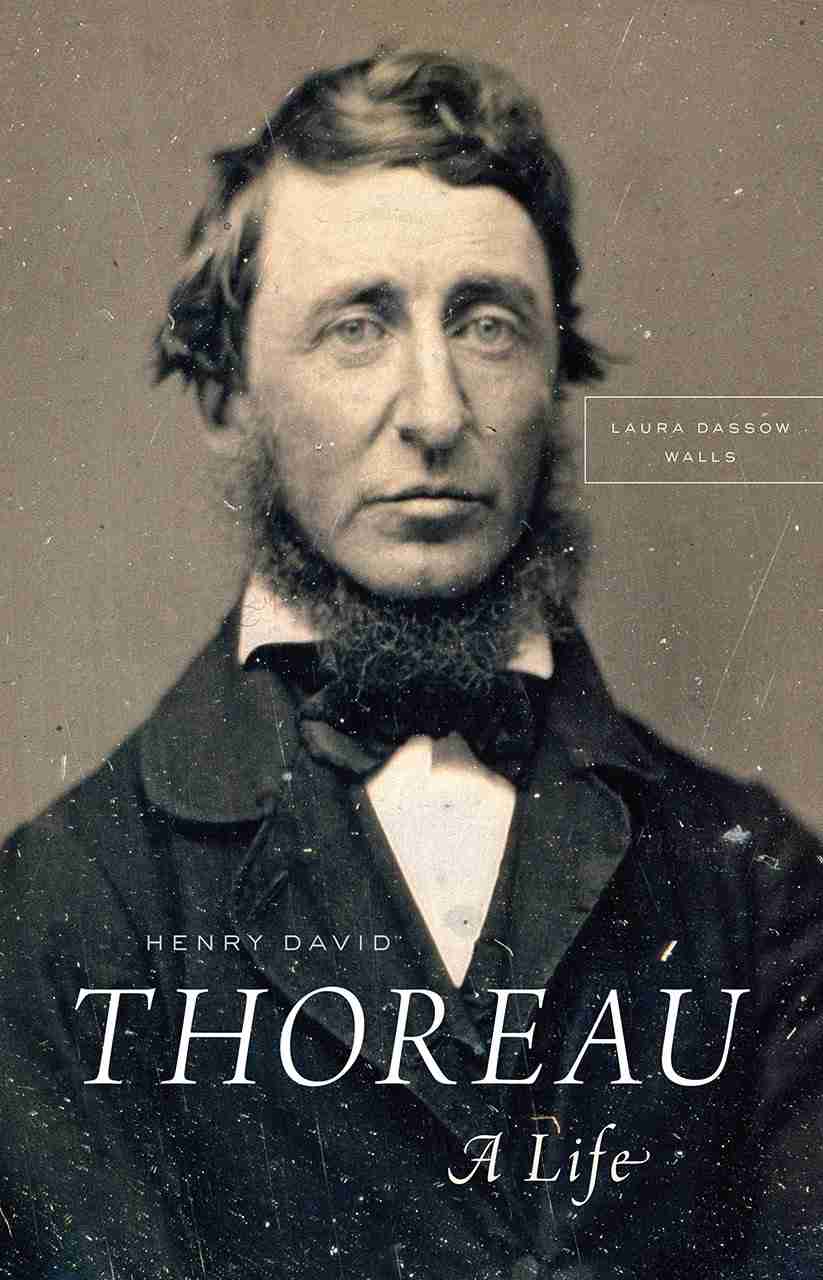 There was much more to Thoreau than his brief experiment in living at Walden Pond. A member of the vibrant intellectual circle centered on his neighbor Ralph Waldo Emerson, he was also an ardent naturalist, a manual laborer and inventor, a radical political activist, and more. Many books have taken up various aspects of Thoreau’s character and achievements, but, as Laura Dassow Walls writes, “Thoreau has never been captured between covers; he was too quixotic, mischievous, many-sided.”

Walls traces the full arc of Thoreau’s life, from his early days in the intellectual hothouse of Concord, when the American experiment still felt fresh and precarious, and “America was a family affair, earned by one generation and about to pass to the next.” By the time he died in 1862, at only forty-four years of age, Thoreau had witnessed the transformation of his world from a community of farmers and artisans into a bustling, interconnected commercial nation.

Drawing on Thoreau’s copious writings, published and unpublished, Walls presents a Thoreau vigorously alive in all his quirks and contradictions: the young man shattered by the sudden death of his brother; the ambitious Harvard College student; the ecstatic visionary who closed Walden with an account of the regenerative power of the Cosmos. We meet the man whose belief in human freedom and the value of labor made him an uncompromising abolitionist; the solitary walker who found society in nature, but also found his own nature in the society of which he was a deeply interwoven part.

The Days of Henry Thoreau by Walter Harding 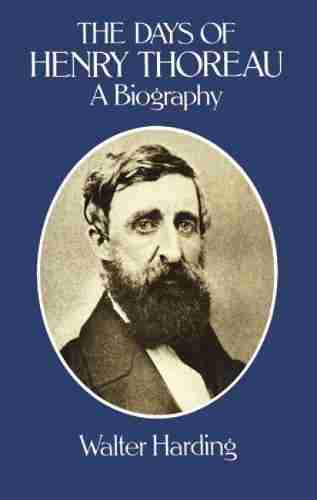 In this widely acclaimed hallmark among books on Henry David Thoreau, scholars will find the culmination of a lifetime of research and study, meticulously documented; general readers will find an absorbing story of a remarkable man. Writing always with supreme clarity, Professor Walter Harding has marshaled all the facts so as best to “let them speak for themselves.” Thoreau’s thoughtfulness and stubbornness, his more than ordinarily human amalgam of the earthy and the sublime, his unquenchable vitality emerge to the reader as they did to his own family, friends, and critics.

You will see Thoreau’s work in his family’s pencil factory, his accidental setting of a forest fire, his love of children and hatred of hypocrisy, his contributions to the scientific understanding of forest trees, and other more and less familiar aspects of the man and his works. You will find the social as well as the reclusive Thoreau. Reactions to him by such notable contemporaries as Margaret Fuller, Nathaniel Hawthorne, and Walt Whitman – with Thoreau’s responses to them – are given in rich detail. 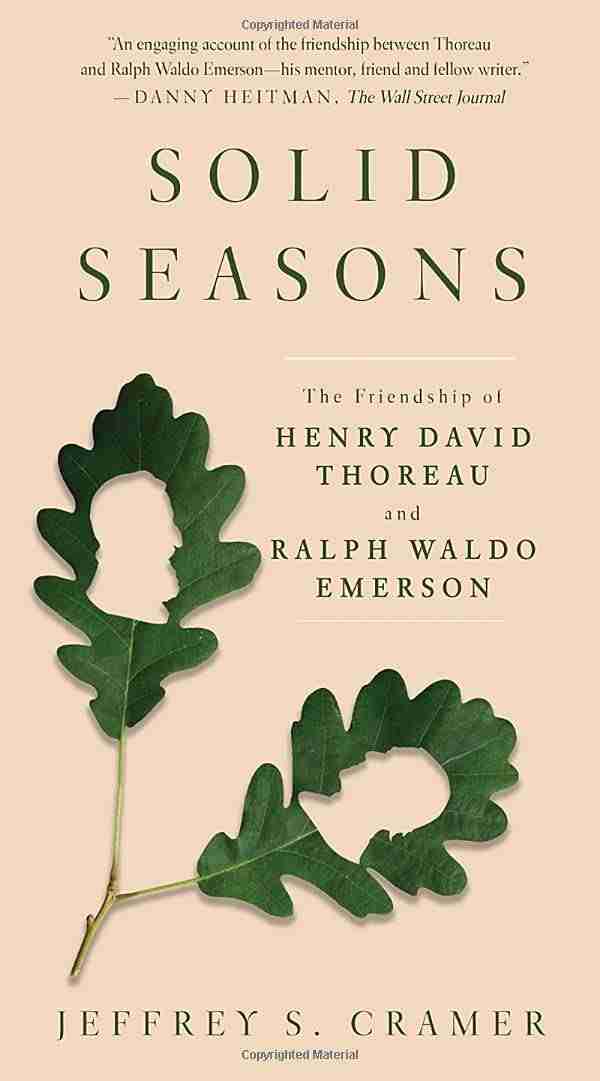 Any biography that concentrates on either Henry David Thoreau or Ralph Waldo Emerson tends to diminish the other figure, but in Solid Seasons both men remain central and equal. Through several decades of writing, friendship remained a primary theme for them both.

Collecting extracts from the letters and journals of both men, as well as words written about them by their contemporaries, Jeffrey S. Cramer beautifully illustrates the full nature of their twenty-five-year dialogue. Biographers like to point at the crisis in their friendship, focusing particularly on Thoreau’s disappointment in Emerson – rarely on Emerson’s own disappointment in Thoreau – and leaving it there, a friendship ruptured.

But the solid seasons remained, as is evident when, in 1878, Anne Burrows Gilchrist, the English writer and friend of Whitman, visited Emerson. She wrote that his memory of him was failing “as to recent names and topics but as is usual in such cases all the mental impressions that were made when he was in full vigor remain clear and strong.” As they chatted, Emerson called his wife, Lidian, 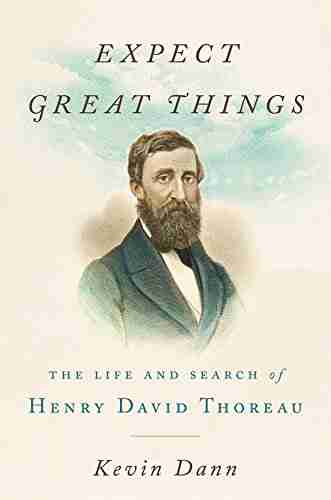 This sweeping, epic biography of Henry David Thoreau sees Thoreau’s world as the mystic himself saw it: filled with wonder and mystery; Native American myths and lore; wood sylphs, nature spirits, and fairies; battles between good and evil; and heroic struggles to live as a natural being in an increasingly synthetic world.

Above all, Expect Great Things critically and authoritatively captures Thoreau’s simultaneously wild and intellectually keen sense of the mystical, mythical, and supernatural. Other historians have skipped past or undervalued these aspects of Thoreau’s life. In this groundbreaking work, historian and naturalist Kevin Dann restores Thoreau’s esoteric visions and explorations to their rightful place as keystones of the man himself. 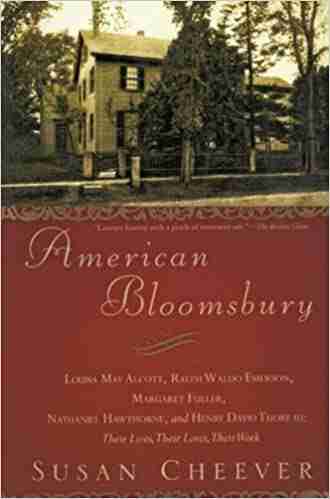 The 1850s were heady times in Concord, Massachusetts: in a town where a woman’s petticoat drying on an outdoor line was enough to elicit scandal, some of the greatest minds of our nation’s history were gathering in three of its wooden houses to establish a major American literary movement.

The Transcendentalists, as these thinkers came to be called, challenged the norms of American society with essays, novels, and treatises whose beautifully rendered prose and groundbreaking assertions still resonate with readers today. Though noted contemporary author Susan Cheever stands in awe of the monumental achievements of such writers as Ralph Waldo Emerson, Henry David Thoreau, Nathaniel Hawthorne, Herman Melville, and Louisa May Alcott, her personal, evocative narrative removes these figures from their dusty pedestals and provides a lively account of their longings, jealousies, and indiscretions.

Thus, Cheever reminds us that the passion of Concord’s ambitious and temperamental resident geniuses was by no means confined to the page. 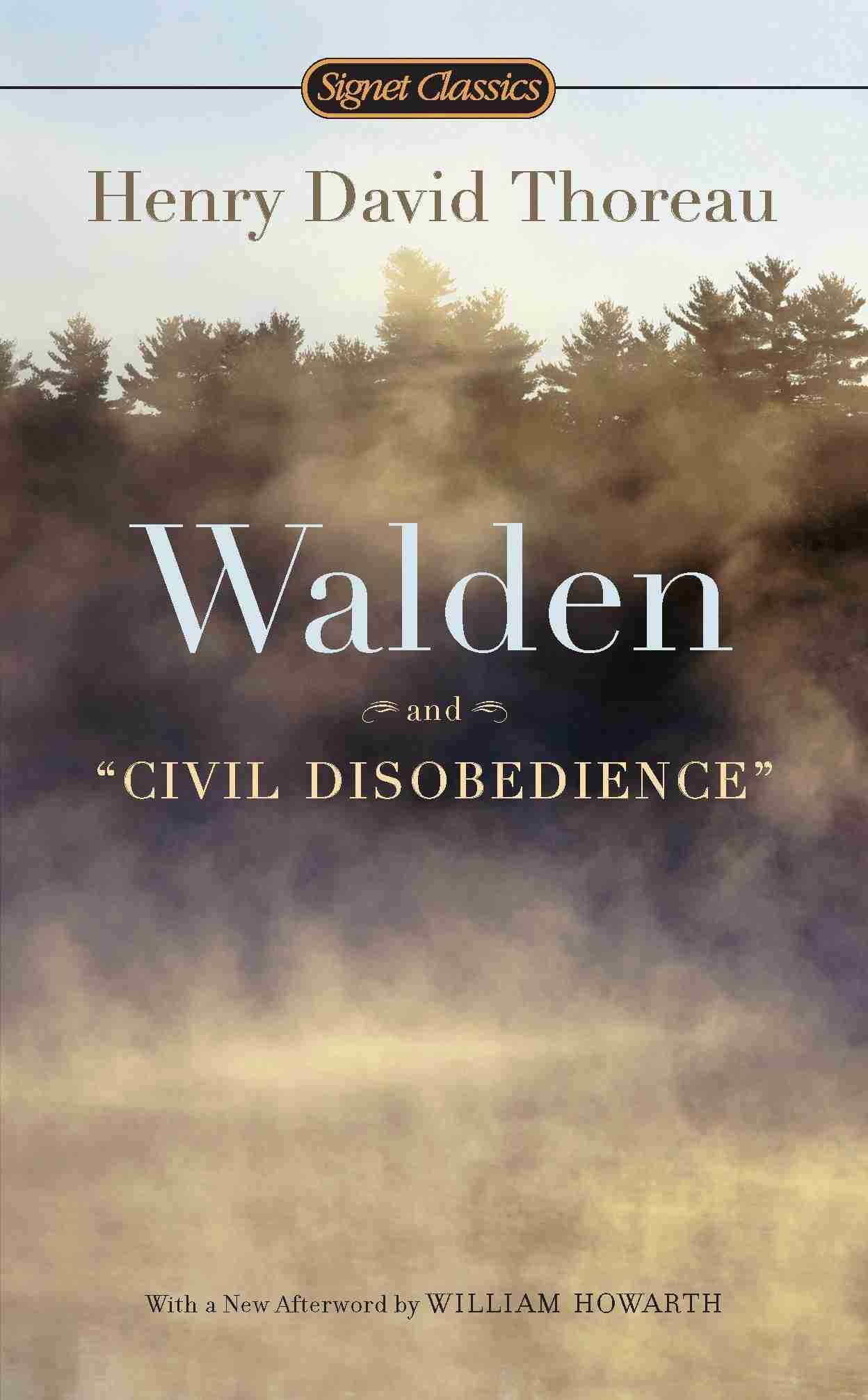 In 1845, Thoreau moved to a cabin that he built with his own hands along the shores of Walden Pond in Massachusetts. Shedding the trivial ties that he felt bound much of humanity, Thoreau reaped from the land both physically and mentally, and pursued truth in the quiet of nature. In Walden, he explains how separating oneself from the world of men can truly awaken the sleeping self. Thoreau holds fast to the notion that you have not truly existed until you adopt such a lifestyle – and only then can you reenter society, as an enlightened being.

These simple but profound musings – as well as “Civil Disobedience,” his protest against the government’s interference with civil liberty – have inspired many to embrace his philosophy of individualism and love of nature. More than a century and a half later, his message is more timely than ever.

The Journal of Henry David Thoreau 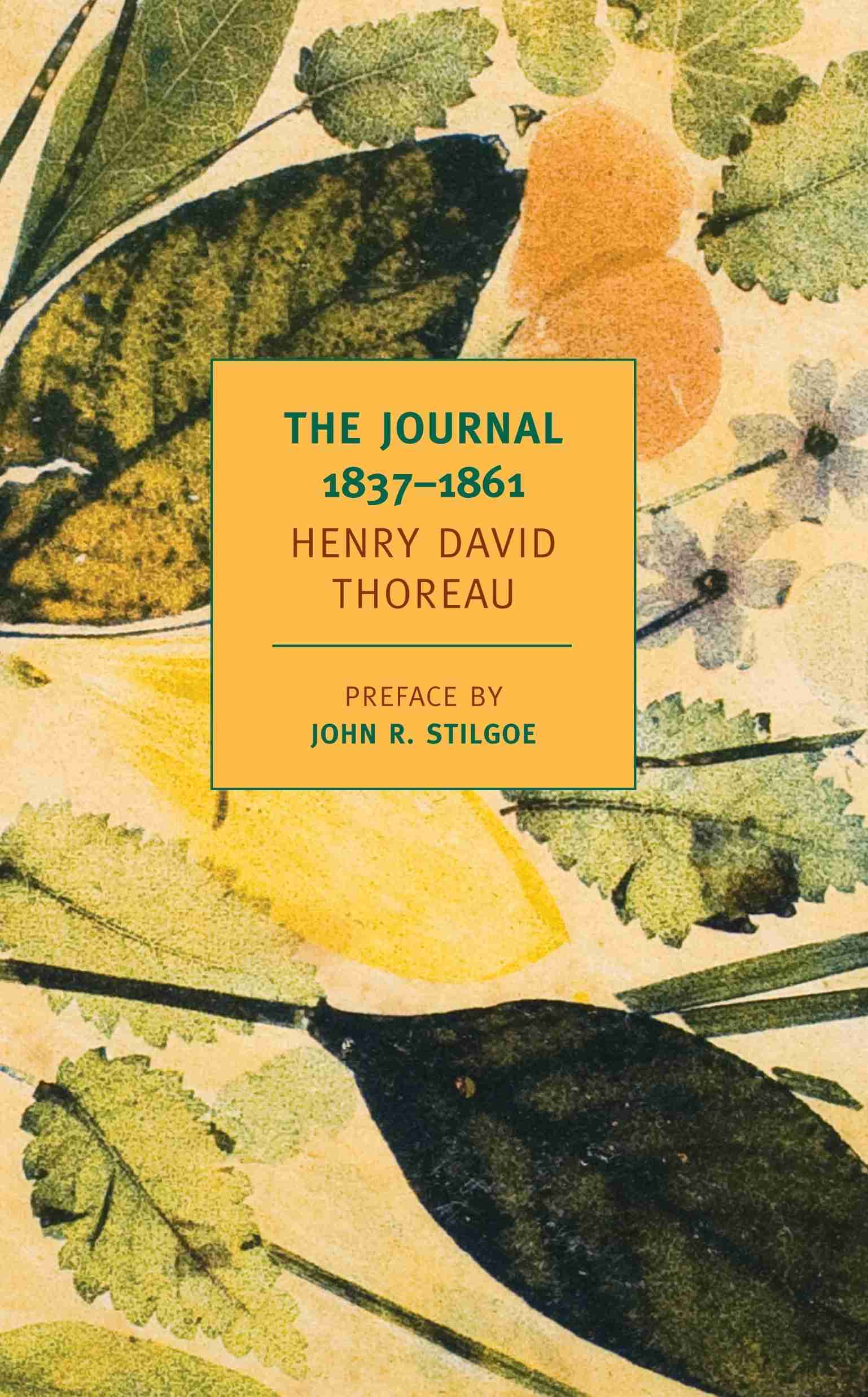 Henry David Thoreau’s Journal was his life’s work: the daily practice of writing that accompanied his daily walks, the workshop where he developed his books and essays, and a project in its own right – one of the most intensive explorations ever made of the everyday environment, the revolving seasons, and the changing self. It is a treasure trove of some of the finest prose in English and, for those acquainted with it, its prismatic pages exercise a hypnotic fascination. Yet at roughly seven thousand pages, or two million words, it remains Thoreau’s least-known work.

Henry Thoreau: A Life of the Mind by Robert D. Richardson, Jr. 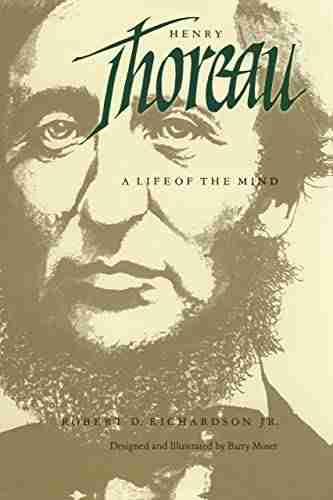 The two years Thoreau spent at Walden Pond and the night he spent in the Concord jail are among the most familiar features of the American intellectual landscape. In this new biography, based on a reexamination of Thoreau’s manuscripts and on a retracing of his trips, Robert Richardson offers a view of Thoreau’s life and achievement in their full nineteenth-century context.

The Transcendentalists and Their World by Robert A. Gross 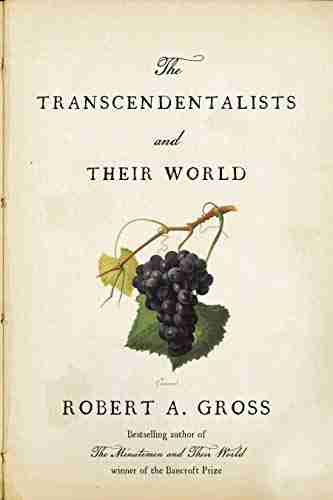 The Transcendentalists and Their World offers a fresh view of the thinkers whose outsize impact on philosophy and literature would spread from tiny Concord to all corners of the earth. Ralph Waldo Emerson, Henry David Thoreau, Nathaniel Hawthorne, and the Alcotts called this New England town home, and Thoreau drew on its life extensively in his classic Walden. But Concord from the 1820s through the 1840s was no pastoral place fit for poets and philosophers.

This gem among books on Henry David Thoreau and his environment is an intimate journey into the life of a community and a searching cultural study of major American writers as they plumbed the depths of the universe for spiritual truths and surveyed the rapidly changing contours of their own neighborhoods. It shows us familiar figures in American literature alongside their neighbors at every level of the social order, and it reveals how this common life in Concord entered powerfully into their works. No American community of the nineteenth century has been recovered so richly and with so acute an awareness of its place in the larger American story. 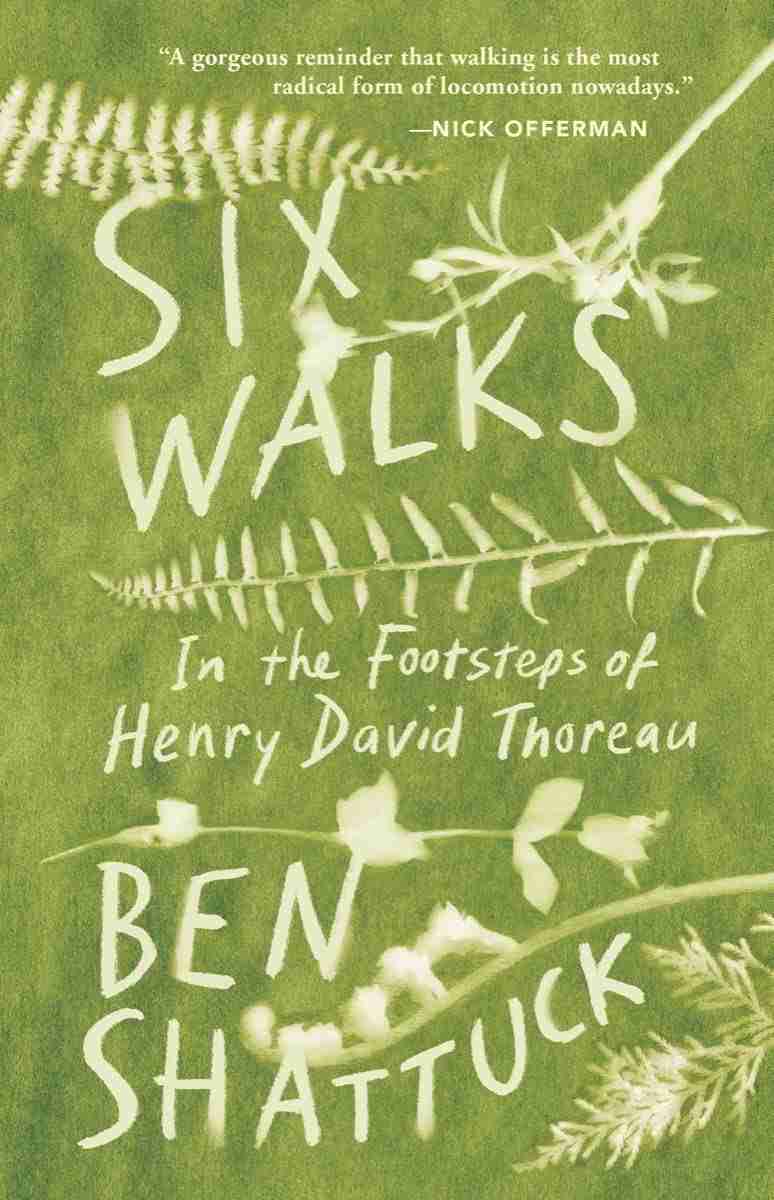 On an autumn morning in 1849, Henry David Thoreau stepped out his front door to walk the beaches of Cape Cod. Over a century and a half later, Ben Shattuck does the same. With little more than a loaf of bread, brick of cheese, and a notebook, Shattuck sets out to retrace Thoreau’s path through the Cape’s outer beaches, from the elbow to Provincetown’s fingertip.

This is the first of six journeys taken by Shattuck, each one inspired by a walk once taken by Henry David Thoreau. After the Cape, Shattuck goes up Mount Katahdin and Mount Wachusett, down the coastline of his hometown, and then through the Allagash. Along the way, Shattuck encounters unexpected characters, landscapes, and stories, seeing for himself the restorative effects that walking can have on a dampened spirit.

Over years of following Thoreau, Shattuck finds himself uncovering new insights about family, love, friendship, and fatherhood, and understanding more deeply the lessons walking can offer through life’s changing seasons.

If you enjoyed this guide to essential books on Henry David Thoreau, check out our list of The 10 Best Books on Ralph Waldo Emerson!