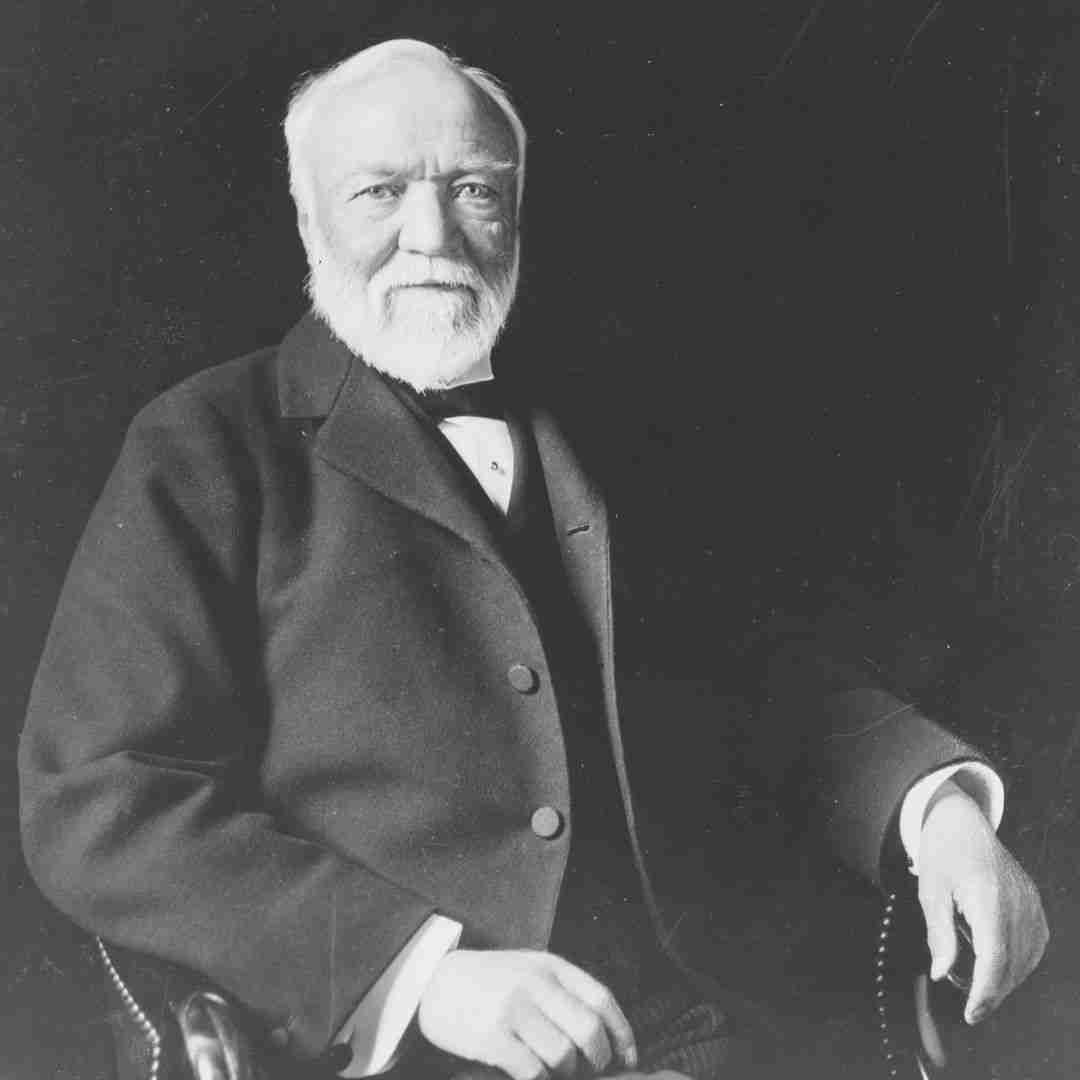 There are countless books on Andrew Carnegie, and it comes with good reason, he led the expansion of America’s steel industry in the late 19th century and became one of the richest men in history. It’s also important to note that during the last 18 years of his life, he gave away almost 90 percent of his fortune to charities, foundations, and universities.

“A library outranks any other one thing a community can do to benefit its people. It is a never failing spring in the desert,” he remarked.

In order to get to the bottom of what inspired one of America’s most consequential figures to the heights of societal contribution, we’ve compiled a list of the 10 best books on Andrew Carnegie. 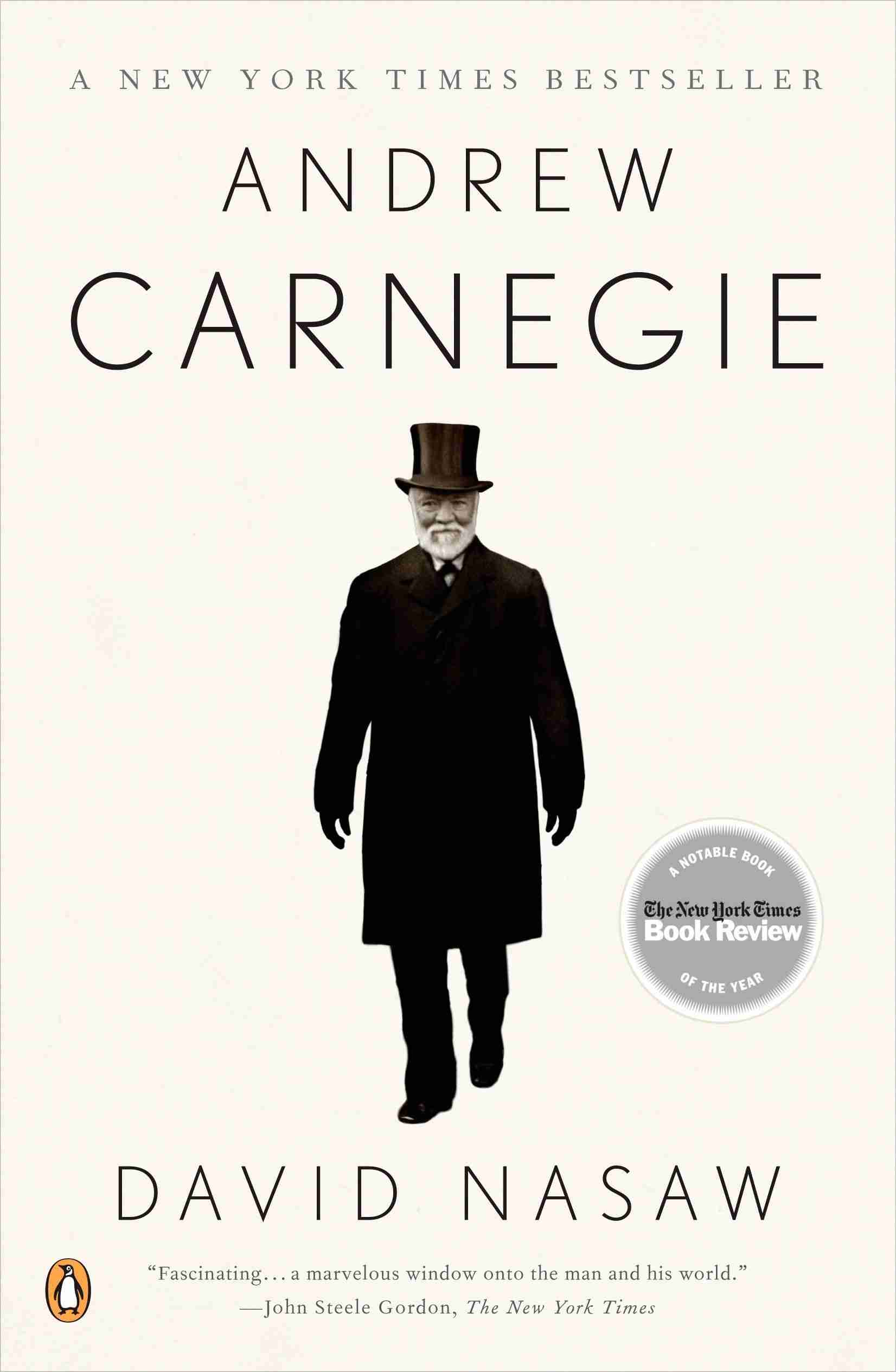 Born of modest origins in Scotland in 1835, Andrew Carnegie is best known as the founder of Carnegie Steel. His rags to riches story has never been told as dramatically and vividly as in Nasaw’s new biography. Carnegie, the son of an impoverished linen weaver, moved to Pittsburgh at the age of thirteen. The embodiment of the American dream, he pulled himself up from bobbin boy in a cotton factory to become the richest man in the world. He spent the rest of his life giving away the fortune he had accumulated and crusading for international peace.

For all that he accomplished and came to represent to the American public – a wildly successful businessman and capitalist, a self-educated writer, peace activist, philanthropist, man of letters, lover of culture, and unabashed enthusiast for American democracy and capitalism – Carnegie has remained, to this day, an enigma.

Nasaw explains how Carnegie made his early fortune and what prompted him to give it all away, how he was drawn into the campaign first against American involvement in the Spanish-American War and then for international peace, and how he used his friendships with presidents and prime ministers to try to pull the world back from the brink of disaster.

The Tycoons by Charles R. Morris 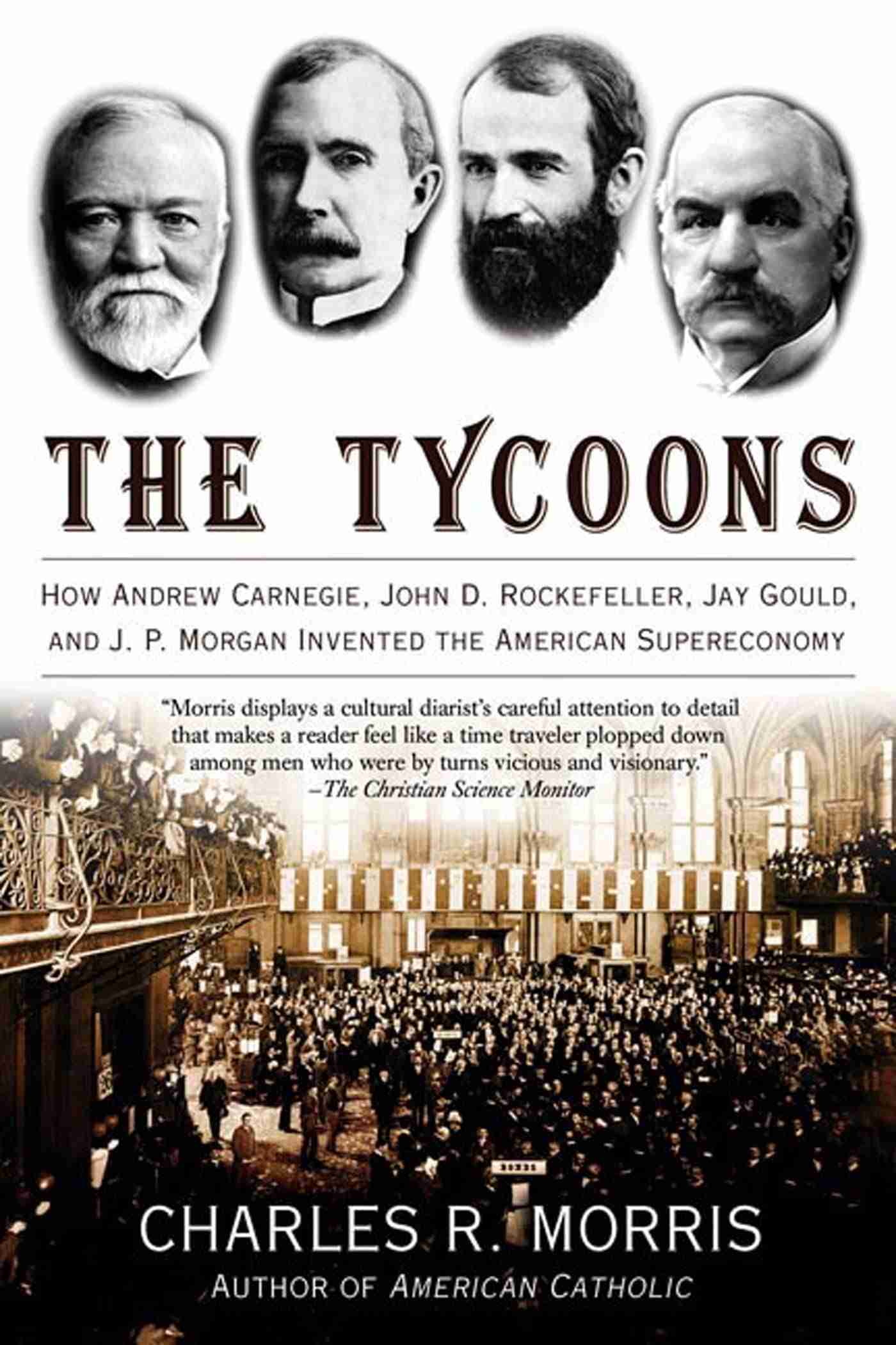 The modern American economy was the creation of four men: Andrew Carnegie, John D. Rockefeller, Jay Gould, and J. P. Morgan. They were the giants of the Gilded Age, a moment of riotous growth that established America as the richest, most inventive, and most productive country on the planet.

Acclaimed author Charles R. Morris vividly brings the men and their times to life. The ruthlessly competitive Carnegie, the imperial Rockefeller, and the provocateur Gould were obsessed with progress, experiment, and speed. They were balanced by Morgan, the gentleman businessman, who fought, instead, for a global trust in American business.

Through their antagonism and verve, they built an industrial behemoth – and a country of middle-class consumers. The Tycoons tells the incredible story of how these four determined men wrenched the economy into the modern age, inventing a nation of full economic participation that could not have been imagined only a few decades earlier. 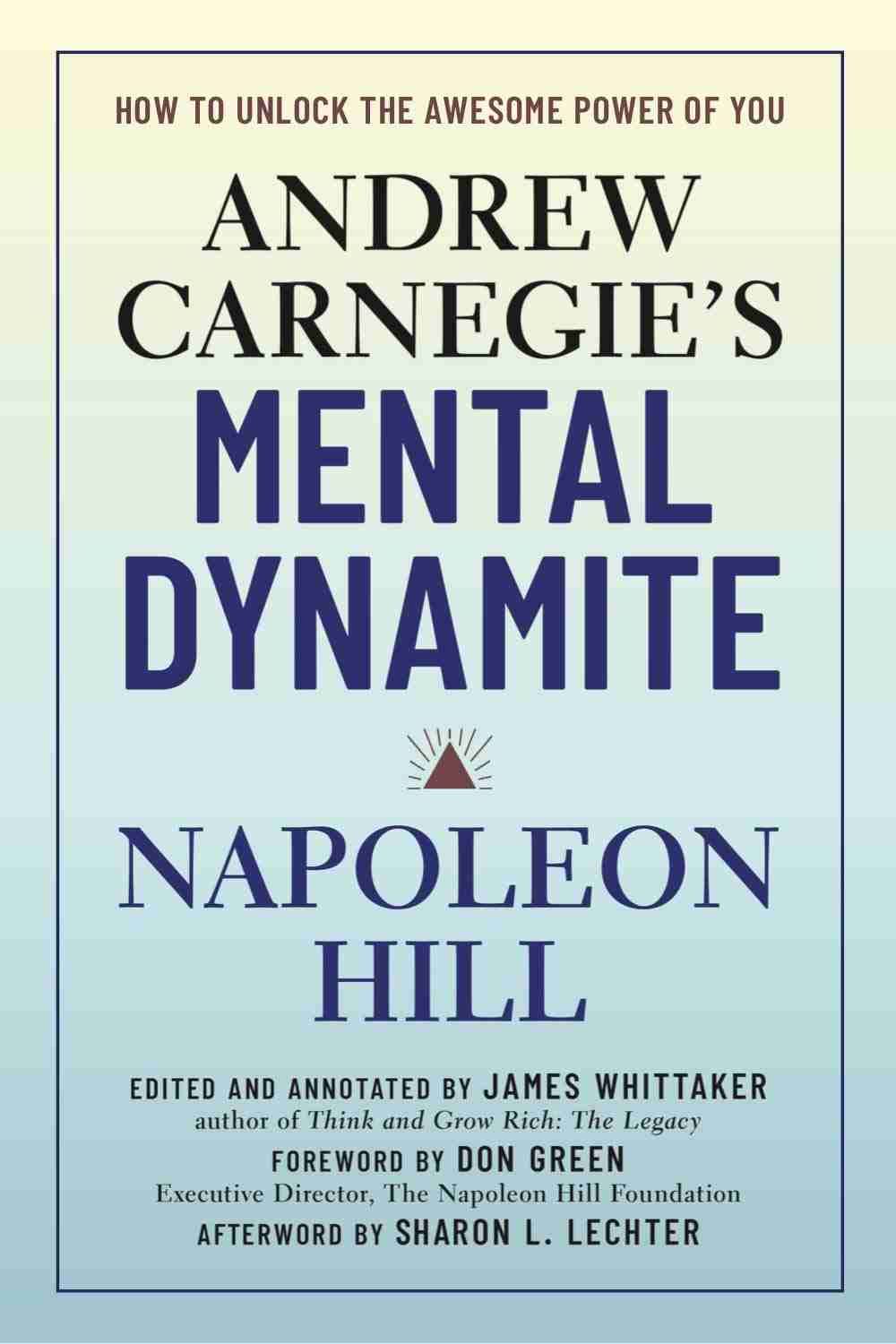 In 1908, Napoleon Hill met industrialist Andrew Carnegie for what he believed would be a short interview for an article. Instead, Carnegie spent hours detailing his principles of success to the young magazine reporter. He then challenged Hill to devote 20 years to collating a proven formula that would propel people of all backgrounds to happiness, harmony, and prosperity. Hill accepted the challenge, which he distilled in the perennial bestseller Think and Grow Rich.

Now, more than a century later, the Napoleon Hill Foundation is releasing this epic conversation to remind people that there are simple solutions to the problems troubling us most, everything from relationships and education to homelessness and even democracy. This is revealed in three major principles: self-discipline, which shows how the six departments of the mind may be organized and directed to any end; learning from defeat, which describes how defeat can be made to yield “the seed of an equivalent benefit” and how to turn it into a stepping-stone to greater achievement; and the Golden Rule applied for developing rewarding relationships, peace of mind, and a strengthened consciousness.

Each chapter draws on Carnegie’s words and advice as inspiration, with annotations by Napoleon Hill scholar James Whittaker explaining why they are essential for reaching your goals and prospering – for you, your family, and your community.

The Autobiography of Andrew Carnegie 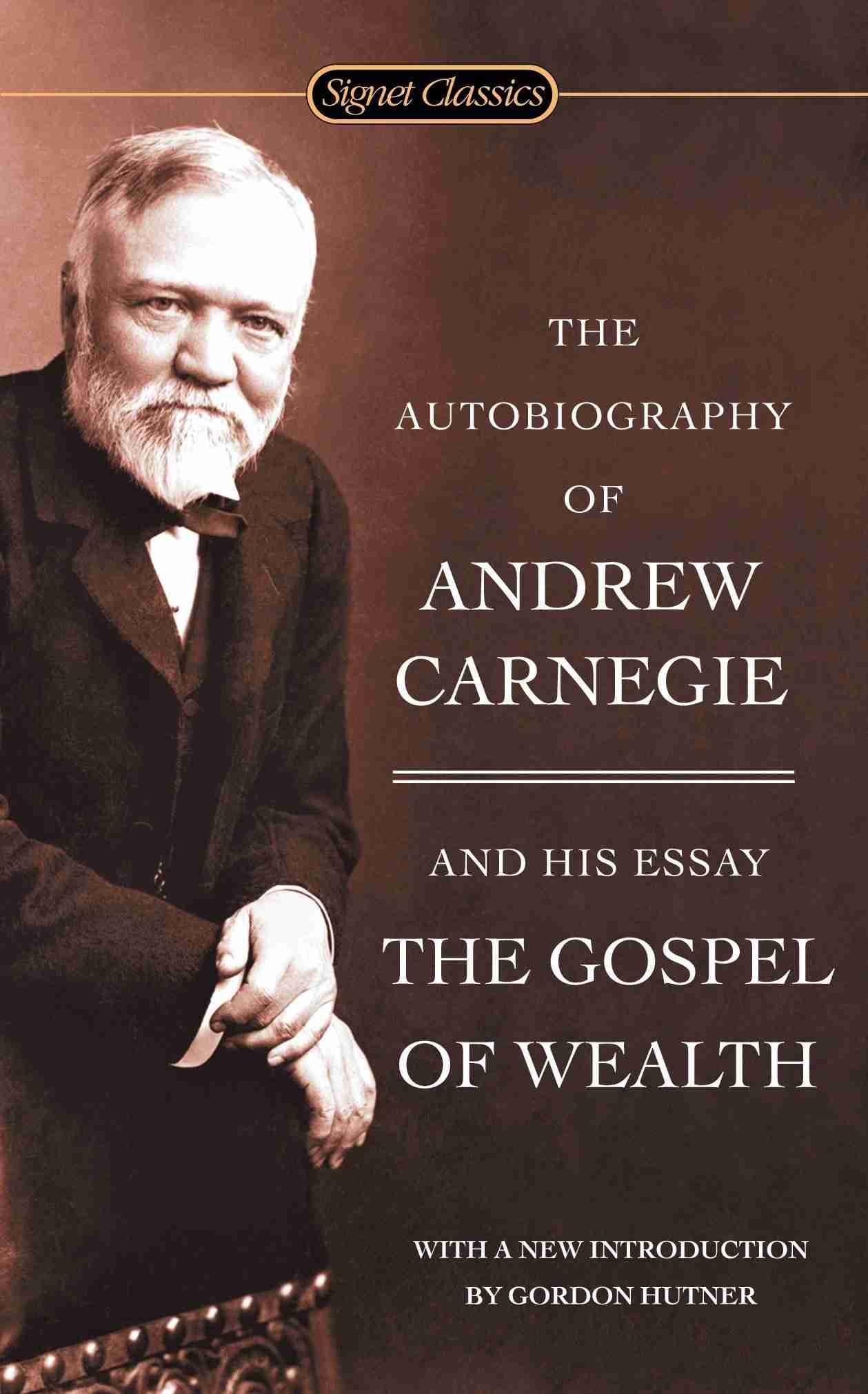 His good friend Mark Twain dubbed him “St. Andrew.” British Prime Minister William Gladstone called him an “example” for the wealthy. Such terms seldom apply to multimillionaires. But Andrew Carnegie was no run-of-the-mill steel magnate. At age 13 and full of dreams, he sailed from his native Dunfermline, Scotland, to America. The story of his success begins with a $1.20-a-week job at a bobbin factory. By the end of his life, he had amassed an unprecedented fortune – and given away more than 90 percent of it for the good of mankind.

Here, for the first time in one volume, are two impressive works by Andrew Carnegie himself: his autobiography and “The Gospel of Wealth,” a groundbreaking manifesto on the duty of the wealthy to give back to society all of their fortunes. And he practiced what he preached, erecting 1,600 libraries across the country, founding Carnegie Mellon University, building Carnegie Hall, and performing countless other acts of philanthropy because, as Carnegie wrote, “The man who dies thus rich dies disgraced.”

Meet You in Hell by Les Standiford 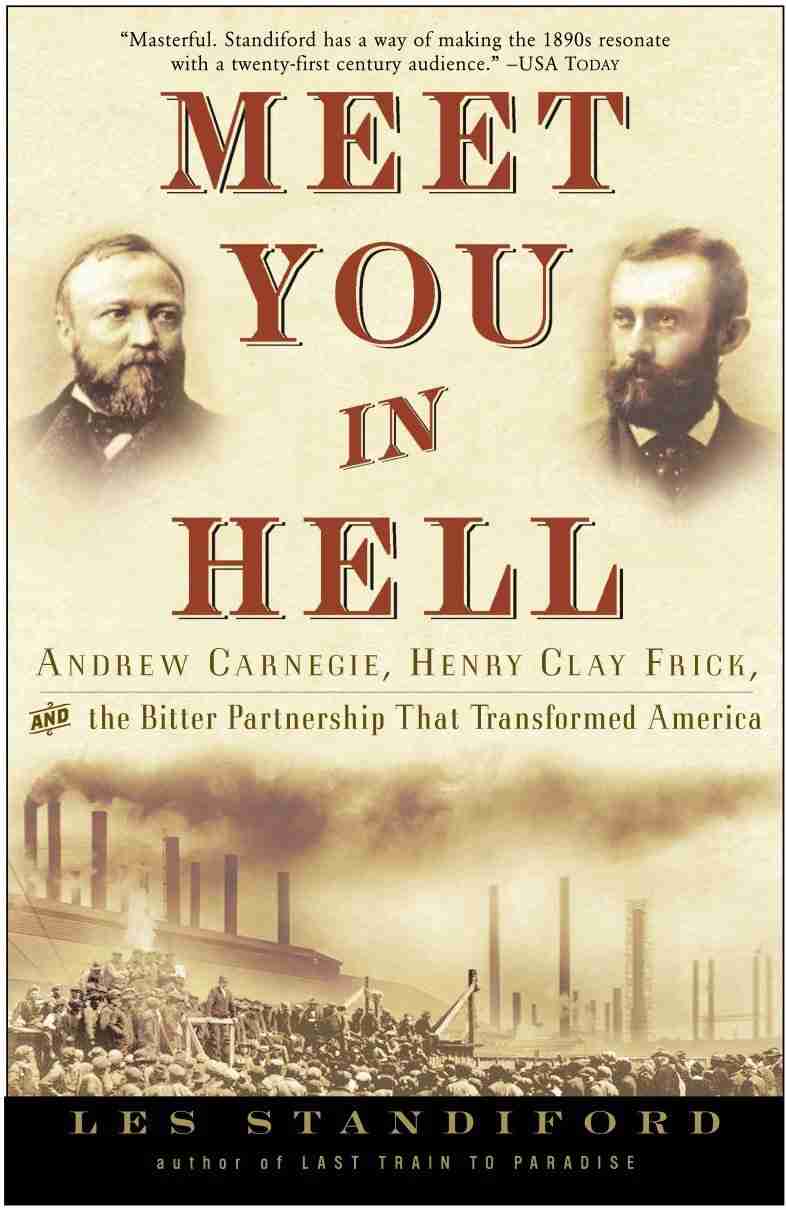 The author of Last Train to Paradise tells the riveting story of Andrew Carnegie, Henry Clay Frick, and the bloody steelworkers’ strike that transformed their fabled partnership into a furious rivalry. Set against the backdrop of the Gilded Age, Meet You in Hell captures the majesty and danger of steel manufacturing, the rough-and-tumble of the business world, and the fraught relationship between “the world’s richest man” and the ruthless coke magnate to whom he entrusted his companies. The result is an extraordinary work of popular history. 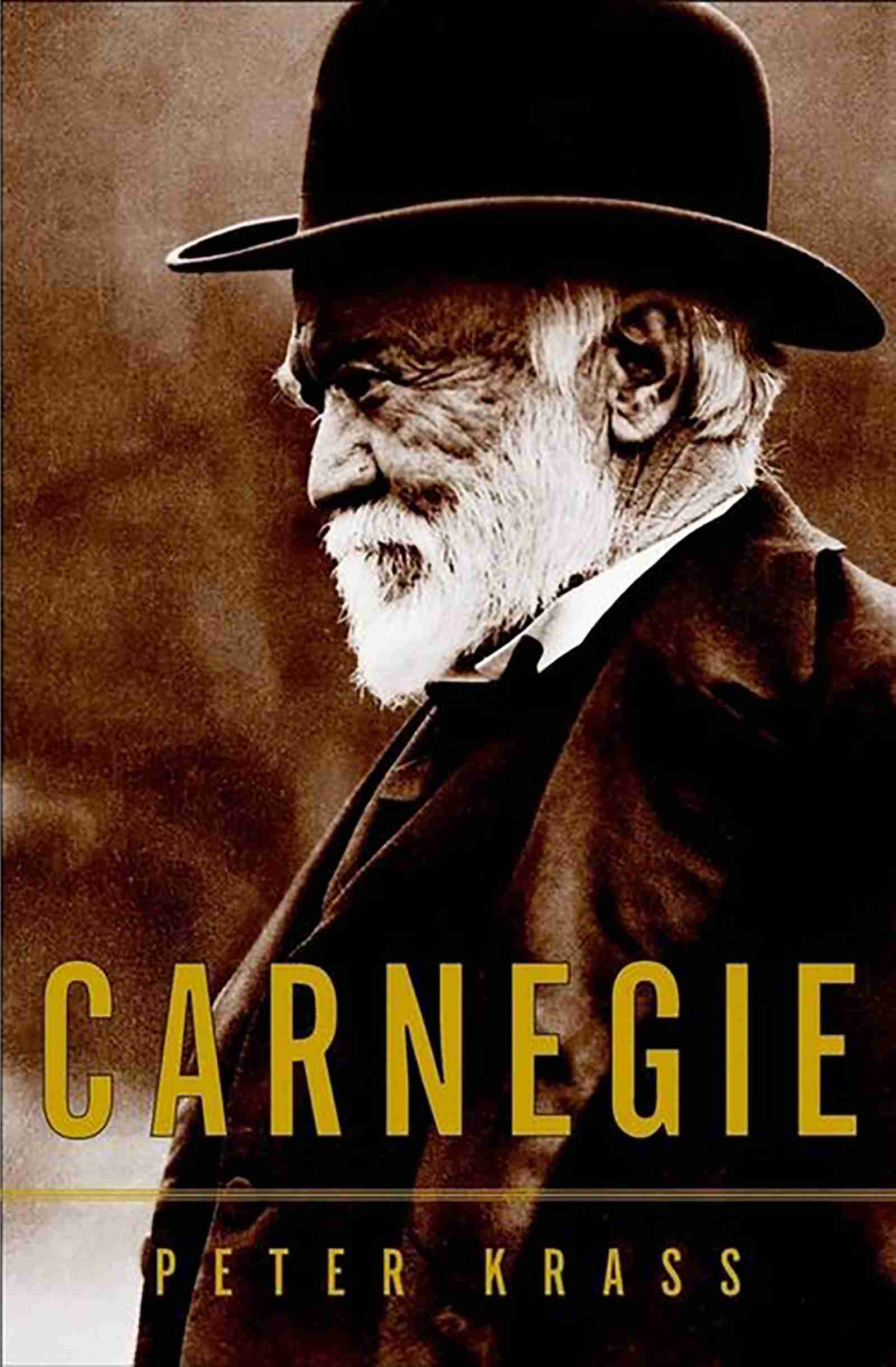 One of the major figures in American history, Andrew Carnegie used his wealth to ascend the world’s political stage, influencing the presidencies of Grover Cleveland, William McKinley, and Theodore Roosevelt. In retirement, Carnegie became an avid promoter of world peace, only to be crushed emotionally by World War I.

In this compelling biography, Peter Krass reconstructs the complicated life of this titan who came to power in America’s Gilded Age. He transports the reader to Carnegie’s Pittsburgh, where hundreds of smoking furnaces belched smoke into the sky, the air was filled with acrid fumes, and mill workers worked seven-day weeks while Carnegie spent months traveling across Europe.

The Gospel of Wealth by Andrew Carnegie 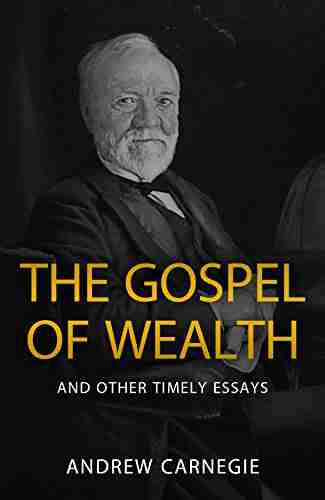 Carnegie explains his remarkable early years and how he made his first investments in his initial essay, How I Served My Apprenticeship. He gives remarkable insight into his ability to see potentially lucrative opportunities, even at a young age.

The main focus of this collection of essays is however on The Gospel of Wealth, in which Carnegie outlines his philosophy of philanthropy. He was aware that the United States in the late nineteenth century had produced a great number of self-made super-rich industrialists, like himself, and was concerned that they would waste their newfound wealth through extravagance and instead urges everyone to think of and assist those less fortunate than ourselves.

The following essays within the book cover a wide variety of topics that Carnegie was interested in from labor rights to imperialism, relations between Britain and America to the value of trusts. Each one is a fascinating insight into the opinions of a brilliant nineteenth-century business leader who held views that are still relevant in the modern day. 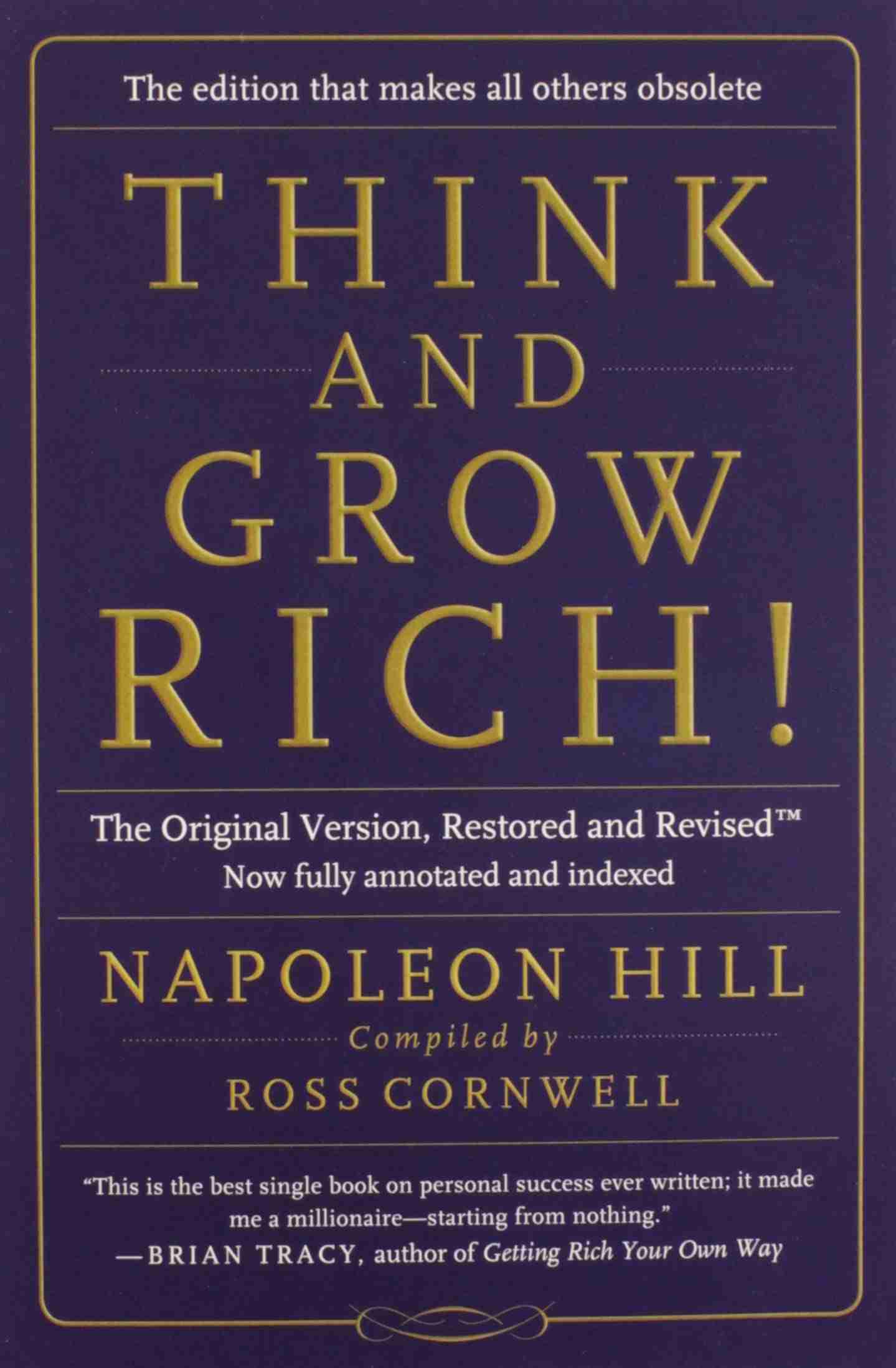 Andrew Carnegie’s magic formula for success was the direct inspiration for this book. Carnegie demonstrated its soundness when his coaching brought fortunes to those young men to whom he had disclosed his secret.

This book will teach you that secret – and the secrets of other great men like him. It will show you not only what to do but also how to do it. If you learn and apply the simple basic techniques revealed here, you will have mastered the secret of true and lasting success – and you may have whatever you want in life!

Advantages of Poverty by Andrew Carnegie 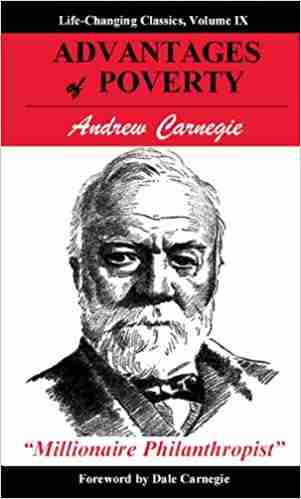 This gem among books by Andrew Carnegie encapsulates the life and wisdom of the millionaire philanthropist with brief biographical information along with portions of his other essays. You will discover the attitude of selfless giving that motivated this innovative businessman who helped various communities, charities, and organizations to achieve greater success during his day. The wisdom of the steel tycoon who immigrated from Scotland will undoubtedly inspire you to recognize the advantages of an exceptional work ethic that overcomes poverty and lack.

Andrew Carnegie and the Rise of Big Business by Harold Livesay 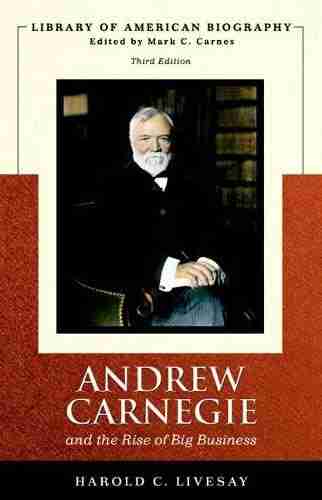 In this biography, author and scholar Harold C. Livesay examines the life and legacy of Andrew Carnegie, one of the greatest captains of industry and philanthropists in the history of the United States.

Paperback, brief, and inexpensive, each of the titles in the “Library of American Biography Series” focuses on a figure whose actions and ideas significantly influenced the course of American history and national life. In addition, each biography relates the life of its subject to the broader themes and developments of the times.

If you enjoyed this guide to essential books on Andrew Carnegie, check out our list of The 10 Best Books on Henry Ford!