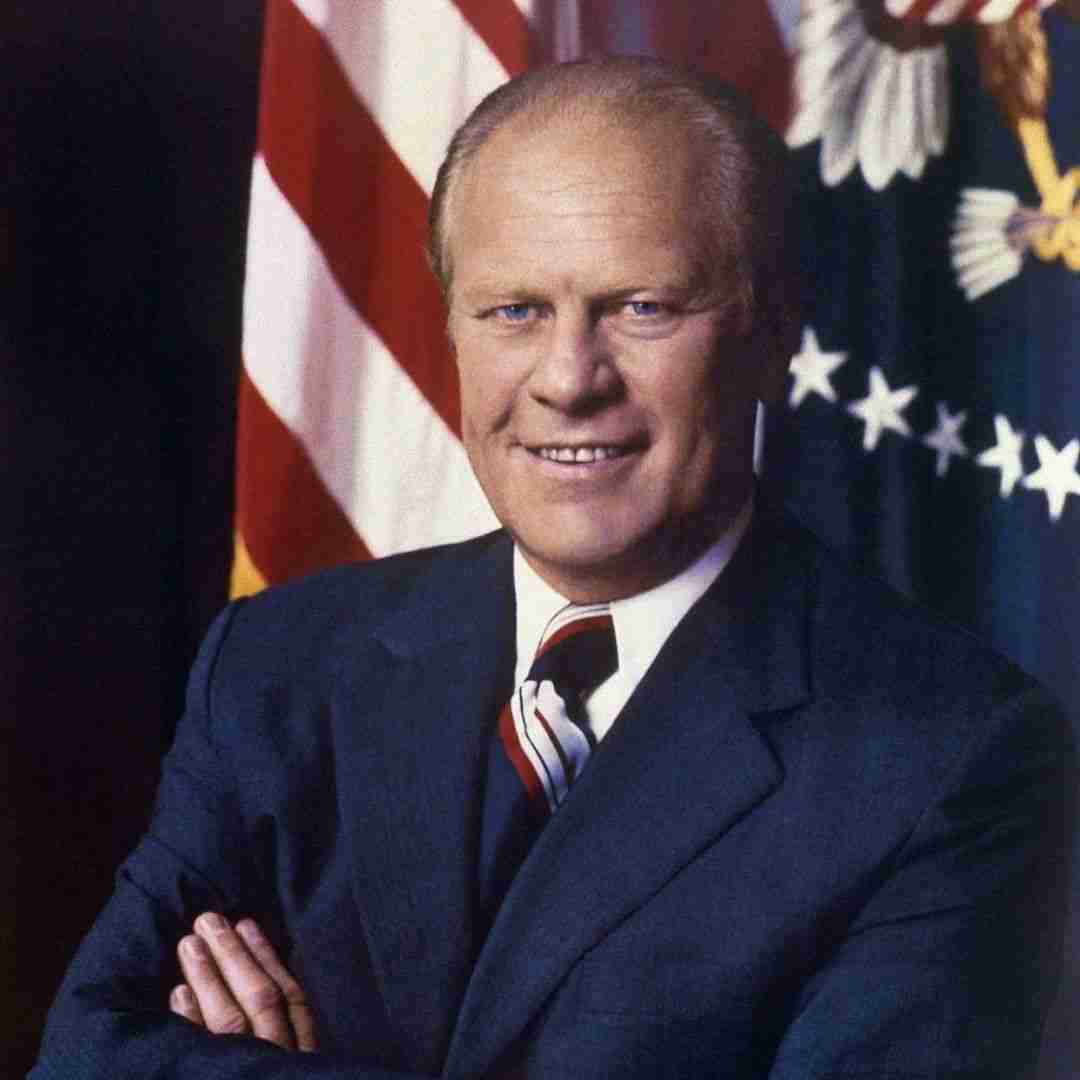 There are numerous books on Gerald Ford, and it comes with good reason, aside from serving as America’s thirty-eighth President (1974-1977), he had been the first Vice President chosen under the terms of the Twenty-fifth Amendment and, in the aftermath of the Watergate scandal, was succeeding the first President ever to resign.

In order to get to the bottom of what inspired one of America’s most consequential figures to the height of political power, we’ve compiled a list of the 5 best books on Gerald Ford. 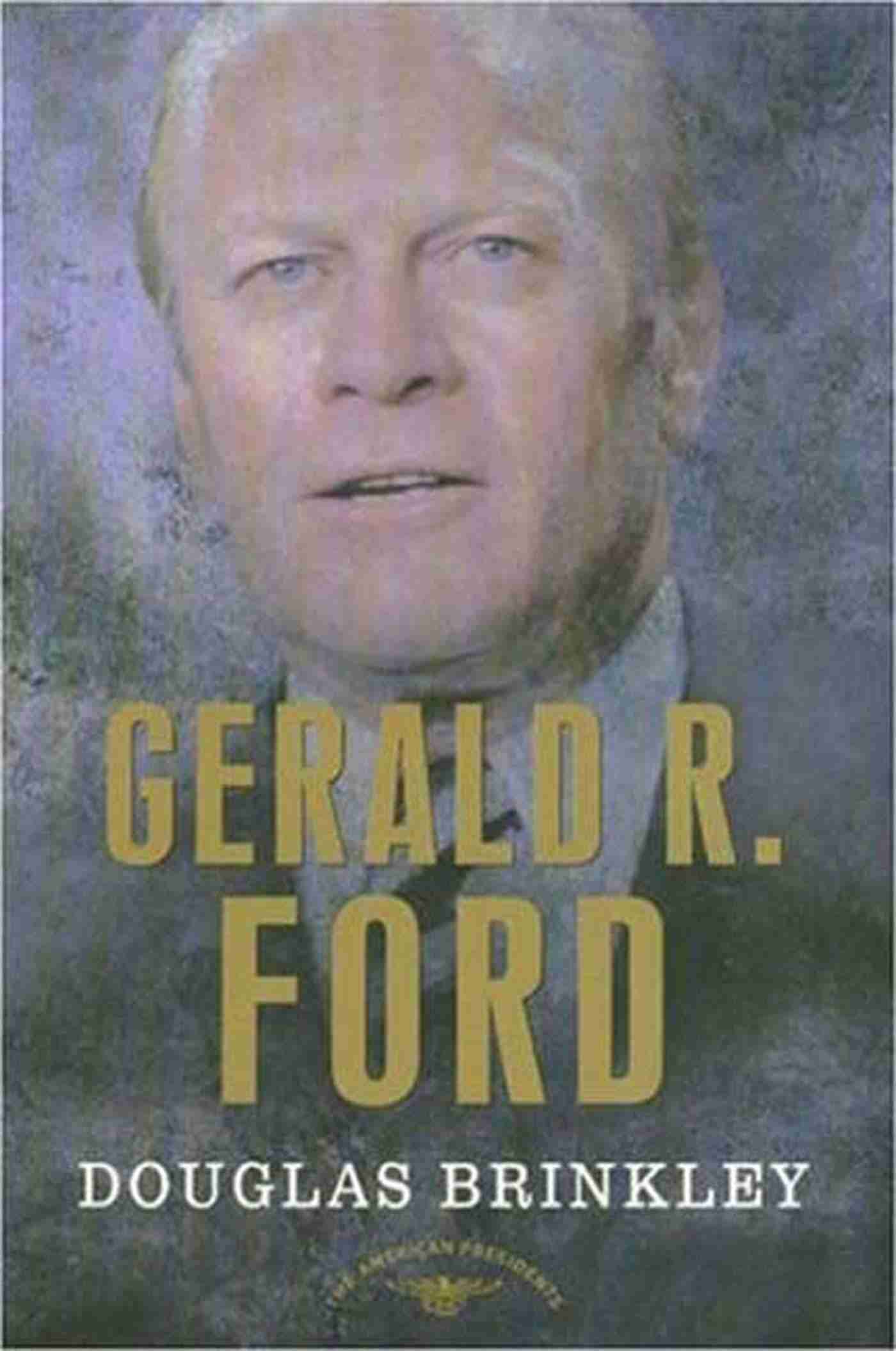 When Gerald R. Ford entered the White House in August 1974, he inherited a presidency tarnished by the Watergate scandal, the economy was in a recession, the Vietnam War was drawing to a close, and he had taken office without having been elected. Most observers gave him little chance of success, especially after he pardoned Richard Nixon just a month into his presidency, an action that outraged many Americans, but which Ford thought was necessary to move the nation forward.

Many people today think of Ford as a man who stumbled a lot – clumsy on his feet and in politics – but acclaimed historian Douglas Brinkley shows him to be a man of independent thought and conscience, who never allowed party loyalty to prevail over his sense of right and wrong. As a young congressman, he stood up to the isolationists in the Republican leadership, promoting a vigorous role for America in the world.

Later, as House minority leader and as president, he challenged the right wing of his party, refusing to bend to their vision of confrontation with the Communist world. And after the fall of Saigon, Ford also overruled his advisers by allowing Vietnamese refugees to enter the United States, arguing that to do so was the humane thing to do.

Brinkley draws on exclusive interviews with Ford and on previously unpublished documents (including a remarkable correspondence between Ford and Nixon stretching over four decades), fashioning a masterful reassessment of Gerald R. Ford’s presidency and his underappreciated legacy to the nation.

When the Center Held by Donald Rumsfeld 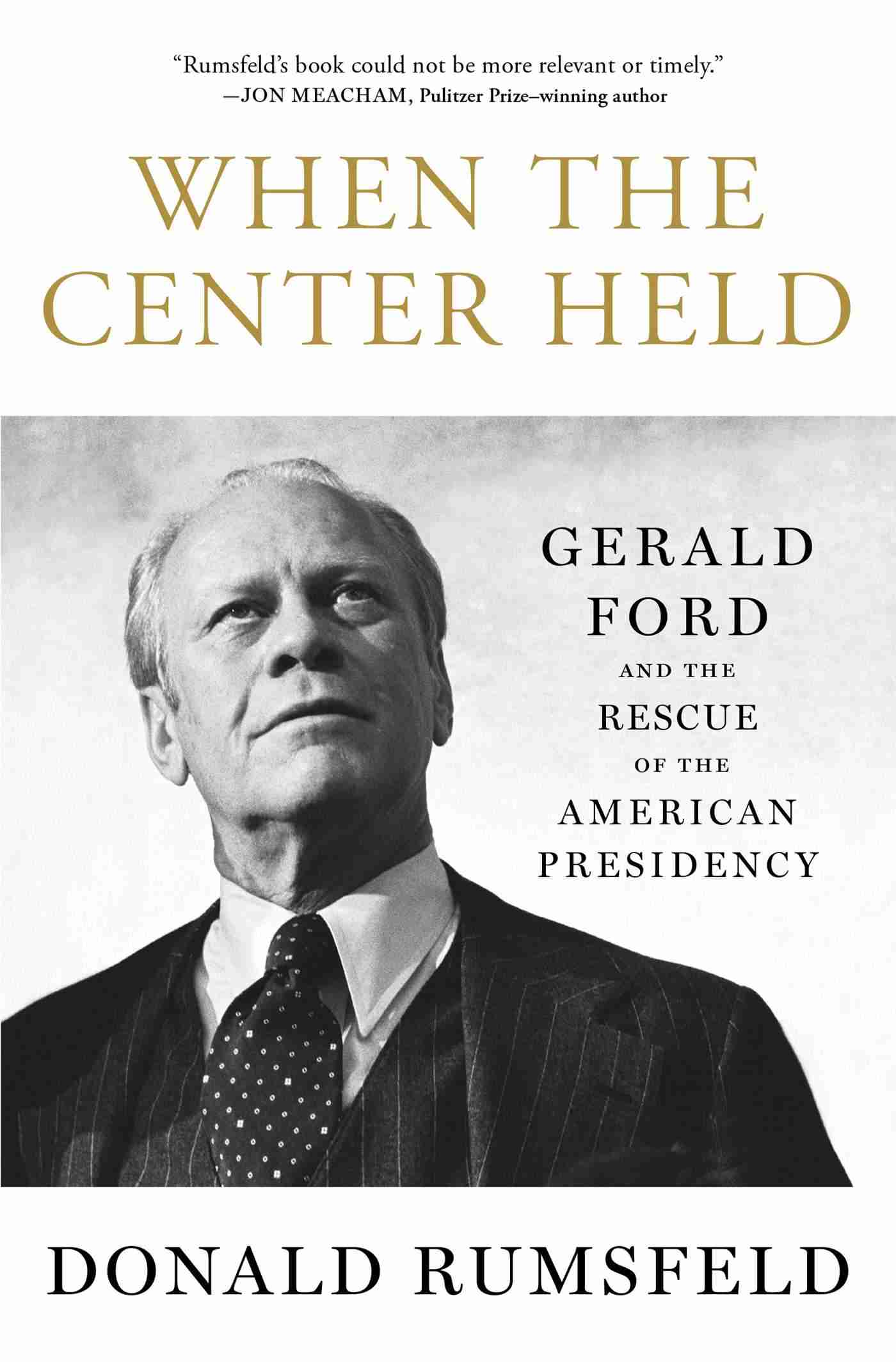 In the wake of Richard Nixon’s Watergate scandal, it seemed the United States was coming apart. America had experienced a decade of horrifying assassinations; the unprecedented resignation of first a vice president and then a president of the United States; intense cultural and social change; and a new mood of cynicism sweeping the country – a mood that, in some ways, lingers today.

Into that divided atmosphere stepped an unexpected, unelected, and largely unknown American – Gerald R. Ford. In contrast to every other individual who had ever occupied the Oval Office, he had never appeared on any ballot either for the presidency or the vice presidency. Ford simply and humbly performed his duty to the best of his considerable ability. By the end of his 895 days as president, he would in fact have restored balance to our country, steadied the ship of state, and led his fellow Americans out of the national trauma of Watergate.

In When the Center Held, Ford’s Secretary of Defense Donald Rumsfeld candidly shares his personal observations of the man himself, providing a sweeping examination of his crucial years in office.

A Time to Heal 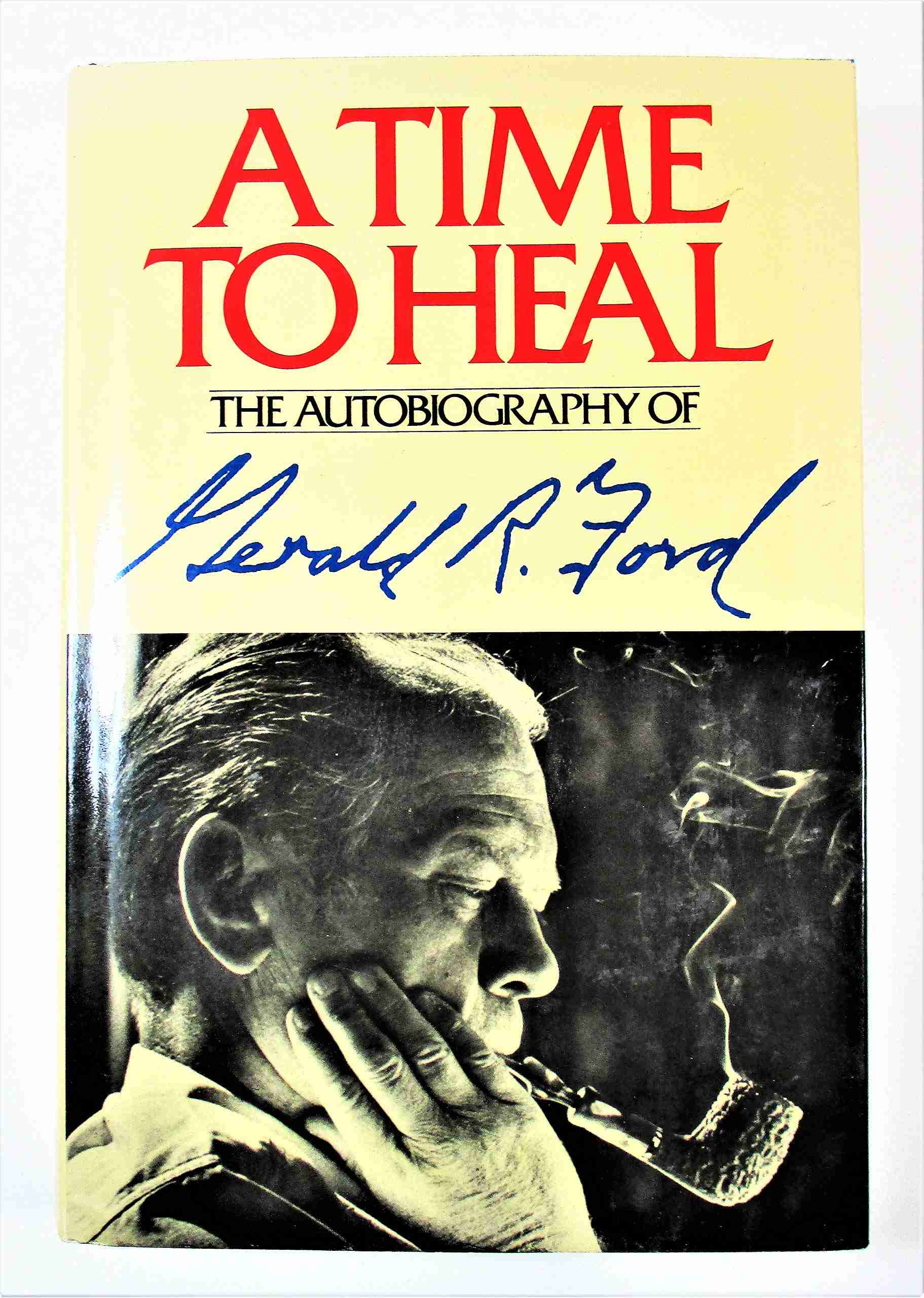 In this intimate self-portrait, Ford speaks candidly about his private life, political battles in Congress, experiences as a Warren Commission member and as House Minority Leader, and attempts to reunite a nation fragmented by Watergate.

Write it When I’m Gone by Thomas M. DeFrank 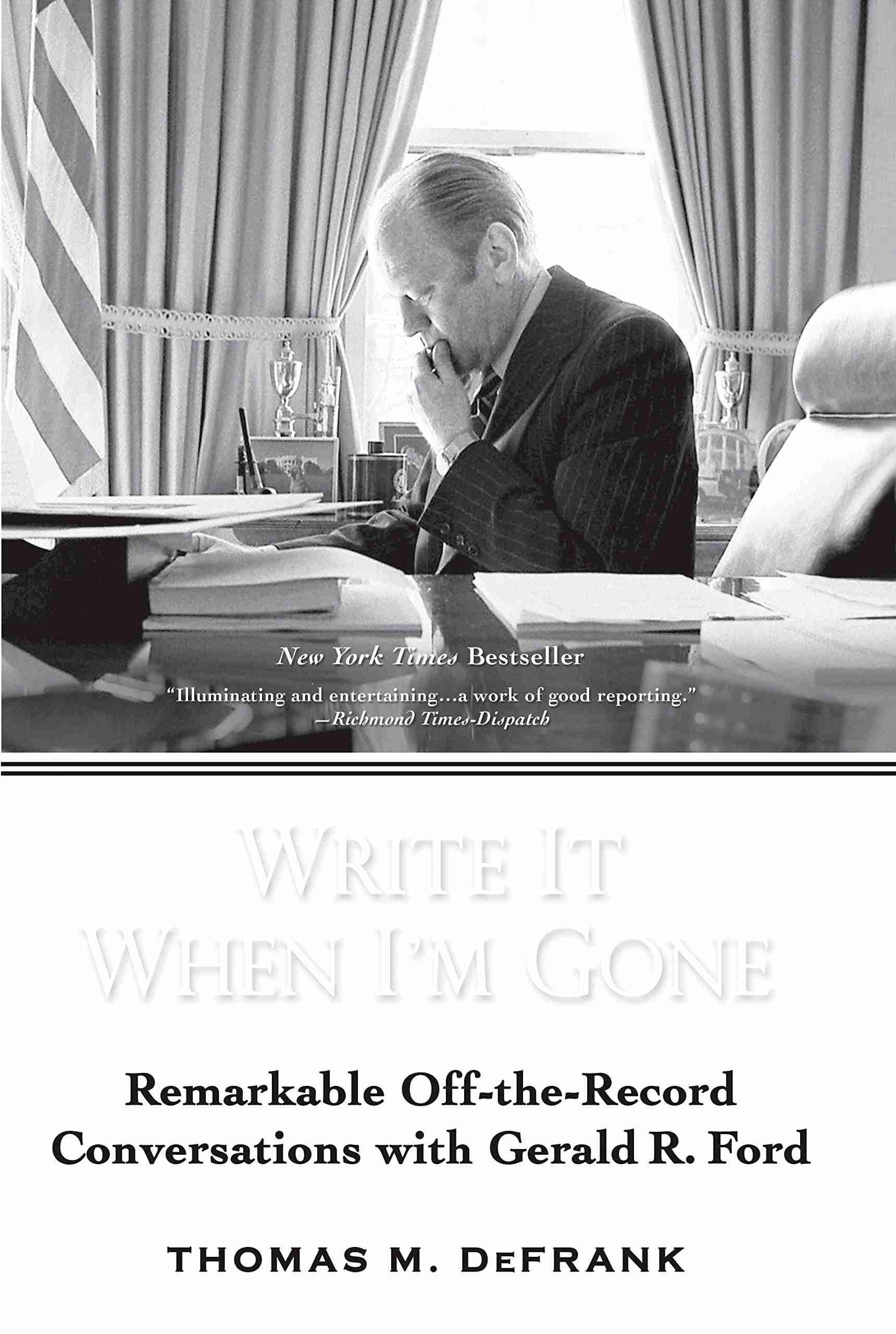 In a series of private interviews, conducted over sixteen years with the stipulation that they not be released until after his death, the former president offers a revealing, reflective self-portrait as he describes his relationships with Nixon, Carter, Reagan, and Clinton; experiences on the Warren Commission; and opinions on the Bush administration, the Iraq war, family, and aging. 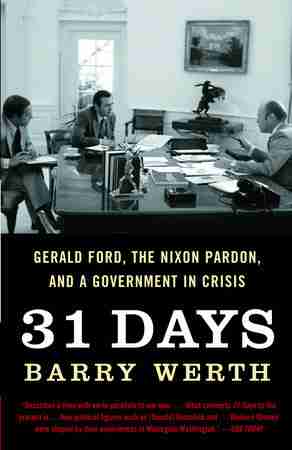 Ford had to reassure the nation and the world that he would attend to the pressing issues of the day, from resolving the legal questions surrounding Nixon’s role in Watergate, to dealing with the wind-down of the Vietnam War, the precarious state of détente with the Soviet Union, and the ongoing attempts to stabilize the Middle East. Within hours of Nixon’s departure from Washington, Ford began the all-important task of forming an inner circle of trusted advisers.

The Presidency of Gerald R. Ford by John Robert Greene 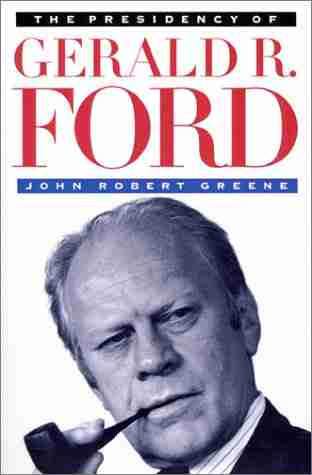 This is the first comprehensive study of one of our most popular yet most misunderstood presidents. Reaching well beyond the image of Ford as “healer” of a war-torn and scandal-ridden nation, John Robert Greene extends and revises our understanding of Ford’s struggles to restore credibility to the presidency in the wake of Watergate and Vietnam.

He argues persuasively that Ford made no “deal” with Nixon, but that his pardon of Nixon was costly nonetheless, for it shadowed his entire presidency thereafter. He also shows that the Mayaguez catastrophe was less a simple “rescue mission” than it was an attempt to revive sagging political fortunes by attacking Cambodia.

In addition, Greene details Ford’s rise to prominence within the Republican Party; chronicles the president’s problematic relations with his staff, the new Democratic Congress, and Ronald Reagan; sheds new light on the selection and performance of Vice-President Nelson Rockefeller; offers new insights into the election of 1976; and provides the first in-depth look at Ford’s Amnesty Program for Vietnam Era Draft Evaders.

If you enjoyed this guide to essential books on Gerald Ford, be sure to check out our list of The 10 Best Books on President Woodrow Wilson