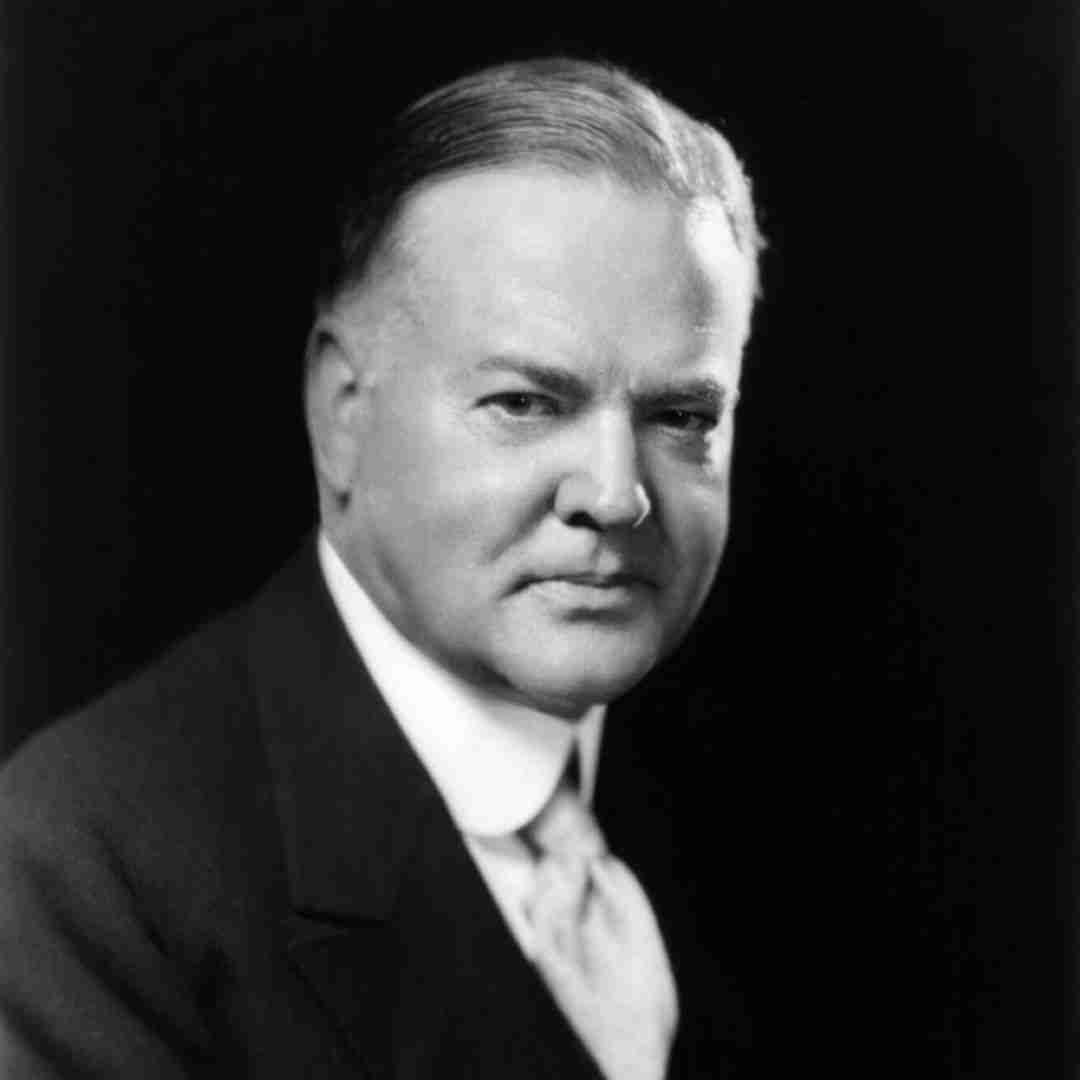 There are numerous books on Herbert Hoover, and it comes with good reason, aside from being elected America’s thirty-first President (1929-1933), he had achieved international success as a mining engineer and worldwide gratitude as “The Great Humanitarian” who fed war-torn Europe during and after World War I.

“My country owes me nothing. It gave me, as it gives every boy and girl, a chance. It gave me schooling, independence of action, opportunity for service and honor,” he remarked.

In order to get to the bottom of what inspired one of America’s most consequential figures to the height of political power, we’ve compiled a list of the 10 best books on Herbert Hoover. 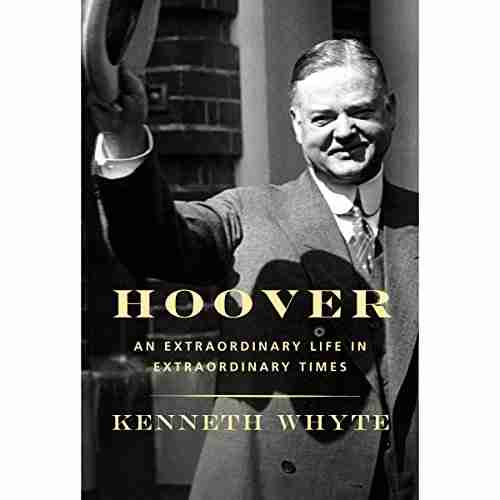 A poor orphan who built a fortune, a great humanitarian, a president elected in a landslide and then routed in the next election, arguably the father of both New Deal liberalism and modern conservatism – Herbert Hoover is also one of our least understood presidents, conventionally seen only as a heartless failure for his handling of the Great Depression.

Kenneth Whyte fully captures this rich, dramatic life: from Hoover’s difficult childhood to his meteoric business career, his work saving hundreds of thousands of lives during World War I and after the 1927 Mississippi floods, his presidency, his painful defeat by Roosevelt, and his return to grace as Truman’s emissary to help European refugees after World War II.

Herbert Hoover in the White House by Charles Rappleye 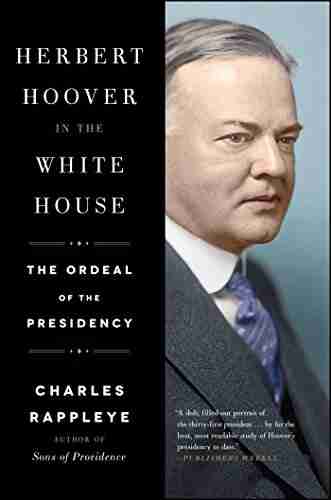 In public Hoover was shy and retiring, but in private Rappleye shows him to be a man of passion and sometimes of fury, a man who intrigued against his enemies while fulminating over plots against him. Rappleye describes him as more sophisticated and more active in economic policy than is often acknowledged. We see Hoover watching a sunny (and he thought ignorant) FDR on the horizon, experimenting with steps to relieve the Depression.

Many historians dismiss him as merely ineffective. But in this gem among books on Herbert Hoover, Rappleye investigates memoirs and diaries and thousands of documents kept by members of his cabinet and close advisors to reveal a very different figure than the one often portrayed.

The Hoover we see here – bright, well meaning, energetic – lacked the single critical element to succeed as president. He had a first-class mind and a second-class temperament. 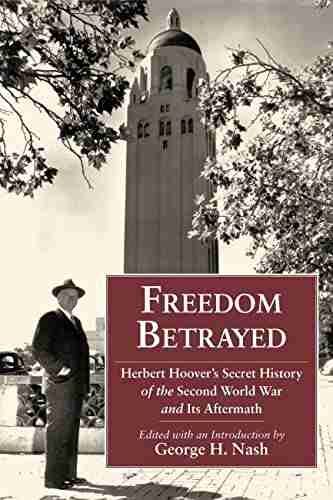 Herbert Hoover’s “magnum opus” – at last published nearly fifty years after its completion – offers a revisionist reexamination of World War II and its cold war aftermath and a sweeping indictment of the “lost statesmanship” of Franklin Roosevelt. Hoover offers his frank evaluation of Roosevelt’s foreign policies before Pearl Harbor and policies during the war, as well as an examination of the war’s consequences, including the expansion of the Soviet empire at war’s end and the eruption of the cold war against the Communists. 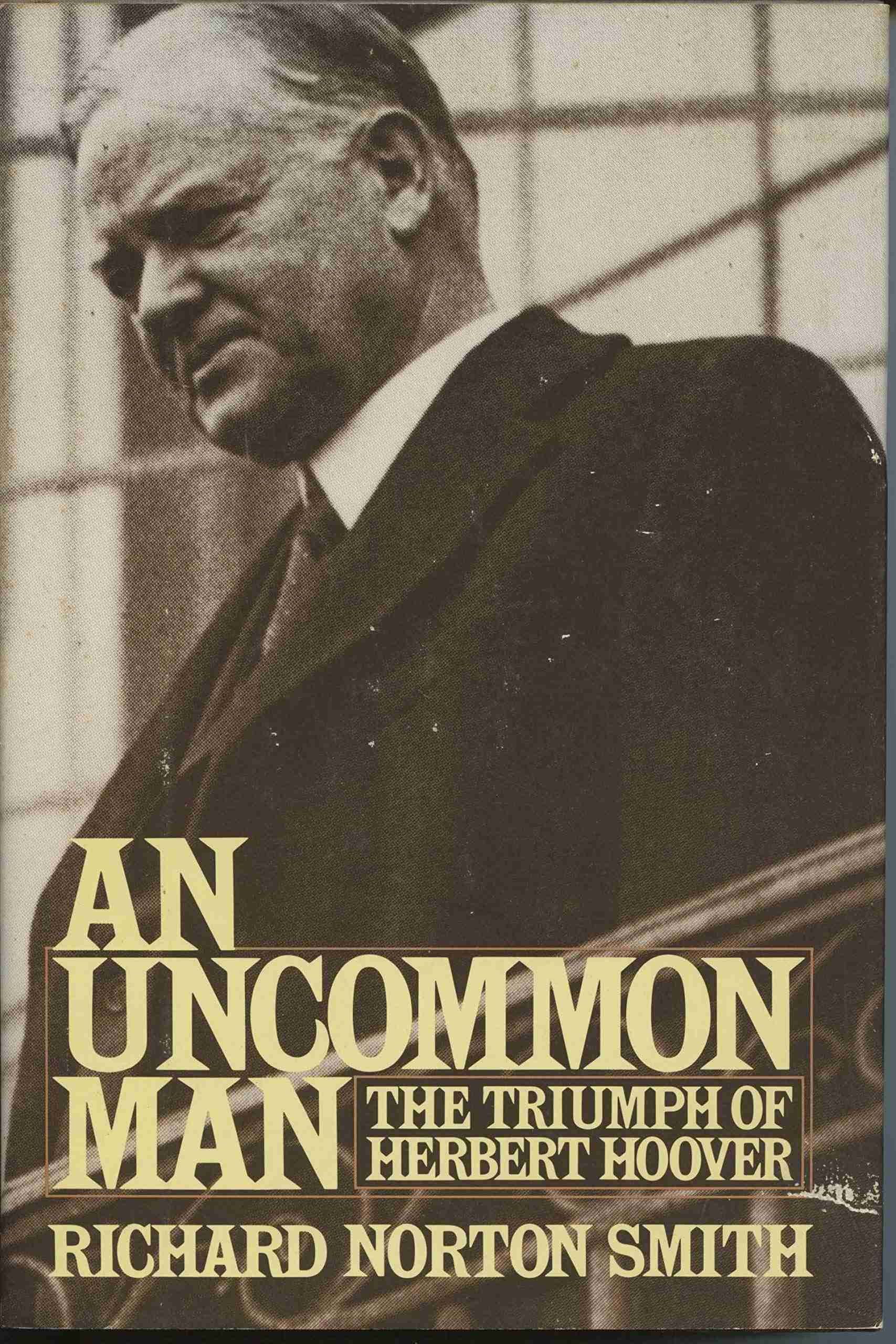 Covers the period when Hoover overcame his defeat by FDR and carved out a role for himself in the isolationist campaigns preceding World War II and during the Korean conflict. 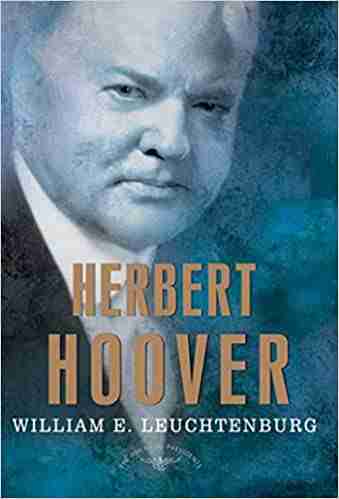 Catapulted into national politics by his heroic campaigns to feed Europe during and after World War I, Herbert Hoover – an engineer by training – exemplified the economic optimism of the 1920s. As president, however, Hoover was sorely tested by America’s first crisis of the twentieth century: the Great Depression.

Renowned New Deal historian William E. Leuchtenburg demonstrates how Hoover was blinkered by his distrust of government and his belief that volunteerism would solve all social ills. As he demonstrates, Hoover’s attempts to enlist the aid of private-sector leaders did little to mitigate the Depression, and he was routed from office by Franklin D. Roosevelt in 1932. From his retirement at Stanford University, Hoover remained a vocal critic of the New Deal and big government until the end of his long life.

The Life of Herbert Hoover: The Engineer by George Nash 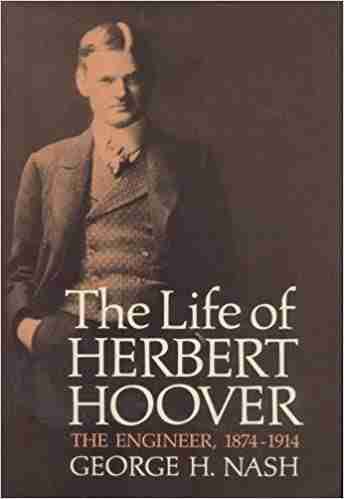 This volume launches what will be the definitive biography of one of the most accomplished yet elusive and misunderstood figures in American history. Herbert Hoover (1874-1964) was a man of remarkable achievements and a succession of careers who spent over fifty years in public service. Yet, to this day, he is one of America’s least-known leaders, a man stigmatized because he served as president during the grim early years of the Great Depression. 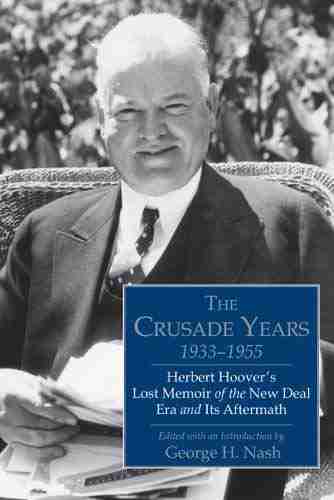 Covering an eventful period in Herbert Hoover’s career – and, more specifically, his life as a political pugilist from 1933 to 1955 – this previously unknown memoir was composed and revised by the 31st president during the 1940s and 1950s – and then, surprisingly, set aside. This work recounts Hoover’s family life after March 4, 1933, his myriad philanthropic interests, and, most of all, his unrelenting “crusade against collectivism” in American life.

Aside from its often feisty account of Hoover’s political activities during the Roosevelt and Truman eras, and its window on Hoover’s private life and campaigns for good causes, The Crusade Years invites readers to reflect on the factors that made his extraordinarily fruitful postpresidential years possible. 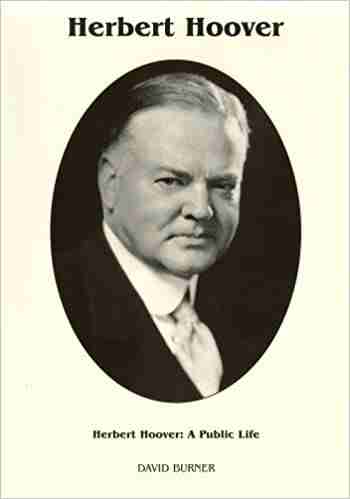 Hoover’s early years were the classic American tradition. Born in Iowa, orphaned by the age of nine, raised by relatives in Oregon, he was in the first graduating class of Stanford University. He spent the next twenty years as a mining engineer and entrepreneur in Australia, China, and England, and quickly became a millionaire. His organizing and supervising of the massive Belgian relief operations of World War I made him an international figure, and he came home to the United States to oversee the wartime production and distribution of food. After the war, he led a European relief program that saved millions of lives.

Burner focuses on Hoover’s eight years as Secretary of Commerce during the Harding and Coolidge administrations, when he assiduously promoted American economic development. With his enormous prestige and genuine idealism, he campaigned for a more equal distribution of wealth, conservation of natural resources, the eight-hour day, the elimination of poverty, and other social reforms. When he became President in 1929 – the first professional engineer to reach the White House – Hoover’s standing was at its zenith, and he urged upon Congress a program that was the most socially adventurous proposed in America before Franklin Roosevelt’s Hundred Days in 1933.

But, as Burner makes clear, there were fatal flaws in Hoover that rendered him unable to deal with the crises following the Wall Street crash of 1929. He shows Hoover as a lonely individualist traveling faithfully along on his own uncommunicative course, who understood the importance of instilling public confidence but could not bring himself to employ public relations techniques to manufacture it. 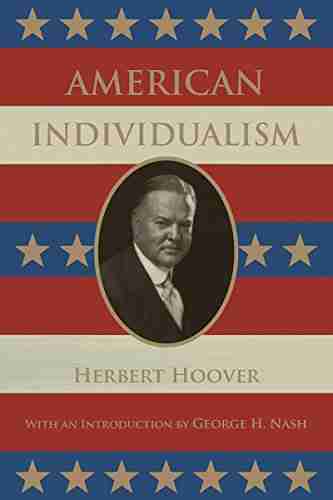 In late 1921, then secretary of commerce Herbert Hoover decided to distill from his experiences a coherent understanding of the American experiment he cherished. The result was the 1922 book American Individualism. In it, Hoover expounded and vigorously defended what has come to be called American exceptionalism: the set of beliefs and values that still makes America unique.

He argued that America can make steady, sure progress if we preserve our individualism, preserve and stimulate the initiative of our people, insist on and maintain the safeguards to equality of opportunity, and honor service as a part of our national character. American Individualism asserts that equal opportunity for individuals to develop their abilities is “the sole source of progress” and the fundamental impulse behind American civilization for three – now four – centuries.

Fishing for Fun and to Wash Your Soul 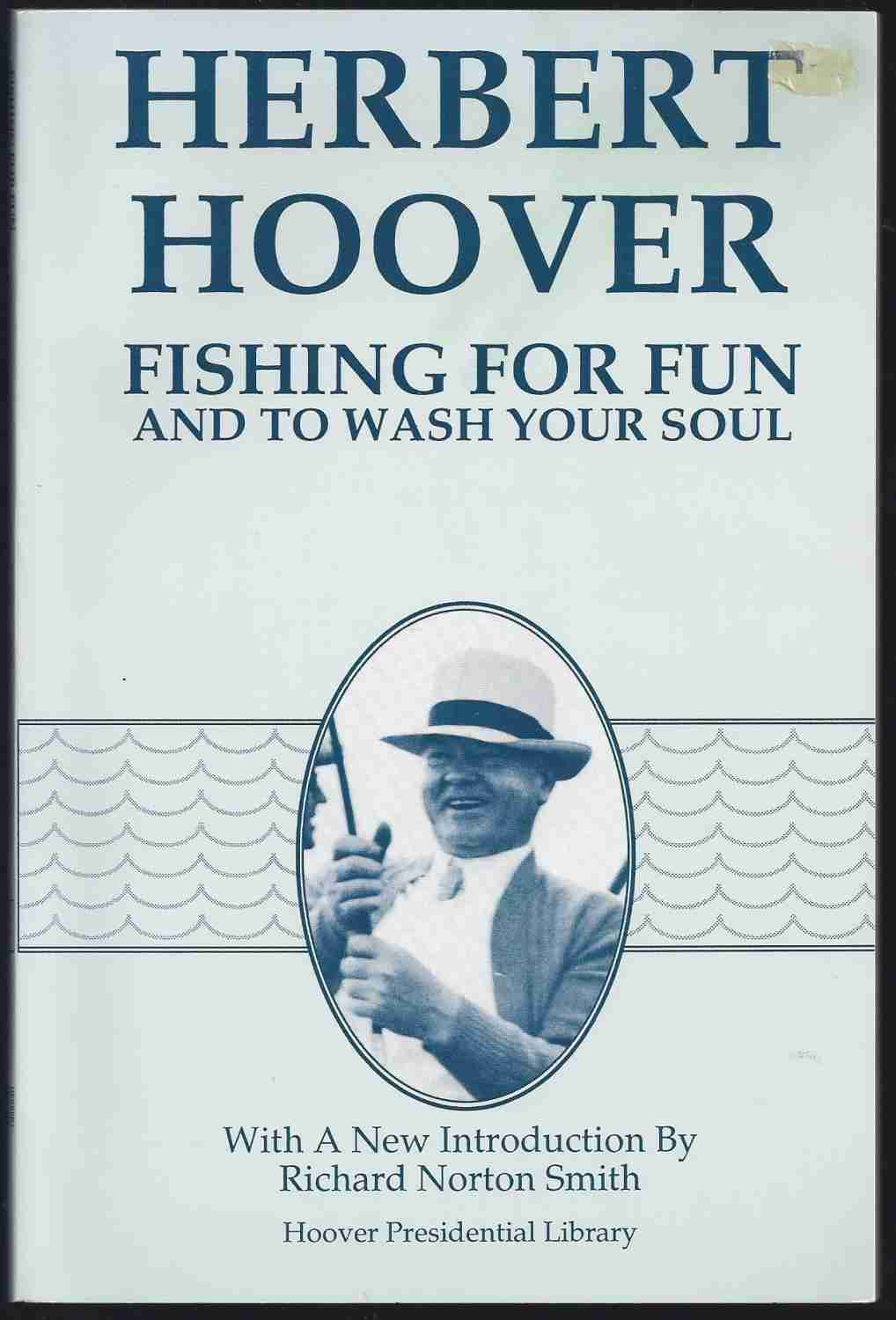 A touch of Thoreau, a touch of Isaak Walton, but all President Hoover. A wise and witty book with something for everyone, particularly those who love fishing in the out-of-doors.

A review written for the National Wildlife Federation by Justice William O. Douglas of the United States Supreme Court follows: Mr. Hoover sees the shrinking wilderness in the mounting population and notes that we lose ground every year. He makes a powerful plea for reform measures that start with cleaning up our rivers and ridding them of pollution. For these reasons and for sentimental ones, this small volume will be as enduring as The Complete Angler.

Hoover, Conservation, and Consumerism by Kendrick A. Clements 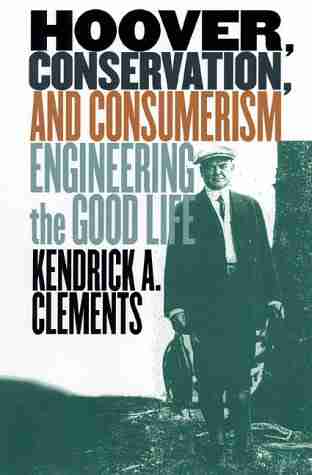 Although personally uncomfortable with the values of consumerism, Herbert Hoover worked to strengthen the economy through policies of conservation and to find desirable occupations for the new leisure available to modern workers. He envisioned great voluntary programs to promote standardization and simplification in American industries that would permit companies to pay both high profits and high wages. And he sought opportunities for healthful, moral outdoor recreation to fill the leisure hours made possible by rising worker productivity.

Kendrick Clements illuminates the influence of Hoover’s broadly conceived ideas about conservation on virtually every economic policy of the Republican era, from the expansion of the National Park system by 40 percent to the attempt to eliminate radical swings in the business cycle.

If you enjoyed this guide to the best books on Herbert Hoover, be sure to check out our list of The 15 Best Books on President Theodore Roosevelt!