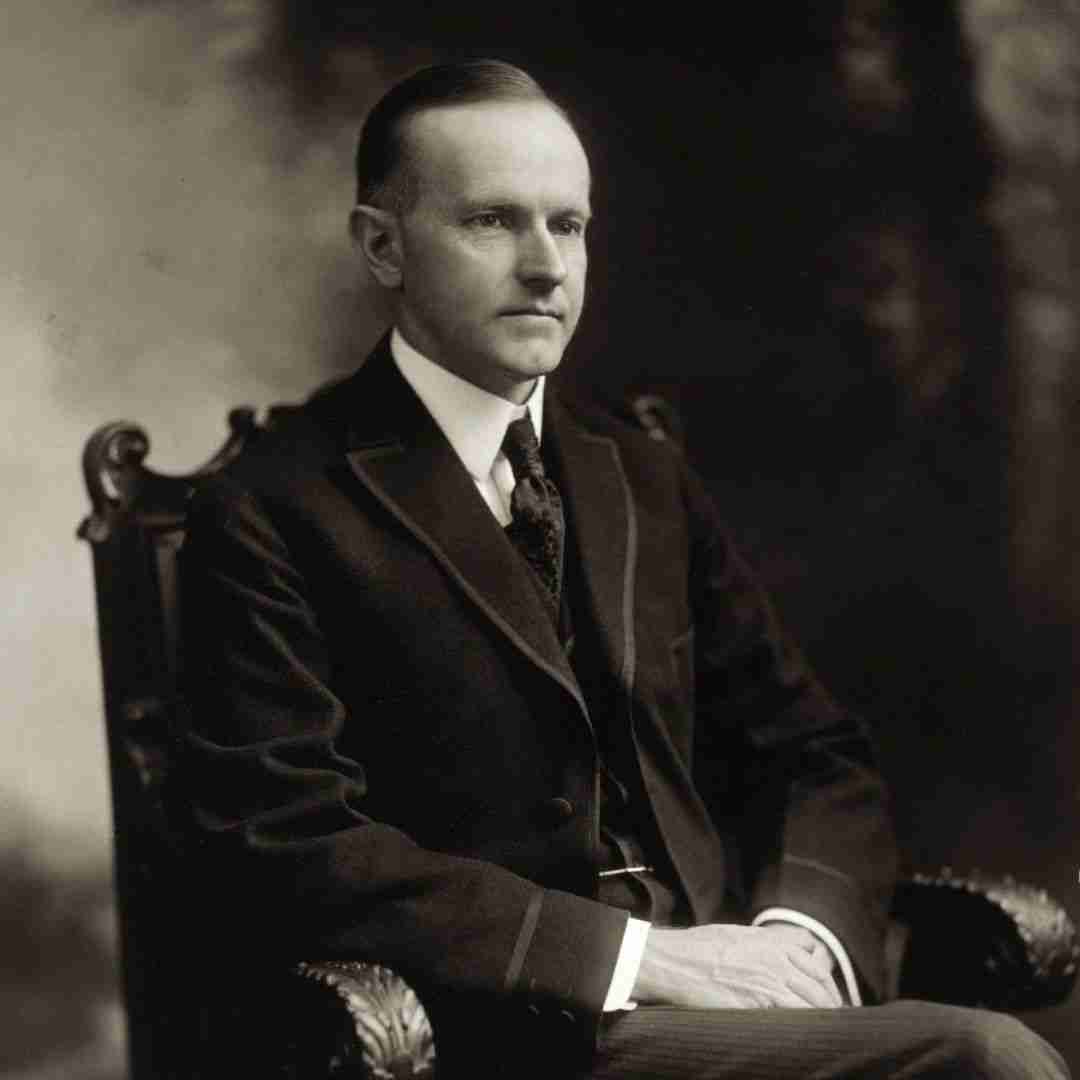 There are numerous books on Calvin Coolidge, and it comes with good reason, in addition to serving as America’s thirtieth President (1923-1929), he demonstrated his determination to preserve the old moral and economic precepts of frugality amid the material prosperity which many Americans were enjoying during the 1920s era.

“Nothing in this world can take the place of persistence. Talent will not; nothing is more common than unsuccessful men with talent. Genius will not; unrewarded genius is almost a proverb. Education will not; the world is full of educated derelicts. Persistence and determination alone are omnipotent,” he remarked. “The slogan ‘Press On!’ has solved and always will solve the problems of the human race.”

In order to get to the bottom of what inspired one of America’s most consequential figures to the heights of societal contribution, we’ve compiled a list of the 5 best books on Calvin Coolidge. 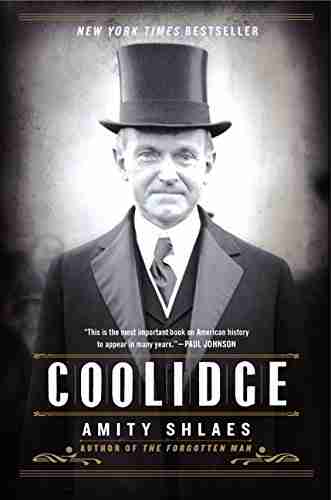 In this riveting biography, Shlaes traces Coolidge’s improbable rise from a tiny town in New England to a youth so unpopular he was shut out of college fraternities at Amherst College up through Massachusetts politics. After a divisive period of government excess and corruption, Coolidge restored national trust in Washington and achieved what few other peacetime presidents have: He left office with a federal budget smaller than the one he inherited.

A man of calm discipline, he lived by example, renting half of a two-family house for his entire political career rather than compromise his political work by taking on debt. Renowned as a throwback, Coolidge was in fact strikingly modern – an advocate of women’s suffrage and a radio pioneer. At once a revision of man and economics, Coolidge gestures to the country we once were and reminds us of qualities we had forgotten and can use today. 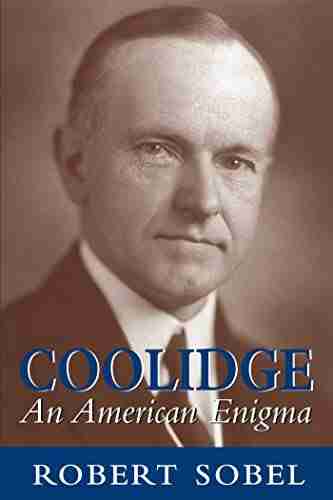 When Ronald Reagan moved into the White House, he ordered Calvin Coolidge’s portrait to be moved next to Lincoln’s and Jefferson’s in a place of high honor. Most Americans today have forgotten Coolidge’s legacy, but Reagan knew well that Coolidge’s programs in the 1920s presaged the conservative movement toward smaller government and reduced taxes. Historian Robert Sobel looks at Coolidge’s impressive record as president – his four tax cuts, his yearly budget surplus, his success shrinking the debt – in this expansive biography of a forgotten American icon. 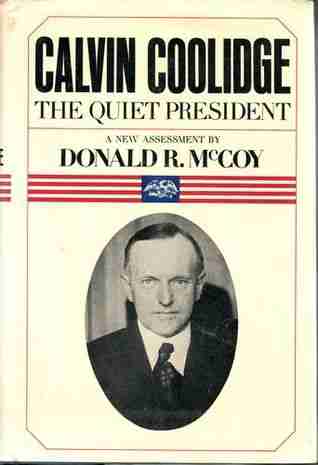 What McCoy has to say about Coolidge, the man, politician, and the President is sensible and balanced, contributing towards this being among the books that serious students of the 1920s and of the presidency should read. McCoy highlights Coolidge’s father, mother, wife, children, religious affiliation, education, occupation, political party, and other government positions he held.

The Presidency of Calvin Coolidge by Robert H. Ferrell 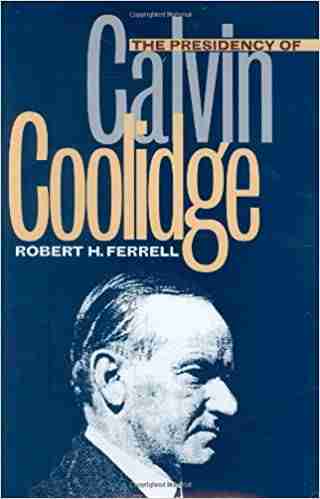 Perhaps no American president has seemed less suited to his office or his times than Calvin Coolidge. The taciturn New Englander became a vice presidential candidate by chance, then with the death of Warren G. Harding was thrust into the White House to preside dourly over the Roaring Twenties.

Ferrell shows Coolidge to have been a hard-working, sensitive individual who was a canny politician and a clever judge of people. He reveals how after being dubbed the “odd little man from Vermont” by the press, Coolidge cultivated that image in order to win the 1924 election. Alas, Coolidge’s long-suffering wife often had to serve as a safety valve for his temper.

Ferrell’s analysis of the Coolidge years shows how the President represented the essence of 1920s Republicanism. A believer in laissez-faire economics and the separation of powers, he was committed to small government, and he and his predecessors reduced the national debt by a third. More a manager than a leader, he coped successfully with the Teapot Dome scandal and crises in Mexico, Nicaragua, and China, but ignored an overheating economy.

The book makes a persuasive case for not blaming Coolidge for the failures of his party’s foreign policy; he does maintain that the President should have warned Wall Street about the dangers of overspeculating but lacked sufficient knowledge of economics to do so.

The Autobiography of Calvin Coolidge 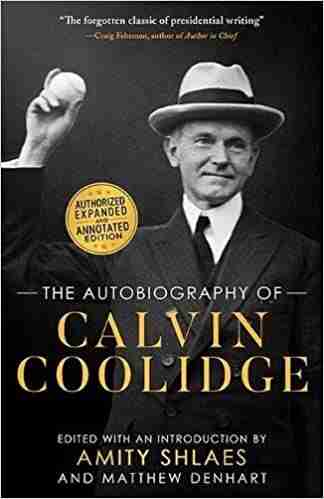 Coolidge’s masterful autobiography offers urgent lessons for our age of exploding debt, increasingly centralized power, and fierce partisan division. This expanded and annotated volume, edited by Coolidge biographer Amity Shlaes and authorized by the Coolidge family, is the definitive edition of the text that presidential historian Craig Fehrman calls “the forgotten classic of presidential writing.”

The Coolidge who emerges in these pages is a model of character, principle, and humility – rare qualities in Washington, then as now. A man of great faith, Coolidge told Americans: “Men do not make laws. They do but discover them.”

Although he emphasized economics, Coolidge insisted on the importance of “things of the spirit.” At the height of his popularity, he chose not to run again when his reelection was all but assured. In this autobiography, Coolidge explains his mindset: “It is a great advantage to a President, and a major source of safety to the country, for him to know that he is not a great man.”

For all his modesty, Coolidge left an expansive legacy – one we would do well to study today. Shlaes and ­coeditor ­Matthew Denhart draw out the lessons from Coolidge’s life and career in an enlightening introduction and annotations to Coolidge’s text. To aid Coolidge scholars young and old, the editors have also assembled nearly three dozen photographs, several of Coolidge’s greatest speeches, and a timeline of Coolidge’s life. 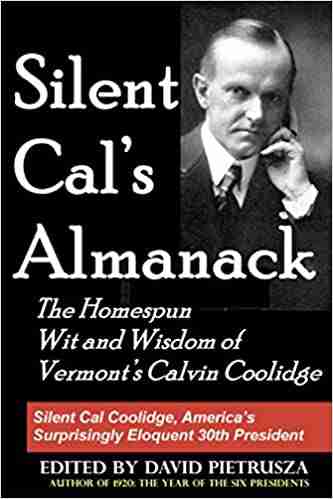 A treasury of the wit and wisdom of Calvin Coolidge, America’s surprisingly eloquent 30th President. Every politician that comes down the pike, promises you four or five of the same things. He or she will cut taxes, reduce unemployment, spur growth, balance the budget, and suppress inflation. They all promise such things. They never do them – and we fall for it every time. Calvin Coolidge accomplished all of the above, and Silent Cal’s Almanack includes:

“Now you hear a lot of jokes about Silent Cal Coolidge, but I think the joke is on the people that make jokes because if you look at his record, he cut taxes four times. We had probably the greatest growth and prosperity that we’ve ever known,” Ronald Reagan once said.

Calvin Coolidge in the Black Hills by Seth Tupper 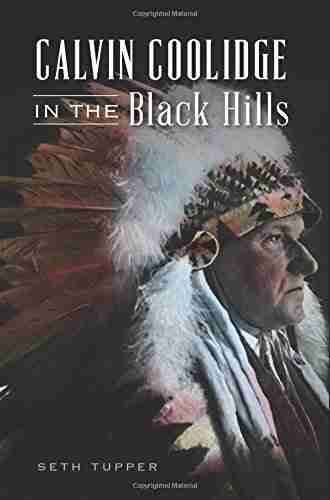 On August 2, 1927, President Calvin Coolidge shocked the nation by announcing he would not seek reelection. The declaration came from the Black Hills of South Dakota, where Coolidge was vacationing to escape the oppressive Washington summer and to win over politically rebellious farmers. He passed his time at rodeos, fishing, meeting Native American dignitaries, and kick-starting the stagnant carving of Mount Rushmore.

But scandal was never far away as Coolidge dismissed a Secret Service man in a fit of anger. Was it this internal conflict that led Coolidge to make his famous announcement or the magic of the Black Hills? In this gem among books on Calvin Coolidge, Veteran South Dakota journalist Seth Tupper chronicles his Black Hills adventure and explores the lasting legacy of the presidential summer on the region.

If you enjoyed this guide to essential books on Calvin Coolidge, be sure to check out our list of The 10 Best Books on President Woodrow Wilson!