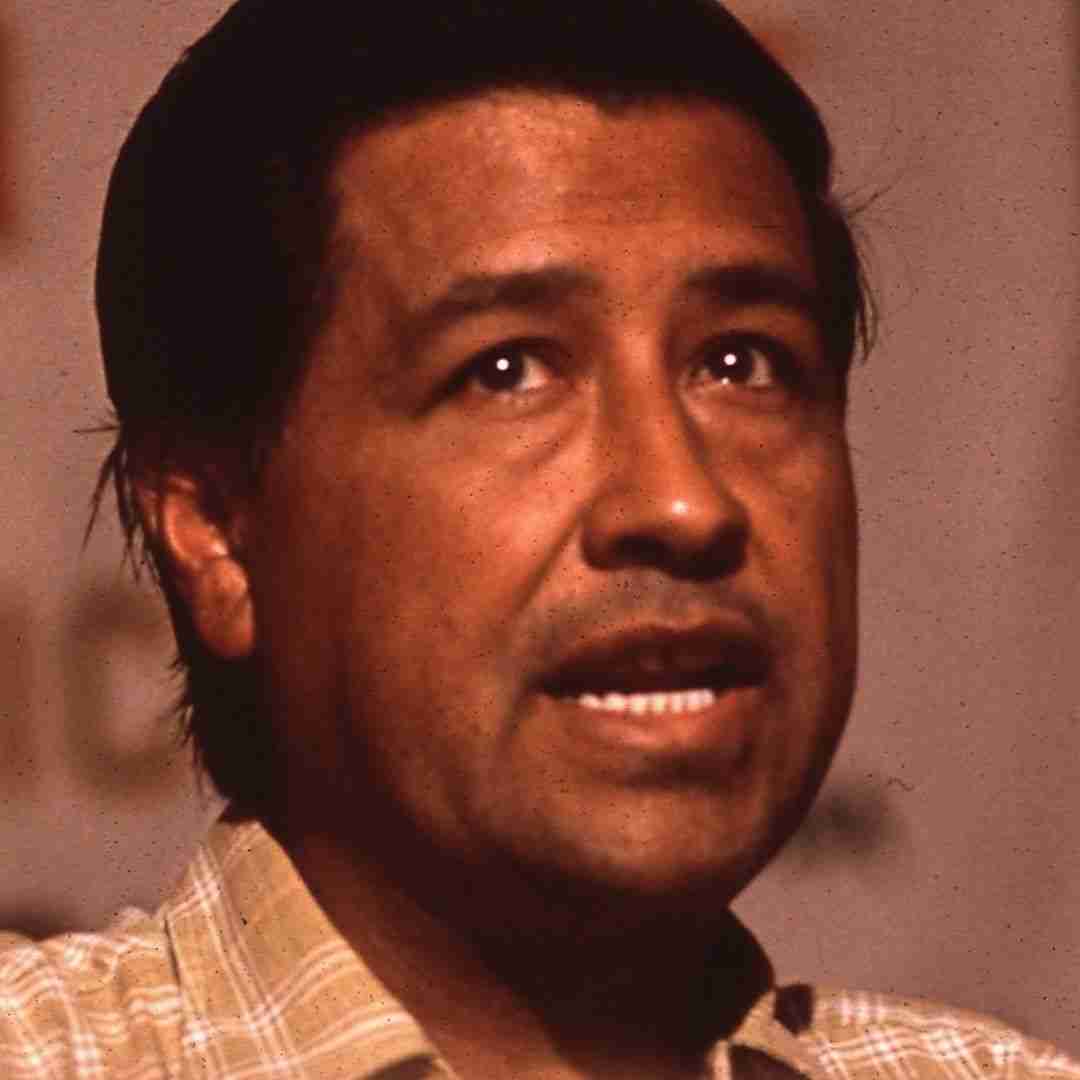 There are numerous books on Cesar Chavez, and it comes with good reason, he was a civil rights activist who championed nonviolent methods to bring about positive social change in the lives of migrant farmworkers.

“From the depth of need and despair, people can work together, can organize themselves to solve their own problems and fill their own needs with dignity and strength,” he remarked.

In order to get to the bottom of what inspired one of America’s most consequential figures to the heights of societal contribution, we’ve compiled a list of the 10 best books on Cesar Chavez. 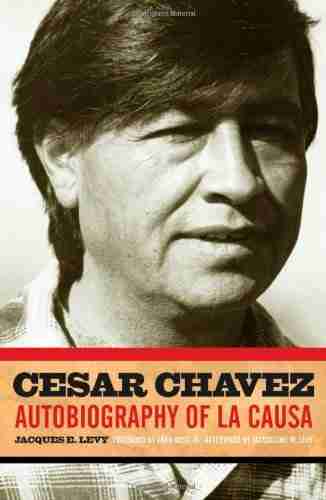 Mexican-American civil rights and labor activist Cesar Chavez comes to life in this vivid portrait of the charismatic and influential fighter who boycotted supermarkets and took on corporations, the government, and the powerful Teamsters Union. Jacques E. Levy gained unprecedented access to Chavez and the United Farm Workers Union in writing this account of one of the most successful labor movements in history which can also serve as a guidebook for social and political change.

“[An] exceptionally interesting and intimate oral history…Against a background of motels and all-night cafes and strikes, the high relief in which the characters stand out is truly fascinating. Jacques Levy’s biography of Chavez has unforgettable descriptive passages and fine photographs,” writes The Nation. 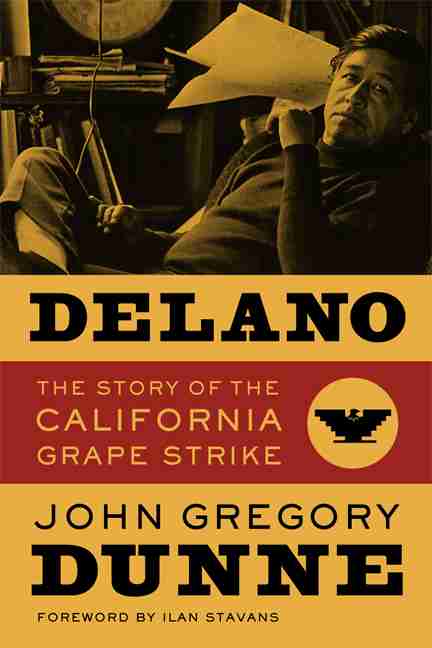 In September 1965, Filipino and Mexican American farm workers went on strike against grape growers in and around Delano, California. More than a labor dispute, the strike became a movement for social justice that helped redefine Latino and American politics. The strike also catapulted its leader, Cesar Chavez, into prominence as one of the most celebrated American political figures of the twentieth century.

More than forty years after its original publication, Delano: The Story of the California Grape Strike, based on compelling first-hand reportage and interviews, retains both its freshness and its urgency in illuminating a moment of unusually significant social ferment.

The Crusades of Cesar Chavez by Miriam Powel 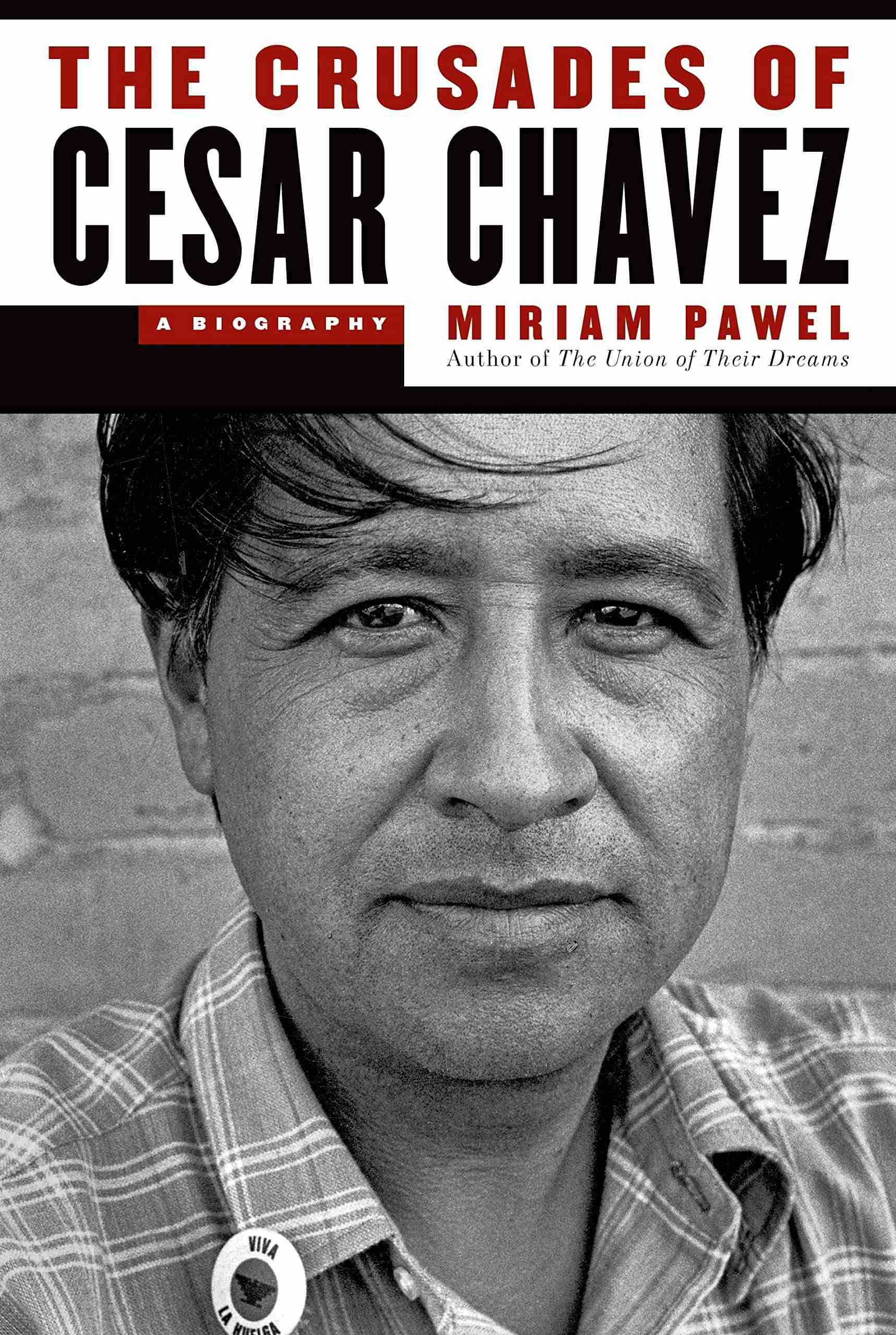 Cesar Chavez founded a labor union, launched a movement, and inspired a generation. He rose from migrant worker to national icon, becoming one of the great charismatic leaders of the 20th century. Two decades after his death, Chavez remains the most significant Latino leader in US history. Yet his life story has been told only in hagiography until now.

In the first comprehensive biography of Chavez, Miriam Pawel offers a searching yet empathetic portrayal. Chavez emerges here as a visionary figure with tragic flaws; a brilliant strategist who sometimes stumbled; and a canny, streetwise organizer whose pragmatism was often at odds with his elusive, soaring dreams. He was an experimental thinker with eclectic passions – an avid, self-educated historian and a disciple of Gandhian non-violent protest.

Drawing on thousands of documents and scores of interviews, this superbly written life deepens our understanding of one of Chavez’s most salient qualities: his profound humanity. Pawel traces Chavez’s remarkable career as he conceived strategies that empowered the poor and vanquished California’s powerful agriculture industry, and his later shift from inspirational leadership to a cult of personality, with tragic consequences for the union he had built.

From the Jaws of Victory by Matthew Garcia 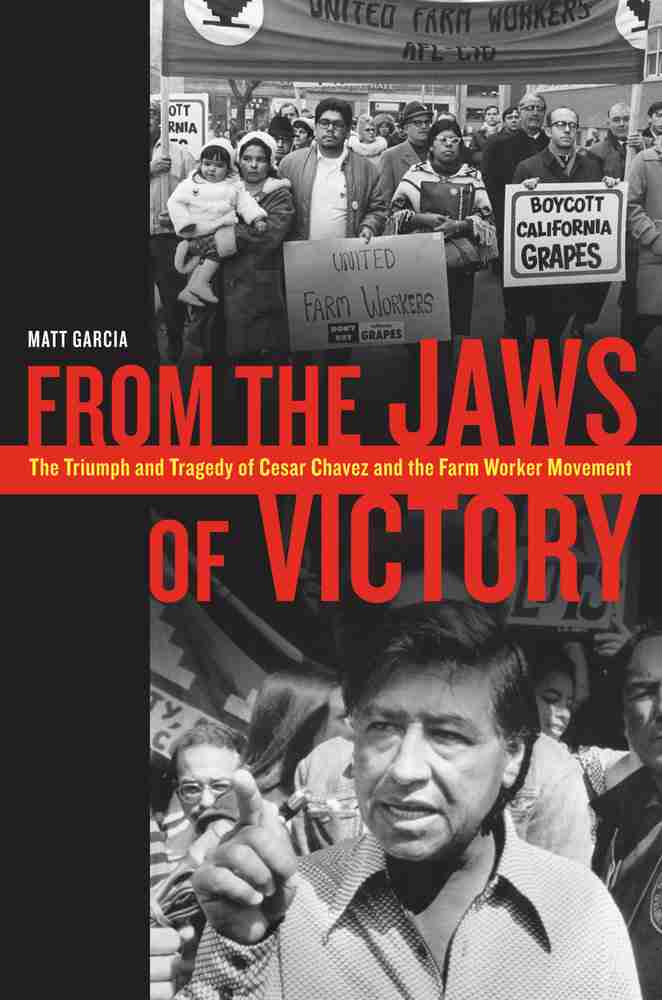 From the Jaws of Victory is the most comprehensive history ever written on the meteoric rise and precipitous decline of the United Farm Workers, the most successful farm labor union in United States history. Based on little-known sources and one-of-a-kind oral histories with many veterans of the farm worker movement, this book revises much of what we know about the UFW.

Matt Garcia’s gripping account of the expansion of the union’s grape boycott reveals how the boycott, which UFW leader Cesar Chavez initially resisted, became the defining feature of the movement and drove the growers to sign labor contracts in 1970. Garcia vividly relates how, as the union expanded and the boycott spread across the United States, Canada, and Europe, Chavez found it more difficult to organize workers and fend off rival unions. Ultimately, the union was a victim of its own success and Chavez’s growing instability.

The book delves deeply into Chavez’s attitudes and beliefs, and how they changed over time. Garcia also presents in-depth studies of other leaders in the UFW, including Gilbert Padilla, Marshall Ganz, Dolores Huerta, and Jerry Cohen. He introduces figures such as the co-coordinator of the boycott, Jerry Brown; the undisputed leader of the international boycott, Elaine Elinson; and Harry Kubo, the Japanese American farmer who led a successful campaign against the UFW in the mid-1970s.

In the summer of 1968, Peter Matthiessen met Cesar Chavez for the first time. They were the same age: forty-one. Matthiessen lived in New York City, while Chavez lived in the Central Valley farm town of Delano, where the grape strike was unfolding. This book is Matthiessen’s panoramic yet finely detailed account of the three years he spent working and traveling with Chavez, including to Sal Si Puedes, the San Jose barrio where Chavez began his organizing.

Matthiessen provides a candid look into the many sides of this enigmatic and charismatic leader who lived by the laws of nonviolence. Sal Si Puedes is less reportage than living history. In its pages a whole era comes alive: the Chicano, Black Power, and antiwar movements; the browning of the labor movement; Chavez’s fasts; the nationwide boycott of California grapes. When Chavez died in 1993, tens of thousands gathered at his funeral. It was a clear sign of how beloved he was and how important his life had been.

Beyond the Fields by Randy Shaw 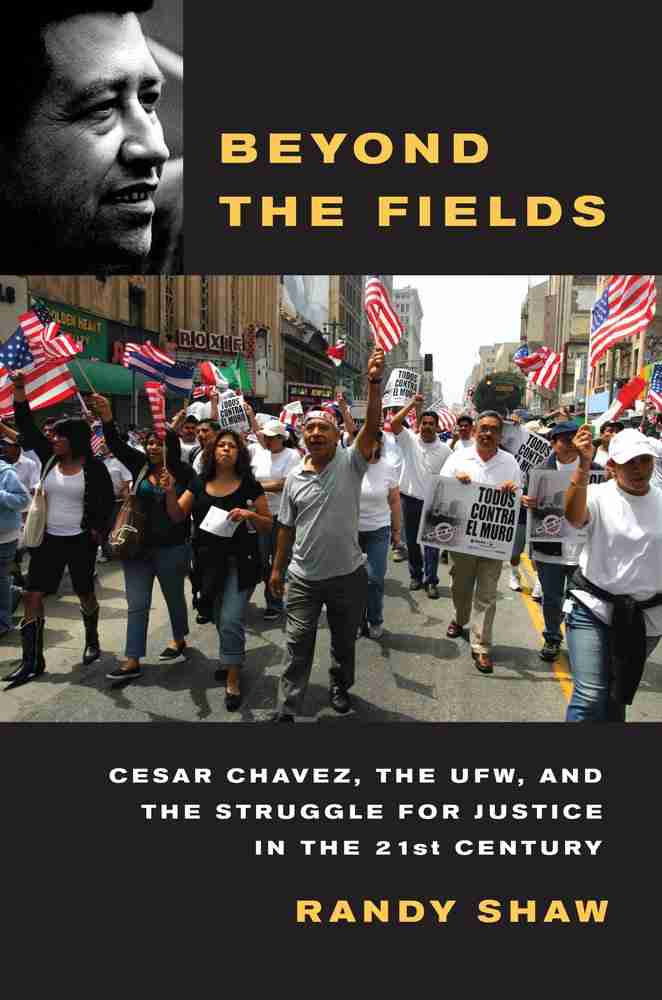 Cesar Chavez is the most prominent Latino in United States history books, and much has been written about Chavez and the United Farm Worker’s heyday in the 1960s and ’70s. But left untold has been their ongoing impact on 21st-century social justice movements.

Beyond the Fields unearths this legacy, and describes how Chavez and the UFW’s imprint can be found in the modern reshaping of the American labor movement, the building of Latino political power, the transformation of Los Angeles and California politics, the fight for environmental justice, and the burgeoning national movement for immigrant rights.

Many of the ideas, tactics, and strategies that Chavez and the UFW initiated or revived – including the boycott, the fast, clergy-labor partnerships and door-to-door voter outreach – are now so commonplace that their roots in the farmworkers’ movement is forgotten. This powerful book also describes how the UFW became the era’s leading incubator of young activist talent, creating a generation of skilled alumni who went on to play critical roles in progressive campaigns. 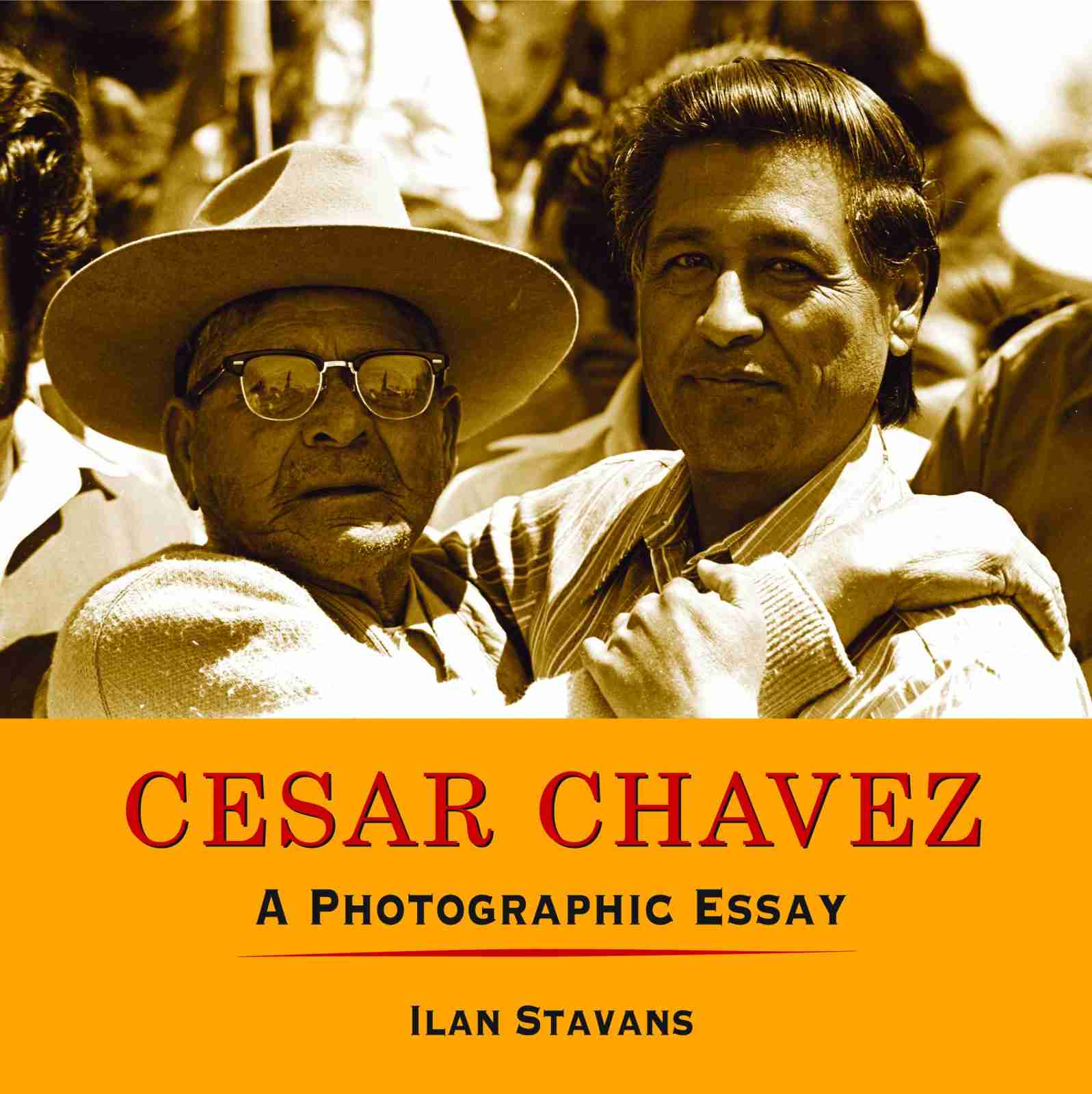 Esteemed Latin American scholar and writer Ilan Stavans, supported by more than forty photographs from archival collections at the Cesar E. Chavez Foundation, restores this man’s humanity so that readers can understand his struggles as a labor organizer and civil rights activist for farm workers.

Cesar Chavez: A Photographic Essay, a 2011 Skipping Stones honor award book, discusses Chavez’s growing up years and his family; his comadre Dolores Huerta, who stood with him from the beginning; his relationship with Dr. King and other activists in the broader struggles for civil rights for all people of color; and his insistence on being an activist for the rights of farm workers when so much media attention was given to the civil rights activists in the cities.

Trampling Out the Vintage by Frank Bardacke 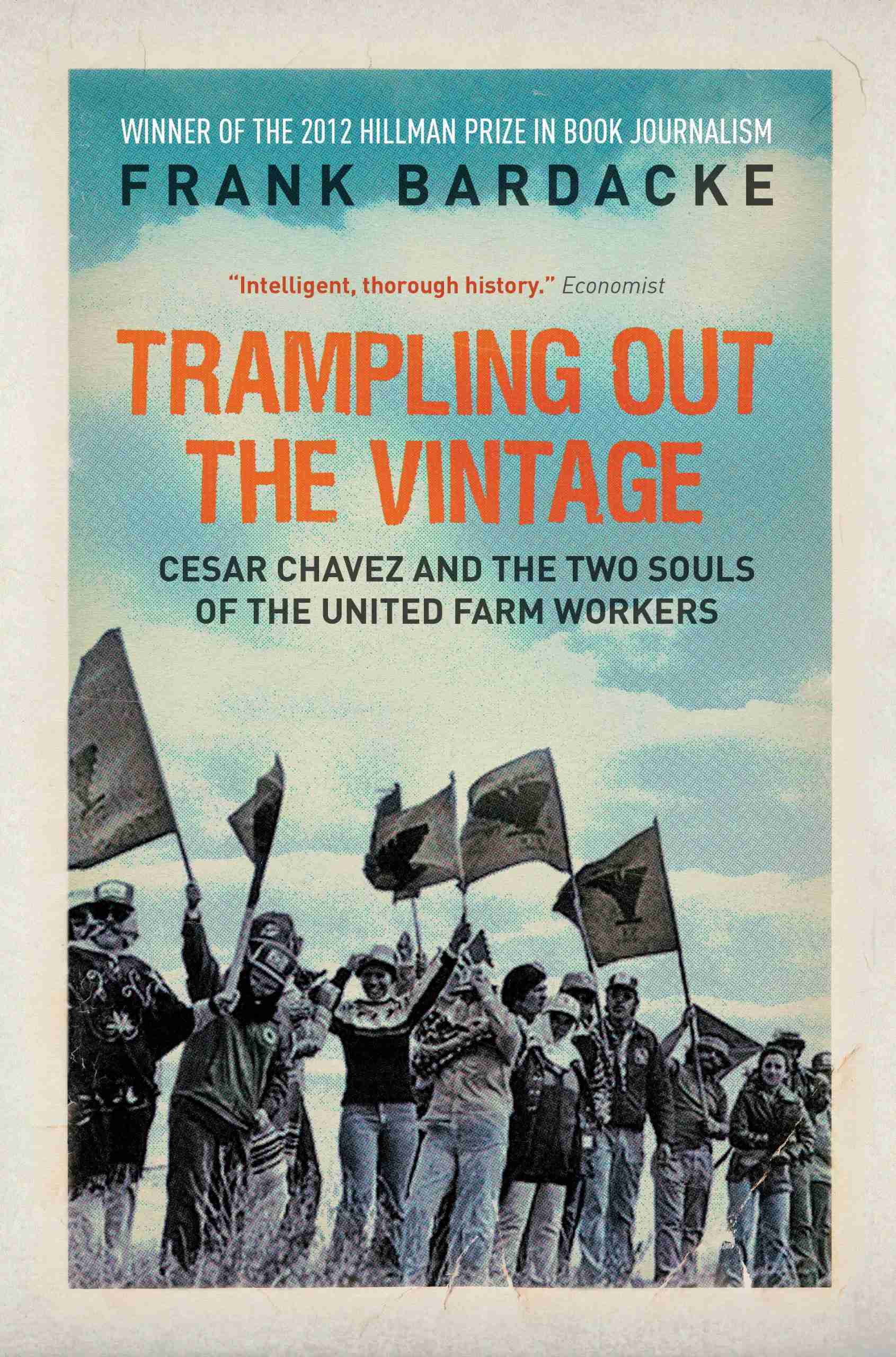 In its heyday, the United Farm Workers was an embodiment of its slogan “Yes, we can” – in the form “¡Sí, Se Puede!” – winning many labor victories, securing collective bargaining rights for farm workers, and becoming a major voice for the Latino community. Today, it is a mere shadow of its former self.

Trampling Out the Vintage is the authoritative and award-winning account of the rise and fall of the United Farm Workers and its most famous and controversial leader, Cesar Chavez. Based on interviews conducted over many years – with farm workers, organizers, and the opponents and friends of the UFW – the book tells a story of collective action and empowerment rich in evocative detail and stirring human interest.

Beginning with the influence of the ideas of Saul Alinsky and Catholic Social Action at the union’s founding, through the UFW’s thrilling triumphs in the California fields, the drama concludes with the debilitating internal struggles that effectively crippled the union. A vivid rendering of farm work and the world of the farm worker, Trampling Out the Vintage is a dramatic reappraisal of the political trajectory of Cesar Chavez and the United Farm Workers and an essential re-evaluation of their most tumultuous years.

The Political Spirituality of Cesar Chavez by Luis D. Leon 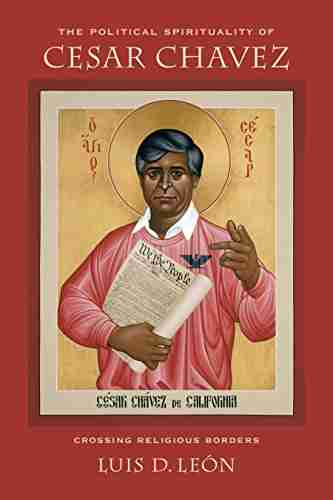 The Political Spirituality of Cesar Chavez maps and challenges many of the mythologies that surround the late iconic labor leader. Focusing on Chavez’s own writings, Leon argues that La Causa can be fruitfully understood as a quasi-religious movement based on Chavez’s charismatic leadership, which he modeled after Martin Luther King Jr. and Gandhi.

Chavez recognized that spiritual prophecy, or political spirituality, was the key to disrupting centuries-old dehumanizing narratives that conflated religion with race. Chavez’s body became emblematic for Chicano identity and enfleshed a living revolution.

While there is much debate and truth-seeking around how he is remembered, through investigating the leader’s construction of his own public memory, the author probes the meaning of the discrepancies. By refocusing Chavez’s life and beliefs into three broad movements – mythology, prophecy, and religion – Leon brings us a moral and spiritual agent to match the political leader.

The Fight in the Fields by Susan Ferriss 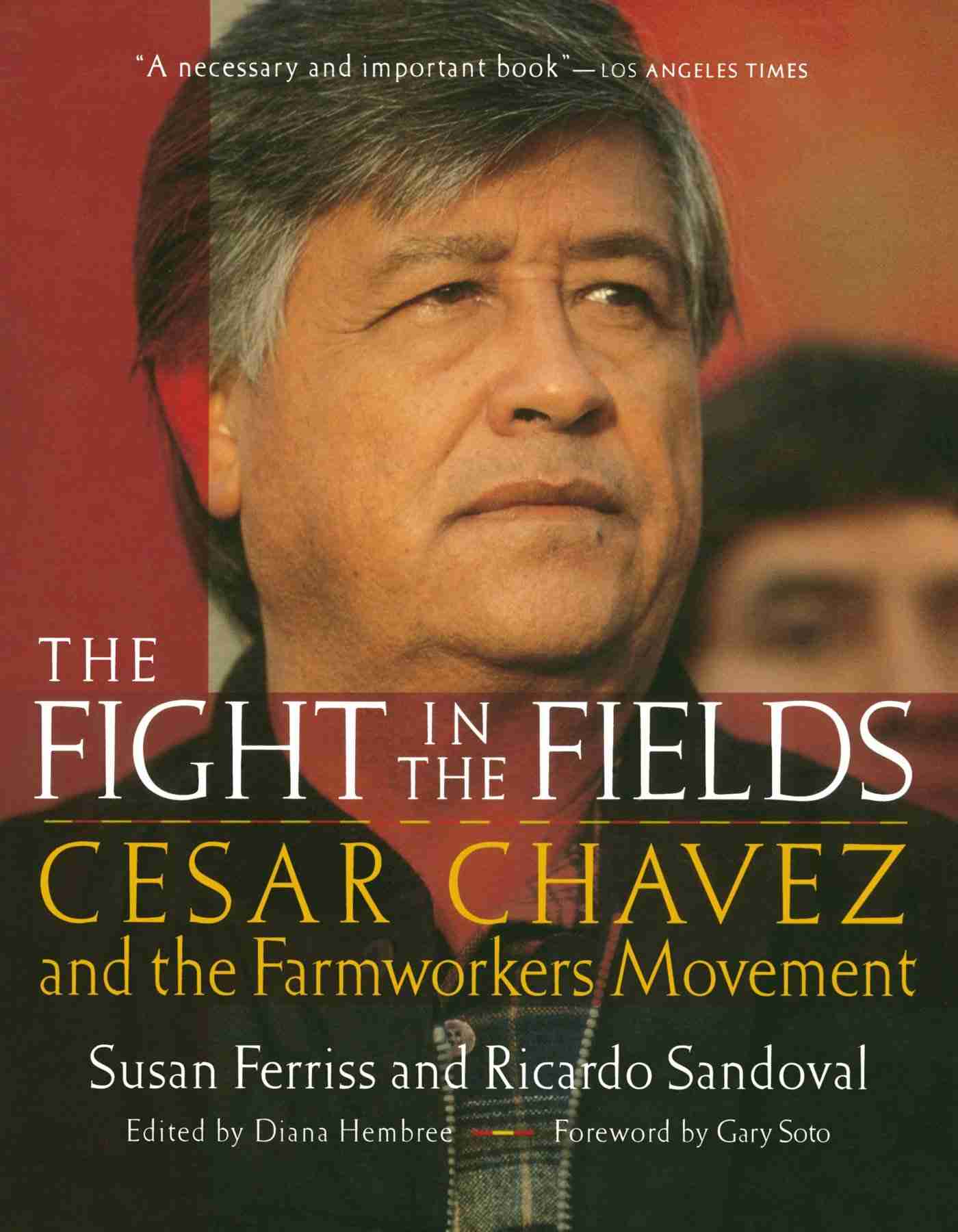 The illustrated companion book to the PBS documentary of the same name tells the story of the late leader of America’s migrant farmworkers and the United Farm Workers Union, and their battle against the giant agribusinesses. A “vivid, well-documented account of the farmworkers movement” (Philadelphia Inquirer) and its prime mover, Cesar Chavez.

The Gospel of Cesar Chavez; Edited and Introduced by Mario T. Garcia 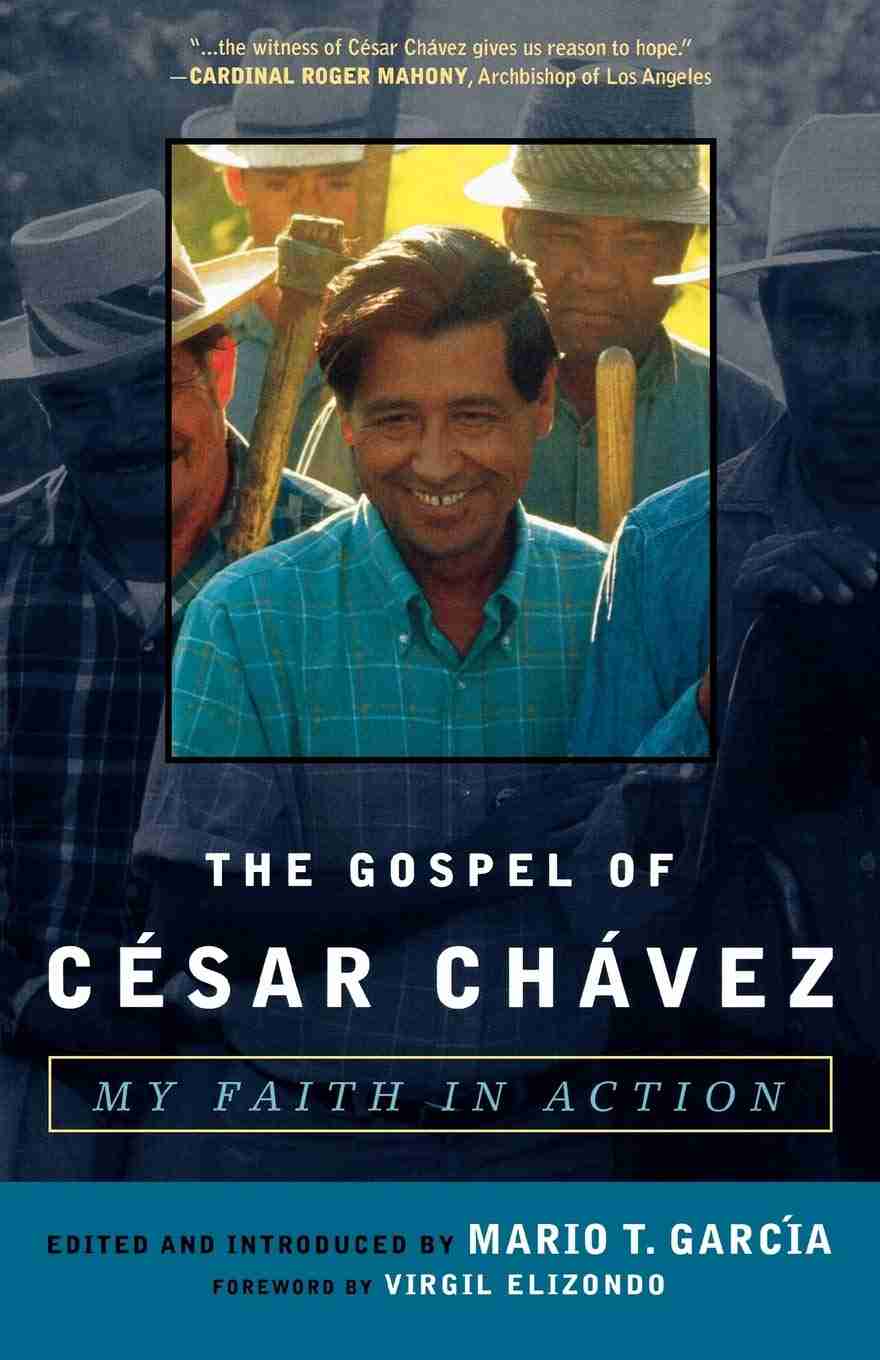 Once asked to explain how he had sustained himself over so many years of struggle, Cesar Chavez responded: “I don’t think I could base my will to struggle on cold economics or some political doctrine. For me, the base must be faith.”

In evaluating the life and struggles of Chavez, one of the most recognized Latino leaders in the United States and the first labor leader to successfully organize and unionize U.S. farm workers, many historians, journalists, and other writers have largely missed one significant factor of his life – his faith and deep spirituality. This gem among books on Cesar Chavez uses the prolific leader’s own words to express his profound faith and the way it shaped his life and leadership.

If you enjoyed this guide to essential books on Cesar Chavez, be sure to check out our list of The 10 Best Books on Rosa Parks!