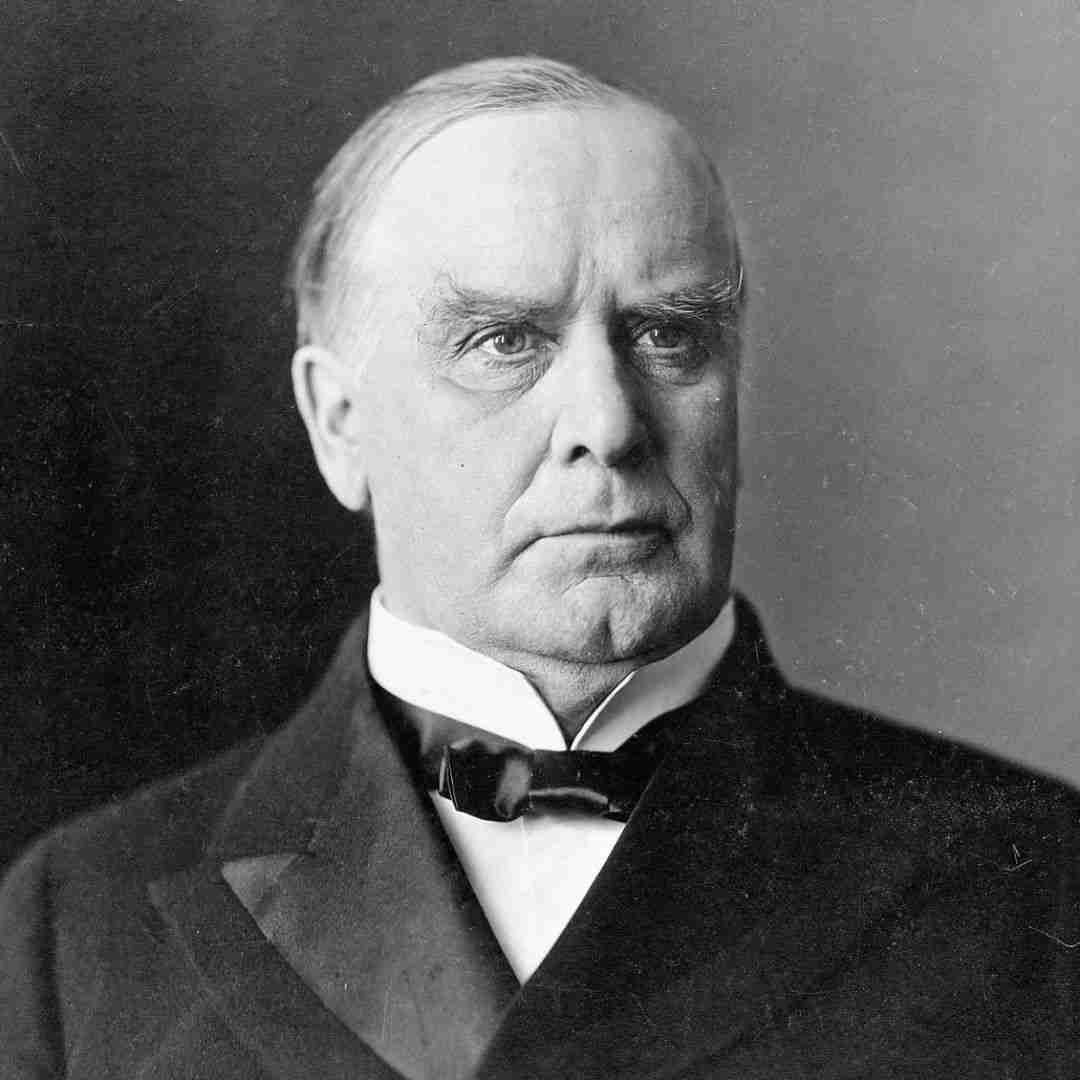 There are numerous books on William McKinley, and it comes with good reason, aside from being elected America’s twenty-fifth President (1897-1901), he led the nation to victory in the Spanish-American War and raised protective tariffs to promote domestic industry, before ultimately being assassinated just six months into his second term.

“That’s all a man can hope for during his lifetime – to set an example – and when he is dead, to be an inspiration for history,” he remarked.

In order to get to the bottom of what inspired one of America’s most consequential figures to the height of political power, we’ve compiled a list of the 5 best books on William McKinley. 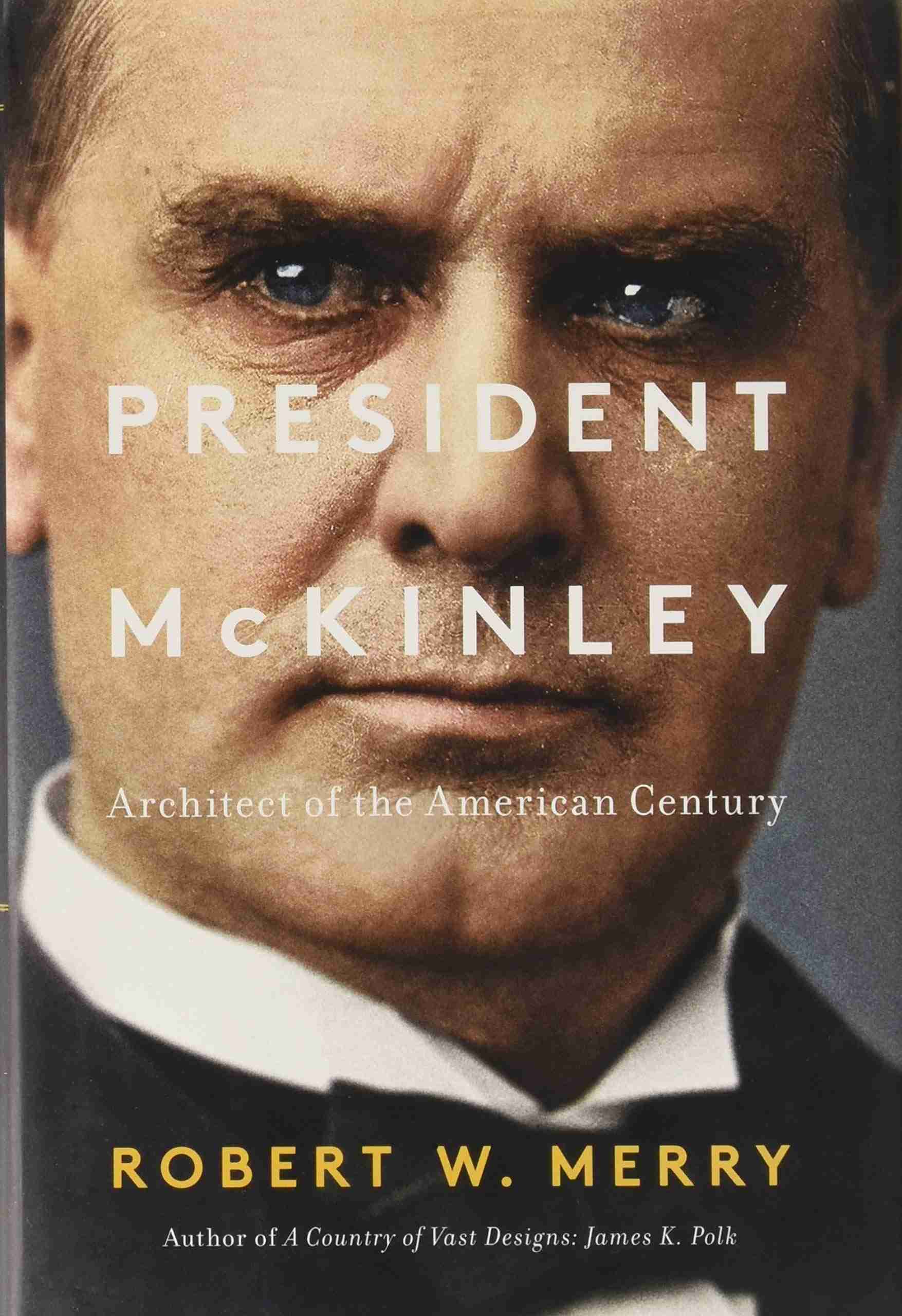 Republican President William McKinley in his two terms as president transformed America. He established the US as an imperial power. Although he does not register large in either public memory or in historians’ rankings, in this revealing account, Robert W. Merry unfolds the mystery of how this bland man managed so much powerful change.

McKinley settled decades of monetary controversy by taking the country to a strict gold standard; in the Spanish-American war he kicked Spain out of the Caribbean and liberated Cuba from Spain; in the Pacific he acquired Hawaii and the Philippines through war and diplomacy; he developed the doctrine of “fair trade,” forced the “Open Door” to China, and forged our “special relationship” with Great Britain.

In short, he established the non-colonial imperialism that took America into global preeminence. He expanded executive power and managed public opinion through his quiet manipulation of the press. McKinley paved the way for the bold and flamboyant leadership of his famous successor, Teddy Roosevelt, who built on his accomplishments (and got credit for them).

Merry writes movingly about McKinley’s admirable personal life, from his simple Midwestern upbringing to his Civil War heroism to his brave comportment just moments before his death by assassination. Lively, definitive, and eye-opening, President McKinley resurrects this overlooked president and places him squarely on the list of one of the most important.

The President and the Assassin by Scott Miller 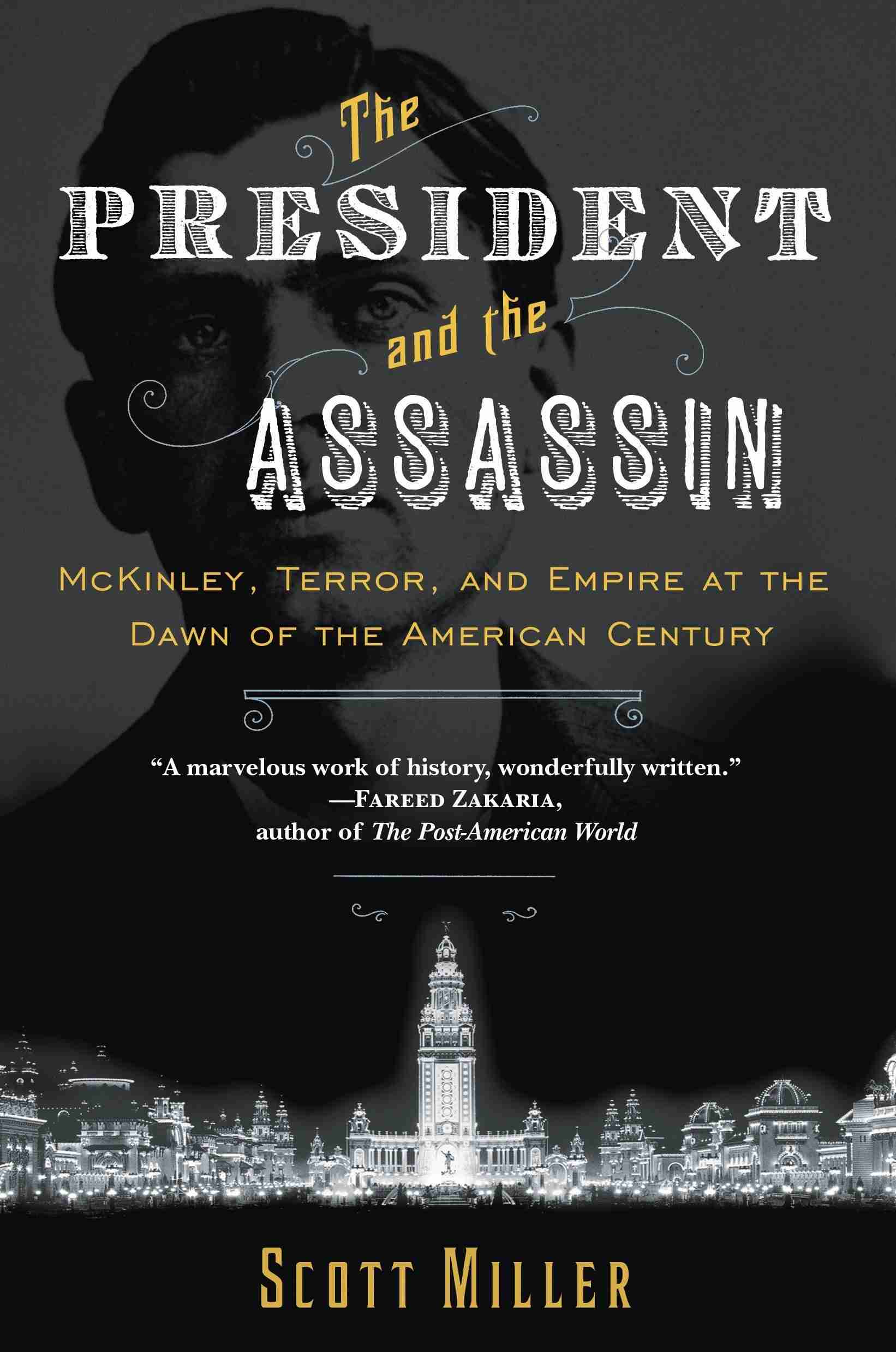 In 1901, as America tallied its gains from a period of unprecedented imperial expansion, an assassin’s bullet shattered the nation’s confidence. The shocking murder of President William McKinley threw into stark relief the emerging new world order of what would come to be known as the American Century. The President and the Assassin is the story of the momentous years leading up to that event, and of the very different paths that brought together two of the most compelling figures of the era: President William McKinley and Leon Czolgosz, the anarchist who murdered him.

The two men seemed to live in eerily parallel Americas. McKinley was to his contemporaries an enigma, a president whose conflicted feelings about imperialism reflected the country’s own. Under its popular Republican commander-in-chief, the United States was undergoing an uneasy transition from a simple agrarian society to an industrial powerhouse spreading its influence overseas by force of arms.

Czolgosz was on the losing end of the economic changes taking place – a first-generation Polish immigrant and factory worker sickened by a government that seemed focused solely on making the rich richer. With a deft narrative hand, journalist Scott Miller chronicles how these two men, each pursuing what he considered the right and honorable path, collided in violence at the 1901 Pan-American Exposition in Buffalo, New York.

The Triumph of William McKinley by Karl Rove 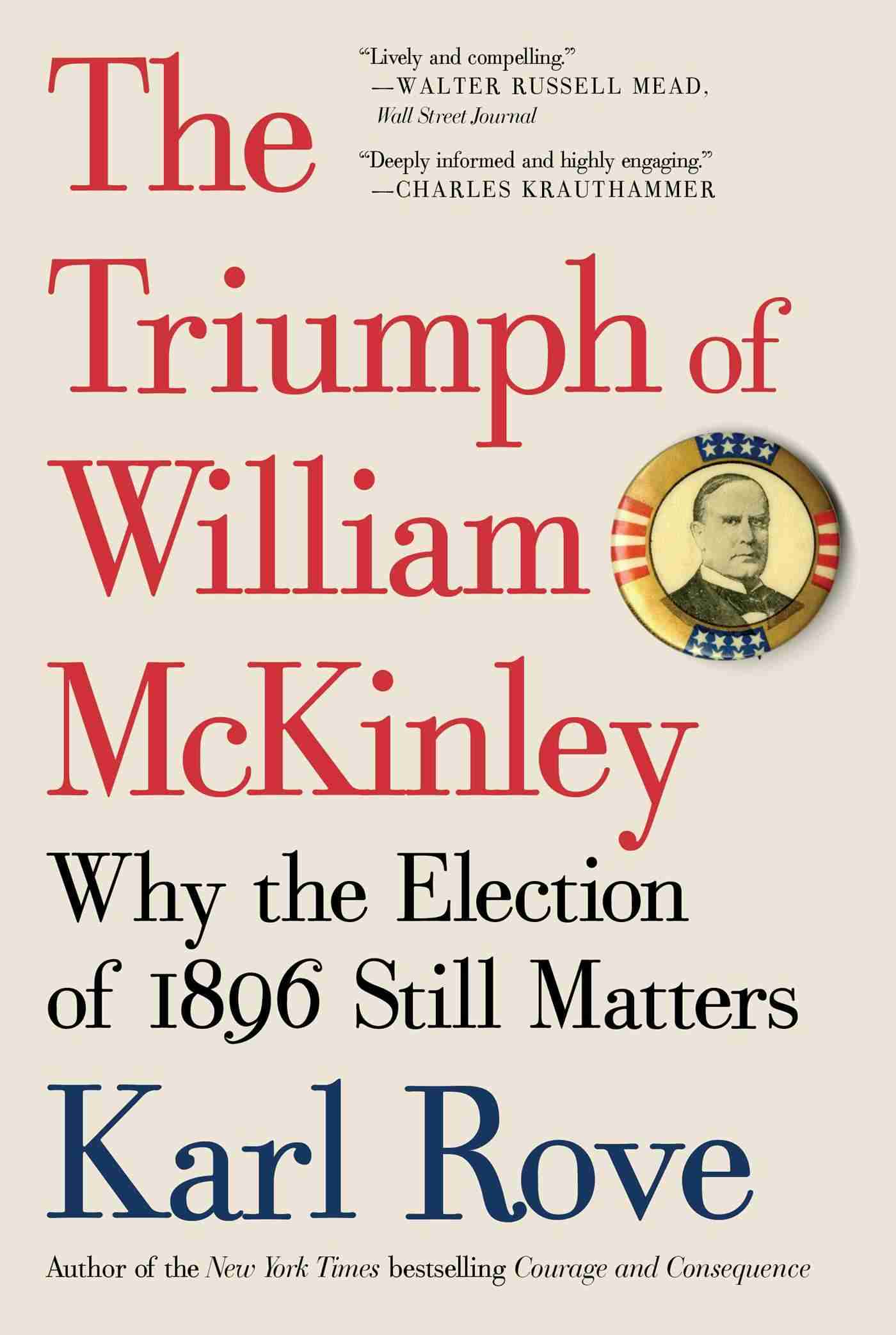 The 1896 political environment resembles that of today: an electorate being transformed by a growing immigrant population, an uncertain economy disrupted by new technologies, growing income inequality, and basic political questions the two parties could not resolve. McKinley’s winning presidential campaign addressed these challenges and reformed his party. With “a sure touch [and] professional eye” (The Washington Post), Rove tells the story of the 1896 election and shows why McKinley won, creating a governing majority that dominated American politics for the next thirty-six years.

McKinley, a Civil War hero, changed the arc of American history by running the first truly modern presidential campaign. Knowing his party needed to expand its base to win, he reached out to diverse ethnic groups, seeking the endorsement of Catholic leaders and advocating for black voting rights. Running on the slogan “The People Against the Bosses,” McKinley also took on the machine men who dominated his own party. He deployed campaign tactics still used today, including targeting voters with the best available technology.

Above all, he offered bold, controversial answers to the nation’s most pressing problem – how to make a new, more global economy work for every American – and although this split his own party, he won the White House by sticking to his principles, defeating a champion of economic populism, William Jennings Bryan. 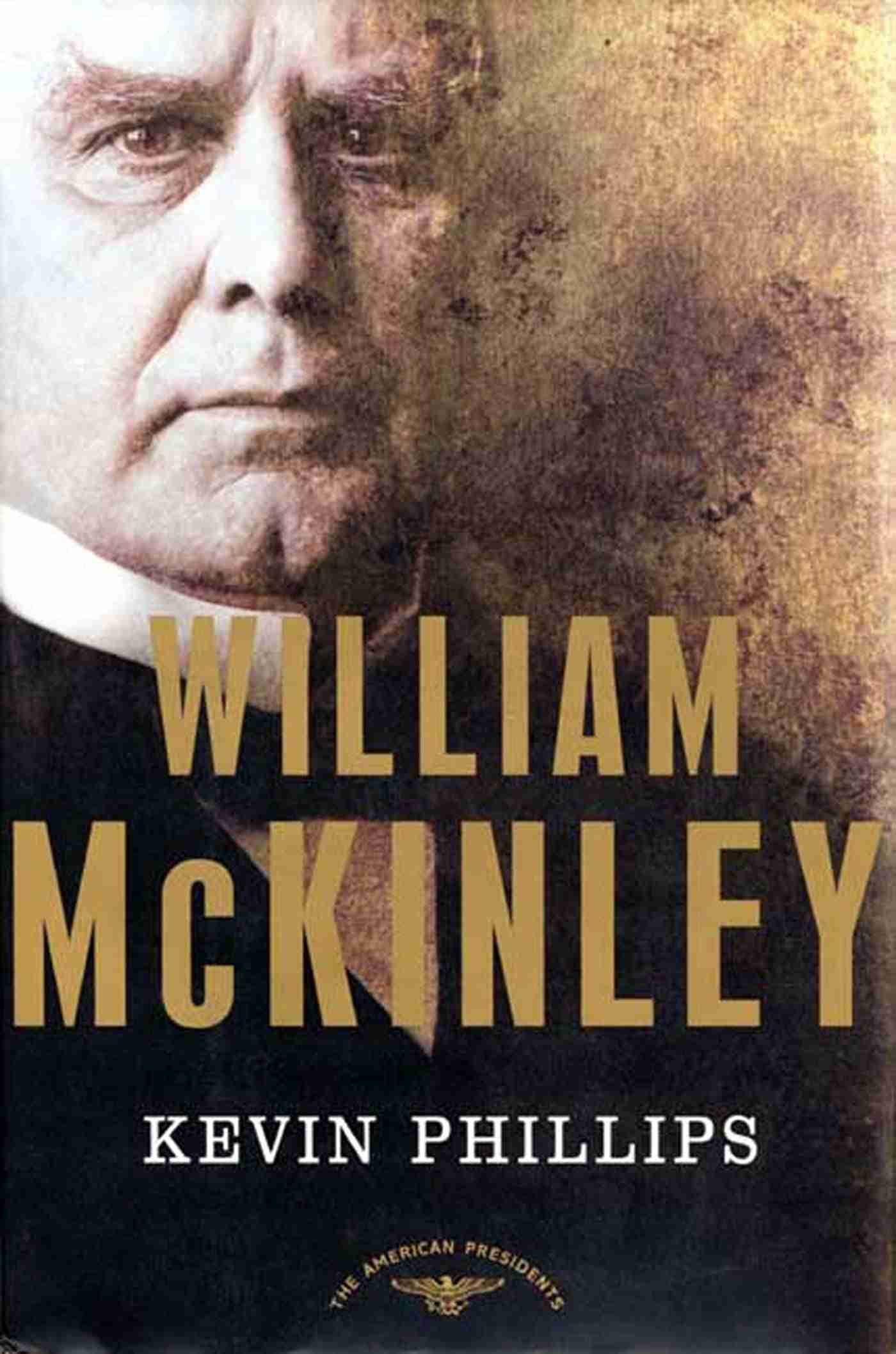 By any serious measurement, bestselling historian Kevin Phillips argues, William McKinley was a major American president. It was during his administration that the United States made its diplomatic and military debut as a world power. McKinley was one of eight presidents who, either in the White House or on the battlefield, stood as principals in successful wars, and he was among the six or seven to take office in what became recognized as a major realignment of the U.S. party system.

Phillips has long been fascinated with McKinley in the context of how the GOP began each of its cycles of power. He argues that McKinley’s lackluster ratings have been sustained not by unjust biographers but by years of criticism about his personality, indirect methodologies, middle-class demeanor, and tactical inability to inspire the American public.

In this gem among books on William McKinley, Phillips musters convincing evidence that McKinley’s desire to heal, renew prosperity, and reunite the country qualify him for promotion into the ranks of the best chief executives. 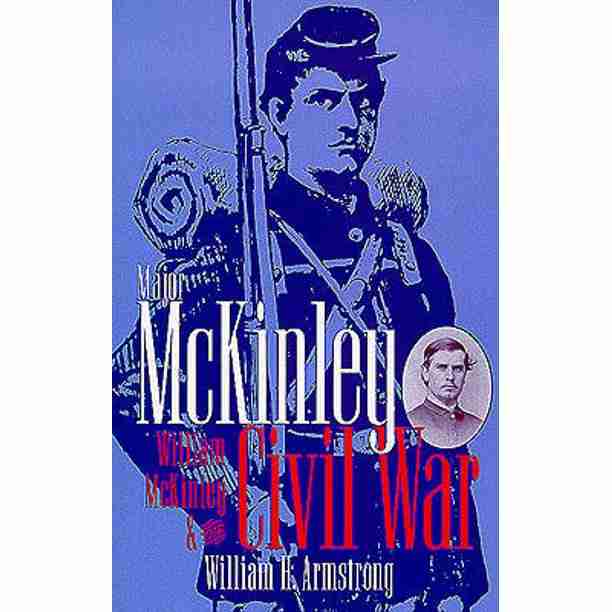 Major McKinley is the first complete account of the Civil War service of President William McKinley, the last of the Civil War veterans to reach the White House and the only one who served in the ranks. McKinley enlisted as a private in the 23rd Ohio Volunteer Infantry (Later commanded by another future president, Rutherford B. Hayes) and was the regiment’s commissary sergeant when his bravery at the Battle of Antietam led to a commission and an assignment to Hayes’s military staff.

Drawing on a wide variety of sources, including McKinley’s own paper and the diaries and letters of men who served with him, this book presents a new picture of McKinley as a soldier and provides a fresh appreciation of his later life as a veteran in politics.

If you enjoyed this guide to the best books on William McKinley, be sure to check out our list of The 10 Best Books on President Thomas Jefferson!