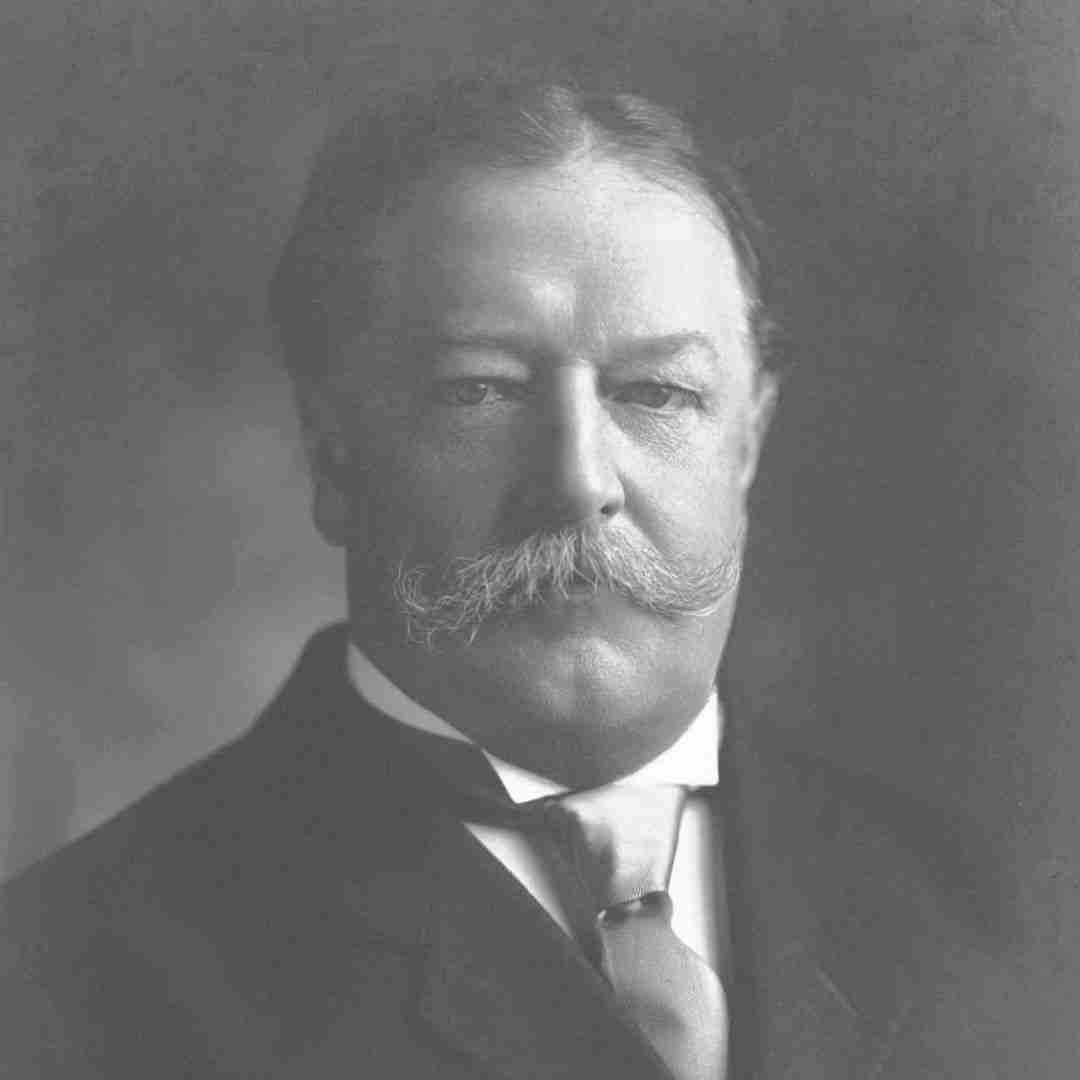 There are numerous books on William Howard Taft, and it comes with good reason, aside from being elected America’s twenty-seventh President (1909-1913), he later became the tenth Chief Justice of the United States (1921-1930) and the only person to have served in both of these offices.

In order to get to the bottom of what inspired one of America’s most consequential figures to the height of political power, we’ve compiled a list of the 5 best books on William Howard Taft. 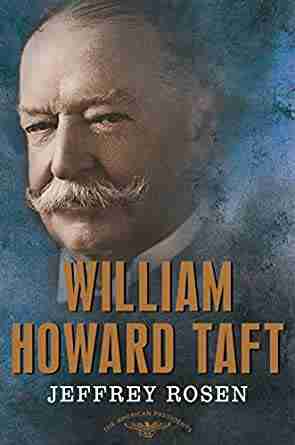 William Howard Taft never wanted to be president and yearned instead to serve as chief justice of the United States. But despite his ambivalence about politics, the former federal judge found success in the executive branch as governor of the Philippines and secretary of war, and he won a resounding victory in the presidential election of 1908 as Theodore Roosevelt’s handpicked successor.

In this provocative assessment, Jeffrey Rosen reveals Taft’s crucial role in shaping how America balances populism against the rule of law. Taft approached each decision as president by asking whether it comported with the Constitution, seeking to put Roosevelt’s activist executive orders on firm legal grounds. But unlike Roosevelt, who thought the president could do anything the Constitution didn’t forbid, Taft insisted he could do only what the Constitution explicitly allowed.

This led to a dramatic breach with Roosevelt in the historic election of 1912, which Taft viewed as a crusade to defend the Constitution against the demagogic populism of Roosevelt and Woodrow Wilson.

Nine years later, Taft achieved his lifelong dream when President Warren Harding appointed him chief justice, and during his years on the Court he promoted consensus among the justices and transformed the judiciary into a modern, fully equal branch. Though he had chafed in the White House as a judicial president, he thrived as a presidential chief justice. 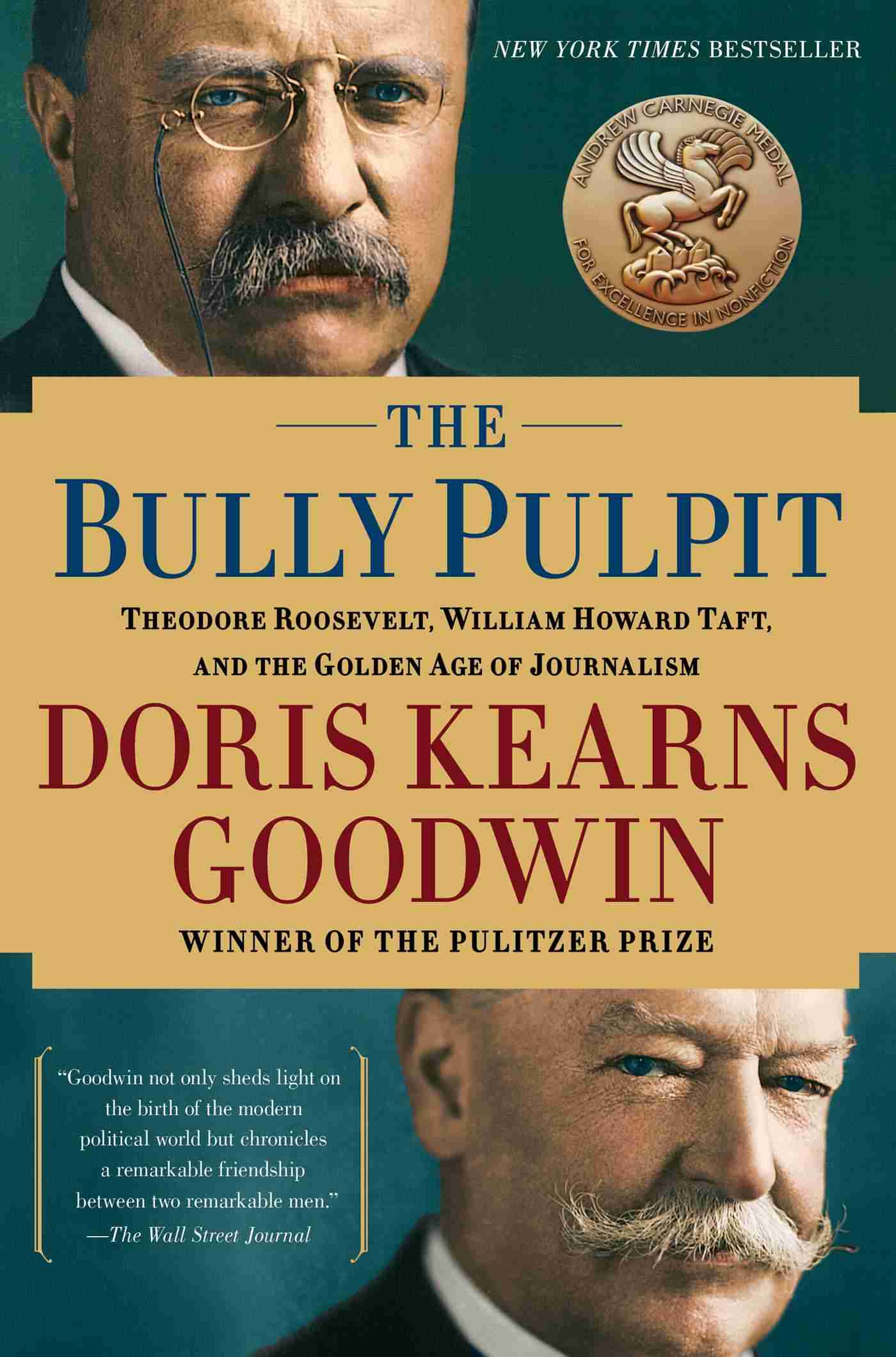 The story is told through the intense friendship of Theodore Roosevelt and William Howard Taft – a close relationship that strengthens both men before it ruptures in 1912, when they engage in a brutal fight for the presidential nomination that divides their wives, their children, and their closest friends, while crippling the progressive wing of the Republican Party, causing Democrat Woodrow Wilson to be elected, and changing the country’s history.

The Bully Pulpit is also the story of the muckraking press, which arouses the spirit of reform that helps Roosevelt push the government to shed its laissez-faire attitude toward robber barons, corrupt politicians, and corporate exploiters of our natural resources. The muckrakers are portrayed through the greatest group of journalists ever assembled at one magazine – Ida Tarbell, Ray Stannard Baker, Lincoln Steffens, and William Allen White – teamed under the mercurial genius of publisher S. S. McClure.

Goodwin’s narrative is founded upon a wealth of primary materials. The correspondence of more than four hundred letters between Roosevelt and Taft begins in their early thirties and ends only months before Roosevelt’s death. Edith Roosevelt and Nellie Taft kept diaries. The muckrakers wrote hundreds of letters to one another, kept journals, and wrote their memoirs. The letters of Captain Archie Butt, who served as a personal aide to both Roosevelt and Taft, provide an intimate view of both men. 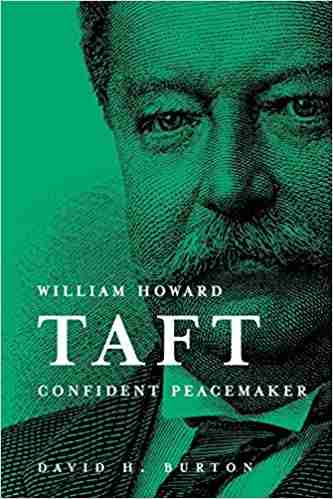 This book is a study of the internationalism of William Howard Taft. In the months after war broke out in 1914, Taft was second only to Woodrow Wilson in his awareness of the need to preserve the peace of the world through a new version of international organization. Built upon a synthetic interpretation of Taft’s foreign policy ideas and initiatives, the book encompasses the whole of his public career as a statesman, from his years as civil governor of the Philippines through his tenure as chief justice of the Supreme Court.

During those years, he moved from a basic belief in the theory and practice of balance of power to the application of dollar diplomacy. In response to the calamity of World War I, Taft came to recognize that world peace must be based upon a combination of idealism and realism, of high-minded principles placed and kept in effect by force, deliberately chosen and carefully applied. 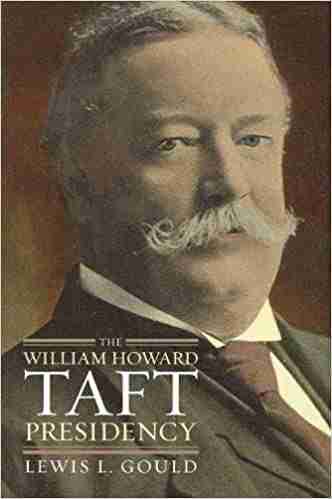 Gould argues that Taft wanted to be president and had an ambitious agenda when he took power in March 1909. Approaching his duties more as a judge than as a charismatic executive in the mold of Theodore Roosevelt, Taft soon found himself out of step with public opinion. Gould shows how the Payne-Aldrich Tariff and the Ballinger-Pinchot controversy squandered Taft’s political capital and prepared the ground for Democratic victories in the elections of 1910 and 1912. His seamless narrative provides innovative treatments of these crucial episodes to make Taft’s presidency more understandable than in any previous account.

On Canadian Reciprocity, Dollar Diplomacy, and international arbitration, Gould’s well-researched gem among books on William Howard Taft goes beyond earlier stale cliches about Taft’s administration to link his tenure to the evolution of the modern presidency. Taft emerges as a hard-working but flawed executive who lacked the excitement of Theodore Roosevelt or the inspiration of Woodrow Wilson. 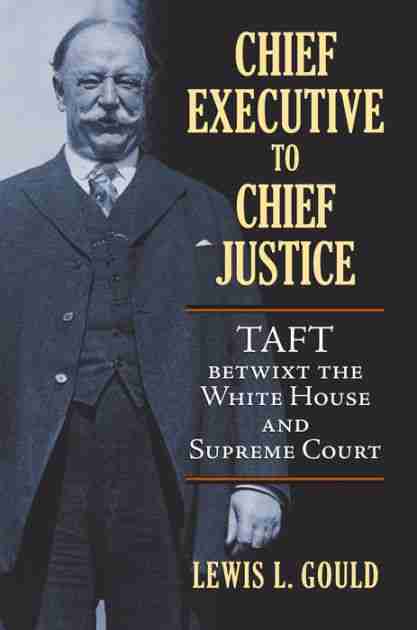 As our 27th president from 1909 to 1913, and then as chief justice of the Supreme Court from 1921 to 1930, William Howard Taft was the only man ever to lead two of America’s three governing branches. But between these two well-documented periods in office, there lies an eight-year patch of largely unexplored political wilderness.

It was during this time, after all, that Taft somehow managed to rise from his ignominious defeat by both Woodrow Wilson and Theodore Roosevelt in the 1912 election to achieve his lifelong goal of becoming chief justice. In the first in-depth look at this period in Taft’s singular career, eminent presidential historian Lewis L. Gould reveals how a man often derided for his lack of political acumen made his way through the hazards of Republican affairs to gain his objective.

In the years between the presidency and the Supreme Court Taft was, as one commentator observed, “the greatest of globe trotters for humanity.” Gould tracks him as he crisscrosses the country from 1913 through the summer of 1921, the inveterate traveler reinventing himself as an elder Republican statesman with no visible political ambition beyond informing and serving the public.

Taft was, however, working the long game, serving on the National War Labor Board, fighting for the League of Nations, teaching law and constitutional history at Yale, making up his differences with Roosevelt, all while negotiating the Republican Party’s antipathy and his own intense dislike of Woodrow Wilson, whose wartime policies and battle for the league he was bound to support. Throughout, his judicial ambition shaped his actions, with surprising adroitness.

If you enjoyed this guide to the best books on William Howard Taft, be sure to check out our list of The 10 Best Books on President Thomas Jefferson!