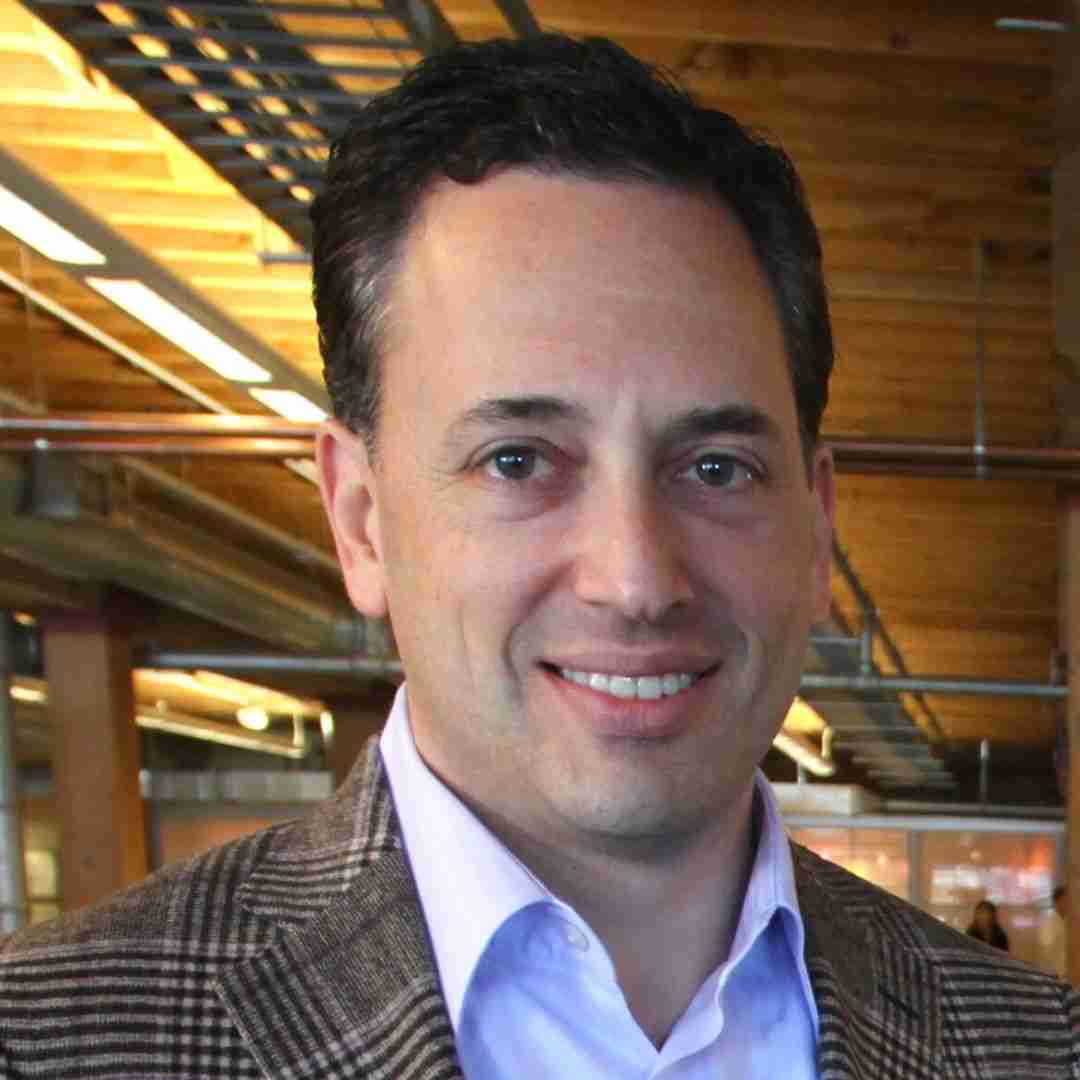 Thus, in order to get to the bottom of what inspired a most capable individual to the heights of financial prosperity, we’ve compiled this list of 10 inspirational books David Sacks has read himself and would certainly recommend to others as well. 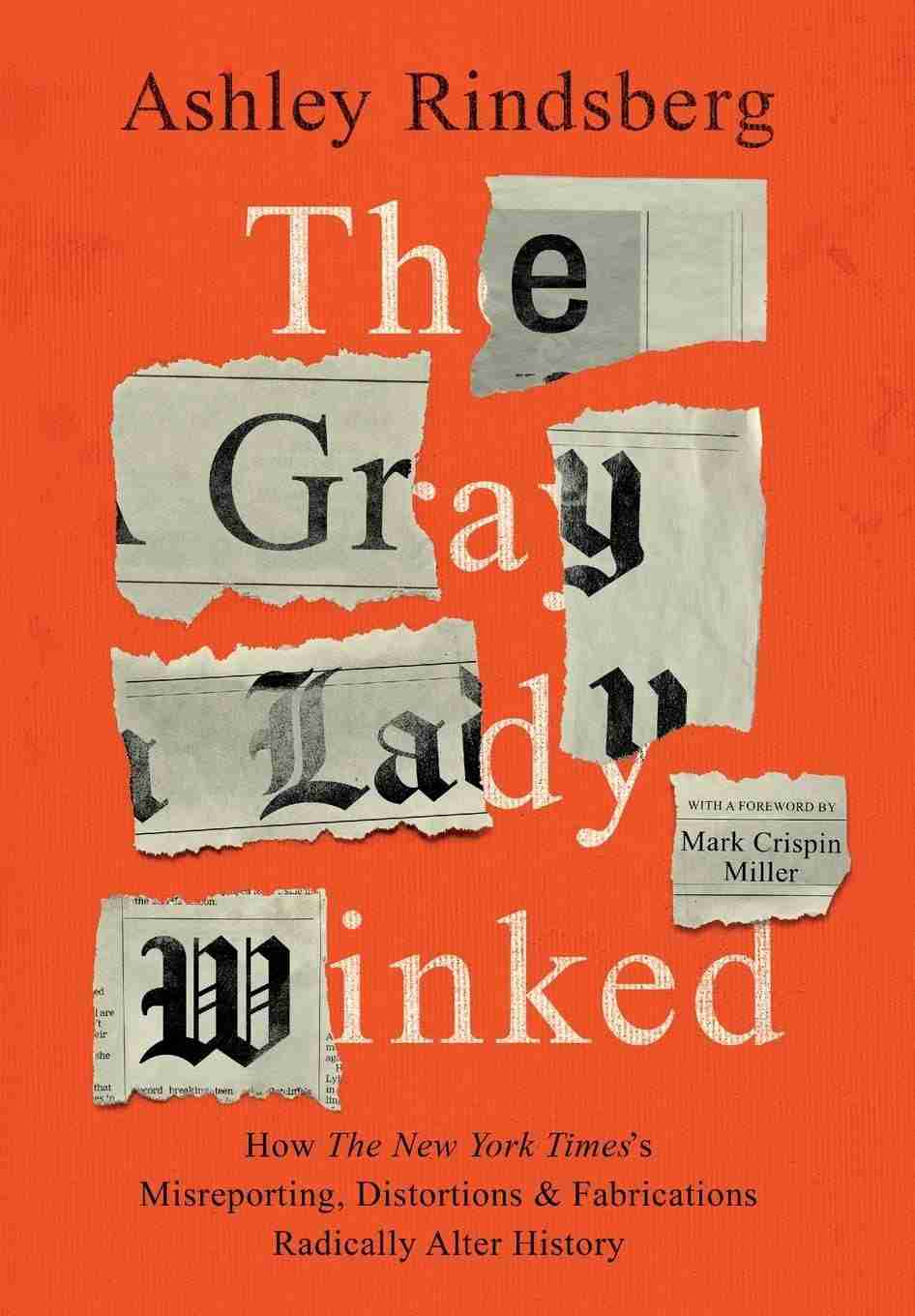 As flagship of the American news media, The New York Times is the world’s most powerful news outlet. With thousands of reporters covering events from all corners of the globe, the Times has the power to influence wars, foment revolution, shape economies, and change the very nature of our culture. It doesn’t just cover the news: it creates it.

The Gray Lady Winked pulls back the curtain on this illustrious institution to reveal a quintessentially human organization where ideology, ego, power, and politics compete with the more humble need to present the facts. In its 10 gripping chapters, this book offers readers an eye-opening, often shocking, look at The New York Times’s greatest journalistic failures, so devastating they changed the course of history.

Source: One of the select books David Sacks has mentioned while on the All-In Podcast, he noted that it “details decades of misinformation and agenda-driven journalism published by the Times.”

A Fighting Chance by Elizabeth Warren 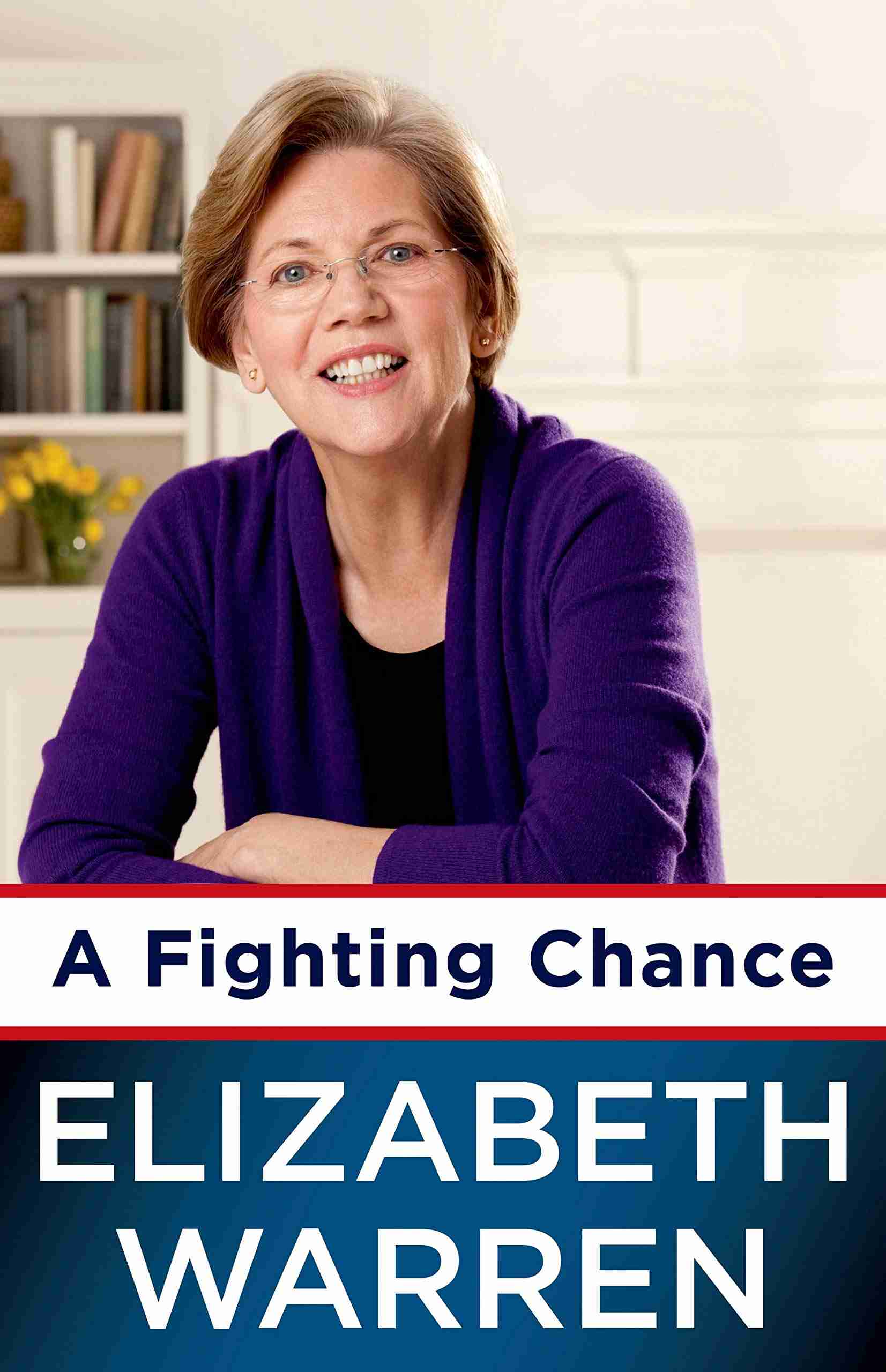 As a child in small-town Oklahoma, Elizabeth Warren yearned to go to college and then become an elementary school teacher – an ambitious goal, given her family’s modest means. Early marriage and motherhood seemed to put even that dream out of reach, but fifteen years later she was a distinguished law professor with a deep understanding of why people go bankrupt. Then came the phone call that changed her life: could she come to Washington DC to help advise Congress on rewriting the bankruptcy laws?

Thus began an impolite education into the bare-knuckled, often dysfunctional ways of Washington. She fought for better bankruptcy laws for ten years and lost. She tried to hold the federal government accountable during the financial crisis but became a target of the big banks. She came up with the idea for a new agency designed to protect consumers from predatory bankers and was denied the opportunity to run it.

Finally, at age 62, she decided to run for elective office and won the most competitive – and watched – Senate race in the country.

Source: One of the select books David Sacks has mentioned while on the All-In Podcast, he noted, it’s “really interesting because it describes how the insider’s game works.” 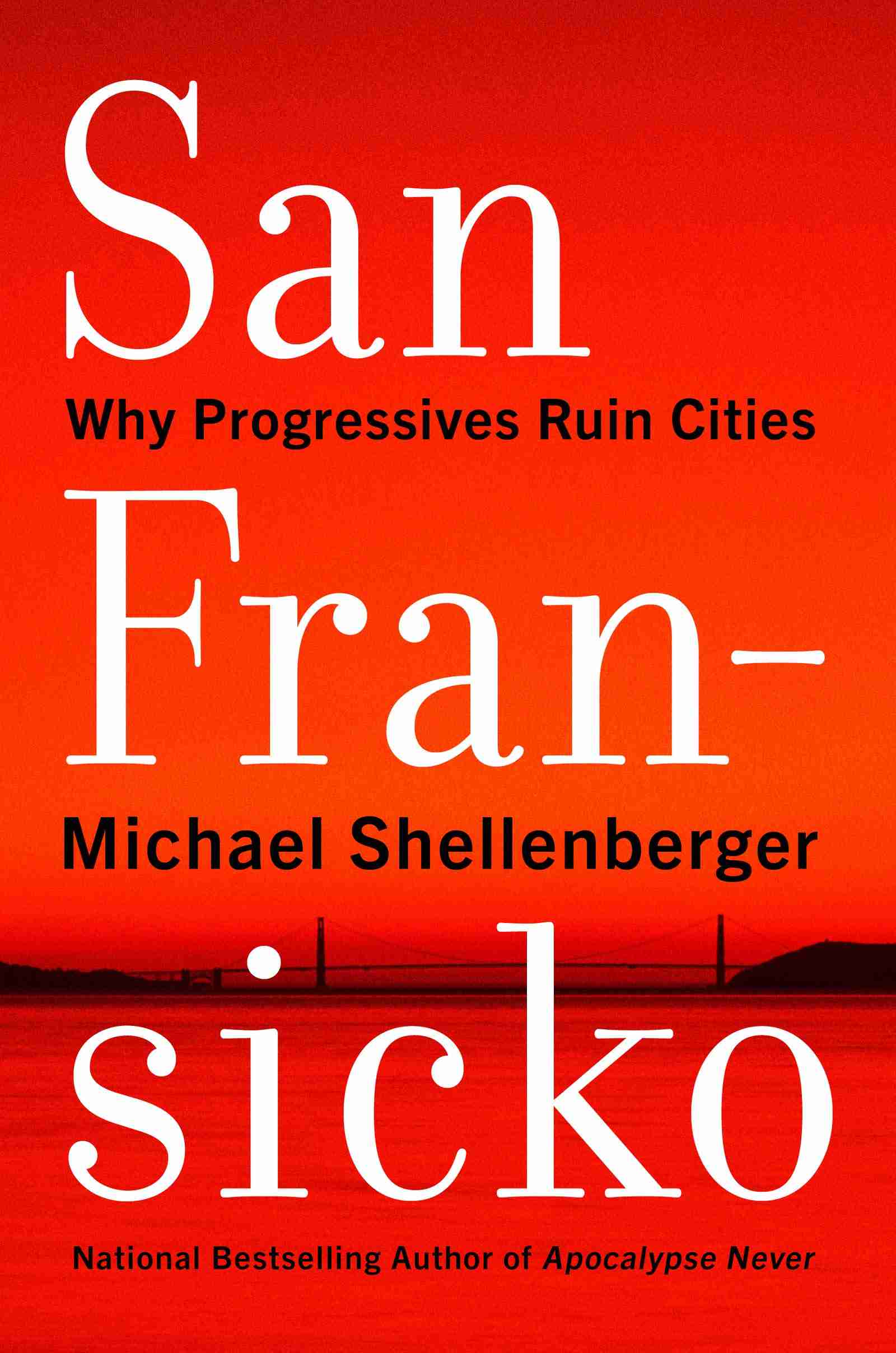 Michael Shellenberger has lived in the San Francisco Bay Area for thirty years. During that time, he advocated for the decriminalization of drugs, affordable housing, and alternatives to jail and prison. But as homeless encampments spread, and overdose deaths skyrocketed, Shellenberger decided to take a closer look at the problem.

What he discovered shocked him. The problems had grown worse not despite but because of progressive policies. San Francisco and other West Coast cities – Los Angeles, Seattle, Portland – had gone beyond merely tolerating homelessness, drug dealing, and crime to actively enabling them.

San Fransicko reveals that the underlying problem isn’t a lack of housing or money for social programs. The real problem is an ideology that designates some people, by identity or experience, as victims entitled to destructive behaviors. The result is an undermining of the values that make cities, and civilization itself, possible.

Source: One of the select books David Sacks has mentioned while on the All-In Podcast, he noted that it’s “about how the so-called progressive agenda in cities is not working.” 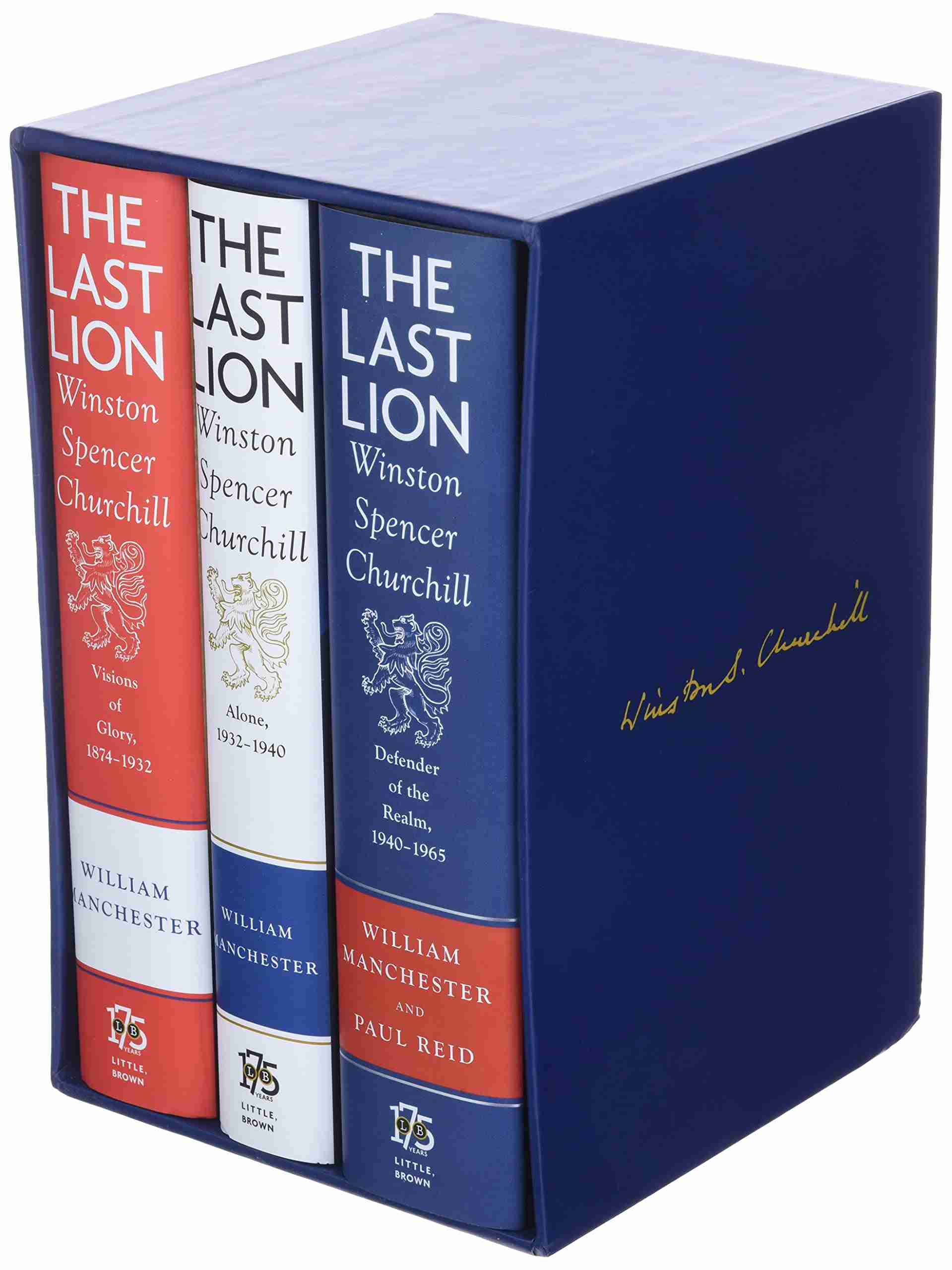 Born at the end of the 19th century, when Imperial Britain still stood at the splendid pinnacle of her power, Churchill would witness the shift a few years later as the Empire hovered on the brink of a catastrophic new era. One of the greatest wartime leaders of our time, he would go on to stand alone, politically isolated in Parliament, as he took the lead in warning of the growing Nazi threat, and would lead Britain to victory against Nazi Germany and the Axis powers in World War II.

Now, celebrated historian William Manchester’s landmark biographies are collected together for the first time. More than thirty years in the making, The Last Lion is the definitive work on this remarkable man whose courageous vision guided the destiny of a nation during darkly troubled times – and who looms as one of the greatest figures of our century.

Source: “Denounced as a wing nut, Churchill went around Britain speaking to half-empty rooms about the Hitler menace. Read The Last Lion: Alone,” Sacks tweeted in 2011.

Behind the Cloud by Marc Benioff 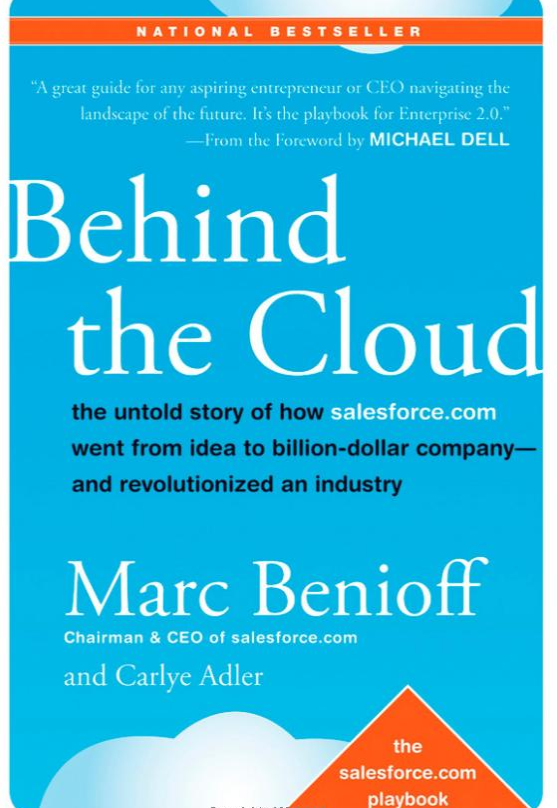 How did salesforce.com grow from a start-up in a rented apartment into the world’s fastest-growing software company in less than a decade?

For the first time, Marc Benioff, the visionary founder, chairman, and CEO of salesforce.com, tells how he and his team created and used new business, technology, and philanthropic models tailored to this time of extraordinary change. Showing how salesforce.com not only survived the dotcom implosion of 2001, but went on to define itself as the leader of the cloud computing revolution and spark a $46-billion dollar industry, Benioff’s story will help business leaders and entrepreneurs stand out, innovate better, and grow faster in any economic climate.

Source: “I strongly recommend that all founders read Chapter 3 of Behind the Cloud (on Marketing),” Sacks tweeted in 2018.

Thank You for Smoking by Christopher Buckley

Nobody blows smoke like Nick Naylor. He’s a spokesman for the Academy of Tobacco Studies – in other words, a flack for cigarette companies, paid to promote their product on talk and news shows. The problem? He’s so good at his job, so effortlessly unethical, that he’s become a target for both anti-tobacco terrorists and for the FBI. In a country where half the people want to outlaw pleasure and the other want to sell you a disease, what will become of Nick Naylor?

Source: “Prouder than ever that I made Chris Buckley’s book into a movie,” Sacks wrote in 2008.

Destined for War by Graham Allison 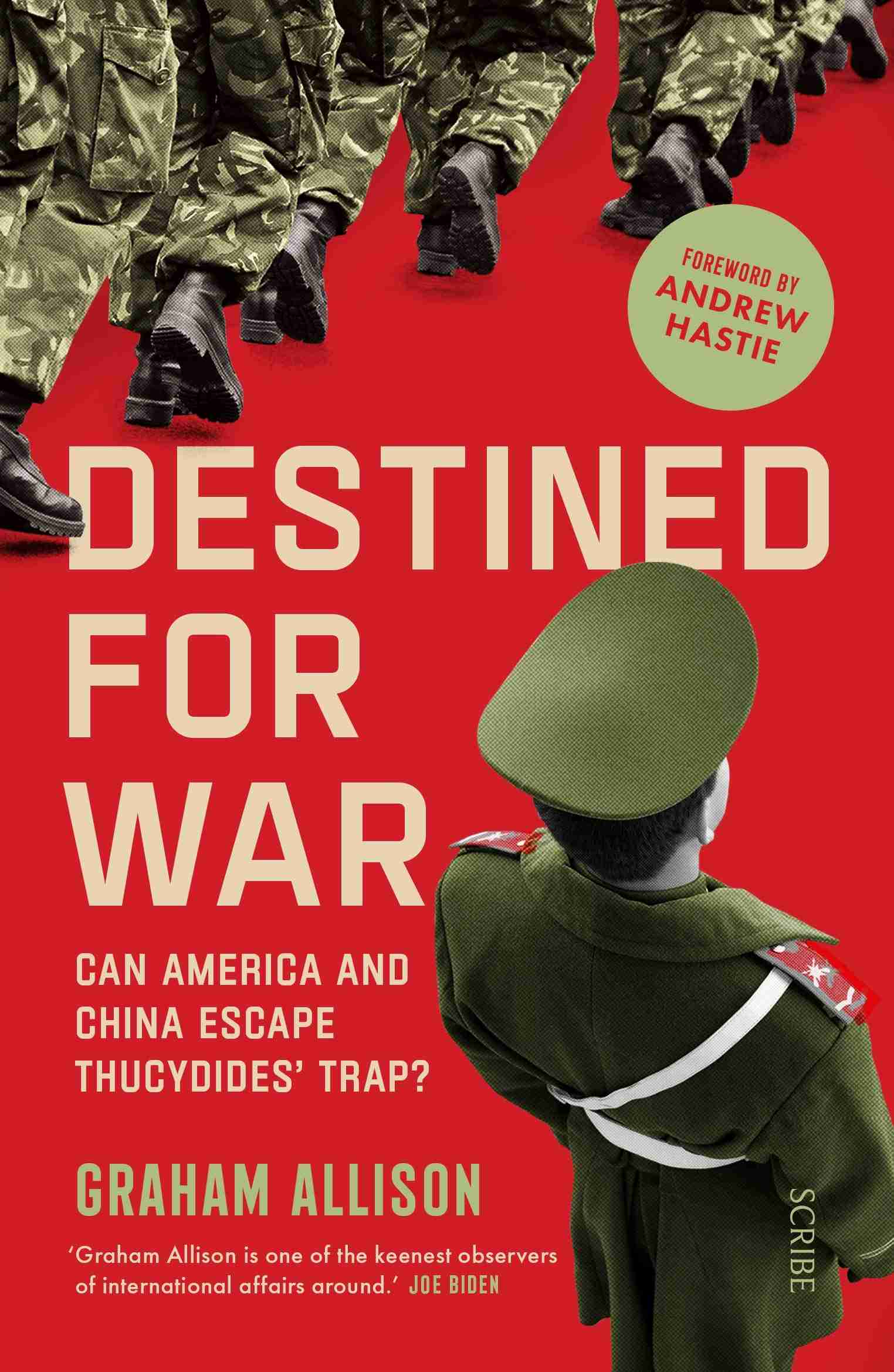 China and the United States are heading toward a war neither wants. The reason is Thucydides’s Trap: when a rising power threatens to displace a ruling one, violence is the likeliest result. Over the past five hundred years, these conditions have occurred sixteen times; war broke out in twelve.

At the time of publication, an unstoppable China approached an immovable America, and both Xi Jinping and Donald Trump promised to make their countries “great again,” the seventeenth case was looking grim – it still is. A trade conflict, cyberattack, Korean crisis, or accident at sea could easily spark a major war.

In Destined for War, eminent Harvard scholar Graham Allison masterfully blends history and current events to explain the timeless machinery of Thucydides’s Trap – and to explore the painful steps that might prevent disaster today.

Source: David Sacks called this “the most timely and important book I read last year [2018].” 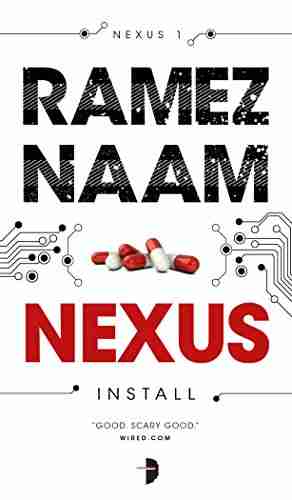 When a young scientist is caught improving Nexus, he’s thrust over his head into a world of danger and international espionage – for there is far more at stake than anyone realizes.

From the halls of academe to the halls of power; from the headquarters of an elite agency in Washington DC to a secret lab beneath Shanghai; from the underground parties of San Francisco to the illegal biotech markets of Bangkok; from an international neuroscience conference to a remote monastery in the mountains of Thailand – Nexus is a thrill ride through a future on the brink of explosion.

Source: One of the select books David Sacks has mentioned while on the All-In Podcast, he described the Nexus trilogy as a series he “really” likes. 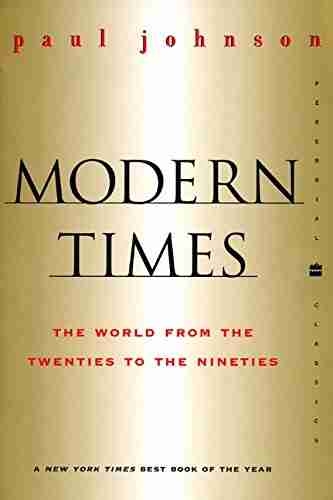 Earning spot #11 on National Review’s list of the Best Nonfiction Books of the Century, this fast-paced, all-encompassing narrative history covers the great events, ideas, and personalities of the six decades following the end of World War I, and offers a full-scale – if controversial – analysis of how the modern age came into being and where it is heading.

Beginning on May 29, 1919, when photographs of the solar eclipse confirmed the truth of Einstein’s theory of relativity, Johnson goes on to describe Freudianism, the establishment of the first Marxist state, the chaos of ”Old Europe,” the Arcadian twenties, and the new forces in China and Japan. Also discussed are Karl Marx, Hitler, Mussolini, Stalin, Roosevelt, Gandhi, Castro, Kennedy, Nixon, the ’29 crash, the Great Depression, Roosevelt’s New Deal, and the massive conflict of World War II.

Source: “I went to an excellent school and we simply ran out of time at the end of the semester before covering 20th century history in depth,” Sacks shares. “If you want to complete your education, I highly recommend Modern Times by Paul Johnson.”

The Founders by Jimmy Soni 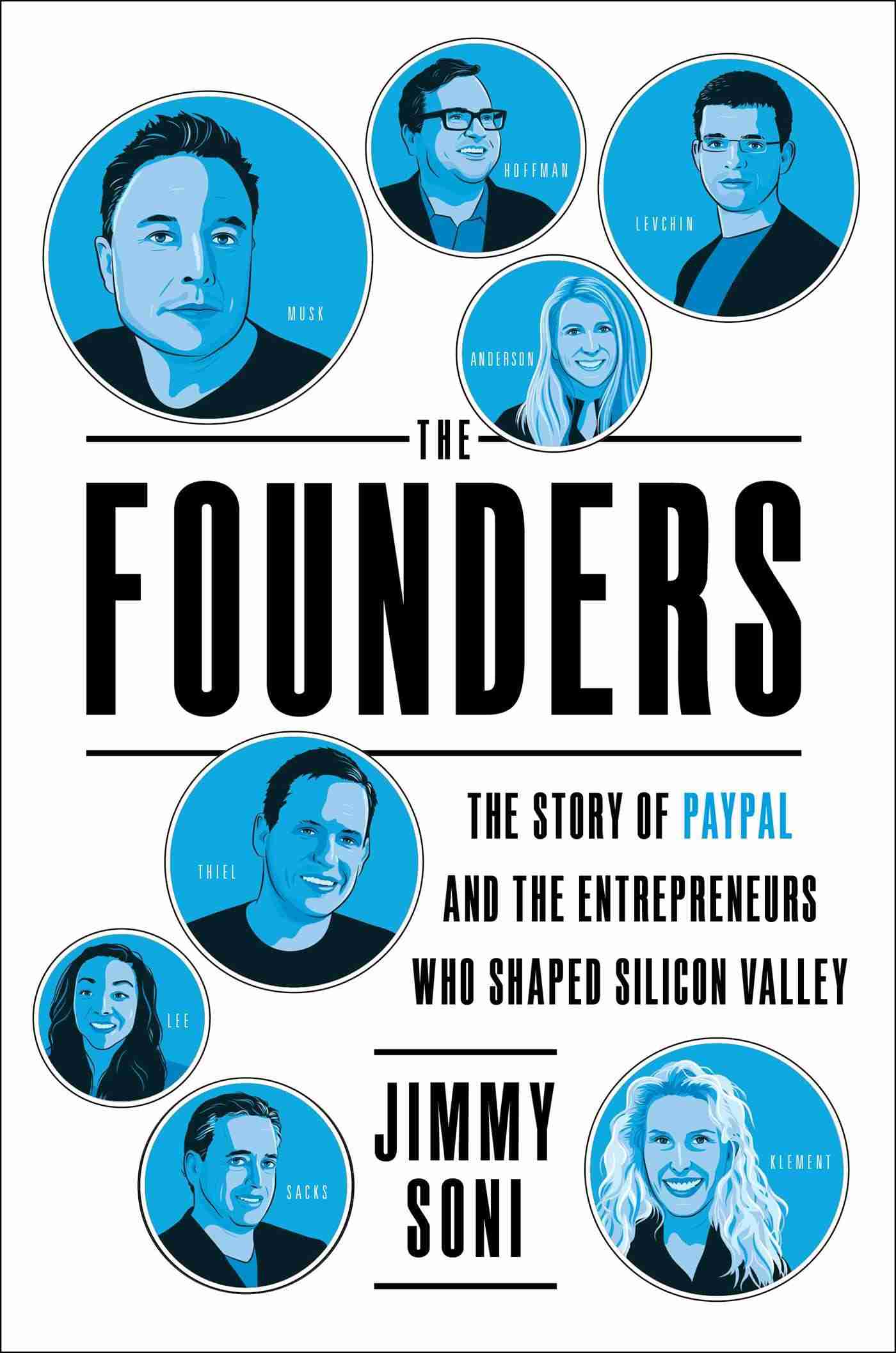 Today, PayPal’s founders and earliest employees are considered the technology industry’s most powerful network. Since leaving PayPal, they have formed, funded, and advised the leading companies of our era, including Tesla, Facebook, YouTube, SpaceX, Yelp, Palantir, and LinkedIn, among many others. As a group, they have driven twenty-first-century innovation and entrepreneurship. Their names stir passions; they’re as controversial as they are admired.

Yet for all their influence, the story of where they first started has gone largely untold. Before igniting the commercial space race or jumpstarting social media’s rise, they were the unknown creators of a scrappy online payments start-up called PayPal. In building what became one of the world’s foremost companies, they faced bruising competition, internal strife, the emergence of widespread online fraud, and the devastating dot-com bust of the 2000s. Their success was anything but certain.

In The Founders, award-winning author and biographer Jimmy Soni explores PayPal’s turbulent early days. With hundreds of interviews and unprecedented access to thousands of pages of internal material, he shows how the seeds of so much of what shapes our world today – fast-scaling digital start-ups, cashless currency concepts, mobile money transfer – were planted two decades ago.

Source: This book covers the early days of PayPal, and in part, David Sacks, who was the company’s founding COO and product leader.

If you enjoyed this guide to books David Sacks recommends, be sure to check out our list of 20 Inspirational Books Elon Musk Recommends Reading!