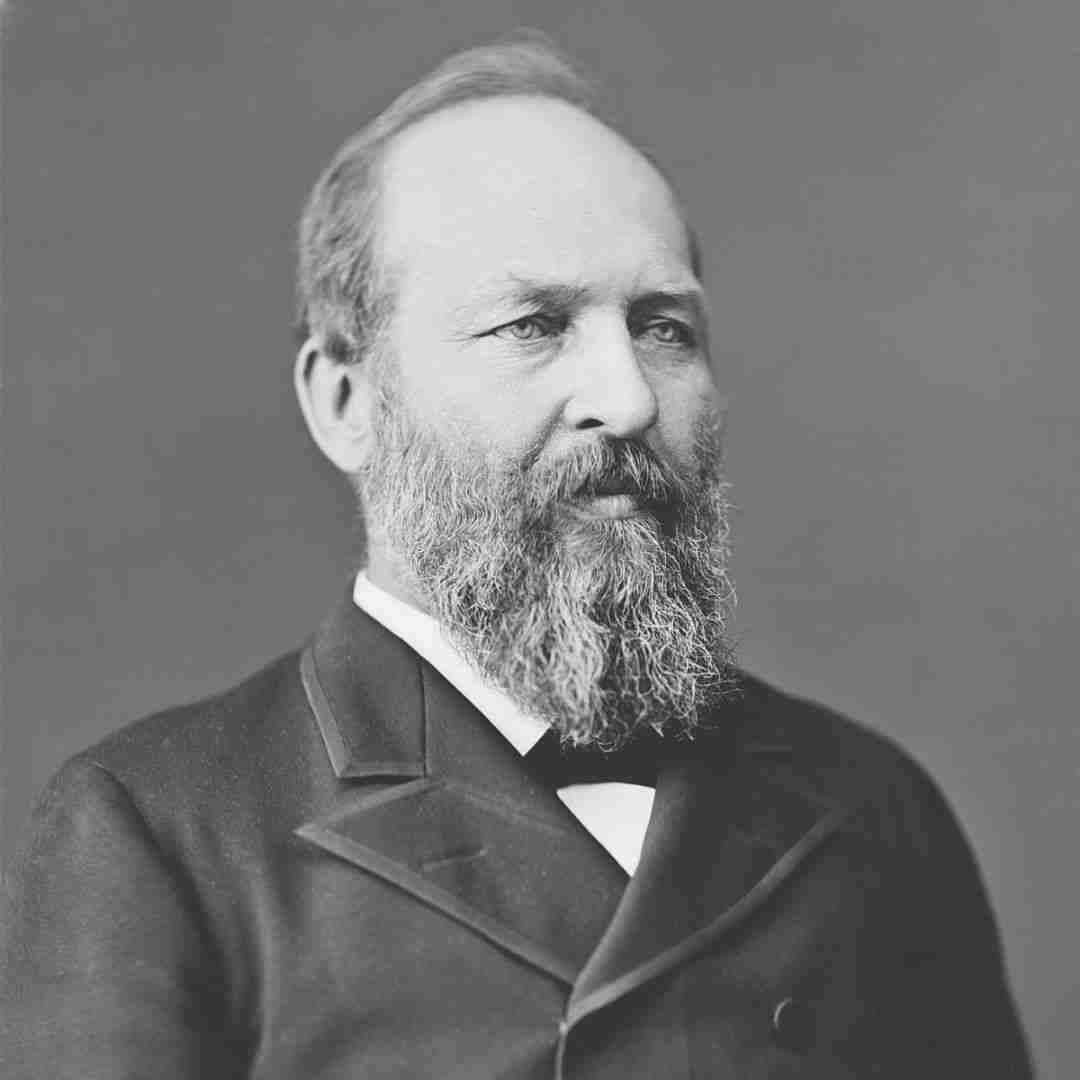 There are numerous books on James Garfield, and it comes with good reason, aside from being elected America’s twentieth President (1881), he was an impactful major general in the Union Army during the Civil War and served nine terms in the House of Representatives, but was unfortunately assassinated just 200 days into his presidency.

“Next in importance to freedom and justice is popular education, without which neither freedom nor justice can be permanently maintained,” he remarked.

In order to get to the bottom of what inspired one of America’s most consequential figures to the height of political power, we’ve compiled a list of the 5 best books on James Garfield.

Destiny of the Republic by Candice Millard 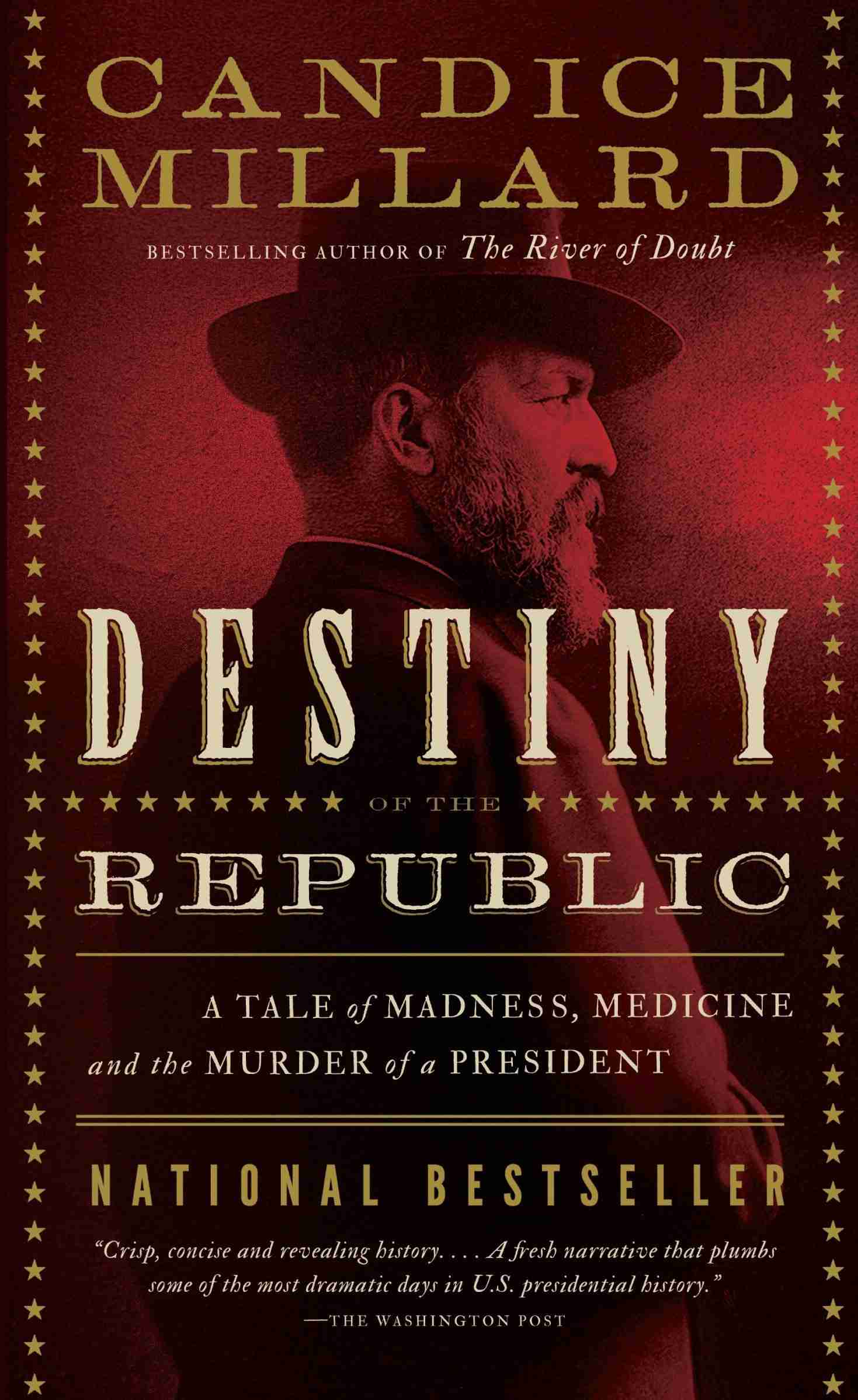 James Abram Garfield was one of the most extraordinary men ever elected president. Born into abject poverty, he rose to become a wunderkind scholar, a Civil War hero, a renowned congressman, and a reluctant presidential candidate who took on the nation’s corrupt political establishment. But four months after Garfield’s inauguration in 1881, he was shot in the back by a deranged office-seeker named Charles Guiteau.

Garfield survived the attack, but became the object of bitter, behind-the-scenes struggles for power over his administration, over the nation’s future, and, hauntingly, over his medical care. Meticulously researched, epic in scope, and pulsating with an intimate human focus and high-velocity narrative drive, The Destiny of the Republic brings alive a forgotten chapter of U.S. history.

Garfield: A Biography by Allan Peskin 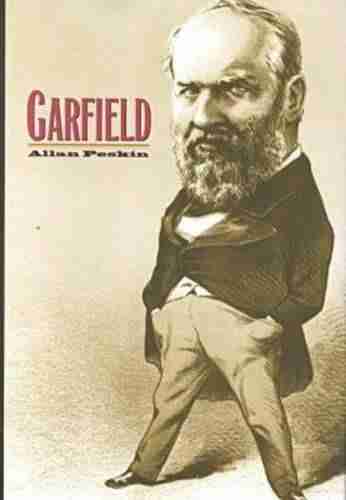 The definitive biography of America’s twentieth president, this gem among books on James Garfield was exhaustively researched and skillfully written, as well as a winner of the Ohio Academy of History Award, the Ohioana Book Award in History, and a Choice Outstanding Academic Book of the Year.

“Garfield’s military career, the congressional years, the Presidency, receive thorough attention and evaluation, and one of the delights of this massive biography is that Peskin writes so well…This is a brilliant and skillful portrait of a man of many parts, of the political and social landscape of his time,” notes Publishers Weekly. 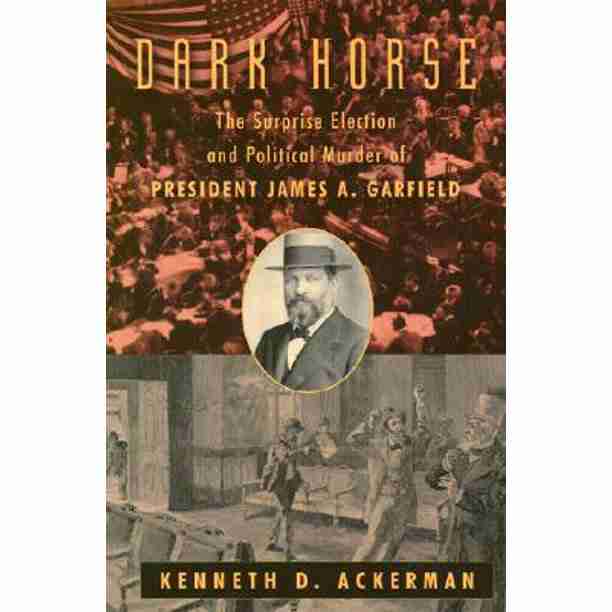 Capitol Hill veteran Kenneth Ackerman re-creates an American political landscape where fierce battles for power unfolded against a chivalrous code of honor in a country struggling to emerge from the long shadow of the Civil War.

James Garfield’s 1880 dark horse campaign after the longest-ever Republican nominating convention, his victory in the closest-ever popular vote for president, his struggle against bitterly feuding factions once elected, and the public’s response to his assassination is the most dramatic presidential odyssey of the Gilded Age – and among the most momentous in our nation’s history.

This journey through political backrooms, dazzling convention floors, and intrigue-filled congressional and White House chambers, reveals the era’s decency and humanity as well as the sharp partisanship that exploded in the pistol shots of assassin Charles Guiteau, the disgruntled patronage-seeker eager to replace the elected Commander-in-Chief with one of his own choosing.

James A. Garfield by Ira Rutkow 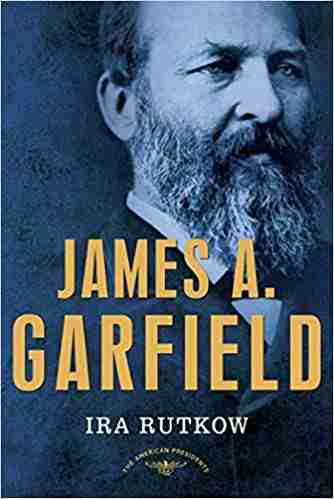 James Garfield was one of the Republican Party’s leading lights in the years following the Civil War. Born in a log cabin, he rose to become a college president, Union Army general, and congressman – all by the age of thirty-two. Embodying the strive-and-succeed spirit that captured the imagination of Americans in his time, he was elected president in 1880. It is no surprise that one of his biographers was Horatio Alger.

Garfield’s term in office, however, was cut tragically short. Just four months into his presidency, a would-be assassin approached Garfield at the Washington, D.C., railroad station and fired a single shot into his back. Garfield’s bad luck was to have his fate placed in the care of arrogant physicians who did not accept the new theory of antisepsis. Probing the wound with unwashed and occasionally manure-laden hands, Garfield’s doctors introduced terrible infections and brought about his death two months later.

Ira Rutkow, a surgeon and historian, offers an insightful portrait of Garfield and an unsparing narrative of the medical crisis that defined and destroyed his presidency. 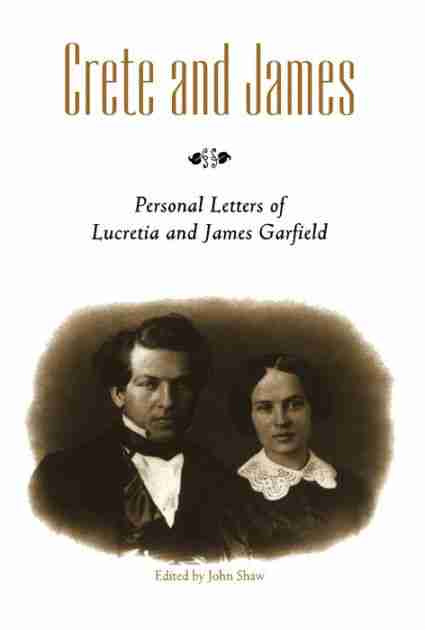 Crete and James is a collection of letters exchanged by James A. Garfield and Lucretia Randolph Garfield during the mid-nineteenth century. Of the 1,200 or so letters written, the 300 included in this work chronicle their courtship and marriage, and also discuss the Civil War, political affairs, and the details of daily life during the years 1853-1881. In them, we watch Crete grow from a shy girl into a self-confident woman who guides her husband in social and political matters.

Through James’s flamboyant yet scholarly style, and Lucretia’s detailed, perceptive insights, we come to know them as though they were our close friends. Through their correspondence, the reader also meets the many people involved in their lives. Crete and James will be of great interest to those studying women’s history.

From Canal Boy to President by Horatio Alger Jr. 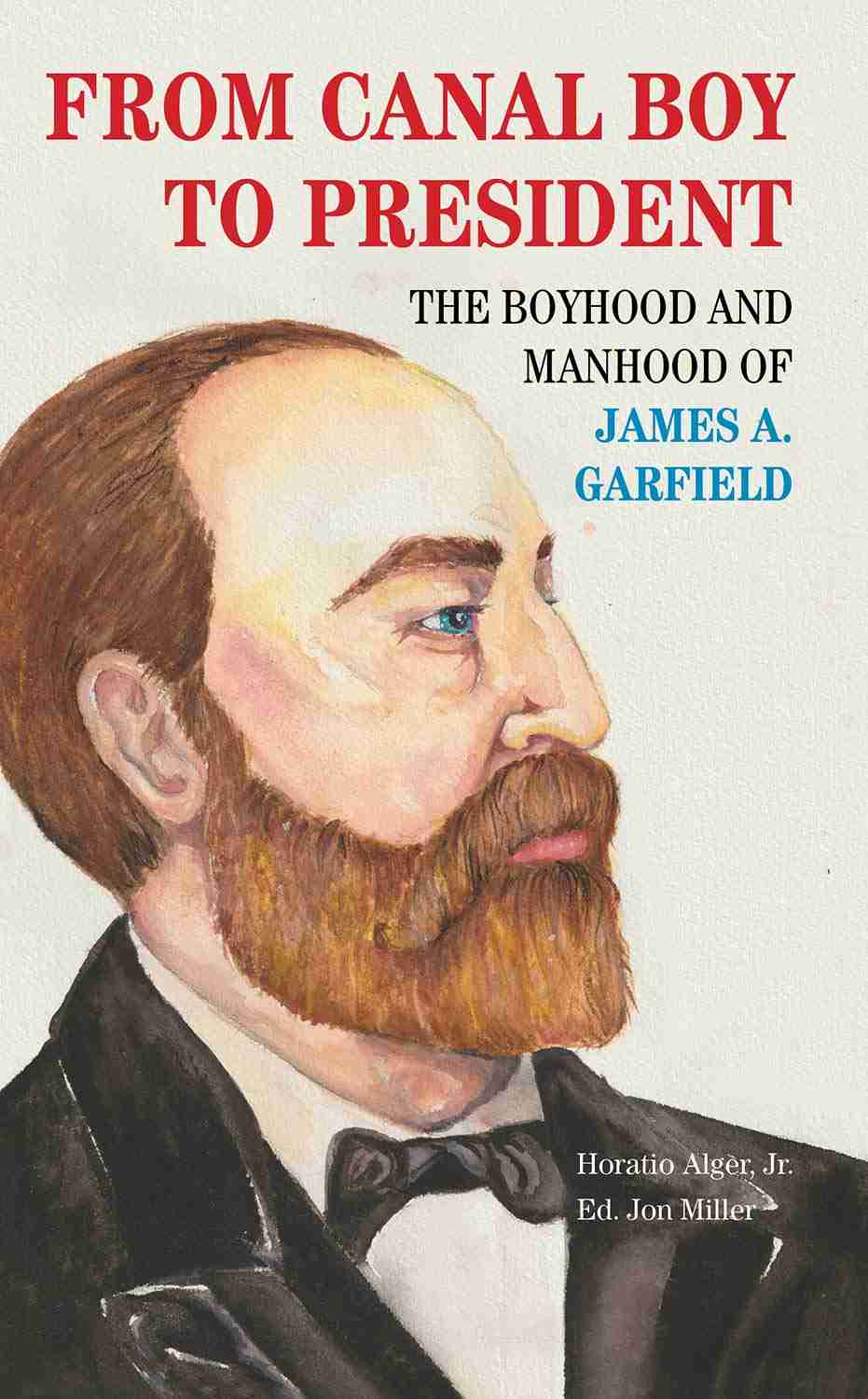 Born and raised in Northeast Ohio, James A. Garfield became the twentieth President of the United States in 1881. His time as President was brief: he served only four months before he was shot in a railroad station by a man who was angry because Garfield would not give him a job. The wound became infected, and Garfield died several months later. In response, From Canal Boy to President was published to immediate success. It was often reprinted and widely read, well into the twentieth century.

The book illustrates Garfield’s growth and character to support ideas about life in America that have long been cherished. For example, this classic among books on James Garfield describes his capacity for hard work through a series of humble jobs – he worked on farms and on the canal as a boy, and he worked as a carpenter and as a janitor to get through college. It also describes how his love of learning, his great study habits, and his development of public speaking skills led to success as a teacher, professor, college president, military commander, lawyer, and statesman.

James Garfield and the Civil War by Daniel J. Vermilya 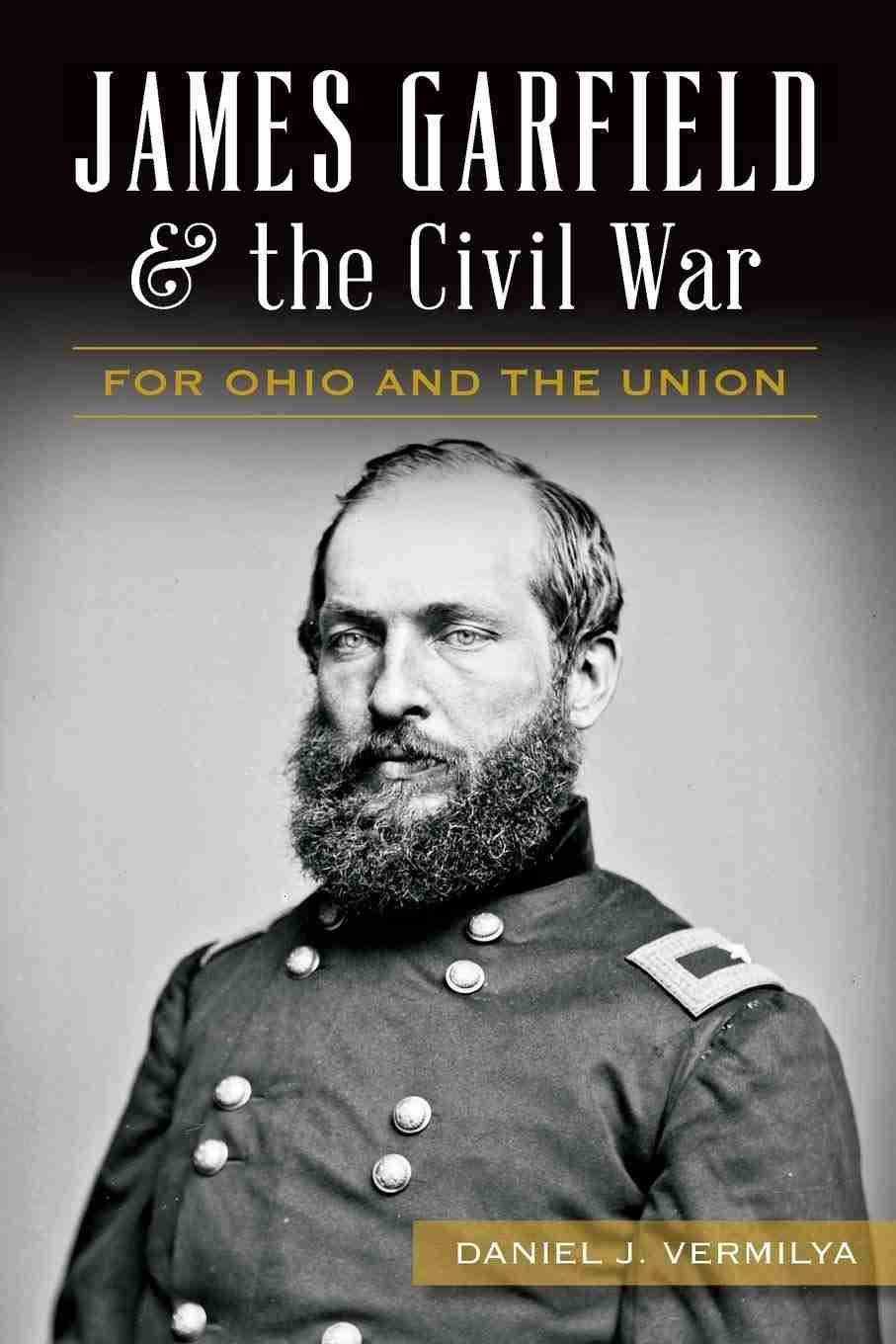 When the United States was divided by war, future president James Garfield was one of many who stepped forward to defend the Union. While his presidency was tragically cut short by his assassination, Garfield’s historic life covered some of the most consequential years of American history.

From humble beginnings in Ohio, he rose to become a major general in the Union army. Garfield’s military career took him to the backwoods of Kentucky, the fields of Shiloh and Chickamauga and ultimately to the halls of Congress. His service during the war helped to save the Union he would go on to lead as president. Join historian Daniel J. Vermilya to discover the little-known story of James Garfield’s role in the Civil War.

If you enjoyed this guide to the best books on James Garfield, be sure to check out our list of The 15 Best Books on President Abraham Lincoln!