Essential Books on Chester A. Arthur 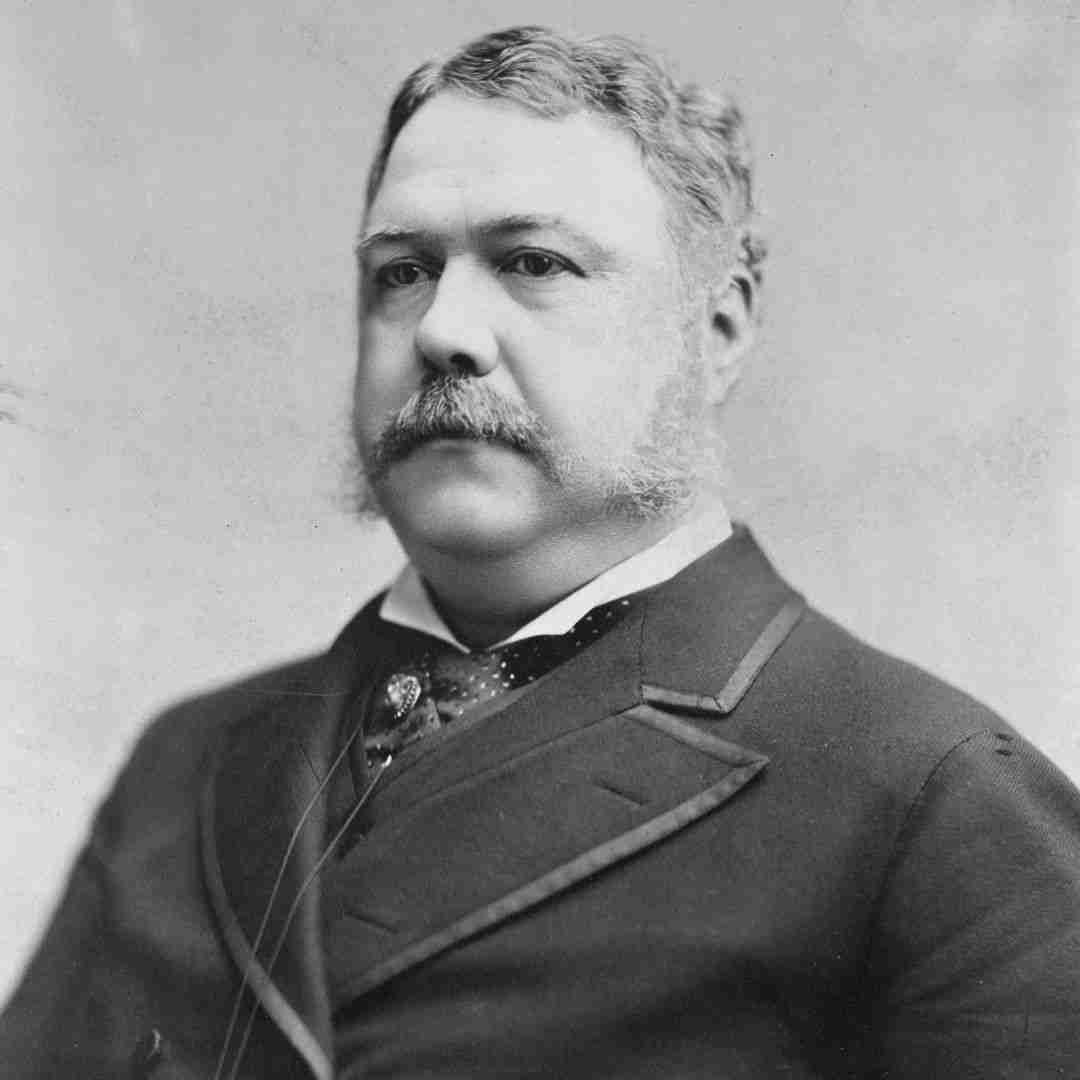 There are numerous books on Chester A. Arthur, and it comes with good reason, beyond serving as America’s twenty-first President (1881-1885), he was a champion of civil service reform and succeeded President James Garfield upon his assassination.

“The health of the people is of supreme importance. All measures looking to their protection against the spread of contagious diseases and to the increase of our sanitary knowledge for such purposes deserve attention of Congress,” he remarked.

In order to get to the bottom of what inspired one of America’s most consequential figures to the height of political power, we’ve compiled a list of the 5 best books on Chester A. Arthur. 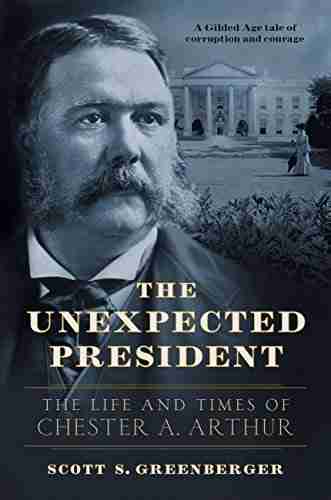 Despite his promising start as a young man, by his early fifties Chester A. Arthur was known as the crooked crony of New York machine boss Roscoe Conkling. For years Arthur had been perceived as unfit to govern, not only by critics and the vast majority of his fellow citizens but by his own conscience. As President James A. Garfield struggled for his life, Arthur knew better than his detractors that he failed to meet the high standard a president must uphold.

And yet, from the moment President Arthur took office, he proved to be not just honest but brave, going up against the very forces that had controlled him for decades. He surprised everyone – and gained many enemies – when he swept house and took on corruption, civil rights for blacks, and issues of land for Native Americans.

A mysterious young woman deserves much of the credit for Arthur’s remarkable transformation. Julia Sand, a bedridden New Yorker, wrote Arthur nearly two dozen letters urging him to put country over party, to find “the spark of true nobility” that lay within him. At a time when women were barred from political life, Sand’s letters inspired Arthur to transcend his checkered past – and changed the course of American history.

This beautifully written biography tells the dramatic, untold story of a virtually forgotten American president. It is the tale of a machine politician and man-about-town in Gilded Age New York who stumbled into the highest office in the land, only to rediscover his better self when his nation needed him. 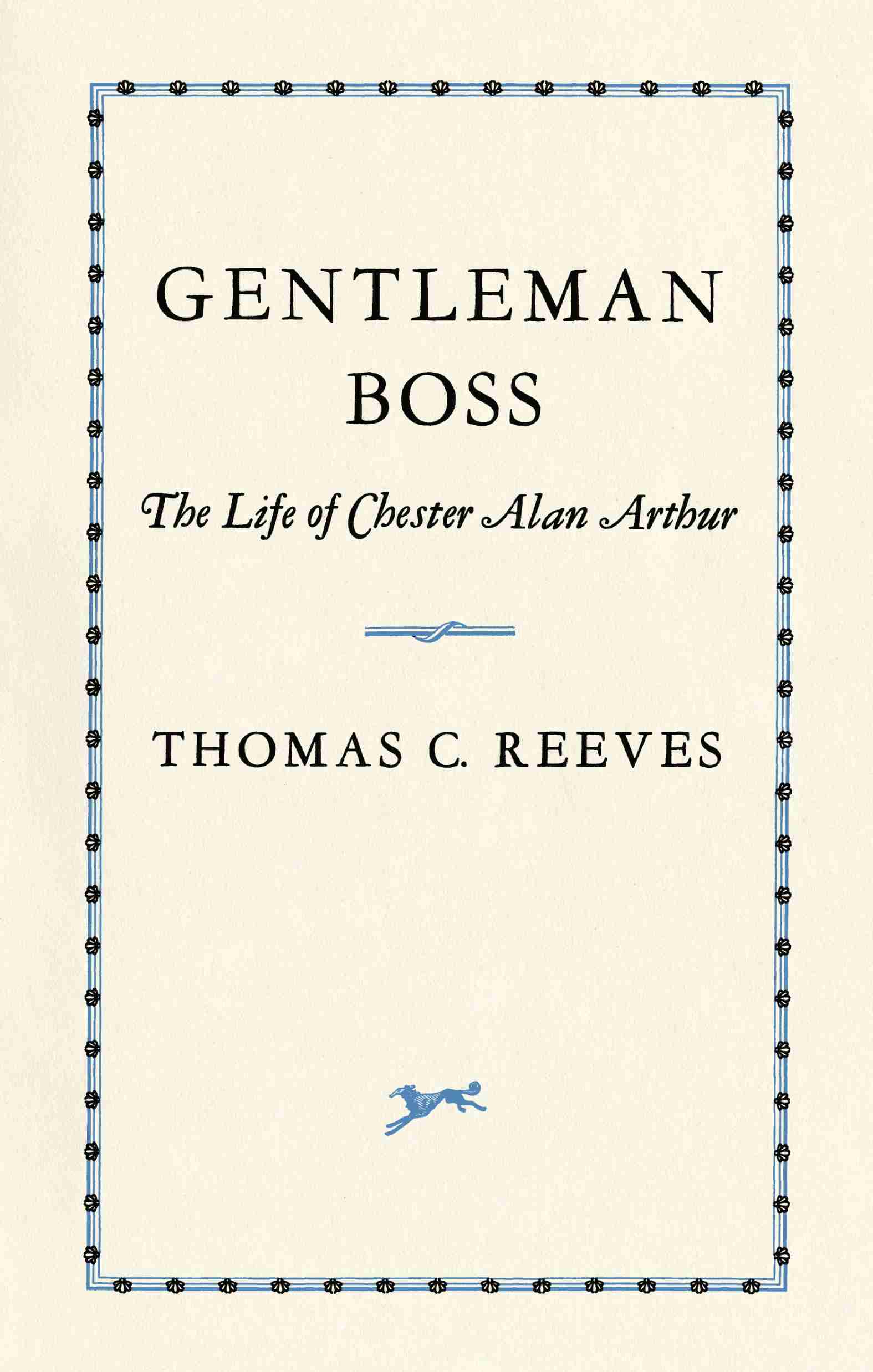 Reeves gives us, for the first time, the unknown facts about Arthur’s early life: how, before he entered the boss-dominated Republican Party under the tutelage of men like the notorious Roscoe Conkling, this son of an itinerant minister was a model of nineteenth-century youthful idealism, first as a beloved schoolteacher, then as a young lawyer directly involved in the abolitionist struggle, and finally, as a conscientious and honest Quartermaster General for New York during the Civil War.

Reeves assiduously plots Arthur’s consistently successful career as a master dealer in patronage and electioneering as a survivor among connivers – a career that culminated in his nomination as James Garfield’s Vice-President and, when Garfield was assassinated, his own White House inauguration, in spite of the great scandal attending his removal from the directorship of the New York Customhouse and the revelation that Garfield’s assassin claimed to be an Arthur supporter.

As Reeves makes abundantly clear, this spoilsman supreme, who personified the worst gaudy excesses of the Gilded Age, administered the laws of the land honorably and even disinterestedly – to the chagrin of his fellow bosses and henchmen. Attacked by both Republican friends (the Stalwarts) and Republican foes (the Half-Breeds) and weakened by the fatal Bright’s disease (a fact that was only made public by Reeves himself in 1972), Arthur worked to eliminate extravagant government expenditures, enacted and enforced civil service reform (thus undermining the basis of his own public life), assisted in the birth of a modern navy, and initiated an aggressive, expansionist foreign policy that set precedents for later administrations.

Above all, Reeves concludes, Arthur provided calm and reassurance to a nation shocked by Garfield’s murder and beset by recurrent economic depression. 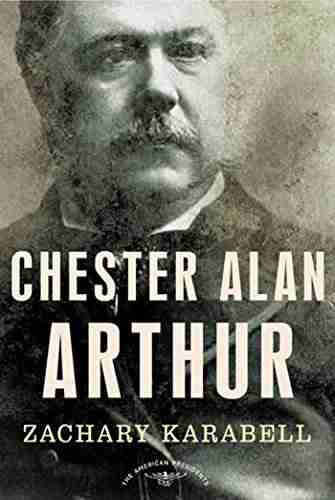 Chester Alan Arthur never dreamed that one day he would be president of the United States. A successful lawyer, Arthur had been forced out as the head of the Custom House of the Port of New York in 1877 in a power struggle between the two wings of the Republican Party. He became such a celebrity that he was nominated for vice president in 1880 – despite his never having run for office before.

Chester Arthur may be largely forgotten today, but Zachary Karabell eloquently shows how this unexpected president – of whom so little was expected – rose to the occasion when fate placed him in the White House. 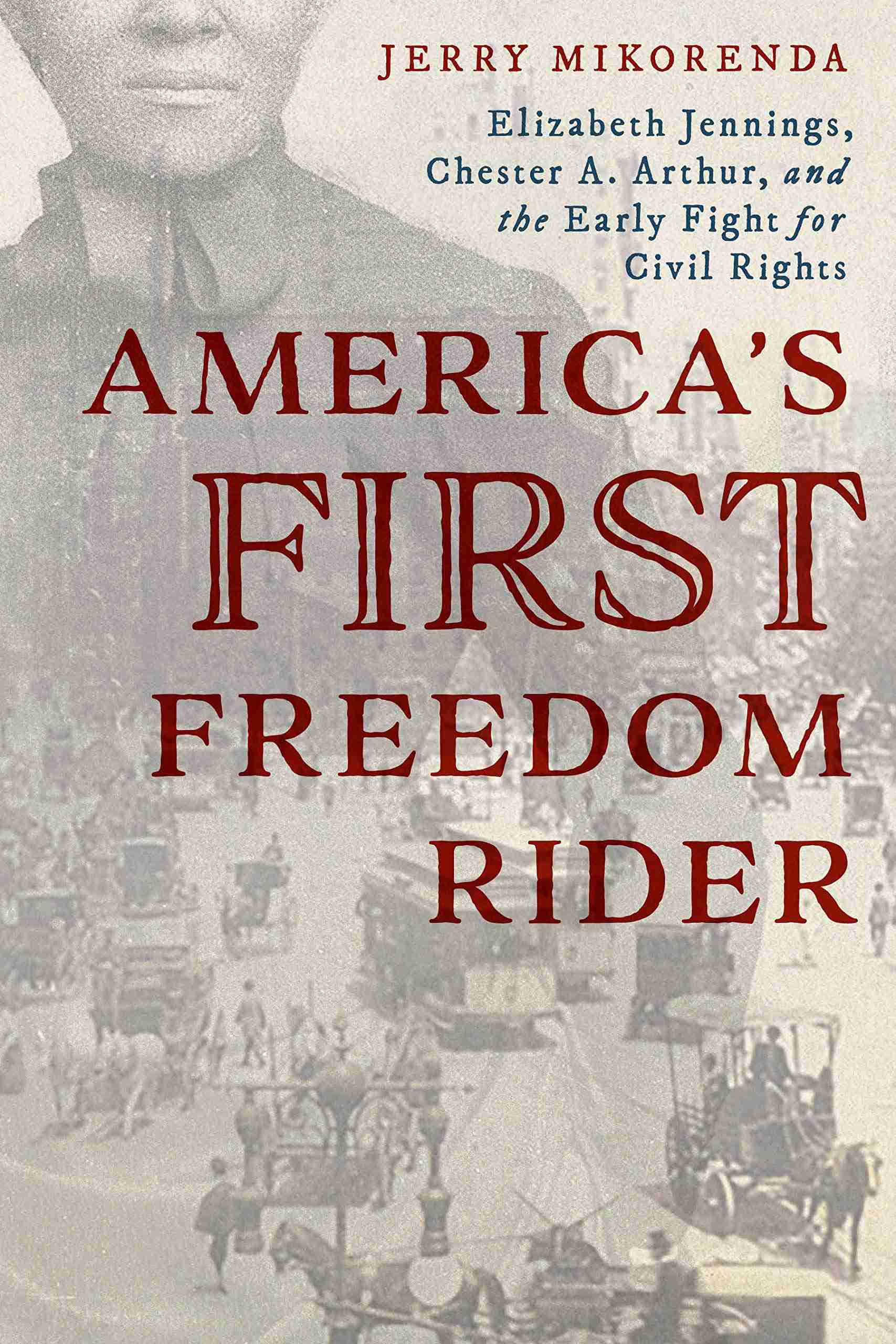 In 1854, traveling was full of danger. Omnibus accidents were commonplace. Pedestrians were regularly attacked by the Five Points’ gangs. Rival police forces watched and argued over who should help. Pickpockets, drunks and kidnappers were all part of the daily street scene in old New York. Yet somehow, they endured and transformed a trading post into the Empire City.

None of this was on Elizabeth Jennings’s mind as she climbed the platform onto the Chatham Street horsecar. But her destination and that of the country took a sudden turn when the conductor told her to wait for the next car because it had “her people” in it. When she refused to step off the bus, she was assaulted by the conductor who was aided by a NY police officer.

On February 22, 1855, Elizabeth Jennings v. Third Avenue Rail Road case was settled. Seeking $500 in damages, the jury stunned the courtroom with a $250 verdict in Lizzie’s favor. Future United States President Chester A. Arthur was Jennings’s attorney and their lives would be forever onward intertwined.

This is the story of what happened that day. It’s also the story of Jennings and Arthur’s families, the struggle for equality, and race relations. It’s the history of America at its most despicable and most exhilarating. Yet few historians know of Elizabeth Jennings or the impact she had on desegregating public transit.

A President in Yellowstone by Frank H. Goodyear 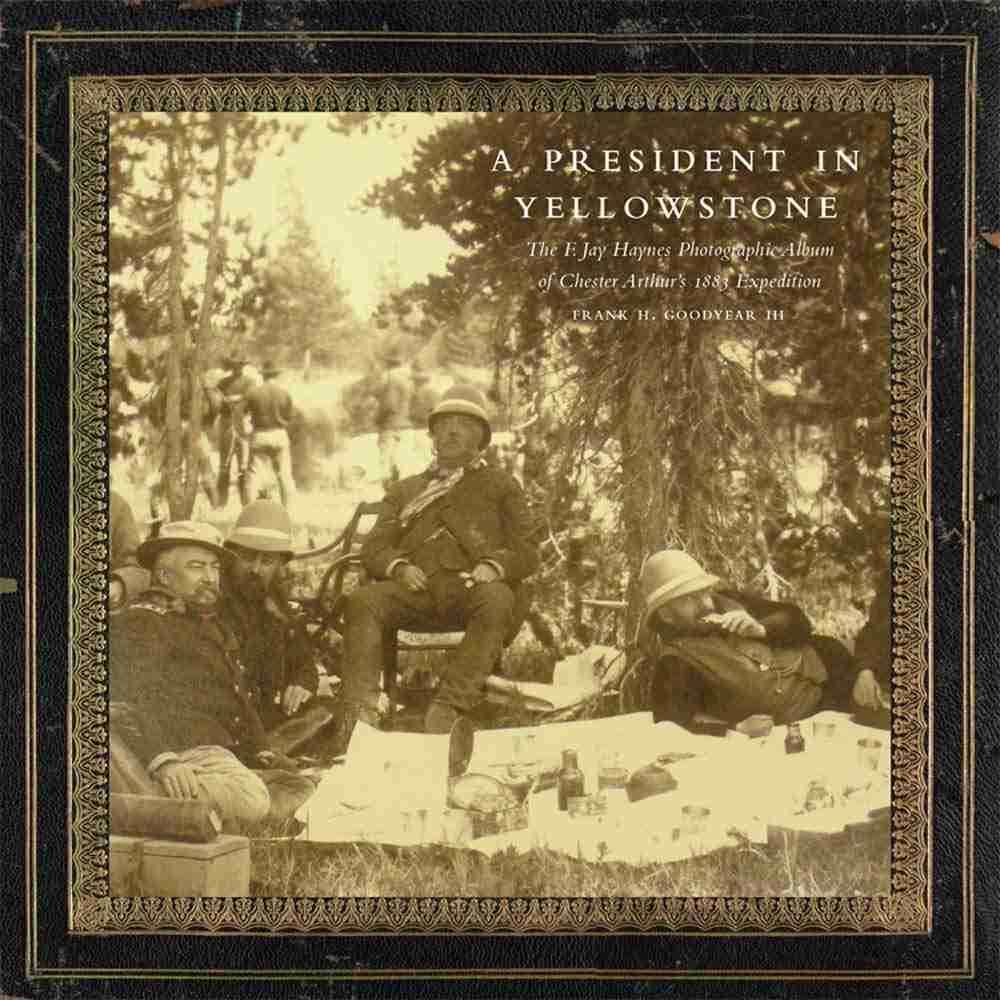 On the morning of July 30, 1883, President Chester A. Arthur embarked on a trip of historic proportions. His destination was Yellowstone National Park, established by an act of Congress only eleven years earlier. No sitting president had ever traveled this far west. Arthur’s host and primary guide would be Philip H. Sheridan, the famed Union general. Also slated to join the expedition was a young photographer, Frank Jay Haynes. This elegant – and fascinating – book showcases Haynes’s remarkable photographic album from their six-week journey.

A premier nineteenth-century landscape photographer, F. Jay Haynes, as he was known professionally, originally compiled the leather-bound album as a commemorative piece. As only six copies are known to exist, it has rarely been seen. The album’s 104 images are accompanied by captions written by General Sheridan’s brother, Colonel Michael V. Sheridan, who wrote daily dispatches that were distributed by the Associated Press.

In his informative introduction, historian Frank H. Goodyear III provides background about the excursion and explains the historic and aesthetic significance of Haynes’s photographs. He then re-creates Arthur’s journey by reintroducing Haynes’s stunning images – along with Sheridan’s original captions – including views of the Tetons and other landmarks; portraits of President Arthur, General Sheridan, and fellow travelers engaged in activities along the route; and images of the Shoshone and Arapaho leaders who gathered to greet the visiting party.

If you enjoyed this guide to the best books on Chester A. Arthur, be sure to check out our list of The 15 Best Books on President Abraham Lincoln!