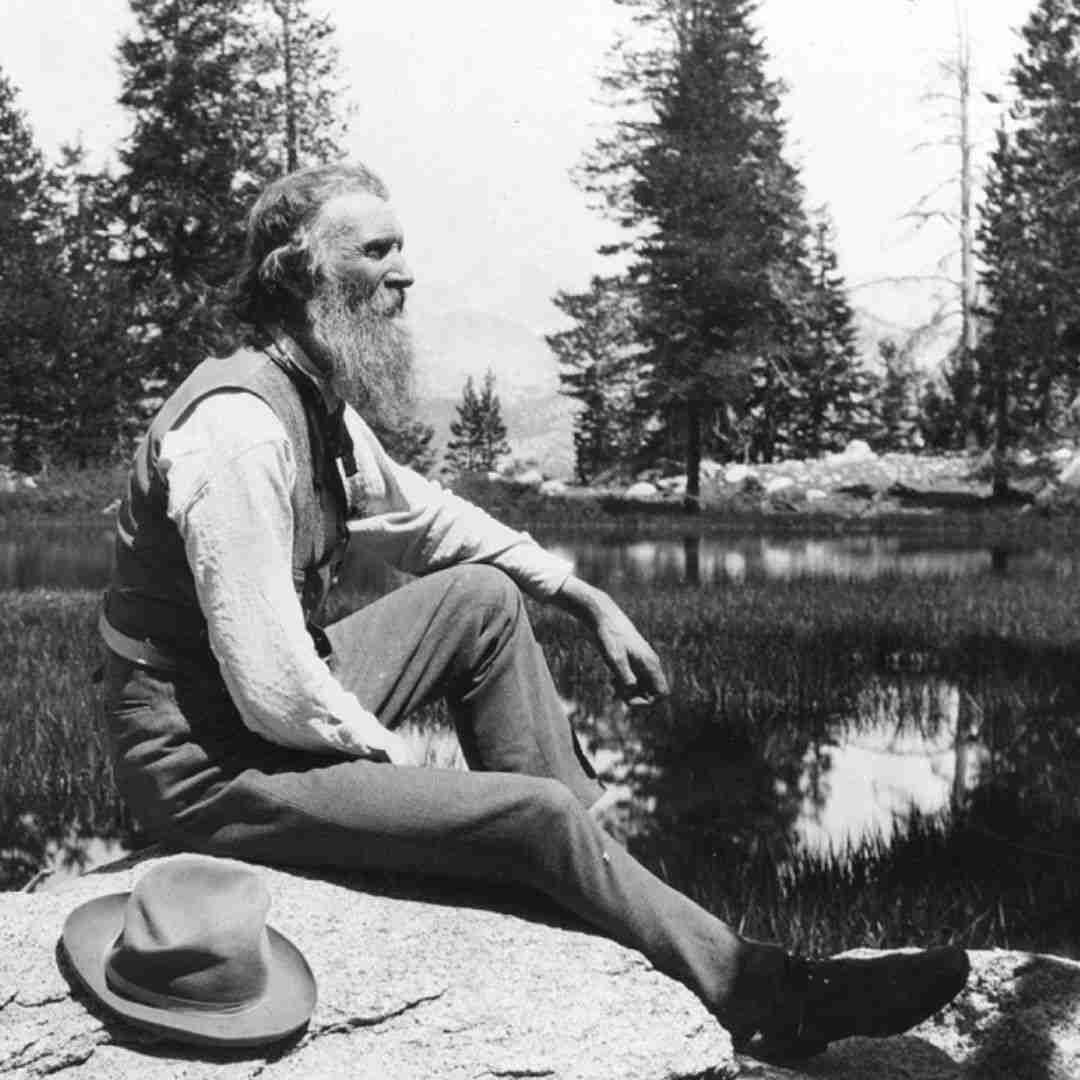 There are numerous books on John Muir, and it comes with good reason, in addition to being an early advocate for the preservation of wilderness in the United States of America, his letters, essays, and books describing his own outdoorsy adventures, especially in the Sierra Nevada, have galvanized millions.

“Keep close to Nature’s heart…and break clear away, once in awhile, and climb a mountain or spend a week in the woods. Wash your spirit clean,” he remarked.

In order to get to the bottom of what inspired one of America’s most consequential figures to the heights of societal contribution, we’ve compiled a list of the 15 best books on John Muir.

A Passion for Nature by Donald Worster 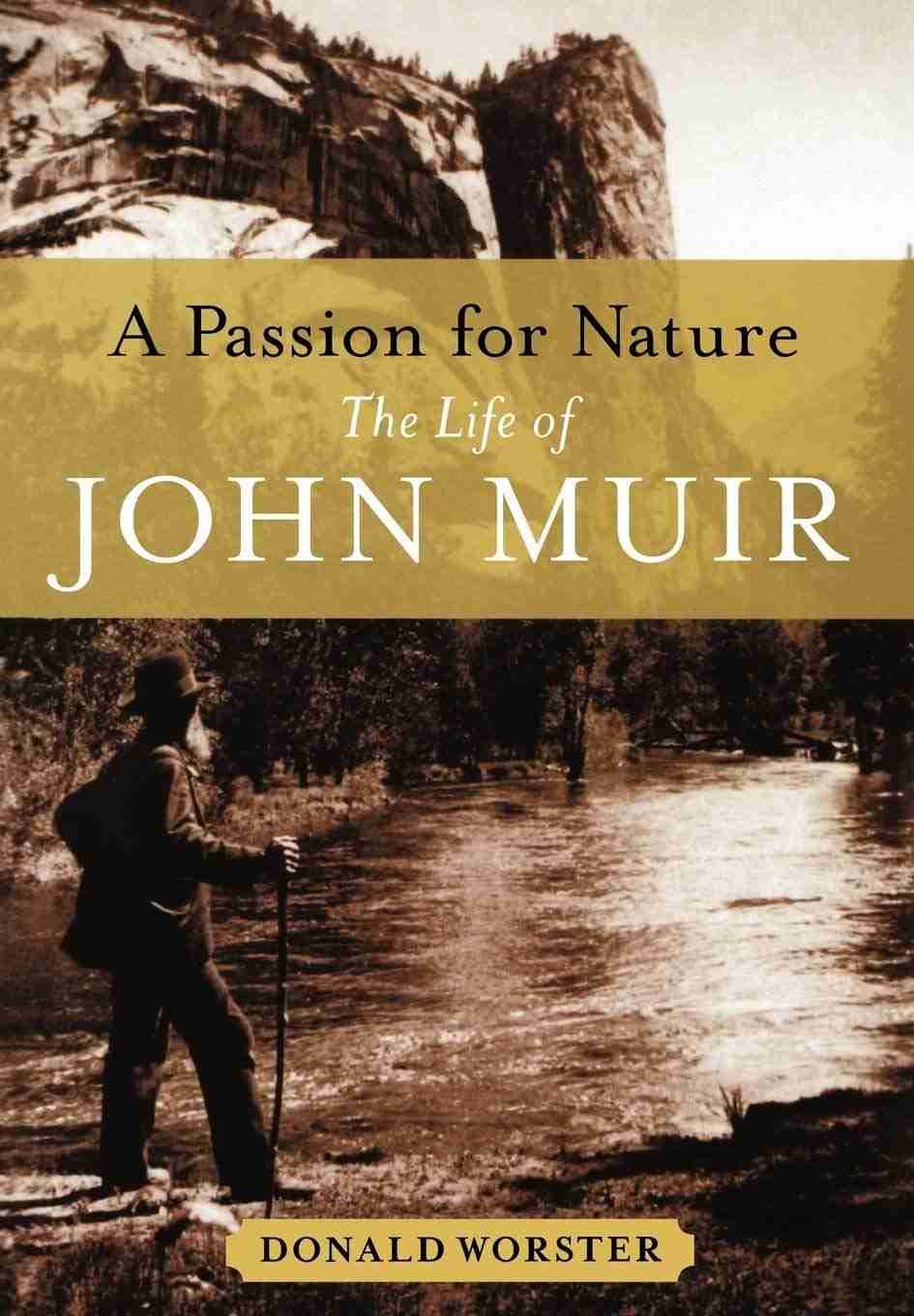 “I am hopelessly and forever a mountaineer,” John Muir wrote. “Civilization and fever and all the morbidness that has been hooted at me has not dimmed my glacial eye, and I care to live only to entice people to look at Nature’s loveliness. My own special self is nothing.”

In Donald Worster’s magisterial biography, John Muir’s “special self” is fully explored as is his extraordinary ability, then and now, to get others to see the sacred beauty of the natural world. A Passion for Nature is the most complete account of the great conservationist and founder of the Sierra Club ever written. It is the first to be based on Muir’s full private correspondence and to meet modern scholarly standards. Yet it is also full of rich detail and personal anecdote, uncovering the complex inner life behind the legend of the solitary mountain man.

It traces Muir from his boyhood in Scotland and frontier Wisconsin to his adult life in California right after the Civil War up to his death on the eve of World War I. It explores his marriage and family life, his relationship with his abusive father, his many friendships with the humble and famous (including Theodore Roosevelt and Ralph Waldo Emerson), and his role in founding the modern American conservation movement. Inspired by Muir’s passion for the wilderness, Americans created a long and stunning list of national parks and wilderness areas, Yosemite most prominent among them.

The Wild Muir by Lee Stetson 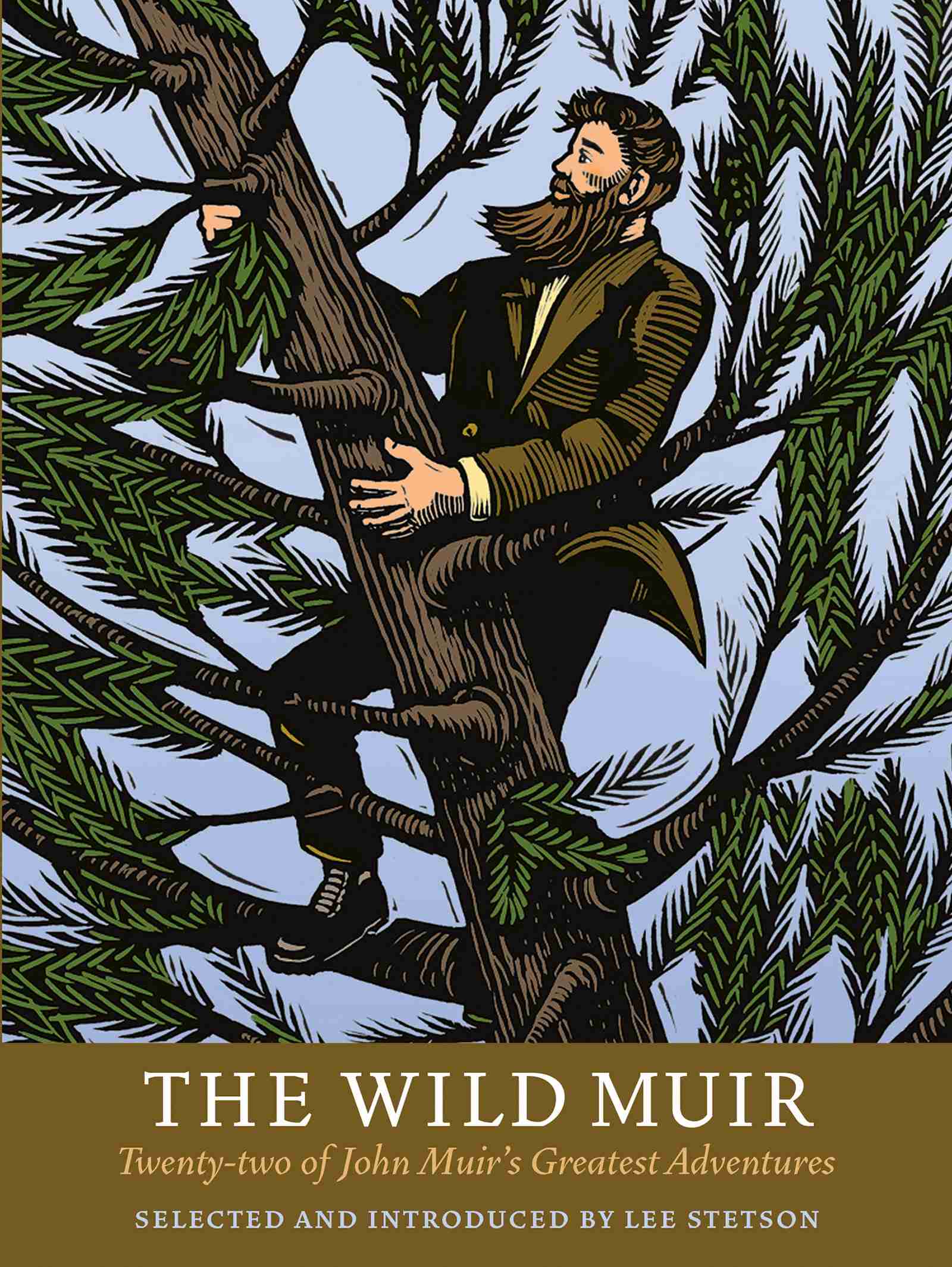 Here is an entertaining collection of famed conservationist John Muir’s most exciting adventures in nature, representing some of his finest writing. From the famous avalanche ride off the rim of Yosemite Valley to his night spent weathering a windstorm at the top of a tree to death-defying falls on Alaskan glaciers, the renowned outdoorsman’s exploits are related in passages that are by turns exhilarating, unnerving, dizzying, and outrageous. 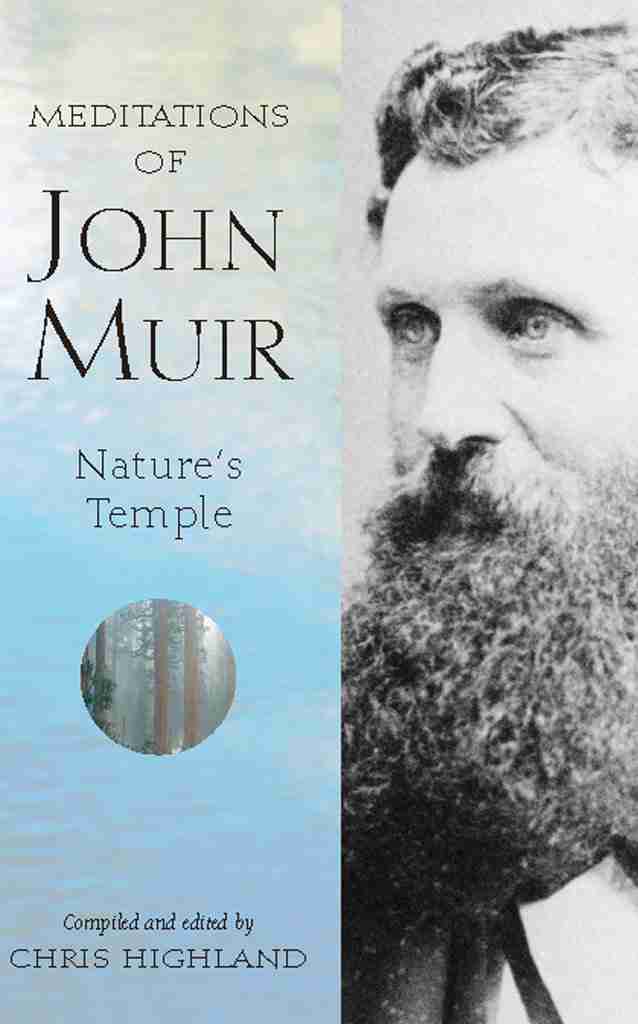 John Muir’s exuberance for nature was the touchstone for his commitment to the earth and all its creatures. As naturalist, writer, and activist, Muir shaped the spiritual and physical boundaries of some of our most treasured national parks.

Editor Chris Highland pairs 60 insightful Muir quotes with selections from other celebrated thinkers and spiritual texts. Take this pocket-size guide with you on backpacks, nature hikes, and camping trips. Let Muir’s words enrich your experience as you ponder the wilderness from river bank, mountain top, or as you relax beside your campfire under night stars.

Son of the Wilderness by Linnie Marsh Wolfe 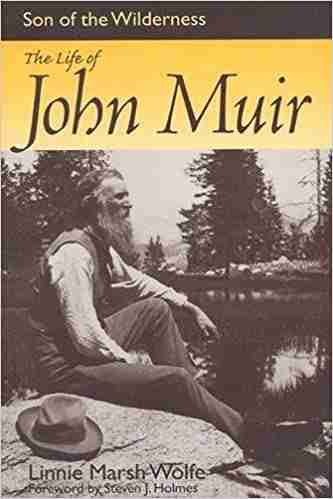 Working closely with Muir’s family and with his papers, Wolfe was able to create a full portrait of her subject, not only as America’s firebrand conservationist and founder of the national park system, but also as husband, father, and friend. All readers who have admired Muir’s ruggedly individualistic lifestyle, and those who wish a greater appreciation for the history of environmental preservation in America, will be enthralled and enlightened by this splendid biography.

The story follows Muir from his ancestral home in Scotland, through his early years in the harsh Wisconsin wilderness, to his history-making pilgrimage to California.

This book, originally published in 1945 and based in large part on Wolfe’s personal interviews with people who knew and worked with Muir, is one that could never be written again. It is, and will remain, the standard Muir biography. 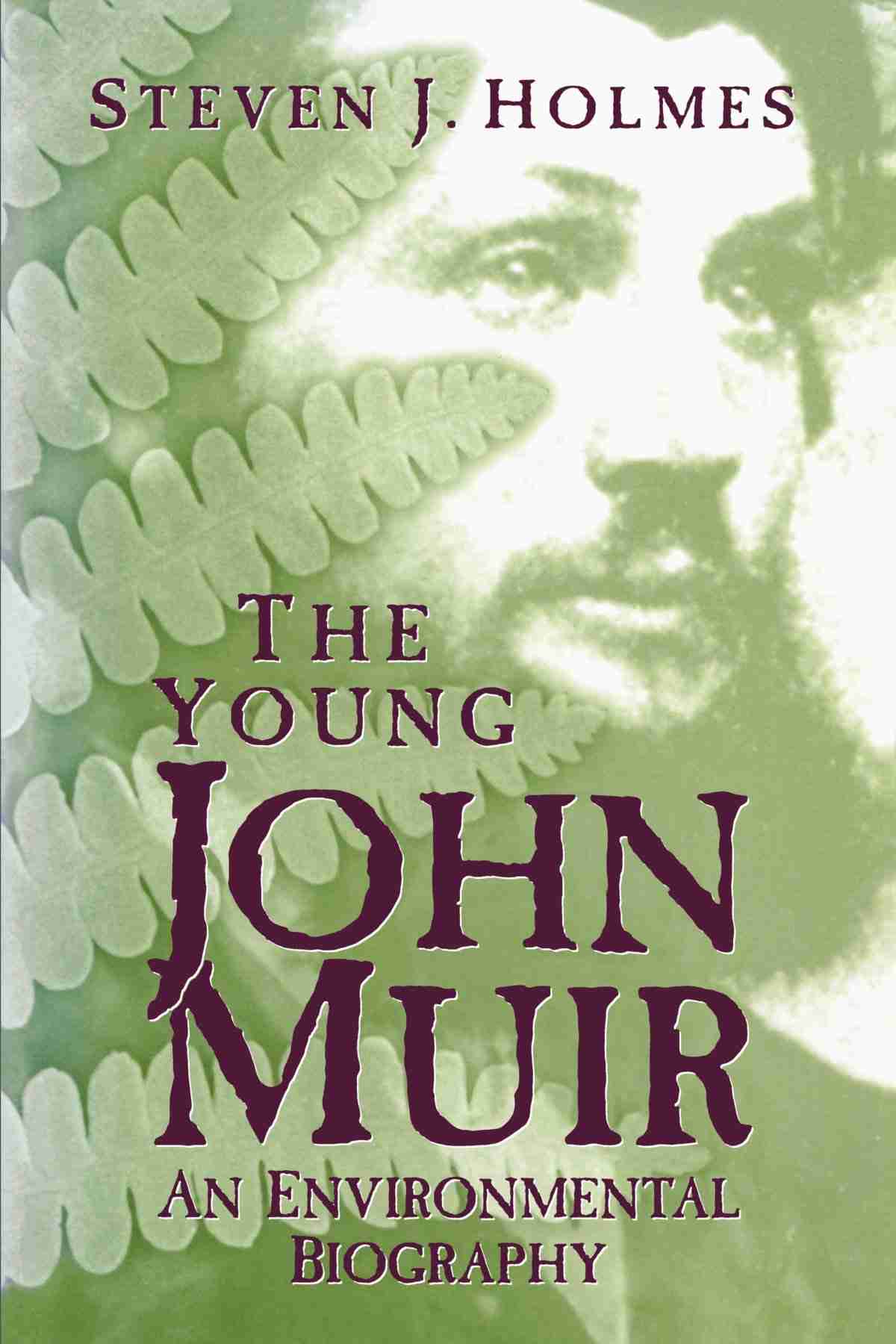 From his childhood in Scotland and Wisconsin through his young adulthood in the Midwest and Canada, Muir struggled – often without success – to find a place for himself both in nature and in society. Far from granting comfort, the natural world confronted the young Muir with a full range of practical, emotional, and religious conflicts.

Only with the help of his family, his religion, and the extraordinary power of nature itself could Muir in his late twenties find a welcoming vision of nature as home – a vision that would shape his lifelong environmental experience, most immediately in his transformative travels through the South and to the Yosemite Valley.

More than a biography, this gem among books on John Muir serves as a remarkable exploration of the human relationship with wilderness. Accessible and engaging, the book will appeal to anyone interested in the individual struggle to come to terms with the power of nature.

Across the Shaman’s River by Daniel Lee Henry 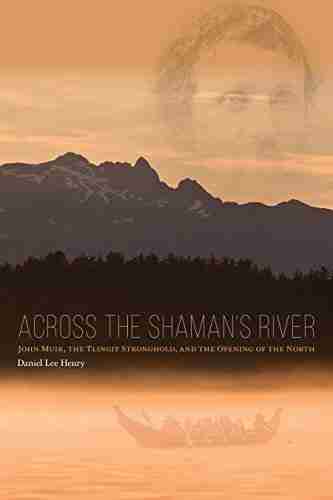 Tucked in the corner of Southeast Alaska, the Tlingits had successfully warded off the Anglo influences that had swept into other corners of the territory. This Native American tribe was viewed by European and American outsiders as the last wild tribe and a frustrating impediment to access.

Missionaries and prospectors alike had widely failed to bring the Tlingit into their power. Yet, when naturalist John Muir arrived in 1879, accompanied by a fiery preacher, it only took a speech about “brotherhood” – and some encouragement from the revered local shaman Skandoo’o – to finally transform these “hostile heathens.”

Using Muir’s original journal entries, as well as historic writings of explorers juxtaposed with insights from contemporary tribal descendants, Across the Shaman’s River reveals how Muir’s famous canoe journey changed the course of history and had profound consequences on the region’s Native Americans.

The Mountains of California by John Muir 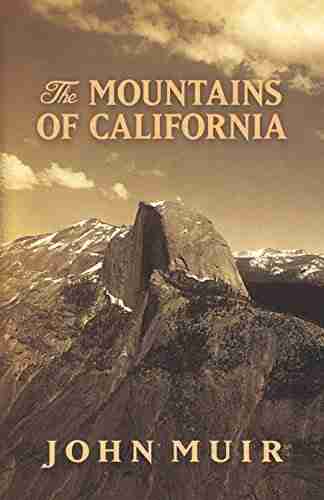 In this tribute to the grandeur of the Sierras, Muir recounts his journeys by foot through the Yosemite Valley, Mount Whitney, the famed sequoia forests, King’s Canyon, and other wilderness areas.

With a natural historian’s keen eye for flora, geography, and geology, Muir describes glaciers, lakes, trees, and the daily lives of the region’s inhabitants. His lyrical narrative, imbued with the deepest understanding and respect for nature, examines the ways in which natural forces shape the landscape and the effects of the changing seasons. The zesty travelogue is accompanied by splendid illustrations of maps, plants, and animals. 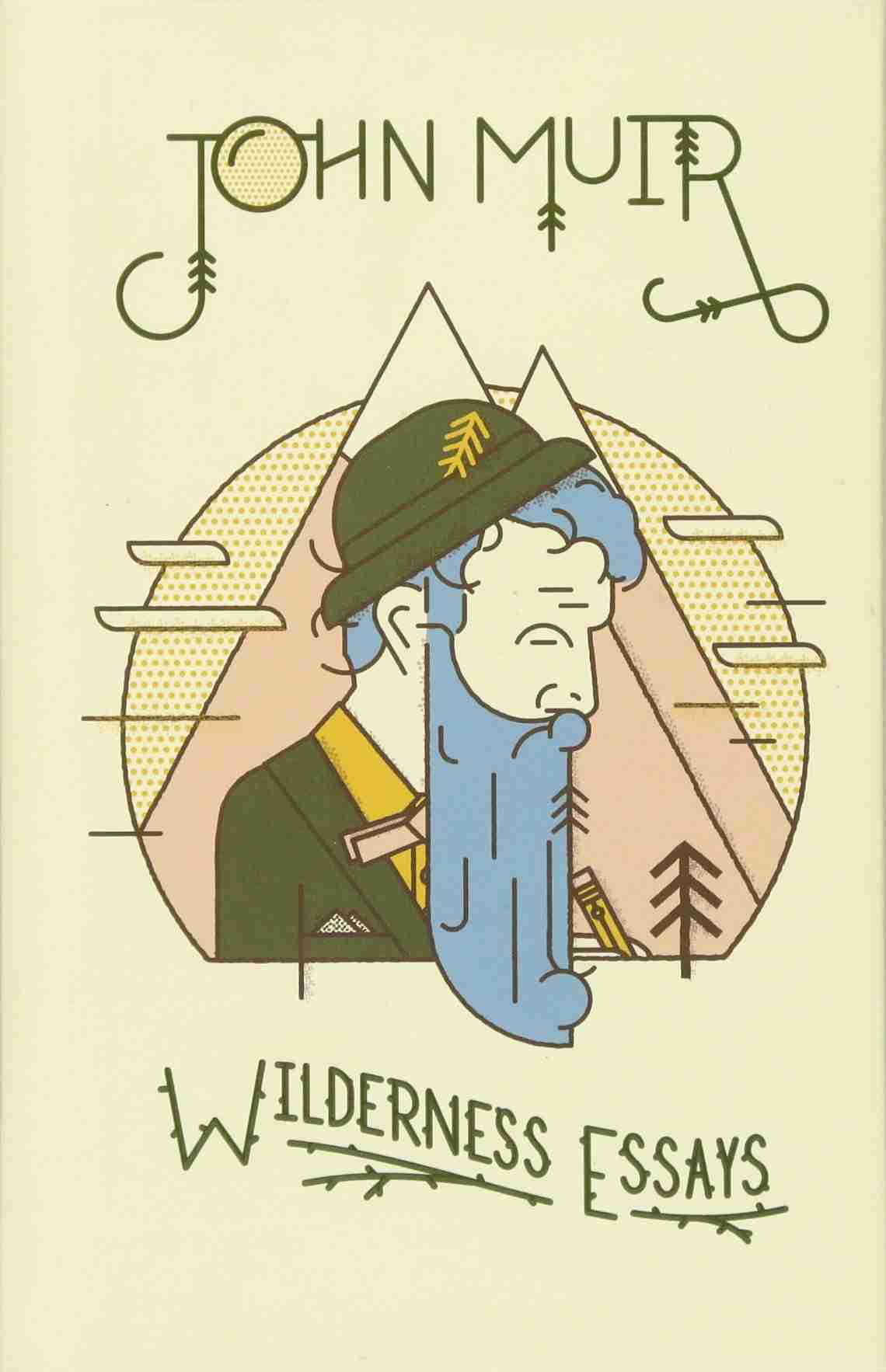 Part of John Muir’s appeal to modern readers is that he not only explored the American West and wrote about its beauties but also fought for their preservation. His successes dot the landscape and are evident in all the natural features that bear his name: forests, lakes, trails, and glaciers. Here collected are some of Muir’s finest wilderness essays, ranging in subject matter from Alaska to Yellowstone, from Oregon to the High Sierra.

A Thousand-Mile Walk to the Gulf by John Muir 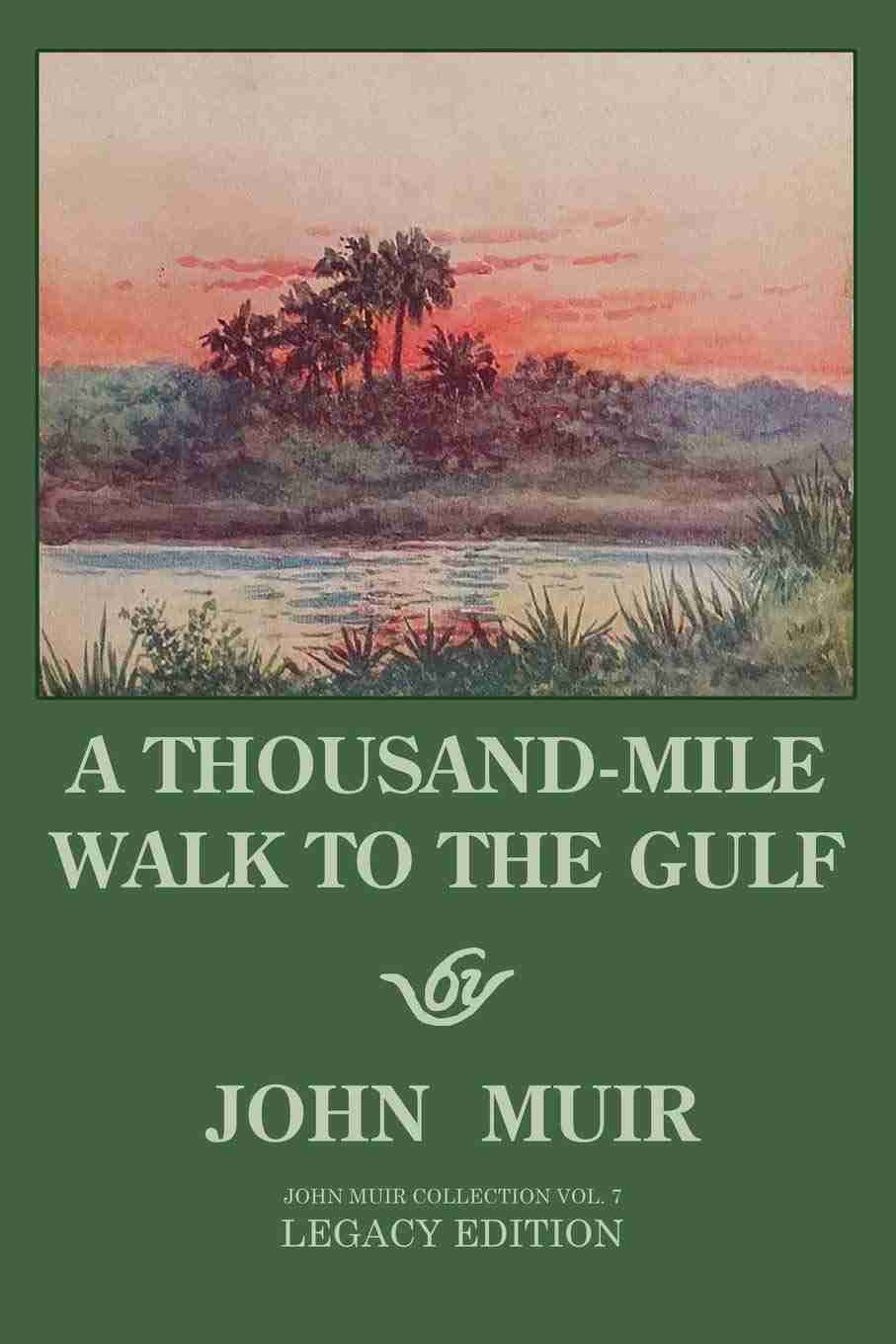 At the age of 29, naturalist John Muir set out alone for a long hike through the rural American South in the immediate aftermath of the Civil War. This volume chronicles his path from Indiana across Kentucky, Tennessee, North Carolina, Georgia, and Florida to the Gulf of Mexico. Muir chose the “wildest, leafiest, and least trodden way I could find,” sketching plants along the way and recording his delighted encounters with Spanish moss, palmettos, magnolias, and other botanical wonders.

Although he preferred the wilderness to settlements, Muir occasionally encountered former Confederate soldiers, freed slaves, and other residents of the region during the 1860s.

The Yosemite by John Muir 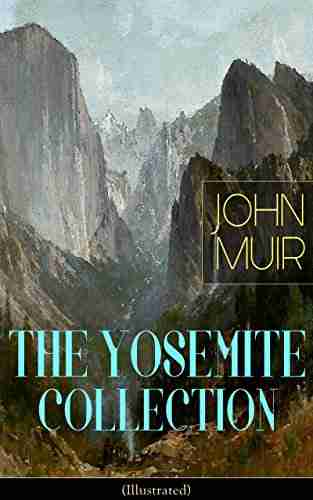 When the well-known naturalist and environmentalist, John Muir finally settled in San Francisco, he immediately left for a week-long visit to Yosemite, a place he had only read about. He was overwhelmed with what he saw and he led a successful movement to establish this large national park encompassing not just the valley, but surrounding mountains and forests as well – paving the way for the United States national park system.

The Story of my Boyhood and Youth by John Muir 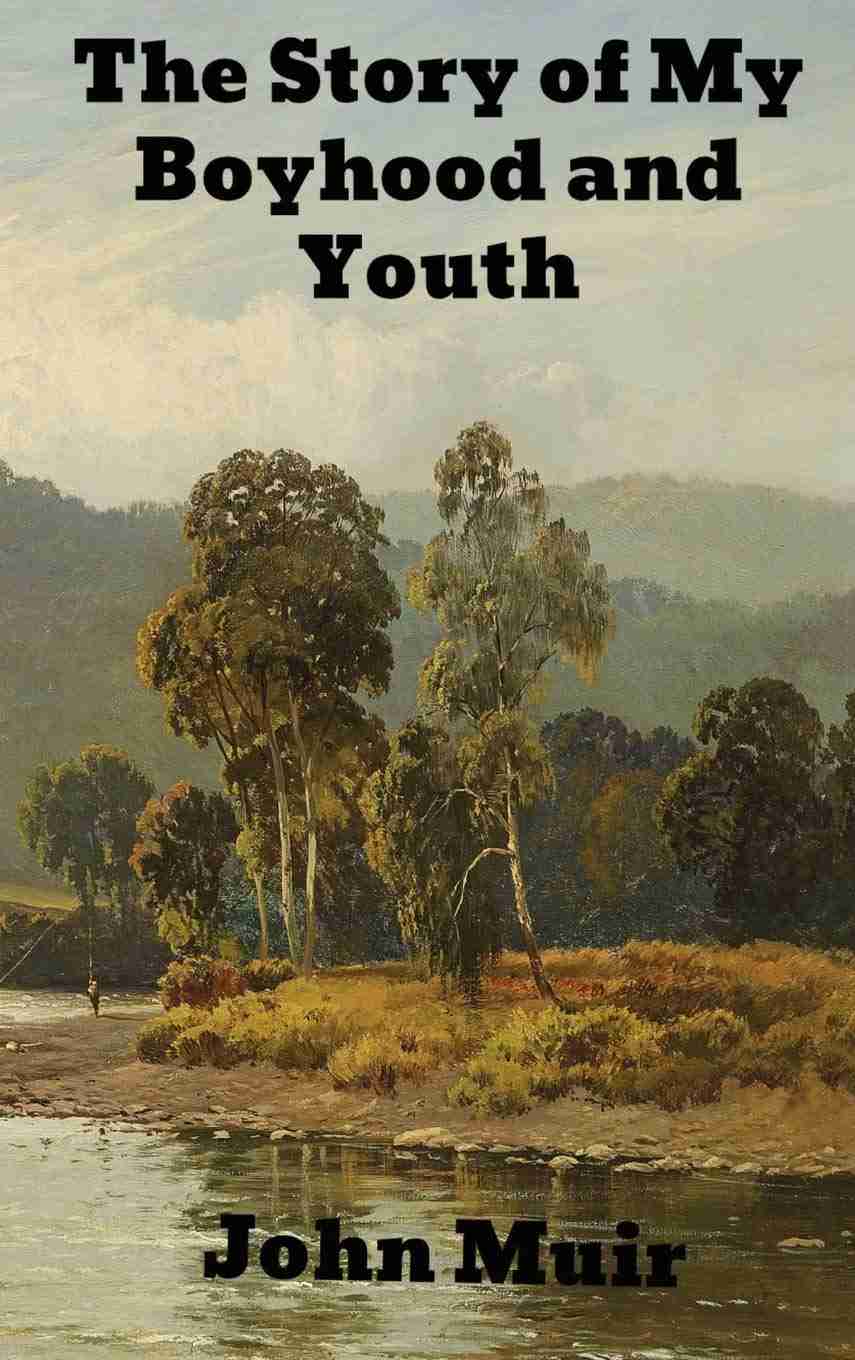 The Story of My Boyhood and Youth is a stirring autobiography by the great American naturalist, John Muir.

“When I was a boy in Scotland I was fond of everything that was wild, and all my life I’ve been growing fonder and fonder of wild places and wild creatures,” he wrote. “Fortunately around my native town of Dunbar, by the stormy North Sea, there was no lack of wildness, though most of the land lay in smooth cultivation.”

My First Summer in the Sierra by John Muir 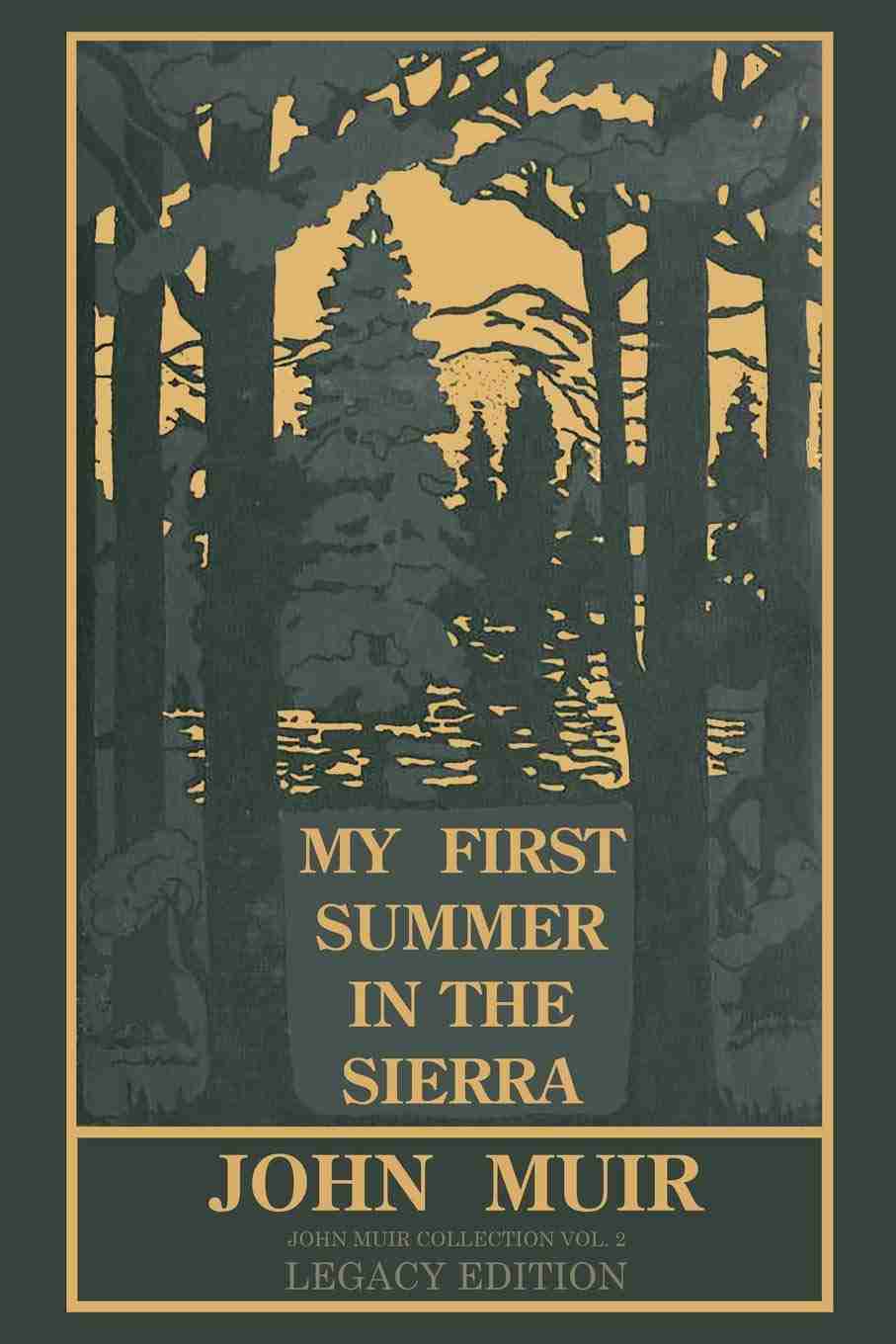 Muir discusses much of what he saw during his travels during his first summer in California’s Sierra Range. Reflect on the words of Muir’s keen eye for nature and the lore of the woods while you plan your own escape to the wilderness. Muir’s admiration of the diversity of his surroundings and appreciation of every living creature big and small is clearly seen on every page!

Our National Parks by John Muir 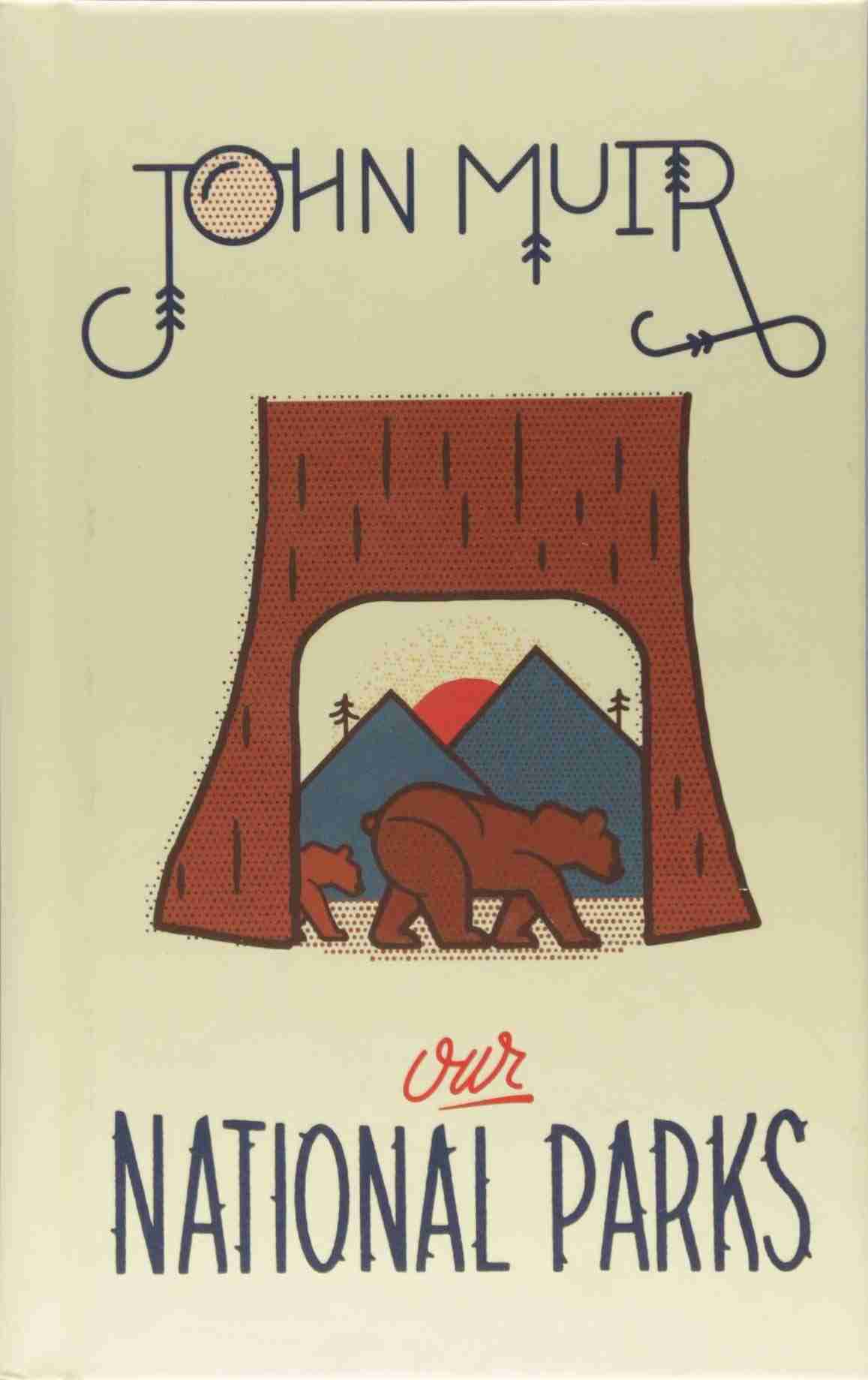 John Muir’s warmth, humor, and passionate advocacy for these public lands is enough to spur any reader on to plan a National Parks adventure of their own. 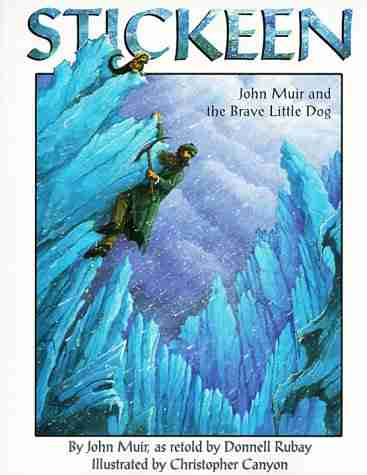 In the summer of 1880, John Muir set out to explore glaciers in Southeastern Alaska with a crew…and a little black dog named Stickeen. At first, John didn’t want a dog on board: “Such a little pup will only be in the way!” he insisted. But Stickeen’s master claimed that Stickeen was a “wonder of a dog.”

John reluctantly takes Stickeen on his journey, but the little dog always stays aloof and distant even as he follows Muir’s crew. When John and Stickeen are alone together and faced with a nigh-impassable ice canyon, John must find a way across…and Stickeen must find his courage to follow.

Travels in Alaska by John Muir 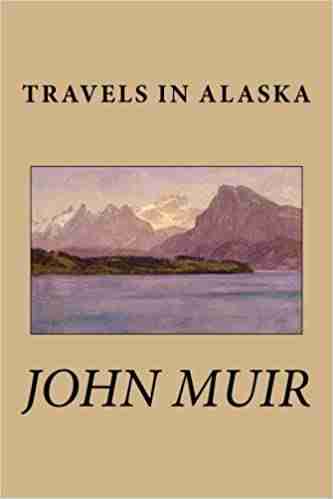 Descriptions glowing with color, thrilling stories of adventures on mountains, glaciers, and the sea, and sympathetic accounts of the life of the Indians make this account of the wonders of our Northern possessions one of the most interesting books by John Muir, while as the crowning volume of his works it will take and hold a permanent place in American literature.

If you enjoyed this guide to essential books on John Muir, be sure to check out our list of The 15 Best Books on President Abraham Lincoln!