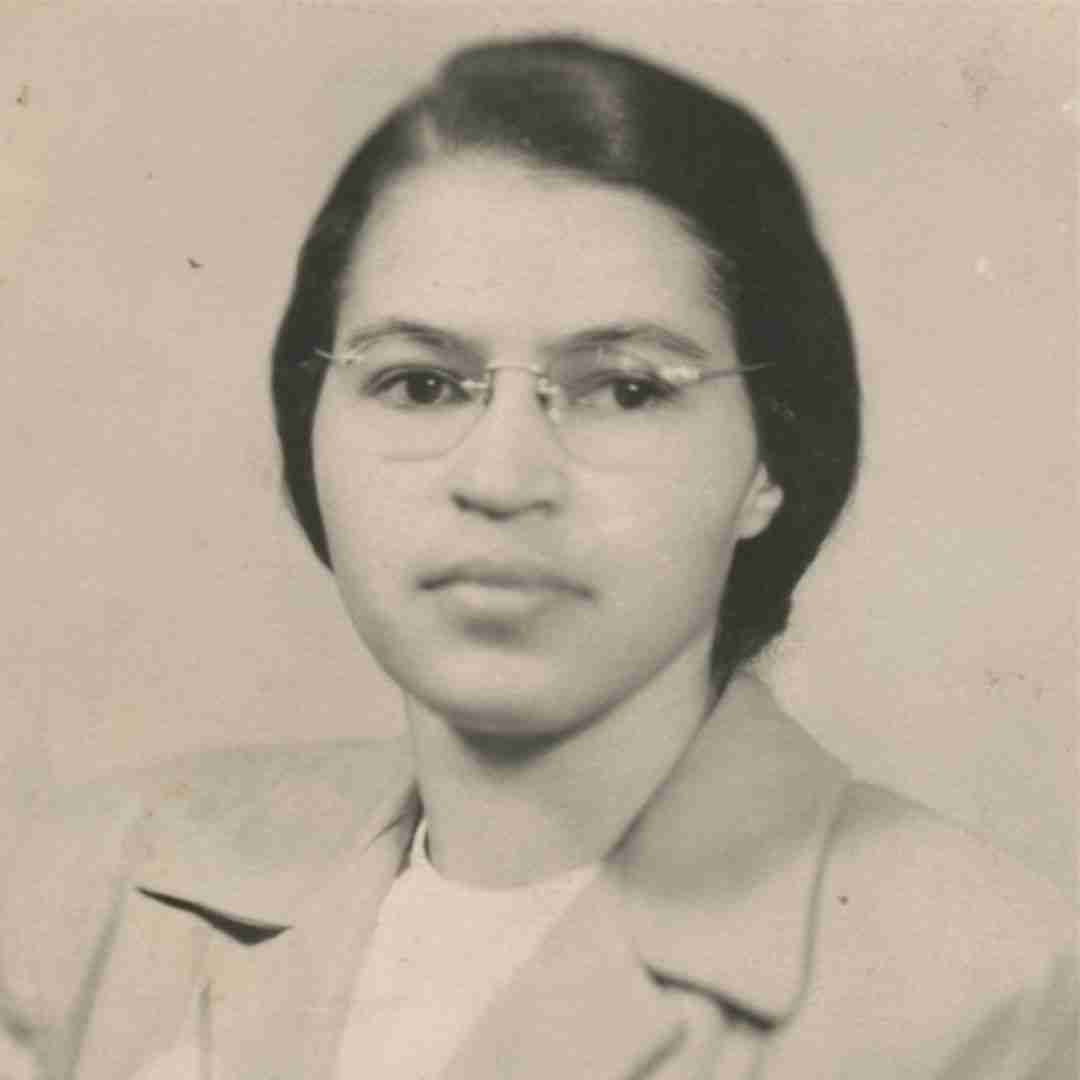 There are numerous books on Rosa Parks, and it comes with good reason, she was an American activist in the civil rights movement that played an especially pivotal role in the Montgomery bus boycott.

“People always say that I didn’t give up my seat because I was tired, but that isn’t true. I was not tired physically, or no more tired than I usually was at the end of a working day,” she wrote in My Story. “I was not old, although some people have an image of me as being old then. I was forty-two. No, the only tired I was, was tired of giving in.”

In order to get to the bottom of what inspired one of the civil rights movement’s most consequential figures to the heights of societal contribution, we’ve compiled a list of the 10 best books on Rosa Parks.

Rosa Parks is best known for the day she refused to give up her seat on a segregated bus, sparking the Montgomery, Alabama, bus boycott. Yet there is much more to her story than this one act of defiance. In this straightforward, compelling autobiography, Rosa Parks talks candidly about the civil rights movement and her active role in it.

“The simplicity and candor of this courageous woman’s voice makes these compelling events even more moving and dramatic,” writes Publishers Weekly.

The Rebellious Life of Mrs. Rosa Parks by Jeanne Theoharis

The definitive political biography of Rosa Parks examines her six decades of activism, challenging perceptions of her as an accidental actor in the civil rights movement.

Presenting a corrective to the popular notion of Rosa Parks as the quiet seamstress who, with a single act, birthed the modern civil rights movement, Theoharis provides a revealing window into Parks’s politics and years of activism. She shows readers how this civil rights movement radical sought – for more than a half a century – to expose and eradicate the American racial-caste system in jobs, schools, public services, and criminal justice. 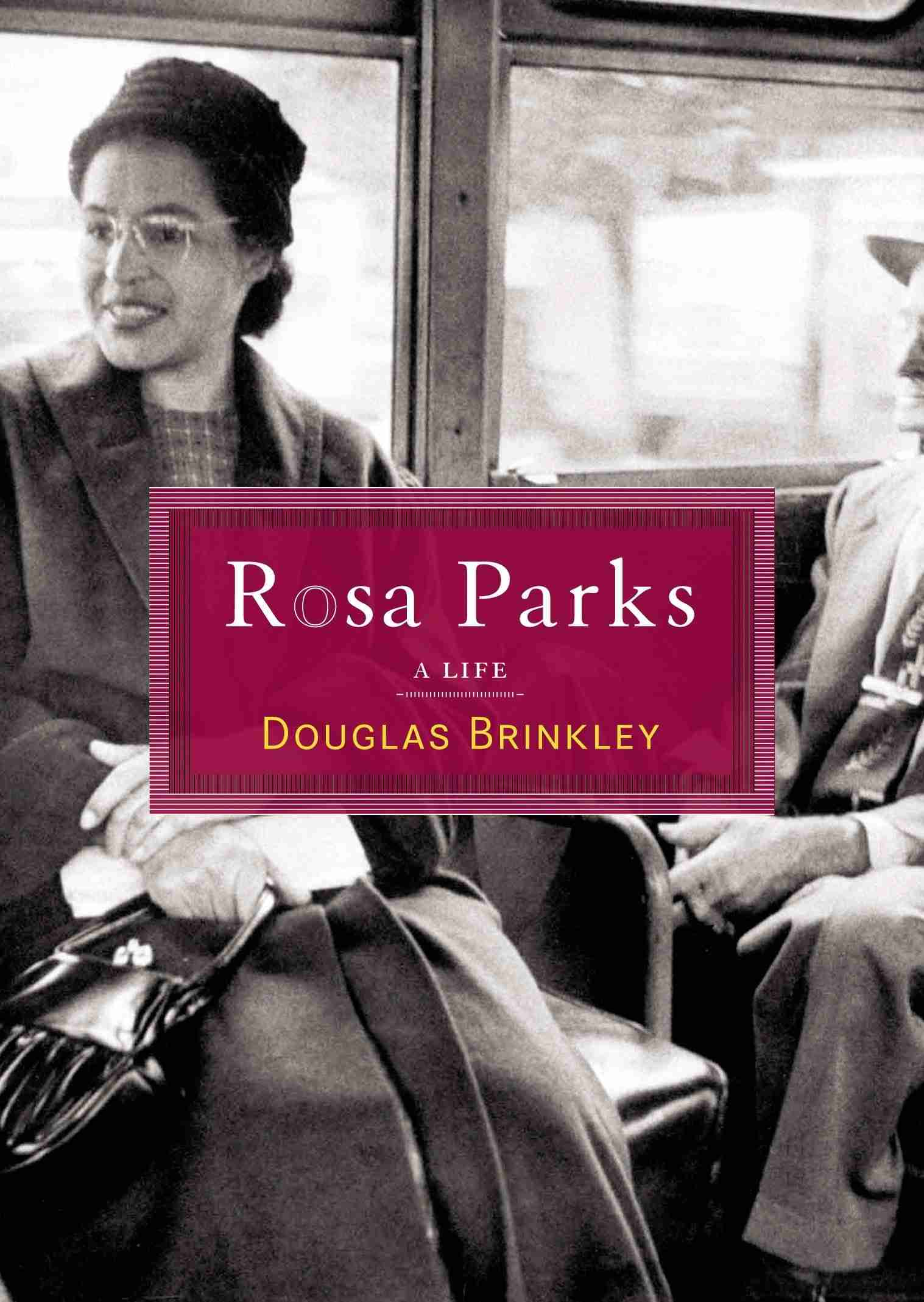 The eminent historian Douglas Brinkley follows this thoughtful and devout woman from her childhood in Jim Crow Alabama through her early involvement in the NAACP to her epochal moment of courage and her afterlife as a beloved (and resented) icon of the civil rights movement. Well researched and written with sympathy and keen insight, the result is a moving, revelatory portrait of an American heroine and her tumultuous times.

On December 1, 1955, Rosa Parks refused to move to the back of a city bus in Montgomery, Alabama. She was not trying to start a movement. She was simply tired of the social injustice. Yet, her simple act of courage started a chain of events that forever shaped the landscape of American race relations.

Now, decades after her quiet defiance inspired the modern civil rights movement, Mrs. Parks’s own words tell of her courageous life, her passion for freedom and equality, and her strong faith. Reflections by Rosa Parks celebrates the principles and convictions that guided her through a remarkable life. It is a printed record of her legacy – her lasting message to a world still struggling to live in harmony.

Including historic and beautiful pictures, this collection of Rosa Parks’s reflections includes topics like dealing with fear, facing injustice, developing character and determination, faith in God, and her hope for the future.

“I want to be remembered as a person who stood up to injustice,” writes Rosa Parks, “who wanted a better world for young people.”

Fifty years after her refusal to give up her seat on a Montgomery, Alabama, city bus, Mrs. Rosa Parks is still one of the most important figures in the American civil rights movement. This tribute to Mrs. Parks is a celebration of her courageous action and the events that followed.

Who Was Rosa Parks? by Yona Zeldis McDonough

In 1955, Rosa Parks refused to give her bus seat to a white passenger in Montgomery, Alabama. This seemingly small act triggered civil rights protests across America and earned Rosa Parks the title “Mother of the Civil Rights Movement.” This biography has black-and-white illustrations throughout and is suitable for both adults and young readers.

I am Rosa Parks by Brad Meltzer 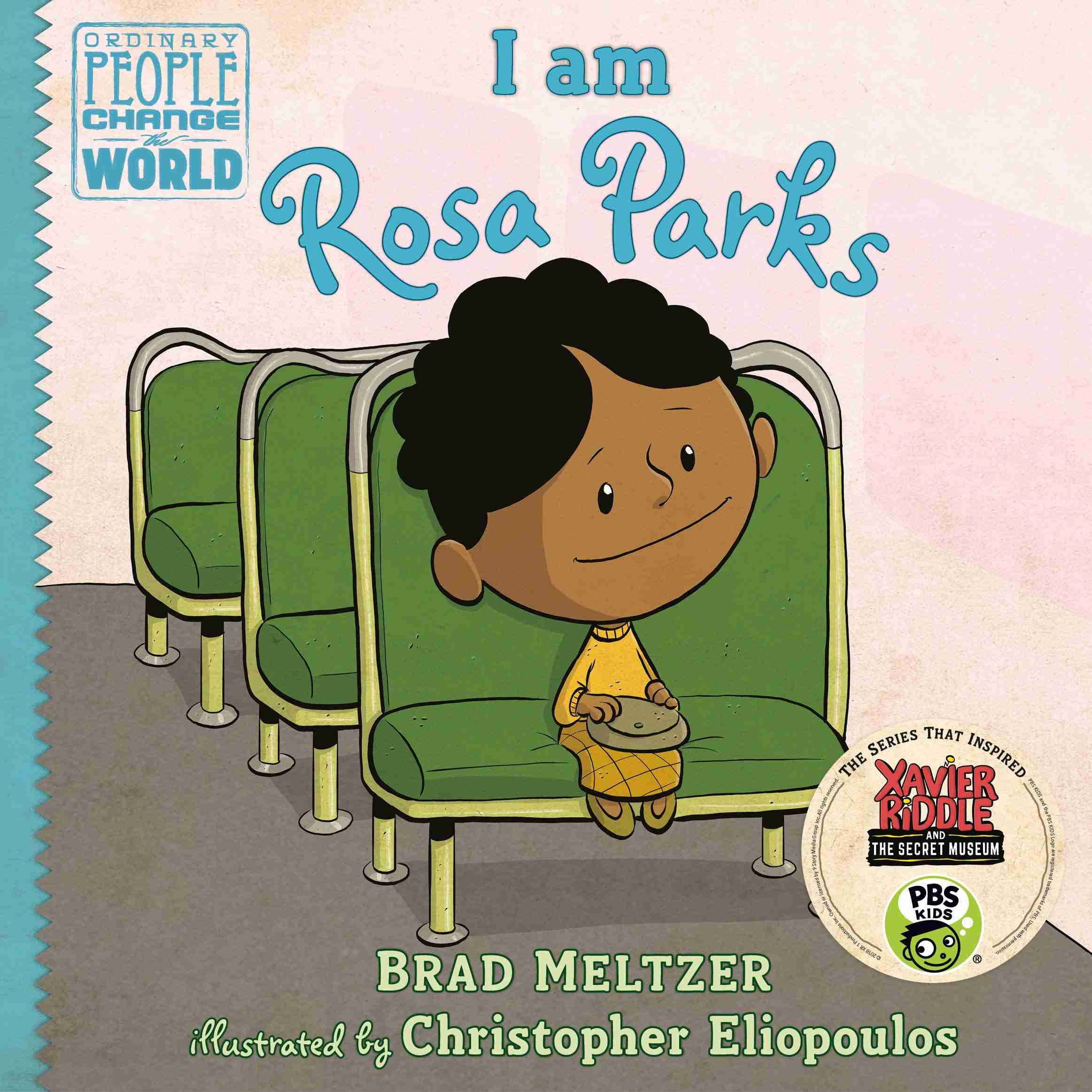 This friendly, fun biography series inspired the PBS Kids TV show Xavier Riddle and the Secret Museum. One great role model at a time, these books encourage kids to dream big. Included in each book are: 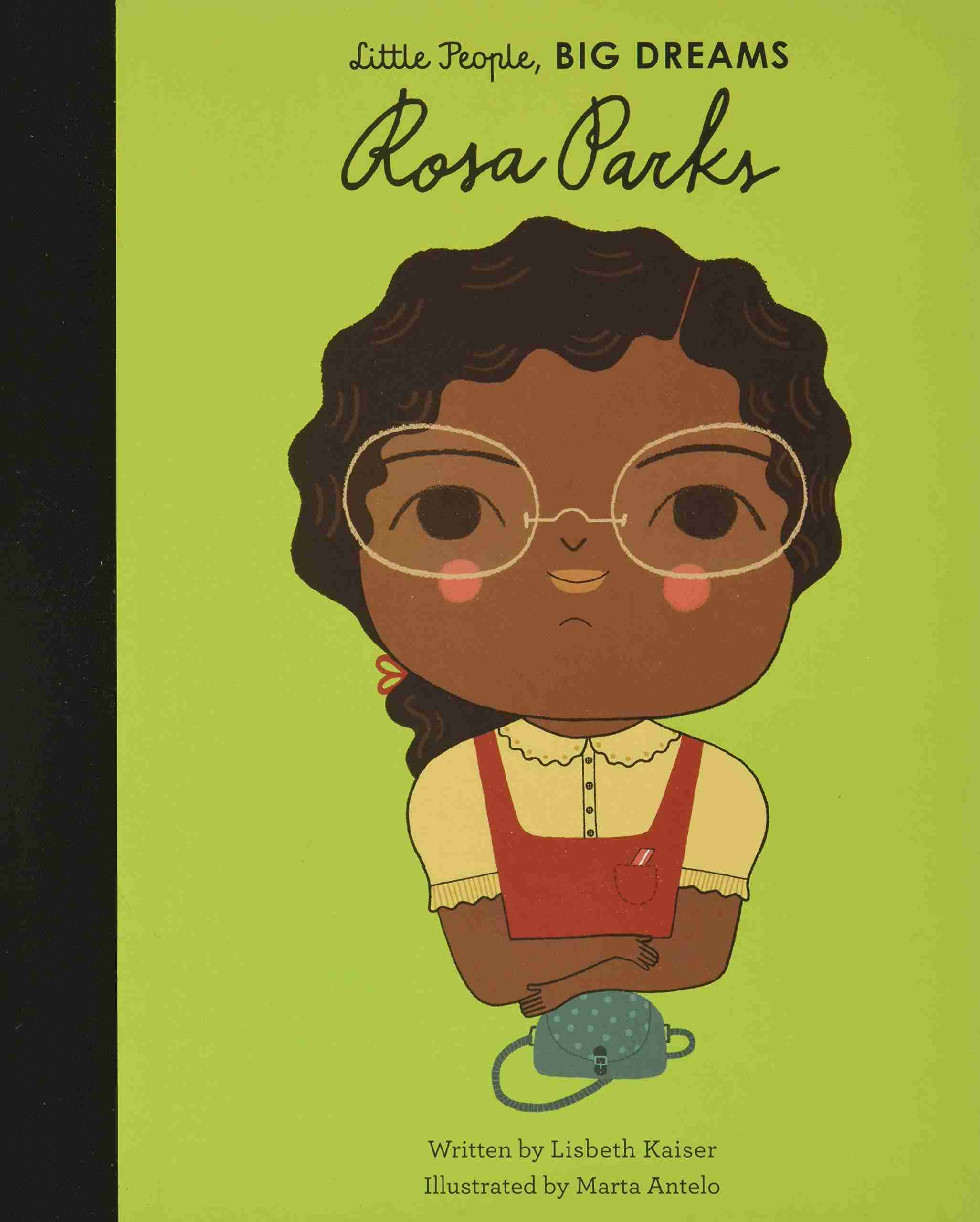 This moving book features stylish and quirky illustrations and extra facts at the back, including a biographical timeline with historical photos and a detailed profile of the activist’s life.

Little People, BIG DREAMS is a best-selling series of books and educational games that explore the lives of outstanding people, from designers and artists to scientists and activists. All of them achieved incredible things, yet each began life as a child with a dream.

This empowering series offers inspiring messages to children of all ages, in a range of formats. The board books are told in simple sentences, perfect for reading aloud to babies and toddlers. The hardcover versions present expanded stories for beginning readers. Boxed gift sets allow you to collect a selection of the books by theme. 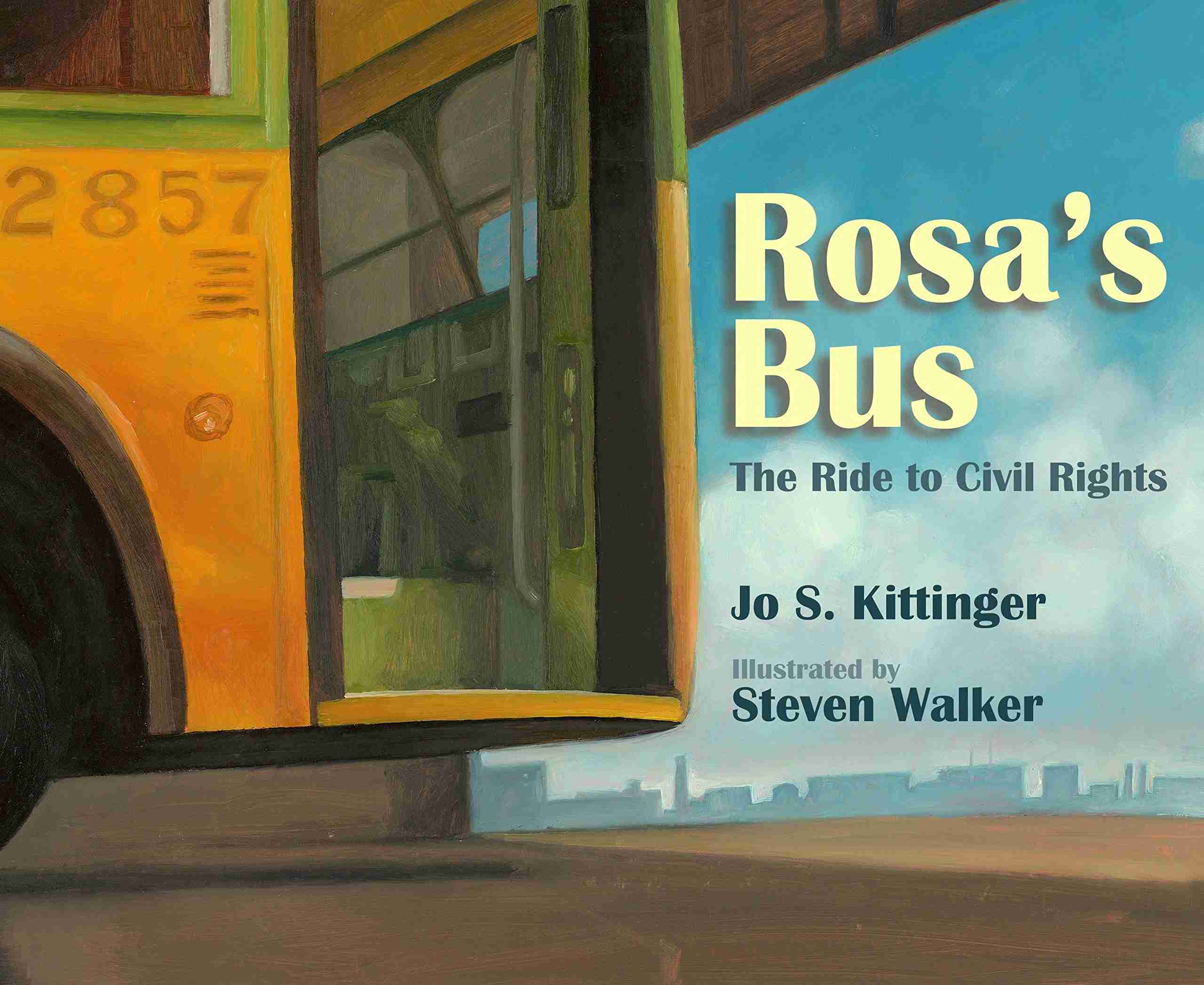 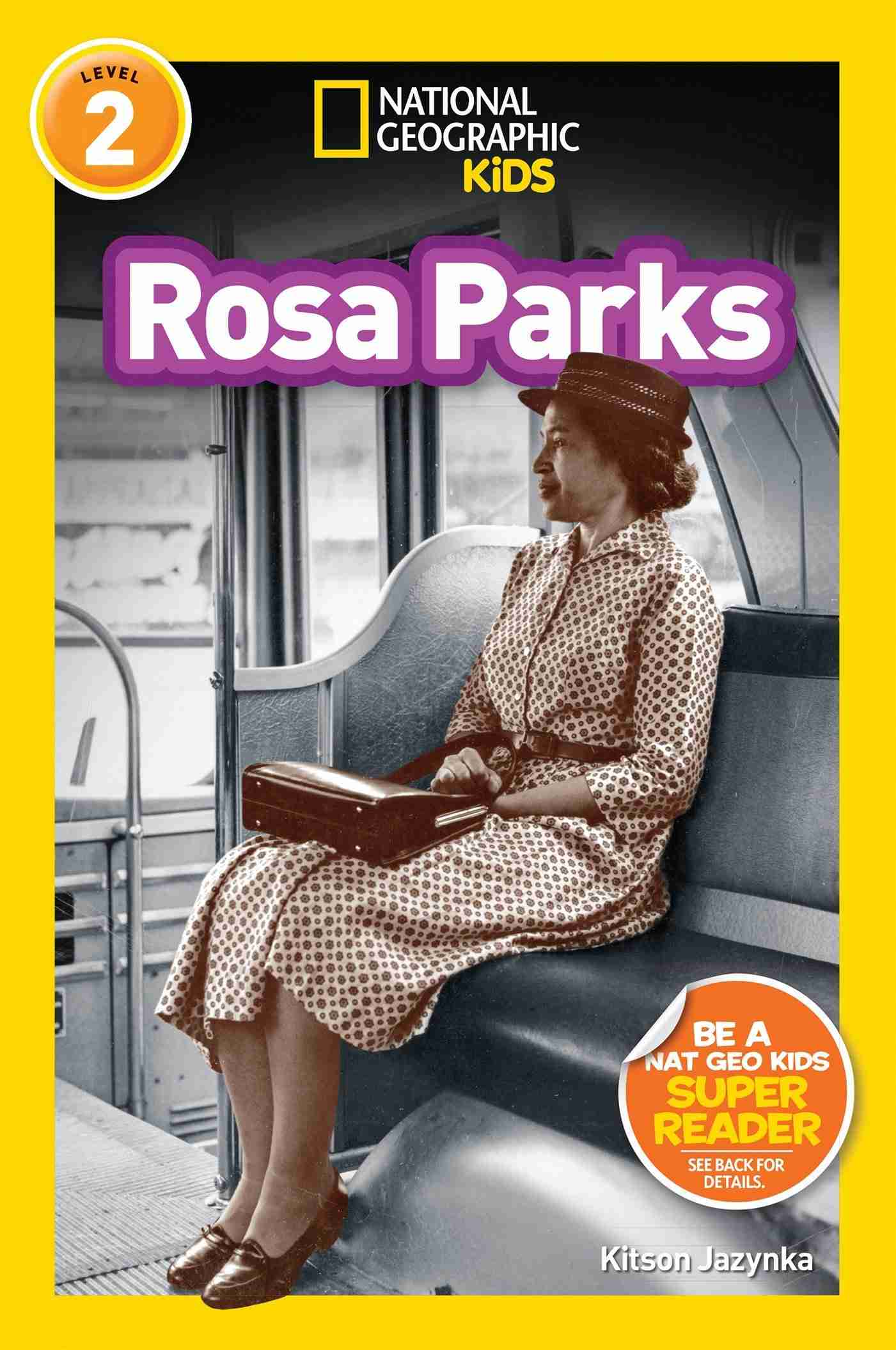 Find out about the life of Rosa Parks and how her actions in Montgomery, Alabama, in 1955 helped end racial segregation in America. This book follows the same standards as other National Geographic Readers with the same careful text, brilliant photographs, and fun approach that kids love. The life story of Rosa Parks has enduring lessons to teach us and this biography should appeal to kids, parents, and teachers.

If you enjoyed this guide to essential books on Rosa Parks, be sure to check out our list of The 15 Best Books on President Abraham Lincoln!