Essential Books on Rutherford B. Hayes 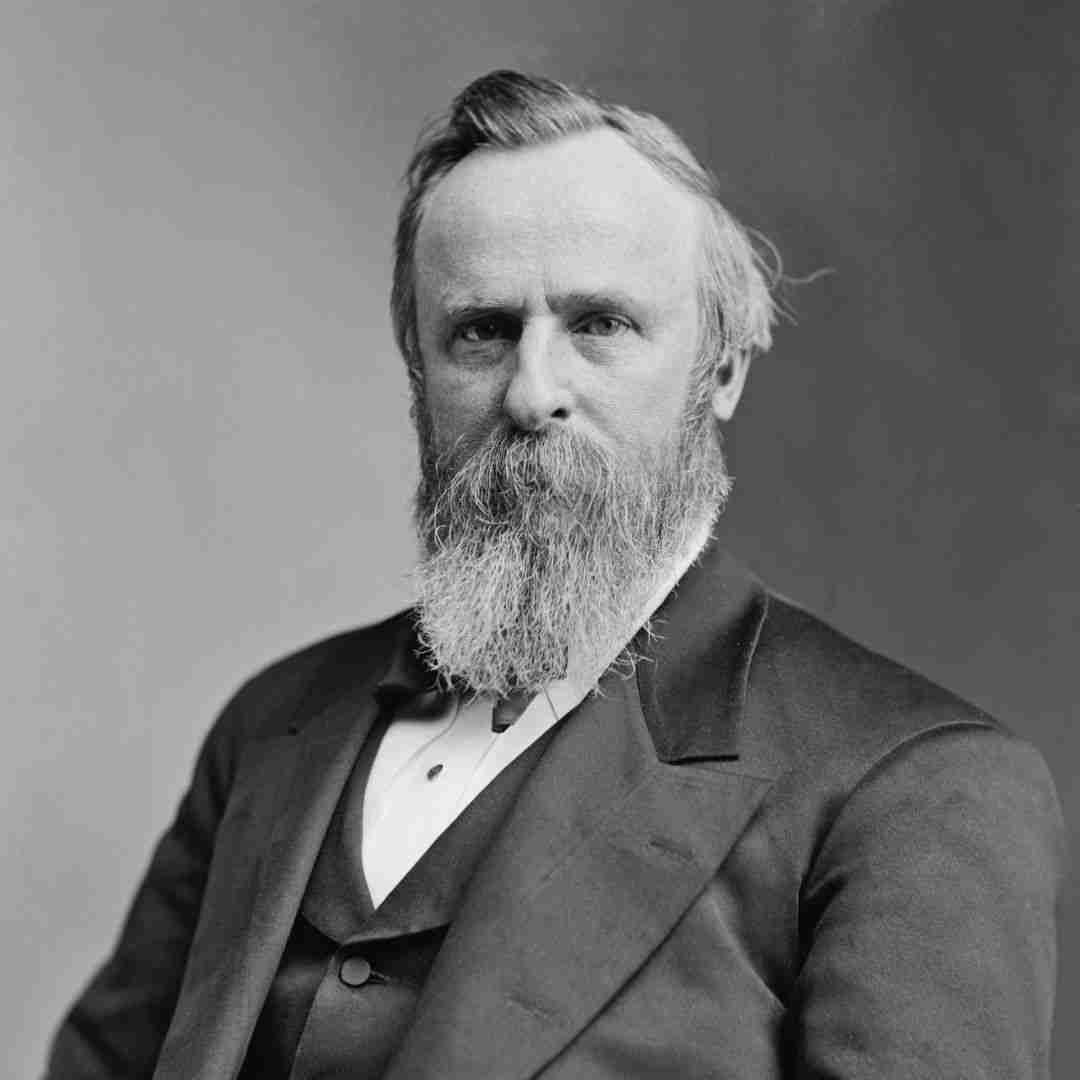 There are numerous books on Rutherford B. Hayes, and it comes with good reason, aside from being elected America’s nineteenth President (1877-1881), he oversaw the end of Reconstruction, began the efforts that led to civil service reform, and attempted to reconcile the divisions left over from the Civil War.

“Universal suffrage should rest upon universal education. To this end, liberal and permanent provision should be made for the support of free schools by the State governments, and, if need be, supplemented by legitimate aid from national authority,” he remarked.

In order to get to the bottom of what inspired one of America’s most consequential figures to the height of political power, we’ve compiled a list of the 3 best books on Rutherford B. Hayes. 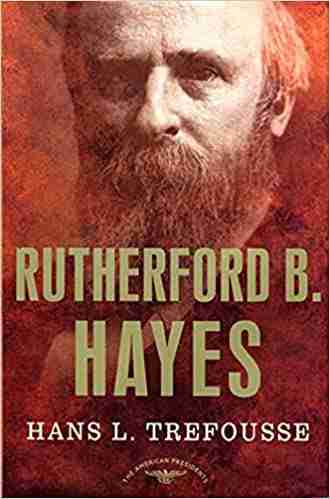 The disputed election of 1876 between Rutherford B. Hayes and Samuel Tilden, in which Congress set up a special electoral commission, handing the disputed electoral votes to Hayes, brings recent events into sharp focus.

Historian Hans L. Trefousse explores Hayes’s new relevance and reconsiders what many have seen as the pitfalls of his presidency. While Hayes did officially terminate the Reconstruction, Trefousse points out that this process was already well underway by the start of his term and there was little he could do to stop it. A great intellectual and one of our best-educated presidents, Hayes did much more in the way of healing the nation and elevating the presidency.

Rutherford B. Hayes: Warrior and President by Ari Hoogenboom 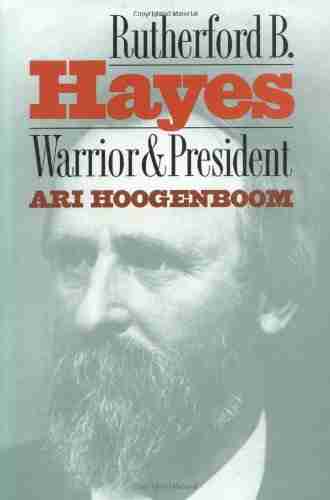 The first biography of Hayes in nearly fifty years, Hoogenboom’s book recreates the rapidly changing world of Victorian America as experienced by one of its most reflective and perceptive figures. The Hayes that emerges is a much more progressive and far-sighted leader than previously suggested. He was, Hoogenboom argues, neither a Southern sympathizer nor an exemplar of the “Greedy Gilded Age.” Rather, he was a devout, pragmatic champion of equal rights.

Hayes’s colorful life was rooted in his frontier experiences in Ohio and galvanized on Civil War battlefields, where he survived five wounds and was ultimately promoted to major general. No other president was under fire on the front lines as much as Hayes.

Hayes’s image as president, however, has not been quite so shining. He has been blamed for Reconstruction’s failure and damned for an apparent bargain that guaranteed his election in exchange for withdrawing military support of Republican governments in the South. He has also been criticized for championing the gold standard, for breaking the Great Strike of 1877, for inconsistent support of civil-service reform, and for being an ineffectual politician.

Hoogenboom contends that these evaluations are largely false. Previous scholars, he says, have failed to appreciate Hayes’s limited options and have misrepresented his actions in their depictions of an overly cautious, nonvisionary president. In fact, he was strikingly modern in his efforts to enlarge the power of the office, which he used as his own bully pulpit to rouse public support for his goals.

Fraud of the Century by Roy Morris Jr. 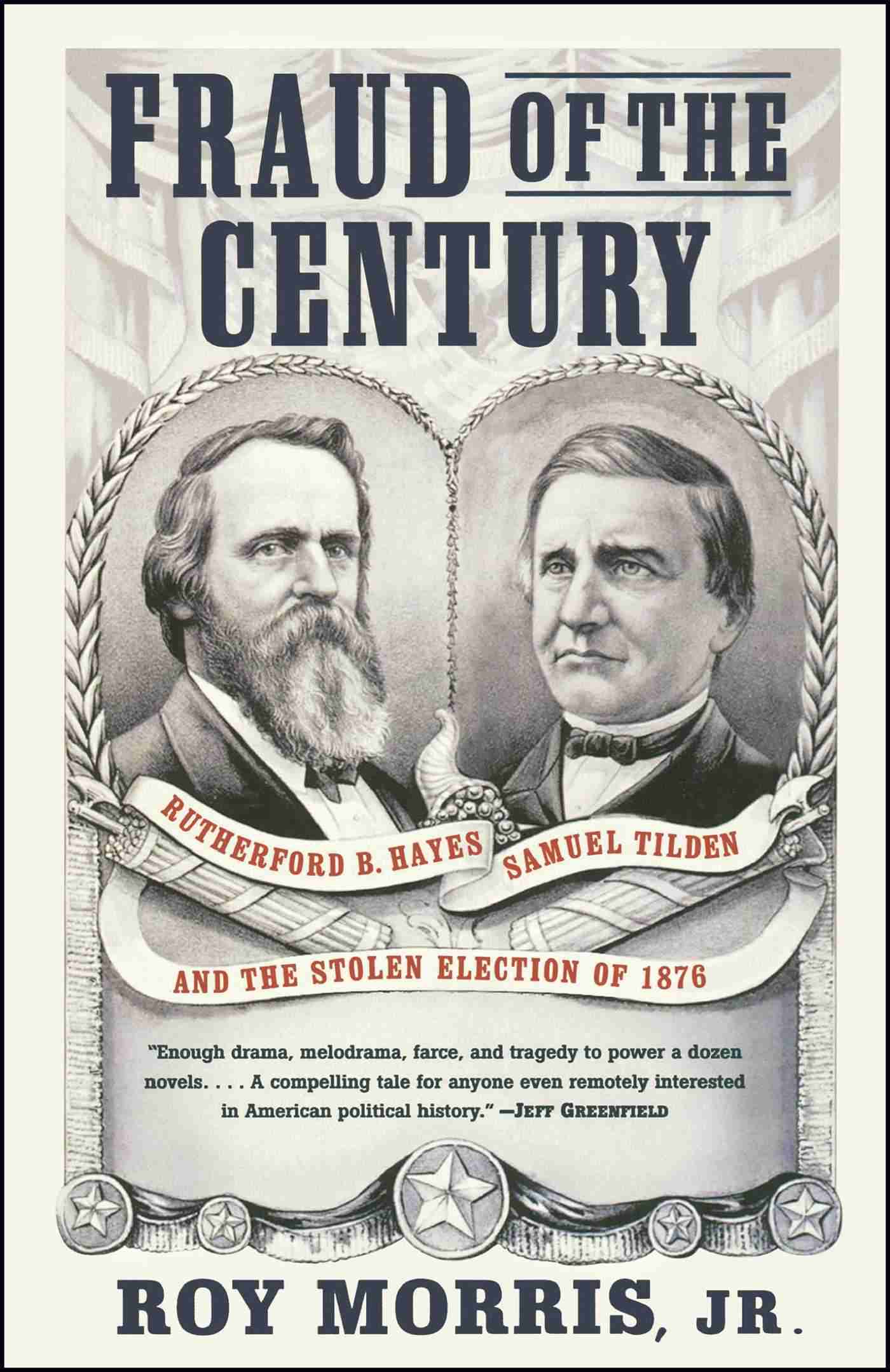 The bitter 1876 contest between Ohio Republican governor Rutherford B. Hayes and New York Democratic governor Samuel J. Tilden is the most sensational, ethically sordid, and legally questionable presidential election in American history. The first since Lincoln’s in 1860 in which the Democrats had a real chance of recapturing the White House, the election was in some ways the last battle of the Civil War, as the two parties fought to preserve or overturn what had been decided by armies just eleven years earlier.

Riding a wave of popular revulsion at the numerous scandals of the Grant administration and a sluggish economy, Tilden received some 260,000 more votes than his opponent. But contested returns in Florida, Louisiana, and South Carolina ultimately led to Hayes’s being declared the winner by a specially created, Republican-dominated Electoral Commission after four tense months of political intrigue and threats of violence. President Grant took the threats seriously: he ordered armed federal troops into the streets of Washington to keep the peace.

Morris brings to life all the colorful personalities and high drama of this most remarkable – and largely forgotten – election. He presents vivid portraits of the bachelor lawyer Tilden, a wealthy New York sophisticate whose passion for clean government propelled him to the very brink of the presidency, and of Hayes, a family man whose midwestern simplicity masked a cunning political mind.

In this gem among books on Rutherford B. Hayes, we travel to Philadelphia, where the Centennial Exhibition celebrated America’s industrial might and democratic ideals, and to the nation’s heartland, where Republicans waged a cynical but effective “bloody shirt” campaign to tar the Demo-crats, once again, as the party of disunion and rebellion.

Diary and Letters of Rutherford B. Hayes

Rutherford B. Hayes kept a diary from age twelve to his death at age 70 in 1893. He was one of only three presidents to keep a diary while in office. The edited diaries and letters were published in 1922 as a set of five volumes, The Diary and Letters of Rutherford B. Hayes, Nineteenth President of the United States, edited by Charles Richard Williams (Columbus, Ohio: Ohio State Archaeological and Historical Society, 1922).

If you enjoyed this guide to books on Rutherford B. Hayes, be sure to check out our list of The 10 Best Books on President Thomas Jefferson!