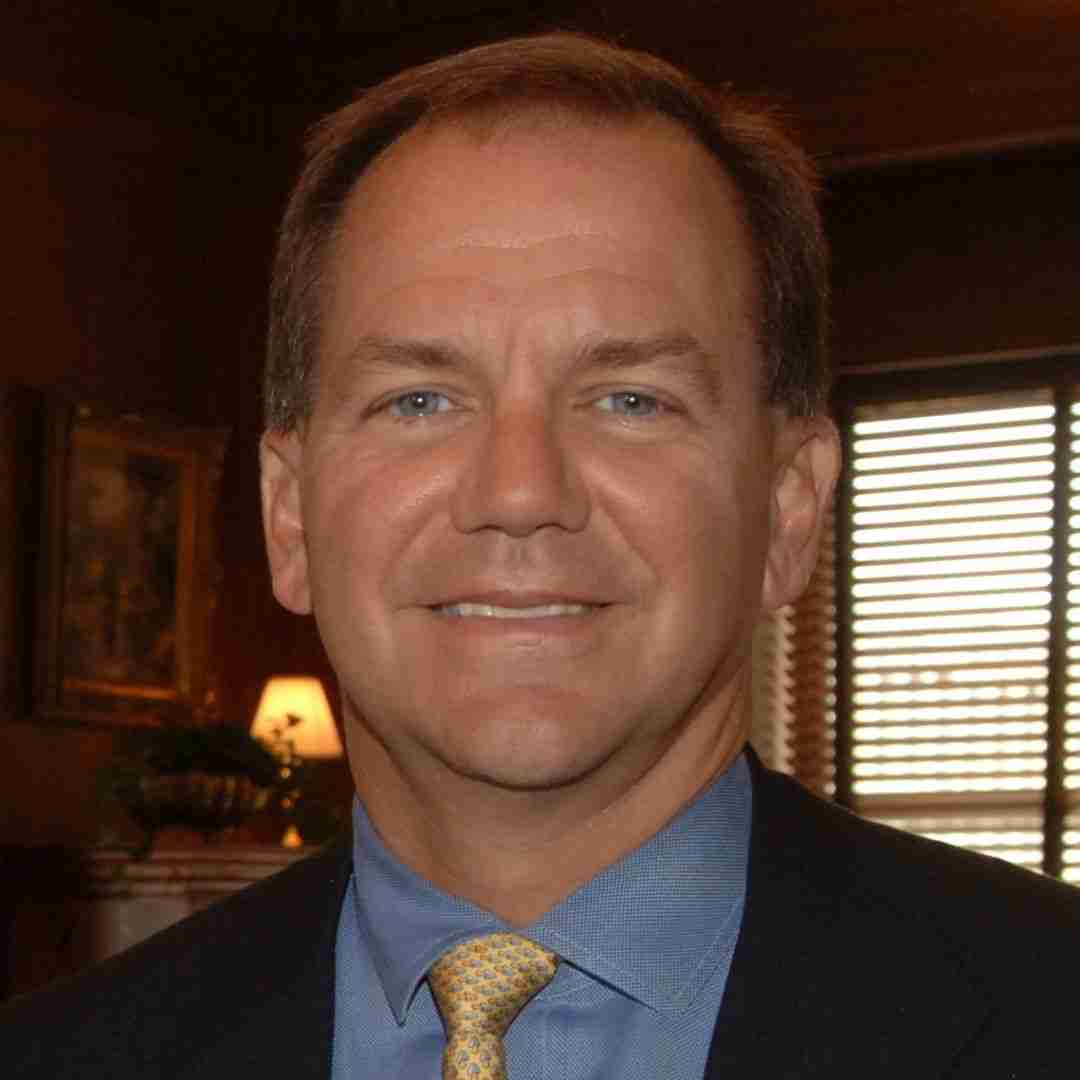 “The secret to being successful from a trading perspective is to have an indefatigable and an undying and unquenchable thirst for information and knowledge,” he says.

Reading has clearly played a profound role in shaping him as a person, and furthermore, this favorite educational activity of his must have had something to do with the spirited – and rewarding for that matter – approach he takes to life.

Therefore, in order to get to the bottom of what inspired a most capable individual to the heights of financial prosperity, we’ve compiled this list of 5 inspirational books Paul Tudor Jones has read himself and would certainly recommend to others as well.

Reminiscences of a Stock Operator by Edwin Lefevre 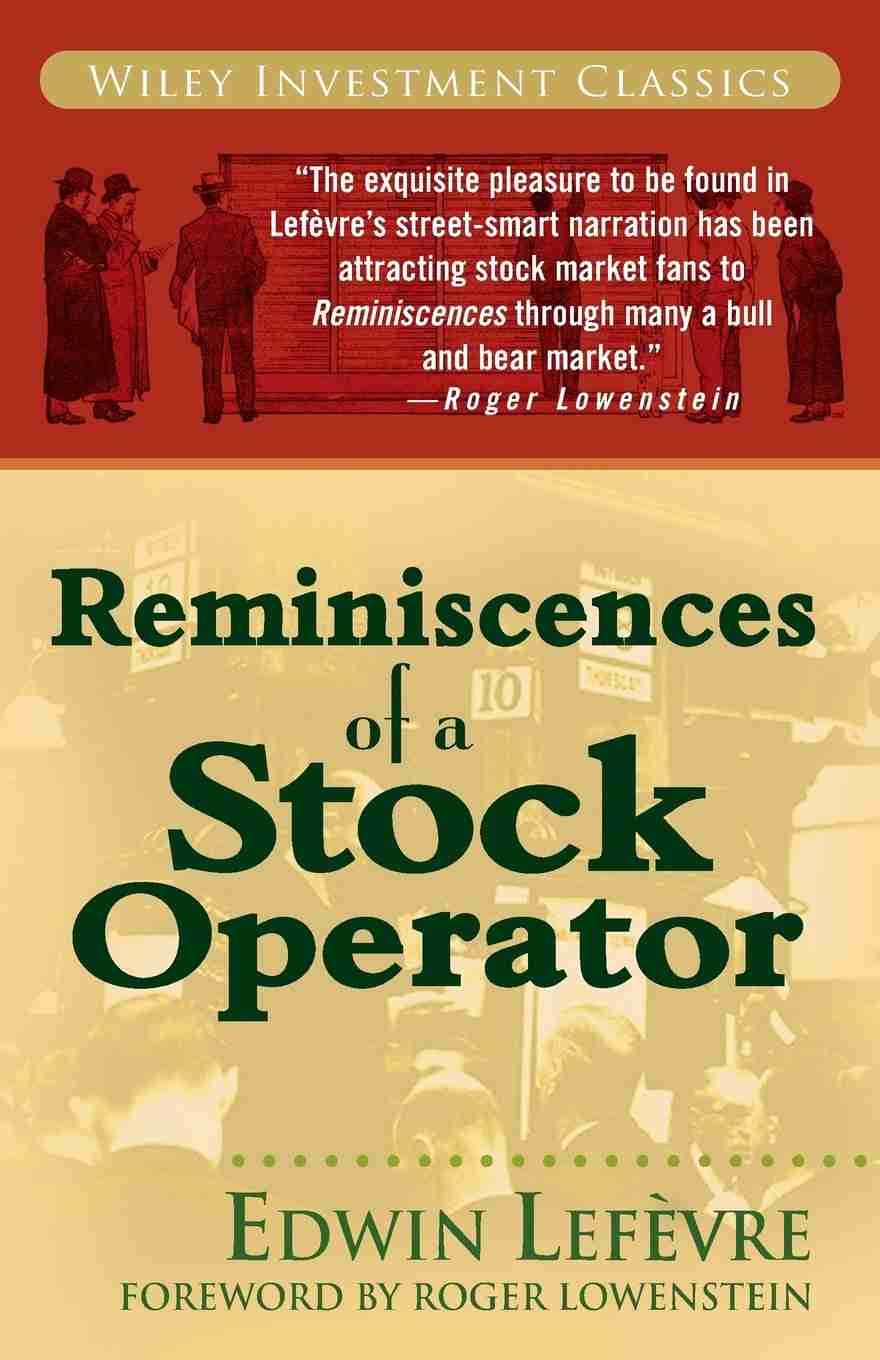 First published in 1923, Reminiscences of a Stock Operator is the most widely read, highly recommended investment book ever. Generations of readers have found that it has more to teach them about markets and people than years of experience. This is a timeless tale that will enrich your life – and your portfolio.

Source: “It is a textbook for trading, I hand a copy to every new trader we have,” Paul Tudor Jones says.

The Dao of Capital by Mark Spitznagel 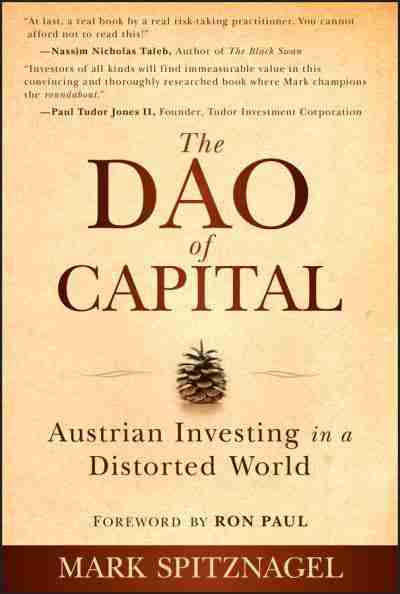 In The Dao of Capital, hedge fund manager and tail-hedging pioneer Mark Spitznagel – with one of the top returns on capital of the financial crisis, as well as over a career – takes us on a gripping, circuitous journey from the Chicago trading pits, over the coniferous boreal forests and canonical strategists from Warring States China to Napoleonic Europe to burgeoning industrial America, to the great economic thinkers of late 19th century Austria.

We arrive at his central investment methodology of Austrian Investing, where victory comes not from waging the immediate decisive battle, but rather from the roundabout approach of seeking the intermediate positional advantage (what he calls shi), of aiming at the indirect means rather than directly at the ends. The monumental challenge is in seeing time differently, in a whole new intertemporal dimension, one that is so contrary to our wiring.

Source: One of the select books Paul Tudor Jones has written an editorial review on, he remarked, “Investors of all kinds will find immeasurable value in this convincing and thoroughly researched book where Mark champions the roundabout. Using thought-provoking examples from both the natural world and the historical world, The Dao of Capital shows how a seemingly difficult immediate loss becomes an advantageous intermediate step for greater future gain, and thus why we must become patient now and strategically impatient later.” 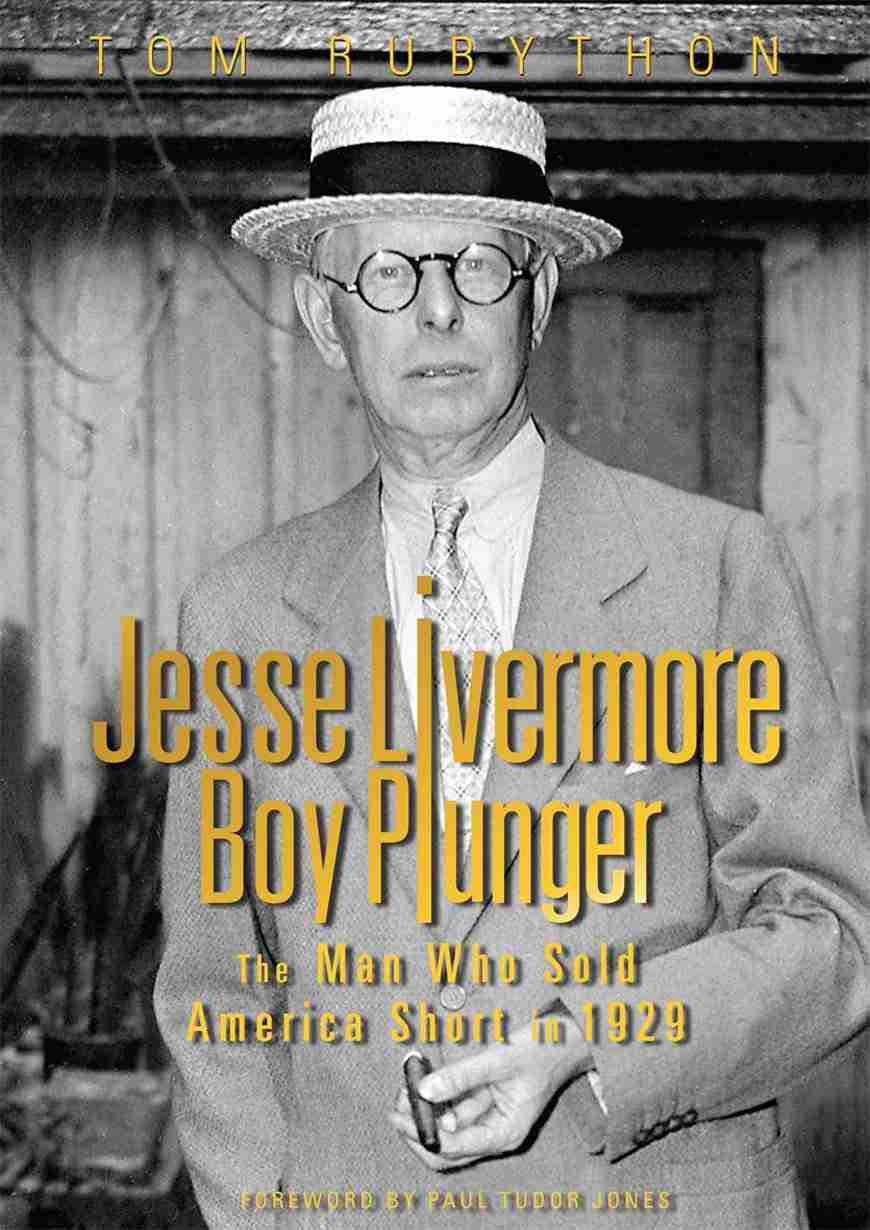 In the summer of 1929 most people believed that the stock market would continue to rise forever. Wall Street was enjoying a eight-year winning run that had seen the Dow Jones increase 1,000 percent from the start of the decade – an unprecedented rise. The Dow peaked at 381 on 3rd September and later that day the most respected economist of the day, Irving Fisher, declared that the rise was “permanent.”

One man vigorously disagreed and sold $300 million worth of shares short. Two weeks later the market began falling and rising again on successive days for no apparent reason. This situation endured for a month until what became famously known as the three “black” days: On Black Thursday 24th October, the Dow fell 11% at the opening bell, prompting absolute chaos. The fall was stalled when leading financiers of the day clubbed together to buy huge quantities of shares. But it was short-lived succor and over that weekend blanket negative newspaper commentary caused the second of the “black” days on Black Monday 26th October when the market dropped another 13%. The third “black” day, Black Tuesday 29th October saw the market drop a further 12%.

When the dust had settled, between the 24th and 29th October, Wall Street had lost $30 billion. Only much later did it become known that the man who had sold short $300 million worth of shares was Jesse Livermore. Livermore had made $100 million and overnight became one of the richest men in the world. It remains, adjusted for inflation, the most money ever made by any individual in a period of seven days. This is the story of that man.

Source: One of the select books Paul Tudor Jones has written an editorial review on, he remarked, “His stories of making millions, were the financial equivalent of ‘sex, drugs and rock ‘n roll’ to a young man at the advent of his financial career.” 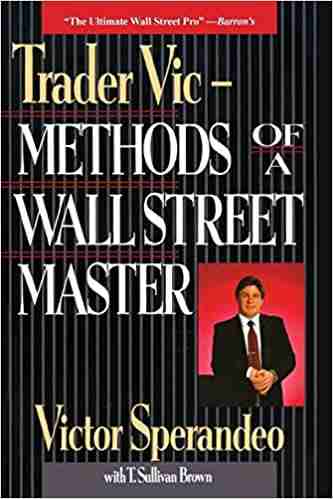 Sperandeo traded in commodities, particularly in the energy and metals sectors. He is renowned for having ‘predicted’ the stock market crash of 1987 during an extensive interview in the September 21 issue of Barron’s; on October 16, one trading session prior to Black Monday, Sperandeo shorted the Dow and made 300% during a day the DJIA fell by over 20%. This book is filled with investment strategies from the man Barron’s once called “The Ultimate Wall Street Pro.”

Source: “Victor Sperandeo is gifted with one of the finest minds I know,” Paul Tudor Jones says. “No wonder he’s compiled such an amazing record of success as a money manager. Every investor can benefit from the wisdom he offers in his new book. Don’t miss it!”

The Alchemy of Finances by George Soros 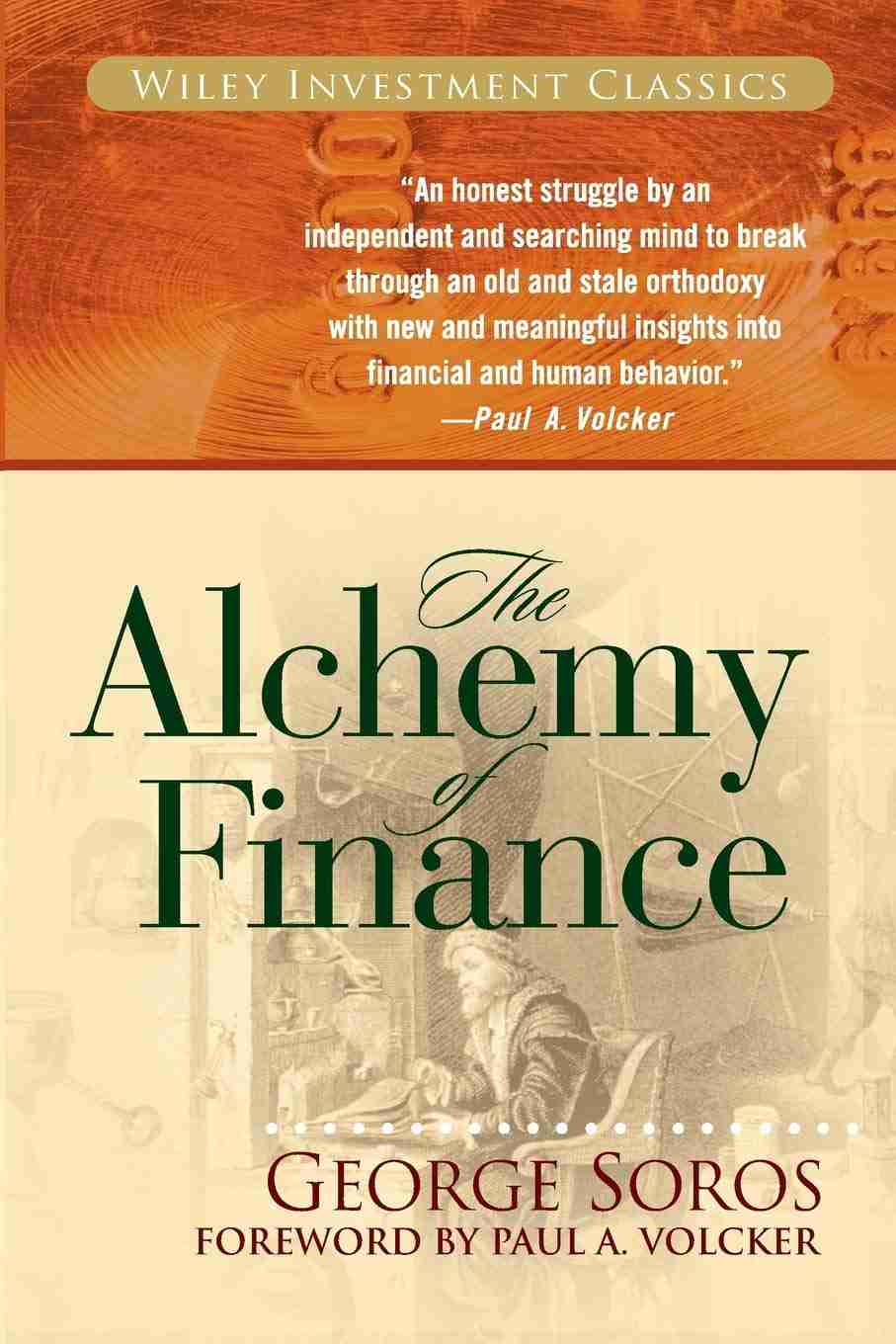 George Soros is unquestionably one of the most powerful and profitable investors in the world today. Dubbed by BusinessWeek as “the Man who Moves Markets,” Soros made a fortune competing with the British pound and remains active today in the global financial community.

Now, in this special edition of the classic investment book, The Alchemy of Finance, Soros presents a theoretical and practical account of current financial trends and a new paradigm by which to understand the financial market today.

This edition’s expanded and revised Introduction details Soros’s innovative investment practices along with his views of the world and world order. He also describes a new paradigm for the “theory of reflexivity” which underlies his unique investment strategies. Filled with expert advice and valuable business lessons, The Alchemy of Finance reveals the timeless principles of an investing legend.

Source: One of the select books Paul Tudor Jones has written an editorial review on, he remarked, “The Alchemy [of Finance] joins Reminiscences of a Stock Operator as a timeless instructional guide of the marketplace.”

If you enjoyed this guide to books Paul Tudor Jones recommends, be sure to check out our list of 20 Inspirational Books Warren Buffett Recommends Reading!