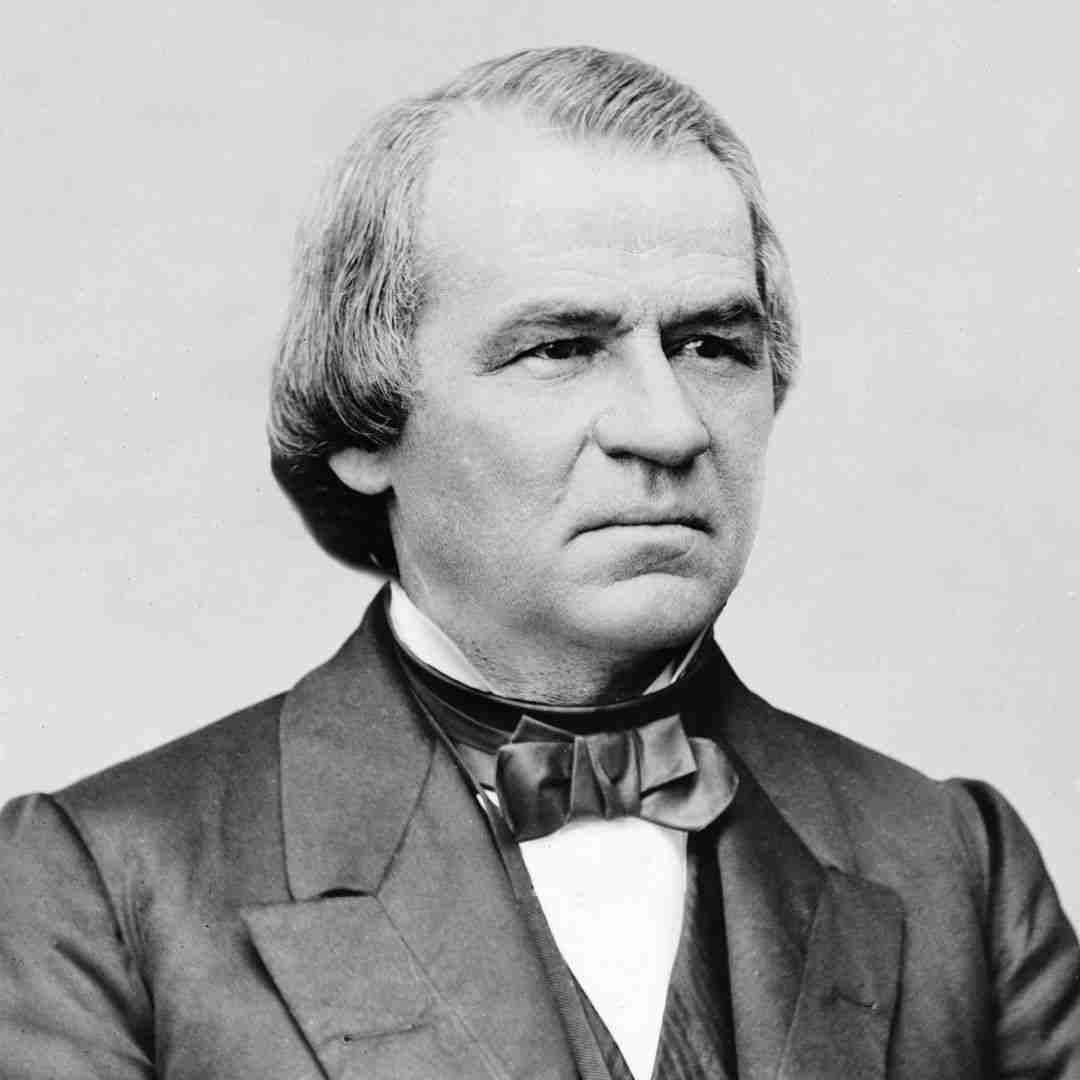 There are numerous books on Andrew Johnson, and it comes with good reason, aside from serving as America’s seventeenth President (1865-1869), he unexpectedly assumed the position at a pivotal moment in history, immediately following the assassination of Abraham Lincoln.

“Legislation can neither be wise nor just which seeks the welfare of a single interest at the expense and to the injury of many and varied interests,” he remarked.

In order to get to the bottom of what inspired one of America’s most consequential figures to the height of political power, we’ve compiled a list of the 5 best books on Andrew Johnson. 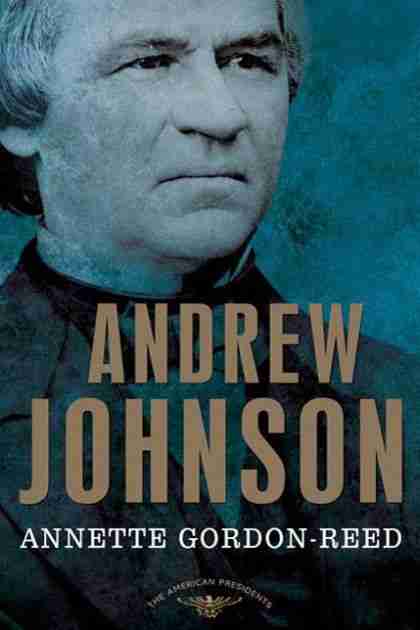 Andrew Johnson never expected to be president. But just six weeks after becoming Abraham Lincoln’s vice president, the events at Ford’s Theatre thrust him into the nation’s highest office.

Johnson faced a nearly impossible task – to succeed America’s greatest chief executive, to bind the nation’s wounds after the Civil War, and to work with a Congress controlled by the so-called Radical Republicans. Annette Gordon-Reed, one of America’s leading historians of slavery, shows how ill-suited Johnson was for this daunting task. His vision of reconciliation abandoned the millions of former slaves (for whom he felt undisguised contempt) and antagonized congressional leaders, who tried to limit his powers and eventually impeached him.

The climax of Johnson’s presidency was his trial in the Senate and his acquittal by a single vote, which Gordon-Reed recounts with drama and palpable tension. Despite his victory, Johnson’s term in office was a crucial missed opportunity; he failed the country at a pivotal moment, leaving America with problems that we are still trying to solve.

The Impeachers by Brenda Wineapple 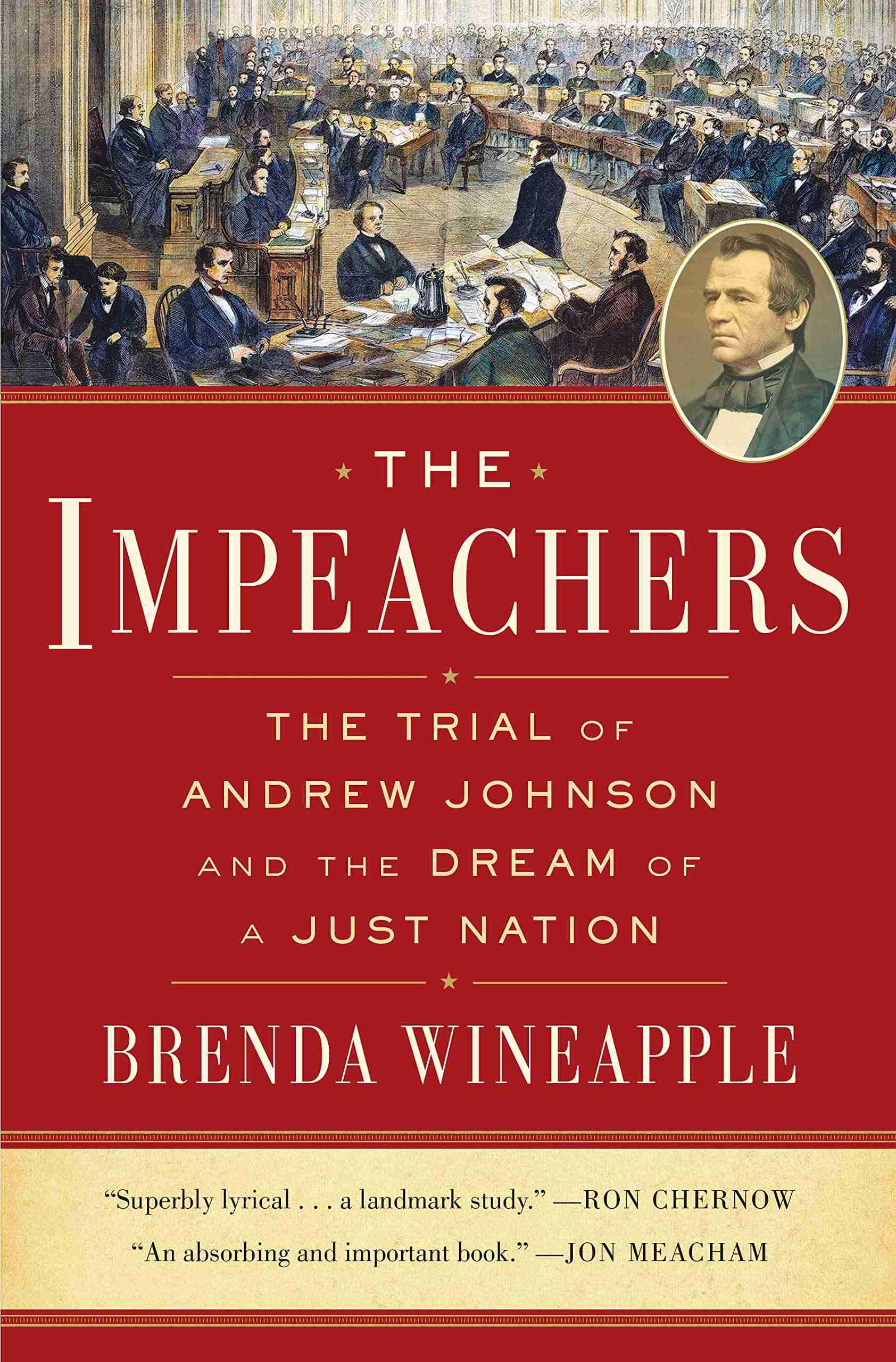 When Abraham Lincoln was assassinated and Vice-President Andrew Johnson became “the Accidental President,” it was a dangerous time in America. Congress was divided over how the Union should be reunited: when and how the secessionist South should regain full status, whether former Confederates should be punished, and when and whether black men should be given the vote.

Devastated by war and resorting to violence, many white Southerners hoped to restore a pre-Civil War society, if without slavery, and the pugnacious Andrew Johnson seemed to share their goals. With the unchecked power of executive orders, Johnson ignored Congress, pardoned rebel leaders, promoted white supremacy, opposed civil rights, and called Reconstruction unnecessary. It fell to Congress to stop the American president who acted like a king.

With profound insights and making use of extensive research, Brenda Wineapple dramatically evokes this pivotal period in American history, when the country was rocked by the first-ever impeachment of a sitting American president. 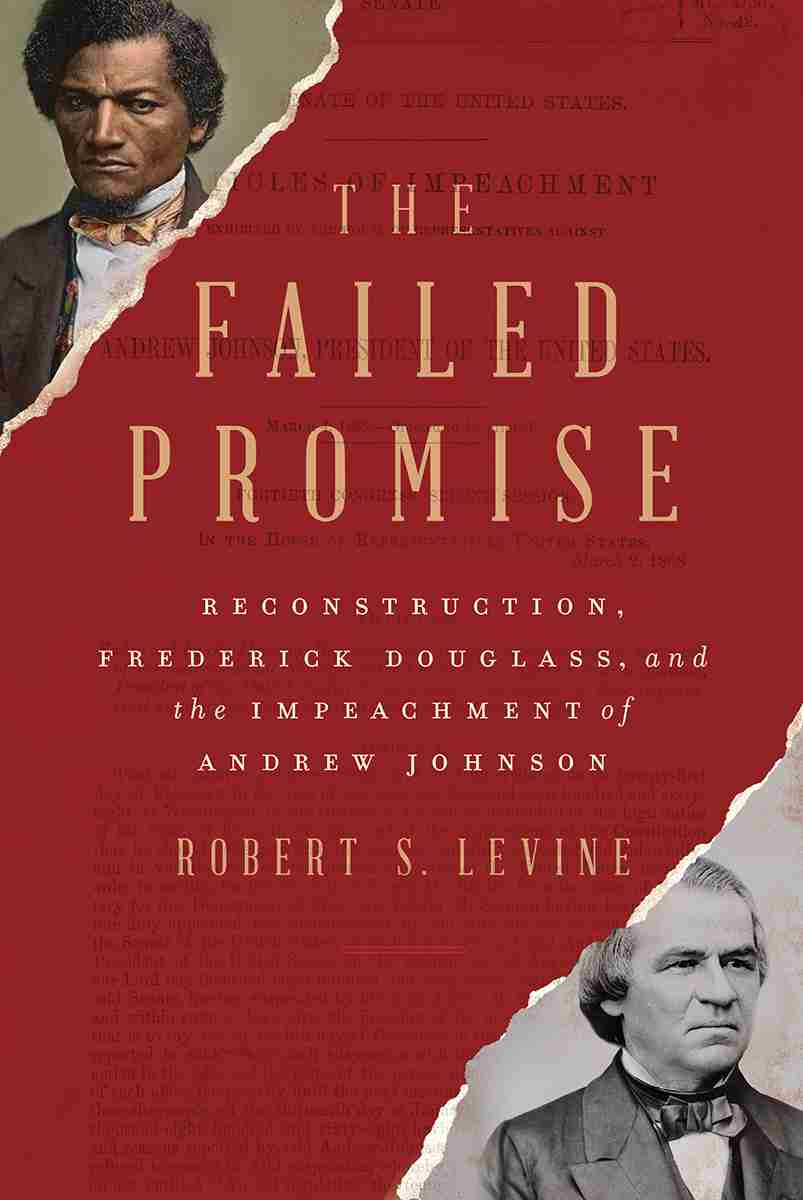 When Andrew Johnson assumed the presidency after Abraham Lincoln’s assassination, the country was on the precipice of radical change. Johnson, seemingly more progressive than Lincoln, looked like the ideal person to lead the country. He had already cast himself as a “Moses” for the Black community, and African Americans were optimistic that he would pursue aggressive federal policies for Black equality.

Despite this early promise, Frederick Douglass, the country’s most influential Black leader, soon grew disillusioned with Johnson’s policies and increasingly doubted the president was sincere in supporting Black citizenship. In a dramatic and pivotal meeting between Johnson and a Black delegation at the White House, the president and Douglass came to verbal blows over the course of Reconstruction.

As he lectured across the country, Douglass continued to attack Johnson’s policies, while raising questions about the Radical Republicans’ hesitancy to grant African Americans the vote. Johnson meanwhile kept his eye on Douglass, eventually making a surprising effort to appoint him to a key position in his administration.

Levine grippingly portrays the conflicts that brought Douglass and the wider Black community to reject Johnson and call for a guilty verdict in his impeachment trial. He brings fresh insight by turning to letters between Douglass and his sons, speeches by Douglass and other major Black figures like Frances E. W. Harper, and articles and letters in the Christian Recorder, the most important African American newspaper of the time. 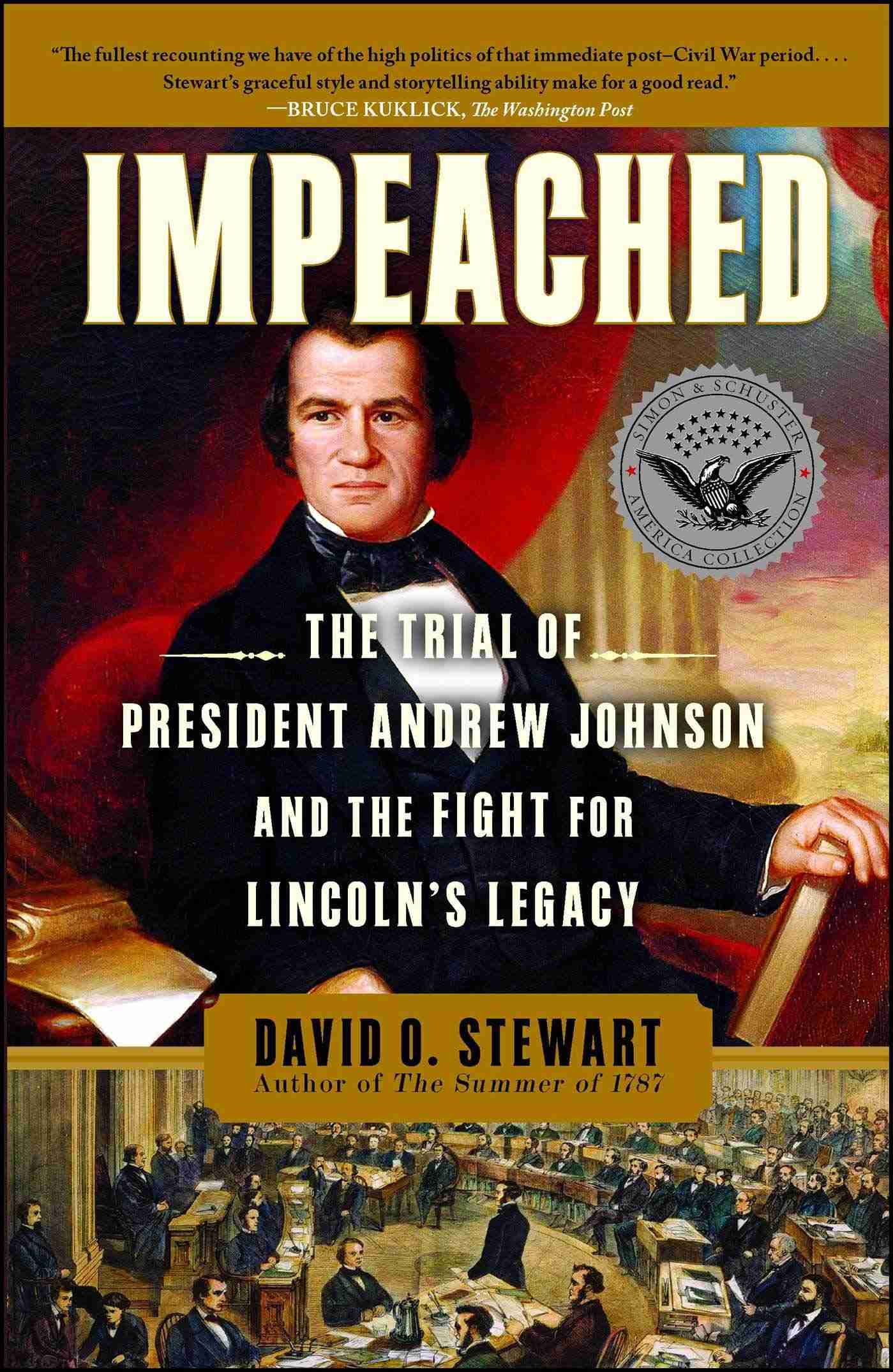 In 1868 Congress impeached President Andrew Johnson of Tennessee, the man who had succeeded the murdered Lincoln, bringing the nation to the brink of a second civil war. Enraged to see the freed slaves abandoned to brutal violence at the hands of their former owners, distraught that former rebels threatened to regain control of Southern state governments, and disgusted by Johnson’s brawling political style, congressional Republicans seized on a legal technicality as the basis for impeachment — whether Johnson had the legal right to fire his own secretary of war, Edwin Stanton.

The Senate trial featured the most brilliant lawyers of the day, along with some of the least scrupulous, while leading political fixers maneuvered in dark corners to save Johnson’s presidency with political deals, promises of patronage jobs, and even cash bribes. Johnson escaped conviction by a single vote.

When the clash between Congress and president threatened to tear the nation apart, the impeachment process substituted legal combat for violent confrontation. Both sides struggled to inject meaning into the baffling requirement that a president be removed only for “high crimes and misdemeanors,” while employing devious courtroom gambits, backstairs spies, and soaring rhetoric. When the dust finally settled, the impeachment process had allowed passions to cool sufficiently for the nation to survive the bitter crisis. 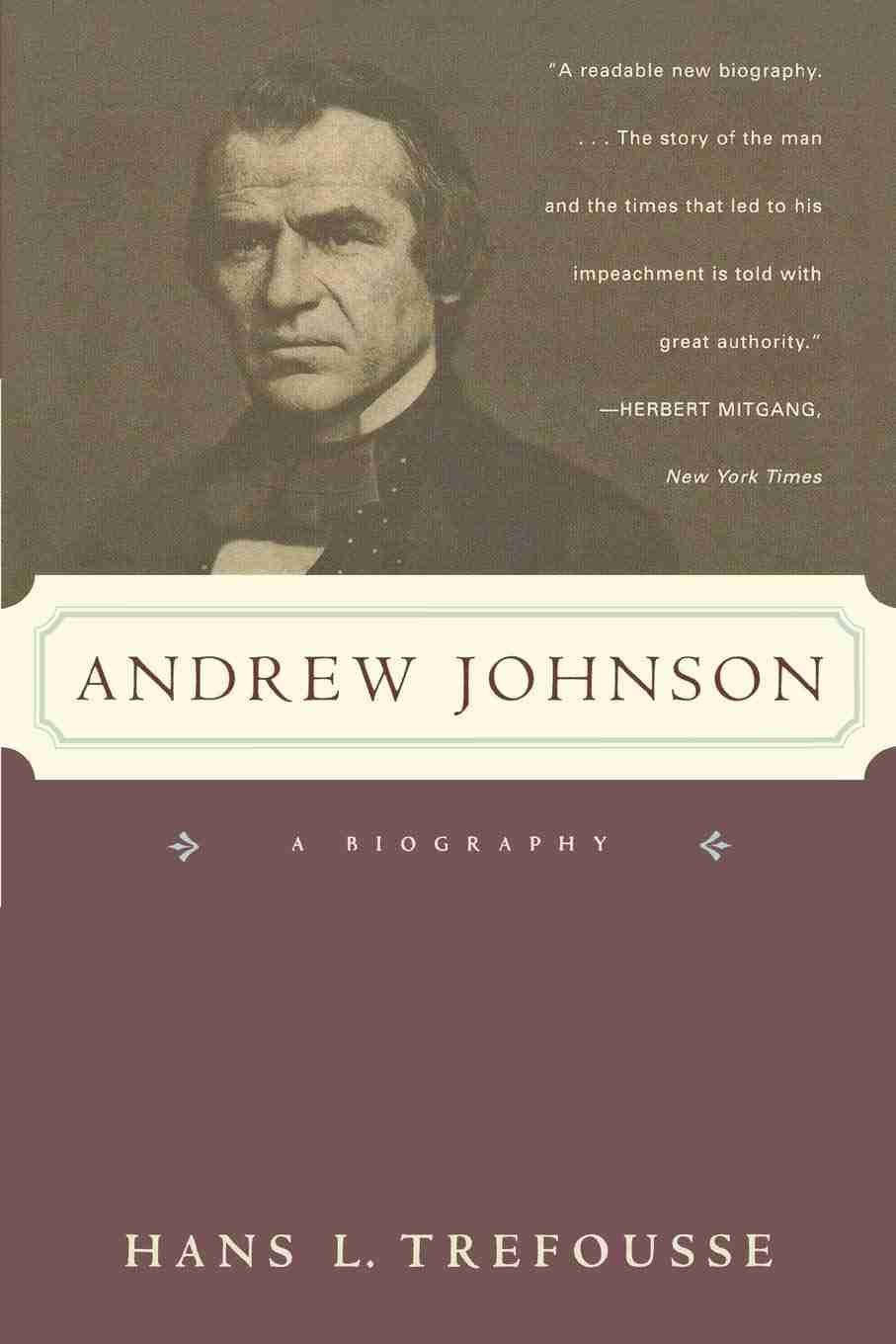 Politically shrewd but fatally unable to adapt to new political realities, Andrew Johnson presided, disastrously, over the tumultuous first years of Reconstruction. In this provocative account, Hans Trefousse gives us “a brilliant, compassionate portrait of a dynamic era of social change and national healing, and of the tragic failure of an American leader” (Library Journal).

If you enjoyed guide to the best books on Andrew Johnson, be sure to check out this list of The 10 Best Books on President Andrew Jackson!