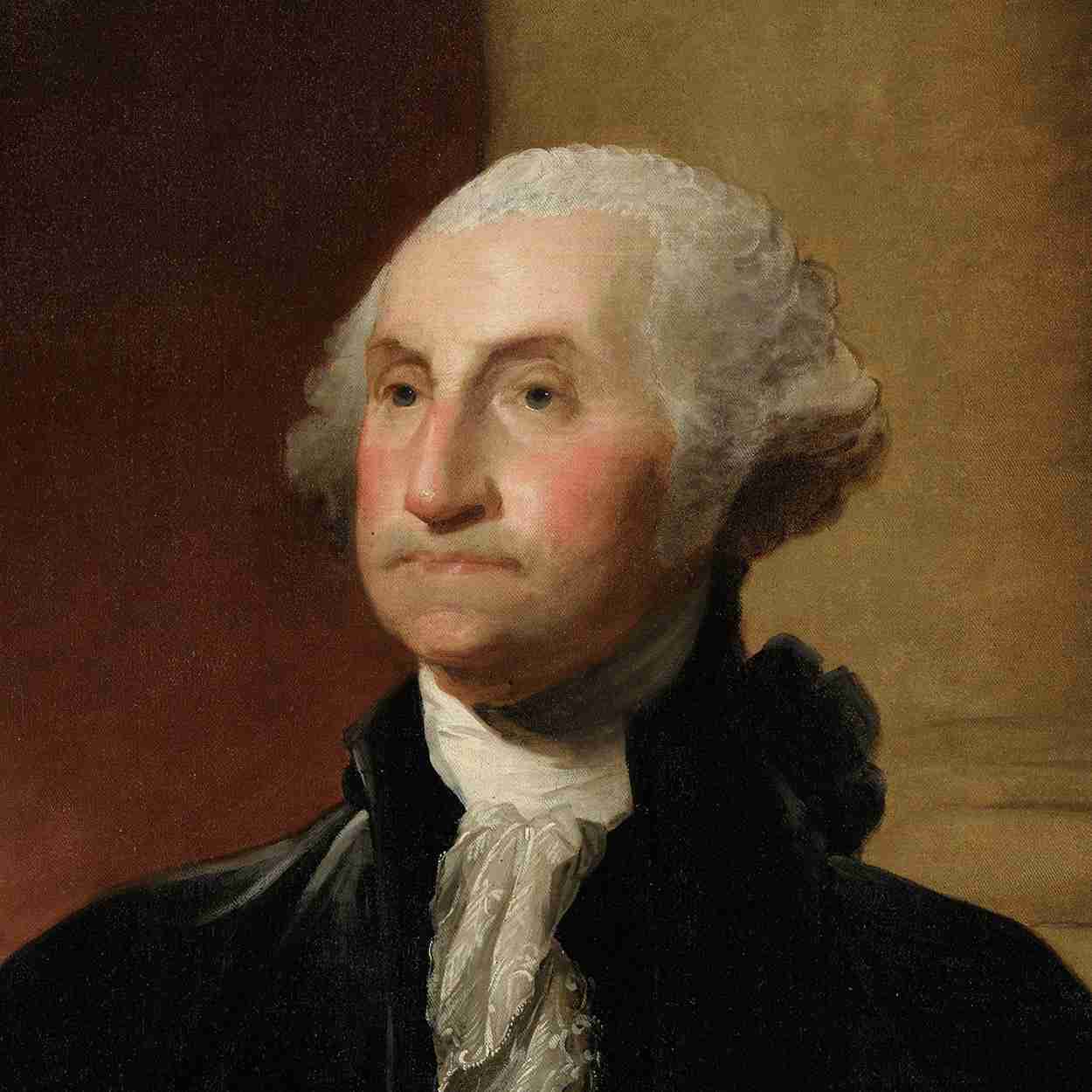 There are countless books on George Washington, and it comes with good reason, beyond serving as America’s first President (1789-1797), he was commander in chief of the Continental Army during the American Revolutionary War.

“There is nothing which can better deserve your patronage, than the promotion of science and literature,” he believed. “Knowledge is in every country the surest basis of public happiness.”

In order to get to the bottom of what inspired one of history’s most consequential figures to the heights of societal contribution, we’ve compiled a list of the 10 best books on George Washington.

Washington: A Life by Ron Chernow 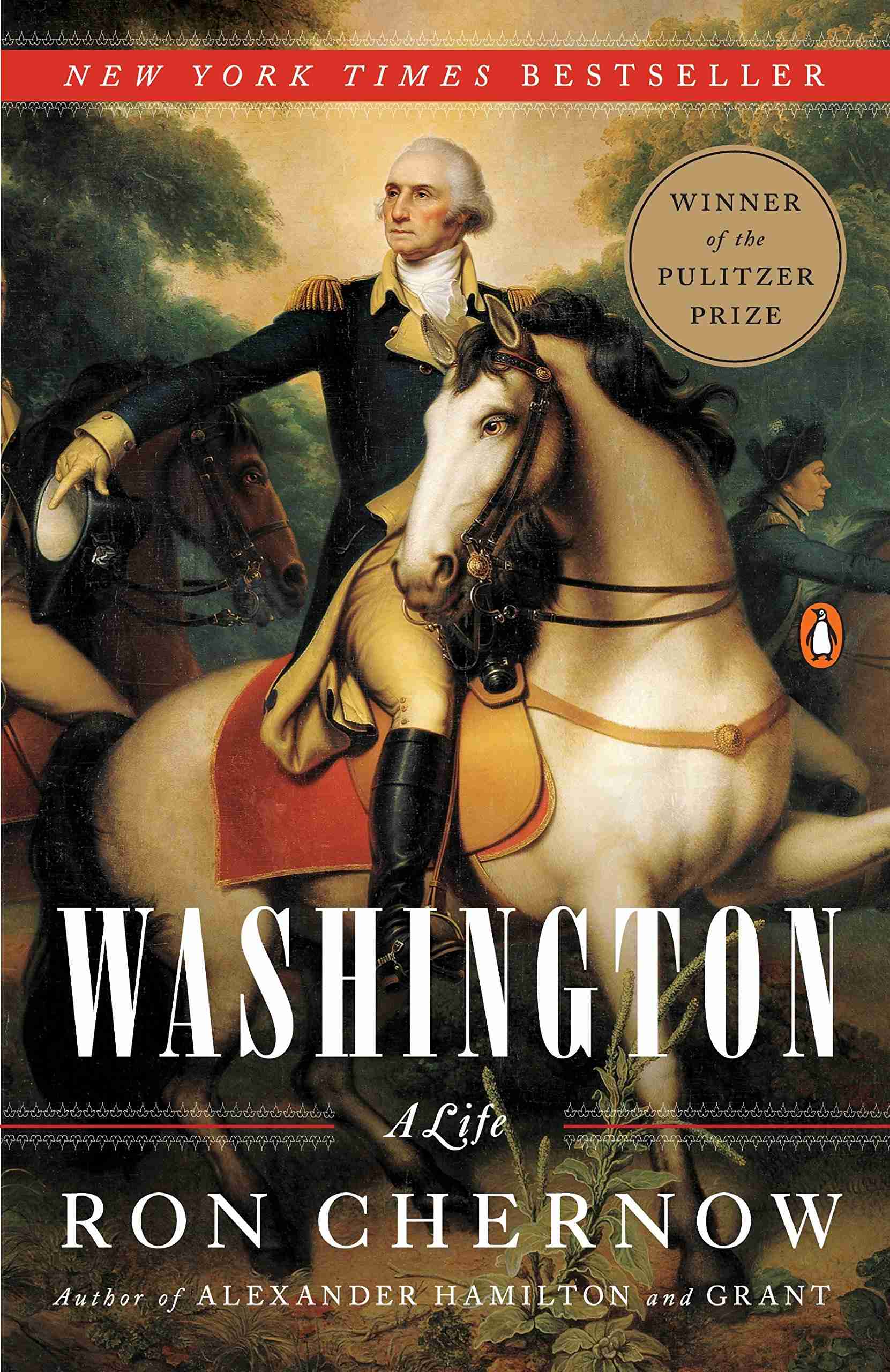 Celebrated biographer Ron Chernow provides a richly nuanced portrait of the father of our nation and the first president of the United States. With a breadth and depth matched by no other one-volume biography of George Washington, this crisply paced narrative carries the reader through his adventurous early years, his heroic exploits with the Continental Army during the Revolutionary War, his presiding over the Constitutional Convention, and his magnificent performance as America’s first president. 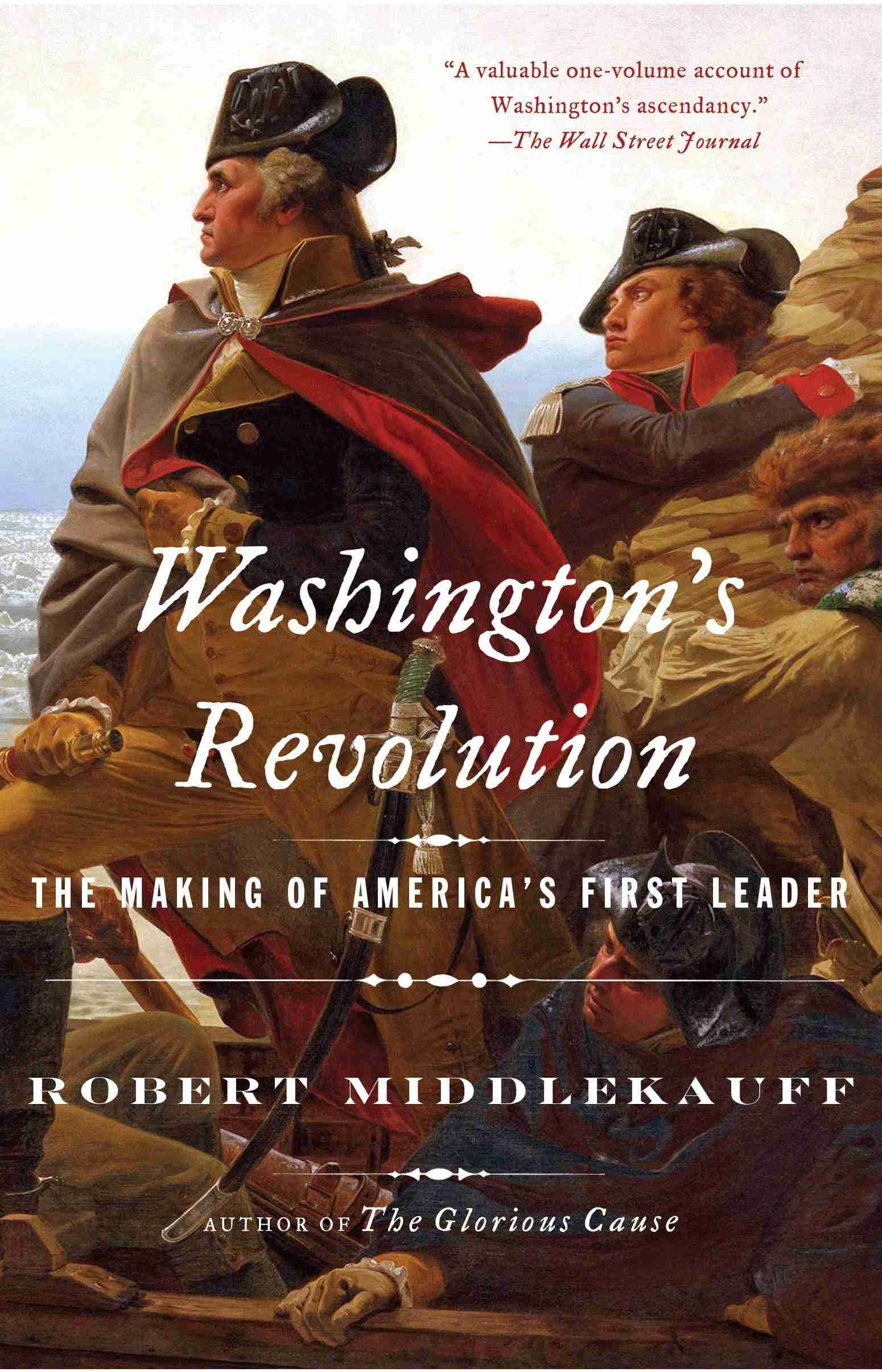 Focusing on Washington’s early years, Bancroft Prize winner and Pulitzer Prize finalist Robert Middlekauff penetrates his mystique, revealing his all-too-human fears, values, and passions. Rich in psychological detail regarding Washington’s temperament, idiosyncrasies, and experiences, this book shows a self-conscious Washington who grew in confidence and experience as a young soldier, businessman, and Virginia gentleman, and who was transformed into a patriot by the revolutionary ferment of the 1760s and ’70s.

Middlekauff makes clear that Washington was at the heart of not just the revolution’s course and outcome but also the success of the nation it produced. This vivid, insightful new account of the formative years that shaped a callow George Washington into an extraordinary leader is an indispensable book for truly understanding one of America’s great figures.

After leading the Continental Army to victory in the Revolutionary War, George Washington shocked the world: he retired. In December 1783, General Washington, the most powerful man in the country, stepped down as Commander in Chief and returned to private life at Mount Vernon. Yet as Washington contentedly grew his estate, the fledgling American experiment floundered. Under the Articles of Confederation, the weak central government was unable to raise revenue to pay its debts or reach a consensus on national policy.

The states bickered and grew apart. When a Constitutional Convention was established to address these problems, its chances of success were slim. Jefferson, Madison, and the other Founding Fathers realized that only one man could unite the fractious states: George Washington. Reluctant, but duty-bound, Washington rode to Philadelphia in the summer of 1787 to preside over the Convention.

Although Washington is often overlooked in most accounts of the period, this masterful new history from Pulitzer Prize-winner Edward J. Larson brilliantly uncovers Washington’s vital role in shaping the Convention – and shows how it was only with Washington’s support and his willingness to serve as President that the states were brought together and ratified the Constitution, thereby saving the country. 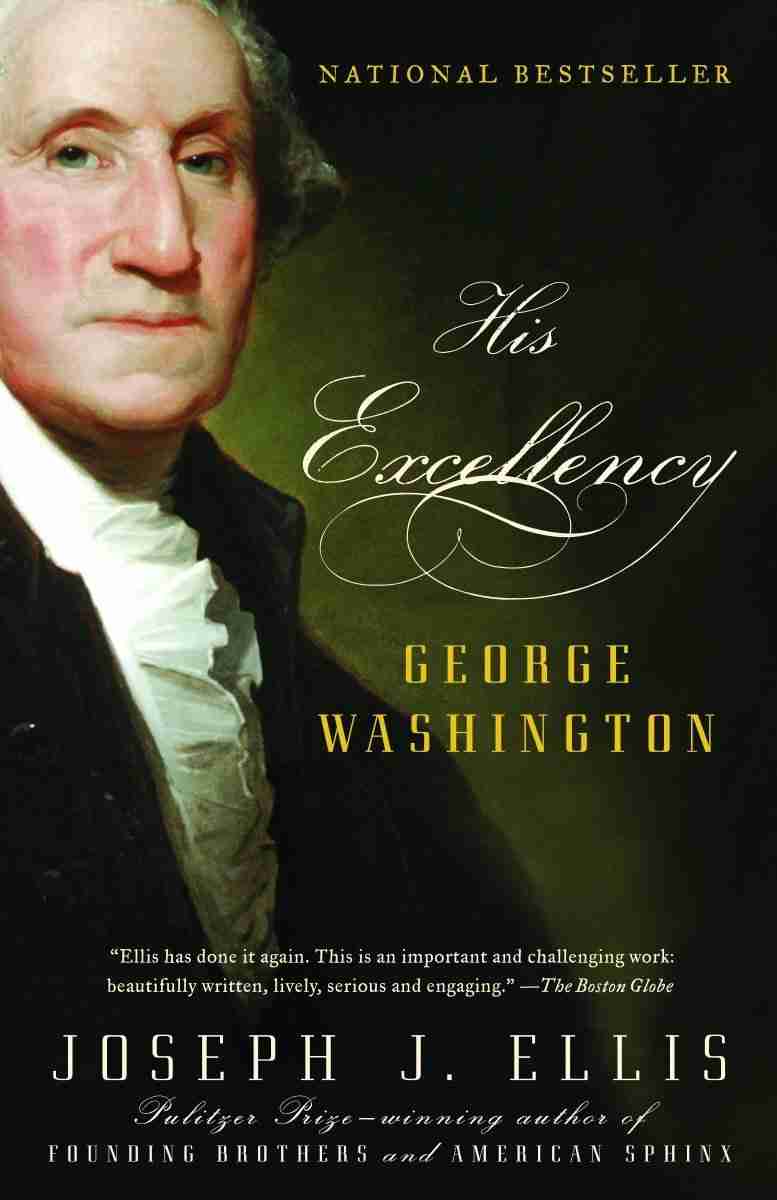 To this landmark biography of our first president, Joseph J. Ellis brings the exacting scholarship, shrewd analysis, and lyric prose that have made him one of the premier historians of the Revolutionary era. Training his lens on a figure who sometimes seems as remote as his effigy on Mount Rushmore, Ellis assesses George Washington as a military and political leader and a man whose “statue-like solidity” concealed volcanic energies and emotions.

Here is the impetuous young officer whose miraculous survival in combat half-convinced him that he could not be killed. Here is the free-spending landowner whose debts to English merchants instilled him with a prickly resentment of imperial power. We see the general who lost more battles than he won and the reluctant president who tried to float above the partisan feuding of his cabinet. 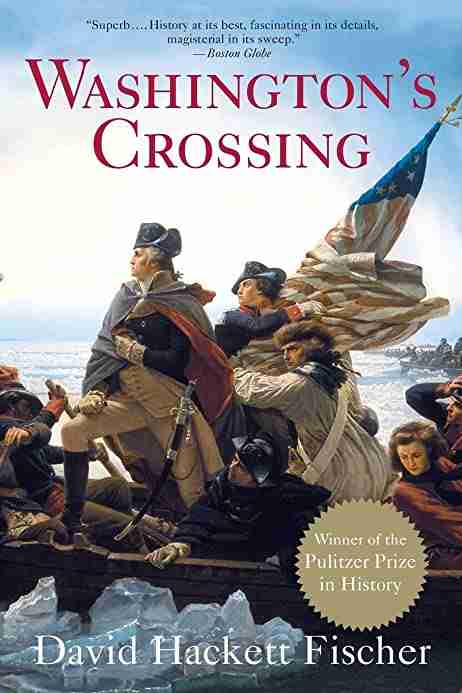 Six months after the Declaration of Independence, the American Revolution was all but lost. A powerful British force had routed the Americans at New York, occupied three colonies, and advanced within sight of Philadelphia.

Yet, as David Hackett Fischer recounts in this riveting history, George Washington and many other Americans refused to let the Revolution die. On Christmas night, as a howling nor’easter struck the Delaware Valley, he led his men across the river and attacked the exhausted Hessian garrison at Trenton, killing or capturing nearly a thousand men. A second battle of Trenton followed within days.

The Americans held off a counterattack by Lord Cornwallis’s best troops, then were almost trapped by the British force. Under cover of night, Washington’s men stole behind the enemy and struck them again, defeating a brigade at Princeton. The British were badly shaken. In twelve weeks of winter fighting, their army suffered severe damage, their hold on New Jersey was broken, and their strategy was ruined.

This gem among books on George Washington reveals the crucial role of contingency in these events. We see how the campaign unfolded in a sequence of difficult choices by many actors, from generals to civilians, on both sides. 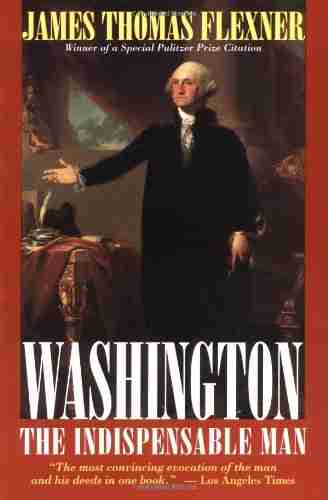 After more than two decades, this dramatic and concise single-volume distillation of James Thomas Flexner’s definitive four-volume biography of George Washington, which received a Pulitzer Prize citation and a National Book Award for the fourth volume, has itself become an American classic.

The author unflinchingly paints a portrait of Washington: slave owner, brave leader, man of passion, reluctant politician, and fierce general. His complex character and career are neither glorified nor vilified here; rather, Flexner sets up a brilliant counterpoint between Washington’s public and private lives and gives us a challenging look at the man who has become as much a national symbol as the American flag.

An Imperfect God by Henry Wiencek 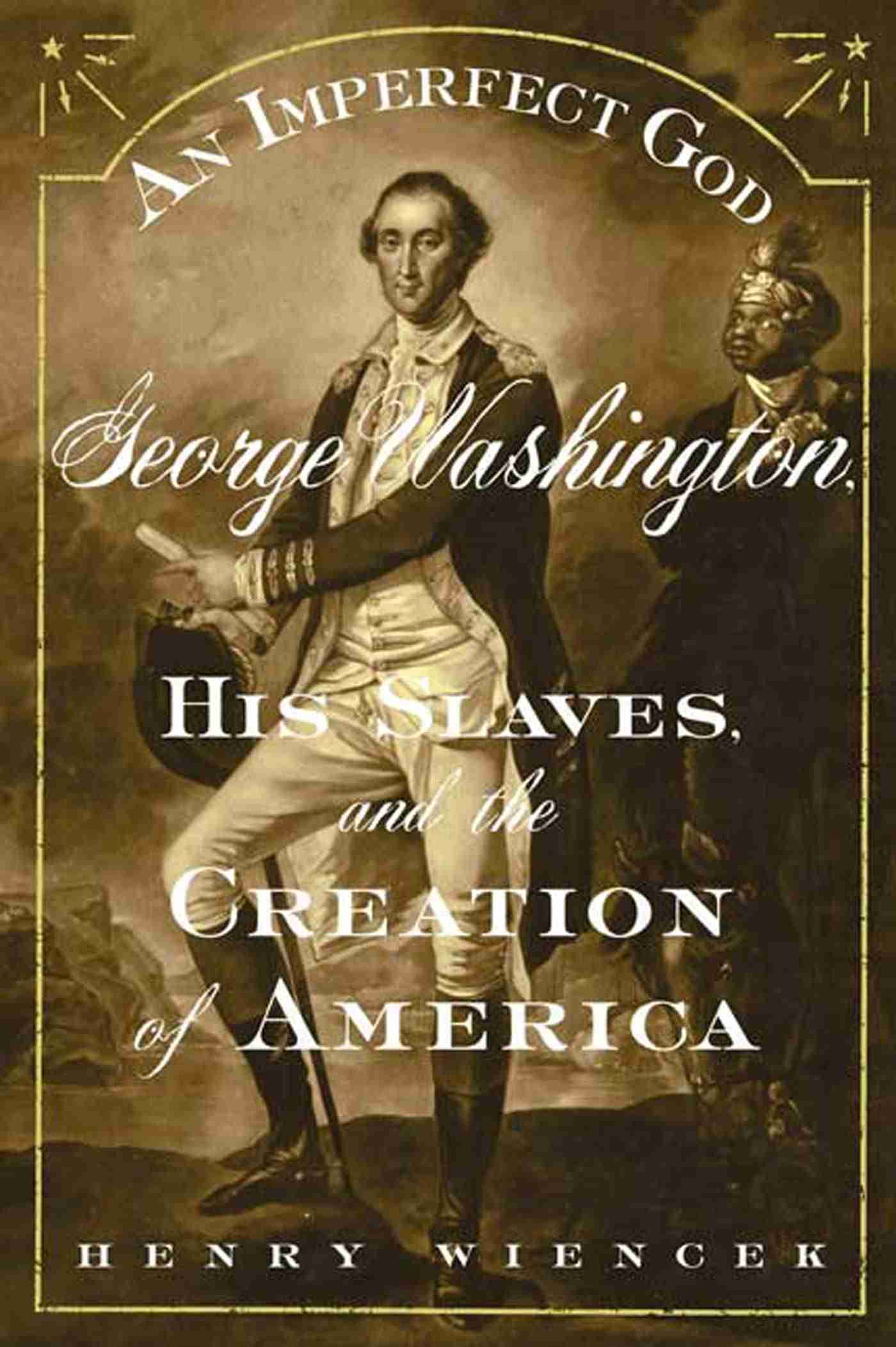 When George Washington wrote his will, he made the startling decision to set his slaves free; earlier he had said that holding slaves was his “only unavoidable subject of regret.” In this groundbreaking work, Henry Wiencek explores the founding father’s engagement with slavery at every stage of his life – as a Virginia planter, soldier, politician, president and statesman.

Washington was born and raised among blacks and mixed-race people; he and his wife had blood ties to the slave community. Yet as a young man he bought and sold slaves without scruple, even raffled off children to collect debts (an incident ignored by earlier biographers). Then, on the Revolutionary battlefields where he commanded both black and white troops, Washington’s attitudes began to change. He and the other framers enshrined slavery in the Constitution, but, Wiencek shows, even before he became president Washington had begun to see the system’s evil.

Wiencek’s revelatory narrative, based on a meticulous examination of private papers, court records, and the voluminous Washington archives, documents for the first time the moral transformation culminating in Washington’s determination to emancipate his slaves. He acted too late to keep the new republic from perpetuating slavery, but his repentance was genuine.

George Washington’s heroic stature as Father of Our Country is not diminished in this superb, nuanced portrait: now we see Washington in full as a man of his time and ahead of his time. 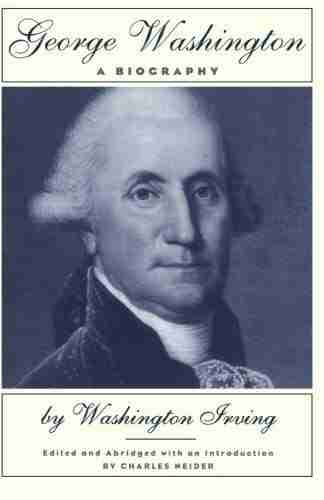 Washington Irving’s Life of George Washington (published in five volumes in 1856-59) was the product of his last years and remains his most personal work. Christened with the name of the great general, Irving was blessed by Washington while still a boy of seven, and later came to know many of the prominent figures of the Revolution. In these pages he describes them using firsthand source material and observation. The result is a book which is fascinating not only for its subject (the American Revolution), but also for how it reveals in illuminating detail the personality and humanity of a now remote, towering icon.

But one cannot read Irving’s Life without marveling at the supreme art behind it, for his biography is foremost a work of literature. Charles Neider’s abridgment and editing of Irving’s long out-of-print classic has created a literary work comparable in importance and elegance to the original. George Washington, A Biography, Neider’s title for his edition of Irving’s Life, makes the work accessible to modern audiences. 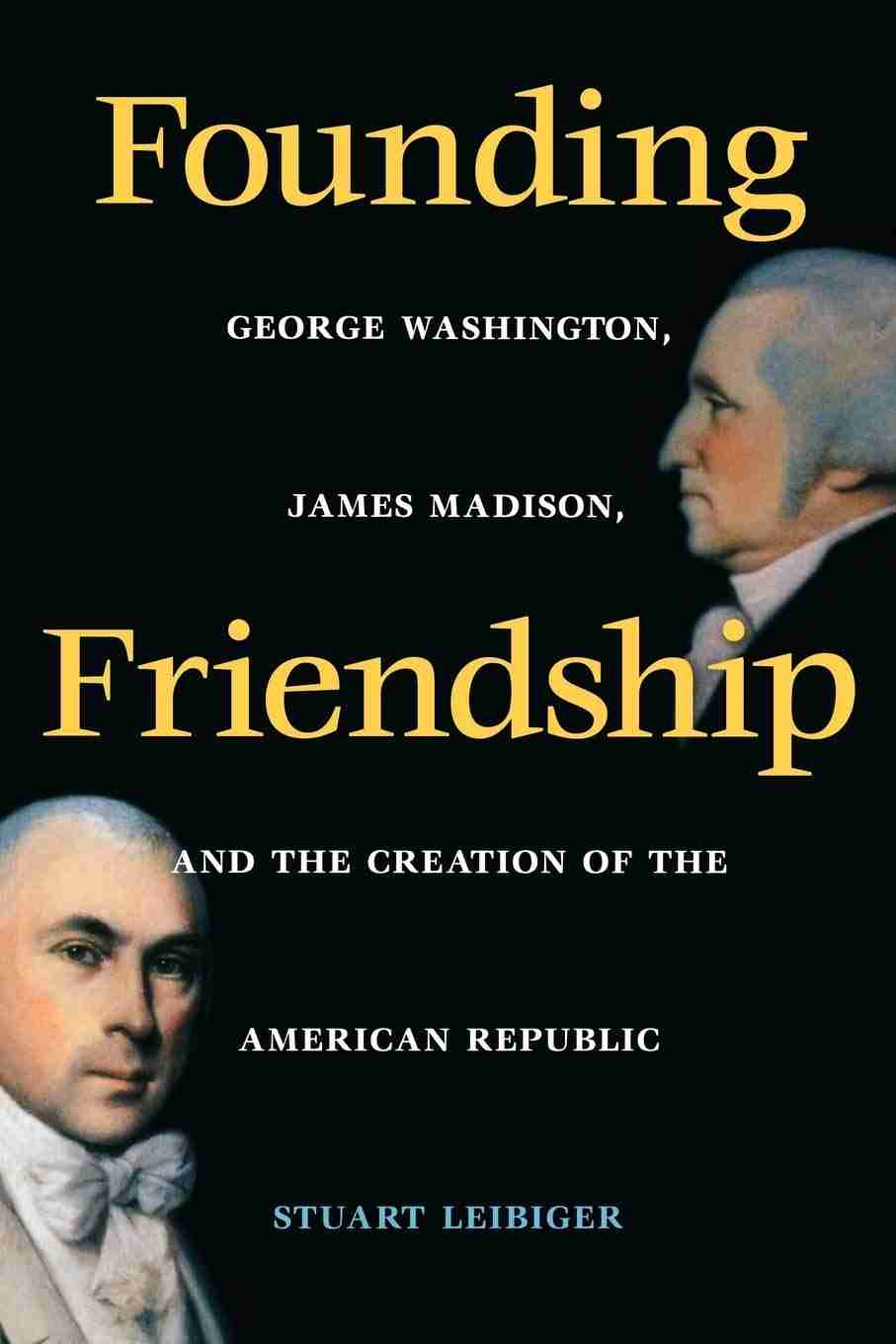 Although the friendship between George Washington and James Madison was eclipsed in the early 1790s by the alliances of Madison with Jefferson and Washington with Hamilton, their collaboration remains central to the constitutional revolution that launched the American experiment in republican government. Washington relied heavily on Madison’s advice, pen, and legislative skill, while Madison found Washington’s prestige indispensable for achieving his goals for the new nation.

Observing these two founding fathers in light of their special relationship, this gem among books on George Washington argues against a series of misconceptions about the men. Madison emerges as neither a strong nationalist of the Hamiltonian variety nor a political consolidationist; he did not retreat from nationalism to states’ rights in the 1790s, as other historians have charged. Washington, far from being a majestic figurehead, exhibits a strong constitutional vision and firm control of his administration. 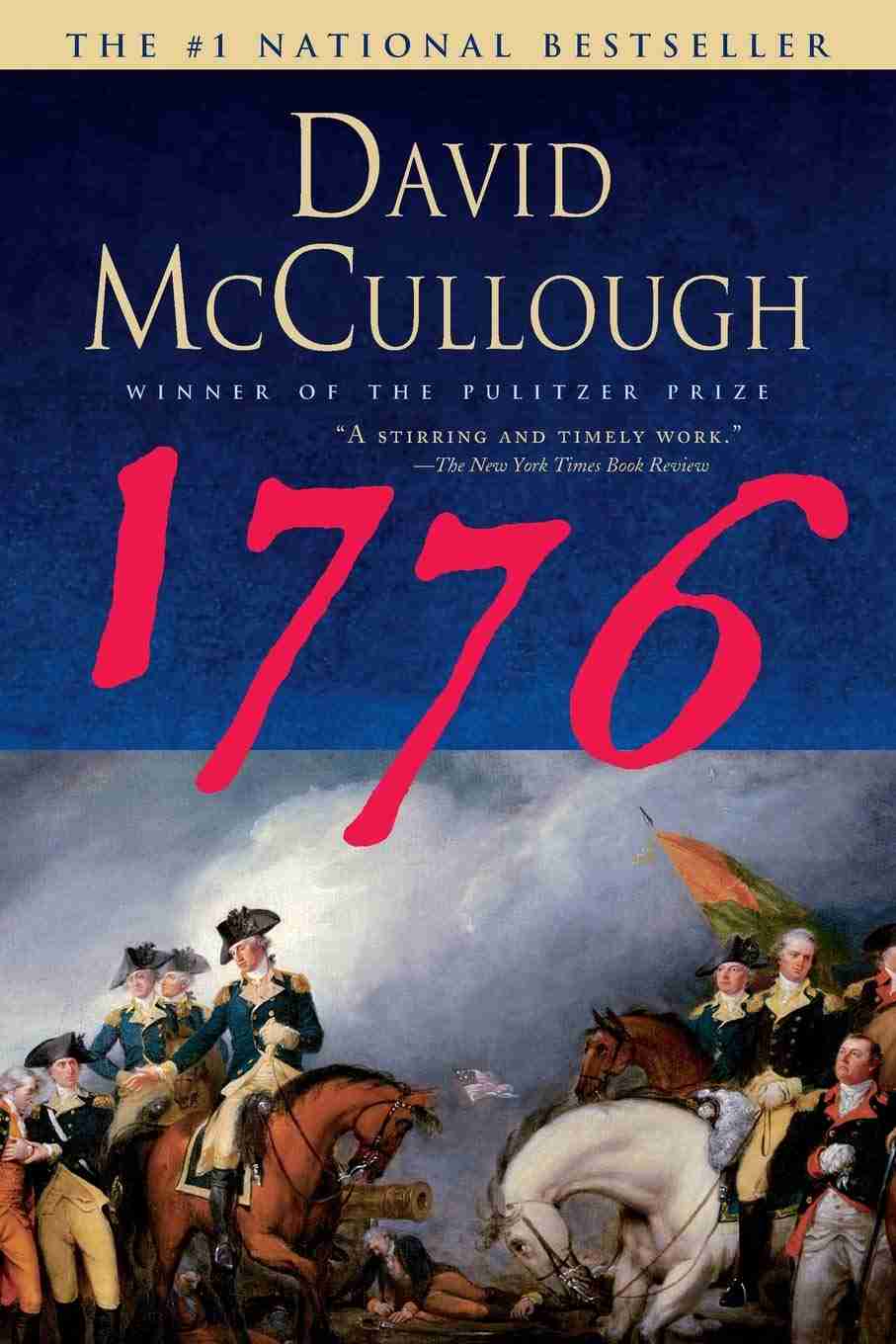 In this masterful book, David McCullough tells the intensely human story of those who marched with General George Washington in the year of the Declaration of Independence – when the whole American cause was riding on their success, without which all hope for independence would have been dashed and the noble ideals of the Declaration would have amounted to little more than words on paper.

Based on extensive research in both American and British archives, 1776 is a powerful drama written with extraordinary narrative vitality. It is the story of Americans in the ranks, men of every shape, size, and color, farmers, schoolteachers, shoemakers, no-accounts, and mere boys turned soldiers. And it is the story of the King’s men, the British commander, William Howe, and his highly disciplined redcoats who looked on their rebel foes with contempt and fought with a valor too little known.

If you enjoyed this guide to books on George Washington, be sure to check out our list of The 10 Best Books on President John Adams!