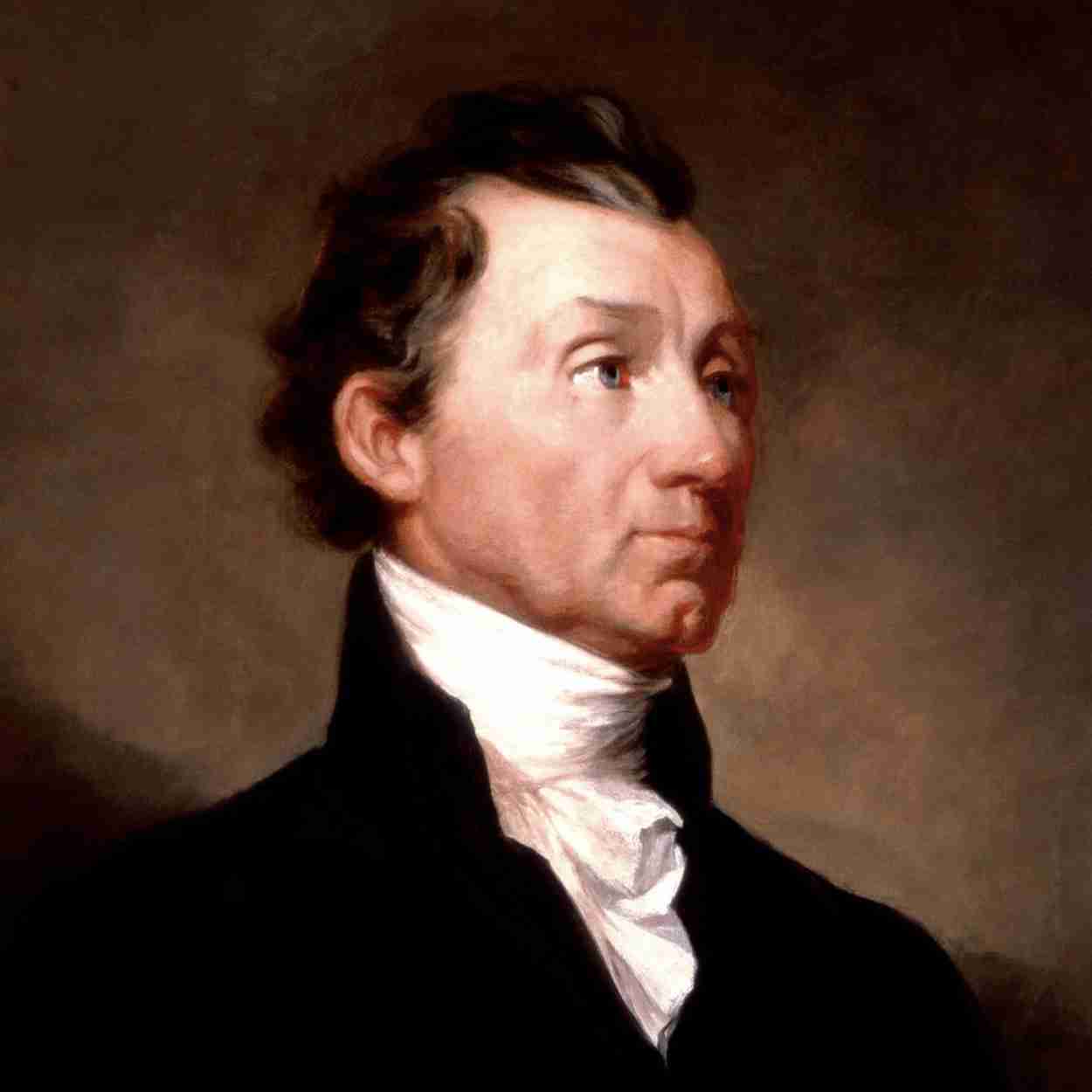 There are many books on James Monroe, and it comes with good reason, while serving as America’s fifth President (1817-1825), he helped negotiate the Louisiana Purchase and established what was eventually dubbed the Monroe Doctrine, a principle of United States policy that any intervention by external powers in the politics of the Americas is a potentially hostile act against the United States.

“It is only when the people become ignorant and corrupt, when they degenerate into a populace, that they are incapable of exercising the sovereignty. Usurpation is then an easy attainment, and an usurper soon found. The people themselves become the willing instruments of their own debasement and ruin,” he acknowledges. “Let us, then, look to the great cause, and endeavor to preserve it in full force. Let us by all wise and constitutional measures promote intelligence among the people as the best means of preserving our liberties.”

In order to get to the bottom of what inspired one of America’s most consequential figures to the height of political power, we’ve compiled a list of the 5 best books on James Monroe. 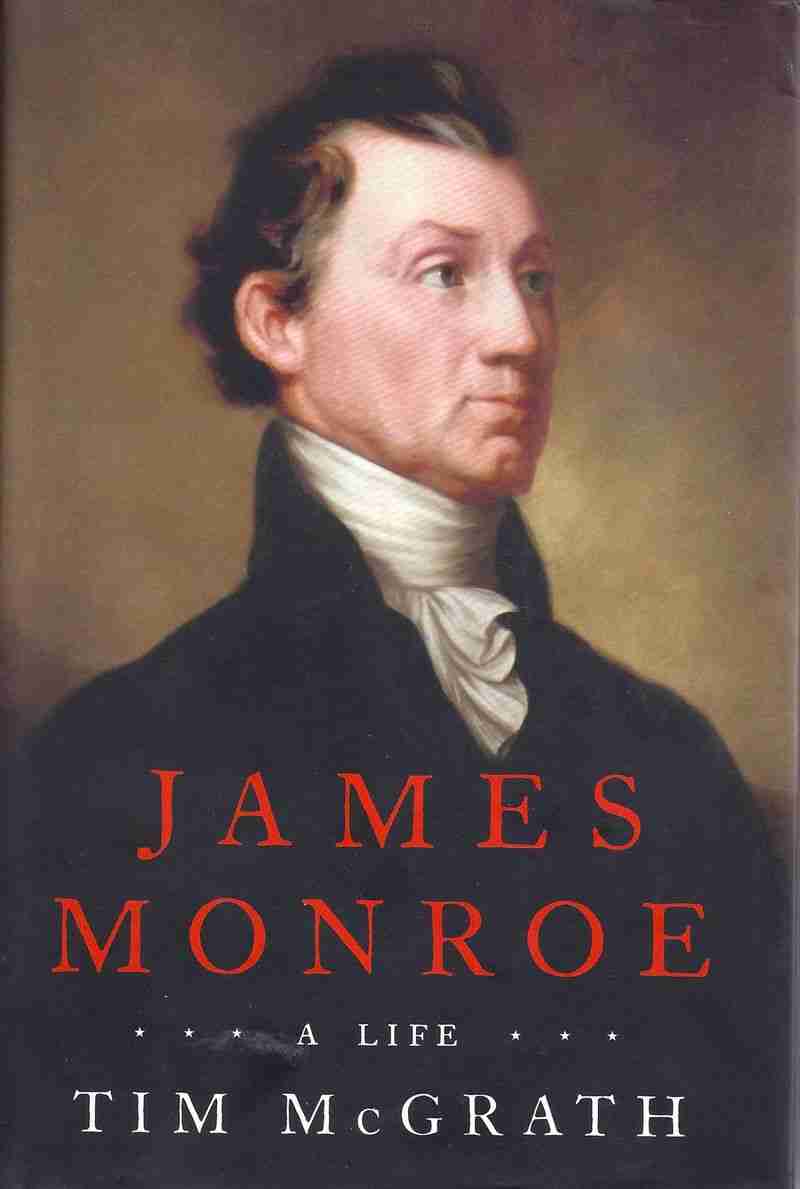 Monroe lived a life defined by revolutions. From the battlefields of the War for Independence, to his ambassadorship in Paris in the days of the guillotine, to his own role in the creation of Congress’s partisan divide, he was a man who embodied the restless spirit of the age. He was never one to back down from a fight, whether it be with Alexander Hamilton, with whom he nearly engaged in a duel (prevented, ironically, by Aaron Burr), or George Washington, his hero turned political opponent.

This magnificent new biography vividly re-creates the epic sweep of Monroe’s life: his near-death wounding at Trenton and a brutal winter at Valley Forge; his pivotal negotiations with France over the Louisiana Purchase; his deep, complex friendships with Thomas Jefferson and James Madison; his valiant leadership when the British ransacked the nation’s capital and burned down the Executive Mansion; and Monroe’s lifelong struggle to reckon with his own complicity in slavery. 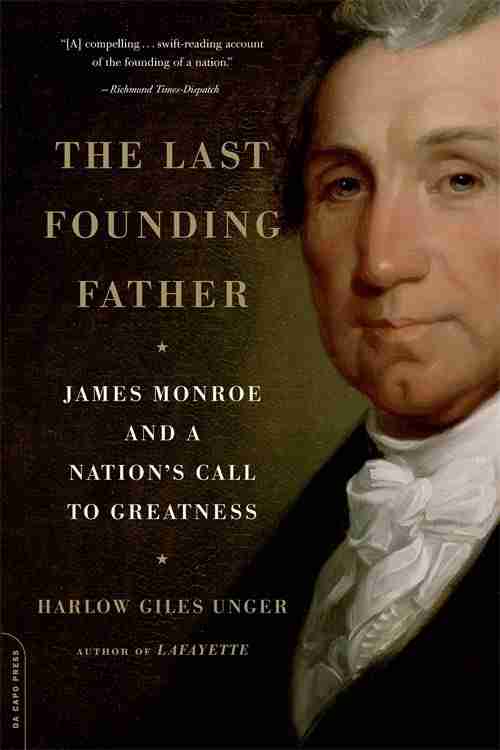 Decorated by George Washington for his exploits as a soldier, Monroe became a congressman, a senator, U.S. minister to France and Britain, governor of Virginia, secretary of state, secretary of war, and finally America’s fifth president. The country embraced Monroe’s dreams of empire and elected him to two terms, the second time unanimously. Mentored by each of America’s first four presidents, Monroe was unquestionably the best-prepared president in our history.

In this compelling biography, award-winning author Harlow Giles Unger reveals the epic story of James Monroe (1758-1831) – the last of America’s Founding Fathers – who transformed a small, fragile nation beset by enemies into a powerful empire stretching “from sea to shining sea.”

The Monroe Doctrine by Jay Sexton 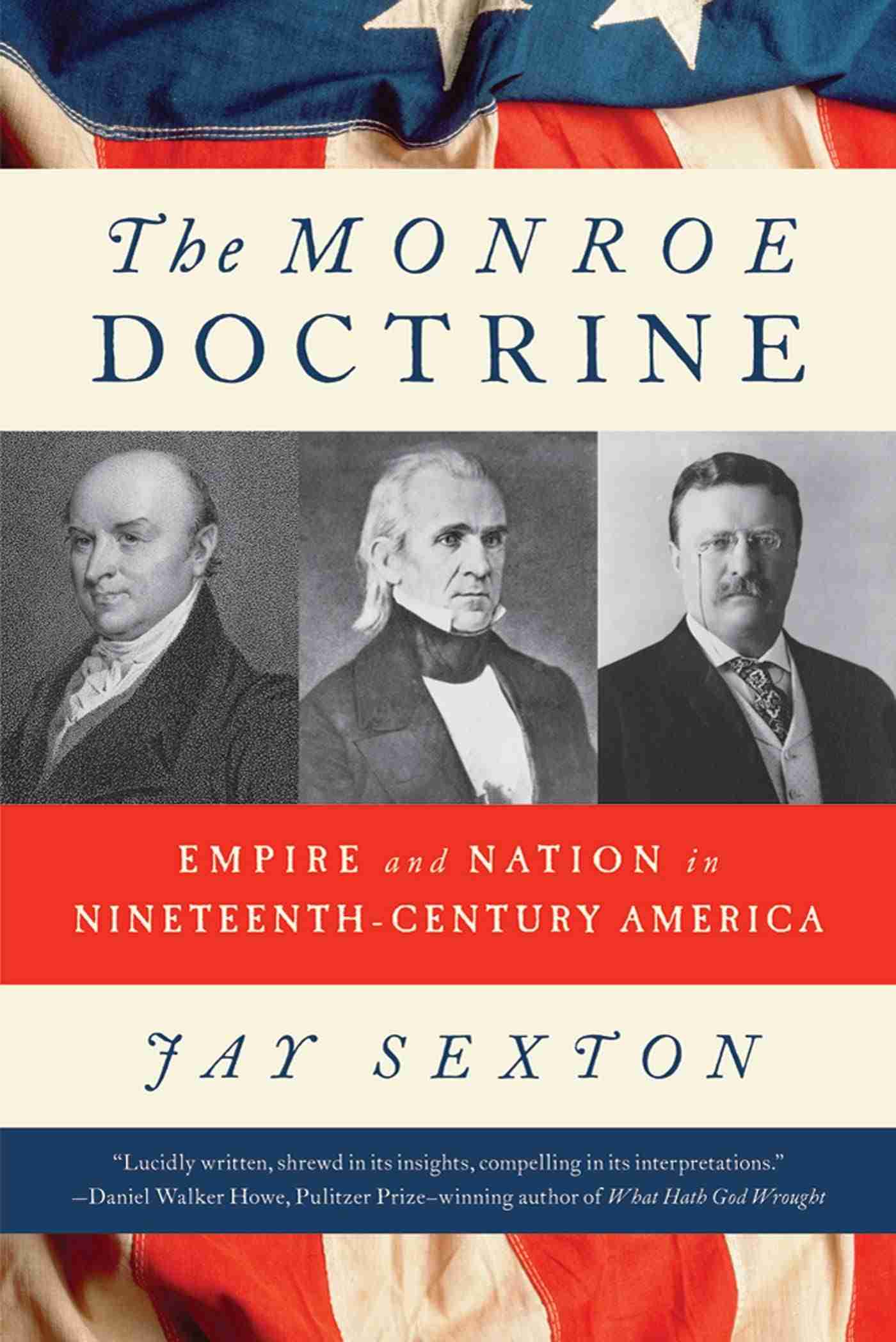 Time and again, debates on the key issues of nineteenth- and early-twentieth-century foreign relations – expansion in the 1840s, Civil War diplomacy, the imperialism of 1898, entrance into World War I, and the establishment of the League of Nations – were framed in relation to the Monroe Doctrine.

Covering more than a century of history, this engaging book explores the varying conceptions of the doctrine as its meaning evolved in relation to the needs of an expanding American empire. In Jay Sexton’s adroit hands, The Monroe Doctrine provides a new lens from which to view the paradox at the center of American diplomatic history: the nation’s interdependent traditions of anticolonialism and imperialism.

James Monroe: The Quest for National Identity by Harry Ammon 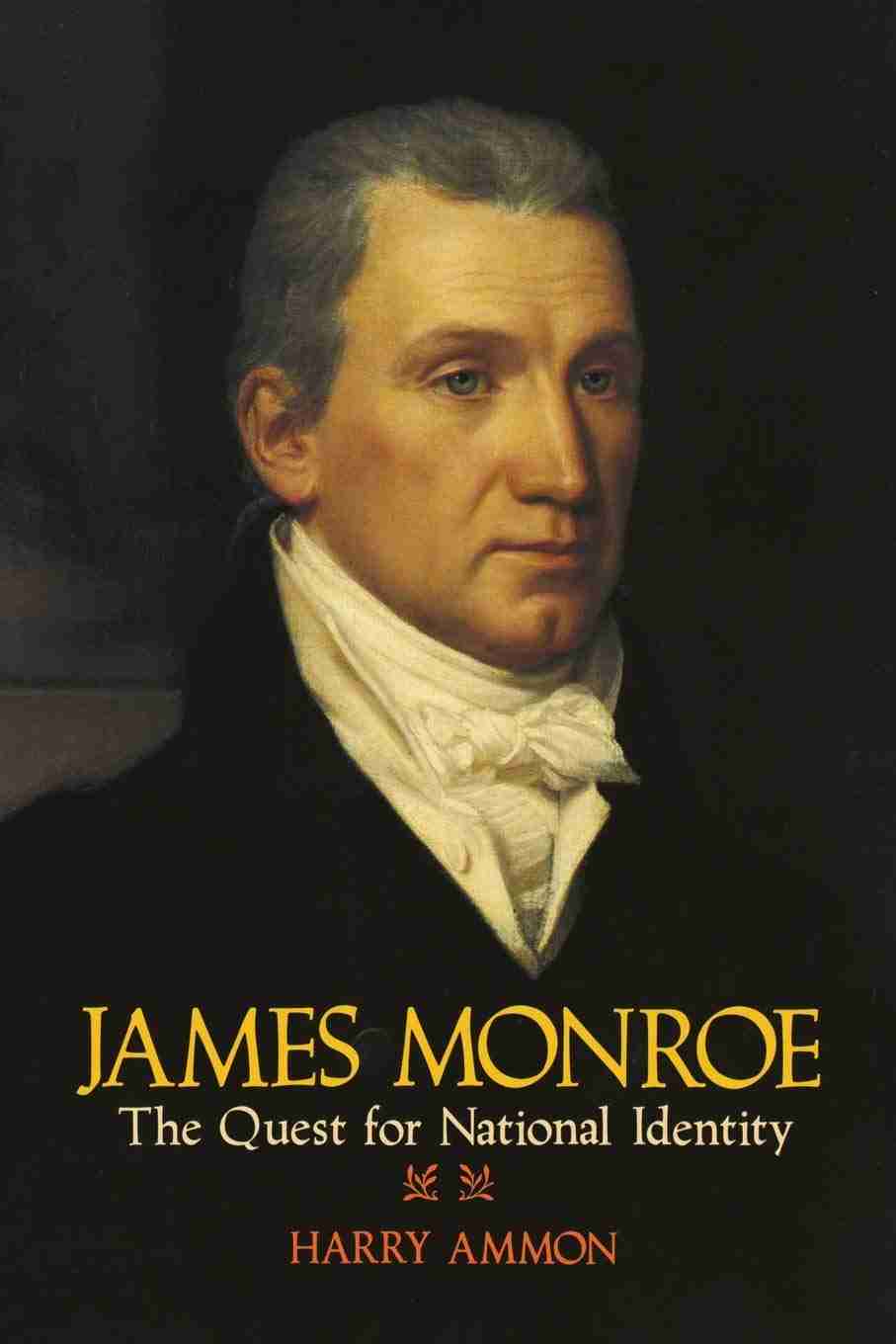 A biography of James Monroe who became the fifth president of the United States in 1816. Ammon recreates his remarkable career, through his service in the revolutionary army, the Confederation Congress, to his exertions in James Madison’s cabinet, his subsequent presidency, and overall contributions to American diplomacy and nationalism. 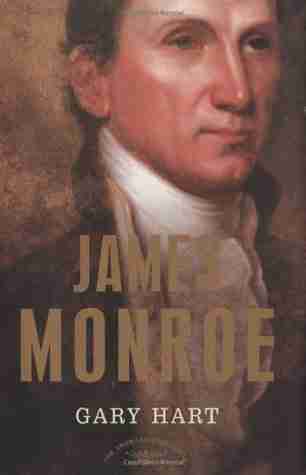 Gary Hart sees Monroe as a president ahead of his time, whose priorities and accomplishments in establishing America’s “national security” have a great deal in common with chief executives of our own time.

Unlike his predecessors Jefferson and Madison, Monroe was at his core a military man. He joined the Continental Army at the age of seventeen and served with distinction in many pivotal battles (he is prominently featured at Washington’s side in the iconic painting Washington Crossing the Delaware). Throughout his career as a senator, governor, ambassador, secretary of state, secretary of war, and president, he never lost sight of the fact that without secure borders and friendly relations with neighbors, the American people could never be truly safe in their independence.

As President, he embarked on an ambitious series of treaties, annexations, and military confrontations that would secure America’s homeland against foreign attack for nearly two hundred years. Hart details the accomplishments and priorities of this forward-looking president, whose security concerns clearly echo those we face in our time.

If you enjoyed this guide to essential books on James Monroe, be sure to check out our list of The 10 Best Books on President James Madison!