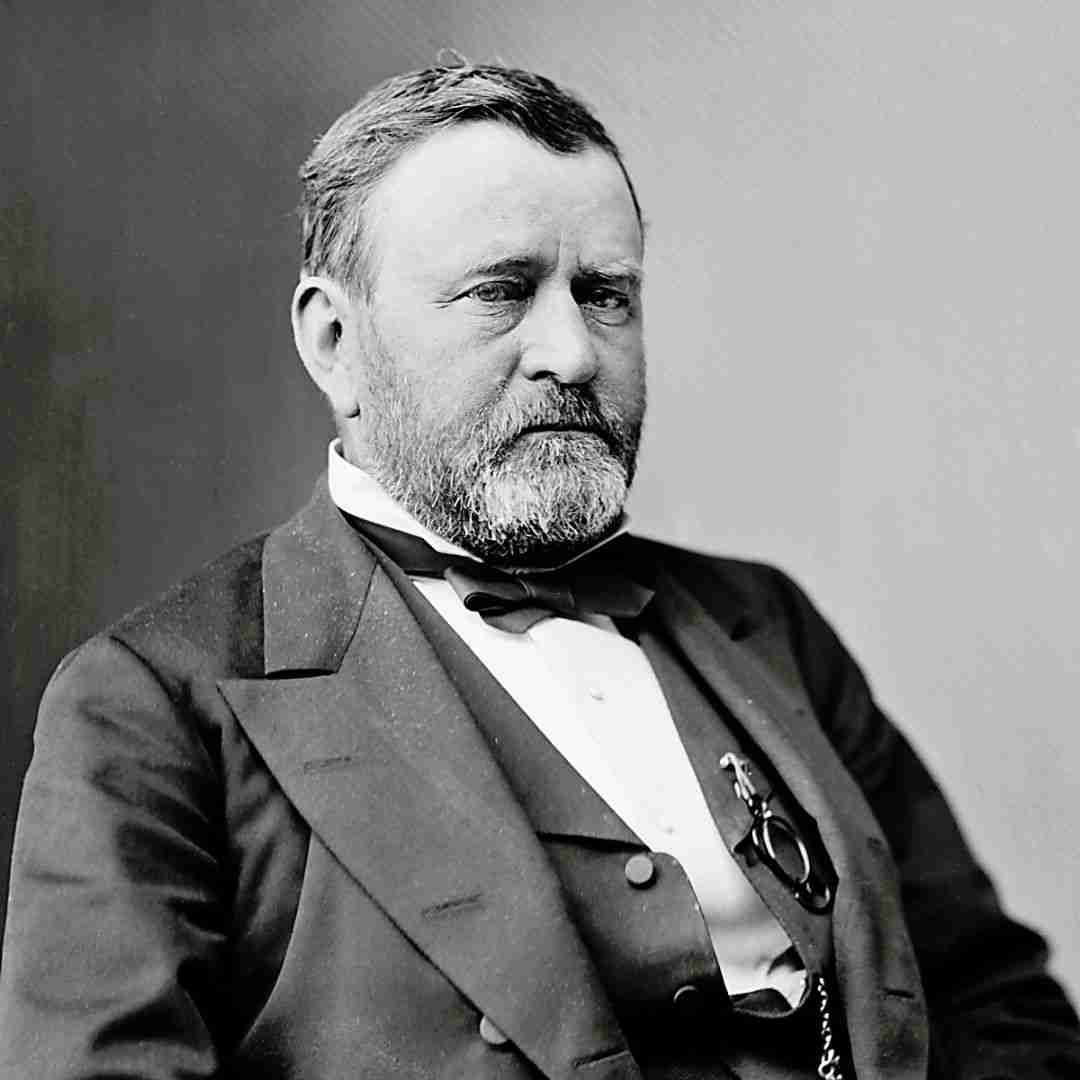 There are countless books on Ulysses S. Grant, and it comes with good reason, beyond being America’s eighteenth President (1869-1877), as commanding general, he led the Union Armies to victory over the Confederacy in the American Civil War.

“The friend in my adversity I shall always cherish most,” he acknowledged. “I can better trust those who have helped to relieve the gloom of my dark hours than those who are so ready to enjoy with me the sunshine of my prosperity.”

In order to get to the bottom of what inspired one of America’s most consequential figures to the height of political power, we’ve compiled a list of the 10 best books on Ulysses S. Grant. 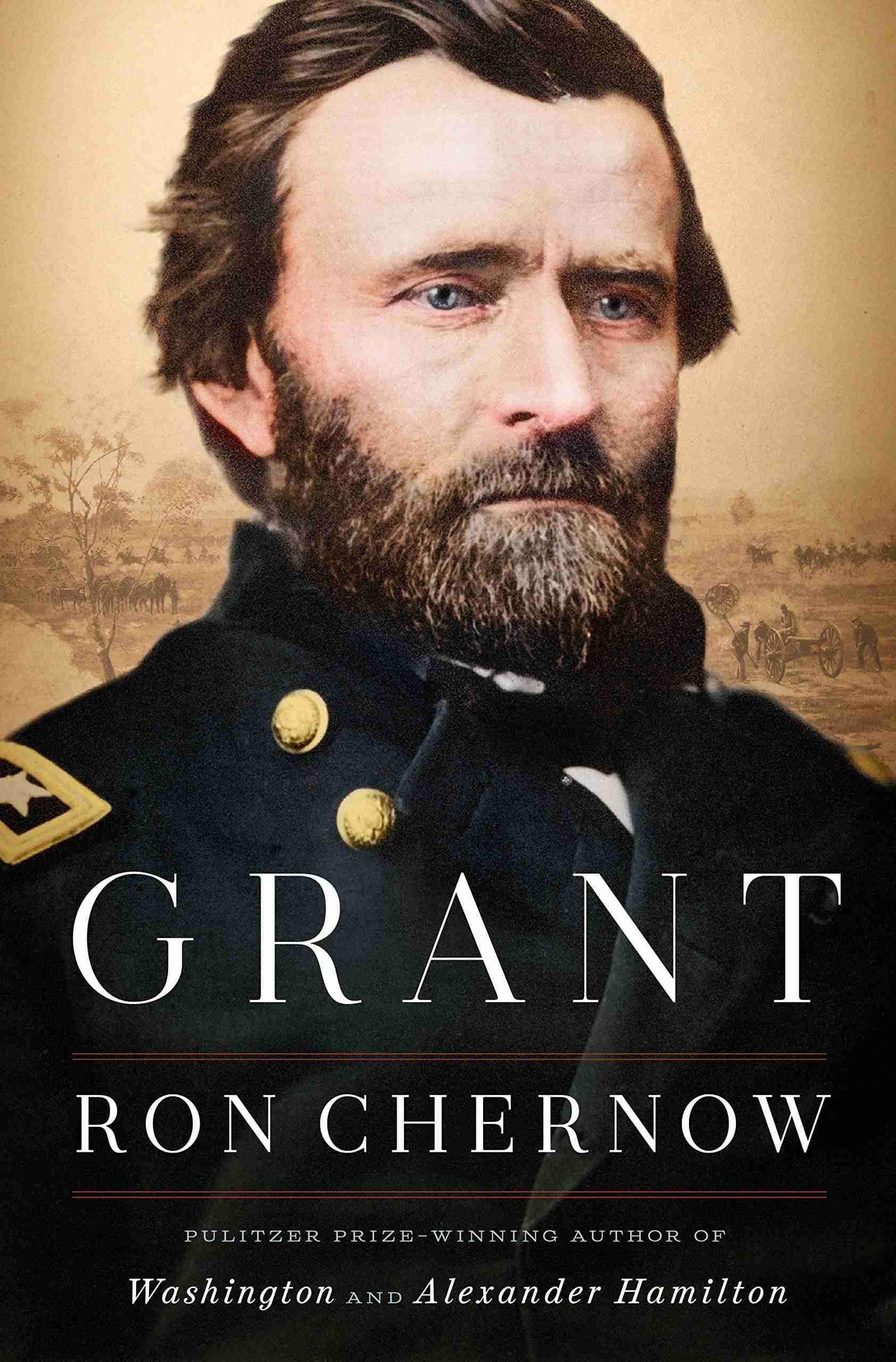 Ulysses S. Grant’s life has typically been misunderstood. All too often he is caricatured as a chronic loser and an inept businessman, or as the triumphant but brutal Union general of the Civil War. But these stereotypes don’t come close to capturing him, as Chernow shows in his masterful biography, the first to provide a complete understanding of the general and president whose fortunes rose and fell with dizzying speed and frequency.

Before the Civil War, Grant was flailing. His business ventures had ended dismally, and despite distinguished service in the Mexican War he ended up resigning from the army in disgrace amid recurring accusations of drunkenness. But in war, Grant began to realize his remarkable potential, soaring through the ranks of the Union army, prevailing at the battle of Shiloh and in the Vicksburg campaign, and ultimately defeating the legendary Confederate general Robert E. Lee. Grant’s military fame translated into a two-term presidency, but one plagued by corruption scandals involving his closest staff members.

More important, he sought freedom and justice for black Americans, working to crush the Ku Klux Klan and earning the admiration of Frederick Douglass, who called him “the vigilant, firm, impartial, and wise protector of my race.” After his presidency, he was again brought low by a dashing young swindler on Wall Street, only to resuscitate his image by working with Mark Twain to publish his memoirs, which are recognized as a masterpiece of the genre. 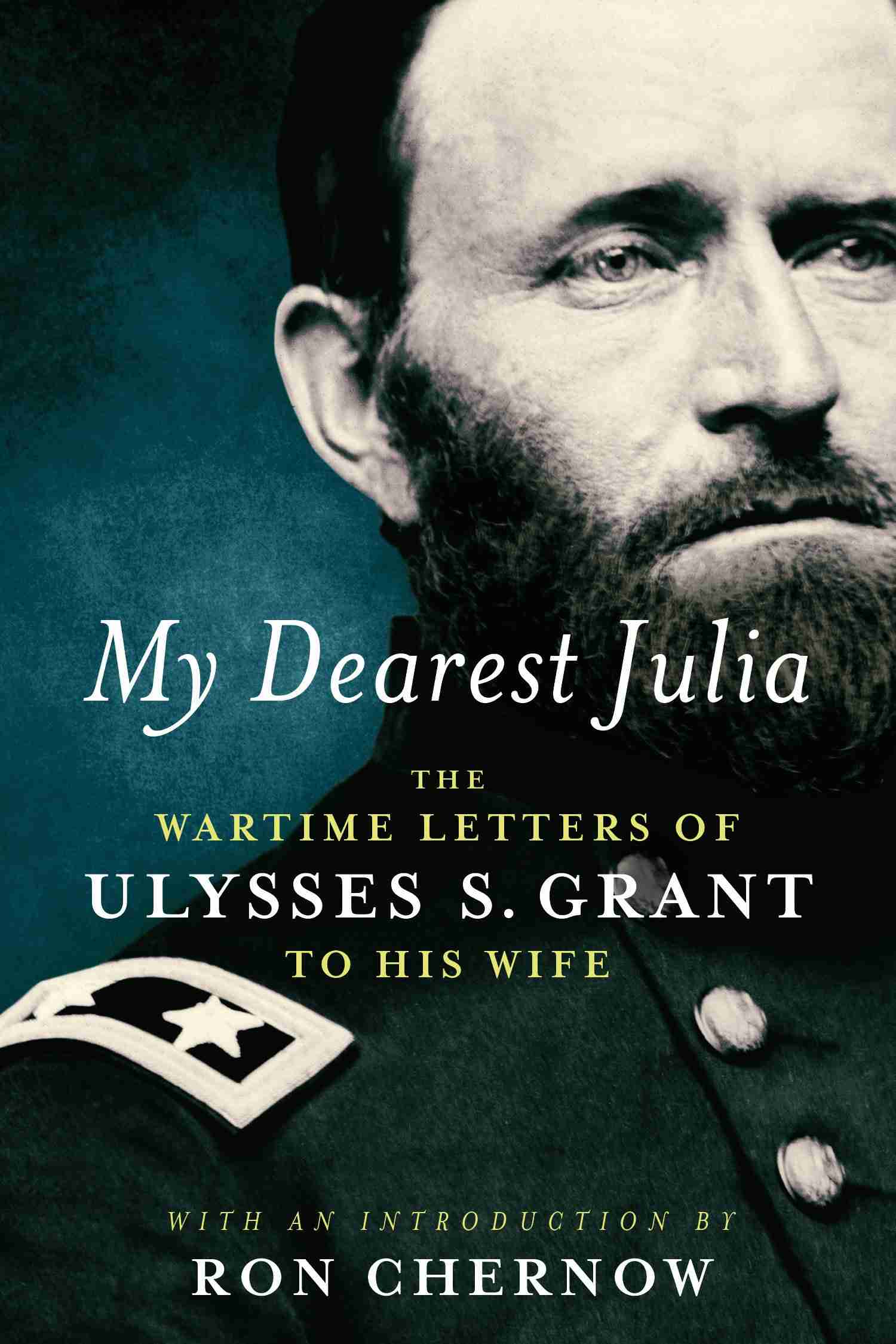 During his army years, Grant wrote hundreds of intimate and revealing letters to his wife, Julia Dent Grant. Presented with an introduction by acclaimed biographer Ron Chernow, My Dearest Julia collects more than eighty of these letters, beginning with their engagement in 1844 and ending with the Union victory in 1865.

They record Grant’s first experience under fire in Mexico (“There is no great sport in having bullets flying about one in every direction but I find they have less horror when among them than when in anticipation”), the aching homesickness that led him to resign from the peacetime army, and his rapid rise to high command during the Civil War.

Often written in haste, sometimes within the sound of gunfire, his wartime letters vividly capture the immediacy and uncertainty of the conflict. Grant initially hoped for an early conclusion to the fighting, but then came to accept that the war would have no easy end. “The world has never seen so bloody or so protracted a battle as the one being fought,” he wrote from Spotsylvania in 1864, “and I hope never will again.” 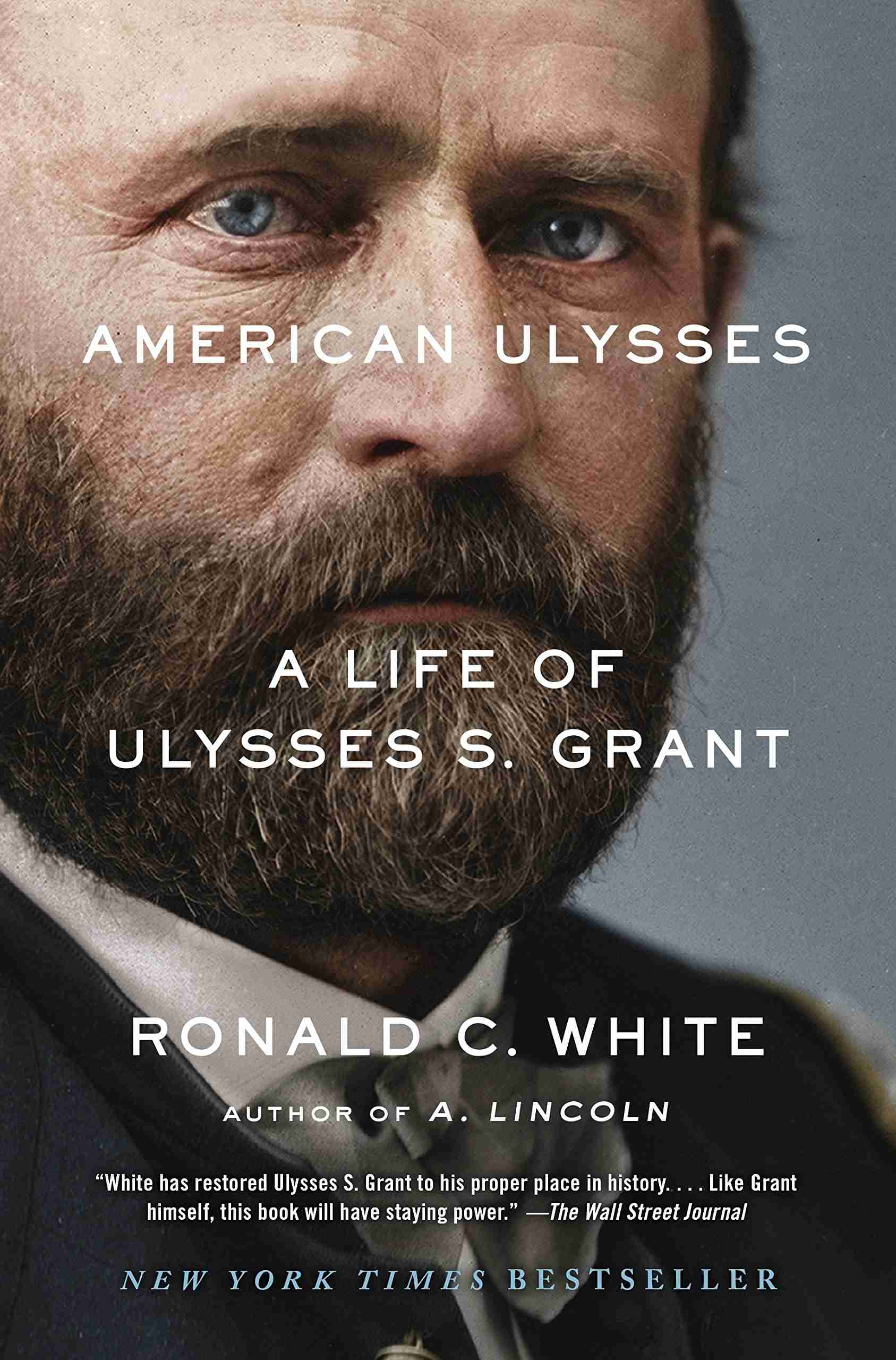 Based on seven years of research with primary documents – some of them never examined by previous Grant scholars – this is destined to become the Grant biography of our time. White, a biographer exceptionally skilled at writing momentous history from the inside out, shows Grant to be a generous, curious, introspective man and leader – a willing delegator with a natural gift for managing the rampaging egos of his fellow officers. His wife, Julia Dent Grant, long marginalized in the historic record, emerges in her own right as a spirited and influential partner.

Grant was not only a brilliant general but also a passionate defender of equal rights in post-Civil War America. After winning election to the White House in 1868, he used the power of the federal government to battle the Ku Klux Klan. He was the first president to state that the government’s policy toward American Indians was immoral, and the first ex-president to embark on a world tour, and he cemented his reputation for courage by racing against death to complete his Personal Memoirs. 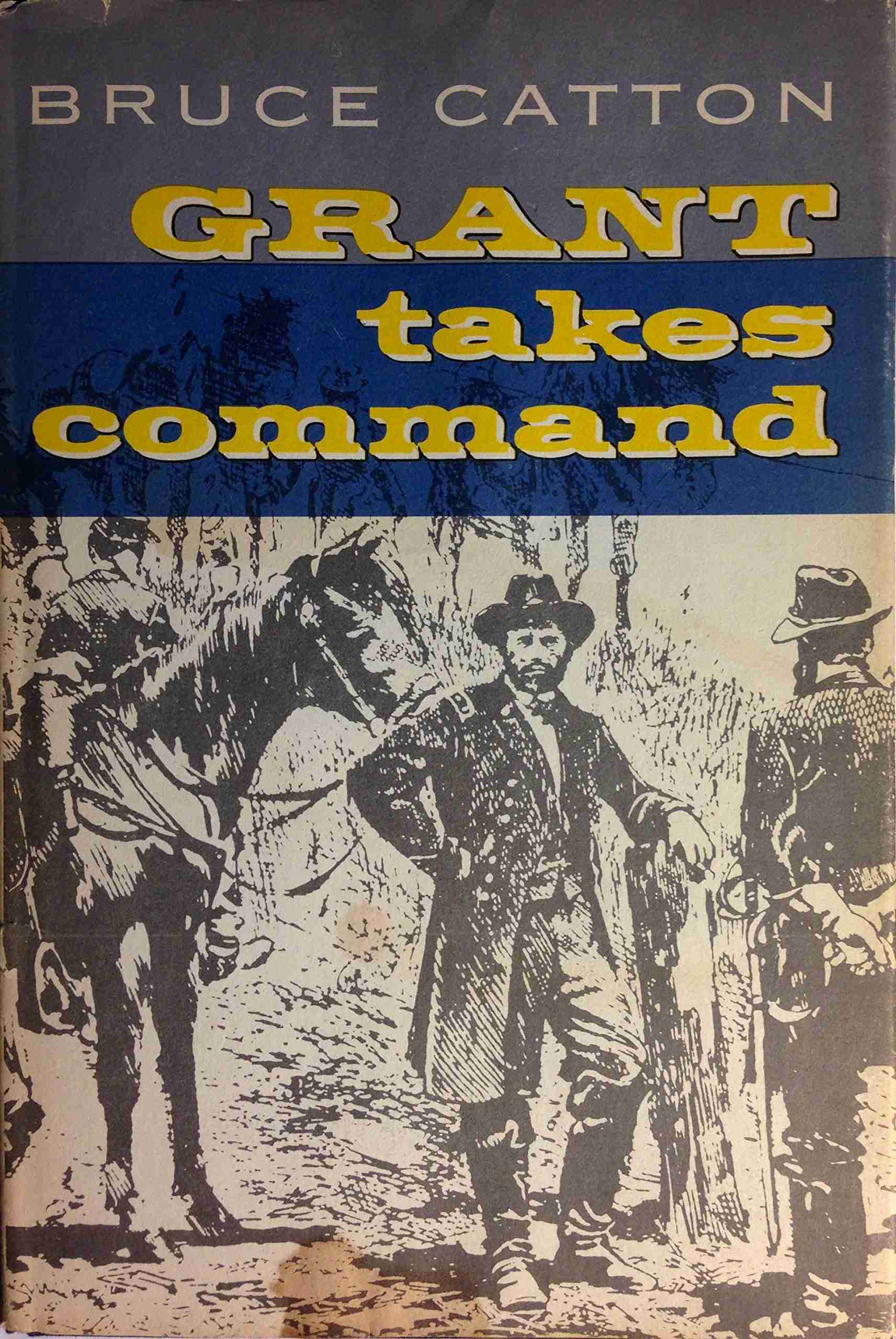 In the summer of 1863 after the climactic battle at Vicksburg, Lincoln’s government was more interested in Ulysses Simpson Grant than any other man alive. Although he was their most successful soldier, few men in Washington had even met him. Over the next several months his face, his morals, his total conduct would become commonly known and discussed by a nation tragically divided by the Civil War. Richard Henry Dana, Jr., was later to describe him as having “no gait, no manner, and no station – and as looking like “nobody at all.”

Grant Takes Command gives a detailed and revealing portrait of Grant during the last year and a half of war, and in essence, tells the story of how the war was won. 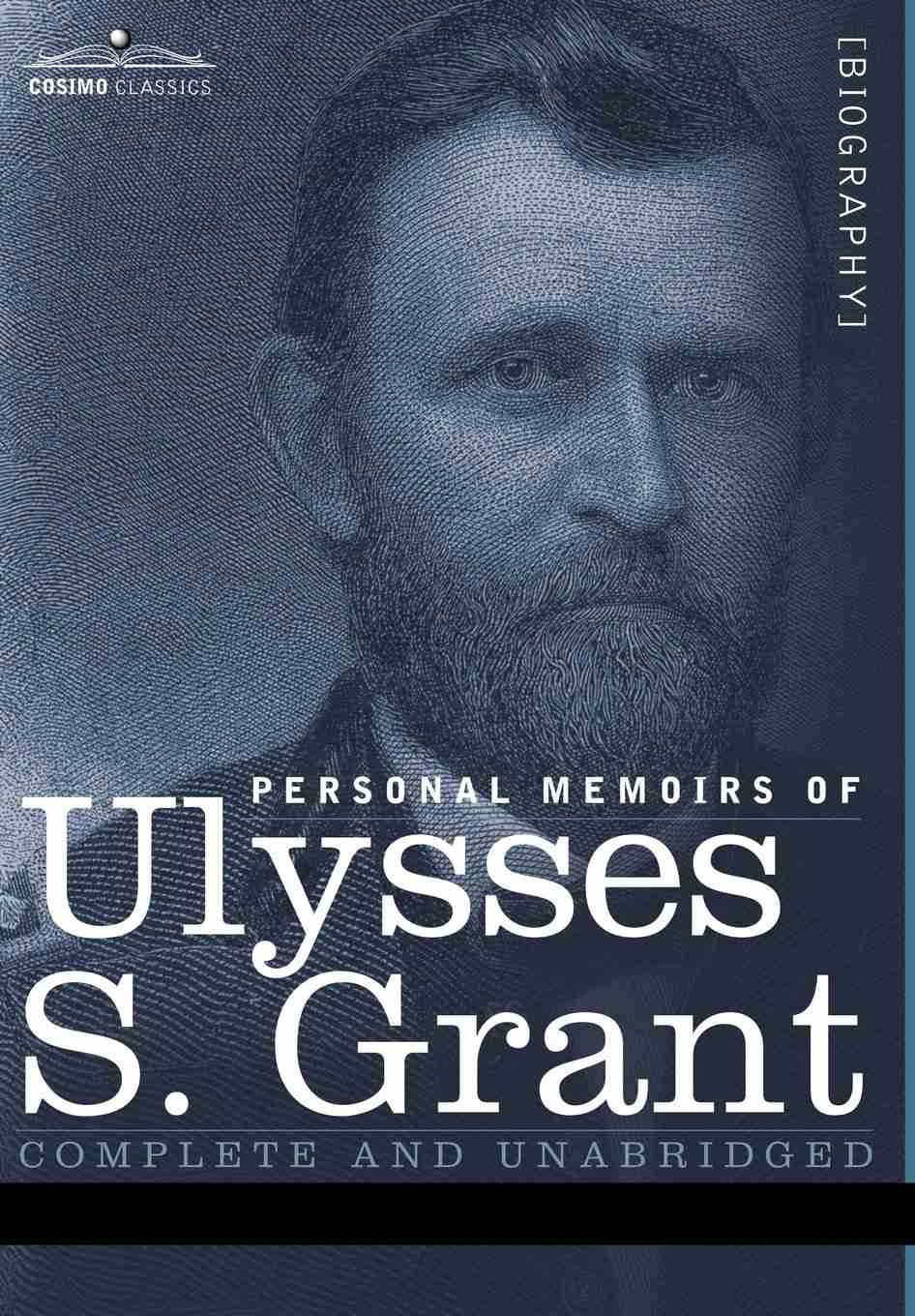 Completed just days before his death and hailed by Mark Twain as “the most remarkable work of its kind since the Commentaries of Julius Caesar,” this is the now-legendary autobiography of Ulysses S. Grant.

Though Grant opens with tales of his boyhood, his education at West Point, and his early military career in the Mexican-American war of the 1840s, it is Grant’s intimate observations on the conduct of the Civil War, which make up the bulk of the work, that have made this required reading for history students, military strategists, and Civil War buffs alike. 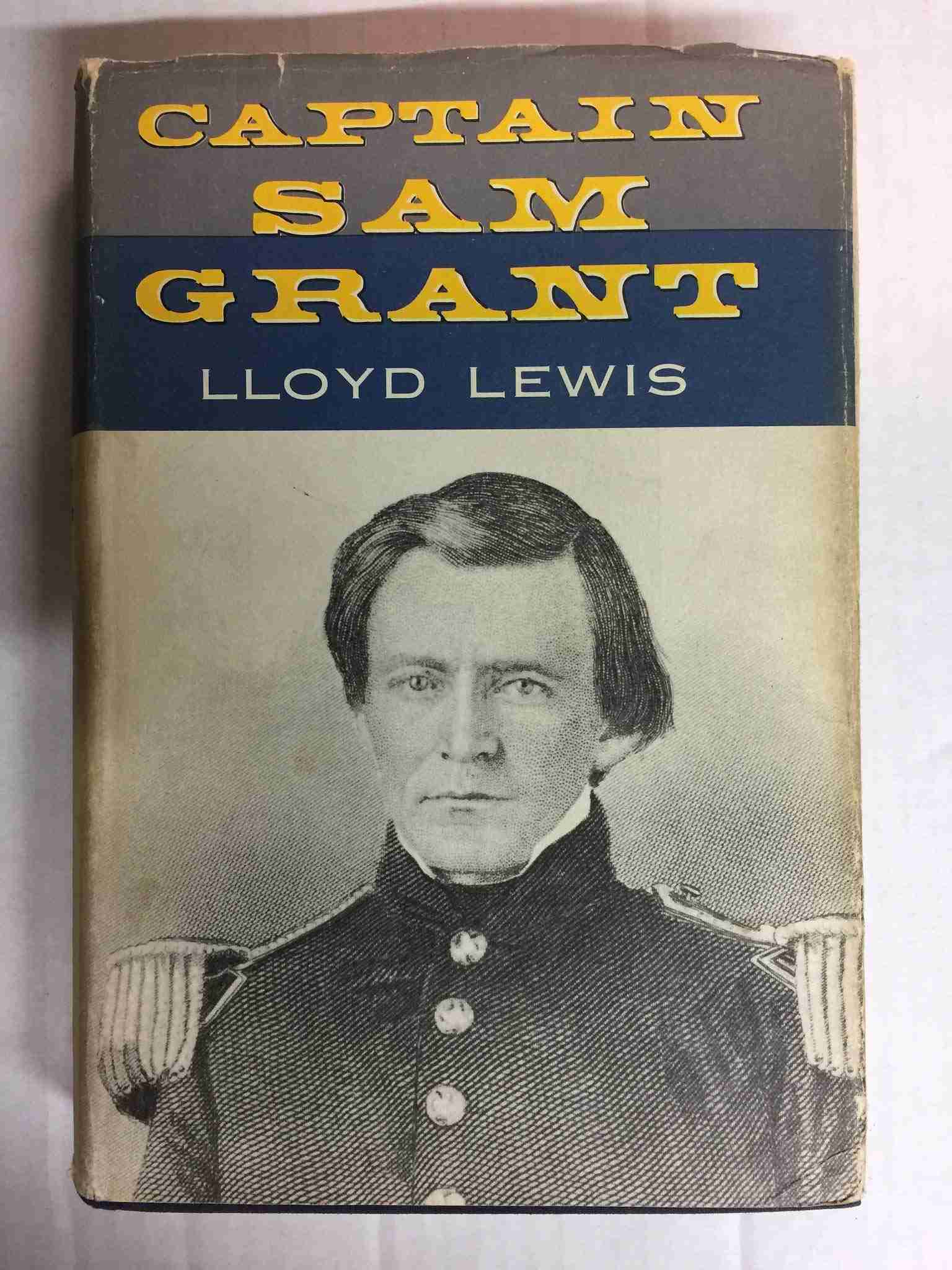 This biography covers Grant’s youth and young manhood from 1822 to 1861. The narrative examines Grant’s birth, his days at West Point; his courtship and marriage, his experiences during the Mexican War, and his subsequent time as a civilian before his comeback as a soldier during the Civil War.

Let Us Have Peace by Brooks D. Simpson 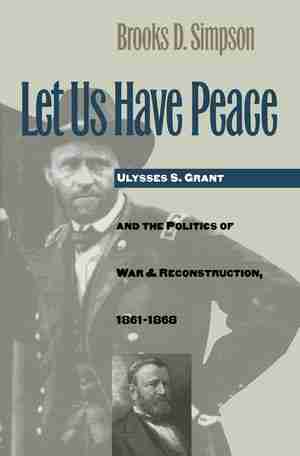 Simpson argues that during the 1860s Grant was both soldier and politician, for military and civil policy were inevitably intertwined during the Civil War and Reconstruction era. According to Simpson, Grant instinctively understood that war was ‘politics by other means.’

Moreover, he realized that civil wars presented special challenges: reconciliation, not conquest, was the Union’s ultimate goal. And in peace, Grant sought to secure what had been won in war, stepping in to assume a more active role in policymaking when the intransigence of white Southerners and the obstructionist behavior of President Andrew Johnson threatened to spoil the fruits of Northern victory. 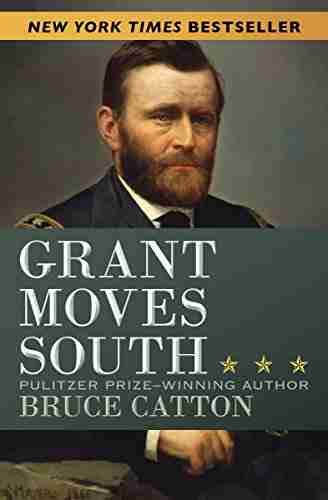 While a succession of Union generals – from McClellan to Burnside to Hooker to Meade – were losing battles and sacrificing troops due to ego, egregious errors, and incompetence, an unassuming Federal Army commander was excelling in the Western theater of operations. Though unskilled in military power politics and disregarded by his peers, Colonel Grant, commander of the Twenty-First Illinois Volunteer Infantry, was proving to be an unstoppable force.

He won victory after victory at Belmont, Fort Henry, and Fort Donelson, while brilliantly avoiding near-catastrophe and ultimately triumphing at Shiloh. And Grant’s bold maneuvers at Vicksburg would cost the Confederacy its invaluable lifeline: the Mississippi River. But destiny and President Lincoln had even loftier plans for Grant, placing nothing less than the future of an entire nation in the capable hands of the North’s most valuable military leader. 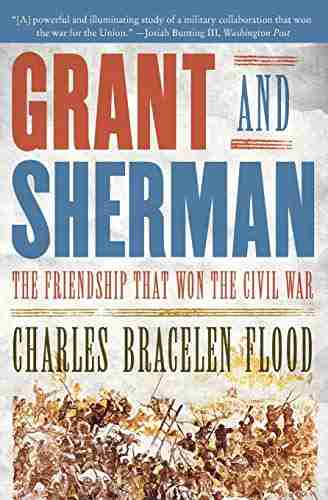 They were both prewar failures – Grant, forced to resign from the Regular Army because of his drinking, and Sherman, holding four different jobs, including a much-loved position at a southern military academy – in the years before the firing on Fort Sumter. They began their unique collaboration ten months into the war, at the Battle of Shiloh, each carefully taking the other’s measure.

They shared the demands of family life and the heartache of personal tragedy. They shared similar philosophies of battle, employed similar strategies and tactics, and remained in close, virtually daily communication throughout the conflict. They were incontestably two of the Civil War’s most important figures, and the deep, abiding friendship they shared made the Union’s ultimate victory possible. 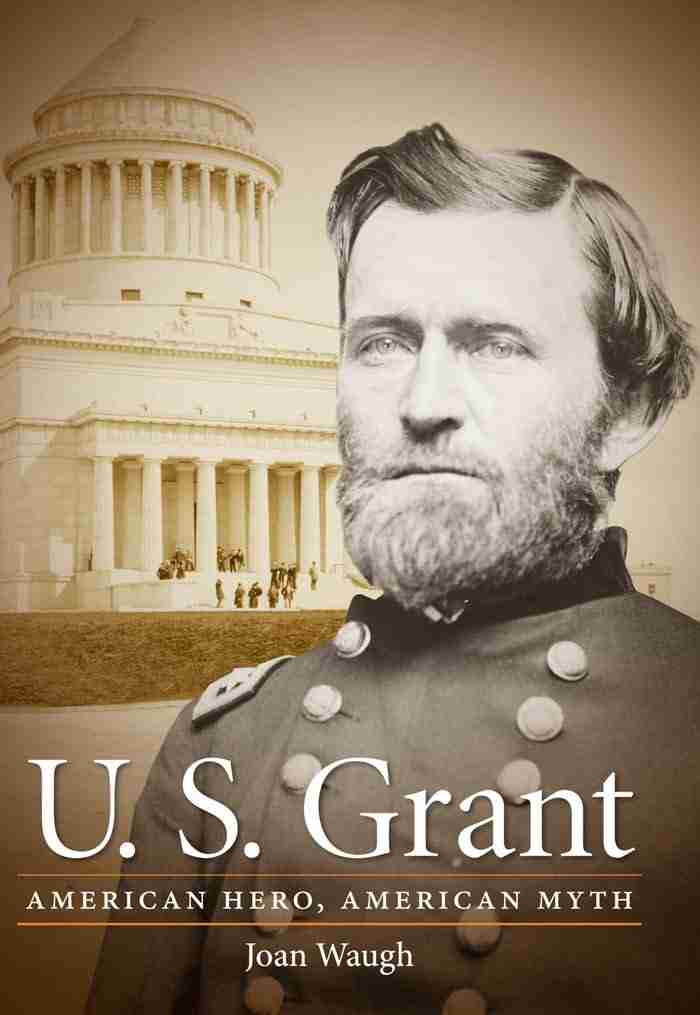 At the time of his death, Ulysses S. Grant was the most famous person in America, considered by most citizens to be equal in stature to George Washington and Abraham Lincoln. Yet today his monuments are rarely visited, his military reputation is overshadowed by that of Robert E. Lee, and his presidency is permanently mired at the bottom of historical rankings.

In U. S. Grant, Joan Waugh investigates Grant’s place in public memory and the reasons behind the rise and fall of his renown, while simultaneously underscoring the fluctuating memory of the Civil War itself.

If you enjoyed this guide to books on Ulysses S. Grant, be sure to check out our list of The 10 Best Books on President Andrew Jackson!