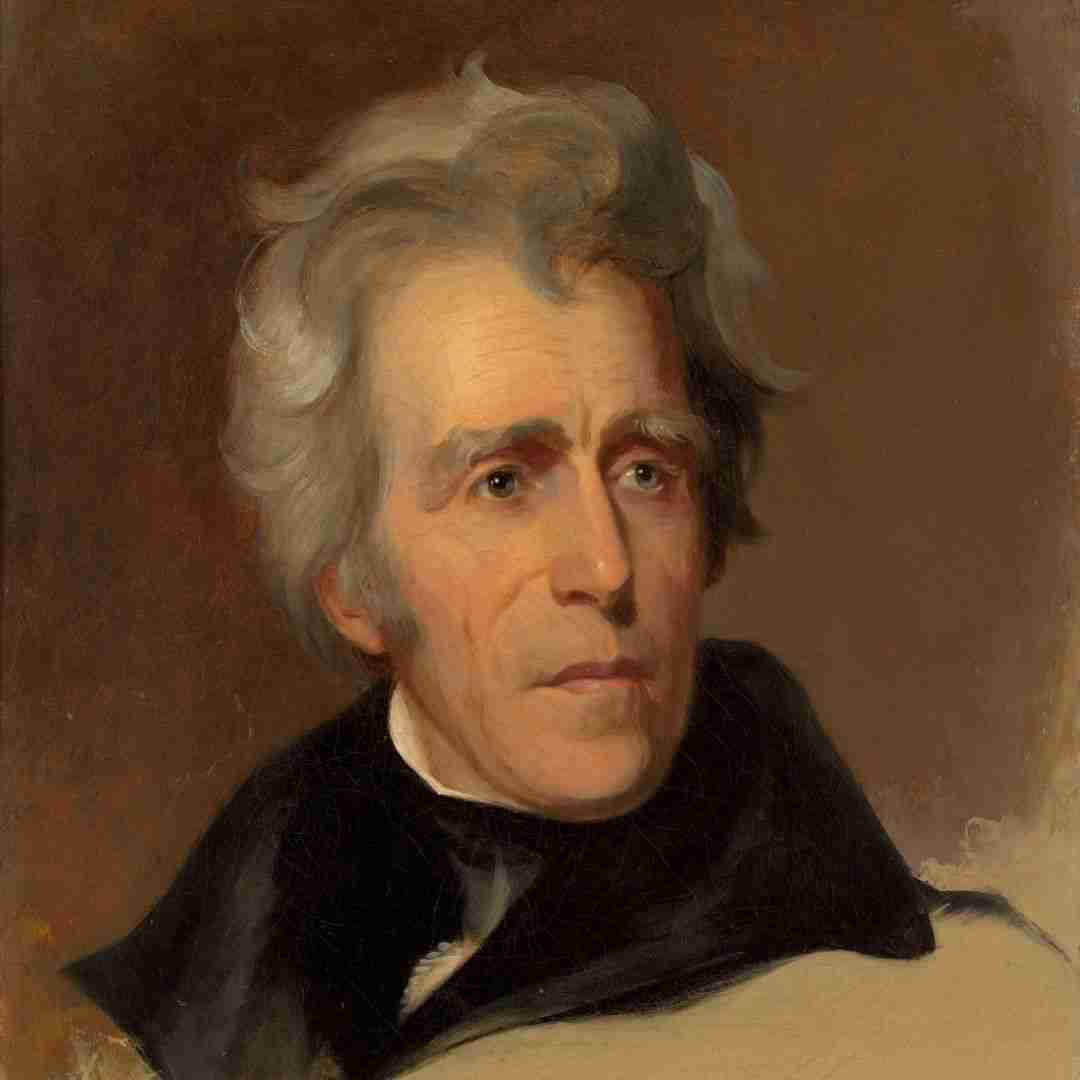 There are countless books on Andrew Jackson, and it comes with good reason, beyond being America’s seventh President (1829-1837), he was a major general in the War of 1812 and cemented himself as a national hero when he defeated the British at New Orleans.

“You must remember, my fellow-citizens, that eternal vigilance by the people is the price of liberty, and that you must pay the price if you wish to secure the blessing,” he is known to have said.

In order to get to the bottom of what inspired one of America’s most consequential figures to the height of political power, we’ve compiled a list of the 10 best books on Andrew Jackson. 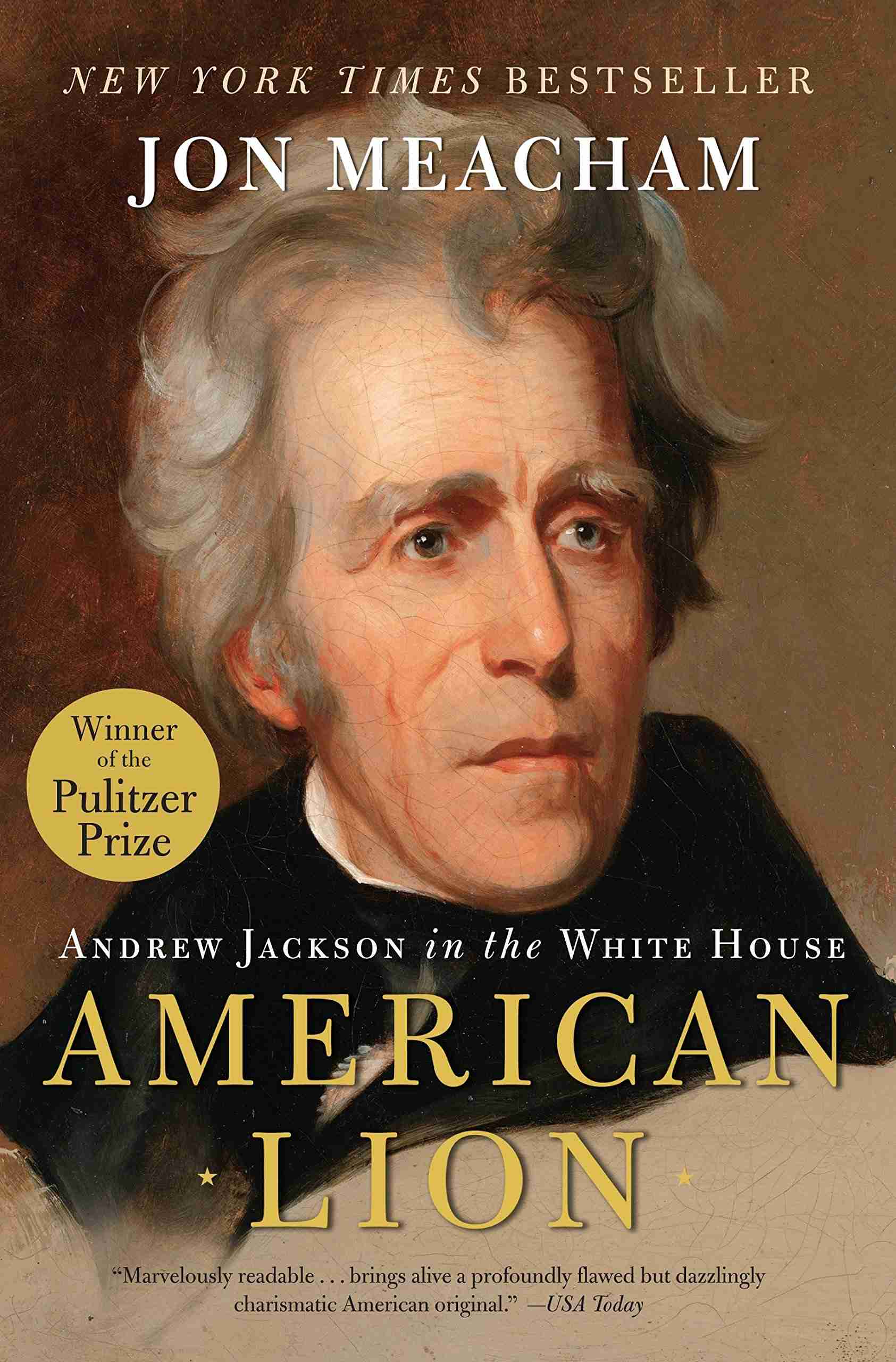 Beloved and hated, venerated and reviled, Andrew Jackson was an orphan who fought his way to the pinnacle of power, bending the nation to his will in the cause of democracy. Jackson’s election in 1828 ushered in a new and lasting era in which the people, not distant elites, were the guiding force in American politics. Democracy made its stand in the Jackson years, and he gave voice to the hopes and the fears of a restless, changing nation facing challenging times at home and threats abroad.

To tell the saga of Jackson’s presidency, acclaimed author Jon Meacham goes inside the Jackson White House. Drawing on newly discovered family letters and papers, he details the human drama–the family, the women, and the inner circle of advisers – that shaped Jackson’s private world through years of storm and victory.

Andrew Jackson and the Miracle of New Orleans by Brian Kilmeade 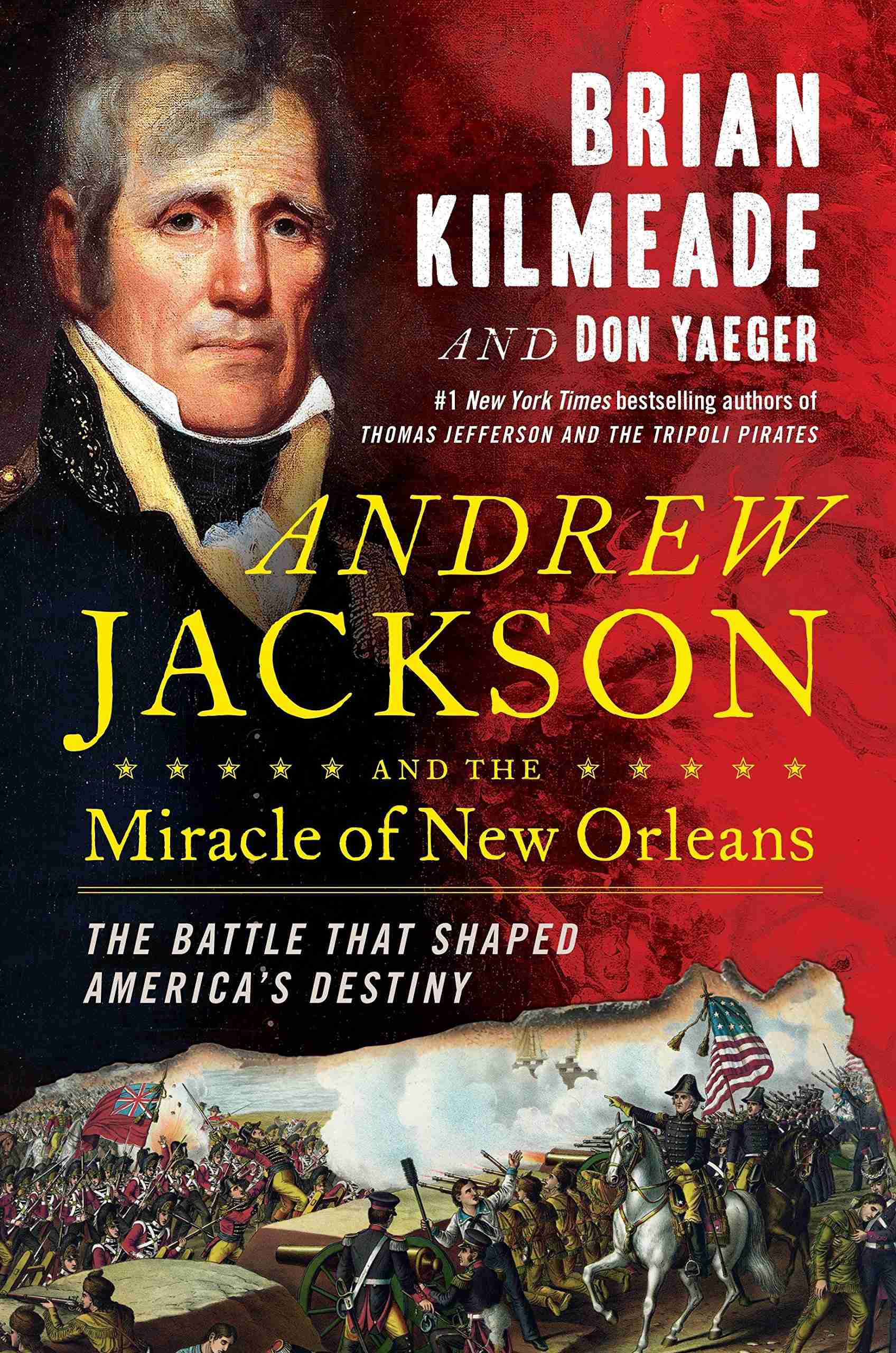 The War of 1812 saw America threatened on every side. Encouraged by the British, Indian tribes attacked settlers in the West, while the Royal Navy terrorized the coasts. By mid-1814, President James Madison’s generals had lost control of the war in the North, losing battles in Canada. Then British troops set the White House ablaze, and a feeling of hopelessness spread across the country.

In order to protect New Orleans from capture, Jackson had to assemble a coalition of frontier militiamen, French-speaking Louisianans, Cherokee and Choctaw Indians, freed slaves, and even some pirates. And he had to defeat the most powerful military force in the world – in the confusing terrain of the Louisiana bayous.

He needed a miracle. The local Ursuline nuns set to work praying for his outnumbered troops. And so the Americans, driven by patriotism and protected by prayer, began the battle that would shape our young nation’s destiny.

The Age of Jackson by Arthur M. Schlesinger, Jr. 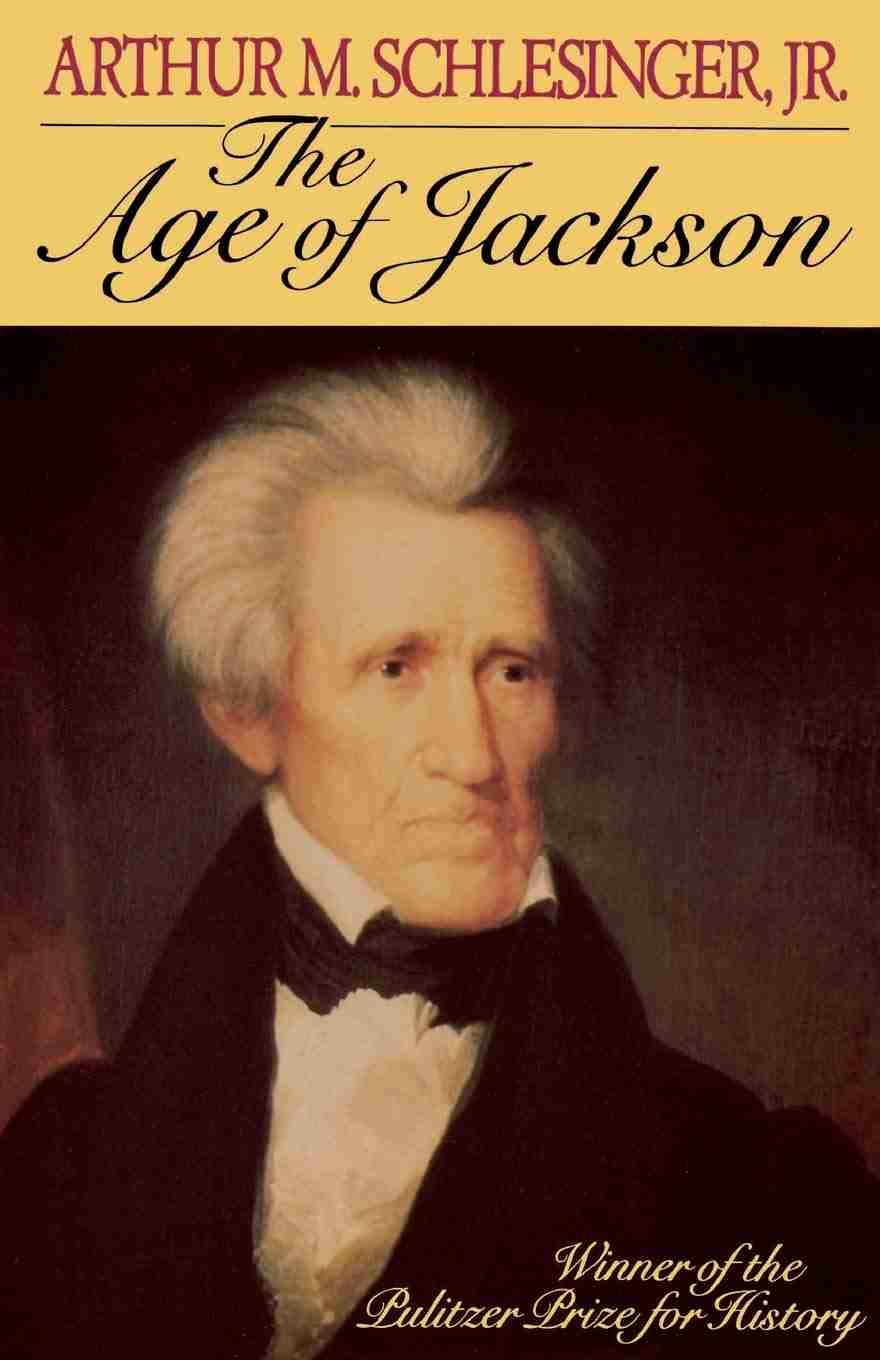 This volume, by the great American historian Arthur M. Schlesinger embraces the Age of Andrew Jackson from its inception to its influence upon the history of our country. It captures the historical, cultural, economic and political life of the United States as it grew from Jefferson’s day to the violent early eruptions of financial and industrial forces that threatened the basic principles of our constitutional democracy.

Andrew Jackson: His Life and Times by H. W. Brands 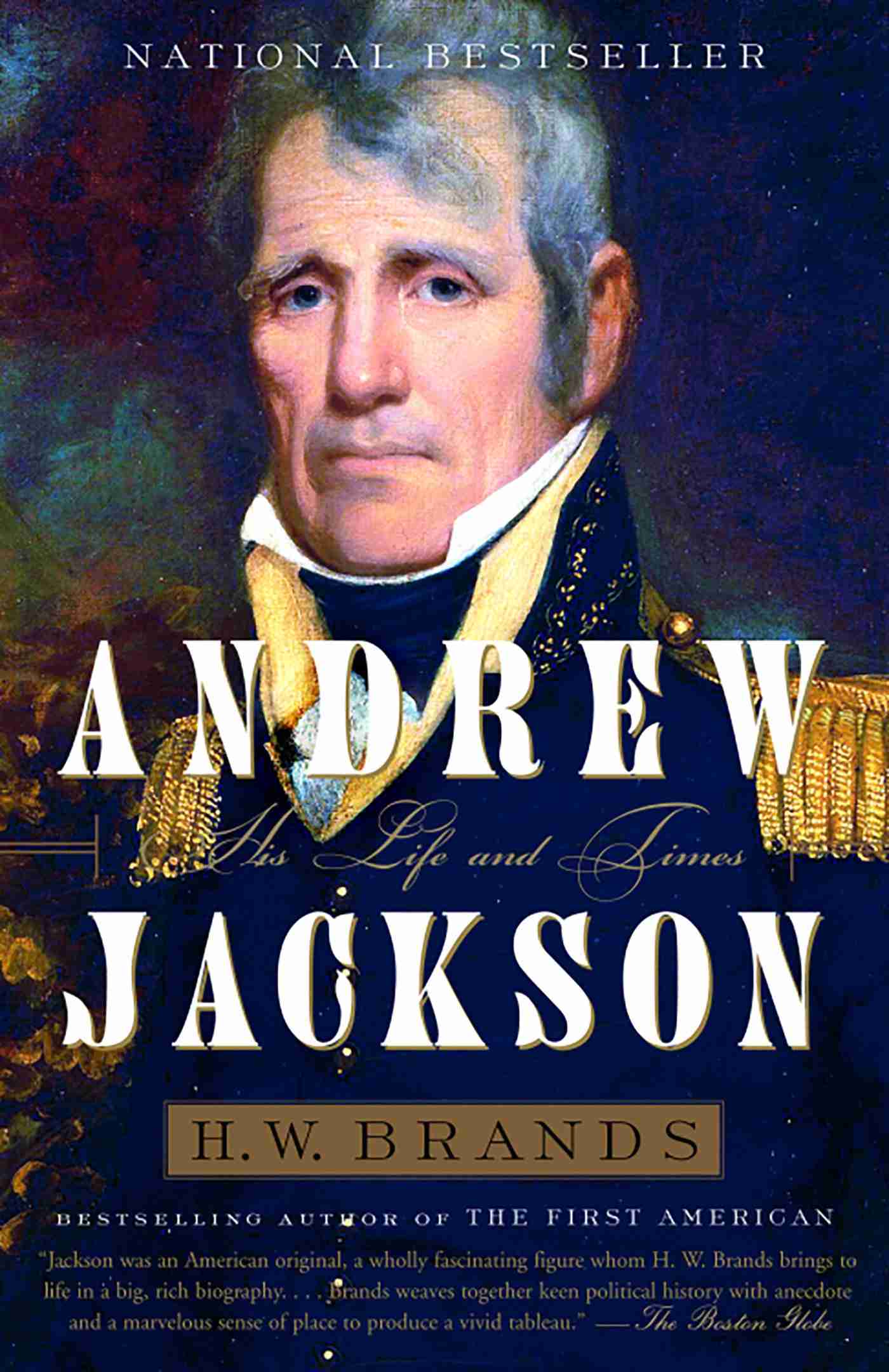 An orphan at a young age and without formal education or the family lineage of the Founding Fathers, Jackson showed that the presidency was not the exclusive province of the wealthy and the well-born but could truly be held by a man of the people. On a majestic, sweeping scale Brands re-creates Jackson’s rise from his hardscrabble roots to his days as a frontier lawyer, then on to his heroic victory in the Battle of New Orleans, and finally to the White House.

Capturing Jackson’s outsized life and deep impact on American history, Brands also explores his controversial actions, from his unapologetic expansionism to the disgraceful Trail of Tears. This is a thrilling portrait, in full, of the president who defined American democracy.

Andrew Jackson and His Indian Wars by Robert V. Remini 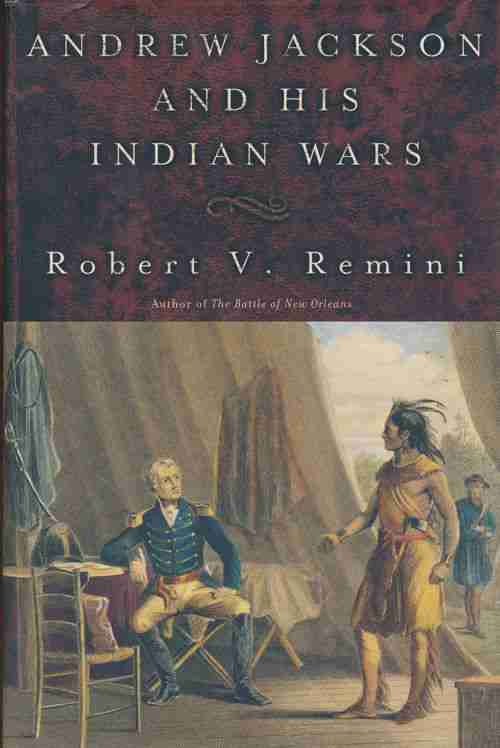 Tracing the role of Andrew Jackson in decades of Native American conflicts, a National Book Award-winning author and Jacksonian scholar examines Jackson’s early years as an Indian fighter in Tennessee and South Carolina, his victory in the 1814 Creek War, and his presidential years, the Indian Removal Act, and the Trail of Tears.

The Life of Andrew Jackson by Marquis James 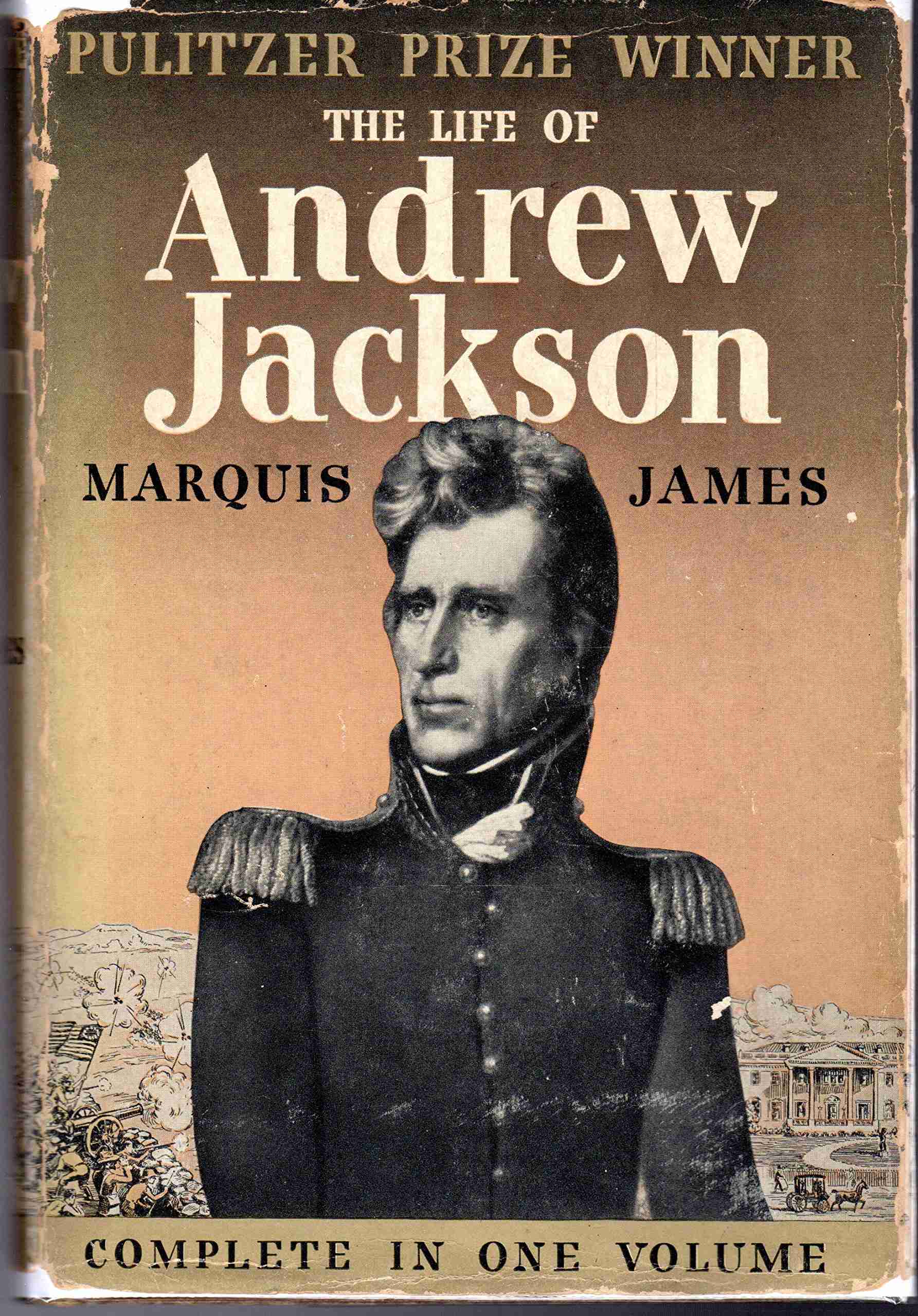 This work, which combined in a single volume the author’s 1934 The Border Captain with its 1937 sequel The Portrait of a President, won the 1938 Pulitzer Prize for Biography.

Women in the Life of Andrew Jackson by Ludwig M. Deppisch 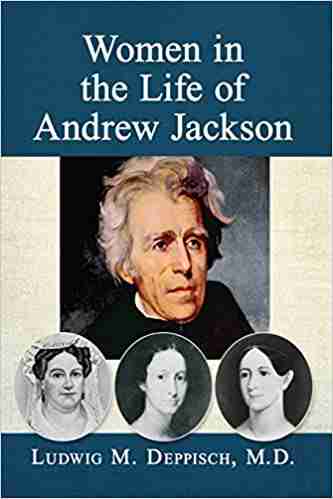 This gem among books on Andrew Jackson book follows his life and death through the lives of six women who influenced both his politics and persona. His mother, Elizabeth Hutchinson Jackson, introduced him to their Scots-Irish heritage. Jackson’s wife, Rachel Donelson Jackson provided emotional support and a stable household throughout her life. Emily Donelson, his niece, was the White House hostess for most of his presidency and was one of the few women to stand up to Jackson’s overbearing nature.

She, along with Rachel Jackson and Mary Eaton (the wife of Jackson’s Secretary of War) was also involved in the Petticoat Affair, a historic scandal that consumed the early Jackson administration. His daughter-in-law, Sarah Yorke Jackson, and niece, Mary Eastin Polk, supported Jackson in his retirement and buttressed his political legacy. These six women helped to mold, support, and temper the figure of Andrew Jackson we know today. 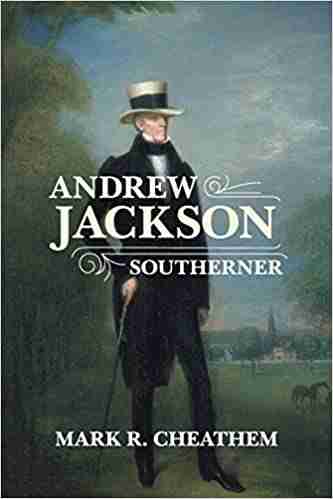 Many Americans view Andrew Jackson as a frontiersman who fought duels, killed Indians, and stole another man’s wife. Historians have traditionally presented Jackson as a man who struggled to overcome the obstacles of his backwoods upbringing and helped create a more democratic United States. In his compelling biography of Jackson, Mark R. Cheathem argues for a reassessment of these long-held views, suggesting that in fact “Old Hickory” lived as an elite southern gentleman.

A Being So Gentle by Patricia Bradley

Beautiful, charismatic, and generous, Rachel Jackson had the courage to go against the mores of her times in the name of love. As the wife of a great general in wartime, she often found herself running their plantation alone and, a true heroine, she took in and raised children orphaned by the war.

Like many great love stories, this one ends tragically when Rachel dies only a few weeks after Andrew is elected president. He moved into the White House alone and never remarried. Andrew and Rachel Jackson’s devotion to one another is inspiring, and here, in Patricia Brady’s vivid prose, their story of love and loss comes to life for the first time.

The Life of Andrew Jackson by Robert V. Remini 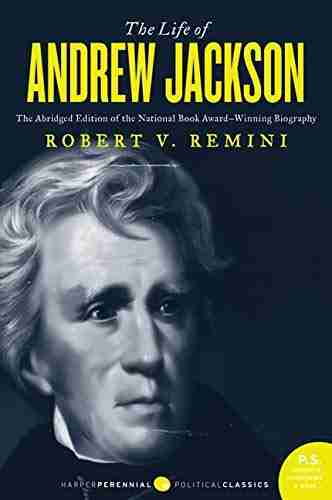 Robert V. Remini’s prize-winning, three-volume biography Life of Andrew Jackson won the National Book Award on its completion in 1984 and is recognized as one of the greatest lives of a U.S. President. In this meticulously crafted single-volume abridgment, Remini captures the essence of the life and career of the seventh president of the United States. As president, from 1829-1837, Jackson was a significant force in the nations’ expansion, the growth of presidential power, and the transition from republicanism to democracy.

If you enjoyed this guide to the best books on Andrew Jackson, be sure to check out our list of the 10 Best Books on President Franklin D. Roosevelt!