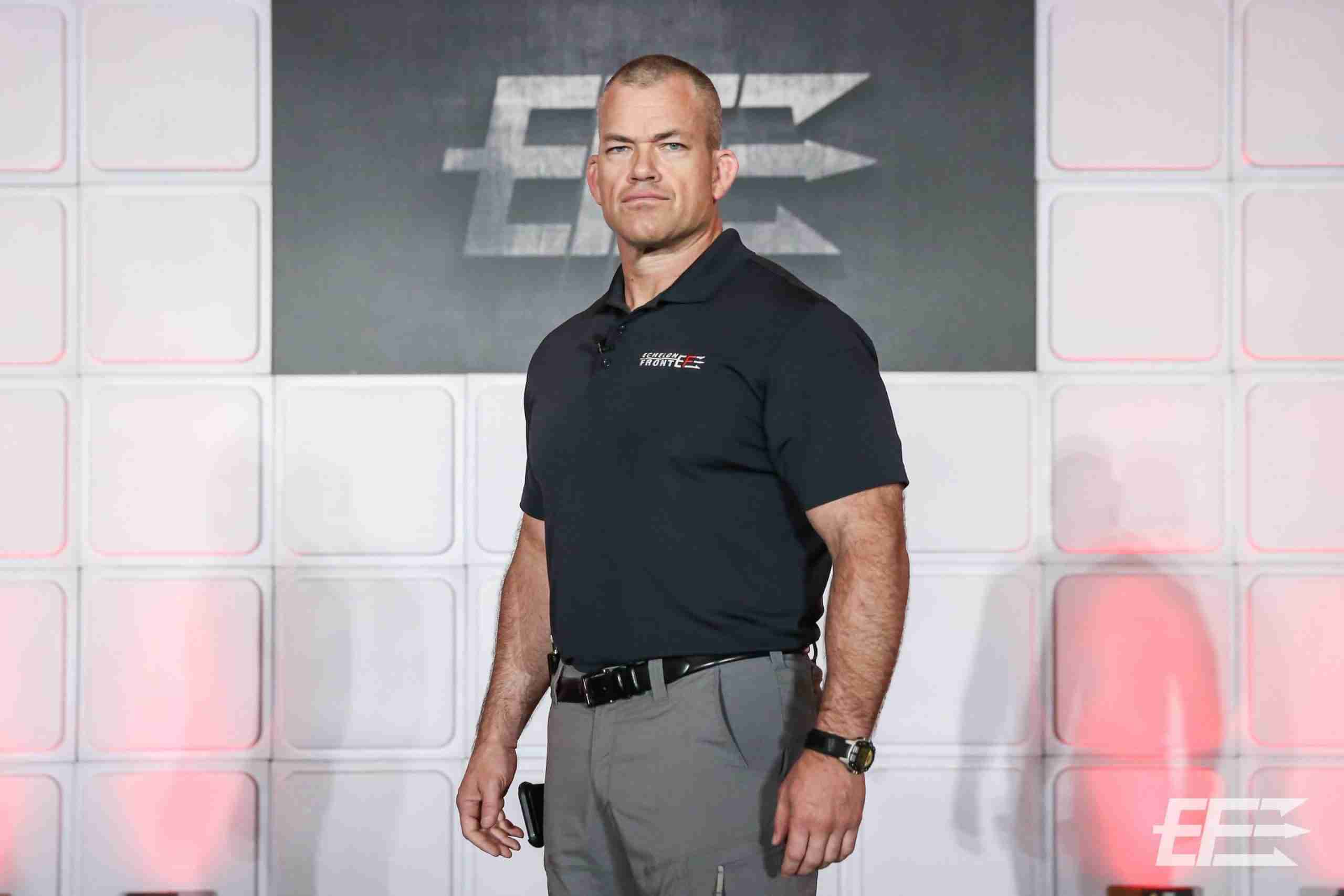 For many reasons, retired Navy SEAL Jocko Willink and books simply go hand in hand, whether we’re talking his favorite lesson-filled historical classics, a field manual for immediate use, or even those written by him.

Willink spent 20 years in the SEAL Teams, starting as an enlisted SEAL and rising through the ranks to become a SEAL officer. As commander of SEAL Team Three’s Task Unit Bruiser during the battle of Ramadi, he orchestrated SEAL operations that helped the “Ready First” Brigade of the U.S. Army’s First Armored Division bring stability to the violent, war-torn city.

Task Unit Bruiser became the most highly decorated Special Operations Unit of the Iraq War. Willink is the recipient of the Silver Star, the Bronze Star, and numerous other personal and unit awards.

Reading and studying played a profound role in shaping Jocko Willink as a person, and furthermore, this favorite educational activity of his must have had something to do with the spirited – and rewarding for that matter – approach he takes to life.

Therefore, in order to get to the bottom of what inspired a most capable man to reach peak self-discipline, we’ve compiled this list of 10 books Jocko Willink has penned with the help of his very own terribly productive hands. 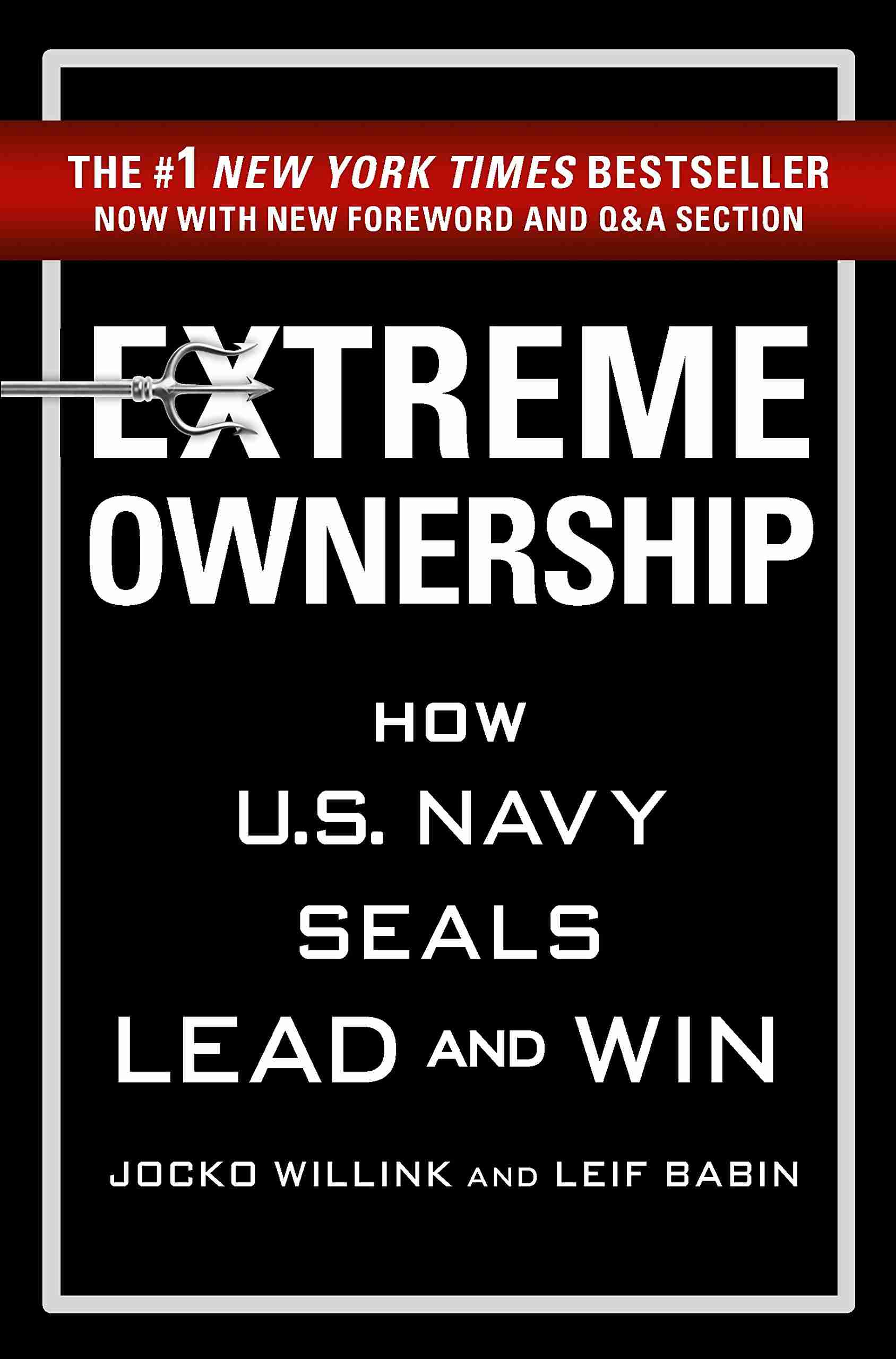 Combat, the most intense and dynamic environment imaginable, teaches the toughest leadership lessons, with absolutely everything at stake. Jocko Willink and Leif Babin learned this reality first-hand on the most violent and dangerous battlefield in Iraq. As leaders of SEAL Team Three’s Task Unit Bruiser, their mission was one many thought impossible: help U.S. forces secure Ramadi, a violent, insurgent-held city deemed “all but lost.” In gripping, firsthand accounts of heroism, tragic loss, and hard-won victories, they learned that leadership – at every level – is the most important factor in whether a team succeeds or fails.

Willink and Babin returned home from deployment and instituted SEAL leadership training to pass on their harsh lessons of self-discipline, mental toughness and self-defense learned in combat to help forge the next generation of SEAL leaders. After leaving the SEAL Teams, they launched a company, Echelon Front, to teach those same leadership principles to leaders in businesses, companies, and organizations across the civilian sector.

Since its release in October 2015, Extreme Ownership has revolutionized leadership development and set a new standard for literature on the subject. Required reading for many of the most successful organizations, it has become an integral part of the official leadership training programs for scores of business teams, military units, and first responders. 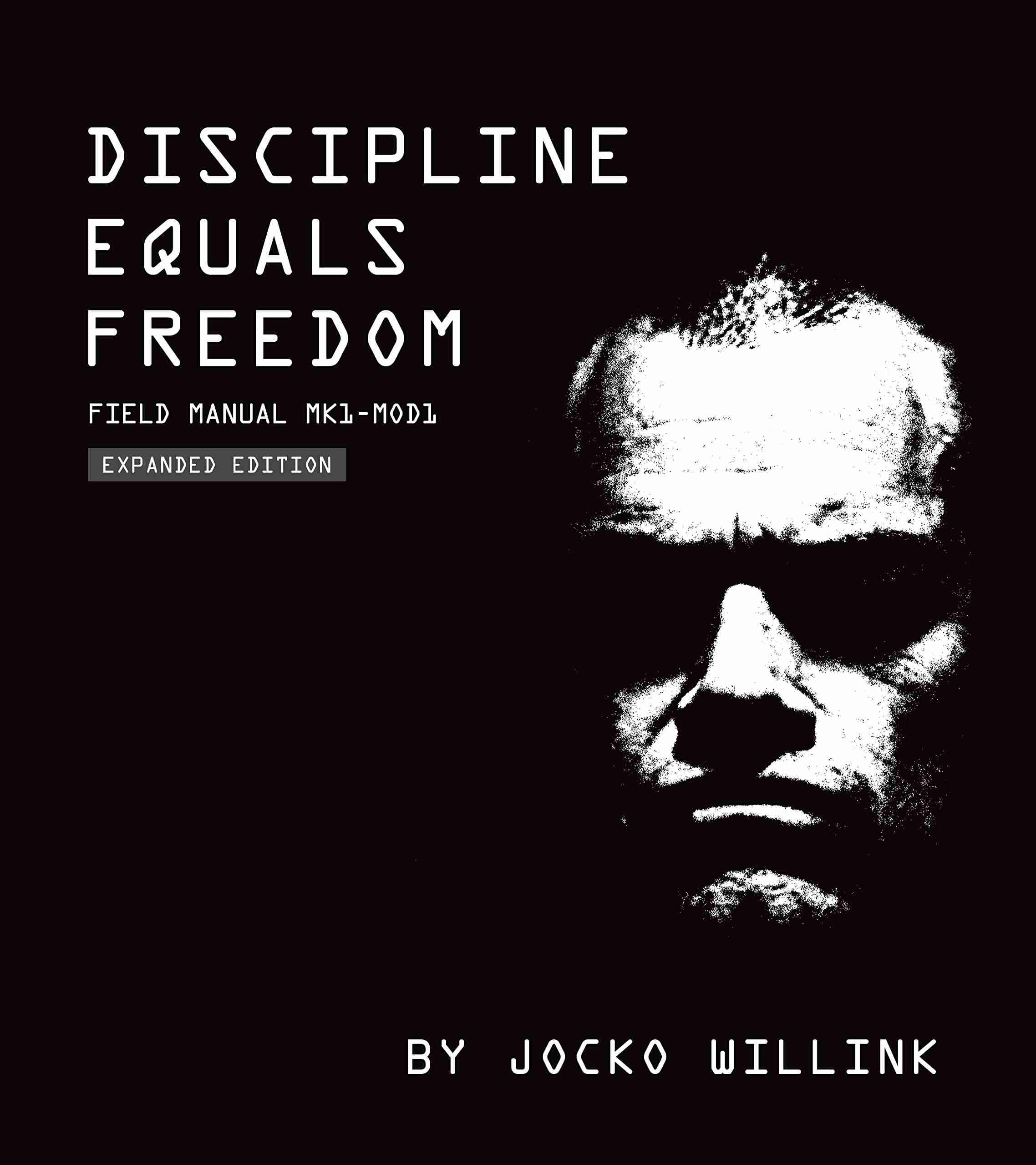 Jocko Willink’s methods for success were born in the SEAL Teams, where he spent most of his adult life, enlisting after high school and rising through the ranks to become the commander of the most highly decorated special operations unit of the war in Iraq. In Discipline Equals Freedom, he describes how he lives that mantra: the mental and physical disciplines he imposes on himself in order to achieve freedom in all aspects of life.

Many books offer advice on how to overcome obstacles and reach your goals – but that advice often misses the most critical ingredient: discipline. Without discipline, there will be no real progress. Discipline Equals Freedom covers it all, including strategies and tactics for conquering weakness, procrastination, and fear, and specific physical training presented in workouts for beginner, intermediate, and advanced athletes, and even the best sleep habits and food intake recommended to optimize performance.

The Dichotomy of Leadership 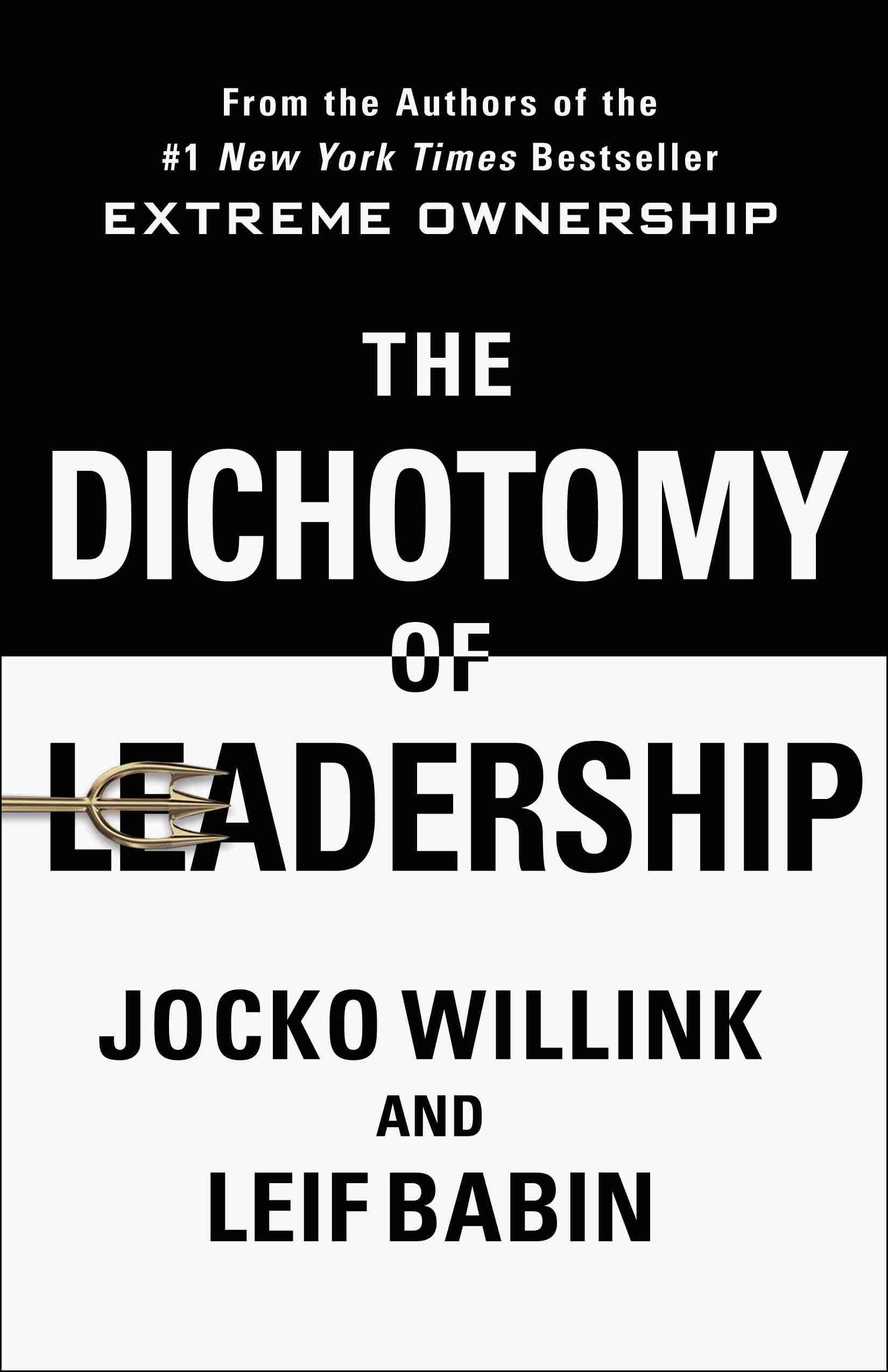 in The Dichotomy of Leadership, Jocko and Leif dive even deeper into the unchartered and complex waters of a concept first introduced in Extreme Ownership: finding balance between the opposing forces that pull every leader in different directions. Here, Willink and Babin get granular into the nuances that every successful leader must navigate.

Mastering the Dichotomy of Leadership requires understanding when to lead and when to follow; when to aggressively maneuver and when to pause and let things develop; when to detach and let the team run and when to dive into the details and micromanage.

With examples from the authors’ combat and training experiences in the SEAL teams, and then a demonstration of how each lesson applies to the business world, Willink and Babin clearly explain The Dichotomy of Leadership skills that are mission-critical for any leader and any team to achieve their ultimate goal: VICTORY. 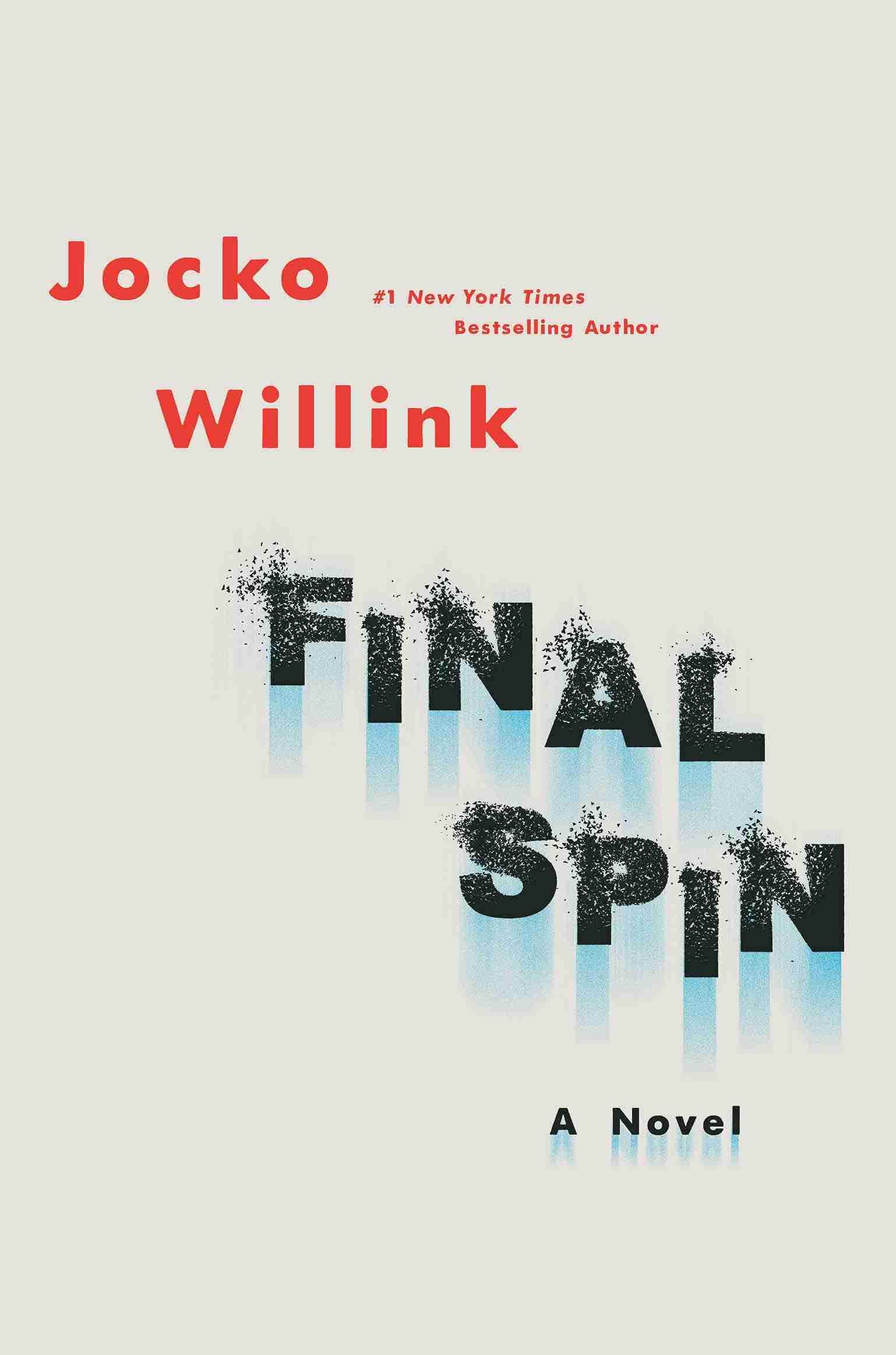 A story of love, brotherhood, suffering, happiness, and sacrifice.

Shouldn’t be in a dead-end job.

Shouldn’t be in a dead-end bar.

Shouldn’t be in a dead-end life.

It’s a hamster wheel existence. Stocking warehouse store shelves by day, drinking too much whiskey and beer by night. In between, Johnny lives in his childhood home, making sure his alcoholic mother hasn’t drunk herself to death, and looking after his idiosyncratic older brother Arty, whose world revolves around his laundromat job.

Then Johnny’s monotonous life takes a tumble. The laundromat where Arty works, and the one thing that gives him happiness, is about to be sold. Johnny doesn’t want that to happen, so he takes measures into his own hands. Johnny, along with his friend, Goat, come up with a plan to get the money to buy the laundromat. 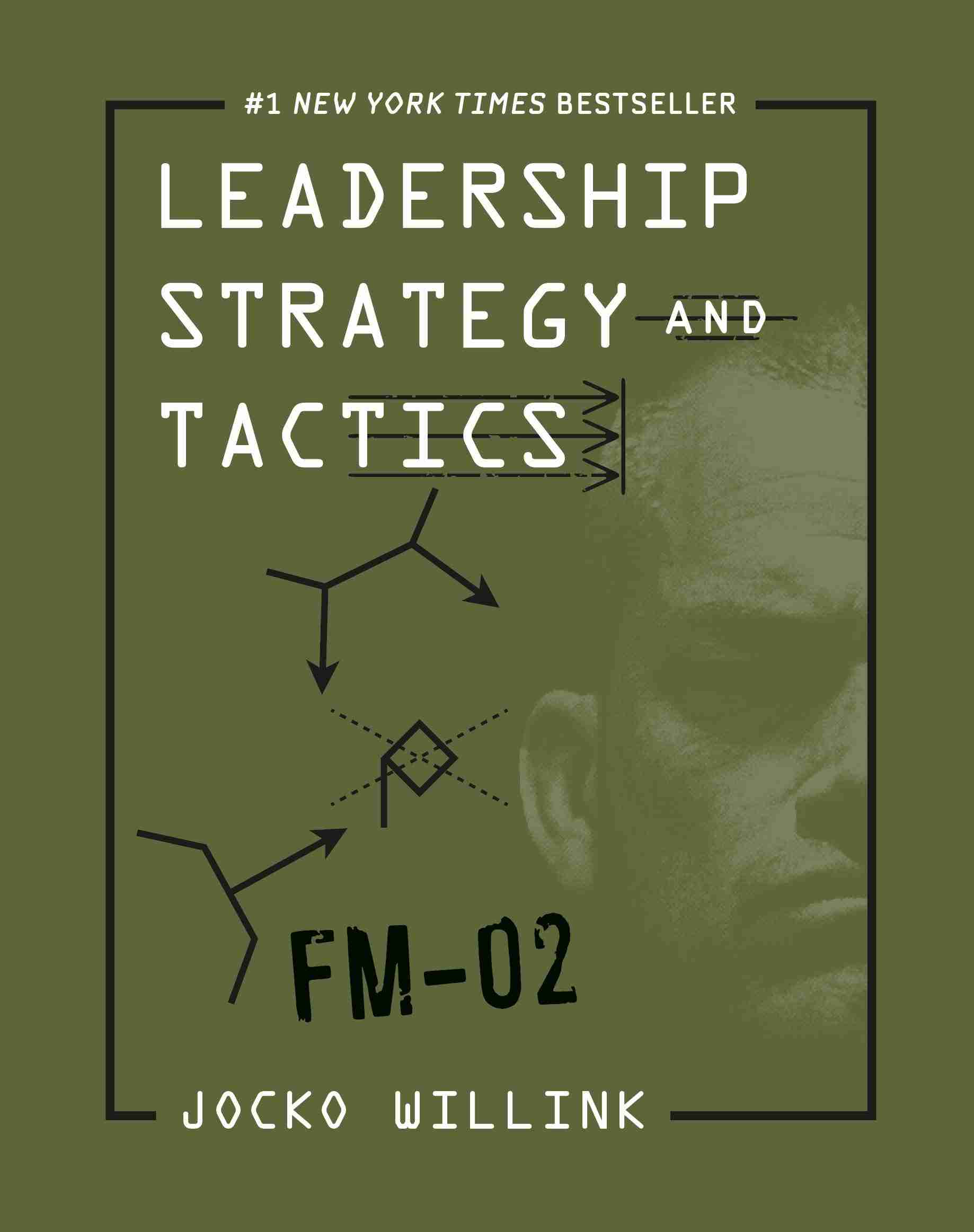 In the military, a field manual provides instructions in simple, clear, step-by-step language to help soldiers complete their mission. In the civilian sector, books offer information on everything from fixing a leaky faucet to developing an effective workout program to cooking a good steak.

While there are books out there that provide solid leadership principles, there is no leadership field manual that provides a direct, situational, pragmatic how-to guide that anyone can instantly put to use.

Until now. Leadership Strategy and Tactics explains how to take leadership theory, quickly translate that theory into applicable strategy, and then put leadership into action at a tactical level. This book is the solution that leaders at every level need – not just to understand the leadership game, but also how to play the leadership game, and win it.

The Code. The Evaluation. The Protocols. 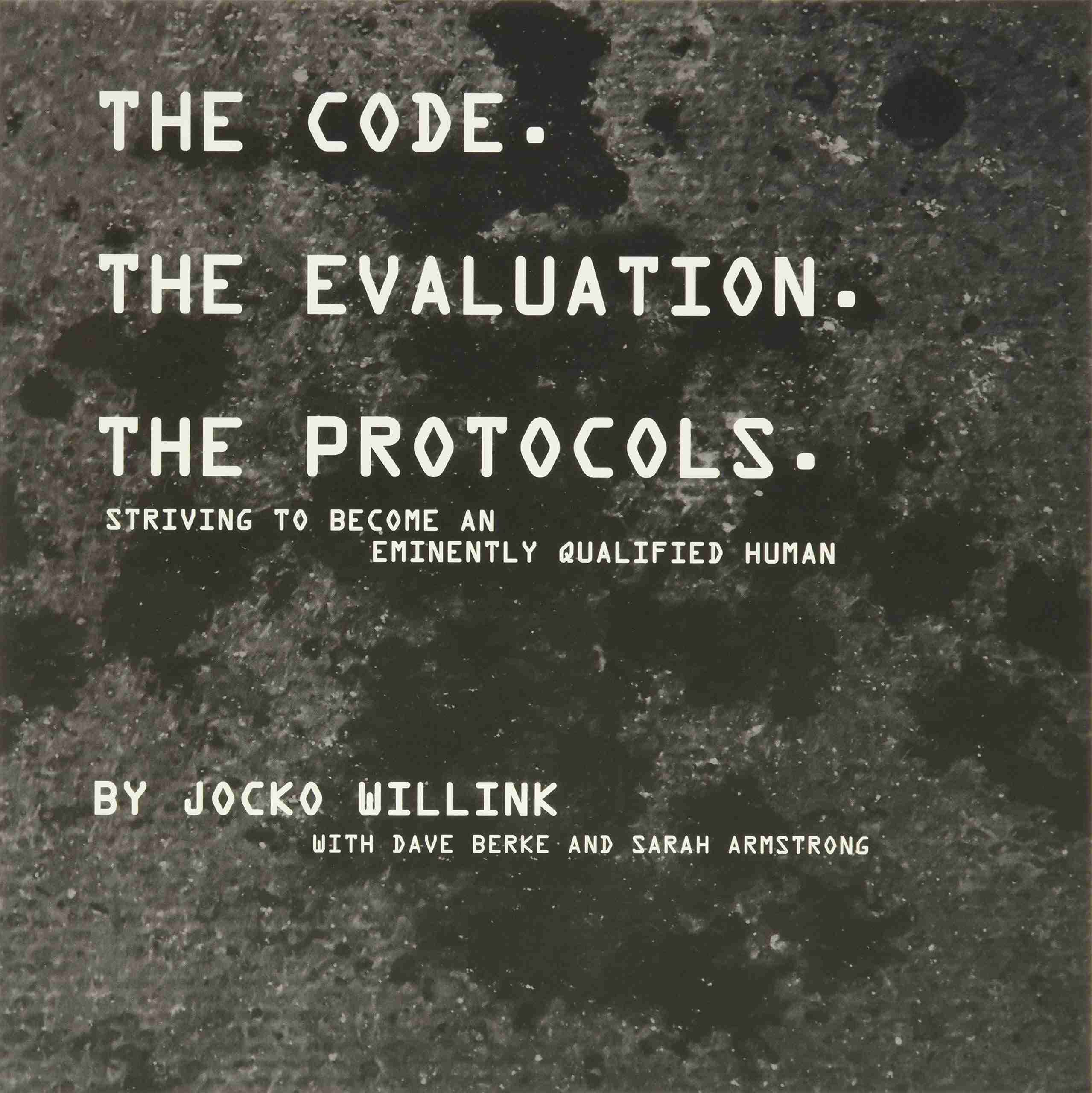 This is not about self-help life hacks. This is a book about standards. Standards you set for yourself. Standards you knowingly may never achieve but strive to reach regardless. The reality is, it’s impossible to measure up to the highest standards in life. No one can truly become an Eminently Qualified Human, but should you be satisfied with just “getting by?”

Should underachieving be an option in life? If you fall short of your goals today should you give up on them tomorrow? No. You should grab ahold of The Code. The Evaluation. The Protocols and get on The Path of Unmitigated Daily Discipline in all things.

Way of the Warrior Kid: From Wimpy to Warrior the Navy SEAL Way 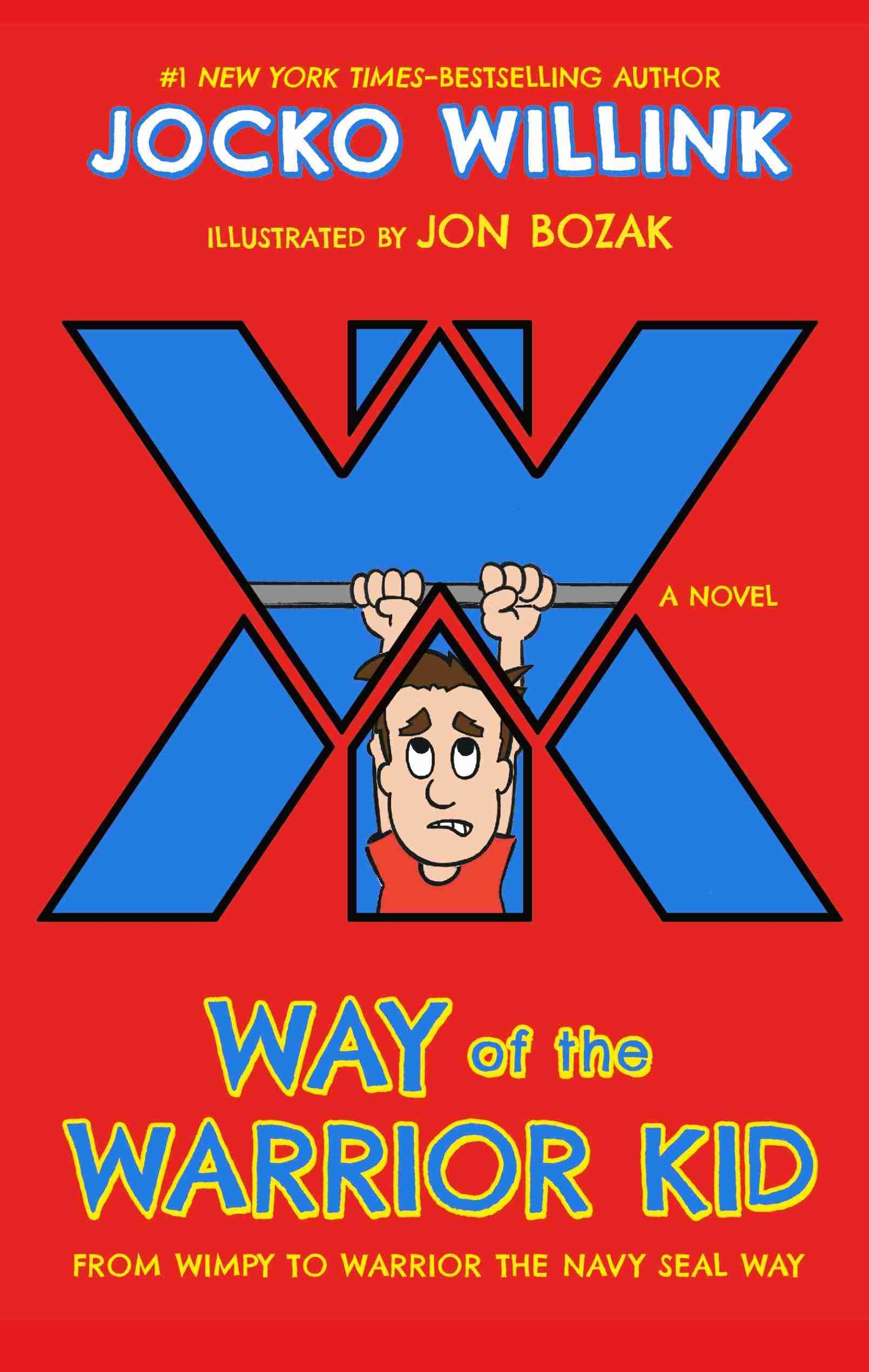 Fifth grade was the worst year of Marc’s life. He stunk at gym class, math was too hard for him, the school lunch was horrible, and his class field trip was ruined because he couldn’t swim. But what was most awful thing about fifth grade? Kenny Williamson, the class bully, who calls himself the “King of the Jungle.”

When Marc’s mother tells him that his Uncle Jake is coming to stay for the whole summer, Marc can’t wait. Uncle Jake is a for real, super-cool Navy SEAL. And Uncle Jake has a plan.

He’s going to turn Marc into a warrior.

Becoming a warrior isn’t easy. It means a lot of pull ups, sit ups, pushups, squats, swimming, eating right, and studying harder than ever before! Can Marc transform himself into a warrior before school starts in the fall – and finally stand up to the King of the Jungle himself? 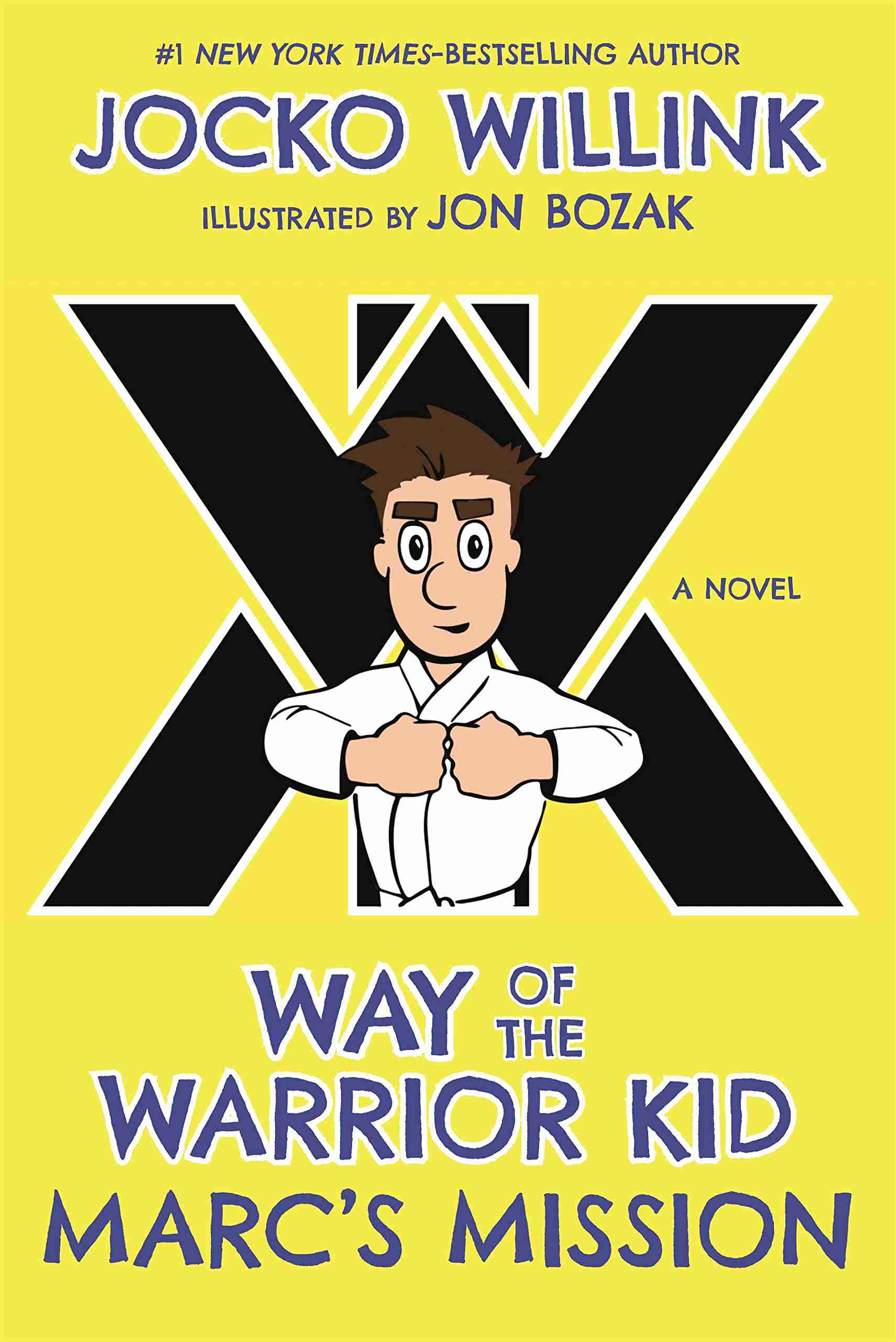 In Way of the Warrior Kid, Marc went from wimp to warrior in one summer. He learned to be strong inside and out, mastered his multiplication tables, conquered his fear of swimming, and even made nice with the meanest kid on the playground (who turned out to be not so mean after all).

Now, in this second book in the middle grade Warrior Kid series, Marc uses what he learned last summer to help another kid who needs a boost. Can he take the skills he learned from his Navy SEAL uncle Jake to instill the warrior spirit in someone who needs his help?

Mikey and the Dragons 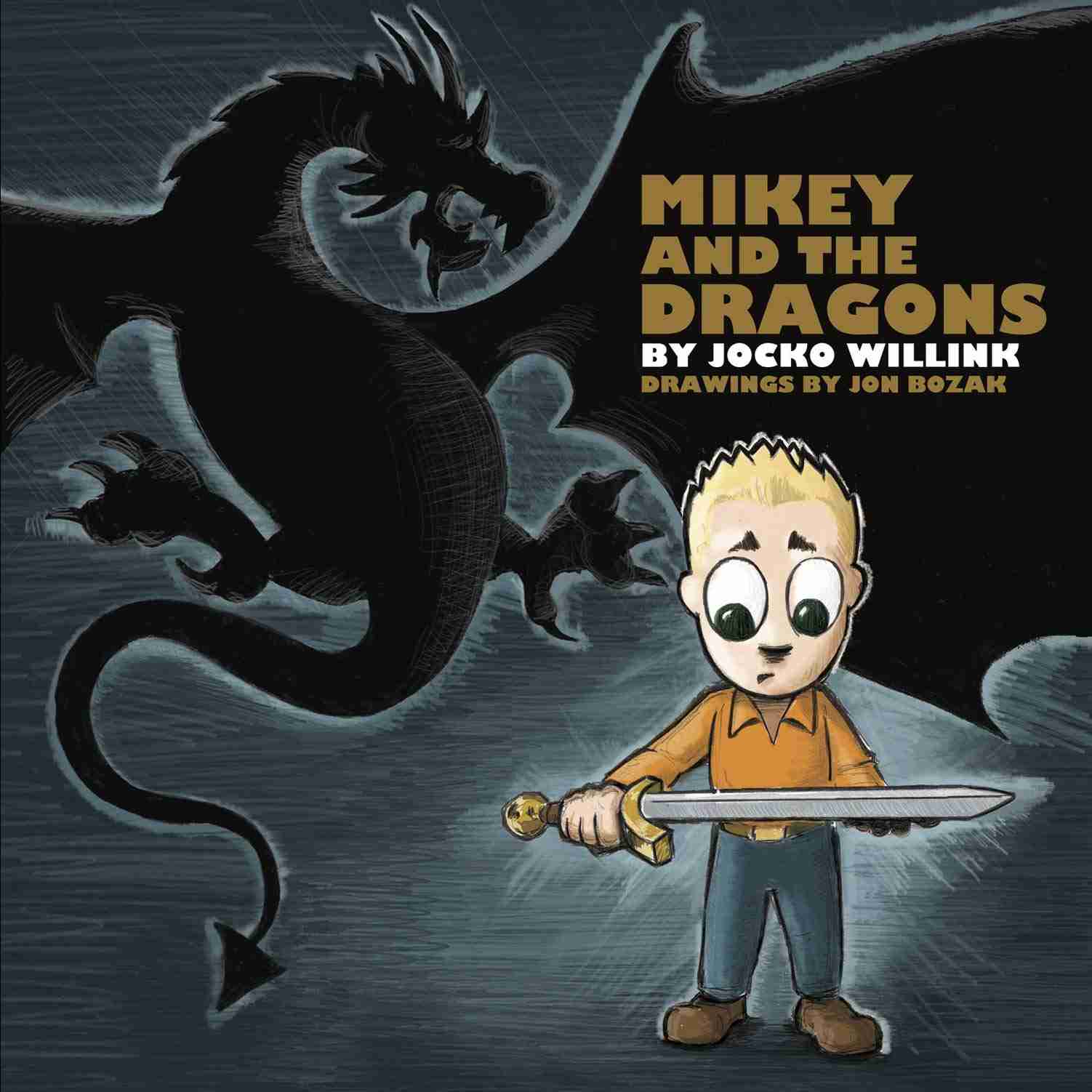 Little Mikey is scared of everything. He’s certain there are creepy crawlies hidden under the rug. He sleeps with his light on to keep the monsters at bay. He’s scared of sharks and snakes even ladders and slides and it all makes him incredibly sad. But, when he stumbles upon an old book that tells the tale of a young boy prince that volunteers to protect his king-less kingdom from hordes of dragons, there’s a chance Mikey might discover that his fears are not quite as big as they seem

Way of the Warrior Kid: Where There’s A Will… 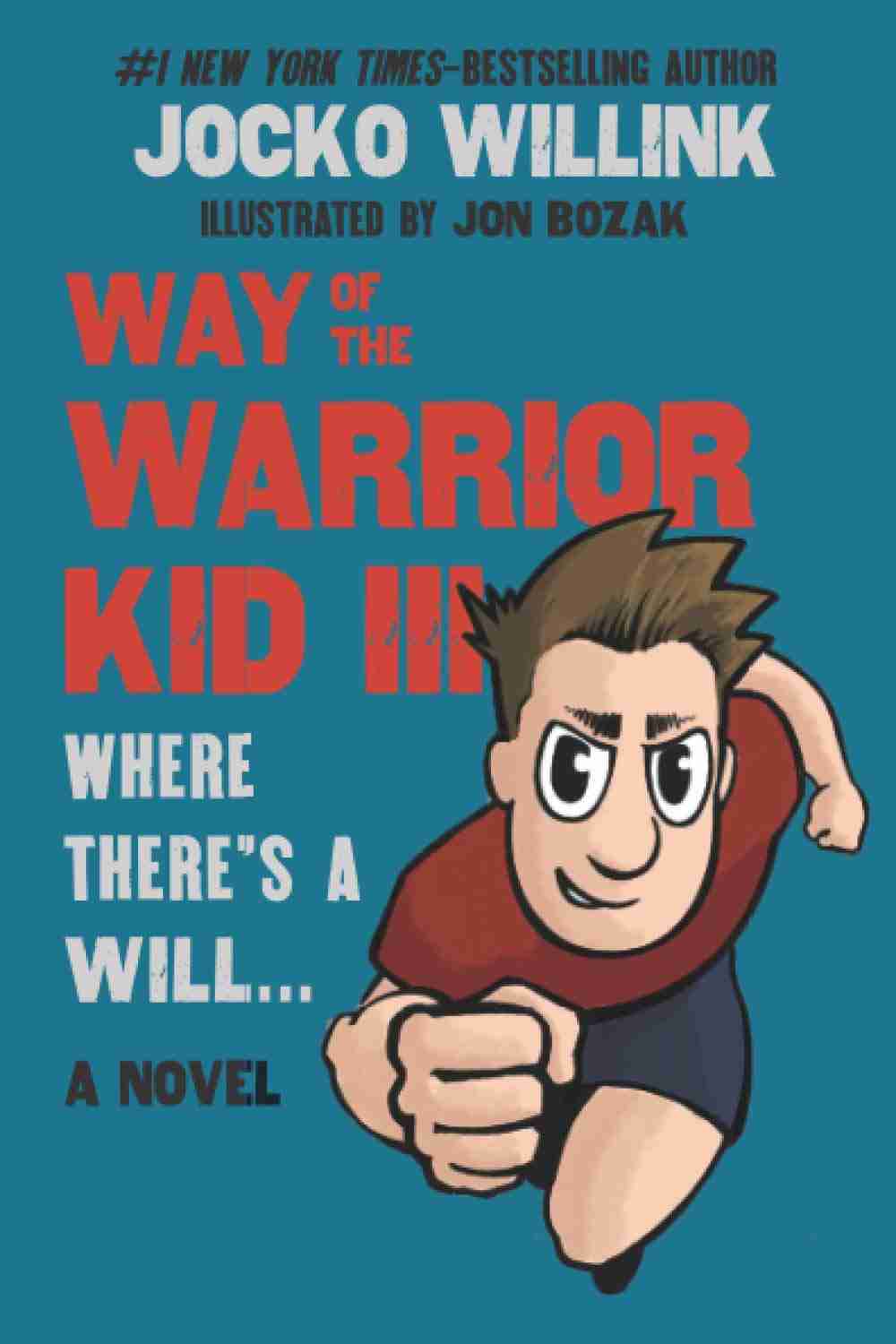 Marc shouldn’t have a single complaint as he finishes seventh grade. He’s done really well in his classes, his friends Kenny and Nathan have joined him at jiu-jitsu, and most important, he’s been staying on the Warrior Kid path. There’s just one problem and that problem is named Danny Rhinehart.

It seems like everything Marc does, Danny does better. Danny runs faster, can do more pull-ups, has jiu-jitsu moves that Marc can’t solve, and is even awesome in school. On top of all that, Danny is too nice – he smiles at everything and it drives Marc CRAZY. Marc doesn’t know what to do.

Luckily, there is some good news: Marc’s Navy SEAL Uncle Jake is back to visit for the summer. Maybe Uncle Jake can help Marc learn to handle a kid like Danny – a kid who is good at everything!

But it won’t be easy. Marc will have to work hard, train hard, and learn to deal with a brand new kind of problem: his own ego. It’s going to be a tough summer, but where there’s a will, there’s a way… 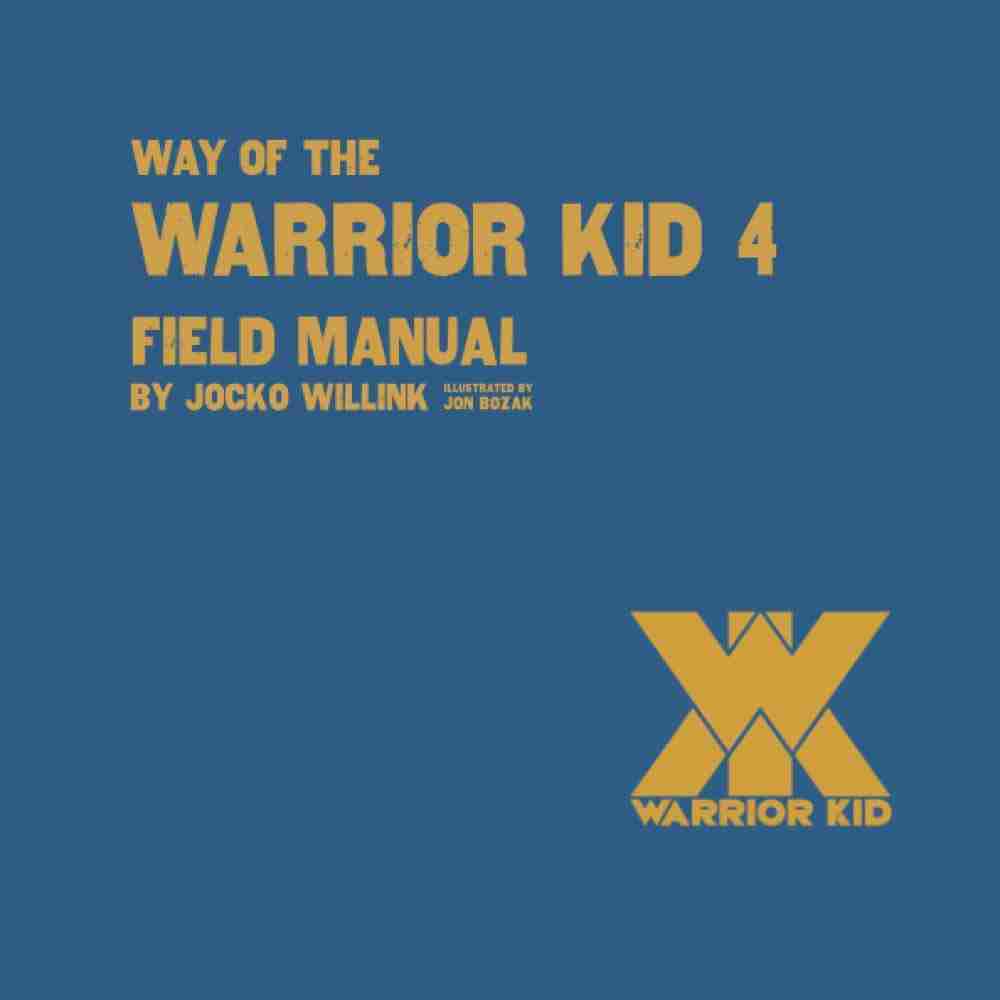 In the Way of the Warrior Kid 4 Field Manual, Marc breaks it all down, like the importance of doing the right thing, keeping your mind and body strong, and maintaining a great attitude. He gives tips for dealing with “boring” classes, “impossible” homework, and “annoying” classmates. He shares how to make yucky vegetables taste good, cleaning your room seem fun, and turning bullies into allies. He shows you how to complete your first or fiftieth pull-up, what your first day at jiu-jitsu will be like, and why the snooze button is NOT your friend.

This gem among children’s books by Jocko Willink has everything a kid needs to get on The Path to becoming smarter, stronger, healthier, and better.

If you enjoyed this guide to books by Jocko Willink, be sure to check out our list of 20 Inspirational Books Joe Rogan Recommends Reading!