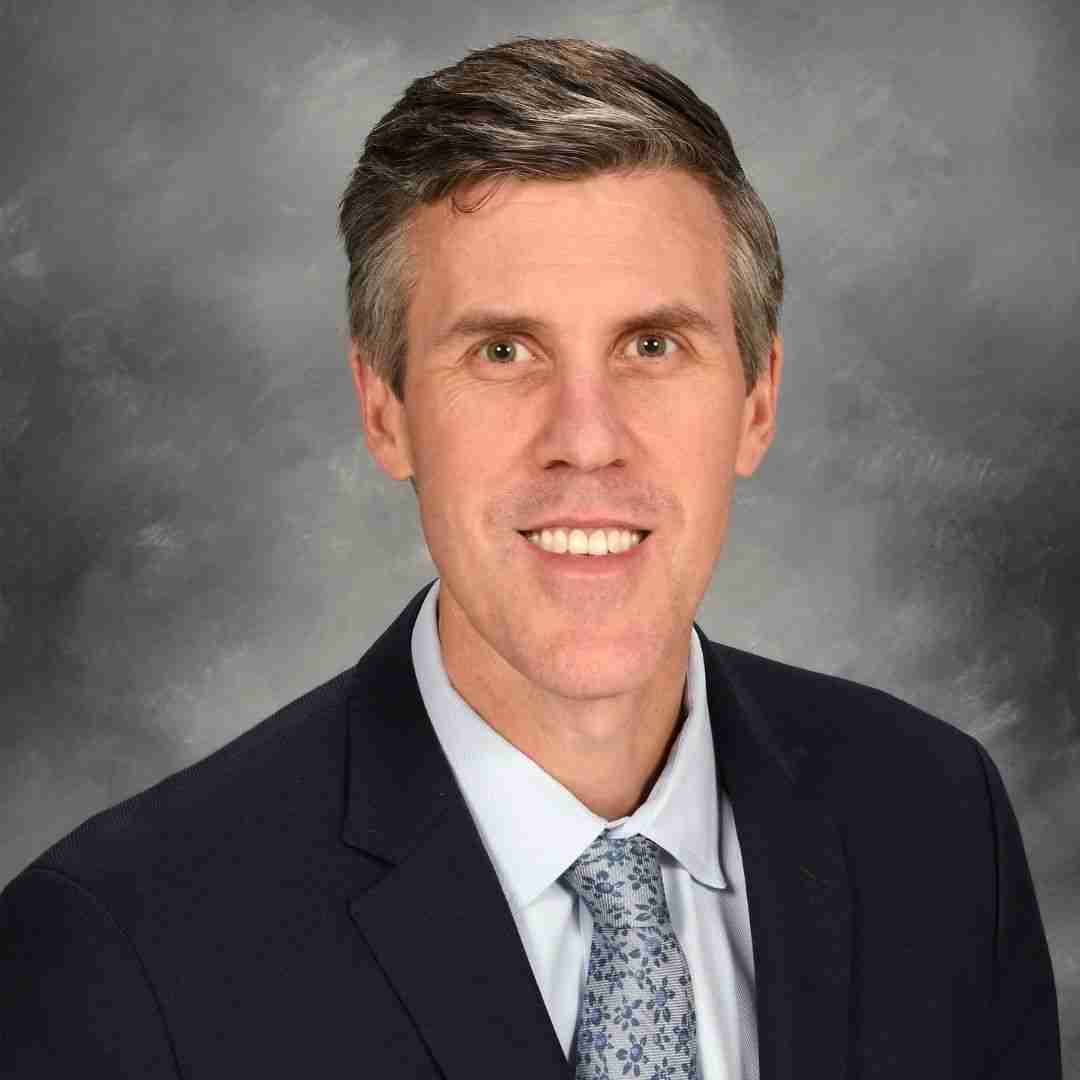 Long before Sysco CEO Kevin Hourican was responsible for managing one of the world’s largest food distributors, he was a lengthy sophomore in high school trying to grasp a new sport, volleyball. Giving the game his all and blossoming in the process, he eventually earned himself an opportunity to travel the country with the Junior Elite Team in the Junior Olympics.

As senior year drew to a close, Hourican was unsure about continuing his volleyball career on the collegiate stage. Nonetheless, having been recruited through his club team, he ultimately decided to attend and athletically compete on behalf of The Pennsylvania State University, in doing so, he understood he would have to undergo many changes to achieve the level of play he knew he was capable of performing at.

Hourican came to Penn State when Lion volleyball was young and the coaching staff was nothing to speak of. Head coach Mark Pavlik, who still helms the program, said he wishes people could have seen Hourican play in his first semester, “he was big, long-armed and legged, but had no high level of volleyball.”

His freshman season, the Nittany Lion’s 1994 roster marched their way to a national championship game against 14 time NCAA champion UCLA. Hourican excelled as a role player that year, his team depended on him to block balls and let superstars like Ramon Hernandez and Ed Josefoski get the kills.

Penn State had never won a national title before, then there was the fact they were staring down the barrel of an undefeated perennial powerhouse loaded with All-American talent.

“We were a stronger team,” Hourican affirmed in a self-penned LinkedIn article. “The players on the other team literally started arguing with each other on the court when they faced adversity. As their team began fracturing and making errors, our team got stronger. Our team was comprised of individuals that understood their role on the team.”

Capping off an unbelievable comeback sparked amidst a daunting fourth match deficit, the Penn State men’s volleyball program made history as they defeated UCLA and became the first team from anywhere other than California to win a national title in the sport – the previous 24 NCAA titles were won by Golden State schools.

“To this day I am approached by people at volleyball events that ask ‘weren’t you on Penn State’s national championship team?'” Hourican says. “After a brief conversation they state that they were inspired by our victory over UCLA. They were either inspired to work harder with their own team, or work harder in their career, but, bottom line, they state that they now strive for more. it is an honor and a privilege to be a part of our first national championship.”

The following year, his sophomore season, Penn State and UCLA met again on the national championship stage and the latter won their 15th NCAA title. Though Hourican certainly remembers the details of the winning match, he can recount the match they lost much more vividly, he remembers everything about that loss.

“I have heard from other top athletes that setbacks in their careers became their personal fuel to become better/stronger/faster. In business, people with a growth mindset take setbacks and disappointments as opportunities to grow, improve, and get stronger,” he observes. “I know that in my professional career my biggest periods of personal growth came in moments of failure.”

He went on to compete on the global stage with the US Men’s National Volleyball Team while pursuing his graduate degree. As his time at Penn State and on the court came to a close, he told a school newspaper, “volleyball has exposed me to things I never would have seen. But I am ready for the real world.”

The Career of Kevin Hourican

In 1996, Kevin Hourican stepped into the private sector with an undergraduate degree in economics and a master’s degree in supply chain management from The Pennsylvania State University. It wasn’t until 2003 that he’d make some promotional headway and be named a director of strategy and regional director of stores for Sears.

By 2006, Hourican had moved on to the role of senior vice president of consumer logistics for another retailer, Macy’s. Over the course of his first three years there, he designed and built two highly automated distribution centers to support over $1 billion in direct-to-consumer business. Furthermore, he managed all service and financial aspects of logistics operations supporting direct-to-consumer practices at Macy’s.

Between 2009 and 2012, he was responsible for the management of 110 department stores hauling in $3 billion of annual revenue in the Mid-Atlantic region.

Whether this took place at Sears or Macy’s is unclear, but Hourican once wrote about an instance where he was leading operations for a major retailer’s website, and their systems crashed repeatedly. The system’s instability hurt productivity, and they were encountering major issues getting all their customer’s orders out on time during that holiday season.

“I learned about leadership, resiliency, contingency planning, and the need for quality communication during that challenged holiday season,” he noted. “I experienced major growth through adversity.

2012 brought with it a move to the greater Boston area as Kevin Hourican accepted a new position with a new company, CVS Health. As senior vice president of operations for the East division of CVS Pharmacy, he oversaw nearly 5,000 stores and more than 110,000 colleagues in 21 states, the District of Columbia, and Puerto Rico.

“We’re pleased to have Kevin at the helm of CVS Pharmacy,” Jon Roberts, chief operating officer of CVS Health, said at the time. “He has a proven track record of bringing innovative new programs and services to our patients and a strong ability to lead our retail pharmacy team. We believe that Kevin will bring his extensive consumer and retail skills to our front store business as well and I have no doubt he will be able to further transform our stores to become the front door of health care for consumers, patients and caregivers.”

Only months later, the company hashed out a nearly $70 billion merger with health insurer Aetna. Hourican subsequently oversaw the rollout of CVS Pharmacy’s HealthHUB store format as it has sought to bring together its retail offering and Aetna and serve as a healthcare destination.

“One of the things I’m most proud of about my time in healthcare is improving customer experience,” he says. “Insurence rejects were a huge pain point and that company [CVS Health] did a lot of great work to help reduce the pain of insurance rejects, improve medication adherence, and frankly make the overall shopping experience dramatically better than it was.”

In January 2020, it was made public that Kevin Hourican would be the next CEO of Sysco, one of the world’s largest food distributors, effective February 1. The multinational corporation is involved in marketing and distributing food products, smallwares, kitchen equipment and tabletop items to restaurants, healthcare and educational facilities, hospitality businesses like hotels and inns, and wholesale to other companies that provide food service (like Aramark and Sodexo).

Hourican released the following statement, “I am thrilled to join the Sysco team. Sysco has an exceptional business model and significant headroom for profitable growth.” Unbeknownst to the world, pandemic life would begin taking shape in the few short months ahead, many consumers started to cook and eat from the safety of home, which hurt the food-service industry.

Not to mention, dining restrictions squeezed sales and profits of restaurants, forcing thousands to shut down for good. Producing a ripple effect, these harrowing market conditions dealt a massive blow to Sysco, as their 2020 fourth-quarter earnings report (ended June 27, 2020) documents that sales decreased 42.7% and gross profit decreased 47.4%, compared to the same period a year prior.

Recognizing his primary customers had the deck stacked against them, one of the first key decisions Sysco CEO Kevin Hourican made, whilst also being the first national foodservice distributor to do so, involved the elimination of order minimums – meaning, struggling restaurant owners no longer needed to worry about hitting a carton count or reaching a dollar figure threshold before placing their orders for food and such.

After asking their customer base what Sysco can do to make their lives easier, in May 2021, company executives presented a strategy update and highlighted initiatives to transform Sysco into a more growth-oriented, purpose-led, agile, innovative, and customer-focused company. The plan is called the “Recipe for Growth” and is designed to help Sysco grow 1.5 times faster than the market by the end of FY24 through five strategic pillars:

Simultaneously, the company announced a plan to lower its debt as part of a wider push to boost the balance sheet and invest in its business. Sysco expects to pay down $1.5 billion in debt by the end of its next fiscal year, which ends in June 2022.

“Sysco’s strategy is built upon its commitment to a balanced capital allocation strategy – investing for growth, while preserving our strong balance sheet and investment grade rating and returning value to our shareholders,” said Aaron Alt, Sysco’s chief financial officer.

Kevin Hourican is also seeking ways to implement effective retail industry tactics into Sysco’s business-to-business model. “We essentially view the mom and pop restaurant owner as our end customer and we need to make it easier for them to do business with Sysco and inspire them to buy more,” he told Chain Drug Review in an interview, before diving into several ways to accomplish that goal.

When Hourican took the helm of this food distribution giant on January 1st, 2020, Sysco stock was trading at $84 a share, due to the pandemic’s economic effects, by March 20th the stock’s value had plunged to about $35 a share. Today, as of early December 2021, the stock has largely rebounded and is valued at $73.22 per share.

Although declines in sales and gross profit are never acceptable, keep in mind, Sysco’s fiscal year ends in late June/early July, thus the worst effects of the pandemic are potently reflected and split between both the 2020 and 2021 reports. Consumer behaviors along with government restrictions hit hardest in March 2020, severely impacting Sysco’s fiscal 2020 fourth quarter; the pre-vaccine months shortly thereafter had their unfortunate impact on the first half or so of Sysco’s fiscal 2021 report.

If you enjoyed this story covering the life of Sysco CEO Kevin Hourican, be sure to check out our biography of Albertsons CEO Vivek Sankaran!