Ricky Gutierrez on How to Grow a YouTube Channel 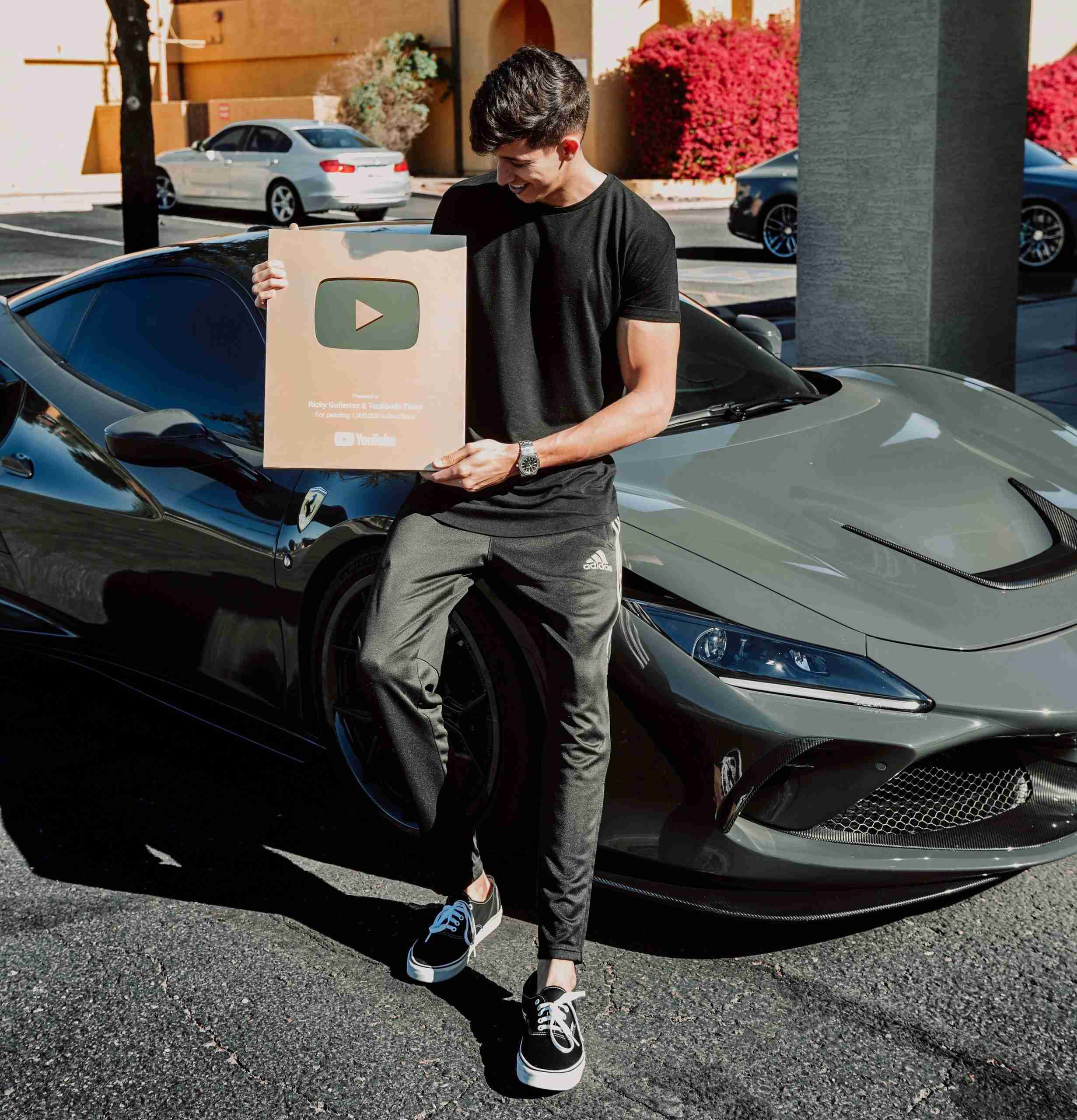 Imagine being able to make a decent living by filming and uploading videos made from home; not only that, but the contents of these videos are nothing more than you acting out or discussing activities and topics you already enjoy! Doesn’t sound like a bad deal, right?

Further exploring this possibility, we’ve invited day trader Ricky Gutierrez, who recently surpassed 1 million subscribers on the platform, to share with us his top three tips on how to grow a successful YouTube channel.

For those under the impression that the ship has sailed for them, it’s too late to make it big on YouTube, remember, as of 2021, there are approximately 1.86 billion YouTube users worldwide, up from 1.47 billion in 2017. It’s estimated that by 2022, there will be 210 million viewers in the United States, up from 192 million in 2018 – that’s over 60% of America’s total population (including babies and the elderly!).

There may have never been a better time to launch a YouTube channel and begin sharing content unique to you than right now.

Tip #1: Be Yourself, Stand Out

“I never started a YouTube channel because I thought one day it could have one million subscribers,” Ricky Gutierrez says. “I was really just wanting to make videos about things I was interested in, wanted to do, and desired to learn more about.”

In addition to producing content revolving around topics he genuinely found interesting, when Ricky first started uploading videos from his college living quarters in 2015, he noticed that there weren’t many creators in the finance niche who were his age and figured it would be refreshing, relatable, and perhaps a breath of fresh air for people to see a younger person documenting their financial journey.

“What can you bring to the table that is going to be different” he encourages aspiring YouTubers to ask themselves. “If you regurgitate the same content that other people are making, then you have no edge. Whether it’s the way you express a message or edit the videos, there has to be that ‘it’ factor to compel somebody to follow your channel.”

Before stressing about how to get views and monetized, identify those hobbies, activities, and subjects you’re already intrigued by, and figure out a way to share quality content about them that has been infused with your own unique personality.

As far as growth hacks such as collabs are concerned, Ricky believes, “when I’d get featured on other channels, it was because everything I did early on – being myself and standing out – attracted other creators to collaborating with me.”

Keep in mind, everybody grows their channel at a different pace, and as long as you’re enjoying the process, that’s what matters most.

“After a year of uploading videos almost daily, I got my first paycheck for $140.00 from Google,” he recounts. “When you think about it, uploading videos every single day for about a year and then one month receiving a $140.00 paycheck, strictly monetarily at least, makes no sense! Why invest so much time for so little? It just goes to show, YouTube was a hobby I truly enjoyed and my initial intentions had nothing to do with money.”

Although there are countless resources citing posting videos consistently as paramount to being rewarded by YouTubes algorithm, one less technical way to digest this advice is, logically speaking, more content means more exposure, and thus, a greater chance of being discovered by users otherwise unaware of your channel.

“If you want to see consistent growth, you’ve got to put in the work,” Ricky says. “My team and I were uploading consistent videos every single day. I feel like that is an element at play for anybody who experiences success.”

For example, Ricky hosts Sunday stock talks, it’s a weekly video he uploads every single Sunday at 6:00 pm, and it started randomly around four years ago. He began to notice that a lot of people appreciated being able to depend on him showing up every Sunday, the evening before the market opens.

Now, like clockwork, members of the day trading community gather over his online stock talk and break down companies they all potentially see value in for the upcoming week. These viewers know they can always rely on him to be there, if they need him.

The requirement for YouTube monetization Ricky had to meet was earning over $100.00 in a single month. In recent years, the rules have become a bit more demanding, YouTube now requires a content creator to have 1,000 subscribers to their channel and to have generated over 4,000 Watch Time hours over the last 12 months, among other qualifications involving policy compliance, etc.

Don’t be discouraged, back in 2019, YouTube also reported two billion people logged in to the platform daily and one billion hours of video watched per day, which are numbers that have surely increased since then. Your subscribers and view hours are out there, its just a matter of producing content and trusting the process.

“I was home, in my parent’s living room, and I received my first paycheck over $1,000,” he said, recalling the moment he finally earned the equivalent of minimum wage. “I remember thinking, DUDE, I am going to be earning $12,000 a year from making YouTube videos. It was insane to me! It was mind-boggling that I’m creating little videos I edit off of my I Movie, upload them to this website, and then that site pays me based on the attention they get.”

One thing Ricky Gutierrez wishes he would have taken better advantage of earlier is cross-promoting. At one point, he had 100,000 subscribers on YouTube, but only 10,000 followers on Instagram – why not get creative and discover ways to leverage the YouTube content he was already producing.

Though, before doing so, it’s beneficial to understand the nuances of each social media platform. While it’s difficult to grow organically on Instagram, it’s also a more personal way to connect with somebody. On another hand, YouTube is a great way to organically grow a following, and on top of that, a great tool for expressing and relaying a message. Then you have Tik Tok, which is a great platform for going viral.

“Understanding these different social media’s and the intention behind them, I feel like you can utilize the same core content, but in different, more appealing ways per each platform,” he says. “Don’t be afraid to cross-promote on other platforms, just maybe relay the message in a more attractive way curated to the expectations of each social media’s audience.”

What the Future Has In Store

When asked about his thoughts on recently surpassing 1 million subscribers on YouTube, Ricky shifts the focus to his loyal viewers, an ever-growing group of people he is very familiar with. “I’m extremely grateful for every person who subscribes to me, and want to give a special thanks to those who have been there for me since the earlier days, I know many of their names, and have always appreciated their suggestions, along with our dialogue in the comment section.”

Moving forward, regarding his YouTube content, Ricky Gutierrez hopes to improve on the basics he’s outlined over the course of our discussion.

“You begin to run out of ideas, it’s almost like writer’s block in a way, let’s call it content block” he jokingly shares. “I would like to get back to the basics, creating content on things I like to to do and just not being so focused on stock market material. I think I always need to remind myself of that. I should be creating content based on my personal interests, however diverse they may be. It’s important to stay true to the core reason why you first started uploading videos.”

If you enjoyed this story on how to grow a YouTube channel, with Ricky Gutierrez, be sure to check out our guide to Day Trading Rules Beginners Should Know!