A Guide to Oakland Bookstores 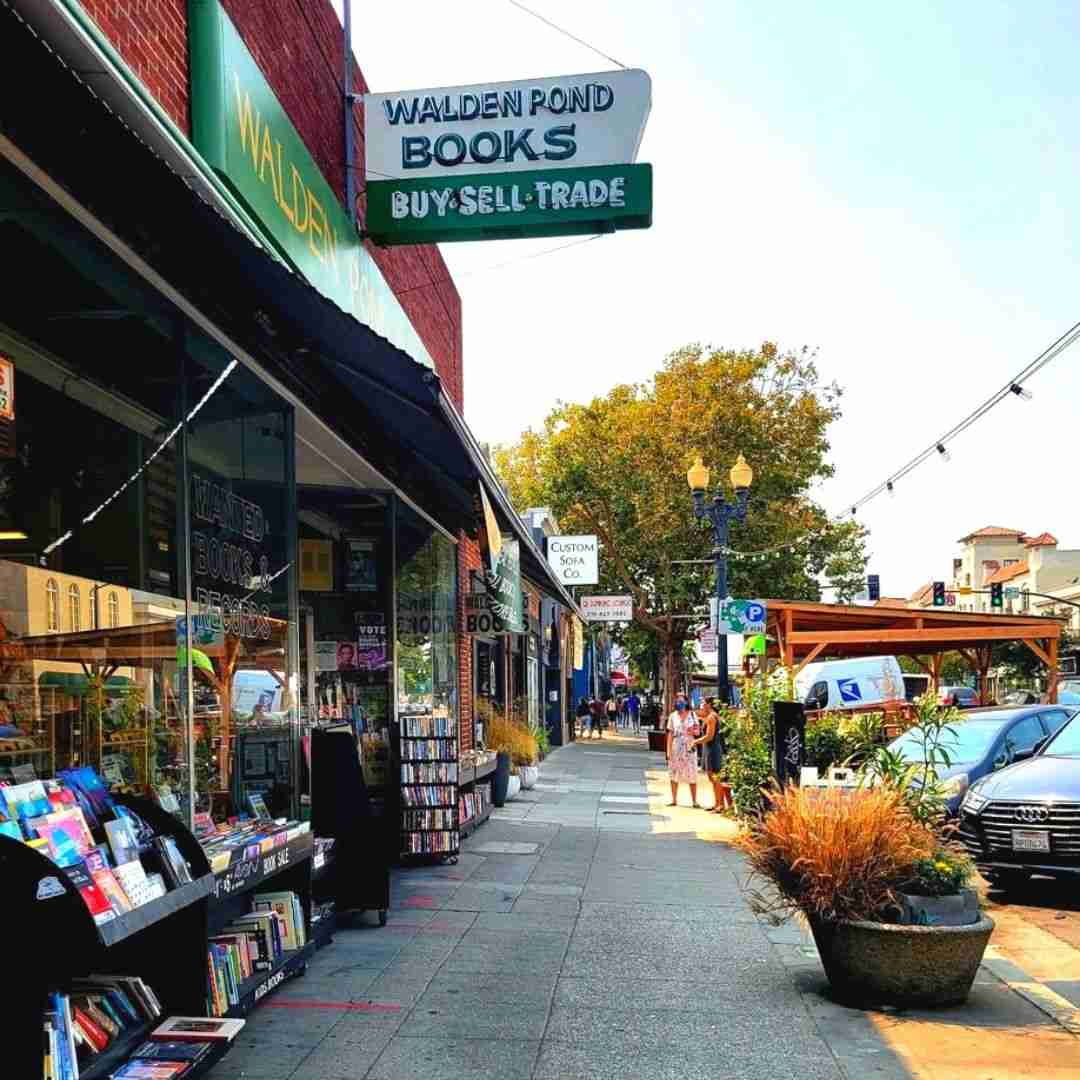 Nestled near and dear to the tree-lined shores of Lake Merritt, a large tidal lagoon that lies just east of downtown, Walden Pond Books is a red brick-wrapped, glass storefront sporting literary landmark among Oakland bookstores. The name comes from Henry David Thoreau’s Walden or Life in the Woods, as the original location on Grand Avenue was a combination book and plant shop.

Inside, you’re sure to find a mix of new, used, and really any titles your heart may desire, even treasures you didn’t quite yet realize you’d love! Don’t hesitate to ask the staff for help, they are attentive and kind, must have something to do with how – deep within the age of Amazon – this family-owned independent bookseller is standing tall, as it has since 1973.

A neighborhood fixture in the Rockridge district since 1969, Pegasus Books carries a tremendous selection of new, used, and sale books in all categories. A fortuitous voyage over to the used section will rather impressively reveal recently published, popular reads in great condition for under $10! Furthermore, every time you shop, you get a 20% off coupon to buy an item the next month.

Pegasus carries the most beautiful selection of cards and blank books in the Bay and packs hundreds of titles into a carefully chosen magazine section.

Amy Thomas bought the store from Founder Matt Wyse in 1995; she is a founding board member of the local independent business alliance Buy Local Berkeley, and has served on the executive board of the non-profit River of Words as well as the ABA’s American Booksellers for Free Expression.

As the nation’s oldest black-owned independent bookstore celebrating over 6 decades of excellence, Marcus Books provides opportunities for locals and visitors alike to learn about and recognize the societal contributions of people of African descent all over the globe. Based on an understanding that literature is essential to building cultural competency and intellectual awareness, African makers of literature and art enjoy an exclusive spotlight here.

As meaningful a cultural center for the arts as anywhere else so dubbed in the East Bay area, Marcus Books also features eye-catching, thought-provoking murals upon its red brick exterior. 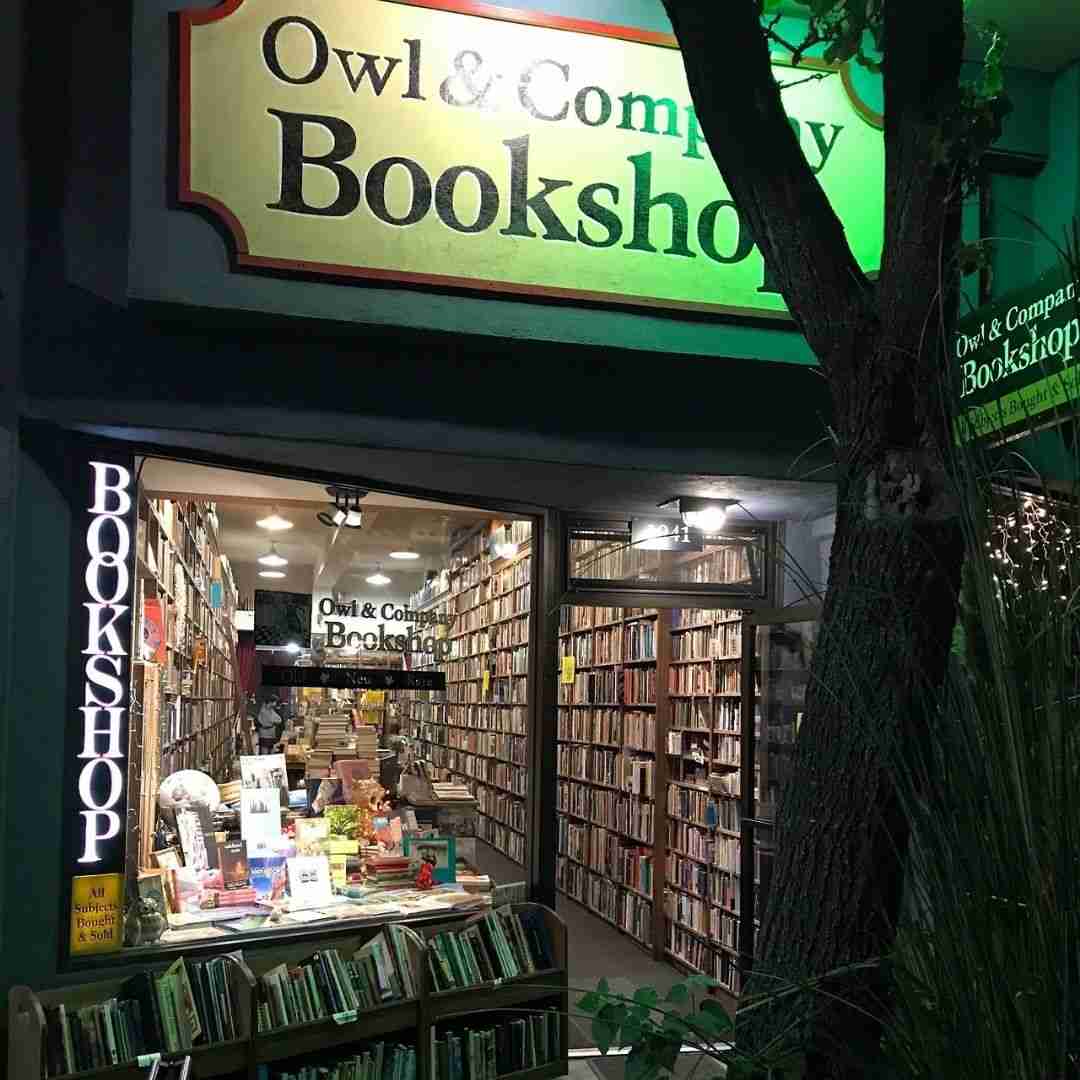 A secondhand bookshop with majestic charm and great reads piled floor to ceiling on dark custom wooden shelves, Owl & Company serves as a frequented destination for bibliophiles of all ilks. From the new to a sizable selection of Spanish language material to Spirituality in all facets to rare collectibles and everything out of the ordinary in between, there’s a title for everybody.

Looking to recycle some knowledge by clearing up space on your shelf back home? They’ll offer trade credit for used books. At this time, cash offers are for select subjects only. 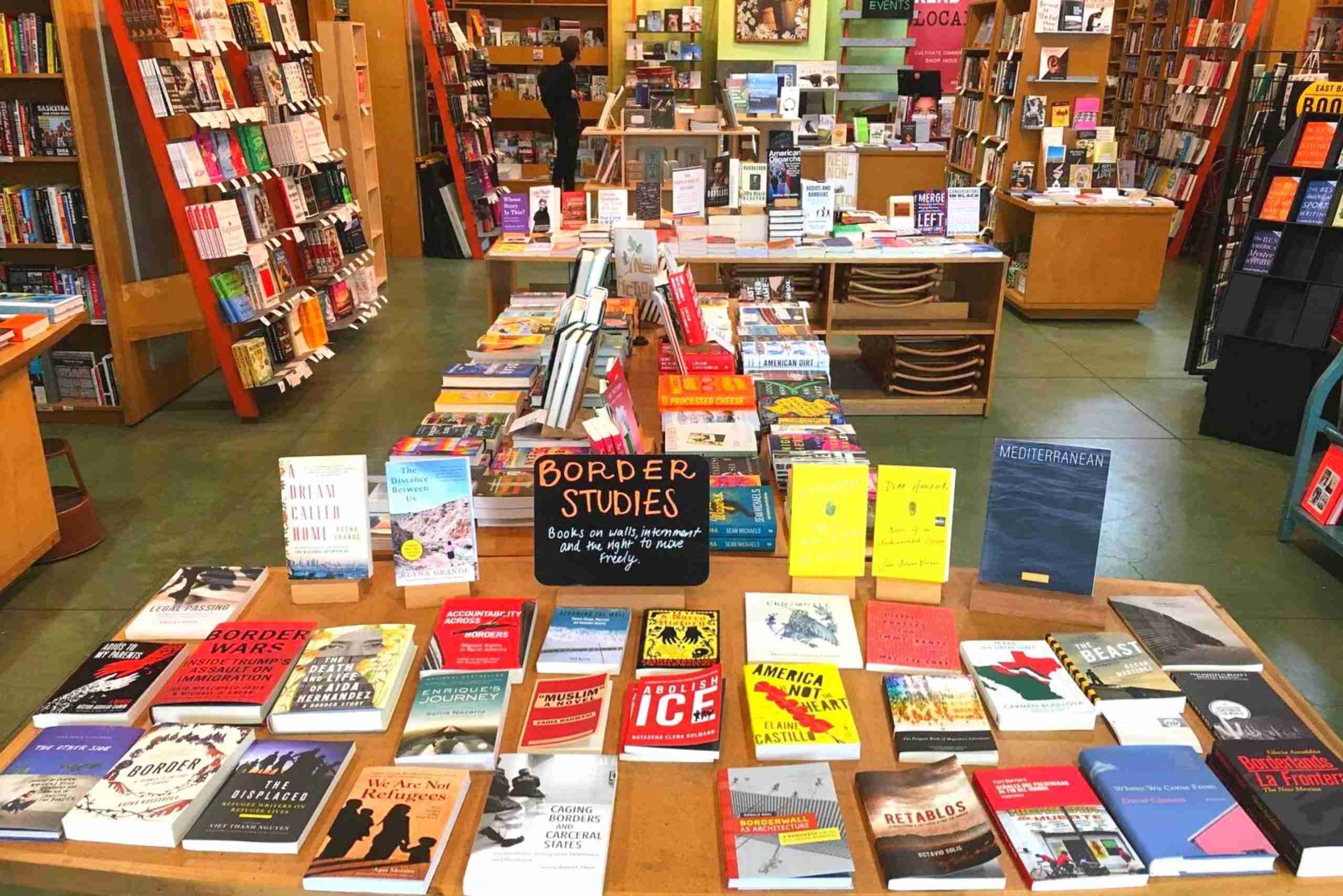 For nearly 30 years they were DIESEL, A Bookstore, then in September 2017, a store manager (with the help of the surrounding community) bought the whole place out! The now more appropriately named East Bay Booksellers building is huge, big enough for a bowling alley actually, and it’s filled with tens of thousands of promising new titles. Having been a community sounding board for decades, these hallowed rows of shelves continue to serve as a safe place amidst inevitable change, a steady discovery zone in its wake.

A Great Good Place for Books 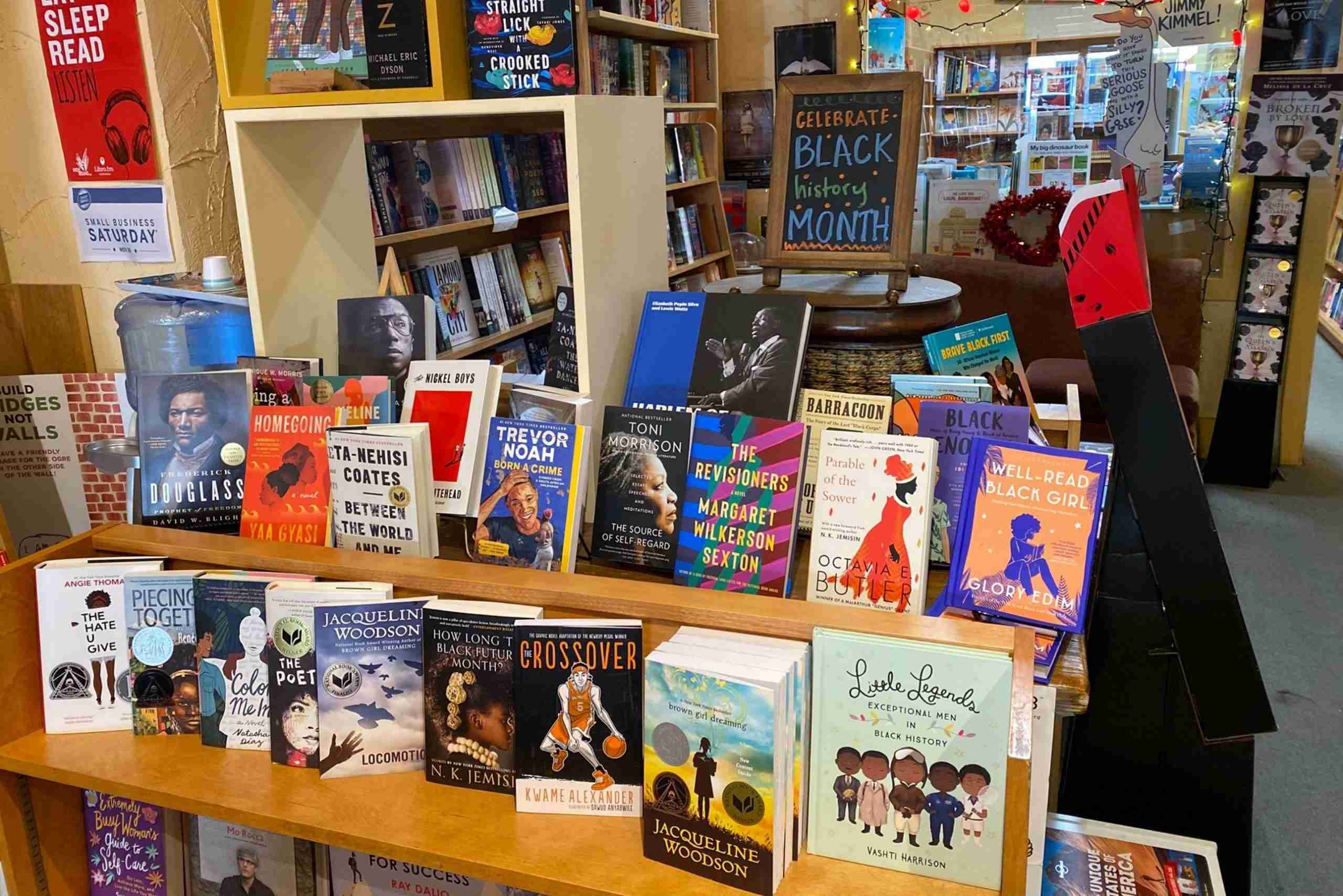 A Great Good Place for Books began its life in 1997 as 2nd Edition, a used bookstore. In 2001, 2nd Edition closed its doors and reopened as a roomy shop for new books whose name is a nod to the nonfiction title by Ray Oldenburg: The Great Good Place. The literary outpost has brought and continues to bring many authors to Montclair Village, including Anne Lamott, Jane Smiley, Khaled Hosseini, Peggy Orenstein, Rebecca Miller, Dave Barry, Henry Winkler and Gayle Forman (to name just a few). 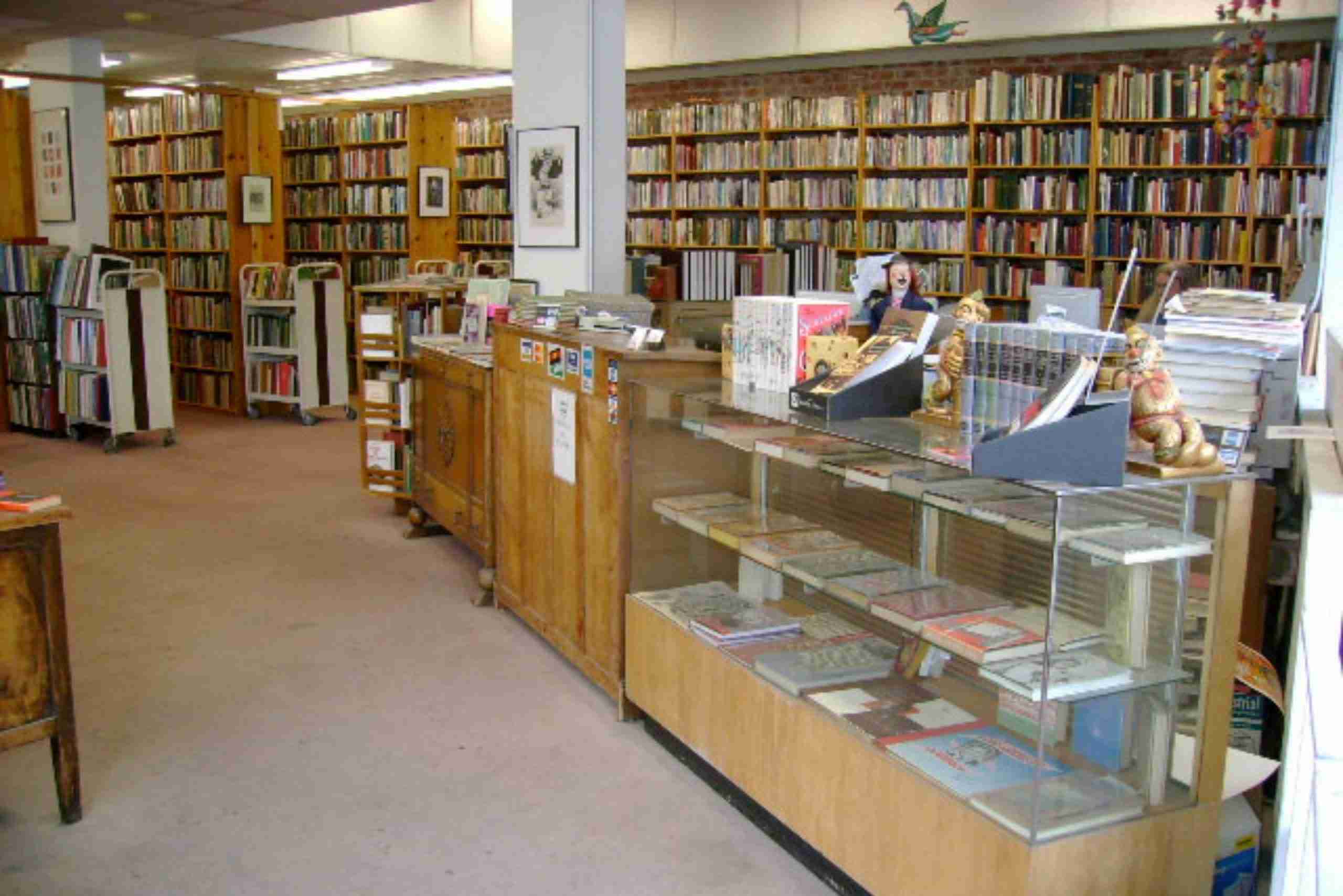 Originally founded in the North Beach district of San Francisco in 1974, since relocating, Bibliomania embodies one of the most precious independent Oakland bookstores there is. They are in possession of some of the Bay Area’s finest rare books, so if there’s an out-of-print title you just need to get your hands on, this is a great place to begin searching, among their 90,000 books and 100,000 pamphlets. Keep in mind, you’re gonna want to be extremely careful with the delicate books on display and on occasion, there may be directions regarding how to go about handling them. 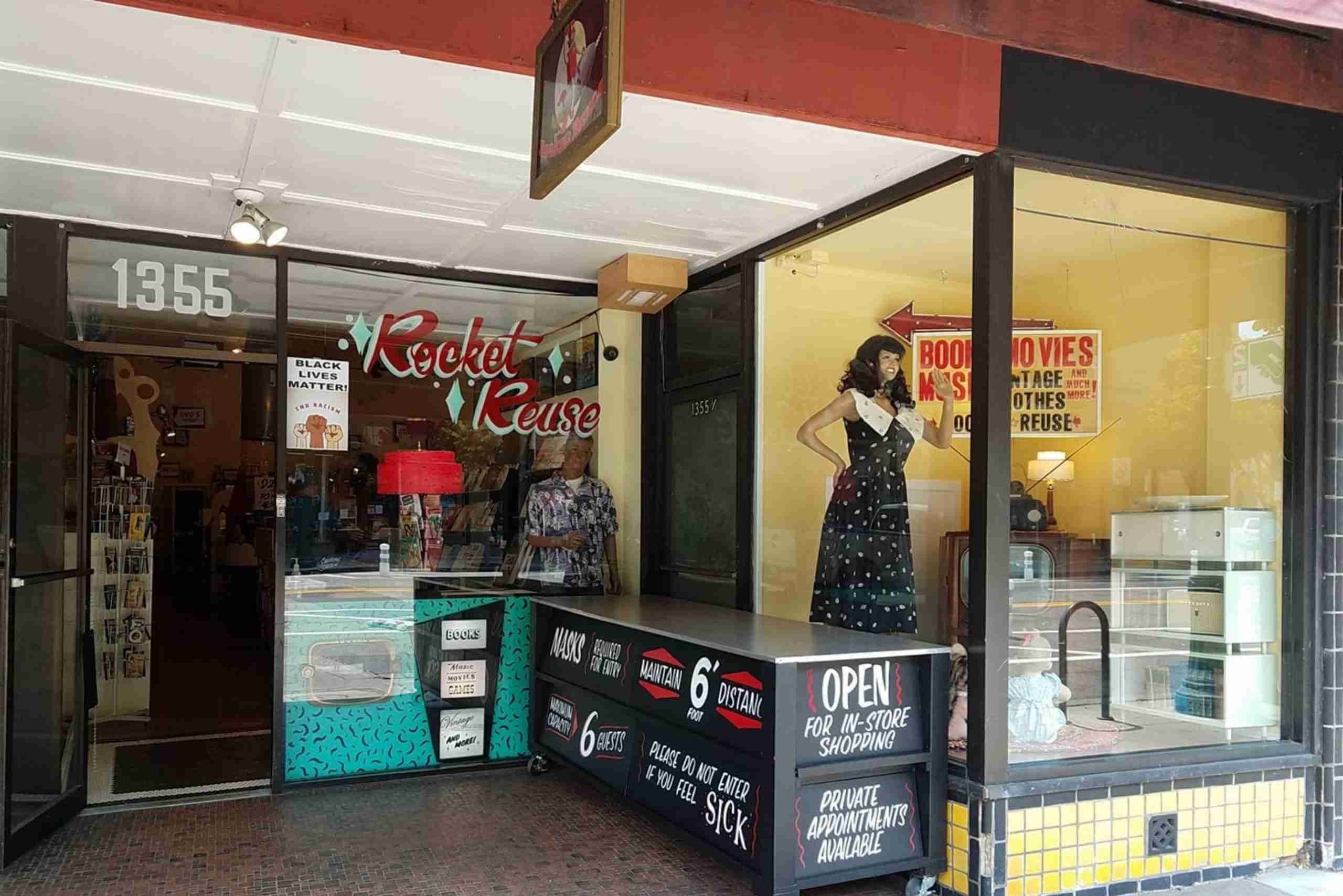 A blast back to the stylish space-race era past, Rocket Reuse is a family-owned and operated shop in the nearby heart of Alameda. Opened in 2010, this Park Street staple has grown from a labor of love to a reflection of its amazing community via an eclectic selection of books, music, movies, and vintage clothing. Cruise on by and see what’s playing on the old TVs up front, find amazing deals huddled beneath the rocket ship replica center staged, and let the kids grab a free book from the basket in the back. 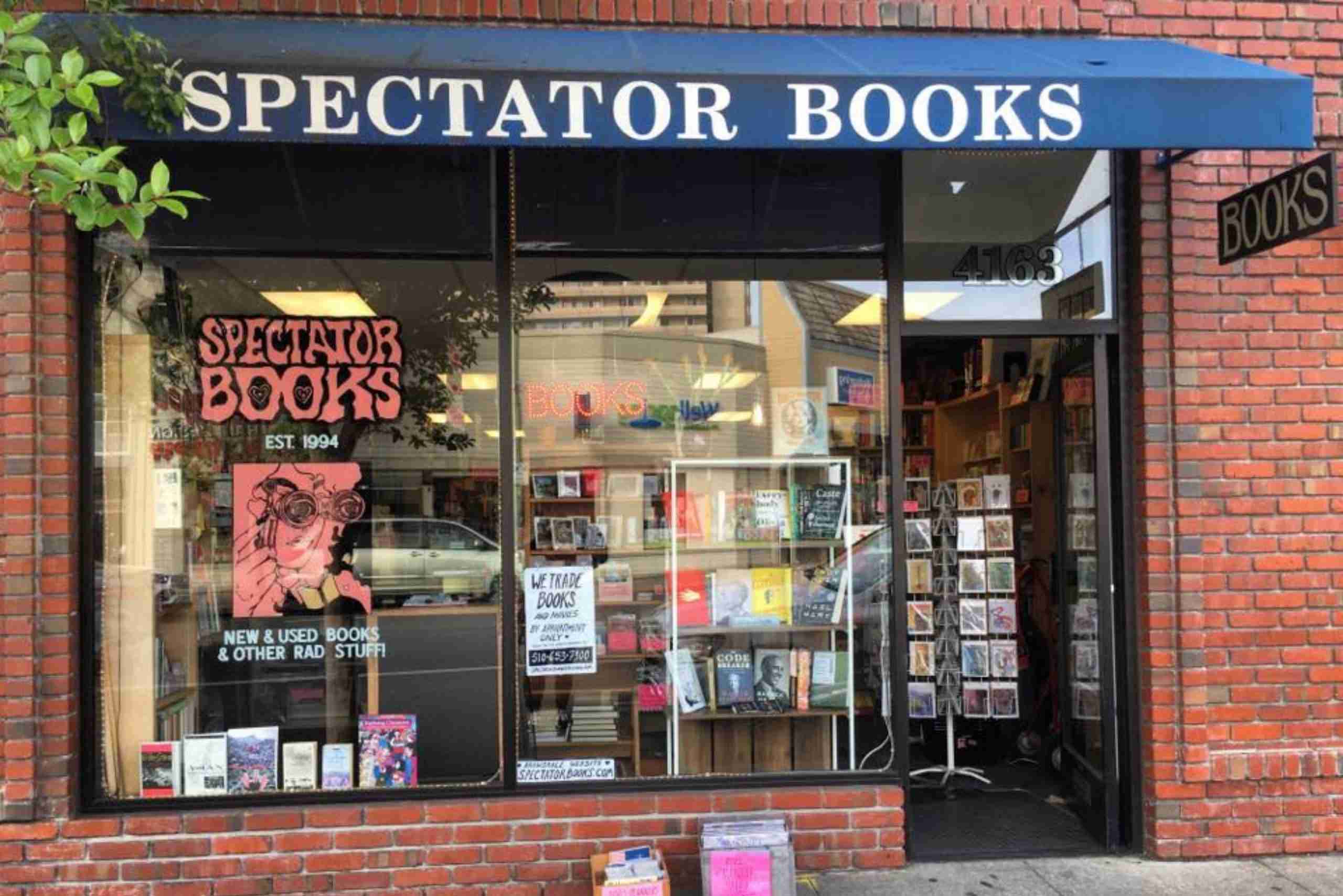 Established in 1994, Spectator believes in equality & diversity, that knowledge is power, and that a good book can very often be, or lead to, the cure for what ails us. Perusing through the new & used titles of all sorts, games & puzzles, and other rad stuff available here will certainly leave you inspired to make a positive difference in this world. 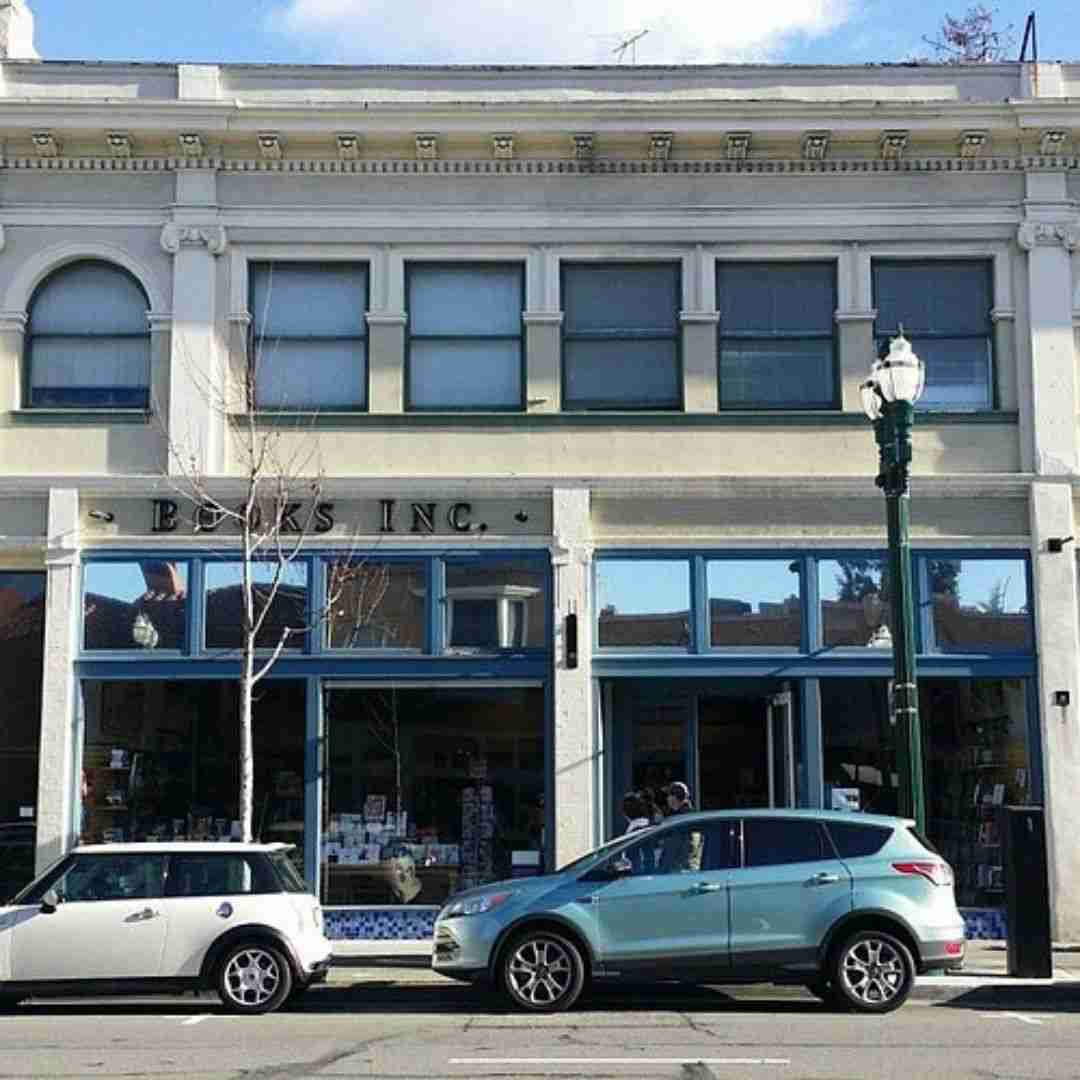 Serving as one of the popular bookseller’s easternmost literary outposts, Book Inc’s Alameda location is a new title-laden bulwark among independent East Bay bookstores. Not just that, they also host several engaging book clubs for teens and adults.

If you enjoyed this guide to the best Oakland bookstores, be sure to check out our list of the Top 15 Independent Bookstores in San Francisco!