The Viral Ballad of AMC Stock 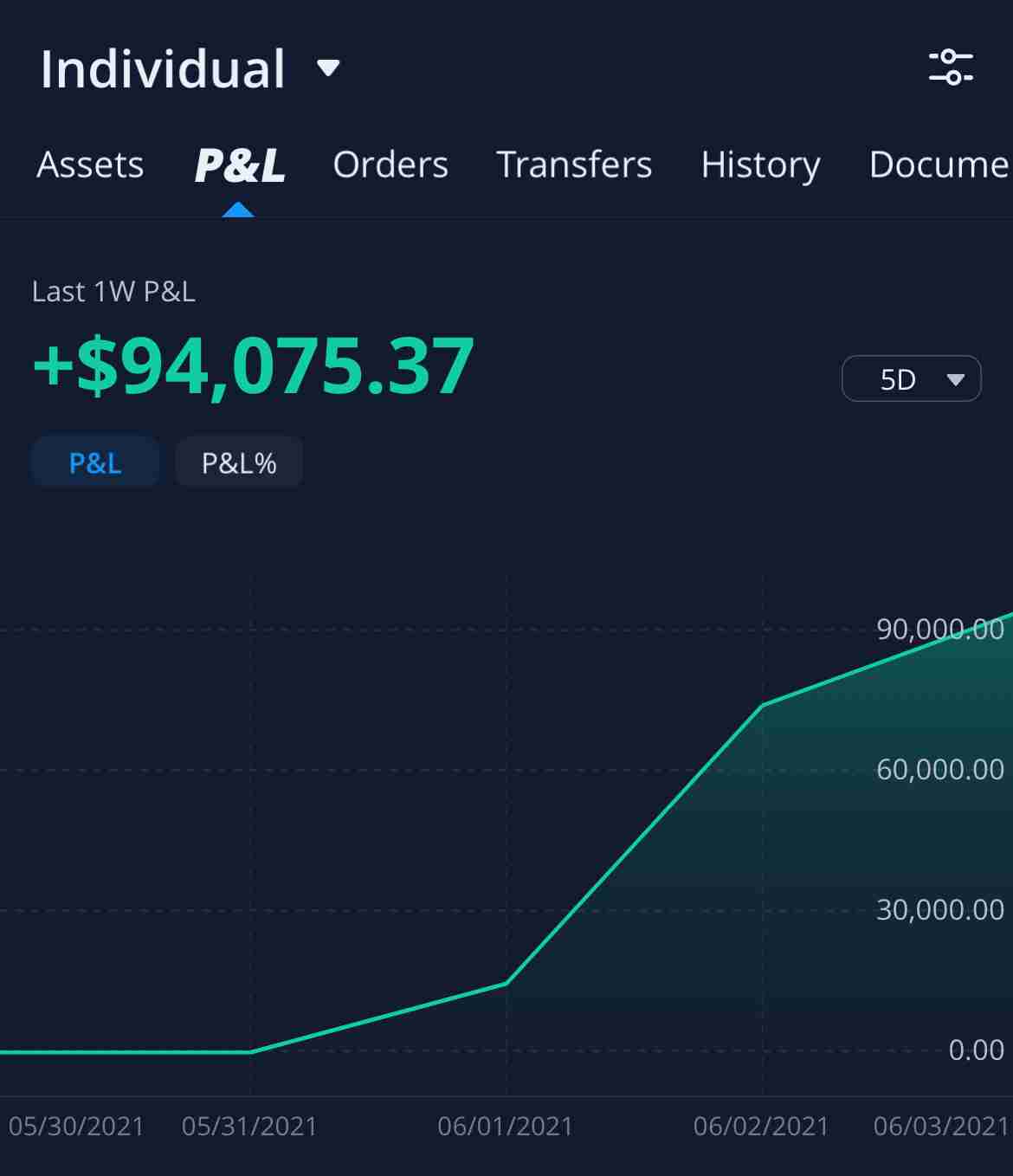 For the purposes of establishing a case study in regards to the modern viral volatility some stocks are being influenced by, let’s analyze how day trader Ricky Gutierrez rode the ominously bobbing AMC wave early on and made six-figure gains thanks to his cunning decision making.

AMC’s stock value has soured 300% over the last four weeks alone, the past six months have seen a single share’s worth increase 2,000%, and had you bought the stock on January 1st of 2021 and held on to it through today, you’d be experiencing financial gains north of 2,727%. An individual owning what started the year as a $10,000 stake in the struggling movie theater chain would currently find their relatively modest investment valued at a staggering $297,594.

Before getting ahead of ourselves, this “wave” did not take place in natural free-market waters, rather, the swell can be more figuratively attributed to artificial mechanisms akin to those found at the Las Vegas Mandalay Bay’s impressive wave pool. The fortune gambling gears which sent this sweltering stock to epic tsunami heights include social media, a Reddit thread known as WallStreetBets, and many greedy hedge fund managers.

The group requires no introduction, however, in the interest of context, WallStreetBets is a longstanding subreddit channel where some 10 million Reddit users discuss highly speculative trading ideas and strategies; the community has caused huge disruption to financial markets since the start of this year.

Their motivations are Robinhood-esque, they aim to wreak havoc upon typically manipulative financial institutions and hedge funds that hold substantial short positions in certain stocks and in the process, put returns back into the hands of hardworking everyday people. These roughriding bandits – or “Apes” as they prefer to be called – will short squeeze against certain short positions, forcing the short sellers (hedge funds and big banks) to buy existing shares to “cover” their positions.

According to Investor’s Business Daily, AMC stock is the new poster child for the rally in highly shorted stocks that took off in early 2021. It’s taking the place of GameStop (GME) as the leader in this so-called Reddit rally fanned by enthusiastic retail investors. AMC’s gain, now, surpassing GameStop’s powerful gain this year.

All things considered, keep in mind, AMC is not a Fortune 500 company, was posting quarterly losses before the pandemic began, as of the first quarter ending March 31st of this year, the movie theater chain was burning through approximately $120 million per month, over the course of 2020 the business lost $4.5 billion, and last but not least, for a good decade now, they have been under assault by a digital streaming industry almost all but destined to bring about the extinction of traditional cinema.

Needless to say, taking an objective look at the business model reveals countless red flags that suggest the stock’s long-term viability is murky, at best. But this doesn’t mean we can’t reap the rewards of a viral moment in time, even after the massive initial spike took place.

Although nobody in their right mind would recommend investing in AMC at face value, particularly after June 2nd, when the stock price was artificially pumped “to the moon” by WallStreetBets Apes, here’s the story of how one trader did both and walked away with over $100,000.

Just as late January’s Gamestop bubble was bursting, Gutierrez heard the news via social media that AMC would be the next big wave worth catching, therefore, he bought 160 shares of the stock at a value of roughly thirteen dollars each.

“I have a super light position,” he explains to his nearly one million YouTube subscribers in a video posted on February 1st. “One of the things that I’ve been trying to preach is I trade this with fun money, it’s enough money where, if I were to lose it all, it would not devastate me. There’s a lot of hype behind Gamestop and AMC and of course, I want to make sure I do my part in taking advantage of it!”

In hindsight, we know that Gutierrez invested his initial two thousand dollars at a high point and AMC’s value shrunk to five dollars per share within the next week. His interest in the viral phenomena never wavered, and March 15th saw the stock reach another peak of fourteen dollars, before muddling back down to the ten dollar range for nearly a month.

“Due to my understanding, this is in the very early stages of what they [WallStreetBets] anticipate,” notes Gutierrez in a video congratulating traders on their gains. “I hear people talking about, they think it’s gonna go to four hundred dollars or five hundred dollars per share; I’m not here to discuss that, let’s be honest, nobody can predict the future, but you can prepare for it!”

By June 1st, Ricky Gutierrez was trading with 10,000 shares of AMC stock as the price rose to record highs of thirty-two dollars, yet as the market briefly pulled back, he reduced his position size to 1,500 shares, which by the following day was alone worth $60,000 more than it was twenty-four hours before. Traders experienced something of a correction on June 3rd, when the stock’s value fell about ten dollars; Gutierrez caught the downward trend early, slashed his position size to lock in profits, then used that cash to purchase more AMC stock when he felt it bottomed out.

“I was up $63,000 yesterday, the day before, I was up $23,000,” he revealed to viewers while documenting his volatile experience with this stock. “You think I’m gonna complain about being down 16% in one day? It comes with the territory, if you don’t want to partake in these pullbacks, then don’t partake in risky trades, it’s that simple. I’m invested with $140,000, that’s the position I’ve put myself in, I decided to buy a large dollar amount of a risky stock because I think it can still go up, respect the process. I’m excited, I love the challenges the market presents.”

Unlike Gamestop’s CEO, AMC’s chief executive, Adam Aron, took full advantage of his company’s virality beginning mid-April, when he announced in an interview that the movie theater was once again, “under attack” from short-sellers after having avoided bankruptcy during the pandemic. Echoing the rallying cry of the Apes, surely he understood what he was doing as by June 3rd AMC had sold over half a billion dollars worth of new shares in a broader effort that has raised more than $1.2 billion in capital this quarter.

“We believe that recent volatility and our current market prices reflect market and trading dynamics unrelated to our underlying business,” AMC admitted in its pitch to investors. The company even made a somewhat humorous point to caution against buying the shares unless investors were willing to risk “losing all or a substantial portion of your investment.” Regardless, individual retail investors bent on punishing financial elites continued buying the stock in droves.

Rewarding investors with buckets of free popcorn and touting the fact that 80% of their company is owned by retail investors, it goes without saying, AMC Entertainment has fully embraced its status as a meme stock. Earning the attention of international media publications, The New York Times reports, in their willingness to ignore the fundamentals and stay bullish on brand names such as AMC, these meme-stock traders are changing the range of possibilities available to such struggling firms.

Profiting off Downturns and Uptrends

The theater company’s stock rose to a value of fifty-five dollars per share on June 7th as Ricky Gutierrez recorded his $160,000 stake and $23,000 gain on the day. He also noted a resistance trend occurring around the sixty dollar mark, for those unaware, a resistance level, is the price at which the price of an asset meets pressure on its way up by the emergence of a growing number of sellers who wish to sell at that price.

“I was ready to double down on my position, I wanted to go in with over 5,000 shares if it broke out above sixty dollars,” he explained in a video uploaded to YouTube. “You can see that almost every single time it got rejected, and the whole idea is, I want to be fully invested when the direction is in my favor. There’s still a possibility AMC could pull back to forty-three or forty-four dollars a share and I want to make sure I can buy at those lower levels.”

“I’m not going to feel very motivated or have the ability to buy at those lower levels if I buy in as its showing signs of reaching a resistance,” he continues. “I can just cut my position in half, still be invested with $80,000, which is a decent amount, and make sure that I don’t become an emotional mess if there is a pullback, especially when considering how much more risky AMC currently is compared to the average blue-chip stock.”

Calling it as though he were Nostradamus reincarnated, two days later, AMC crashed to lows of thirty-nine dollars a share and once it began to show signs of recovering, he bought a total of 4,600 more shares, to add to the 2,000 shares he already owned. At this point, the size of his total position was north of $250,000. As the stock rallied on June 14th, Gutierrez cited his $17,000 gains on the day while also noting a reduced position amounting to 3,400 shares.

The following day, AMC broke the aforementioned resistance level of sixty dollars, compelling him to increase his stake to 12,500 shares. With the stock reaching heights of sixty-four dollars, he was up over $58,000 on his roughly $800,000 total investment; he then sold the majority of his shares above sixty-three dollars.

If you enjoyed this story on how Ricky Gutierrez made six figures in just five trading days, be sure to check out the Day Trading Rules that Beginners Should Know.

For daily updates on the trading decisions being made by Ricky Gutierrez, take a look at his YouTube channel, which posts regularly and boasts nearly one million subscribers.