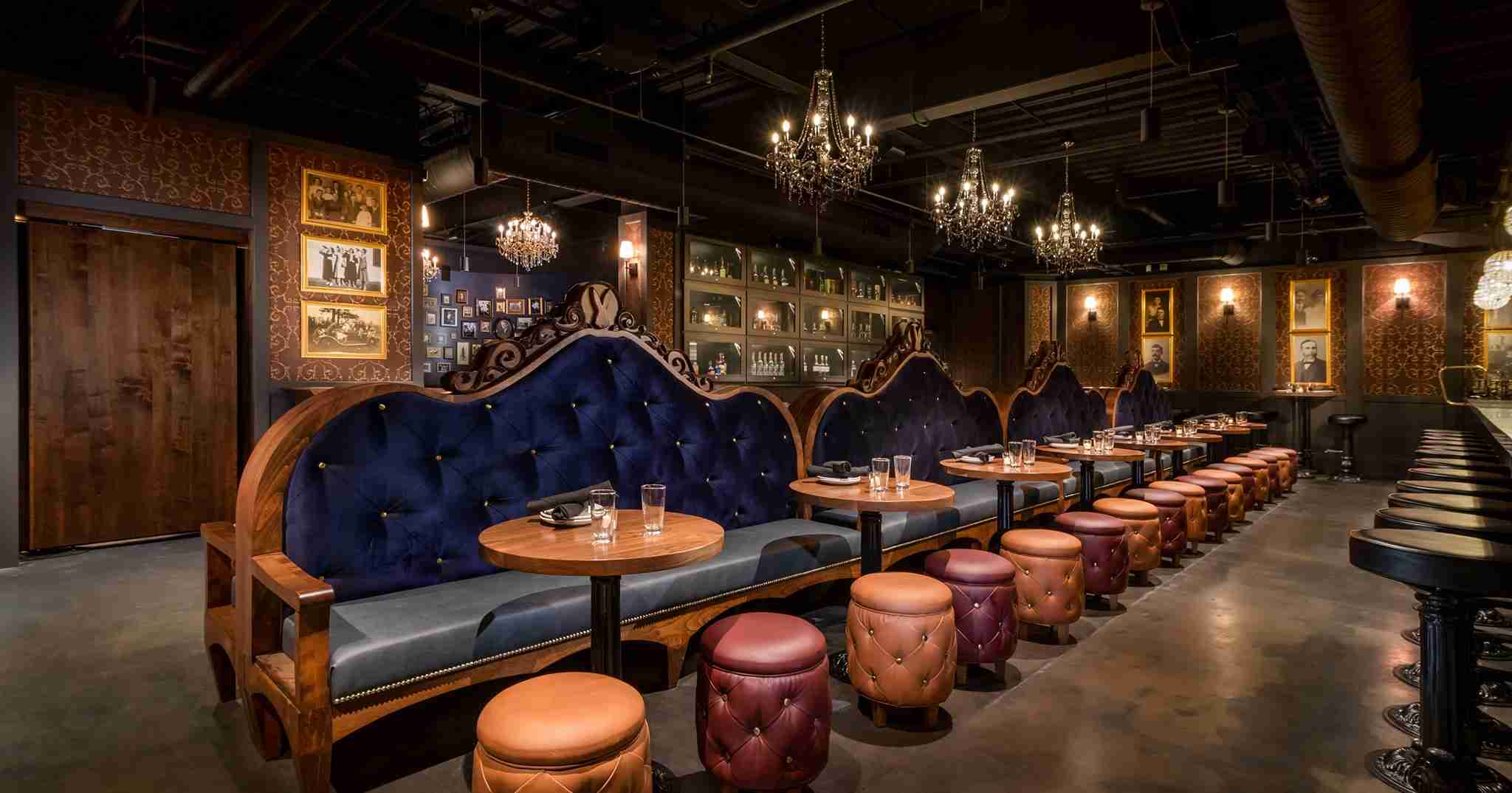 Venture down an unmarked flight of stairs, through an unassuming hallway, and beyond a vigilant secret password hungry guard that’s keeping watch to discover, not only the classiest bar in Gilbert but also, the most upscale speakeasy experience in Phoenix’s metro area. This sumptuous rabbit hole overflows with plush banquettes, dazzling light fixtures, intimate nooks, and visually riveting decor; amidst the pomp, photos of rebellious prohibition-era socialites adorn the hidden chamber’s walls. Don’t forget, The White Rabbit is a hallowed bastion of mixology, with crafty modern takes on timeless classics, their handmade libations are second to none.

It’s highly encouraged to place a reservation before arriving, however, they do make exceptions, when possible, for walk-in guests. 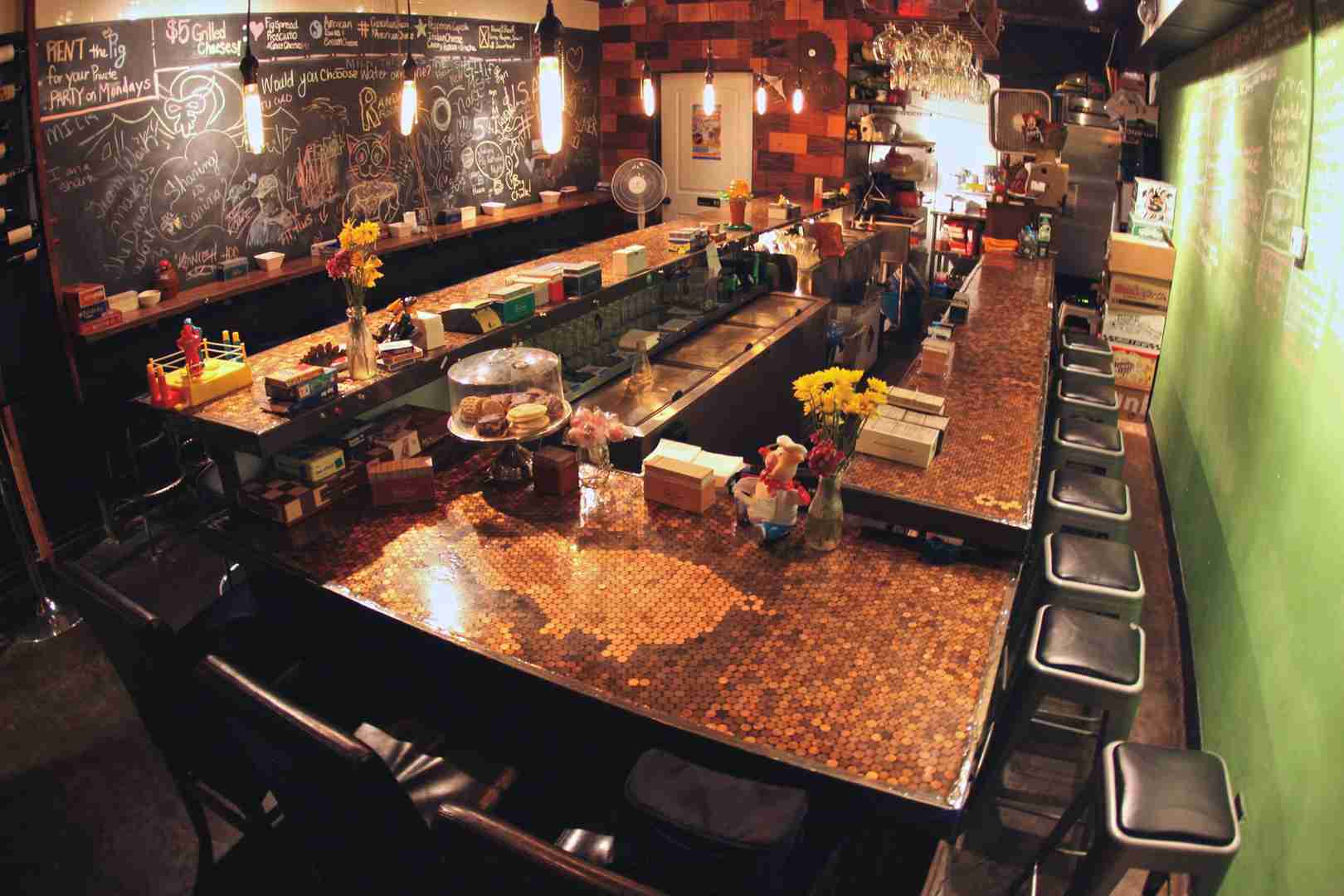 Originally intended to be a wine tasting room dependent on selling bottles, following the craft beer industry boom, The Whining Pig found new life serving rare brews and morphed into one of Gilbert’s most beloved hangout spots. Their cozy U-shaped bartop is littered with shimmering one cent copper pieces, and then there’s the coveted penny pig, of course. Don’t shy away from trying something new, that’s actually the most fun part about this experience! Gawking at the seemingly endless list of canned or bottled beer you’ve never heard of but whose descriptions beg at least a few sips, it’s almost like making a new friend. If blind dates are the preferred method, ask for a brown bag special – it’s a mystery canned beer for cheap. 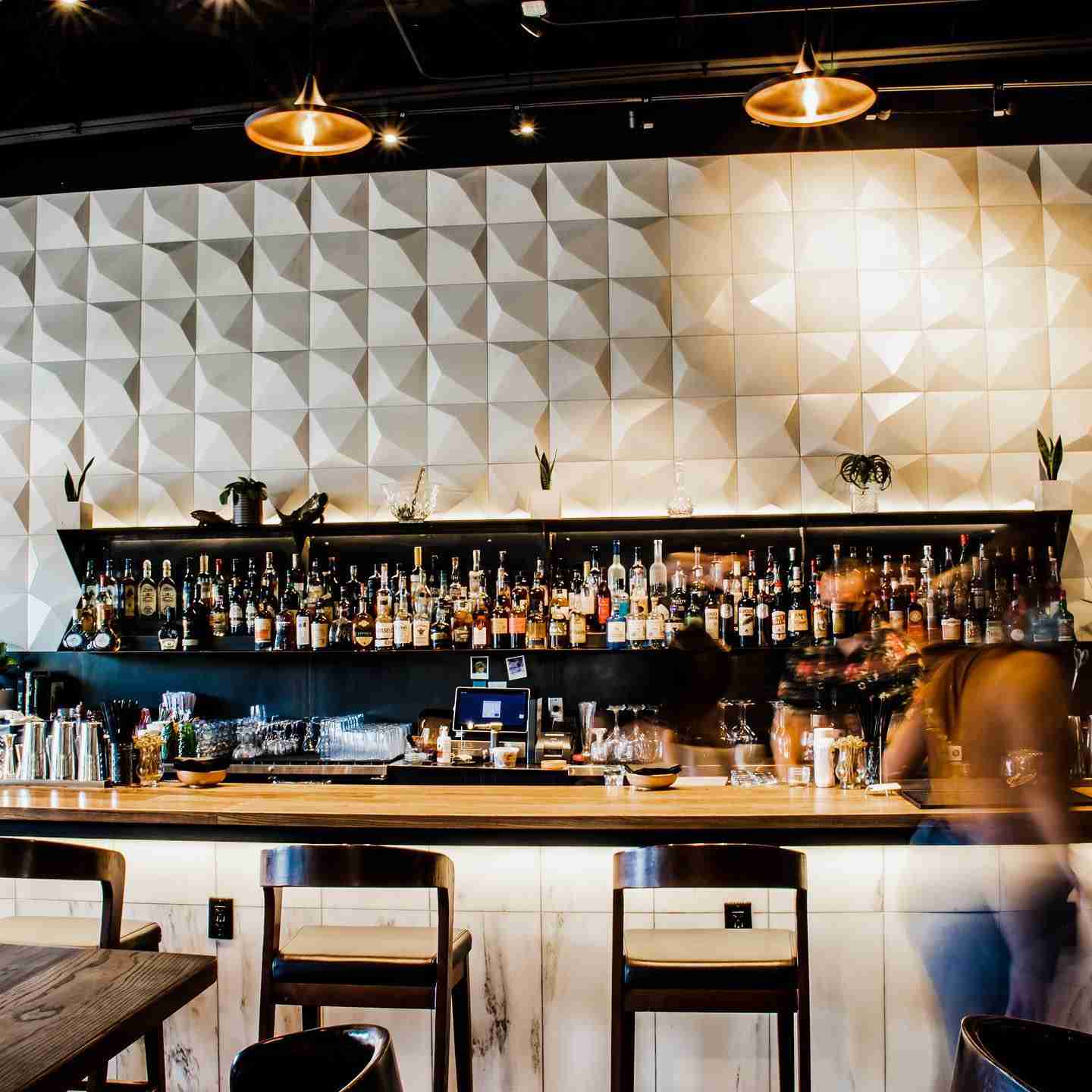 Clever Koi is an Asian-inspired kitchen & craft cocktail bar with locations in Central Phoenix and historic downtown Gilbert. On a daily basis, their wooden bartop is dappled with stylish handmade beverages drawn from an eclectic range of beers, spirits, and sake – you can even take refreshing smaller batched cocktails to go now! Then there’s the open kitchen’s wood-fired grill and roaring woks, where guests seated in the restaurant can look to and be amazed by staff diligently preparing small plates, such as award-winning ramen dishes, that reflect flavors and techniques from regions such as Thailand, Korea, China, Vietnam, Japan, and Indo-China. 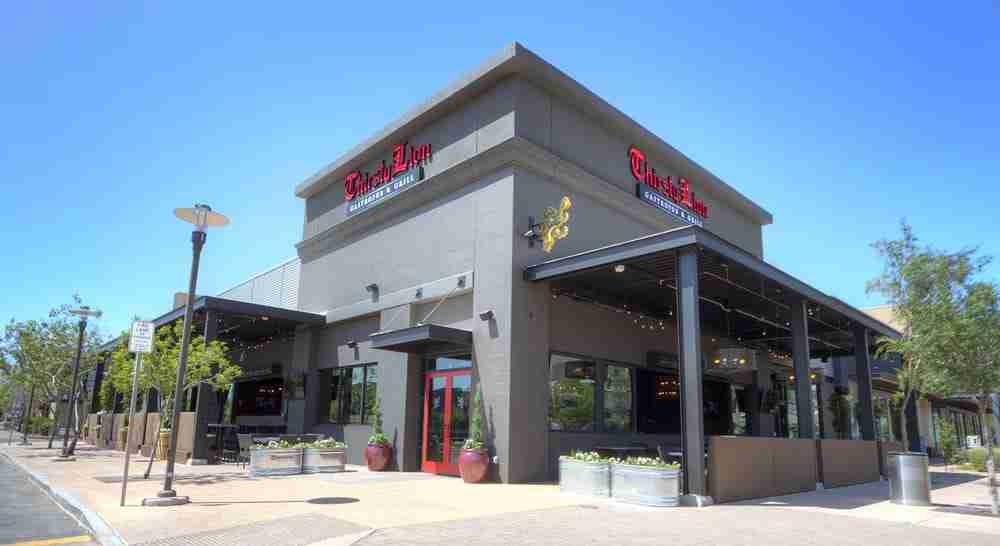 Started by a Portland man whose mission is to bring sanctity to the term “Gastropub,” Thirsty Lion pulls through as Gilbert’s very own upscale public house serving high-quality food and beverages without pretension. Having thoroughly researched local and regional beers, the eatery offers no less than the American southwest’s 100 best options on tap; nearby distilleries weren’t immune to their exhaustive hunt either, you’ll be happy to find a promising selection of locally sourced spirits as well. Aside from the dimly lit, classy London pub-style interior, the music being played here is a pretty sweet pleasant surprise – you’ll hear current pop hits, some hip hop, transcendent throwbacks, and the occasional sprinkle of alternative rock. 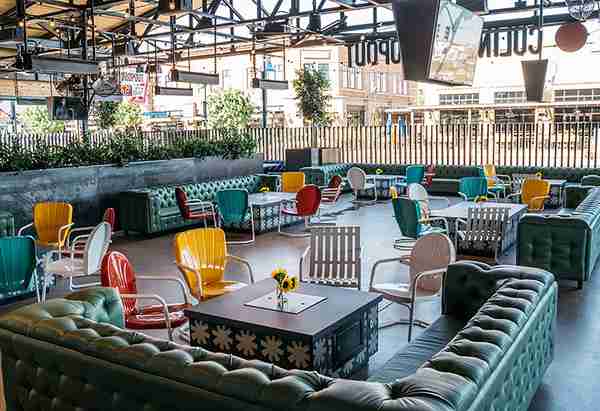 The perfect place to bring a large group of friends and kick back in a plush booth on the covered patio, Culinary Dropout stages an unforgettable evening where the only thing you have to do is arrive. Corn hole, foosball, and other games are already set, live local musicians fill the halls with thrilling tunes, and to top it all off, experienced mixologists are eager to pour up a glass of much-needed bliss. The place reaches capacity quickly so you’ll want to get there sooner than later, in the end, you really can’t go wrong with this downtown Gilbert Gem!