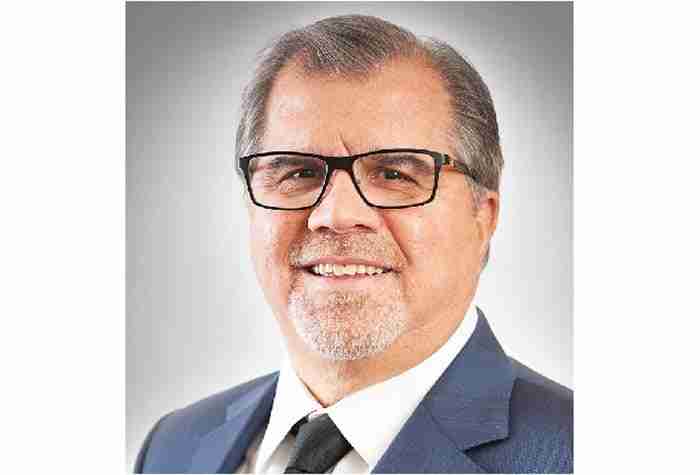 As Fidel Castro tightened his iron grip over Cuba’s tattered government, Frank Del Rio’s father was growing weary of the uncertainty enveloping his country’s future. He worked at The Coca-Cola Company and made a comfortable living – enough to own a beach house ideal for weekend getaways. Frank was about to turn seven years old when United States-backed rebel fighters stormed Cuban beaches in what would later be dubbed the Bay of Pigs Invasion – an attempt to oust communist-leaning Castro before it was too late.

The operation would go down as one of the worst military disasters in modern American history. As soldiers hit the beach and the firefight raged, President Kennedy failed to send air support that was necessary to win the battle, and among other operational missteps, Castro’s forces handily defeated and captured the rebels. This entire ordeal only emboldened his power, it gave him all the reason he needed to forcibly arrest, imprison, and execute thousands of ideological adversaries.

Accepting that his beloved Cuba wouldn’t be the same under a communist regime, Del Rio’s father chose to get his family off the island while safe passage was still possible. “We escaped to Jamaica on Aug. 22, 1961, then flew to Miami and were processed at the Freedom Tower,” Frank reveals in a New York Times piece.

After their immigration paperwork was squared away, they went to stay with a family member in New Britain, Connecticut.  “Each of us had taken just one suitcase from Cuba because my parents thought Castro couldn’t possibly stay in power long,” he remembers. “But we stayed in Connecticut for nine years.”

The Del Rio family uprooted once again, moving to Miami, Florida when Frank was on his way into 10th grade; he started sophomore year of high school knowing nobody.

“The first day, I walked into Algebra II and saw two empty seats, one next to a girl and the other next to a guy. I sat next to the girl, and by Thursday of that week, I knew that she had also emigrated from Cuba, and she did her homework every night, and let me copy it every morning,” he humbly recalls before revealing the young ladies name was Marcia and they’d soon after get married during his freshman year of college.

Citing his father as inspiration, Del Rio took on a bachelor of science in accounting at the University of Florida. “I thought that having that background would give me a leg up in business,” he explains. “I was a competitive runner, but I knew that I wouldn’t be able to run well and be happily married and still get straight A’s. Something had to give, so I gave up running.”

After graduating, in 1977, he found work at Peat, Marwick, Mitchell & Company, a financial firm that would later (1987) merge with KMG (Klynveld Main Goerdeler) to form KPMG, one of today’s Big Four accounting organizations. Frank Del Rio stayed on board for three years before moving on to the hospitality industry.

Navigating new horizons, Del Rio branched out into various leadership roles at Certified Vacations, which also operated Delta Dream Vacations at the time, and moved up the ranks to become executive vice president of sales and marketing. He left the company in 1993.

Del Rio then joined Renaissance Cruises as senior vice president and chief financial officer. A man by the name of Ed Rudner hired and gave him a crash course on the vacation business. That education, along with cutting-edge colleagues who encouraged taking a creative approach to problem-solving, allowed for Del Rio to ultimately be named Chief Executive of the company.

“Renaissance was a luxury line that went bankrupt when the travel business plummeted after 9/11. The company and I had parted ways, however, before the attacks,” he later said in a statement. Under his leadership, the company rolled out an unprecedented direct to consumer business model, cutting out the use of travel agents, which did not go very well. Regardless of Del Rio getting fired, he picked up invaluable knowledge that would be applied in the next, more turbulent, chapter of his life.

“To be a well-rounded business person, to be an entrepreneur, to be a leader, to be a visionary, the math only takes you so far,” he says. “You’ve got to have much more than that, you’ve got to be willing to take risks.”

Following their bankruptcy, Renaissance had eight of its R-class ships sitting idle in Tahiti and France. Frank Del Rio saw an opportunity, teamed up with a group of investors, and took what amounted to be the single biggest risk of his life. He mortgaged his house, used all his savings, borrowed money from family, and started a new luxury, gastronomy-centric cruise company called Oceania Cruises.

“We had only $14 million in capital, a drop in the bucket for a cruise line,” he reveals. “We had to find a business plan that improved our odds. Itineraries are similar for many cruise lines, so we focused on cuisine and teamed up with the chef Jacques Pépin.”

Growth of the Business

The company chartered the former Renaissance Cruises ship R Two from Cruiseinvest and renamed her Insignia in October 2002. In April 2003 the Insignia was chartered to the French travel agency TRM for three months, during which Oceania Cruises operated no vessels. On 15 June 2003 Oceania Cruises re-commenced service with two ships: Insignia was renamed Regatta and a new ship (R One, a sister ship of Insignia/Regatta, also chartered from Cruiseinvest) entered service as the new Insignia.

By November 2005, a third R-class ship entered service for Oceania Cruises when the company chartered the R Five from Cruiseinvest and renamed her Nautica. At the naming ceremony of the Nautica, Frank del Rio announced the plan of adding a fourth ship, Marina, to the Oceania Cruises fleet in July 2007, but this never came to pass.

In February 2007, the majority of Oceania Cruises’ stock was sold to New York-based Apollo Management. Executives then made a decision to form Prestige Cruise Holdings, a parent company for both Oceania Cruises and Regent Seven Seas Cruises.

As The Wall Street Journal points out, this operation grew from one used vessel and 20 employees—eight of whom were family members—to a fleet of six premium ships capable of carrying 5,300 passengers when Prestige was acquired by Norwegian Cruise Line Holdings in 2014 for $3 billion.

“In my nearly 25 years in this business, I learned very early what it means to build a brand, and how critical it is to stay focused on what that brand represents, and what that brand means to its intended customer base,” Del Rio told Travel Weekly.

Following the big sale to Norwegian, Frank Del Rio was able to maintain his role as CEO of Prestige Cruise Holdings.  He planned to oversee Oceania and Regent through the end of 2015. The Miami Harold documents in January of that year, Kevin Sheehan, CEO of Norwegian, unexpectedly announced his resignation, effective immediately.

Norwegian never disclosed a reason for Sheehan’s departure, however, the board of directors of the world’s third-largest cruise ship business wasted no time appointing Del Rio to be his successor. “Opportunities come and go all the time, and this was one that I simply couldn’t pass up,” he said, despite having originally intended to step away from the company by year’s end. “It will be the crowning jewel in a very long career for me. And I just can’t think of a better way to continue and extend my career.”

Upon taking the helm, Del Rio eased worries that he would make drastic, and potentially negative, changes to the guest experience. “I come from the upscale brand, so if anything we’re going to be looking to always improve upon all our products and perhaps Norwegian will benefit most from a new perspective in how to deliver an upscale product to its consumers,” he explained. “It’s all good for Oceania and Regent customers who can be confident that the product they have learned to love over the years will stay intact. And on the Norwegian side, there’s the promise and prospect that that product will improve tremendously to new levels.”

The company’s stock was trading slightly above $45 a share when Del Rio took over, by January of 2020, Norwegian stock was going for nearly $60 per share. Over the course of 2019, the cruise industry grew at a steady rate of 6%; Del Rio is quick to provide further context, citing that that figure is just about proportionate to how much ship capacity was added that year, meaning, there could have been potential for even more growth had more rooms been available.

In a 2019 interview with CNBC, he outlines the state of the industry and ambitions for the future; check it out below.

The spread of COVID-19 absolutely decimated the cruise industry, leaving companies in dire straights without the ability to make any income, this was mostly due to government legislation forcing them to halt operations with no clear path forward.

Frank Del Rio addresses the impact on Norwegian, along with his strategy to navigate these difficult times in an interview with CNBC’s Jim Cramer.

If you enjoyed this story, check out our biography of billionaire Air Lease Corp founder, Steven Udvar-Hazy.