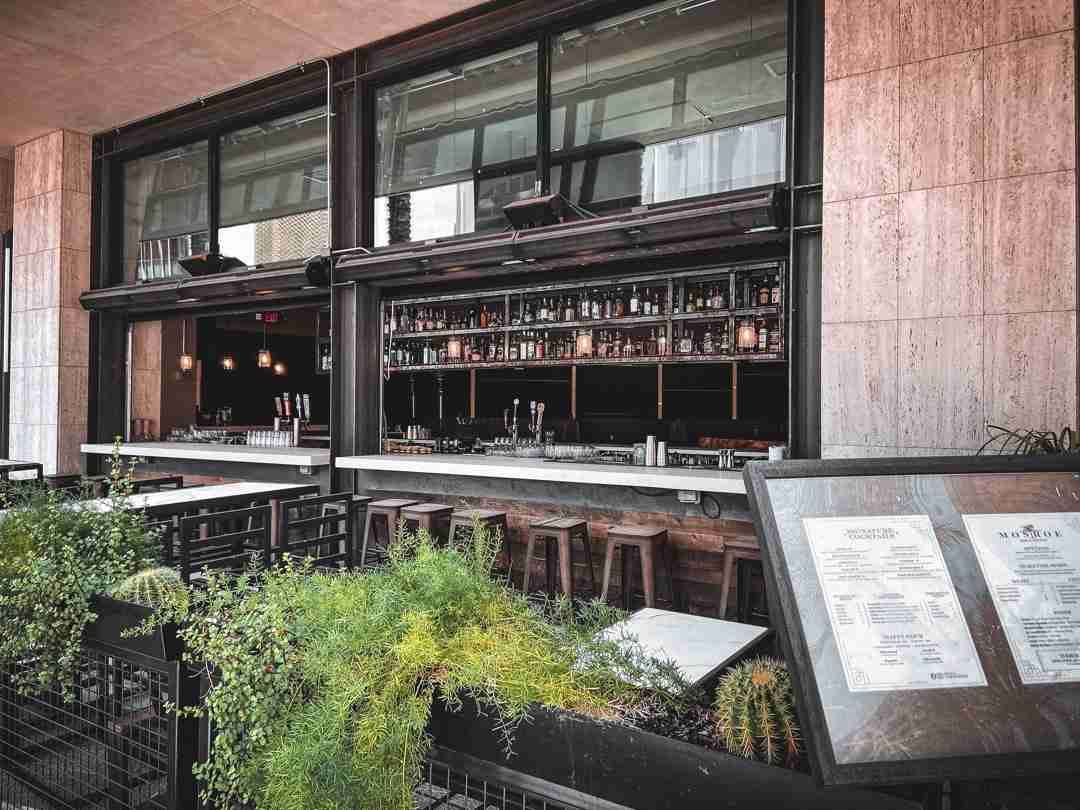 Positioned at the base of Arizona’s second tallest structure, The Monroe has quickly become as much a staple of metro Phoenix as the U.S. Bank building itself. A subtle peek through their duel garage-style doors on any given afternoon will reveal besuited young professionals hobnobbing over contemporary wooden tables and potently poured libations – unless folks are out on the patio with a furry friend, of course. The uptempo sounds of record spinning disk jockey’s electrify this lux atmosphere all through the late-night on weekends, even Sunday Funday can’t seem to resist drawing a crowd.

Yiorgos Makris runs an accounting firm by day and opened the trendy craft cocktail joint alongside his partner, Michael Joseph, who owns a string of Greek pita restaurants. Considering their General Manager came from Hakkasan Group, a brand responsible for some of the hottest international nightclubs, it wouldn’t be a stretch to imagine this team having world-class nightlife ambitions. Being located in the heart of what’s now America’s 5th largest city, and a region with no signs of population growth slowing, they’re most certainly onto something. 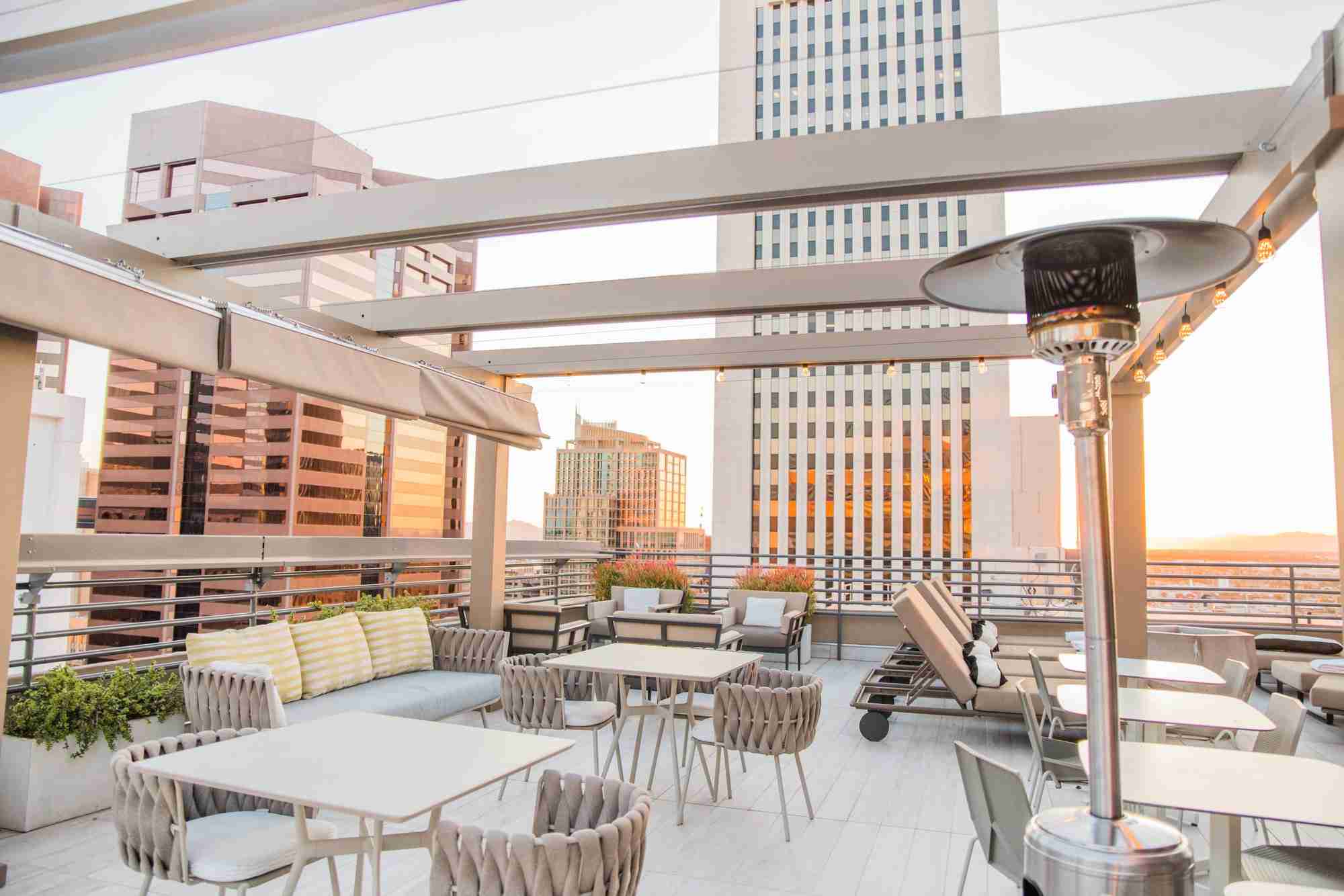 Twinkling amongst the towering skyscrapers of downtown Phoenix is this gem perched above the Hilton Garden Inn. Floor 13 Rooftop Bar is an ultra-chic lounge featuring breathtaking views of the valley, and whether beneath the golden-hour sun or a stary evening sky, feel free to let your worries drift away to the harmonious sounds of a bustling city intermingled with a refreshing hand-crafted concoction and the comfort of plush seating. There’s no way those pesky Earthlings can get to you up here. 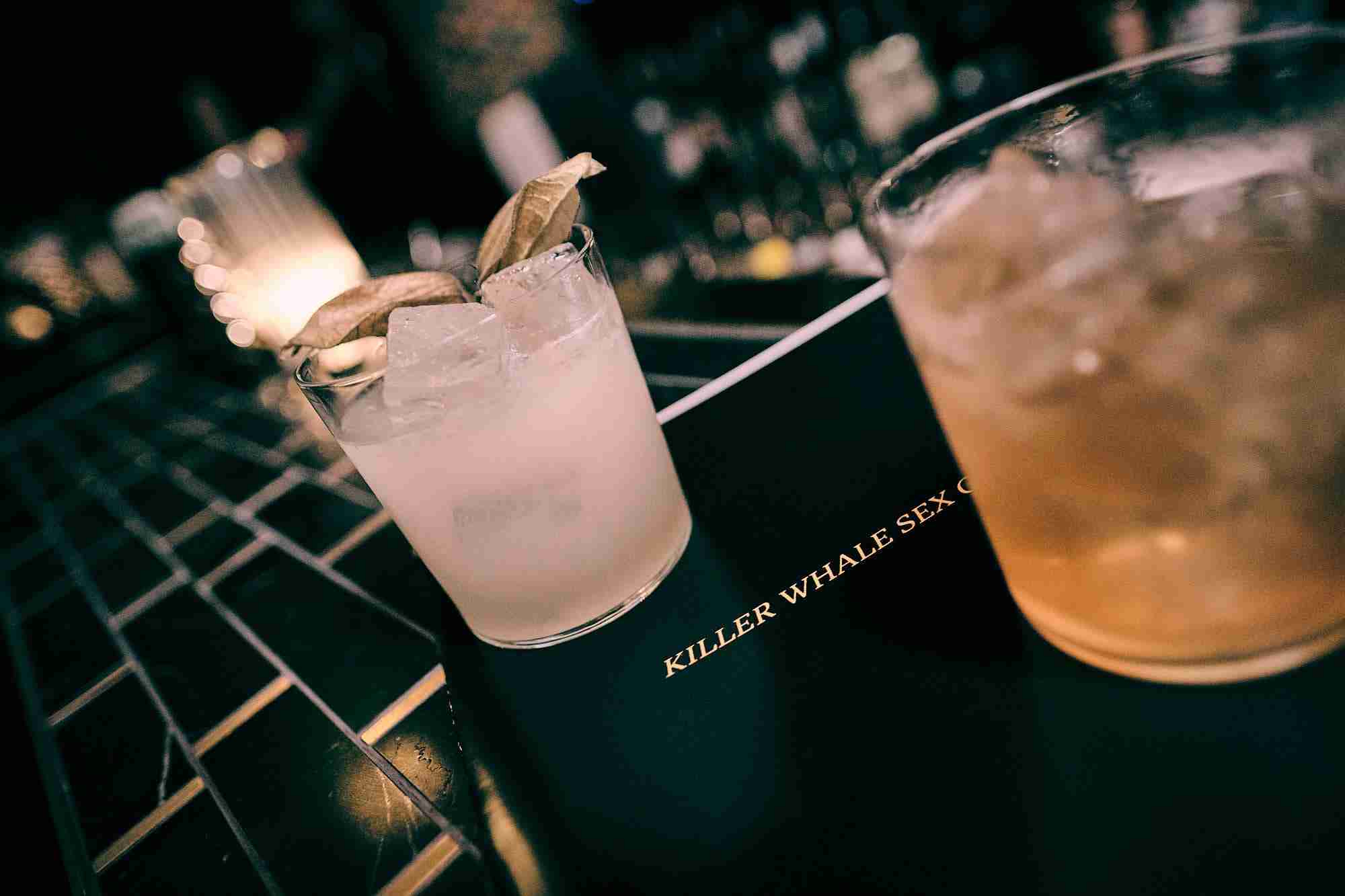 Camouflaged with a mural of the mythical winged horse, Pegasus, no other physical sign indicates the existence of Killer Whale Sex Club. Remember, funky art adorns the exterior of many buildings along Roosevelt Row, meaning, colorful structures aren’t necessarily unusual in the Phoenix arts district, which could potentially lead to you passing by this godsend without batting an eye – don’t.

Inside, awaits the sort of upscale grungy ambiance, dappled with playboy pin-ups, that any punk rocker at heart would have dreamed about back in their “emo” phase – excuse me, it wasn’t just a phase, my bad! Anyways, the truth is, we’re all grown up now, our parents are still divorced, and those Hot Topic skinny jeans just don’t fit like they used to. But that doesn’t mean we can’t basque in the glory of a rebellious youth tinged in black while sipping on an immaculately procured intoxicant amidst finer scenery. The dark days are over, after all! 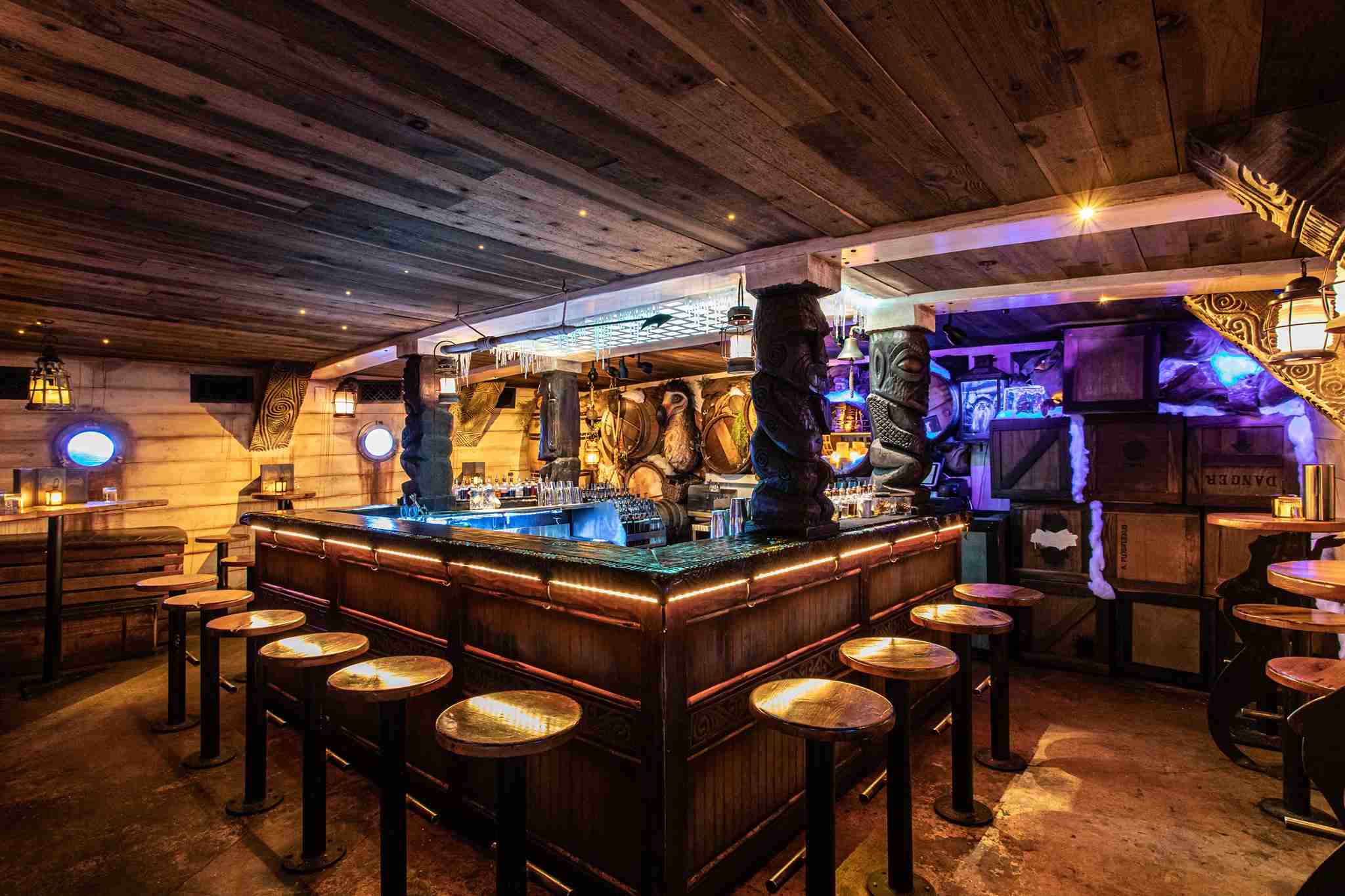 In what is likely the most thrilling cocktail experience in the West, Undertow whisks guests away on a worldly journey in the belly of a spice trader’s turn-of-the-century Clipper ship. Beware that your experience will include changes in audio and lighting, low visibility, strobe lights, and occasional smoke – think Disney-grade attraction dedicated to tropical handcrafted drinks. Through various commissioned artists and an immersive environment, Undertow’s signature decor revolves around each chapter of their story, a fictional narrative, which follows the adventures of revered Captain Mallory. 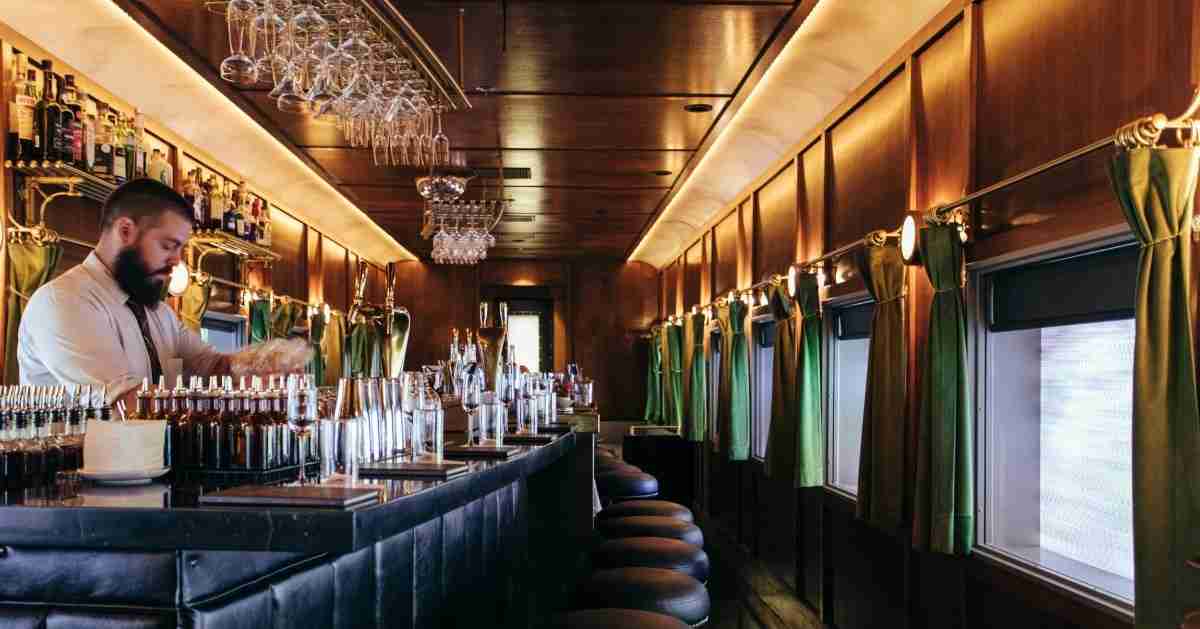 From the same folks who brought you Undertow, Barter & Shake Hospitality Group has done it again with Century Grand’s Platform 18. In this case, passengers get to take a trip back in time. Your party will depart from the station in a glamorous, Presidential Pullman-inspired train car and embark on a 90-minute journey through the Rocky Mountains with your host, Hollis Cottley Pennington, a railroad tycoon and bootlegger.

Utilizing those precious moments leading up to boarding, it’s best to stop in at Grey Hen Rx, a mid-1800s New Orleans-inspired apothecary that’s under the same roof. Boasting America’s largest cache of hand-selected fine spirits, they’ll figure out exactly what’s been ailing you as of late and promptly prescribe the perfect cure-all remedy. 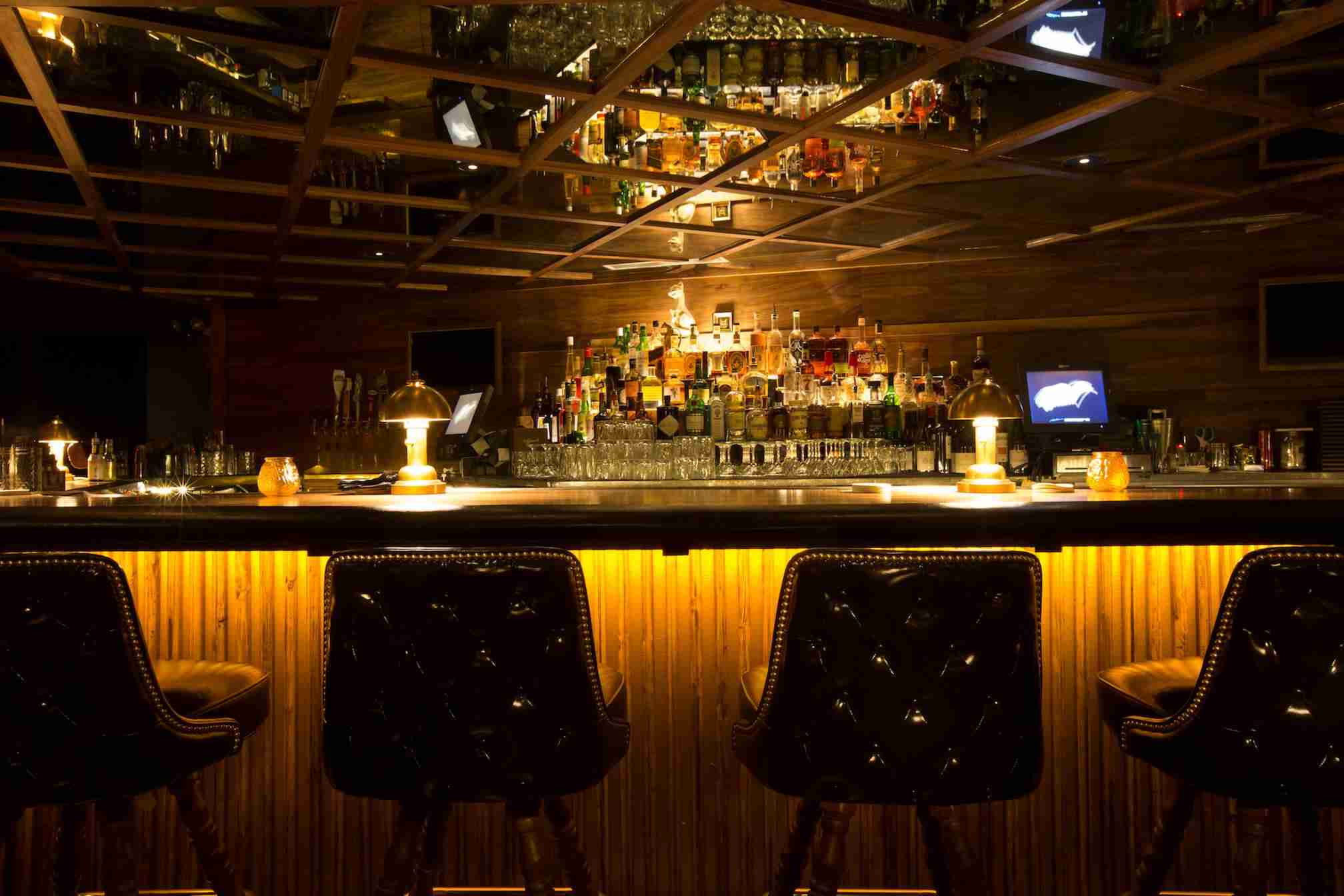 Andy and Maureen Womack once owned Phoenix’s historic lounge Chez Nous; a swanky joint that, until it closed in 2007, was known for magnificent cocktails and soulful music. Paying homage to those legendary owners in way of name, The Womack is a dimly lit vintage bar that harkens back to the class and elegance of mid-60s nightlife. Timeless grooves compliment forever gilded walls every Saturday night as The Roscoe Taylor Band takes center stage and channels the golden vibes of Marvin Gaye, Barry White, Stevie Wonder, Smokey Robinson and even Aretha Franklin.

If there was one bar on this list that Ol’ Blue Eyes himself would frequent, corner booth in the back, of course, this is where he’d have no problems finding it his way. 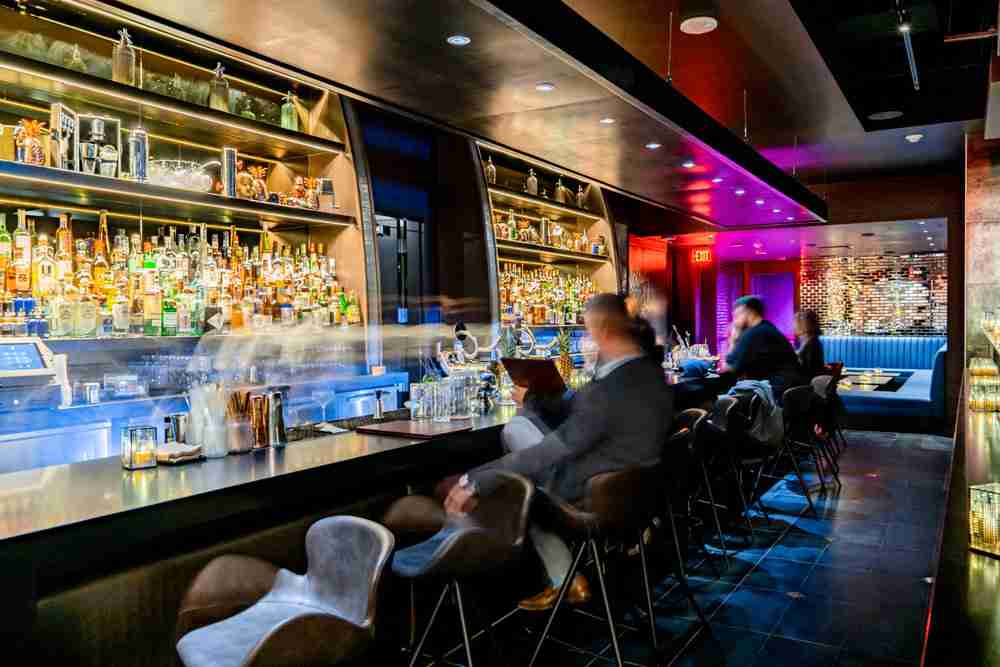 Perched on the fourth floor of the Marriot Courtyard & Residence Inn, Little Rituals offers opulent seating amongst the shimmering towers of downtown. Drenched in colorful luxury, they use tools you’ve probably never heard of to fashion libations, the quality of which, by sheer tragedy, have yet to grace your taste buds. While visiting to investigate how you could have gone so long without encountering so sumptuous a masterpiece of mixology, roll the dice on their house spirit of the moment by asking for a Shot in the Dark. 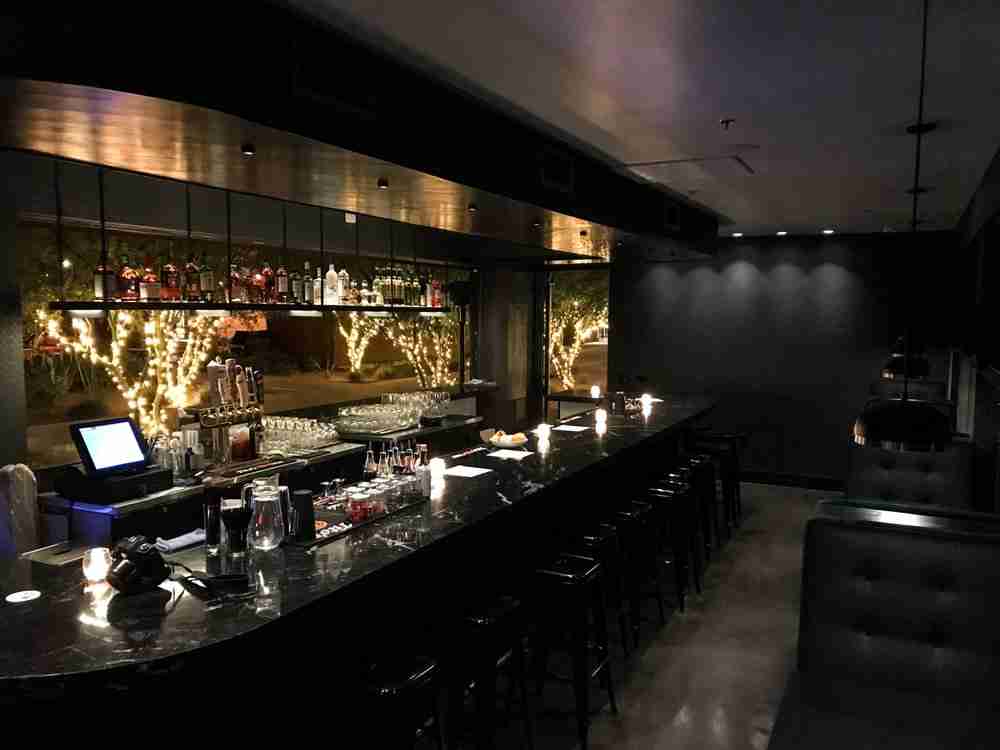 Rather stealthily located in the romantically lit plaza of Ocotillo, Sidecar Social Club exudes a luxurious speakeasy-like atmosphere while also hanging on to the warmth and coziness of an intimate neighborhood tavern. People seem to rave about a bartender named Nick whose service is second to none; apparently, the guy harbors an infinite wealth of knowledge on classic cocktails as well. Pro tip: don’t tell the staff about any mixed drinks you don’t like, they will make it to absolute perfection and you will no longer not like that variation of potation. 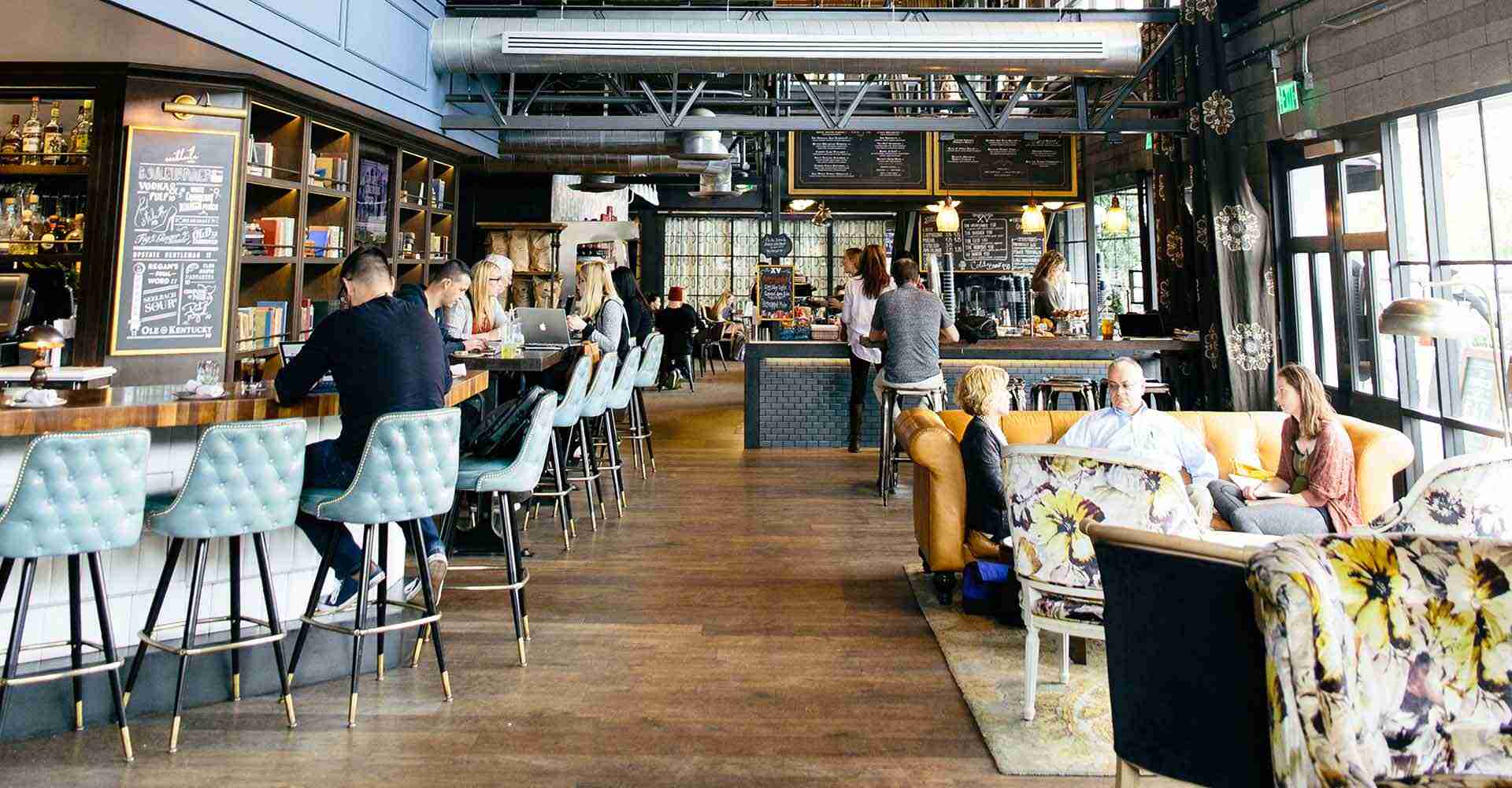 The Henry beckons you in with a timeless vibe, a blend of Gatsby-era elegance and modern industrial cool. Along with an aesthetically beautiful bar, there is also a coffee shop that serves exceptional joe with speedy WiFi, ample space for productivity, and just as much visual appeal. That’s not to mention, their stunning outdoor patio and an array of plush chesterfield’s dappled through the building’s massive interior. Simply put, whether you’re hoping to hit one of Phoenix’s classiest destinations during a night out on the town or just looking for a well-manicured environment to work, there exists something for everybody at all hours of the day here. 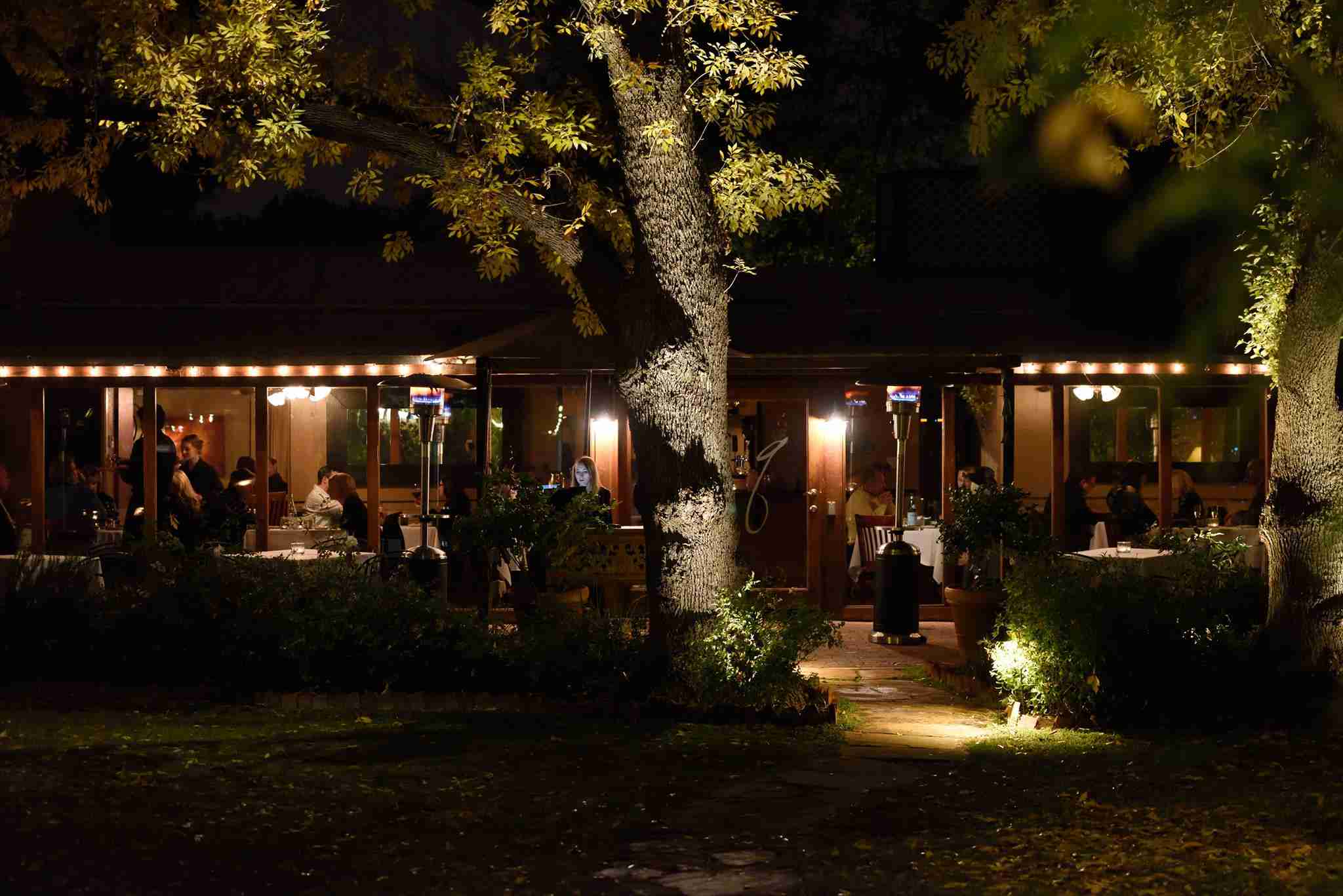 Just beyond the big city’s glimmering lights, out in the not too distant country on a gloriously foreshadowing back road, awaits this upscale barnyard oasis hidden amidst an ocean of scenic agricultural cultivation. Farm to table is taken to a whole other level at Quiessence, as you walk up to the original farmhouse on the property, you will be greeted by a lush and vibrant garden, where the freshest ingredients for your evening’s dishes have been sourced. Not to get personal but to truly drive the point home, if I currently had a love of my life, there is no doubt this is where I’d take her for any special occasion – proposal, anniversary, or a meaningful romantic surprise.

If you enjoyed this guide to the classiest bars in Phoenix, be sure to check out our list of the Top 15 Coffee Shops in Phoenix!