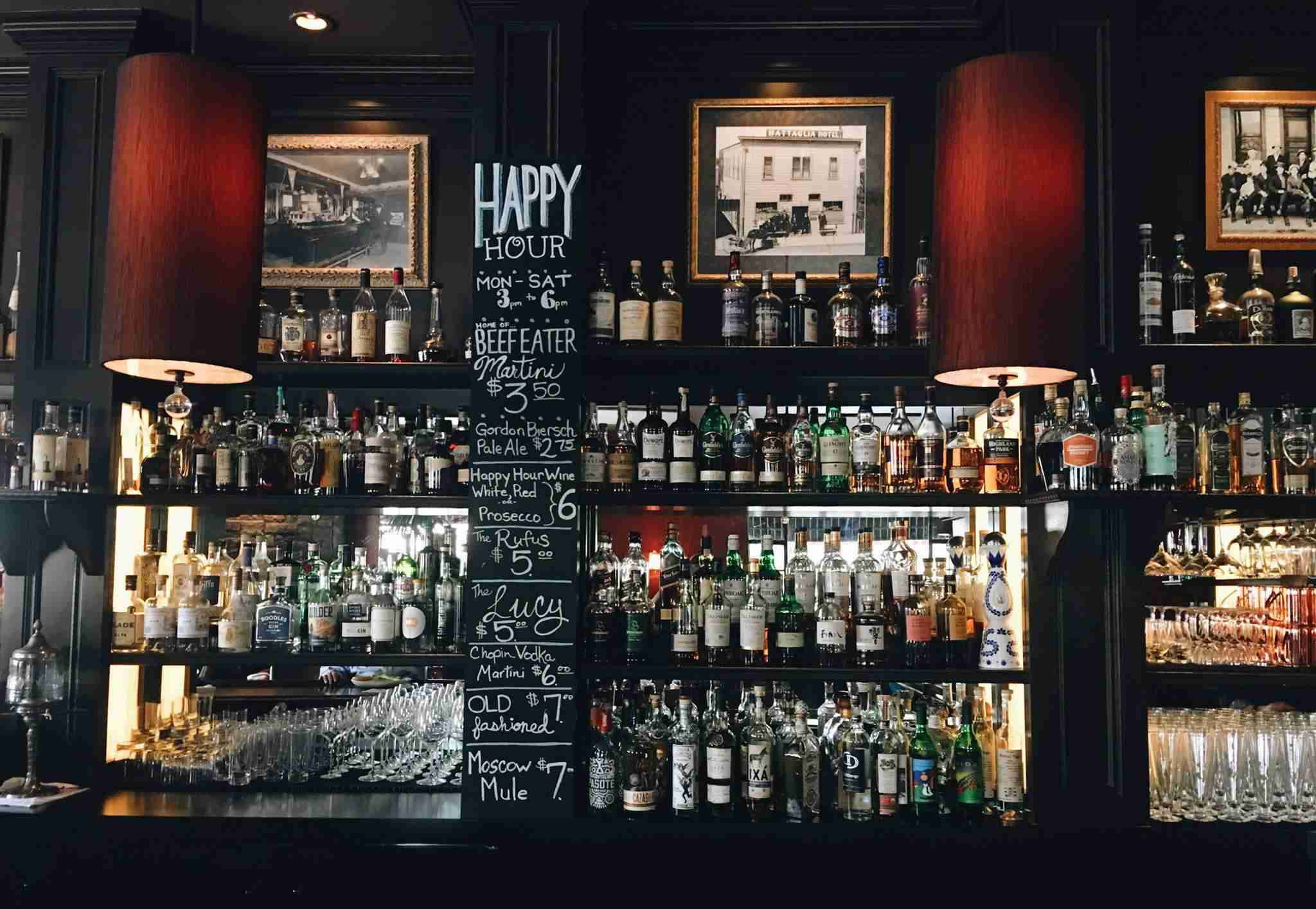 Stark’s is certainly upscale, and their steaks are no doubt top-tier, even still, they manage to capture absolute class without venturing into a pompous decadence. With this being said, virtually any occasion is about the right time to walk through their front door to the sweet tunes of a baby grand and an advantageous looking selection of liquors on the wall staring back at you.

Owners, Mark and Terri Stark are a husband and wife duo for the ages, together they own six restaurants in Sonoma County, employ over 400 people, and are most proud of the fact that at least 20 employees who started out washing dishes and bussing tables now own their houses. Another rarity in the restaurant business, many of their staff have been with them for ten years or more – translating into some of the most exceptional, knowledgable, and entertaining service in wine country.

the girl & the fig 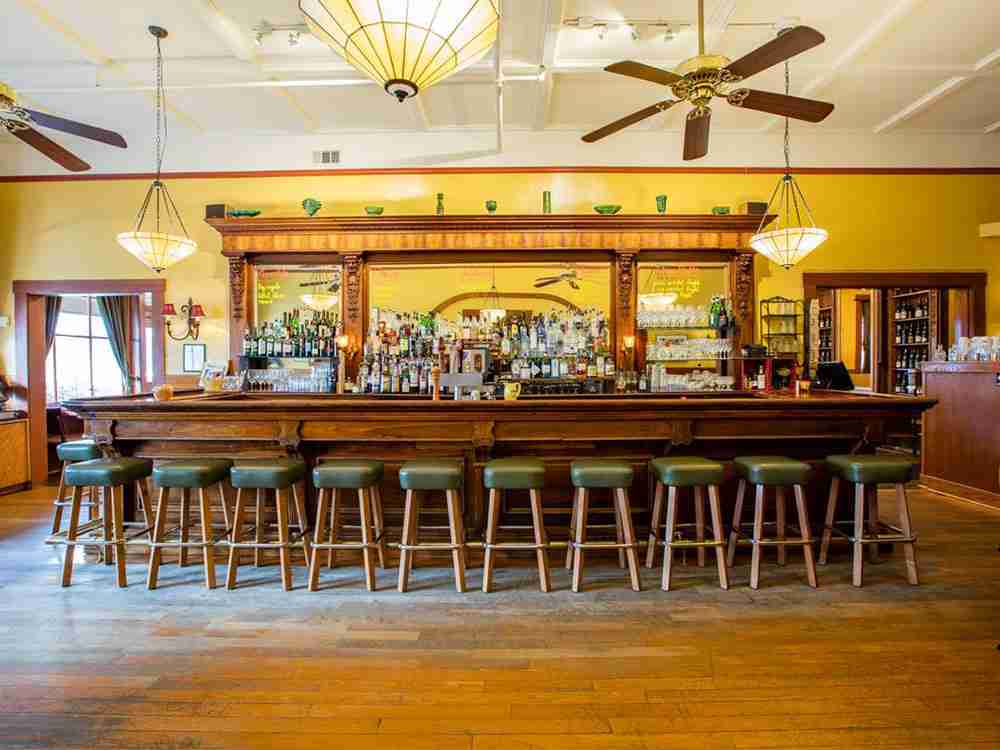 Sonoma’s colonial-era town plaza is something out of a Disney fairytale. Immaculate architectural detail, complimented by warm colors, graces the store-fronts of buildings lining the streets. In the center, a well-kept grassy park awaits – the public grounds feature a fabulous city hall made of beige stone, an outdoor theater, scattered tables, and two subtle duck ponds. Standing in the middle of it all, with the sun shining bright, can’t help but make a person feel they are exactly where they’re supposed to be.

Oh, and it’s legal to drink alcohol openly at the park so don’t feel shy about that world-class wine bottle you brought in your picnic basket. Now, in the northwest corner, next to the historic hotel, along the same street as early 19th century Spanish built Mission San Francisco Solano, is a crafty little joint that has quietly emerged as a beacon of Sonoma gastronomy.

Sondra Bernstein opened the girl & the fig in Glen Ellen, California in 1997 – a few years later, she relocated to more upscale quarters in the plaza. She has infused just the right balance of quirkiness and elegance into her restaurant, which turns out to create a casual yet very singular, authentic dining experience.

Think the exclusivity and intimate nature of a speakeasy, add exceptional lighting, immaculate verdure, and unyielding wall to wall aesthetic beauty and we give you, Fern Bar. This boozed-up Garden of Eden was brought to life by what amounts to be a dream team of local Sonoma culinary enthusiasts. 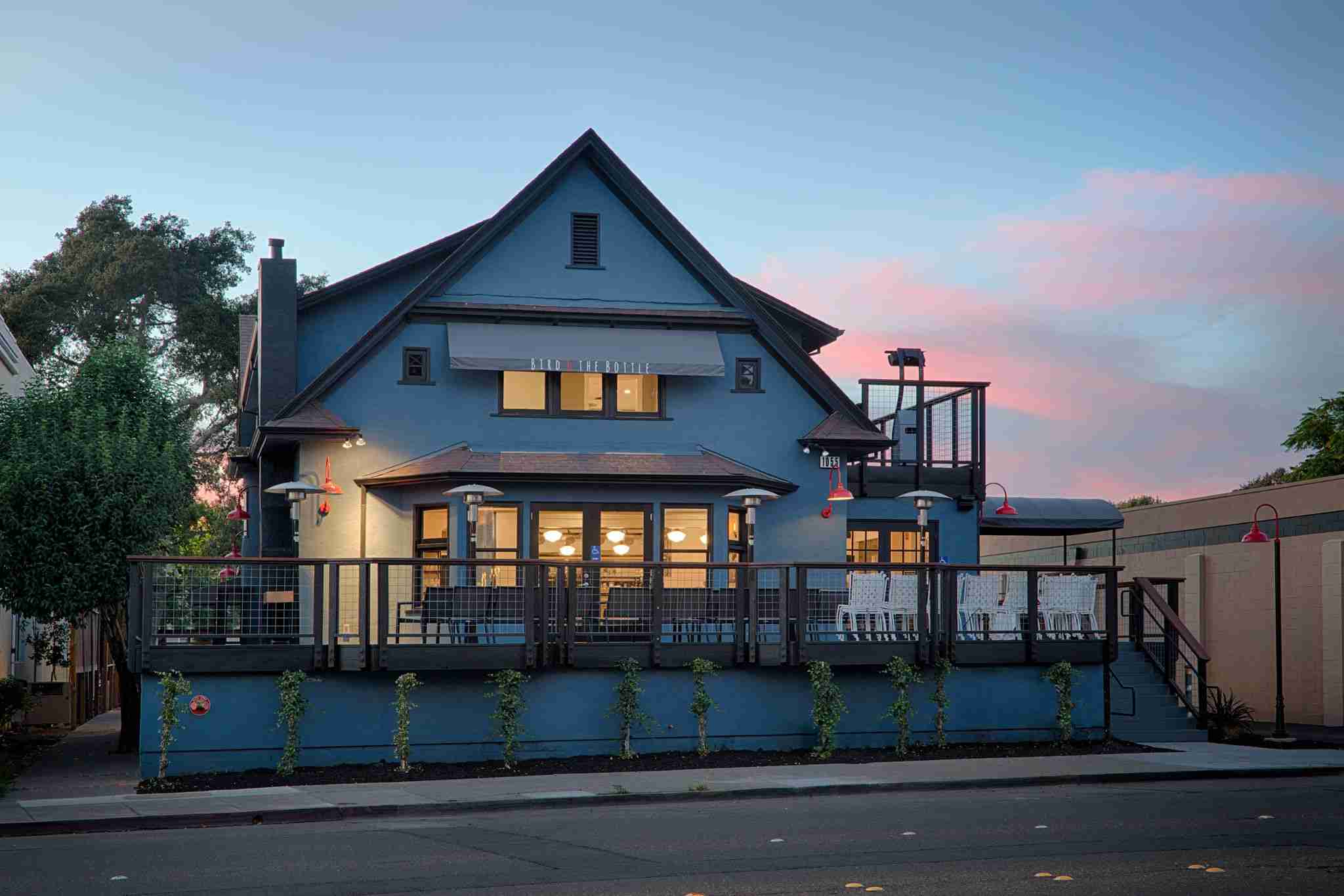 Mark and Terri have done it again! Their second location on our list is Bird & The Bottle, a charming tavern that serves world-class dishes in three cozy dining rooms. If you don’t take our word for the great food, look no further than Michelin grade celebrity chef, Gordon Ramsey, the Kitchen Nightmares star stopped in for a bite to eat and actually looked positively ecstatic (even taking photos with the staff) – that’s not to say there wasn’t any cursing though. You can only ask for so much from some people, am I right? 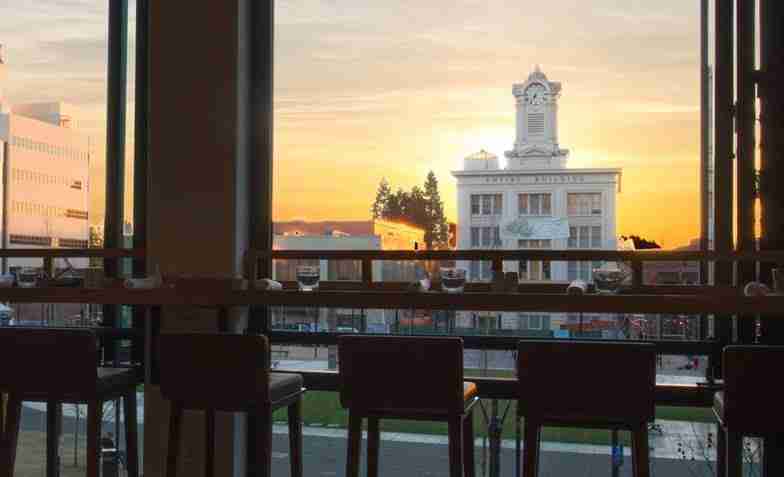 Perched on the second floor of a building overlooking downtown’s Courthouse Square, Perch + Plow offers fantastic views of Santa Rosa. Speaking of captivating visuals, one can’t help but gawk at the giant Bud Snow octopus mural on their wall, it encapsulates just a single stunning footnote in the middle of this masterpiece of an interior. Finally, in an effort to liven up the mood amidst the COVID-19 pandemic, as our world could use any ounce of cheerfulness that can be, they offer a line of “F-COVID” Craft Cocktails; so don’t miss out on the chance to enjoy an Immunity Mule or Sweat-It-Out this quarantine season…You Only Live Once.

About an hour north of the Golden Gate Bridge awaits a veritable country within a wondrous state, where natural beauty unites with world-renowned California artists and artisans to inspire the senses – they call it Healdsburg. There, along Plaza Street, four friends, who are self-described service “industry lifers,” launched Duke’s Spirited Cocktails desiring to provide a welcoming watering hole for locals and tourists alike, free of pretension and full of enjoyment, education, and experimentation.

They’re on the right track, as thus far, this swanky spot at the gates of wine country has garnered considerable acclaim from cocktail enthusiasts looking to baptize their palates in firewater. 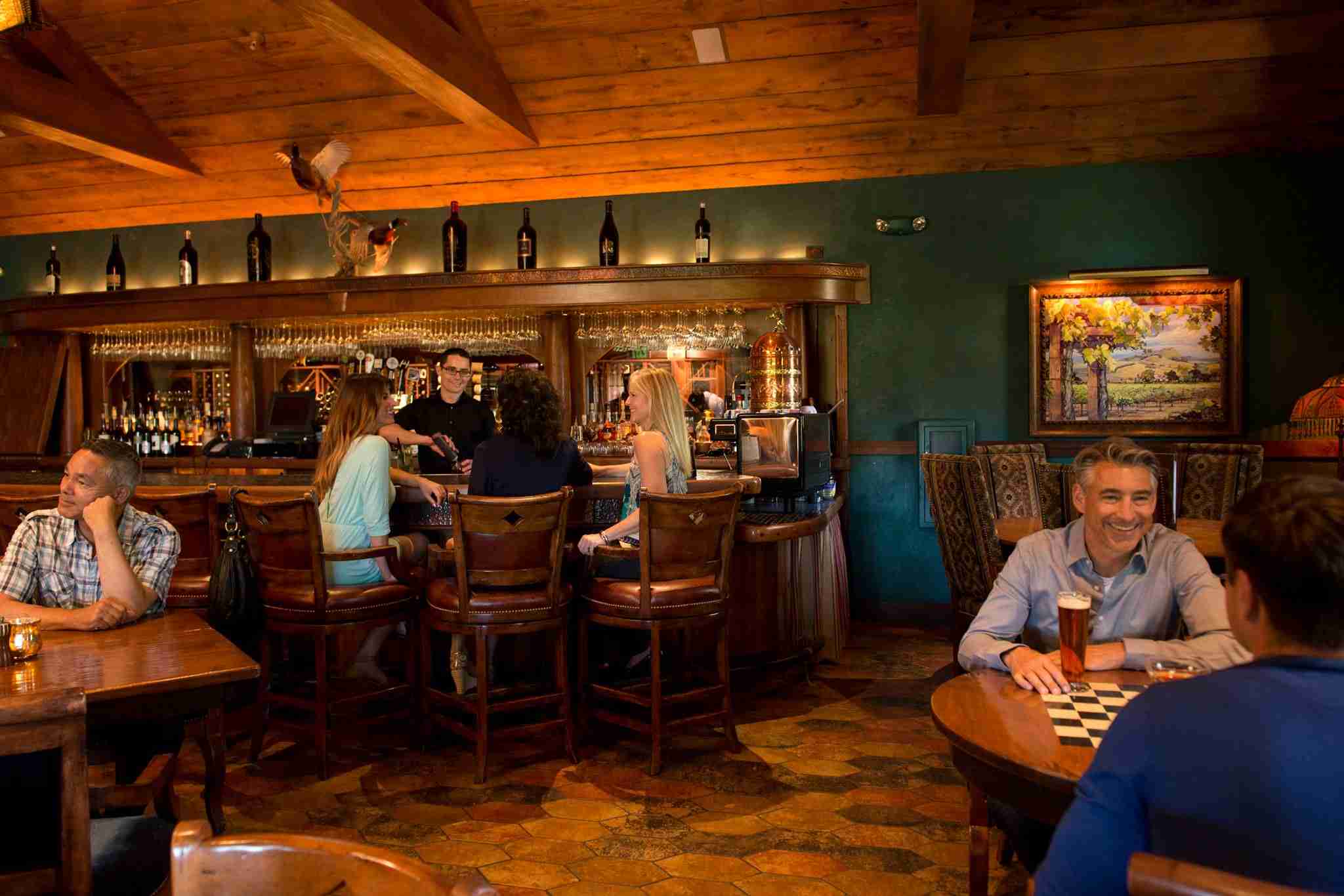 Nestled next to Vintners Resort in Santa Rosa, John Ash & Co. was the first Sonoma County restaurant to introduce the concept of cooking with seasonal, locally sourced foods and produce; they’ve even gone a step further by growing most ingredients on their own property. While you’re there, before getting distracted by the Michelin rated culinary excellence perfectly displayed on the plate you ordered, don’t forget to soak in those breathtaking views of the surrounding vineyards.

The Lounge at La Rosa 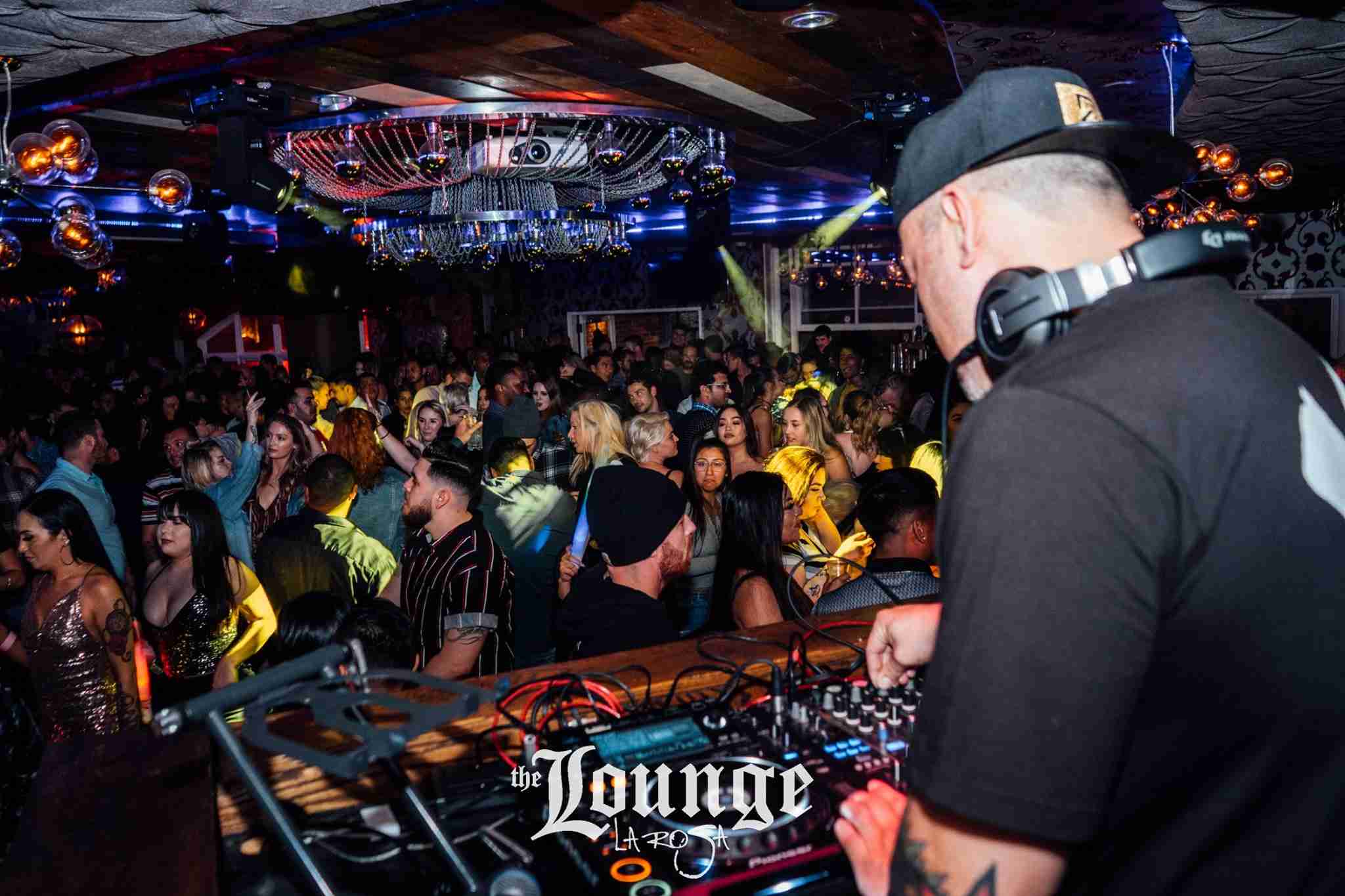 La Rosa Tequileria is a restaurant + bar located in the heart of downtown Santa Rosa that offers 160 different tequilas served alongside exceptional Mexican fair. That is until Saturday night rolls around, at which point, a quick walk upstairs will reveal the hottest stand-alone nightlife experience in Sonoma. They’ve got a decked out lounge fit for the city, not to mention, you already know that if DJ Cal is on the turntables, that dance floor’s gonna get wild! 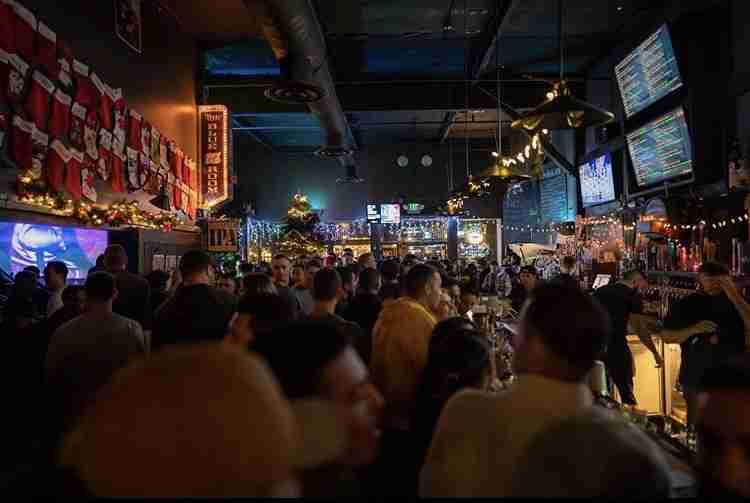 While Thursday nights are spent at the Cotati Crawl, a series of pubs positioned within a mile of Sonoma State University, Friday nights are reserved for downtown Petaluma. Before stumbling from bar to bar, you must begin your evening of debauchery at Jamison’s Roaring Donkey – it’s simply tradition. They provide the perfect atmosphere to get the good time rolling by hosting a variety of games, live performances from the local artists, and an optimum noise level for socializing. 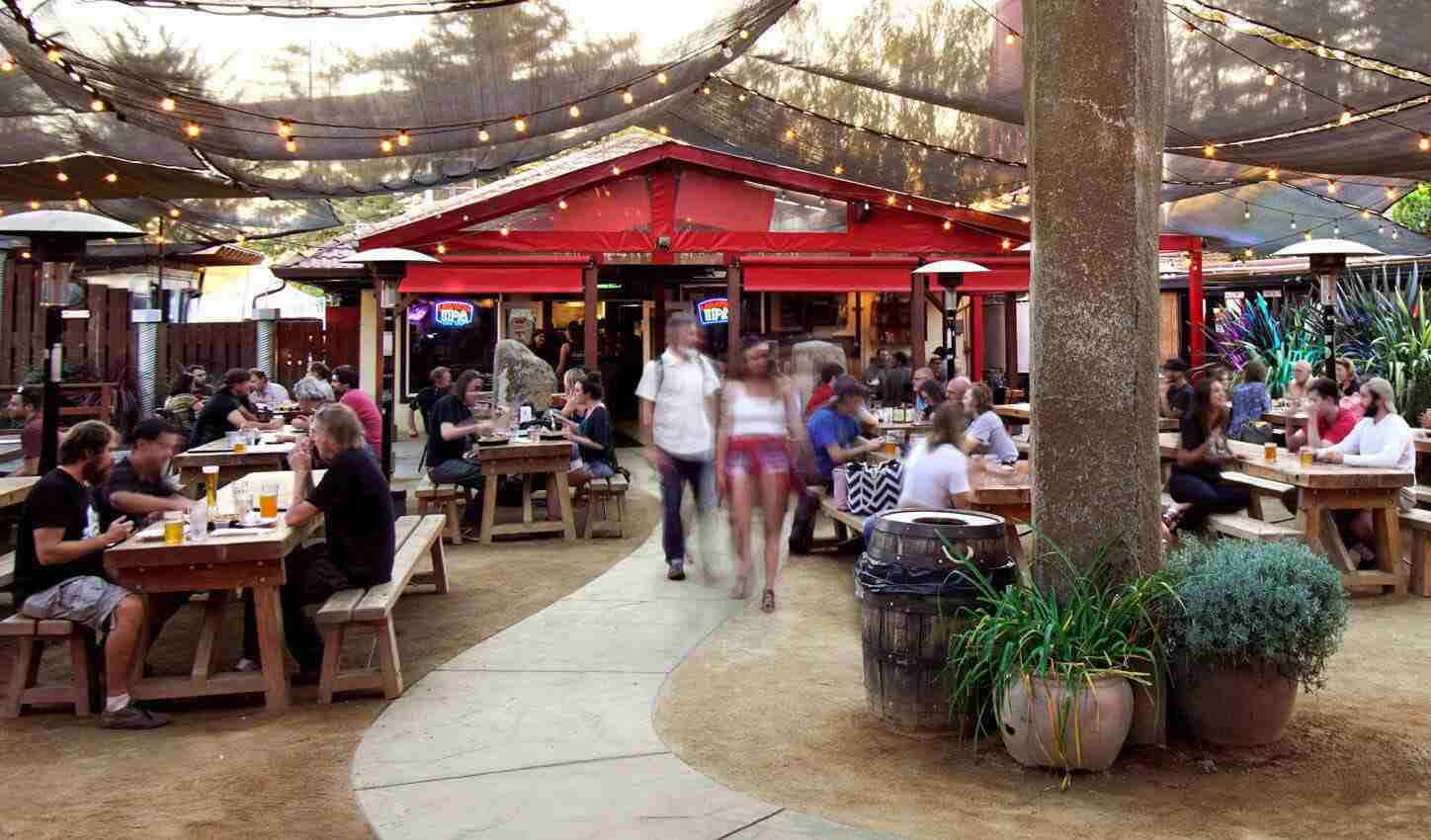 Sonoma County native, Lagunitas Brewing Company, sold a whopping 50% stake in itself to Heineken in 2015. Today, their IPA’s are not only competing amongst the world’s greatest in terms of availability and sales, but many are also happy to declare them second to none in quality. Visiting the Lagunitas HQ and taproom requires little more than grooving to the sounds of a rock & roll band, soaking in those classic California sun rays, and letting a flight of unique first-in-class IPA’s get to work.

The truth is, this region has been spoiled with some of the best craft brewery operations in America (Russian River and Racer 5 are a couple more noteworthy examples), and if there was ever such a place, it’s alter ego is “Hop Country.”

You Should Also Know

Imagine a resort and casino fit for Las Vegas sticking out of the rolling hills of wine country like an oasis in the desert, you’d be picturing the Graton Casino. Although there are a number of upscale bars throughout the building, in the center of their gaming floor is Sky Lounge, a sumptuous experience like none other. (P.S. they have a really nice outdoor pool area.) (P.S.S. there’s a poolside bar out there too.)

For any and all information regarding Sonoma County nightlife, we refer you to 7NITE GROUP on Instagram; they host, promote, and document all kinds of amazing events in the area.