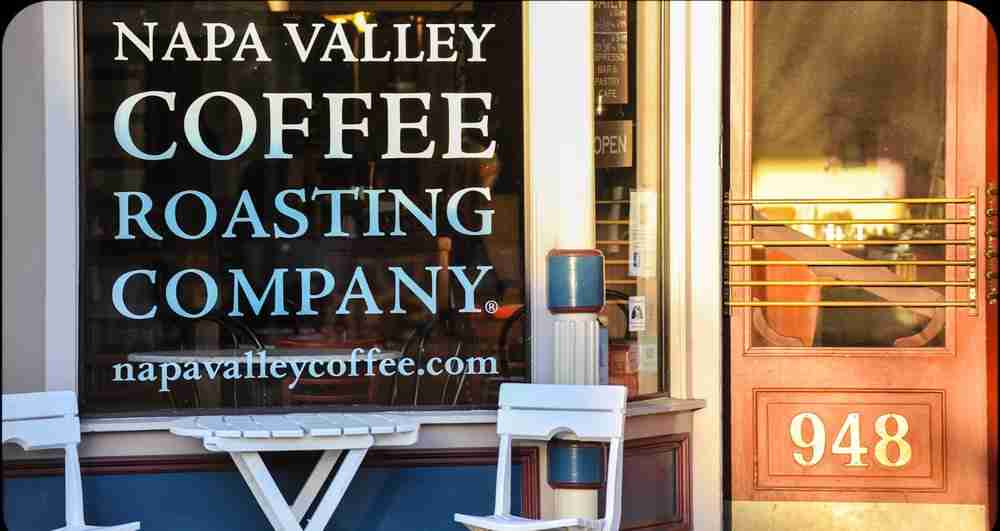 Napa Valley Coffee Roasting Company opened its doors in 1985, making this European modeled coffee house one of the first cafes available to Napa residents. Housed in a downtown landmark victorian building, they carry single-origin coffee beans from Indonesia, Africa, and the Americas. Mix in the right person, a walk down by the river, and a conversation that goes a little too long, in the best kind of way, and this cup of joe could turn into the beginnings of one’s very own, real-life “Happily Ever After.” 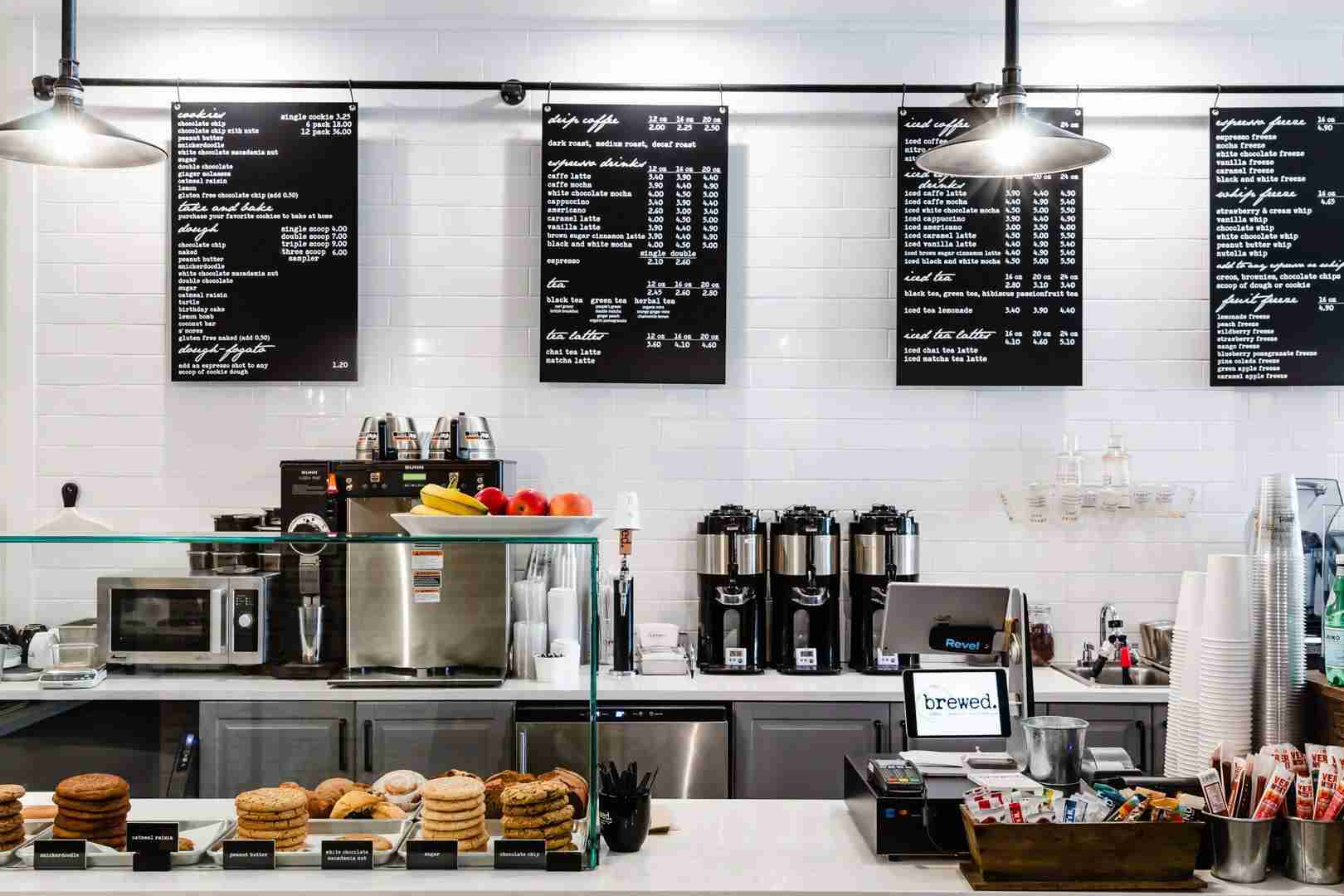 Laura (Mom) has been baking since the ’50s and Lisa (Daughter) has been doing the same since the ’70s. After years of religiously being asked to bring their baked goodies to gatherings with friends and family, the opportunity to open their own cafe arose. While in high school and college, Lisa worked as a barista and developed a long love of coffee.  When she graduated with her degree in engineering and worked for a local engineering firm, her coffee cup was never far from reach.

She went for it. Recruiting her own mother, the dynamic duo embarked on a mission to bring to life a cookie baking, coffee brewing, pâtisserie of excellence pumped with all the undeniable heart and soul of a loving momma.

So go on in, it’s alright, you don’t have to tell yours that you stepped out for some innocent pastries that may or may not be better than hers – of course, you’d never confess they’re better, not to her face at least. Now, you’re curious…they can’t be better than mom’s cookies, they just can’t – but maybe they are…and maybe the thought of that alone brings with it the thrill of discovery, destiny, and adventure.

Look, we’re not here to convince you to cheat on your mother’s cookies, okay! But no one has to know…the cookie dough…don’t forget to try the cookie dough. 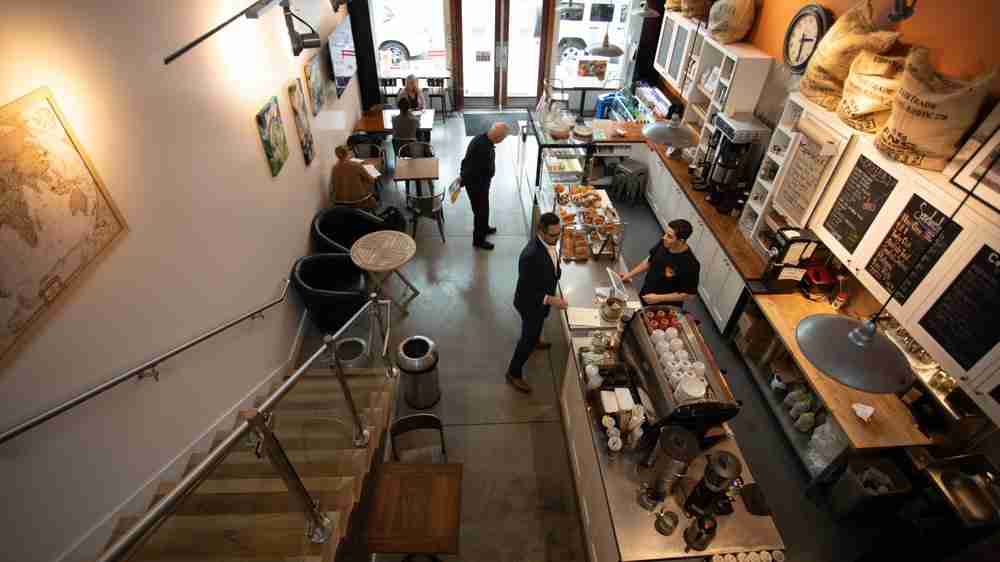 Opening its doors to the valley in 2020, Le Paris Artisan & Gourmet Cafe puts a modern spin on classic French pastries. Baker and Owner, Jay Magsano, opened his first store in American Canyon, however, after noticing how many Napa residents were making the considerable commute for his sweet delicacies, he says, “we decided to open another shop and bring us closer to the locals.”

Most importantly, the bakery serves great Joeseph – opting for fitting Moschetti French-style coffees and espresso. On an additionally pleasant note, the breakfast options are heavenly, who knew a ham, egg, and cheese croissant could be so satisfying or avocado toast so vibrant with flavor. 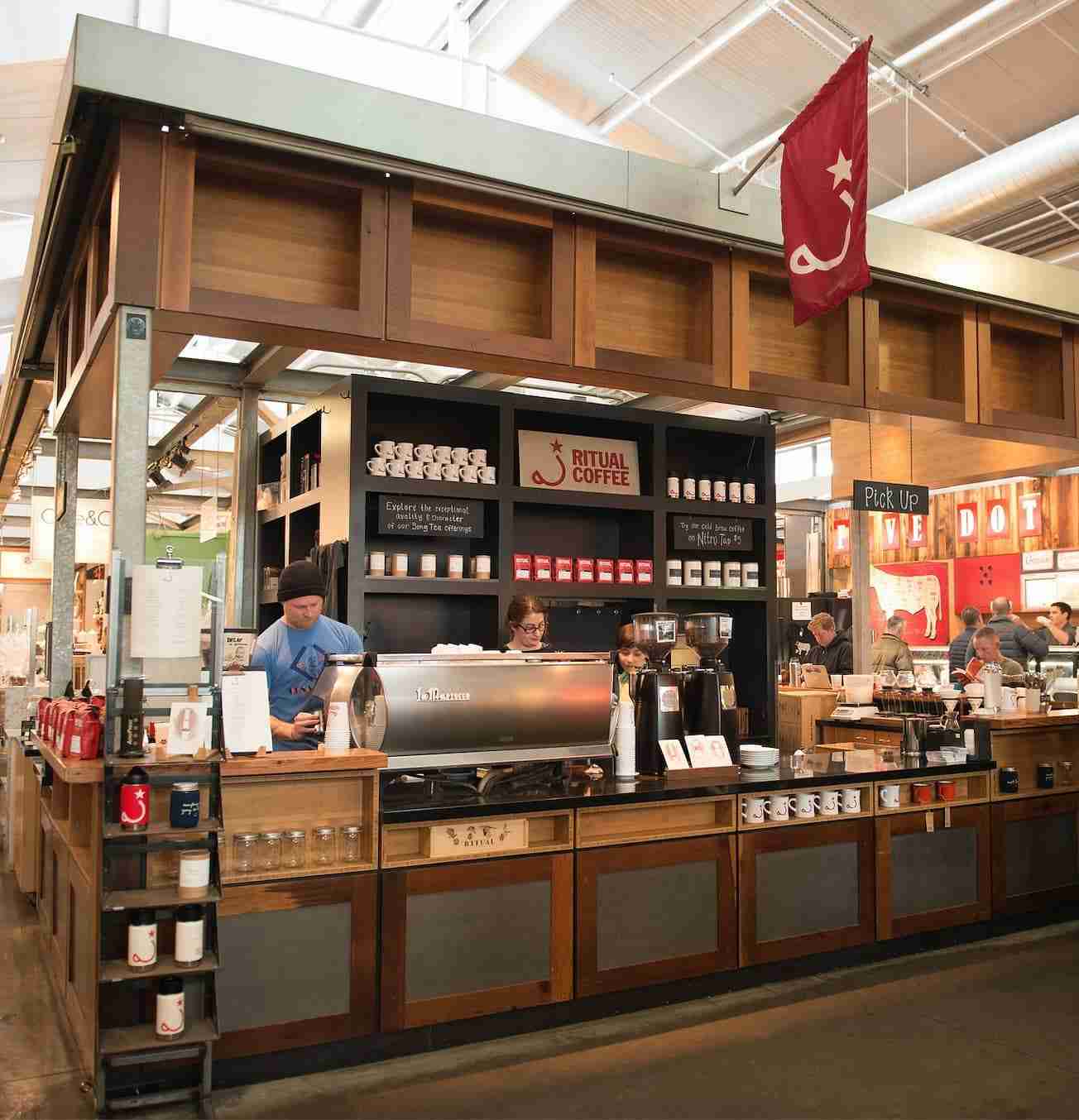 Based out of San Francisco, Ritual Coffee Roasters jumped at the chance to open shop in downtown Napa’s famous Oxbow Public Market. They bring with them the world’s best beans, responsibly sourcing from Central America’s Costa Rica and Guatemala to Africa’s Rwanda and Ethiopia. Offering the most diverse choice of blends, crafted with love by meaningful baristas, Ritual may very well have the throne for serving Napa’s best coffee. 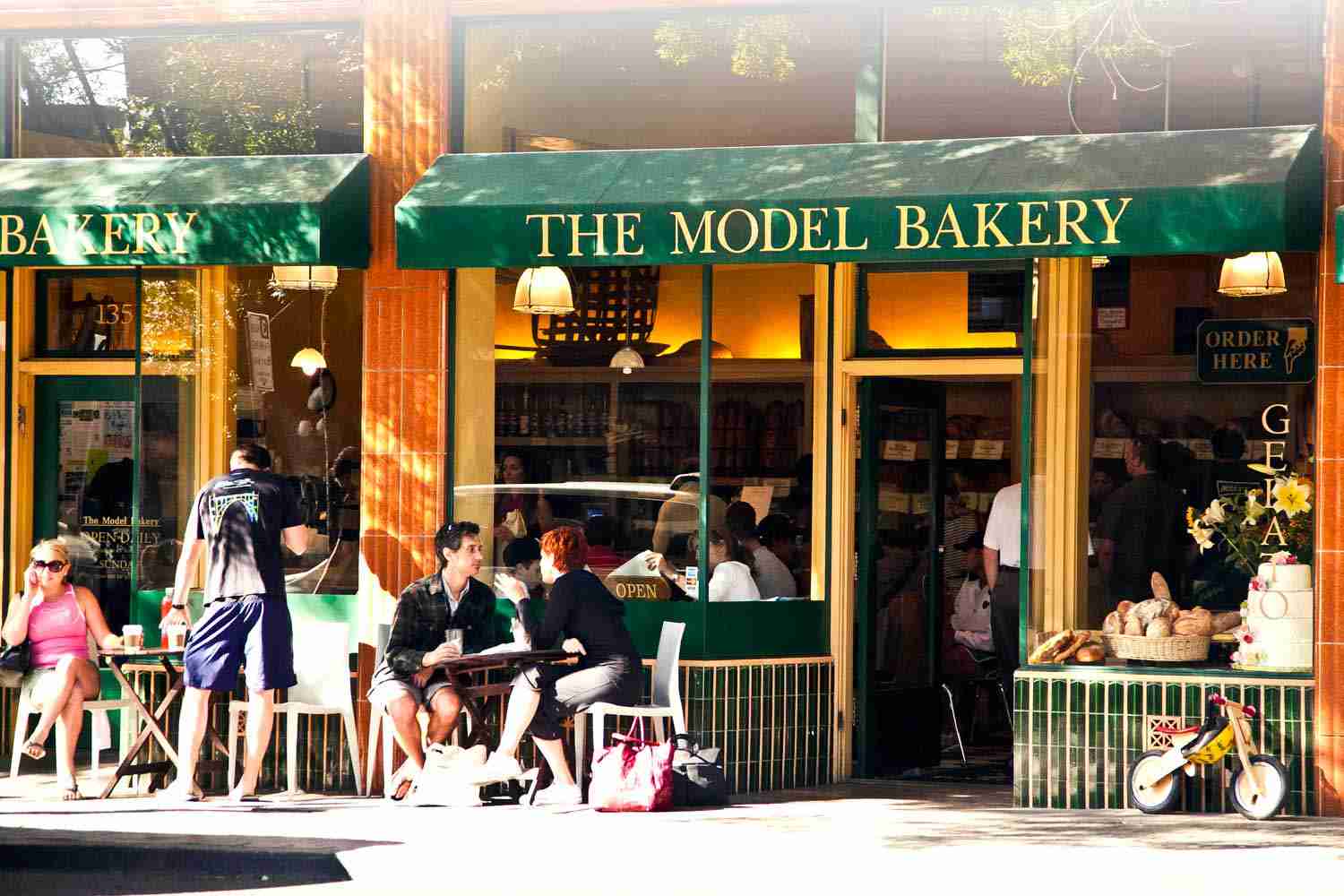 The Model Bakery has been serving exquisite baked goods to the Napa community for over 90 years; more recently, in 2016, media magnate Oprah Winfrey added their home-made English muffins to her Oprah’s Favorite Things List! Having owned the business for nearly 30 years now, Karen Mitchell, along with her daughter, Sarah, specialize in artisan breads made with organic stone ground flours and the highest quality ingredients as well as a complete range of pastry products.

There are two locations, the original nearly century-old store in St. Helena, and a newer one in downtown Napa’s beloved Oxbow Public Market; the latter incorporates state-of-the-art equipment and ovens to continue to create their world-class breads. Although coffee isn’t necessarily the main attraction here, your morning cup of joe never found a sweeter compliment. 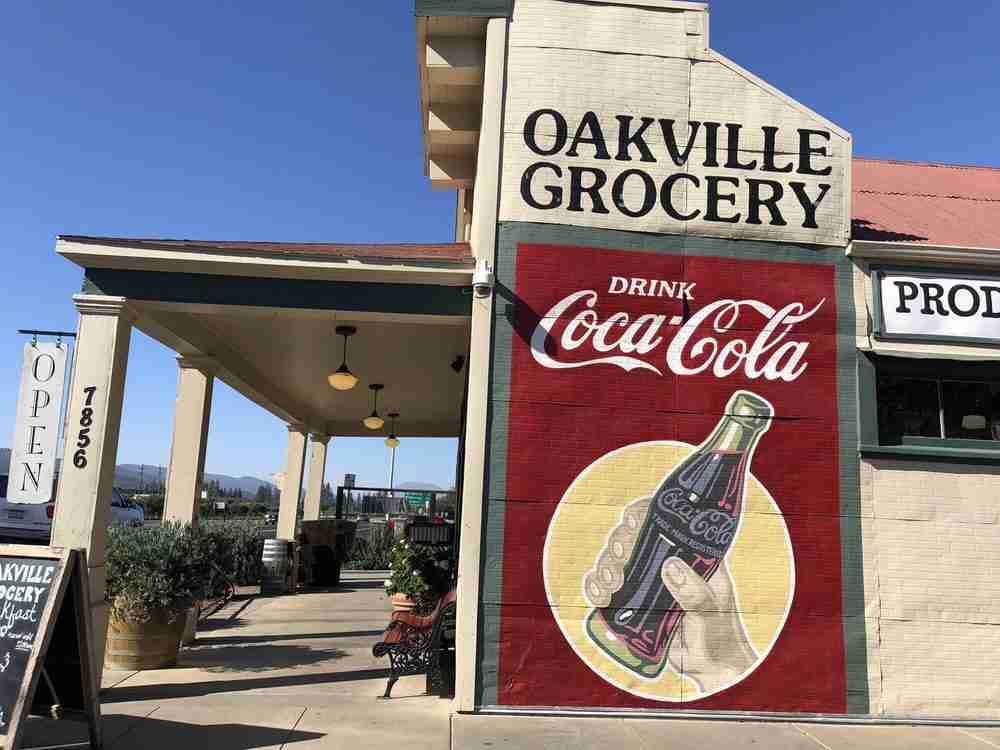 Amidst the patchwork landscape of colorful wildflowers and green grapevines that make up California’s wine country has been Oakville Grocery, since 1881. The shop’s seen many transformations related to the trials and necessities of any given generation during its time. Today, however, what guests find is food that is locally grown, carefully curated, artistically displayed, and free of pesticides or synthetic fertilizers; in other words, goods are selected for their purity, quality, sustainability, and locale. Their coffee is no exception.

For a truly authentic taste of Napa, be sure to stop by this rustic monument hand-crafted by our unwavering American-pioneer ancestors. 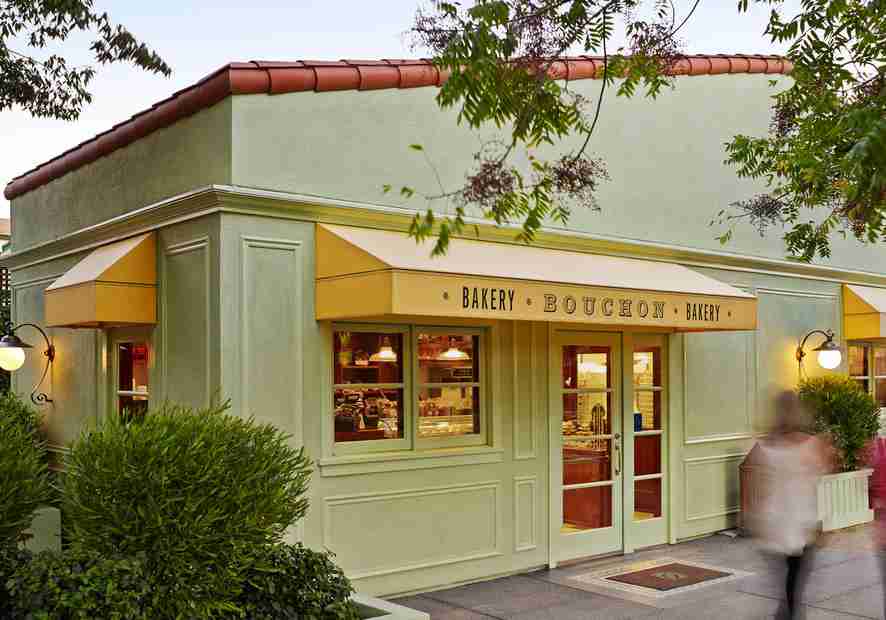 Thomas Keller is the most decorated chef in America; he’s also the only American chef to hold all six out of his total seven Michelin stars simultaneously. Napa Valley restaurant, The French Laundry, is his most revered recipient of international praise, having earned three Michelin Guide stars, been named the best restaurant in the world by Restaurant magazine, and pocketed Wine Spectator’s Grand Award. If that’s not enough, in 2005, the late great Anthony Bordain called the culinary palace “the best restaurant in the world, period.”

When Keller first started Bouchon Bakery, he planned for it to serve as a producer of world-class pastries for his world-class restaurants, what he didn’t see coming, was that the house of delightful treats would in no time take on a life of its own – a testament to his exacting standards in every facet of gastronomy. There, pastry chef Nicholas Bonamico works tirelessly, making an array of sweet delights including classic Viennoiserie, such as croissants and pain au chocolat, breakfast items like muffins and coffee cakes as well as an ever-changing selection of tarts, cookies and other treats. 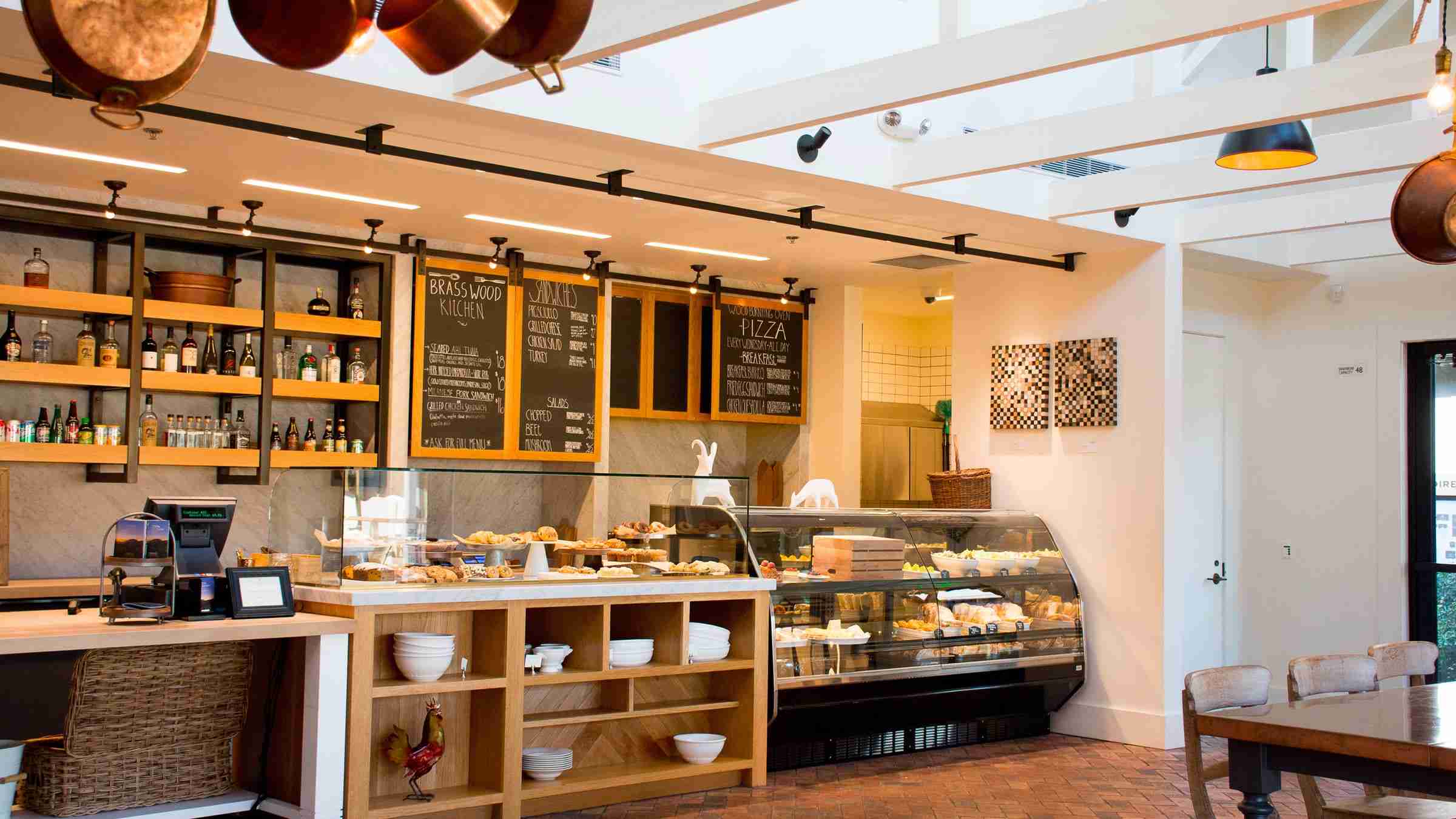 The Brasswood Estate is typically celebrated for their more grape-centric ardent spirits. However, one less commonly known secret of the valley is that they have one of the best bakeries in Napa just behind their restaurant. If you’re looking for a quiet place to disappear amongst the picture-perfect vineyards, and could also use a cup of joe or more fortunately so, an Irish Coffee, look no further. 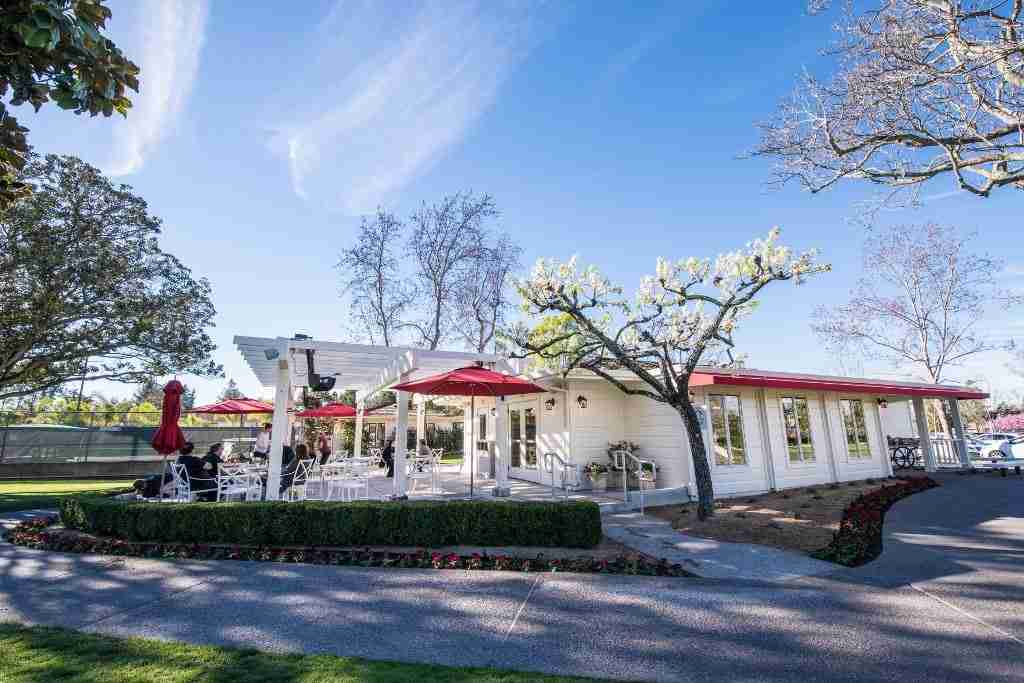 An esteemed Union Civil War general by the name of John Franklin Miller originally purchased what is now the Silverado Resort property in 1869. He saw the 1,200 acres of then Rancho Yajome as an opportunity with which he could build his legacy, hence, the man set out to construct an Italian and French-inspired estate he’d name La Vergne.

When you visit the resort’s lounge, you are standing in what was once the mansion’s great living room. Following his death in 1886, General Miller left La Vergne to his daughter Eudora, who went on to host an array of prolific guests, including President Theodore Roosevelt.

Over the years following 1932, the property underwent a number of transformations even beyond becoming a resort; these include the addition of an 18-hole golf course, 16 tennis courts, 10 swimming pools, 280 private cottage suites, and this funky little market & bakery. The latter of the improvements makes for a perfect quick stop just off the wine trail for picnic goodies, Starbucks coffee, or a relaxing break betwixt gorgeous scenery. 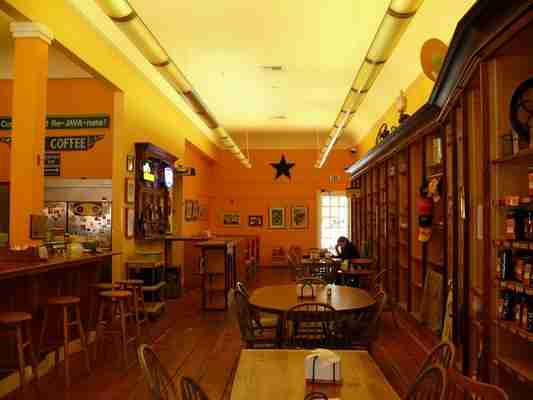 There are some things about an intimate neighborhood coffee shop that simply cannot be captured in a company’s nationwide rollout of locations. These meaningful intangible attributes, along with the artistry of exceptionally roasted coffee, are exactly what Clive Richardson hoped to bring to the small town of Calistoga when he became a Coffee Bean + Tea Leaf corporate office defector and opened Calistoga Roastery in July of 1992.

Stop in, make yourself at home, and remember to get there early for your choice of their locally-renowned bagels, they go fast!