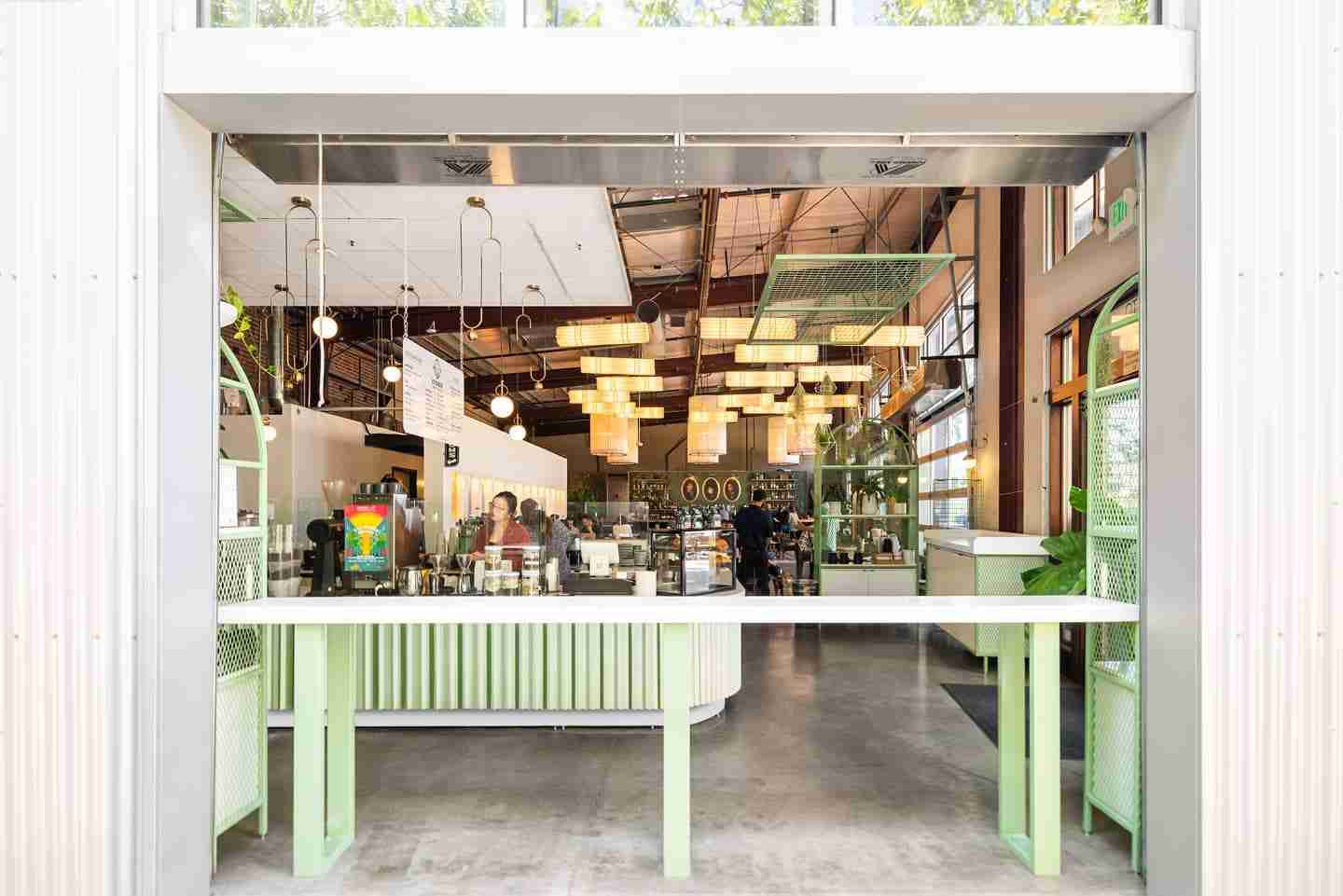 Upon returning home from far-off destinations around the world, Voyager employees are encouraged by owners Sam Shah and Lauren Burns to share with the company some of the more fascinating flavor experiences they encountered. This openness to humanity’s diverse cultures would explain the shop’s unique repertoire of signature coffees; for instance, “The Tokyo” features house-made vanilla and cherry blossom water and then there’s the “Bali,” which is highlighted by its coconut cream, cayenne pepper, and honey.

Having originally begun operations as a humble mobile coffee cart with two optimistic founders, Voyager has since grown to encompass three locations; two in Santa Clara and one at the San Pedro Square Market in downtown San Jose. 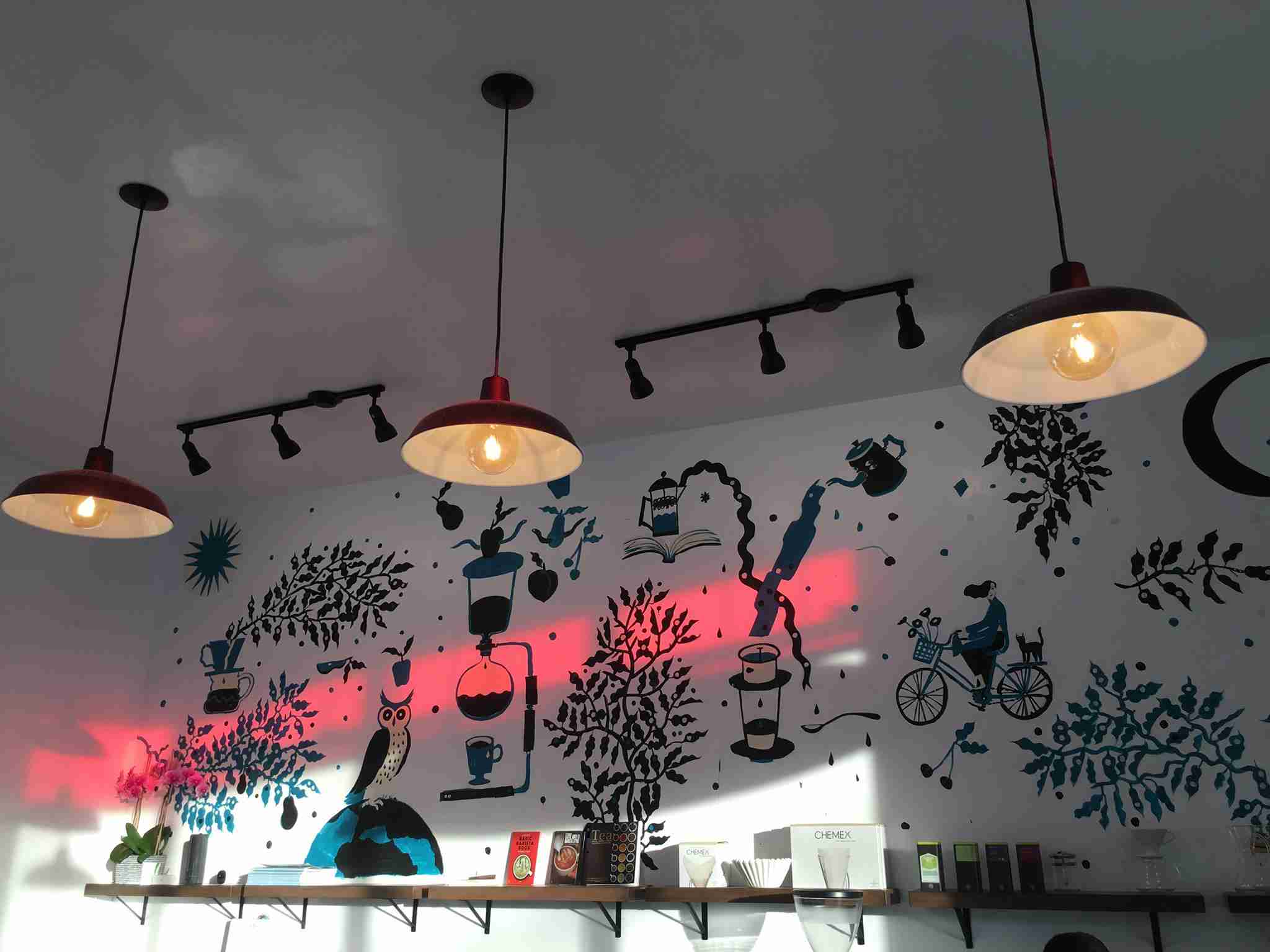 When Frank and Kathy first moved to the SoFA district in 2016, they had to wait longer than expected to bring their coffee house dreams to life. Weathering the unforeseen obstacles, their steadfast persistence guided the opening of Academic Coffee Cafe in 2017; a place that can be described as a little cafe, micro-roastery, matcha boutique, and home to some of the finest small-batch jams and baked goods from resident artisan, Stained Wheat.

Although the joe is great, if there was ever a time to purchase those delightful pastries that grace the countertops of coffee shops everywhere, it’s while at Academic. They just take things to a whole other level! We’re talking pineapple and orange-chocolate Dorayaki’s, sweet candied bacon, fresh-baked pretzel buns with house-made jam, mozzarella infused Pesto Focaccia, along with a slew of vegan-friendly options. 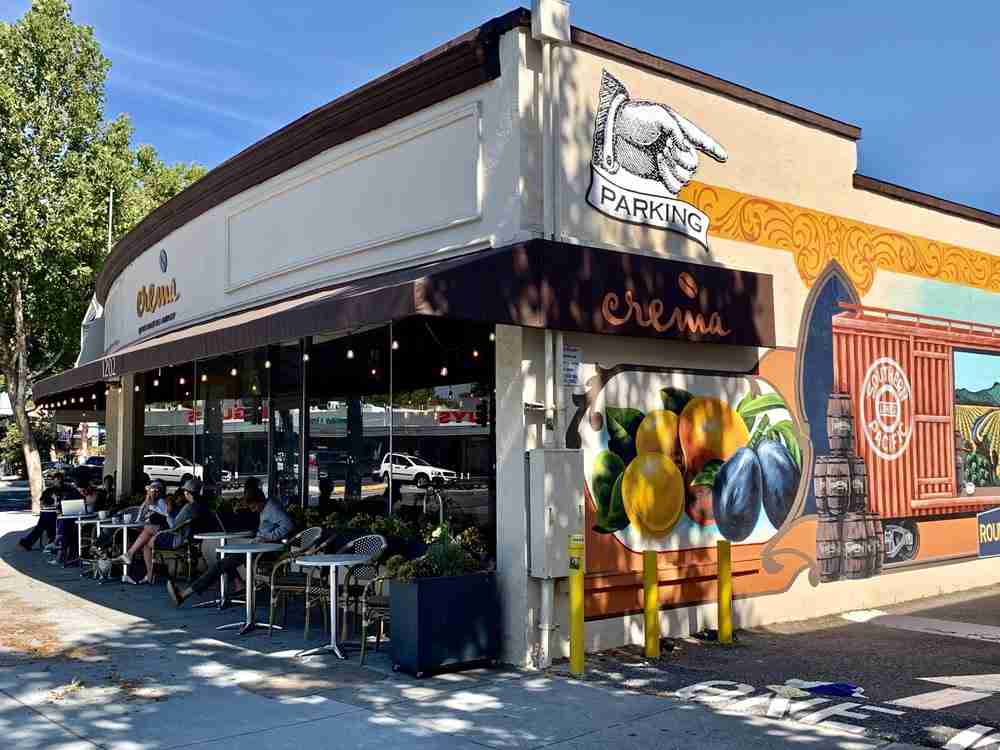 June Tran gave up her career as a social worker to begin roasting coffee beans and by 2007 managed to open her very own cafe by the name of Crema Coffee. Since then, the welcoming atmosphere, cozy vibes, and homey interior have embedded the shop as a pillar of the San Jose community. While the original location has recently been retired, there is another at 1202 Alameda and the same duo of magnificent charm and excellent coffee is also available, among other exciting dishes, at Tran’s restaurant, Pier 402. 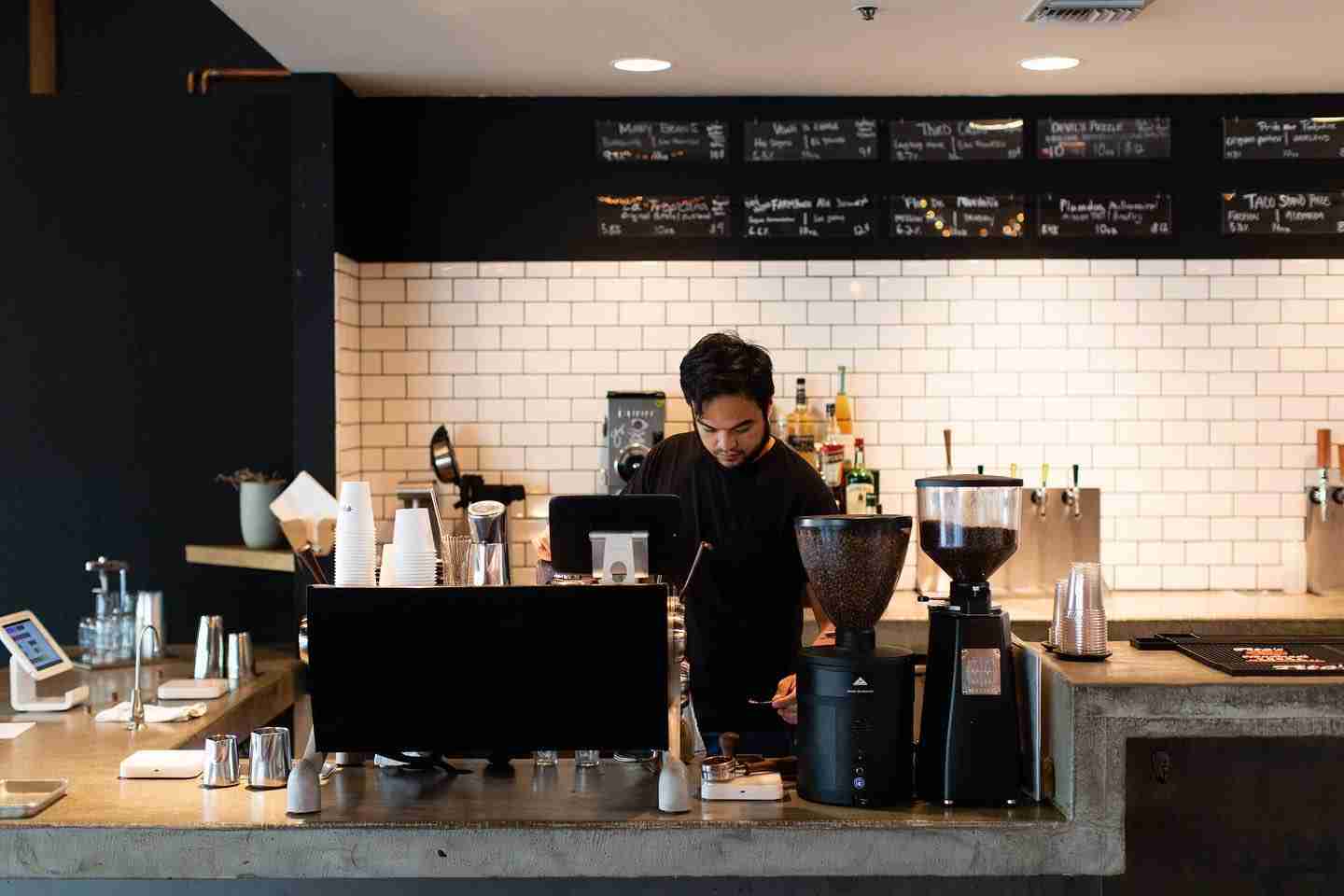 Forager is a massive multi-purpose event space that gains much of its recognition from hosting a variety of large public events, performances by local musicians, lectures by university professors, and considering the overall beauty of the venue, even private gatherings such as weddings.

Having partnered with Devout coffee, Forager also becomes one of the largest artisan coffee shops that San Jose mornings have to offer. The perfect professional social destination for groups, that power meeting with the entire team never found a better home. 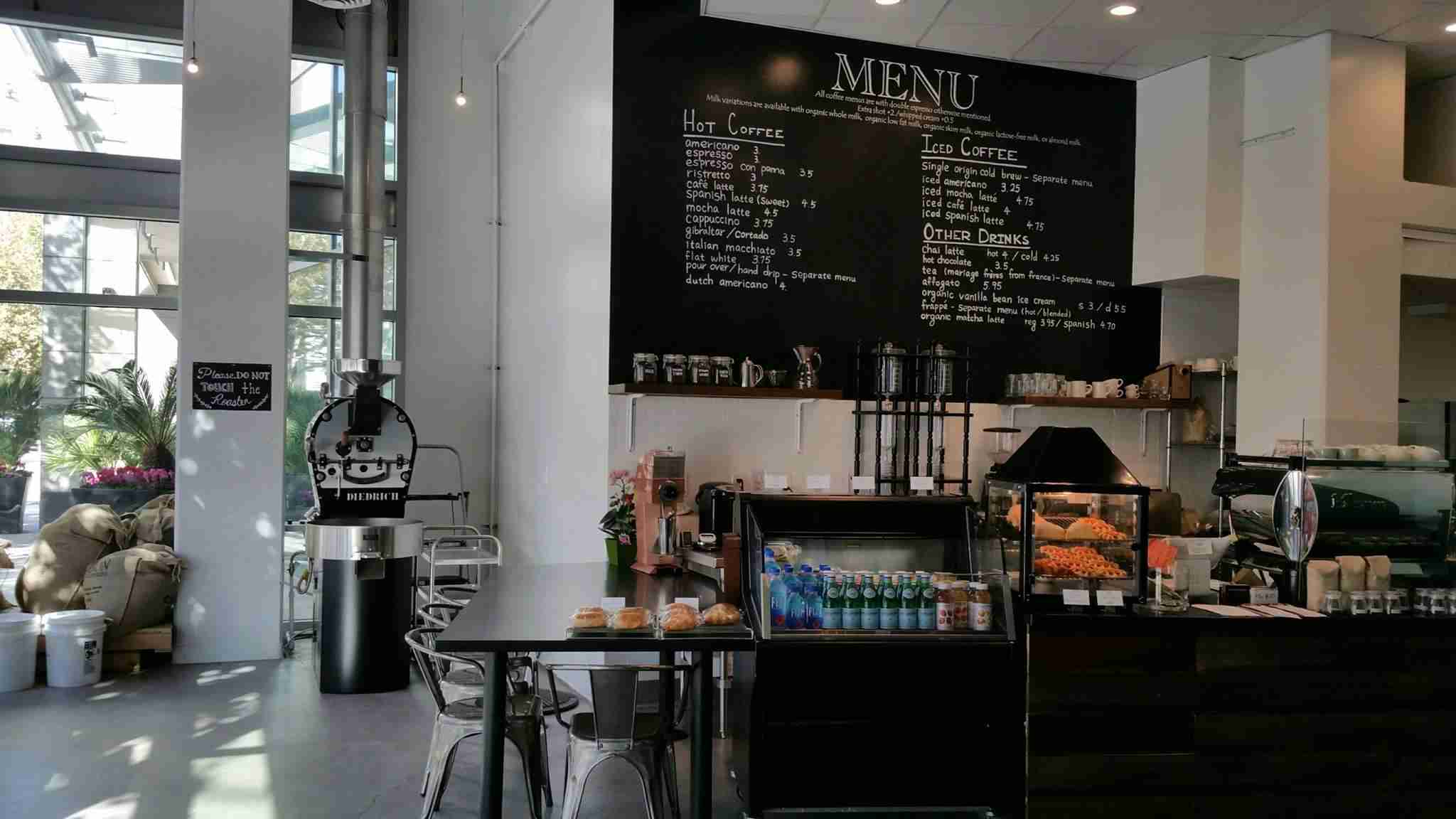 Inspired by the famed 18th-century French philosopher who has since gained recognition for drinking over 50 cups of coffee a day, Voltaire, is certainly living up to their namesake. Serving specialty coffee sourced from all over the globe, they pride themselves on their consistent quality in-house roasting and sourcing of beans directly from fair-trade markets that work with local farmers. 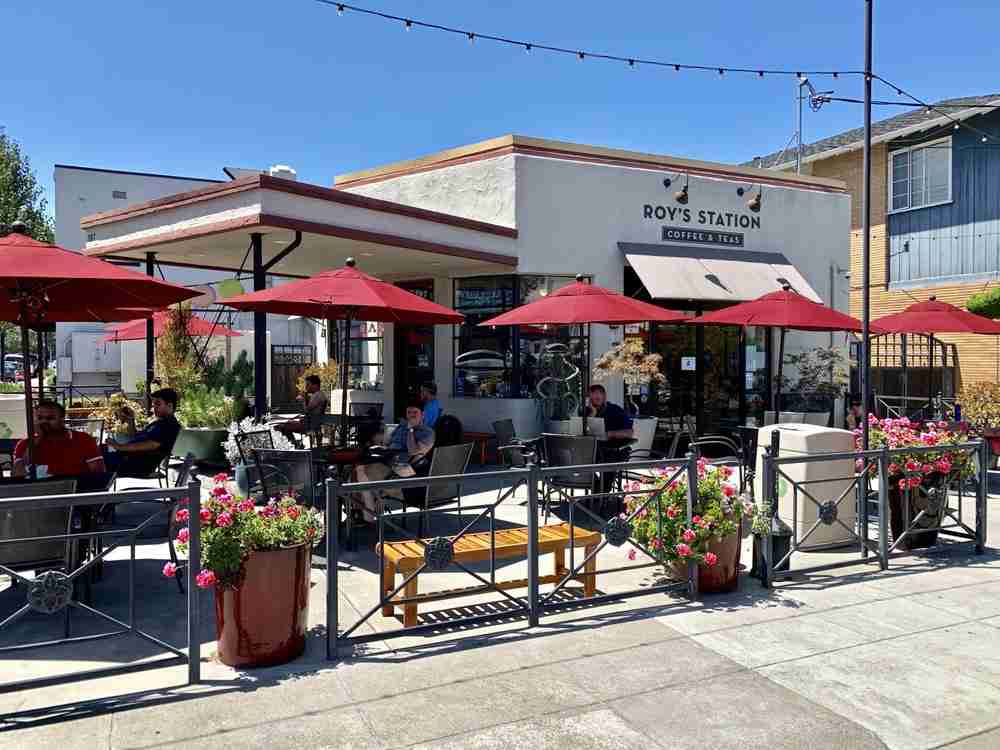 Grandpa Roy used to run a Mobil gas station on the corner of 5th and Jackson streets in San Jose’s Japantown. His family purchased the property not long after being released from World War II Japanese internment camps, however, as environmental standards in California grew ever more stringent, the business began to suffer and he ultimately decided to close it down.

Just as the seasons change, more recent family members have converted the 1930s era building into a uniquely delightful coffee shop experience. The gas pumps have been replaced with patio furniture and on a bright sunny day, the property now pairs quite well with some locally sourced coffee and baked pastries. Regarding the environment, although they occupy a location where fossil fuels were once exclusively sold at a great scale, in a circle of life type reinvention, they now hope to power their building with solar energy. 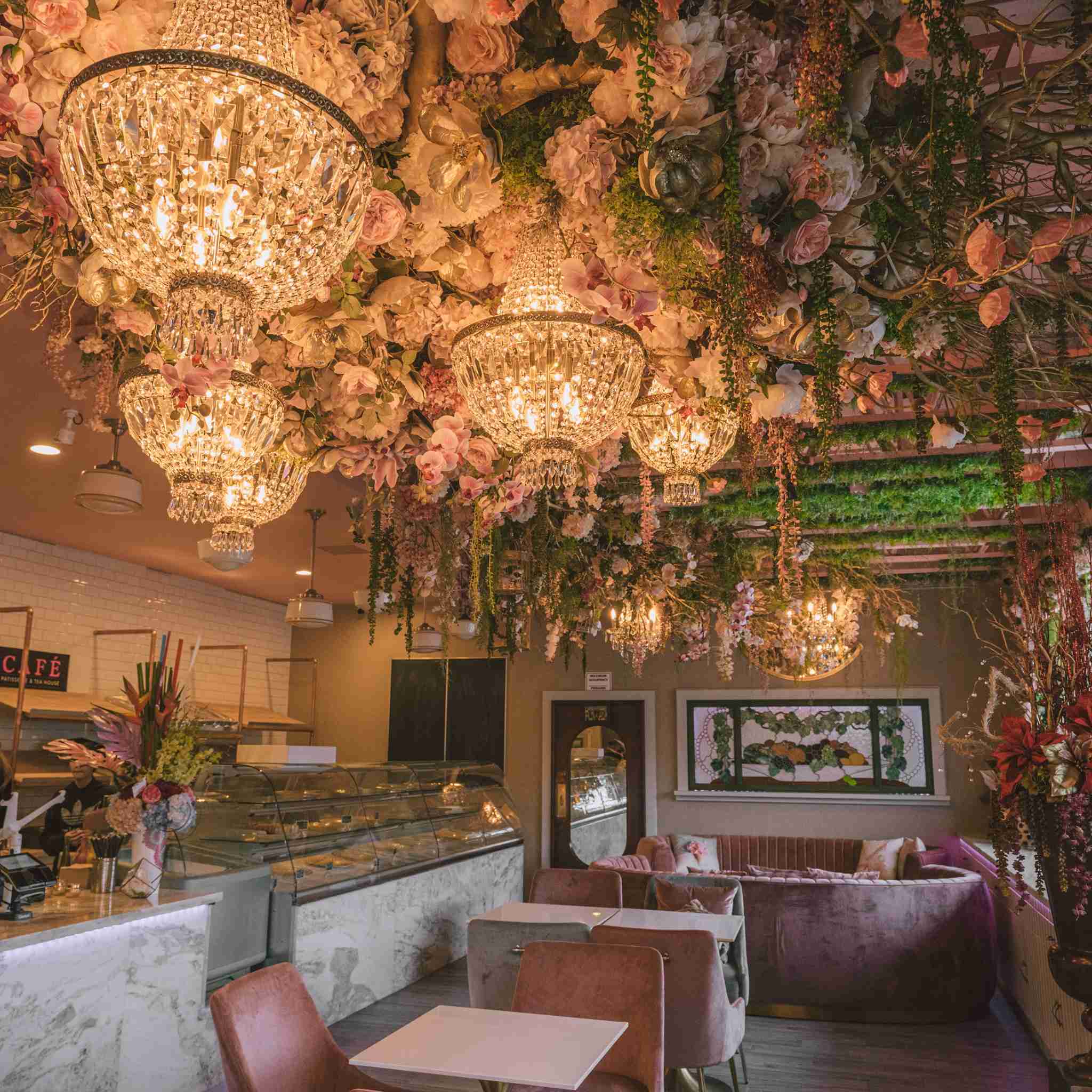 Golden chandeliers drip with decadence from the rose affluent ceiling of this palace which brims over with opportunities for truly one of a kind photographs. For all those Instagram connoisseurs of cuteness who demand pomp and pretty with each cappuccino, you will be hard-pressed to find a more aesthetically attractive venue that deserves your patronage.

But seriously, please, if you ever thought you saw a cute coffee shop before, look this place up on Google, every inch is a complete masterpiece. 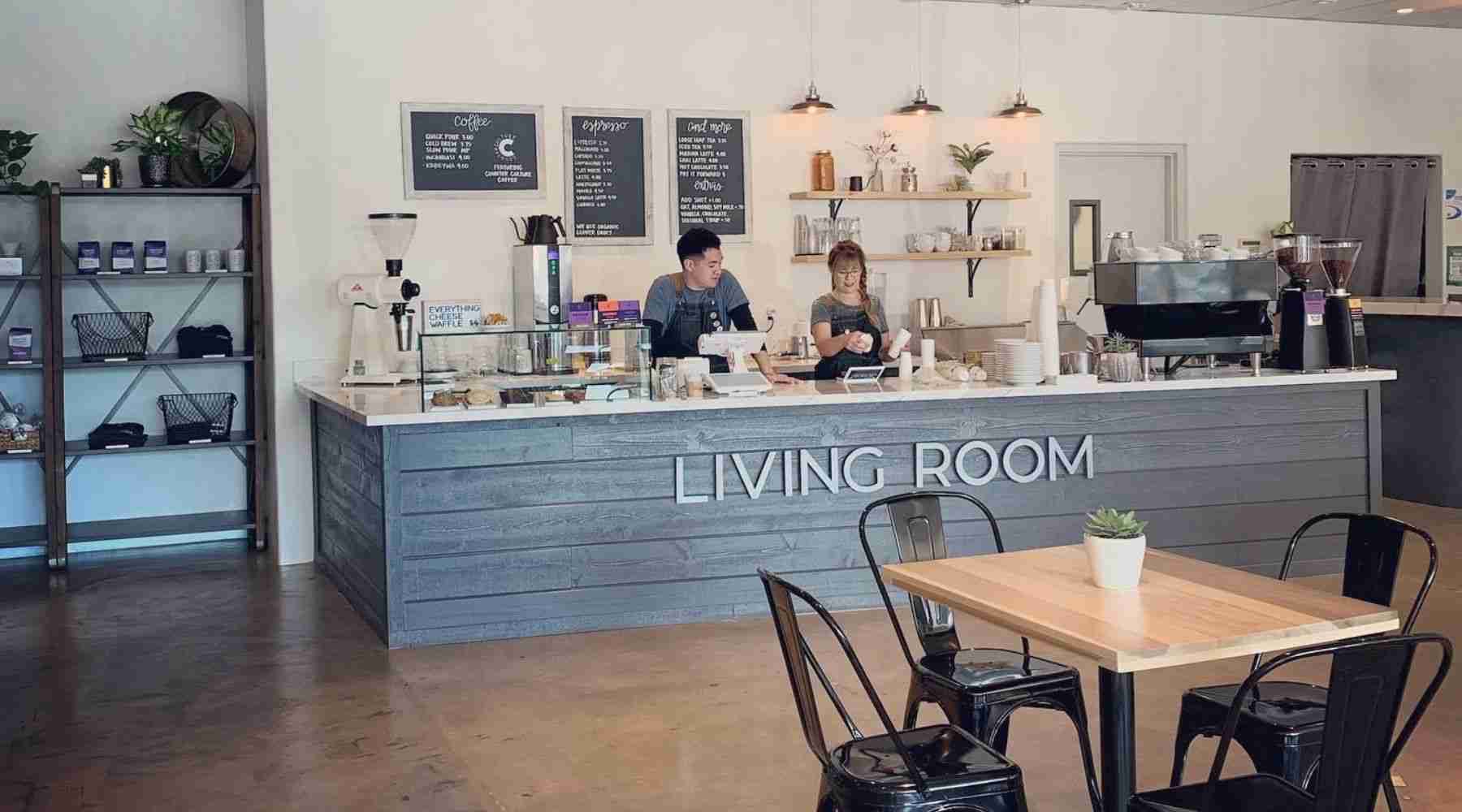 As soon as you step inside Living Room Coffee Craft, you get the sense that this is not your typical coffee house. First of all, there’s plenty of seating – what a concept. Oh, and don’t worry about staying too long here, the owners actually hope you stay awhile! This was the motivation behind creating a place that feels like home; they encourage guests to relax, recharge, and reconnect with others in what can be considered their community’s very own public “living room.”

We also ran across this pleasantly profound statement on the companies website, it reads, “Sometimes our dreams and desires seem perfectly crazy until we meet someone else who has also been touched by the same inspirations. Suddenly, we don’t feel so alone.” Absolutely love that. 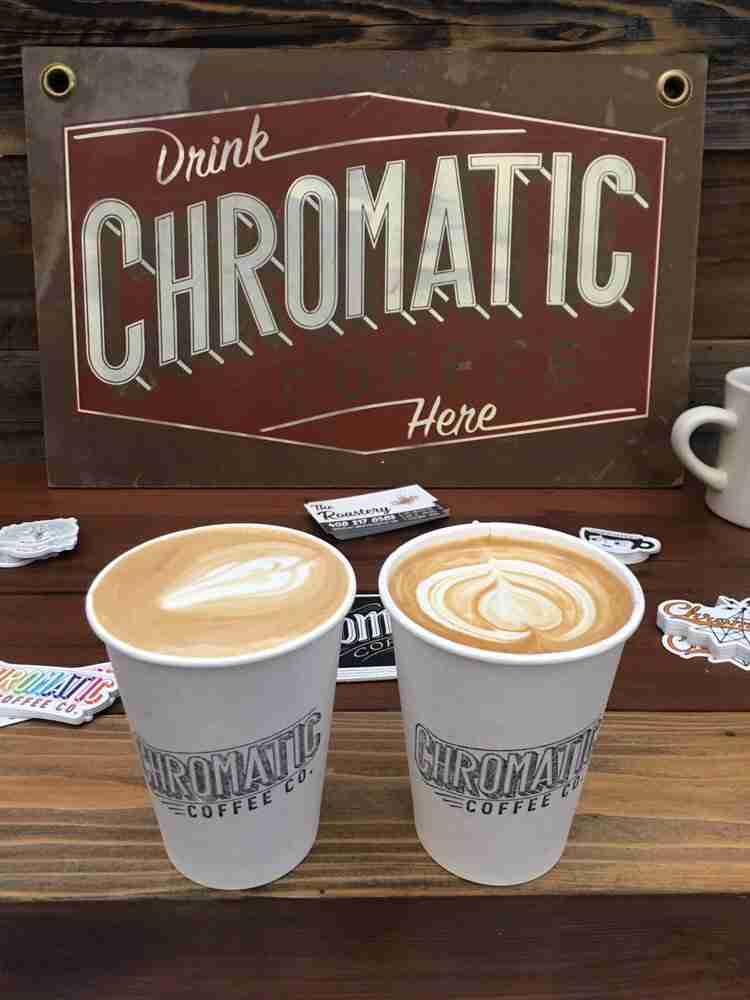 What began as a group of friends conspiring in basements to launch the coffee business of their dreams has blossomed into what Thrillist declared one of the bay area’s best coffee companies in 2015. Only for the last year or so has Chromatic’s roastery been open to the public, giving guests a glimpse at the magic happening behind the scenes while also enabling them to sip on coffee straight from the heart of their operation! 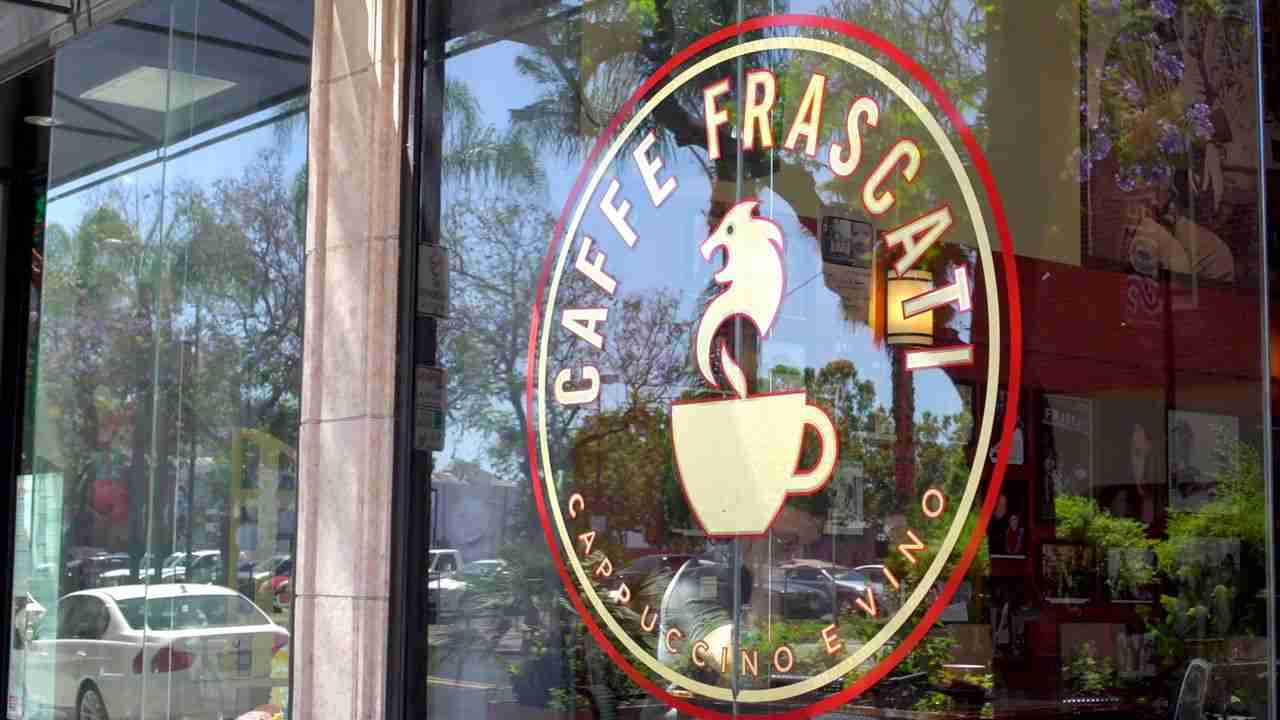 Full disclosure, Caffe Frascati recently announced they’d be closing down – the owner, Roger Springall, has determined it’s time for a change in his life. Despite the news, we’d still like to humbly pay homage to this cultural center for San Jose artistry. It began with a single stand-up comedy night that barely brought in a crowd, as a matter of fact, sometimes the whole place would clear out as the stage was getting set up; at that point, the audience mostly consisted of fellow performers awaiting their turn to get on the mic.

Somewhere over the years, as a result of patience for the artists organizing the gatherings, Caffe Frascati’s weekly events grew to standing-room-only affairs sprinkled with celebrity appearances at times.

“If you were to design a performance space, you would not design something that looks like Frascati,” says Mighty Mike McGee, the 2018-19 Santa Clara County poet laureate and Caffe Frascati’s Live Lit impresario. “You would want something way less cramped and maybe something less rundown and with better food. I think Frascati’s success with these events and the reason it’s become such a touchstone has more to do with its sheer willingness to have unlocked doors.”

The new owners of the property plan on keeping the space a coffee shop but will come up with a new name.