The Mill gracefully captures the warm fuzzy feeling your family’s retro cabin, that’s not too far out of town, would exude on a gorgeous spring day. This place is reminiscent of the wonderful comfort that gets stained into one’s memory as a golden hour sunset pours over the land – enchanting, for a few meaningful moments, everything it touches. Their aesthetically magnificent interior offers plenty of room to work, to love, and to glow.

Founded in 2013 by Nick, a coffee professional, and Ilah Rose, an artist, together, they originally launched their coffee business in the form of a stall at the Saturday Farmer’s Market in Midtown. As demand grew, the couple’s collective ambition inspired them to move on from the stall and open up their very own brick and mortar coffee house!

Old Soul Co. at The Weatherstone 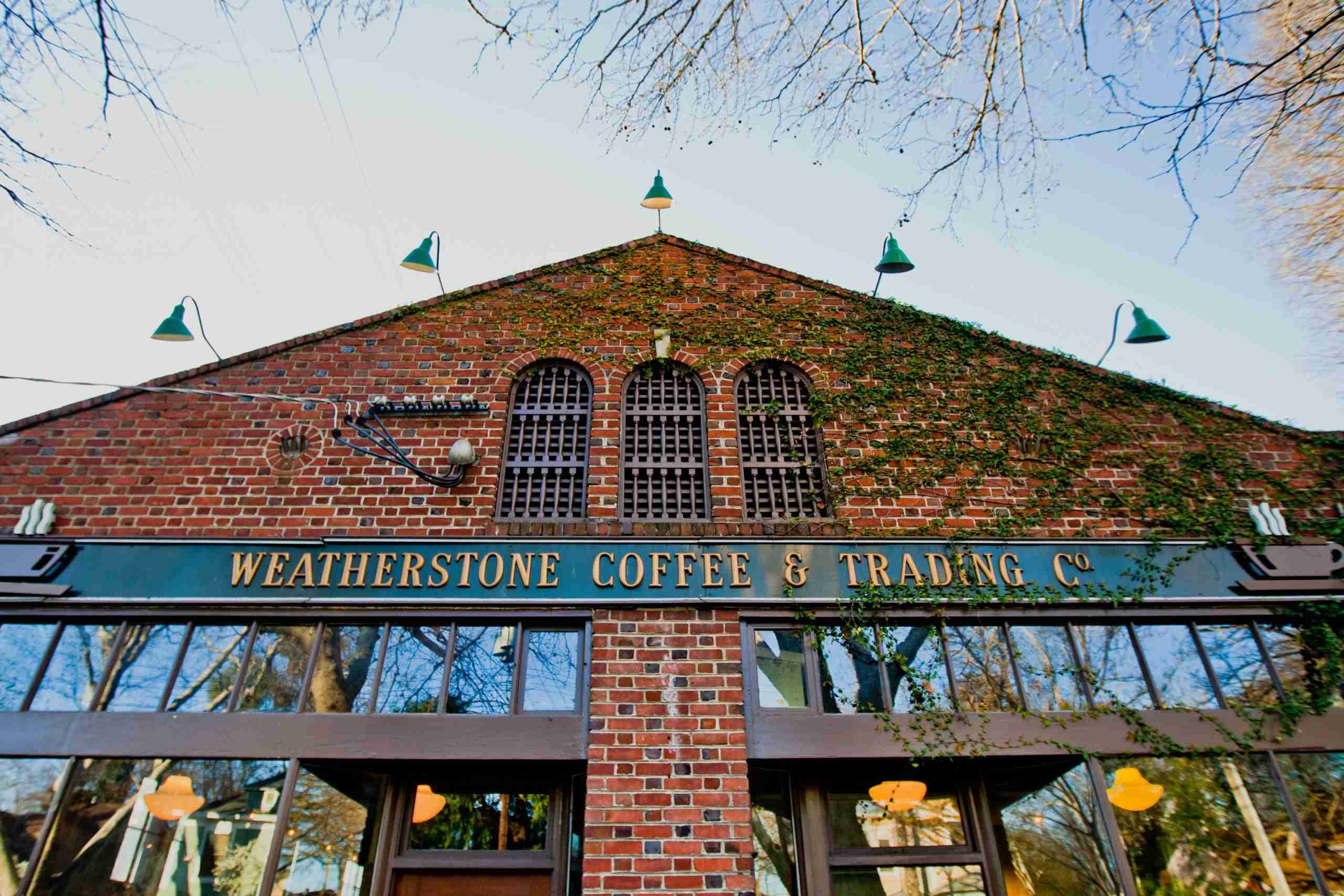 Nestled within a beloved old horse barn, Old Soul Co. features numerous custom tables and shelves crafted out of reclaimed wood by local furniture, wood, and iron artisans along with one of Sacramento’s best outdoor patios, earning its rightful designation as a community treasure.

Tim and Jason originally founded the company after a vibrant conversation steeped in their shared love for artisan coffee roasting and baking. In 2006, they purchased a warehouse, gutted it, moved their equipment in, and began slinging some of the city’s best coffee and pastries out of an alleyway. That same irresistible aroma which attracted customers to their little alley store soon spread throughout the Sacramento area as Old Soul Co. expanded by opening another three locations.

Insight Coffee Roasters is dedicated to quality farming, proper roasting, and appropriate brew techniques. In recognition that a lot of “bitter” coffee experiences have led consumers to reach for additives to make the joe more palatable, they’ve made it their mission to teach people that coffee can be fantastic on its own – offering a “speak for itself” kind of experience.

A significant point of note for those so dedicated to our coffee house guides, Insight recently opened a much more business casual location at 720 K street in downtown. You guessed it, they serve alcohol in addition to their amazing coffee at this upmarket bastion of excellence. 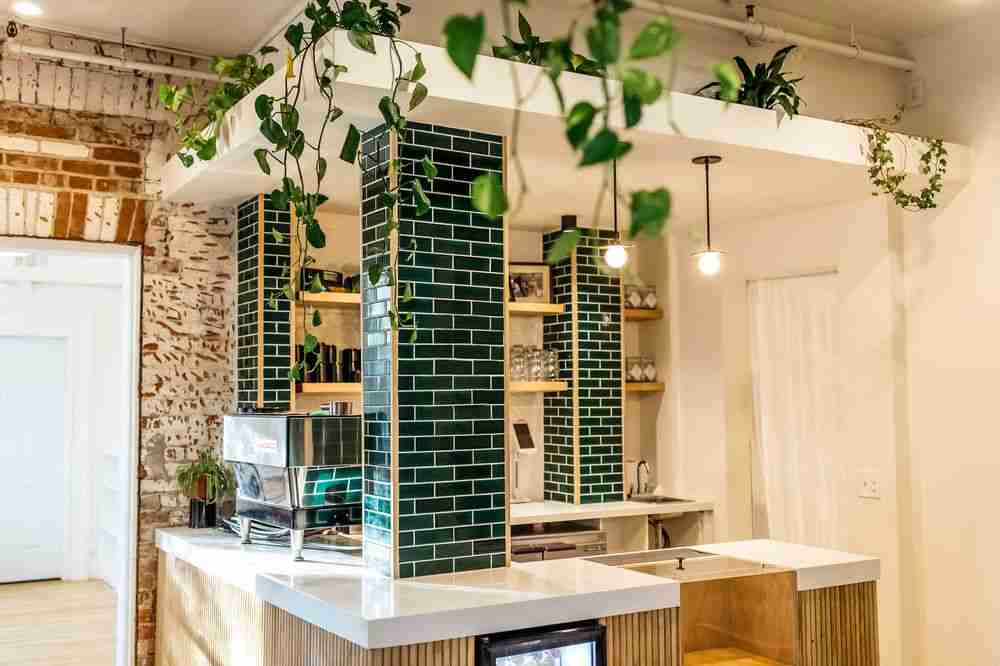 From Los Angeles to San Diego, and all the way up to San Francisco, we have featured some of the greatest coffee shops that California has to offer, however, with this being said, Milka Coffee likely the finest coffee LITERALLY house the golden state has to offer. It resides within a Sacramento registered historic building built by U.S. Senator Frank Hereford in 1861.

The family-oriented shop is named after great-grandmother, Milka Radonich, a fierce small business owner herself. Founder and Roaster Samir Benouar is a Sacramento native who has spent years reading, writing, and working behind espresso machines in well-lit cafes from New York to San Francisco. He is a Sacramento native and opened this coffee shop, roastery, and bookstore with all the love a hometown kid can muster. 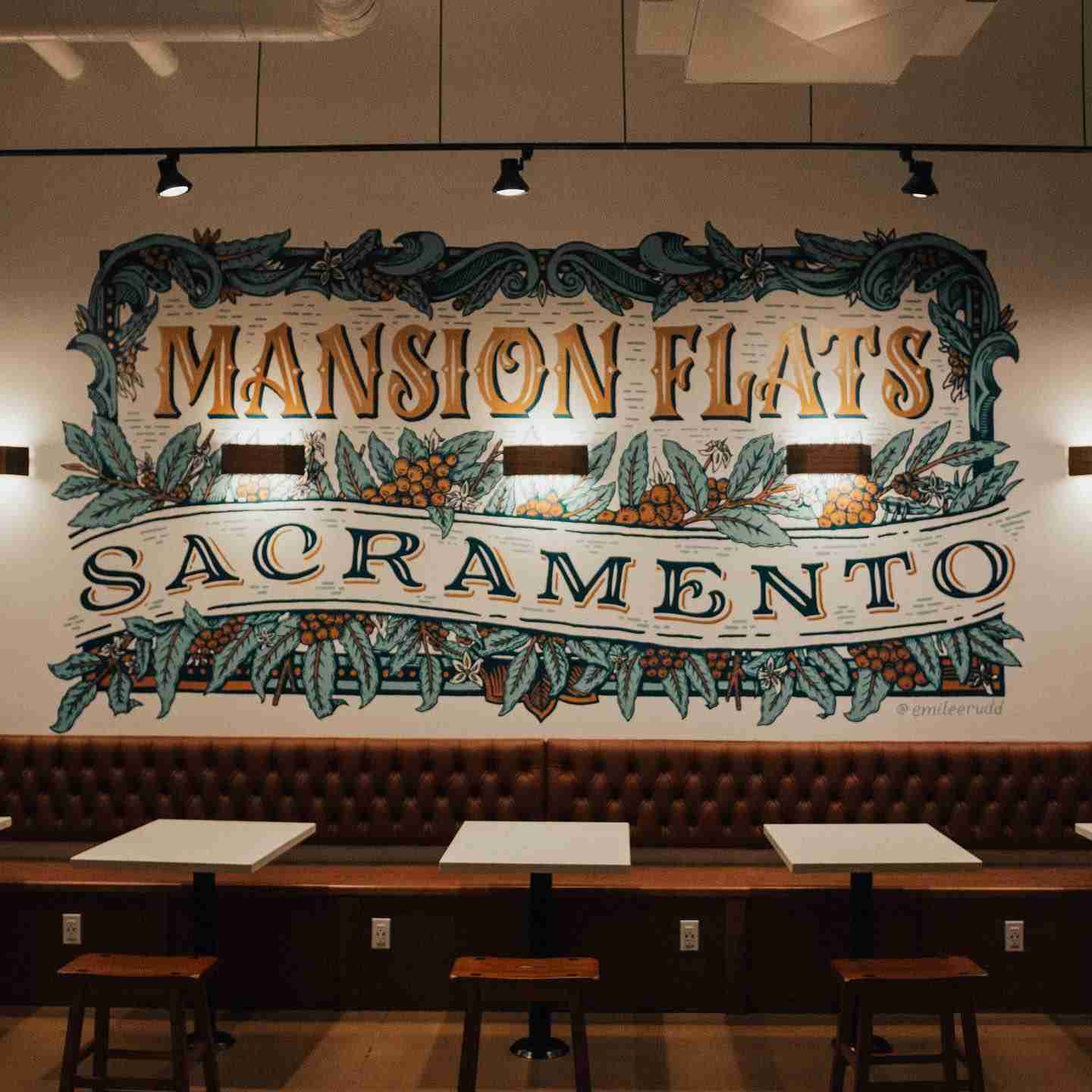 Doesn’t get more local than Goodside, they proudly share in a statement, “we are Sacramento born and raised and wouldn’t trade it for anything.” Being located in the heart of downtown and just a short walk from California’s beautiful capitol grounds can turn this cup of joe into quite the unforgettable first date.

Lucky and Ryan launched Identity Coffees with high vibes and the desire to share their vision of down-to-earth, quality spots with Sacramento where the only thing that matters are the things that matter. People must be picking what they’re putting down as the duo has opened two more cafes in the area! We particularly love their Midtown Roasterie & Cafe; Aside from the amazing coffee they serve, it’s an excellent atmosphere for anybody, especially groups, looking to get productive in a large open space. 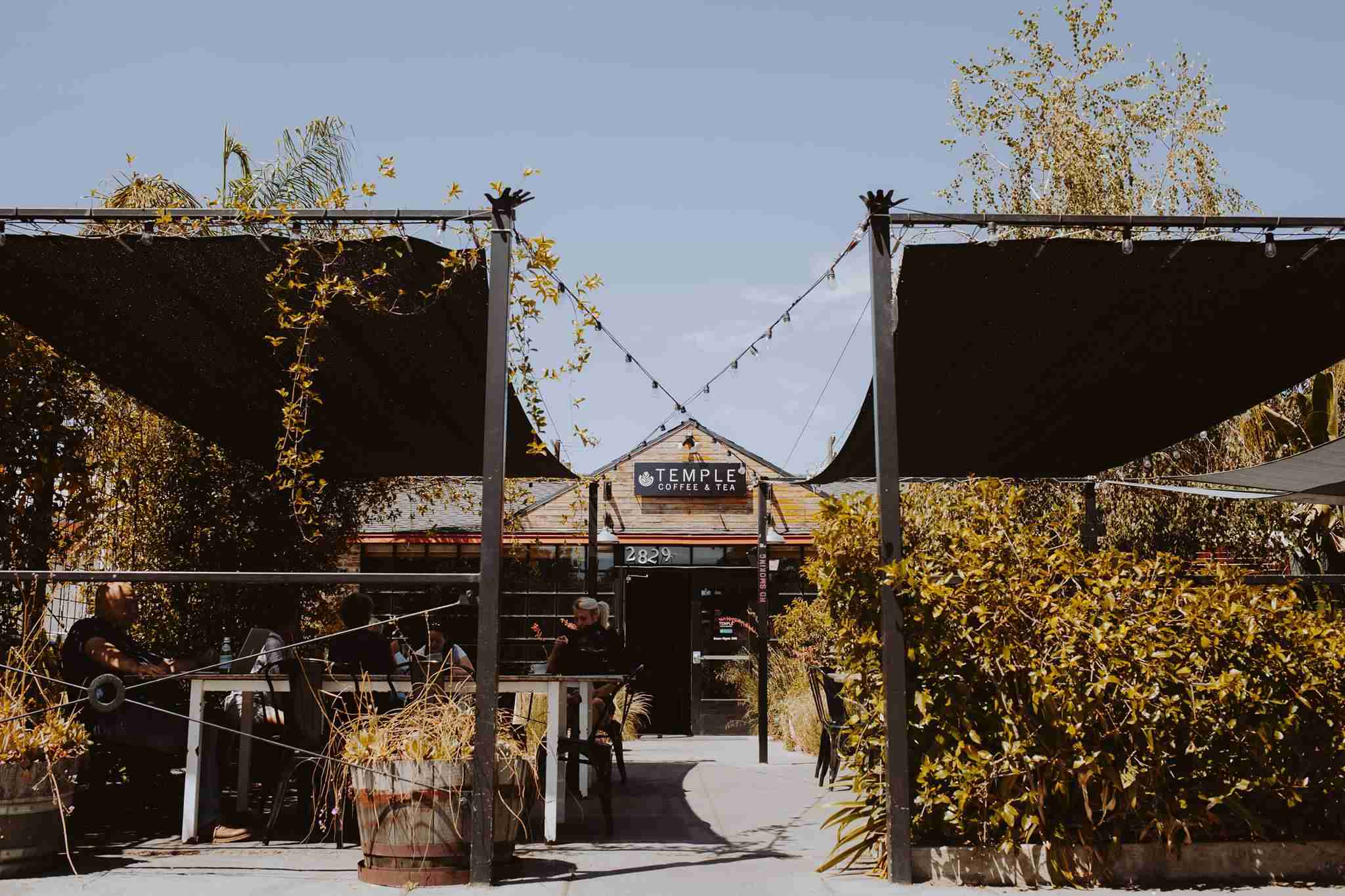 After returning home from a lengthy stay in Indonesia, Temple founder and barista Sean Kohmescher opened the first Temple Coffee house in 2005 with a dream of creating a community gathering place much like the temples he visited during his travels. His vision multiplied 7 fold, with six coffee “temples” in Sacramento and one in Davis.

It may have something to do with the heartfelt attention the company pays to every step of their coffee’s life from farm to cup. Or it might be the unique, aesthetic, and beauty-infused locations they’ve designed. Whichever you prefer, falling in love with both doesn’t sound bad either. 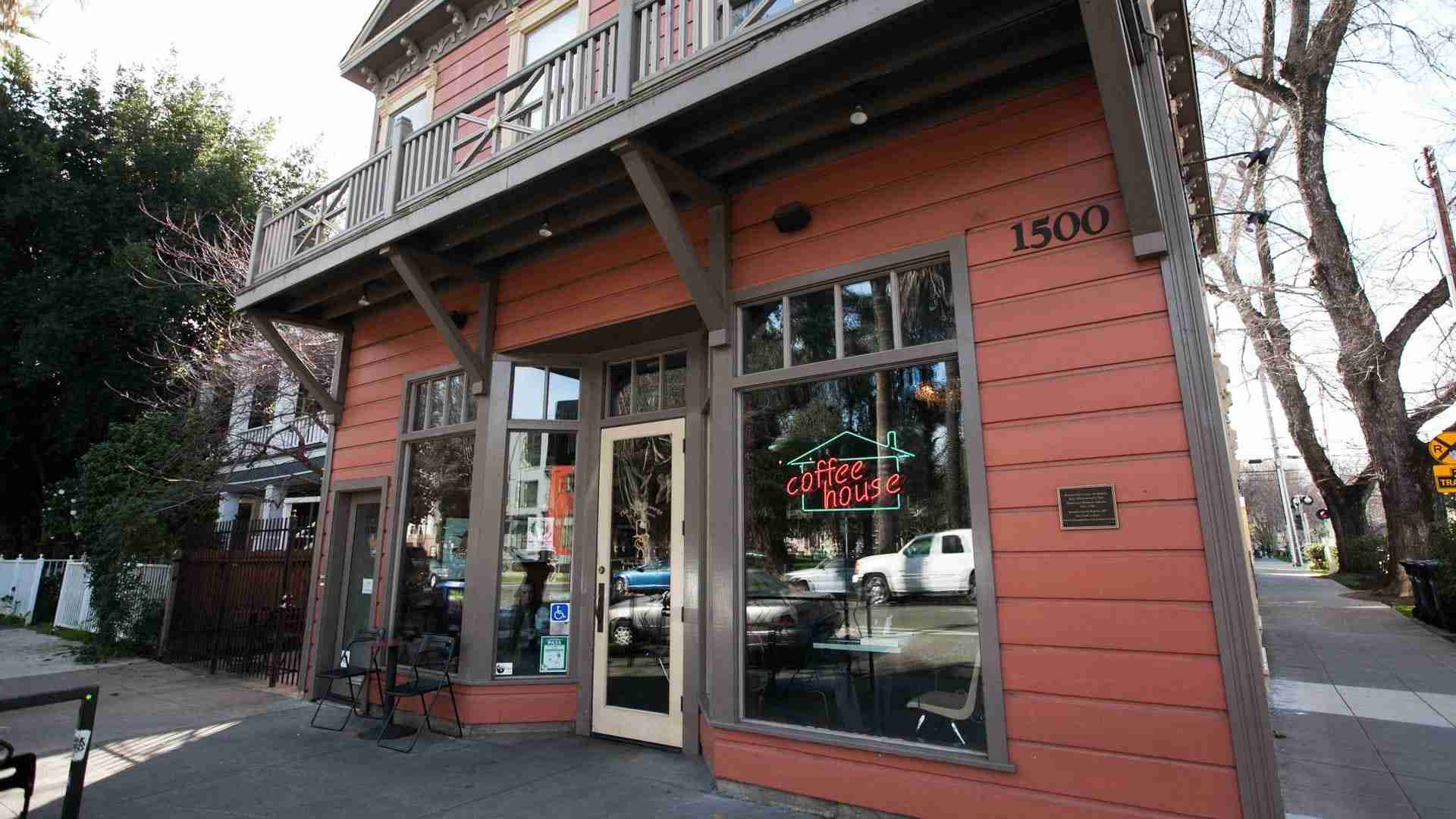 The interior could use some work and their baristas ought to leave a bit of that spunk at home but Naked Lounge is likely the most underrated coffee shop on our list. Take this into consideration, according to the Sacramento Bee, founders from both Old Soul and Temple Coffee used to work at Naked coffee shops – that can’t be a coincidence!  There’s something special brewing in the pot here; a kind of rebellious charm sprinkled with suggestive portraits on the walls. 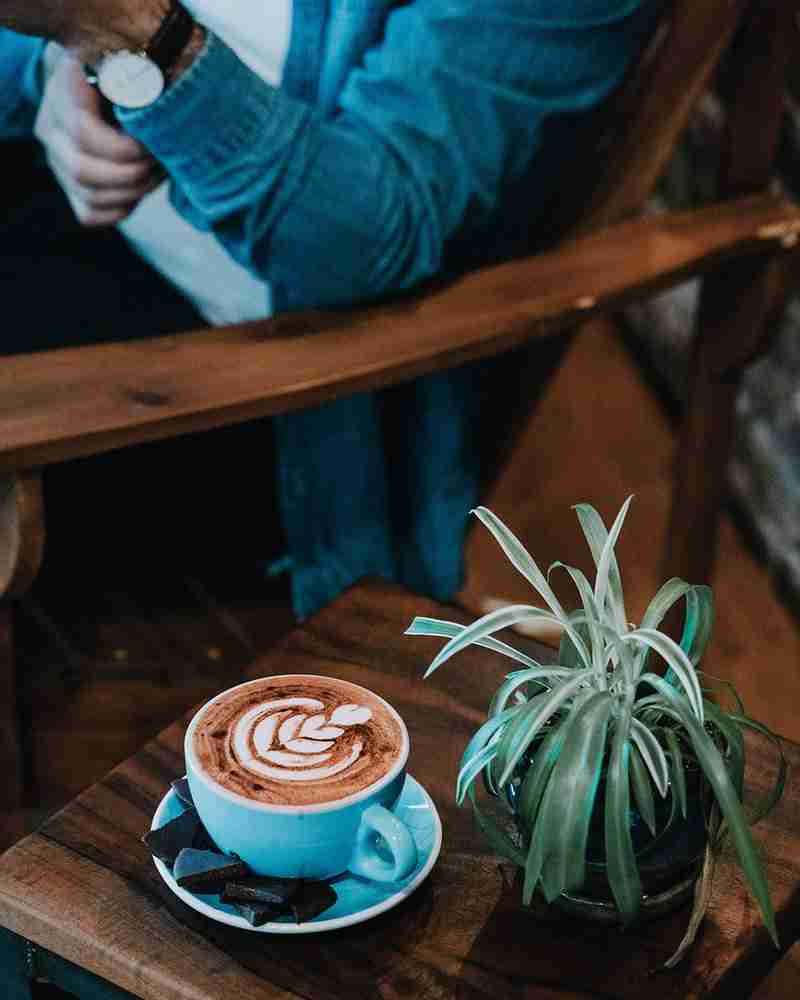 Pachamama does business differently. Their founding farmers from Peru teamed up with others in Nicaragua and Guatemala and dreamed up this idea of selling their own brand of coffee in the United States. The commodity price for coffee was near historic lows and third generation coffee farms were going broke. Producing specialty coffee was not profitable for small farmers.

Therefore, working with partners in America, the Co-op managed to open their own roastery in Sacramento along with three more cafes in the surrounding area. Step aside “caring” coffee sourcing cafes as it doesn’t get more “farm to cup” than this! Additionally, these South American farmers who created this business model are onto something that has the potential to alter the artisan coffee landscape. 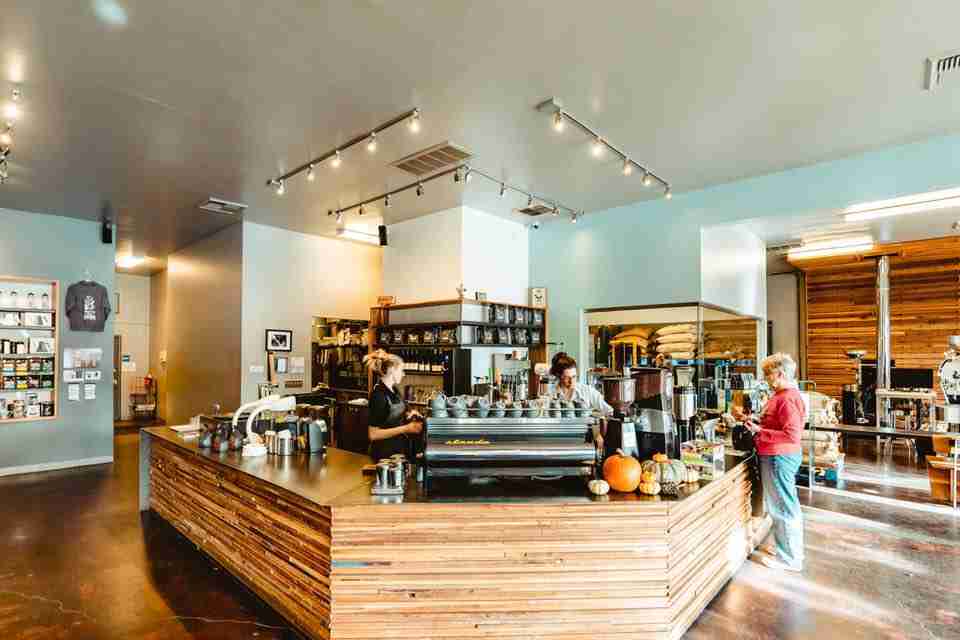 A Chocolate Fish is a fish-shaped confection indigenous to New Zealand given out as a “Thank You” for a good deed. When Andy and Edie Baker moved to the U.S. from N.Z., they wanted to bring with them the joy of meeting loved ones over a great flat white.

Considering they started this American Dream from scratch, ranking within Zagat’s top 11 Sacramento restaurants, being the Golden Bean North America Roasters competition Award Winner 2nd overall, and amassing a quality crew dedicated to making excellent coffee accessible to all isn’t too bad for a couple of kiwis.

You Also Need To Know: 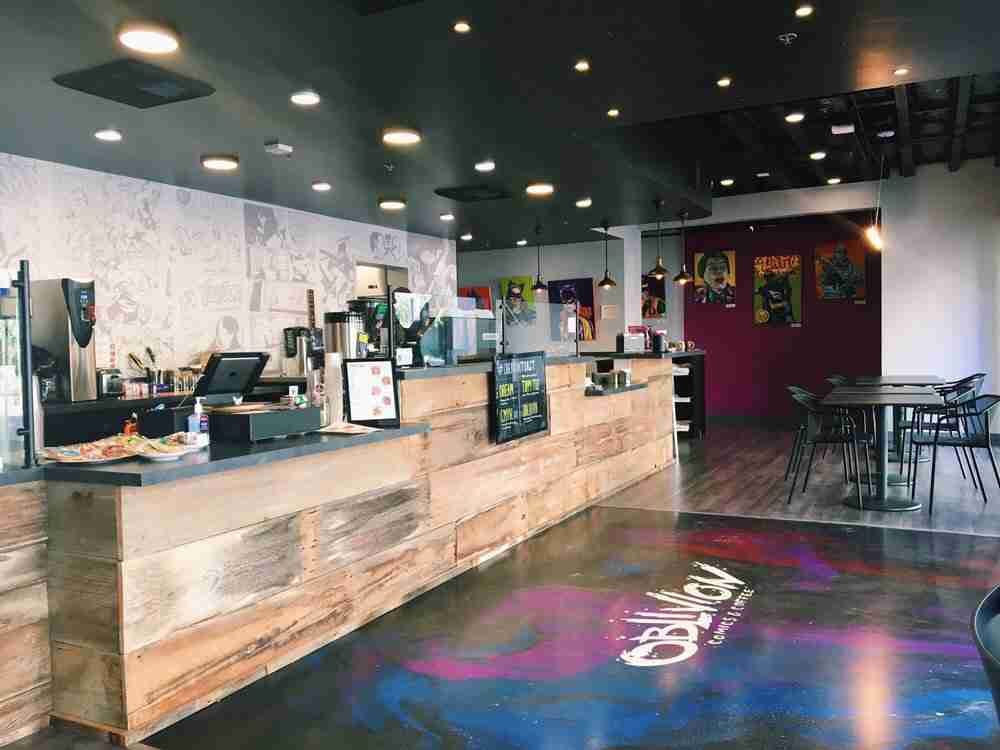 Some geeks were hanging out outside of a bookstore late one night (Where else would they be?). While engaging in geekish behavior, friends Laura, and Neil started joking around about opening their own comic shop; this evening would become the origin story of Oblivion Comics and Coffee. The cafe’s concept is inspired by the Oblivion Bar, a pocket universe within DC Comics where conflict is restricted, heroes and villains can congregate with suspended plans, and enjoy a brew together.

Honestly, while the coffee and pastries are fantastic and you’ll be hard-pressed to find a better comic book shop in Sacramento, what’s to admire about a spot like this is their second to none originality. I am a fan!