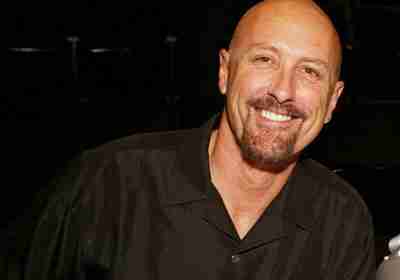 Jannard grew up the heir apparent to a respectable life in Southern California’s pharmaceutical industry. His family owned a pharmacy in the Los Angeles area city of Alhambra and his older brother, Al Jannard Jr., would go on to become a druggist in Orange County. After graduating from Alhambra High School, it was Jim’s turn to take his place within the trade.

He got accepted to his dream school and began taking courses as a pharmacy student at USC during the 1960s. That is until he got into a dispute with one of his professors. The professor refused to allow him permission to bring his dog to class. In the ensuing weeks, Jannard not only stopped attending that class, but he also dropped out of college altogether.

In a single maneuver, Jannard scrapped everything his family had prepped him to become. Guaranteeing, for better or worse, the fruits of his life would be by his doing.

What he didn’t have at the time was a business plan, a product, an idea, money, or, frankly, any real vision for his future. Though, at the very least, it would be HIS future; not anything cooked up by those who believed they knew what was best for him, not what his friends thought would be cool, and most definitely not a life society could find respectable. It would be HIS future.

When asked to weigh staying in college versus dropping out, he once cool-headedly told Luisa Barron of the Layolan, “I don’t think the problem for me was school, but it was just the wrong place for me. It was the pharmacy school, and I wasn’t destined to be a pharmacist. USC was not the problem, college is not the problem. I was just in the wrong part of that school.”

Jim’s childhood best friend and neighbor, Gregory Weeks, vividly recalls water balloon fights, journey’s to McDonald’s, and touch football games on Cordova street when reminiscing on their life as kids. They developed an early love for USC, apparently having read the Iliad, designed Homeric costumes, and waged their own Trojan War. “Jim’s Armor,” Weeks remembers, “would be more colorful.”

Perhaps another early tip-off to Jannard’s legendary craftiness was a game of frisbee the boys invented; the object: make your opponent miss by any means possible. Weeks would heap extra mustard onto his throws in an effort to jam the frisbee where it needed to be. Jannard, on the other hand, “would do it from finesse only, to make it curve certain ways.”

In further chronicling Jannard’s inventful nature, WIRED adds that “he drew engine pieces and built a helium-balloon flying machine” as a boy.

Outside of what Weeks writes about their childhood, there really isn’t much else known regarding Jannard’s upbringing – he is a very private man.

Immediately after dropping out of college, Jannard got his hands on a chopped-up motorcycle and aimlessly roamed the American Southwest for some time. He eventually returned home sporting a beard and long hair and at the tender age of 21, married his 18-year old neighbor, Pamela Pittario, in Alhambra Park. They’d join the Mormon Church and have four children together.

Considering he now had a wife and children on the way, Jannard got more serious about his passions in life. He founded Oakley out of his car with only $300 in 1975, naming the company after his beloved English setter, Oakley Anne.

Jannard explained to Barron of the Layolan what he did next, he says, “First $300, I went to a supplier that I knew of.  I got a bunch of little stuff, put the Oakley logo on it, which was stupid but it was cool, went and sold it all, got some money. Put gas in car, got some food. Said hi to my family, got up and did it again the next day.”

It would be a fair critique for one to be thinking right about now, “this guy has a wife and kids, no job, and is hawking what he thinks are cool gadgets out of his car…there’s no way that’s going to end well.” That’s a logical assessment. Most would probably argue he should buckle down, get a decent paying job, and focus on establishing some security for his family. Nobody’s saying that that’s wrong, but what is for sure is that had he not taken the risk, he would have never experienced the lifechanging success of Oakley.

When asked by Barron, “Looking back at your career, has there been a risk you’ve chosen not to take?”

Jannard replied, “I can’t think of any. … Where I’ve gone wrong is in trying to support someone else’s vision. That has never worked out very well for me. But the things that I’ve targeted out to do, because it comes from a really good place … and I want to make the best thing times 10 and won’t stop till that happens – the results of that always seem to have been good so far. It’s a really good recipe. … Do good work, and it’s hard to fail.”

Selling Parts Out of His Car

The Los Angeles Times documents that in order to support his family, Jannard sold motorcycle and auto parts out of a grubby Honda. Likely inspired by his days spent biking throughout the southwest, his first real product was a motorcycle handlebar grip; one that would conform to the human hand in a way most others did not.

Without a marketing budget, Jannard set off to motocross events throughout the state and in an effort to gain more exposure for his product, passed out the handlebar grips to riders for free. While the motocross athletes loved his product, there was only one problem, the Oakley logo was hidden beneath their hands the whole time cameras were rolling; robbing Jannard of the publicity he needed.

He decided to start making motocross and ski goggles. Strapped across an athlete’s face, his Oakley logo would be impossible to miss.

In 1997, Oakley Corporate Communications Manager, Rene Law, told the LA Times about a person who epitomized the Oakley lifestyle – extreme skier Trevor Peterson. “It’s really like someone who just takes everything to the limit,” she says, “and lives the life and their passion and their sport.”

Tragically, Peterson had passed away in an avalanche in France just the year before.

Sitting nearby the interview was Scott Bowers, Oakley’s Sports Marketing Director, he chimed into the conversation, describing Peterson as “very calculated in what risks he took…very well educated.” Bowers continued, “He lived life to the edge. Everything that he did had a risk to it. And so that the energy he carried–the vibe that he carried in himself–very much so portrayed that same image that Oakley has.”

Bowers concludes, “he’s somebody that was out of the normal, didn’t follow the normal rules and regulations of life, lived life to the fullest. But he lived on the edge . . . and that does very much so represent kind of that Oakley persona–that Oakley image.”

Jim Jannard managed to figure out a way to successfully inject his own daring, calculated, and thrilling personality into the companies culture. Because his brand lives and breathes such an exciting philosophy on life, this energy is transferred into the products they make and ultimately makes its way to the consumer. You can begin to see how customers weren’t getting addicted to a product, rather, to a feeling.

When Oakley launched their first sunglasses in 1984, they were a hybrid invention. Utilizing technology from their extreme sports goggles, the “eye-shades” added entirely new functionality to an industry. It wasn’t until 1986, when Greg LeMond crossed the finish line of the Tour de France that Oakley’s “eye-shades” went viral. Not only did he become the first American to ever win first place but he did so wearing a pair of Oakley Razor Blades! As images of the race filled television screens throughout the globe, sales began to skyrocket.

Keep in mind, LeMond wore the Oakley Razor Blades as he raced in the Tour de France because they were a quality product that gave him a competitive edge. Even after sales started taking off, Jannard continued to make his “eye-shades” better.

Former Oakley CEO, Mike Parnell, recalls a moment just before the release of the “M-Frame;” the model of sunglasses that would replace the Razor Blades. He says, “The glasses had straight ear stems. Jim got them and said, ‘You know, it’s good, but it’s not great.'”

Jannard then disappeared into another room with a designer. The LA Times notes that “with a pair of pliers and a cigarette lighter, they bent the stems so that they jutted out from the temples and then slowly angled back into the head, eliminating the need for hooks behind the ears.”

“I was at my desk just outside this door,” Parnell remembers. “And Jim and George [Tackles, an Oakley designer] came out wearing these things, and I thought they looked hideous. And Jim was saying: ‘Stop production! We’re going to retool the ear stem.'”

This redesign delayed the entire project; forcing Oakley to introduce the shades just days after Christmas – horrible timing for any product launch. In the end, however, the quality and usefulness of what became dubbed as the “Hammerfang” ear stem prevailed. The look is now a signature feature of Oakley’s brand.

Despite experiencing incredible success already, Jannard continued to look for ways to make his products better and more valuable to consumers.

The most pivotal sales drivers for Oakley have been sports stars. Beginning with LeMond and peaking at Michael Jordan. Does it get any higher from there?

Throughout Oakley’s early years, the company made a point to pay very close attention to who they allowed to sell their products. Sunglass Hut, for example, was the only large retailer selling Oakley eye shades for the longest time. The company focused on getting into smaller, independently operated, bike, surf, ski, and optical shops.

Locally owned small-businesses tend to have more personal relationships with their communities than do international corporations; not only that, a lot of the time they’re just cooler. Exclusive availability at these hand-picked, one of a kind, retailers enabled Oakley to exhibit greater control when ensuring the best possible experience for potential buyers. They increased the value of their products by taking into account factors beyond the merchandise itself.

Oakley owns hundreds of patents. Beware, they come down hard on anybody even moderately infringing on their designs. As a result of the companies legal team ridding the playing field of similar products, Oakley’s aggressive patent protection approach earns its place as a notable sales driver.