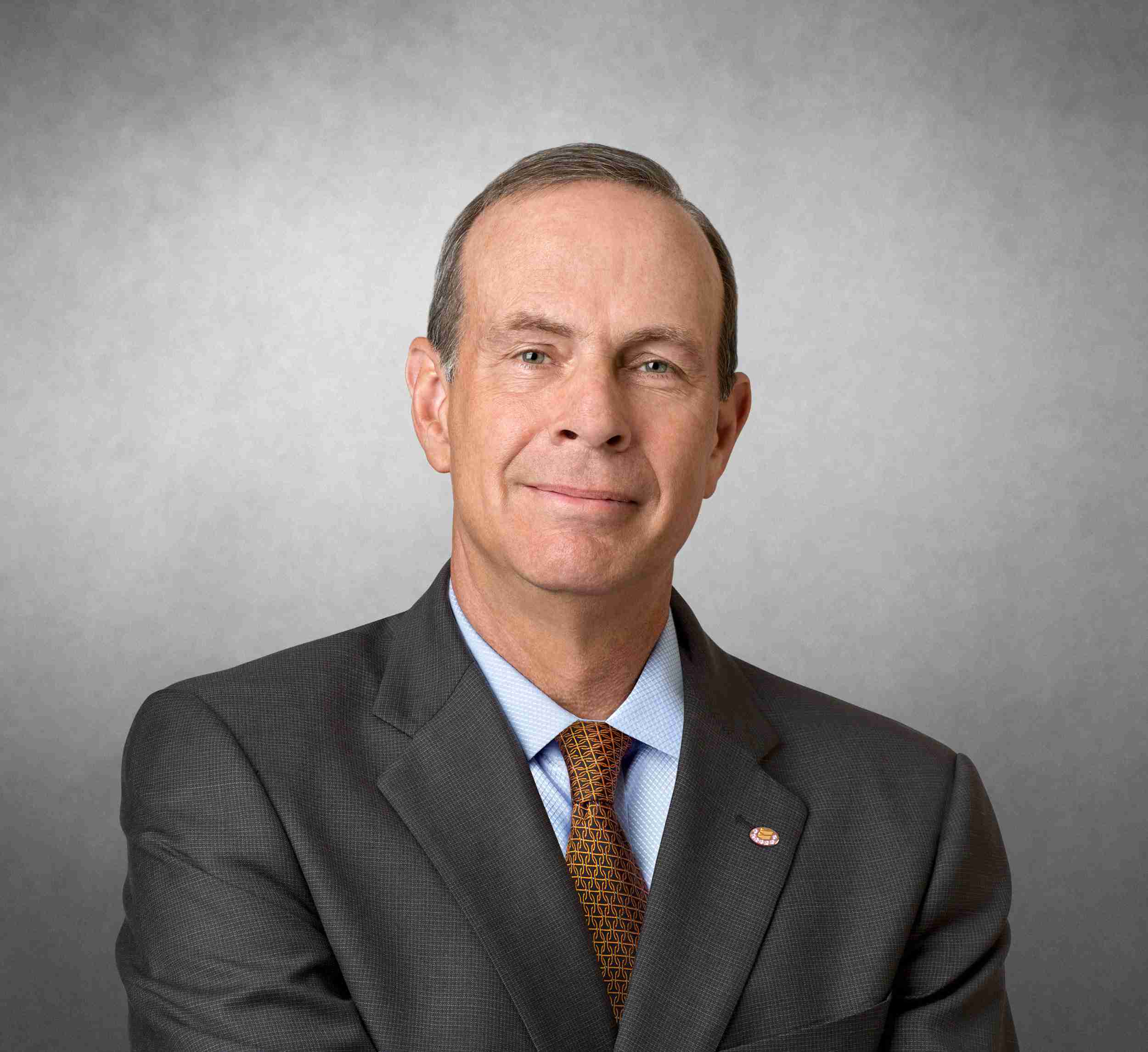 Mike Wirth officially replaced John Watson as Chevron’s CEO on February 1st, 2018. Wirth was no newcomer, by that time he had already amassed 35 years working at the company. Behind the scenes, he helped lead Chevron through one of the oil industries’ most tumultuous eras to date.

Now, new challenges lay ahead which require new leadership. The shale oil boom has catapulted the United States to become the largest oil-producing country on the planet. A far cry from just 15 years ago, when in 2005 it was cited that the U.S. had been experiencing a decline in oil production for 35 years straight.

As change rapidly transforms the industry, John Watson opted to retire and hand over the reins of the Chevron empire to Wirth. He is now most notably forced to grapple with the overwhelming availability of oil, a blossoming alternative energy sector, and concern for climate change.

The revamping of America’s oil production is largely due to the practice of “Fracking.” Check out the short video below for a detailed and simplified look at how Fracking works:

Not much is known about the childhood of Mike Wirth. What is known is that he is a Colorado native, having grown up in the city of Golden. He attended Golden High, where he enjoyed playing for the school’s basketball team.

Golden is nestled at the foothills of the Rocky Mountains, just outside of Denver. According to the U.S. Census Bureau, the city hosts a population of about 20,500. Historical records show it’s true birth at the dawn of a gold rush as the miner’s stopped into town for supplies before making their trek into the mountains to seek their fortune.

Mike’s story began in a small town that lay bear the ghostly remnants of forgone opportunity – a fortune never quite realized. Interesting to note that Apple CEO Tim Cook, comes from a rural town in Alabama. Living in big cities on the coasts, we can forget the tremendous influence small-town America continues to mightily project unto the world.

After graduating from high school, Mike Wirth attended the University of Colorado, where he earned a Bachelor of Science degree in chemical engineering in 1982.

According to the University of Colorado, “Wirth frequently returns to campus to speak to classes and to serve as chairman of the CU Boulder Engineering Advisory Council. He received the college’s Distinguished Engineering Alumni Award in 2010 and the University Medal in 2014.”

Immediately after graduating from college, Mike Wirth began his career at Chevron. The Company documents Wirth’s climb to the heights of the company with the following statement from their website:

Michael K. (Mike) Wirth, 59, is chairman of the board and chief executive officer of Chevron Corporation.  He was elected to these positions by Chevron’s board of directors in September 2017 and assumed the roles on February 1, 2018.

Prior to his current role, Wirth served as vice chairman of the board in 2017 and executive vice president of Midstream & Development for Chevron Corporation from 2016 – 2018. In that role, he was responsible for supply and trading, shipping, pipeline and power operating units, as well as corporate strategy; business development; and policy, government and public affairs.

Wirth was executive vice president of Downstream & Chemicals from 2006 to 2015. Prior to that, he served as president of Global Supply and Trading from 2003 to 2006.

In 2001, Wirth was named president of Marketing for Chevron’s Asia/Middle East/Africa business, based in Singapore. He also served on the board of directors for Caltex Australia Limited and GS Caltex Corporation in South Korea.

Wirth serves on the board of directors of Catalyst, the board of directors and executive committee of the American Petroleum Institute, and the executive committee of the International Business Council of the World Economic Forum. He is also a member of The Business Council, the National Petroleum Council, the Business Roundtable and the American Society of Corporate Executives.

Wirth joined Chevron in 1982 as a design engineer.

It was only after working 36 years for the company, that Mike Wirth was trusted to be installed as CEO. Thirty-Six years is a long time. Honestly, a difficult amount of time for anybody to grasp, particularly, for a student fresh out of college and beginning their career.

Keep in mind, especially if you’re eyeing executive roles in a large corporation, that this is the unrelenting day-in/day-out dedication it takes. Putting in that kind of time is the minimum of qualifications. It’s concerning to see the rate at which today’s employees move from company to company. Sure, somebody will always be there to accept your services, but how could they trust someone with an expanded role when that person could move on to another company the next day?

On the flip side, this accelerates climbing for those few, in the workforce today, who do stick with one company. Although, there are a plethora of intangible character-related qualifications that exist when considering a person’s ability to assume greater responsibility, those which far outweigh any amount of time dedicated throughout one’s career.

Mike serves on the Board of Directors for both the San Francisco 49ers Foundation and the Tiger Woods Foundation. Both programs work to empower youth through the means of education while also filling their lives with the unique joy that only sports can provide.

On the About Us page of their website, it states that “The 49ers Foundation harnesses football to educate and empower Bay Area Youth through a collective of innovative and community-focused strategies. From award-winning STEAM education and nationally recognized youth football programs, to impactful community partnerships with leading non-profits, we are tirelessly dedicated to inspiring the confidence and collaboration our youth need to tackle what is possible.”

The Tiger Woods Foundation proclaims on their What We Do page:

For more than 20 years, we have worked to create a world where opportunity is universal and potential is limitless. With an unwavering commitment to impact an entire generation, our mission is to empower students to pursue their passions through education.

We are pioneers in positive youth development, encouraging self-advocacy skills in young people. Our programs foster a growth mindset, instilling in students the strength and skills to persevere and define their own path.

Through our award-winning STEM curricula, college-access programs, digital platforms and educator professional development, TGR Foundation offers underrepresented students the resources and support needed to thrive in school and beyond.

Former Chevron CEO, John Watson says “Mike is broader than that…he was selected because of his track record of accomplishment and his breadth of leadership.”

“Mike is exactly what Chevron needs,” said Kevin Holt, chief investment officer for U.S. value equities at Invesco, which owns Chevron shares. Refining executives “are much more returns-focused,” he said. “They are less worried about finding the next barrel of oil.”

An excerpt from the Wall Street Journal reads:

Finding new oil at any cost is no longer a primary objective. The move to executives with experience in finding efficiencies and reining in costs reflects a profound shift in thinking from optimism to a kind of pessimistic realism, said William Arnold, a former energy banker and Shell executive who teaches at Rice University.

The optimists, a swaggering, big-dreaming group of risk takers who wouldn’t blanch at drilling six straight dry holes as long as the seventh found oil or gas, are being replaced by disciplined, pragmatic engineers, he said.

“The new leaders with this capacity are there to protect the balance sheet,” he said.

To Answer the Question

Mike represents a changing of the guard if you will. He faces many of the challenges that a person born into wealth would have to encounter; although, he was not personally born into wealth. Yet, the company he leads boasts a market cap of about $215 Billion – yes, that’s a “B.”

He must safeguard the fortune handed down to him by his predecessors. Defense. Assuming there are no seismic shifts left for the oil industry, it’s gonna be all about defense throughout his tenure.

This leads us to the most epic moment of Wirth’s short time as CEO. In December of 2019, Chevron announced a bombshell $11 Billion write-down. Meaning, they’re devaluing their own assets. which in untechnical terms indicates they’re scaling back their operations.

Due to an abundance of oil, as a result of the industry’s fracking boom, the company will no longer be focused on finding new oil drilling opportunities; or, at least, they won’t be investing as much money into it. Instead, they’ll be pouring more resources into the easier to reach fracking opportunities, meanwhile, retreating from their more expensive ventures elsewhere.

In essence, making a statement to the world that we no longer live in a dire “do whatever it takes to find oil” environment. Inadvertently begging the once unfathomable question, does this mean there is now some kind of surplus?

In the following interview with CNBC, Mike Wirth dives into further detail about this decision: