Book: What They Don’t Teach You at Harvard Business School 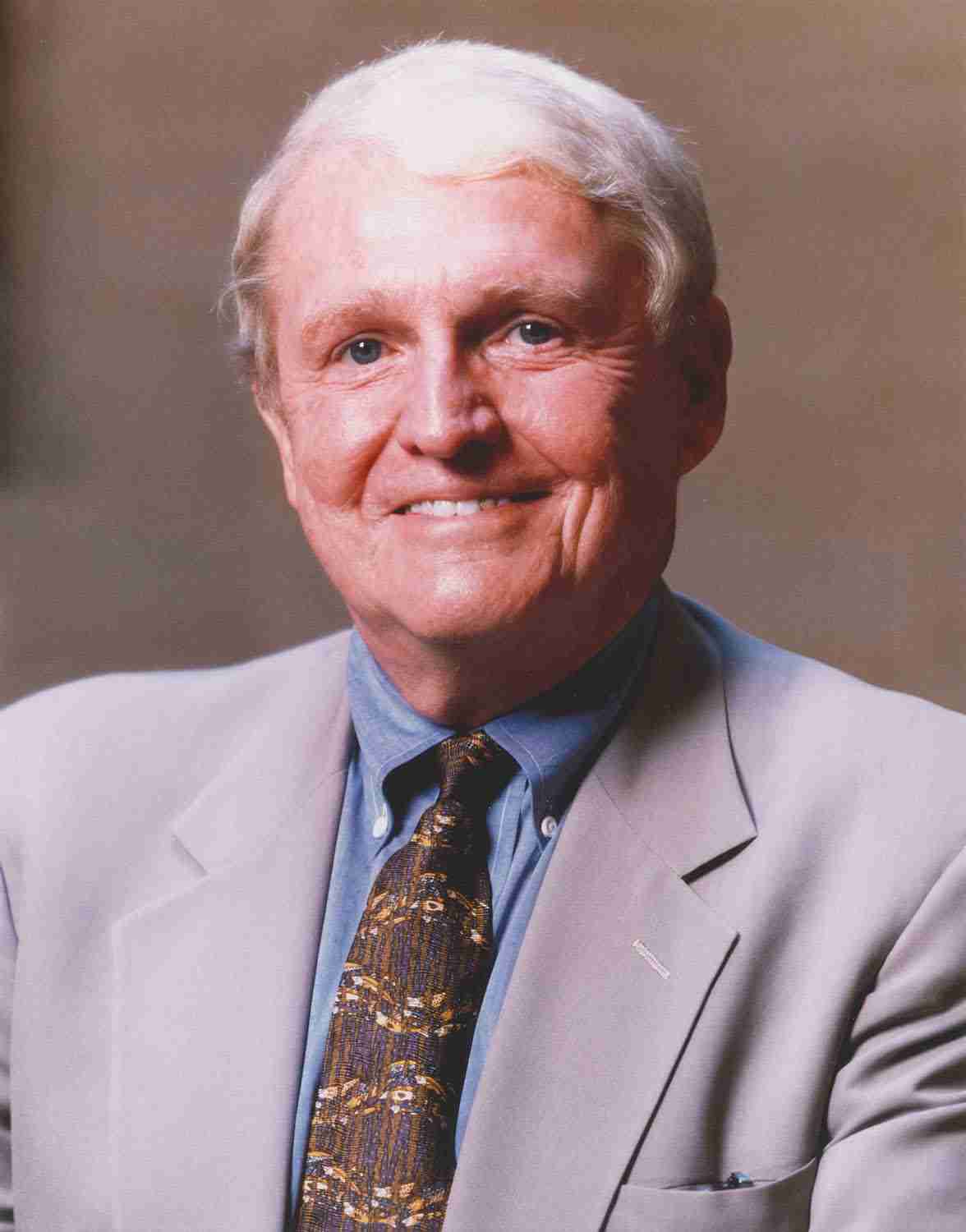 Book Jacket Description: Mark H. McCormack, one of the most successful entrepreneurs in American business, is widely credited as the founder of the modern-day sports marketing industry. On a handshake with Arnold Palmer and less than a thousand dollars, he started International Management Group and, over a four-decade period, built the company into a multimillion-dollar enterprise with offices in more than forty countries.

For further context, the International Management Group is today known as IMG and in 2013 sold to William Morris Endeavor and Silver Lake Partners for a staggering $2.3 Billion. Unfortunately, McCormack would not live to see the fruits of this sale as he passed away in 2003.

The foundational principles he used in business, which lead to the incredible success of IMG, remain timeless and forever available within the pages of What They Don’t Teach You at Harvard Business School.

Today we learn how the man who represented golf legends Arnold Palmer, Jack Nicklaus, Gary Player, and later the likes of Derek Jeter, Charles Barkley, and Kate Moss, would read those he encountered in order to get a sense of what the future may have in store pertaining to their business dealings.

In 1963, McCormack was in Paris for the World Cup golf tournament, where he ran into Richard Nixon on two separate occasions. Once, while sitting with Gary Player and the other when at dinner with Arnold Palmer and Jack Nicklaus.

He made the following observation, “Nixon’s remarks were pleasant enough. What stayed with me was that on both occasions he used the same words, the exact five or six sentences.”

“It was as though he was talking to stick figures rather than real people, as though he had a fund of stock phrases for every type of person he was likely to meet – five or six sentences for a sports personality, a paragraph for a business leader, another for a religious figure.”

In short, based on his interaction with Nixon, McCormack to a certain degree believed him to be a phony of sorts.

In a totally different situation, he was representing a “flamboyant” golfer named Doug Sanders. Before making the decision to add Sanders to the IMG family, McCormack recalls many of his peers telling him he was making a mistake and shouldn’t have anything to do with the controversial guy.

In truth, McCormack had ample trust in Doug Sanders, explaining “Once Doug played a golf exhibition up in Canada. He made all the arrangements himself. I didn’t know anything about it, and since apparently he was paid in cash I probably never would have known anything about it.”

“But about a week after the exhibition took place, we received an envelope from Doug. There was no letter or note inside, only our commission – in cash.”

How They Panned Out

In hindsight, he can picture Doug taking the time to count out the cash he was paid while in his hotel room, setting aside the manager’s cut, putting it in an envelope, and mailing it to the office – he couldn’t imagine Doug doing anything else.

Meanwhile, about ten years after his interactions with Nixon, he was not surprised to see him forced to resign after the Watergate scandal. He observes, “People don’t like phonies. They don’t trust them, and they certainly don’t want one running their country.”

All of this begs the question, how was McCormack able to shut out the noise and, on his own, determine an accurate assessment of these two men before having any dealings with them? This ability, not to be confused with passing harsh judgment, enabled him to position himself in the right places with the right people which in turn produced success.

Don’t Take Notions for an Answer

He starts by acknowledging, “People will often make judgments about others even before meeting them based on what they’ve heard or what they know about their company.”

Sometimes people will even ignore what their own gut is telling them about somebody just to conform with the popular public opinion. This is not good.

McCormack describes a time when his company approached a man to do mutually beneficial business, however, this man had heard, consumed, and digested so many rumors that it became impossible to work with him.

Recalling the moment, he says, “There is also every tenth guy who has so hardened himself to his preconceived notions that he has no perception of the business situation itself or of the people from our company with whom he is dealing.”

“He is so prepared to be tough himself, or to defend against our toughness, that he takes “Nice to meet you” as a veiled threat. Obviously his preconceived notions have made him incapable of any genuinely revealing insights.”

On every occasion in meeting somebody, we should have an open mind no matter the reputation of the individual. Obviously, if somebody’s a known serial killer, don’t go on an evening hike with them in the woods. In our typical daily encounters though, we ought not close ourselves off so readily to others as, inadvertently, we may actually be closing ourselves off to a great opportunity.

Championship golfer Dave Marr once told McCormack, “Never bet with anyone you meet on the first tee.” continuing, “who has a deep suntan, a one-iron in his bag, and squinty eyes.”

Pay attention to the details. The way somebody is sitting, how they dodge their eyes in another direction after a particular question, and the fact they phrased their idea in a certain tone are all examples of priceless indications as to what the future may hold between you and this person.

According to McCormack, “That information would not only make you wise; it would also make you successful and wealthy. Yet it is our insight into people that gives you the ability to predict the future.”

Most don’t even realize they’re giving off these subtle clues as to how they operate. As these tendencies emerge, before suffering any consequences, one can aptly avoid the disastrous fate that would unfold due to engaging in a business relationship with such a person.

He ends this section saying, “I believe you can learn almost everything you need to know – and more than other people would want you to know – simply by watching and listening, keeping your eyes peeled, your ears open. And your mouth closed.”

“The ability to listen, really to hear what somebody is saying, has far greater business implications, of course, than simply gaining insight into people. In selling, for instance, there is probably no greater asset.”

A Pepsi Cola executive tells McCormack of the time the company was trying so desperately to partner with Burger King. Burger King was already working with Coke at the time so Pepsi figured there was no way they’d drop them and in their pitches would insist giving customers a choice by having both companies soda’s available. They’d site Burger King’s motto, “Have it your way.”

Pitch after pitch, Pepsi was told this would not work as Burger King found it at odds with their larger, quality control philosophy of a limited menu, including only having one cola.

Pepsi finally caught their drift, entering the next meeting stressing the reality that Pepsi and Burger King were corporate soul mates – the number twos going after the number ones.

After finalizing the partnership, a Burger King executive told them, “You know, we’ve been trying to tell you that for months. I’m glad someone finally listened.”

“Observation is an aggressive act. People are constantly revealing themselves in ways that will go unnoticed unless you are aggressively involved in noticing them.”

Take into account the way somebody dresses, their demeanor, and how they want to make other people feel about them. Look at the decorations in their office; are there photos of family or is it filled with degrees, trophies, and trinkets from personal accomplishments? Is the office totally empty? What can these signs say about a person?

Then consider whether the person is actually who they are portraying themselves to be. This is not to say, be doubtful and cynical whenever meeting somebody new, rather the opposite, be courteous and comfortable as in this atmosphere somebody is more likely to display their true colors.

McCormack adds, “Of course, the most fertile, consistent, revealing arena for observation is the eyes. The eyes will tell you more than anything else what someone is really thinking, even when all the other signs point elsewhere.”

“Remember that people communicate with their eyes in business situations when they can’t use words…It will help you determine what they are really thinking, reveal who among them is the most influential – and let you know whether you are boring them to tears.”

Ego can make all the difference in business. It can be the reason something gets done and the reason it didn’t get done. Somebody’s reputation may be on the line and you should have just the thing that will save it!

He explains, “A persons ego, even an overbearing one, may be your strongest ally…if you can read ego, understand its impact on business events, then control it by either stroking it, poking at it, or minimize its damage, you can be the beneficiary of many of these deals.”

The most important ego to understand is your own. Yes, you too have an ego. Yes, your ego can get in the way of progress, especially when you totally forget it’s there.

Take Advantage of the Venue

McCormack recounts, “I have often said that I can tell more about how someone is likely to react in a business situation from one round of golf than I can from a hundred hours of meetings.”

“Maybe golf cuts more directly to the psyche…or maybe it’s the venue itself – green grass and rolling hills. It’s astonishing how simple a game can reveal so much.”

Many of time, it is in the most innocent moments that we reveal who we really are. For example, how do we treat the server when at a restaurant? When somebody is kind in circumstances and when with people who do not deserve or require such treatment it is very telling of their higher-quality character.

Next time you’re out at a social gathering, work meeting, or participating in some activity be sure to experiment with some of Mark McCormack’s tips on reading people and take note of how your conclusions pan out. Were you right? Don’t be a weirdo about it, just sit back and let everybody else take care of the rest.