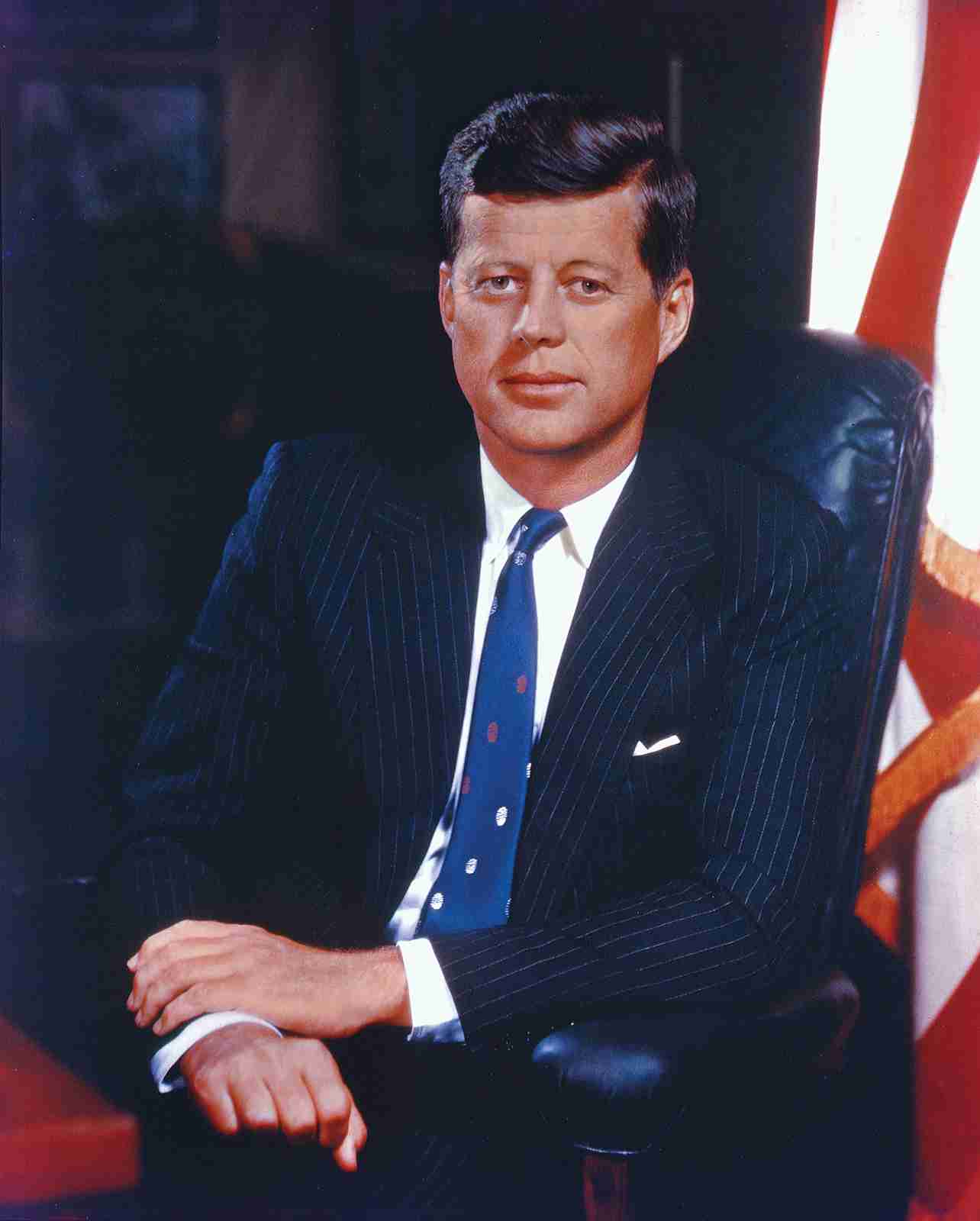 In Historic Conversations On Life With John F. Kennedy, Jacqueline Kennedy sits down with Arthur M. Schlesinger Jr. in 1964 to discuss her foregone life alongside the recently assassinated president. This heartfelt perspective on JFK’s life behind closed doors offers yet another glimpse into the brilliant young man’s most subtle characteristics.

Schlesinger: “During these times when he was out, like the 1958 campaign and so on, how did – he kept up reading and so on. How and when did he do that?”

Kennedy: “Well, he read in the strangest way. I mean, I could never read unless I’d have a rainy afternoon or a long evening in bed, or something. He’d read walking, he’d read at the table, at meals, he’d read after dinner, he’d read in the bathtub, he’d read – prop open a book on his desk – on his bureau – while he was doing his tie.”

According to the John F. Kennedy Presidential Library and Museum, JFK was capable of reading 1,200 words a minute. While he did take a fast reading course out of Baltimore, Jackie explains he just kind of fiddled with the experience and never fully committed.

His reading skills had been groomed throughout his life. As a boy, due to constant illness, he was constantly stuck in hospital beds; almost by divine providence, books became his escape from such gloomy circumstances.

The Christian Science Monitor notes a friend of his father, Joseph P. Kennedy, praising the young boy after seeing him in the hospital, saying “I was very impressed, because at that point this very young child was reading “The World Crisis” by Winston Churchill.”

Spoiler Alert: He was a Churchill and basically all things English FANATIC!

Picking Up Quotes For Speeches

Kennedy (Continued): “You know, he’d just read in little, he’d open some book I’d be reading, you know, just devour it. He really read all the times you don’t think you have time to read.”

Schlesinger: “He’d read in short takes, and then remember it and come back and pick up a thread?”

Kennedy: “Anything he wanted to remember, he could always remember. You’d see things he’d use in his speeches…he would have read out loud to you one night, just because it interested him.”

Schlesinger: “He had the most fantastic and maddening memory for quotes, because – while he remembered the quotes, but he couldn’t always remember where they came from.”

The JFK Library sites his favorite books as President, in no particular order, being:

Shlesinger: “Would he ever read novels besides thrillers?”

Kennedy: “Listen, the only thrillers he ever read were about three Ian Fleming books. No, I never saw him read a novel.“

Schlesinger then asks Jackie if JFK actually like Ian Fleming books then Jackie admits he just made up a list and threw that book on it so his list would have a “sort of novel.” The list she speaks of was likely for a 1961 issue of Life Magazine.

Schlesinger: “Why not novels, do you suppose?”

Before they got married, Jackie says he used to give her books to read. One of his favorites that he especially urged her to finish was Pilgrim’s Way by John Buchan; anyone he hoped to have understand him, he would urge to read this book.

Another book he read as a child was Marlborough by Winston Churchill. The book is a biography of Churchill’s best-known ancestor, John Churchill, the first Duke of Marlborough. Suppose at this point, Winston’s managed the upper-hand with the family name.

The JFK Library sites some of his favorite books as a child, in no particular order, being:

When asked who the late President admired from American history, the first person that comes to Jackie’s mind is Thomas Jefferson. She then mentions how he had been reading a book about Theodore Roosevelt recently.

It seems his heart or eyes, in this case, were fixed on tales from across the pond.

Schlesinger: “What did – did he ever talk about what he might do after the presidency?”

Kennedy: “…Just towards the end, Jack was thinking about being either publisher of a great paper or – I don’t know. Bundy said to me the other night that he thought he might have ended up in television or something.”

Kennedy: “I think he would have gone around the world, written a book, done something with his library, and then really entered into that.”

Reading is a hallmark of many great historical figures. I’m not a fan of teachers telling their students haphazardly to read. Yes, reading is generally good for people, however, reading the right material can transform one’s life into the most advantageous of adventures.