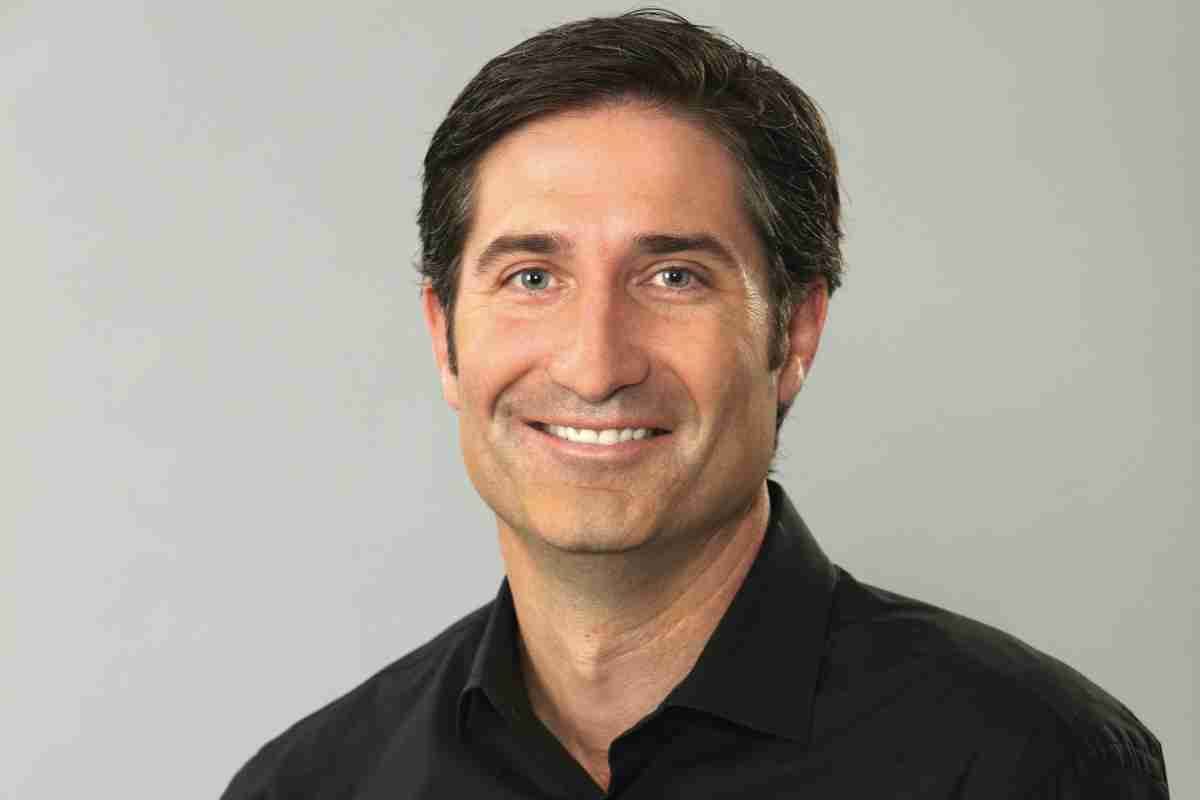 He proves to be a very private man. Somehow, in the world we live in today, despite being CEO of as large a company as Chipotle and having been the CEO of Taco Bell, he has managed to evade even his birthplace being commonly known on the internet. Kudos to him. However, we must ask, what do we know? How can we learn from his story and enrich our own lives?

Today we study Chipotle CEO Brian Niccol: Marketing Guru, rebranding aficionado, and a man with an appreciation for the great community of Orange County, so much so that he quickly relocated Chipotle’s headquarters from Denver to Newport Beach.

Per an interview with the Los Angeles Times, he learned some of his first lessons in business while organizing a lawn mowing operation with friends as a teenager. “At the time you do it, you don’t realize how it’s influencing you going forward,” he explains. “I think it carries on with you in the subconscious.”

This experience provided an early exposure to understanding how markets work. He was forced to consider the qualities of potential customers, figure out how to market his services to them, and ultimately put himself in a position to then close the deal.

While we may not know what streets his earliest roots rest within, according to the Dayton Daily News, he went on to attend Miami University, just an hour outside of Dayton, Ohio. Brian Niccol graduated from the college of engineering and computing in 1996. Today he serves on the advisory council of Miami’s Farmer School of Business and remains an alum member of the university’s Phi Delta Theta fraternity chapter.

One of his greatest takeaways from college was understanding the importance of technology. By his senior year, he knew some coding, had an email, and could create a website. He believes that when it comes to technology, “if it provides a service and can solve stress points or anxiety points, people will adopt it in a big way.”

After graduating with an engineering degree in 1996, Brian Niccol got hired at Proctor & Gamble Co. While there, he worked on brand management and a number of marketing campaigns. Caught in the early stages of the rapidly developing internet, he always tried to create a fresh and hip image for the brand. For example, in a Scope mouthwash campaign, an animated kiss was sent via email – according to the Los Angeles Times, something that had never been done.

Niccol notes, “What I’ve always seen is the brands that have a youthful mindset, a youthful vigor, they have a great value proposition.” While at Proctor & Gamble, he made the time to earn an MBA from the University of Chicago.

After nearly a decade with Proctor & Gamble, Niccol switched gears to the service industry. He joined Yum! Brands in 2005; Yum! Brands is the parent company of Taco Bell, Pizza Hut, and KFC. After two years with the company, he segued into becoming the Chief Marketing Officer of Pizza Hut and would later assume his position as general manager for Pizza Hut USA.

One of his greatest contributions to not just Pizza Hut but the pizza industry as a whole was giving customers the ability to order online. This decision was based on a hunch that it could create a more convenient and accurate experience for their guests.

Niccol observes, “today, all the big pizza companies are huge in the online space…It just shows the power of technology.”

In hindsight, we can almost predict how Brian Niccol was about to transform Taco Bell from a sleepy fast-food chain on the verge of irrelevance into the “Live Mas” brand it is celebrated for being today. It would take the perfect combination of re-branding, marketing this new image, and getting stores technologically up to date.

The stars had aligned, in 2011 he was transitioned out of Pizza Hut and thrust into his new role as the Chief Marketing and Innovation Officer at Taco Bell. From the beginning, he believed the brand had a “youthful spirit that was ripe to unlock.”

First, he changed the company slogan from “Think outside the bun” to “Live Mas.” He wanted to turn Taco Bell and it’s food into a lively experience. A very timely maneuver as the rise of social media would create an organic avenue for users to share their daily experiences with friends.

The marketing team was taking advantage of a cultural impulse: if you can give somebody just enough reason to snap a photo of the atmosphere or food itself then there is a decent chance that that photo will be uploaded to social media platforms – seamlessly generating brand exposure.

Taco Bell wasn’t just winning at organic social media marketing, in May of 2016, they launched a campaign on Snapchat that would be viewed 224 million times. According to Adweek, that became the top campaign in the app’s history! With the average user interacting with the sponsored ad for 24 seconds, in a single day, 12.5 years of play was accounted for.

An article by Belle Communications notes that brands have typically paid in the ballpark of $750,000 for custom filters during big events such as holidays and the Super Bowl. About 111 million people tuned into the Super Bowl that year. The average cost of a 30-second ad was $5 million.

Taco Bell managed to generate twice the amount of views as the Super Bowl while spending just $8.68 per second on a campaign that ran an entire 24 hours. Factor in the 24 seconds of user engagement [attention] and you begin to appreciate how Niccol and company created their own “Super Bowl” of marketing opportunities.

In no particular order, some of Niccol’s greatest accomplishments while at Taco Bell include and are not limited to:

All considered, between January 2011 and January 2018, Yum! Brands stock value increased from $33.36 a share to $83.62 a share with Taco Bell as the leading bell-cow among the other brands.

Then the bombshell came, in February of 2018 Forbes, along with nearly every other media company, announced that Taco Bell’s golden-boy CEO Brian Niccol would be leaving Yum! Brands to take the helm at competing industry rival, Chipotle.

In a statement after the news was released, Niccol explained, “I am very excited to be joining Chipotle at this pivotal time in its history. At Chipotle’s core is delicious food, which I will look to pair up with consistently great customer experiences. I will also focus on dialing up Chipotle’s cultural relevance through innovation in menu and digital communications. This will attract customers, return the brand to growth, deliver value for shareholders and create opportunities for employees.”

Why would he leave the top of his mountain at Taco bell just to begin the strenuous trek up another at Chipotle? The answer is simple really. Niccol has no interest in being caught in a status quo; like so many great leaders in this world, he is uncomfortable with being comfortable. He lives for the ascent, meaning his life will never have a peak – it will always remain limitless.

In an awesome interview with Kate Rogers of CNBC, Niccol outlined some of the greatest focuses he had for Chipotle at the time (just a few months into his new role as CEO). He highlights online ordering, delivery services, creating a digital system cooks can read orders on rather than having to hold onto a physical ticket, setting up two make-lines in an effort to decrease guest wait time, new menu items, and repairing the brand’s image. Watch the full interview below:

In another great interview with CNBC’s Kate Rogers only a year later in April of 2019, Niccol explains the surging stock and more current affairs for the company. They are well on their way to rolling out that digital makeline for their cook’s nationwide, each location now has a mobile pick-up shelf that spares customers both in line and at home from a longer wait, he also sites the Chipotle app experience that has already gained 3 million loyalty & rewards members, etc. Watch the full interview below:

Since his takeover of operations in January of 2018, the stock value of Chipotle has surged from $343.87 a share to now being worth $838.24 a share. The turnaround is real and he will tell you himself, it is only the beginning!

Brian Niccol was well compensated for his hard work throughout 2018, Restaurant Business reports he pulled in a whopping $33.5 million! They say that according to documents filed with the Securities and Exchange Commission, his “pay package included a salary of $969,231 and a bonus of $1 million, plus nearly $2.4 million in incentive plan compensation.”

Mid-summer of 2019 Chipotle announced it would relocate its Denver and New York offices to Southern California. According to the Orange County Register, they will be momentarily working out of high-rise offices in Newport Beach; just a stone’s throw away from Taco Bell’s headquarters in Irvine. While we may not know exactly where his story began, we do know he is happy to call beloved Orange County his home.

If you enjoyed this article on the life story of Chipotle CEO Brian Niccol, be sure to check out our biography of Kroger CEO Rodney McMullen.