The Golden Rules by Bob Bowman 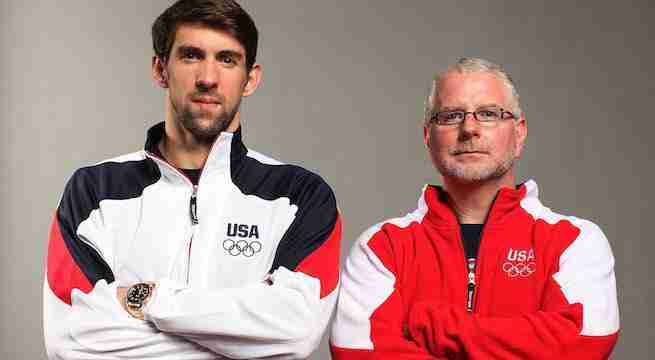 With the end-vision in mind, you are able to create a starting point. Think about it like a treasure map. “X” marks the spot is where the treasured goal lay buried. Along the way there will be obstacles, forks in the road, you may be lead dreadfully off course by an unexpected relationship, and finally, there are all the worst things you couldn’t imagine happening – that will happen.

This is the beaten path that is less traveled; casualties resembling the souls of dreamers lay to rot on each side. Now it is your turn to step forth, not because you want to rather, destiny, the universe, and all the things that encompass an irresistible life demand it.

Bowman: “You need a vision of where you want to go, what you want to do, who you want to be someday down the road. Simply put: In your mind you must program your internal viewfinder toward a performance, toward an achievement, toward a scene that you see taking place in the future. Something you want to be a part of. That’s your vision.”

Using his swimmer’s visions, Bowman plots a 1,068-day workout map that will surely lead its’s traveler to their desired destination. He sprinkles the path with smaller objectives. Reaching each checkpoint along the way represents a milestone in and of itself. One must be wary of pursuing a dream that lacks an efficient number of smaller goals along the way, it’ll be easier to wander off track and get lost. Visions too great have also been known to intimidate a less-experienced heart to the point it whither and crushes amidst the stress. Any vision nonetheless will get you going.

Bowman: “Without that vision, there is no starting point, no way to plan an attack. And no way to know whether or not you’ve achieved what you want to achieve.”

Rule 2: Use facts (and your gut) to plot your future. 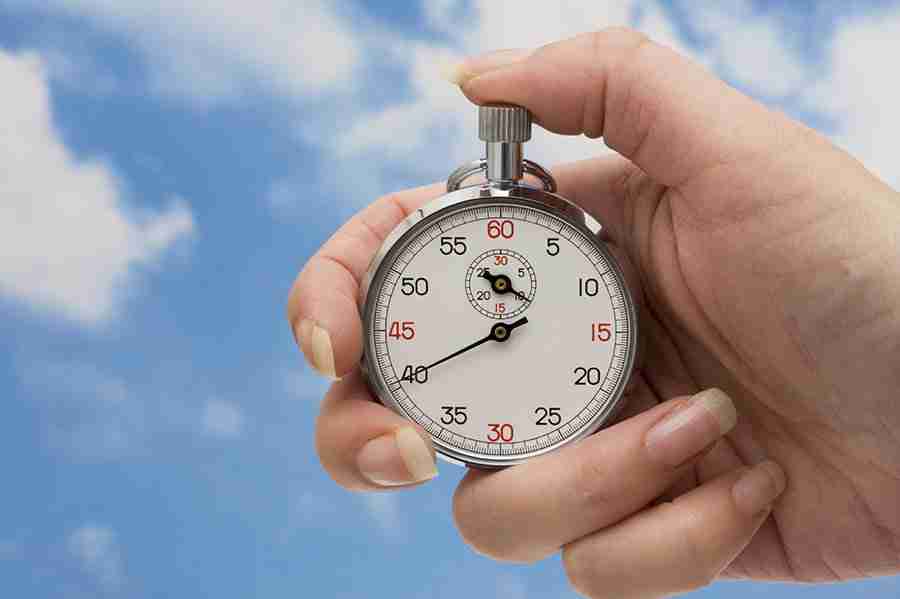 Michael began setting swim records at an early age. His dominance in the pool lead Bowman to believe that Phelps could and should be an Olympic contender in the near future. He says, “I had this vision, and it was based on facts, experience, and, yes, my gut.”

He goes on explaining, “Some salespeople sit by a humming Bloomberg terminal all day and then pore over The Economist come the weekend. They become so steeped in business trends that they can all but predict where the equilibrium point on the old supply and demand curve will fall without having to plug in any forecast numbers.”

As a coach, Bowman put himself in the best position to succeed. While he could not magically make a record-breaking swimmer appear, he could be prepared for the day one stepped onto his pool deck. He honed his craft in the years leading up to the day fate would deliver a young Michael Phelps.

He distinguishes the terms “record-breaking swimmers” and “Olympic gold-medal swimmers” in order to emphasize the greater practicality of breaking a record. A record is a number, a number that can be broken down; in this case into days, months, and years. Bob Bowman can pave the righteous path for his swimmers to reach a specific numerical goal (swim time).

However, a goal such as “I want to win an Olympic gold medal” is difficult to quantify. There are simply too many outside factors that a person has no control over. For example, another swimmer may just be better on race day.
The record-setting goal is tangible, within reach, and wholly within the control of the swimmer looking to achieve it.

In pursuing his dream of coaching these swimmers, Bowman says “I needed to be ready when a potential record-breaker came within my circle. Eleven-year-old Michael Phelps – hyper, precocious, a cutup – fit just that profile.”

Bowman had the vision of what Phelps’ future could be, now his job was to get this kid and those closest to him to see that vision too.

Imagine you have a typical American family, take your child to swim class, and four months later the coach begins explaining to you that your boy will soon be an Olympic contender and now is the time to begin molding every facet of his life around swimming. This was Bowman’s challenge and here’s how his conversation with Michael’s parents went:

Bowman: “His race times don’t lie, Michael has real potential. I can see him doing things that no other swimmers can do.”

Bowman: “Debbie, how are you going to stop it? It’s not in our control. Listen, I’m just telling you what’s going to happen. In 2000, he’ll be a factor at the Olympic trials. I don’t know if he’ll make the team but he’s definitely going to make some noise.”

Bowman: “And by 2004, he’ll definitely be someone who will win medals in the Olympics. And it’s only going to build from there. Michael is going to accomplish things never before seen in the sport.”

Most parents would likely have the same response Debbie and Fred had. Thankfully, they eventually caved to what destiny had in store for their son Michael. Today, Debbie tells the story of this meeting by portraying Bowman as a mystical soothsayer who peered into the future and saw every significant moment in Michael’s life. Bowman laughs at this idea, adding it was because he wasn’t afraid to suspend his belief and imagine what life could be.

Rule 4: Don’t just think about your vision. Think about it creatively.

Thinking creatively requires a destination; a place where your mind can roam free, such as the park next to your house, a beautiful vista overlooking the city, or maybe just a long evening drive in your car. When in this space, consider:

“Where am I now? Where could I go?” and “I may be dreaming, but this could happen”

Allow your mind to drift from idea to idea. At first, you are overlooking Los Angeles from one of those glass castles in the Hollywood hills, then you’re hunkered down at a pub about mid-winter in Boston, lips pressed to a cold yet refreshing beer that somehow warms you up on the insides. In this moment, as it ever should, life ought to have endless possibilities.

Bowman points to Philip Levine for inspiration. A grease monkey turned poet who never lost sight of his vision of what life could be. 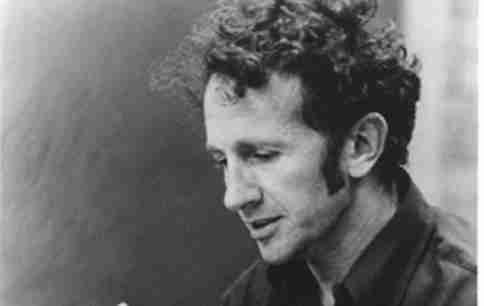 Since the age of fourteen, Phillip Levine worked at various auto plants in the Detroit area. The 9-5 no non-sense grind of the auto industry weighed heavy on him every night he returned home from a shift, yet he still took time to imagine what his future could hold.

Levine was a poet. He described the grease-filled pits that represented everyday life for so many blue-collar Americans. In an interview with NPR host Terry Gross, he explains “I actually thought that writing poetry would be a means of changing the world.”

Philip Levine would become a Pulitzer Prize winner and then serve as poet laureate of the United States. When asked if he felt like he changed the world, he responded “It was what I had to do,” adding “and whether it changes people or whether it doesn’t, it’s what I have to do.”

Rule 5: Put your vision down in writing.

Bowman: “The great thing about thinking creatively is that it’s fun and revealing. You’re seeing yourself in a different place, a place you want to be. A place you can be.”

Bowman: “But you have to do more than just see your future. Remember, this step is an action-oriented one. I recommend that you codify your vision. For instance, after you’ve gotten fixated on a vision write a few words about it on a scrap of paper and tuck the paper in your wallet or in your desk.”

Create a tangible reminder of your goal and keep someplace you are likely to see it often.

Rule 6: Your vision will provide the picture frame for future success.

Those predictions Bowman made for Michael and his parents in that fateful meeting fell plenty short of Michael’s actual achievements. However, it provided a frame to shape their long-term plan.

Bowman: “A vision gives a purpose to daily pursuits. A reason to push yourself out of bed each morning and do something. Without this purpose, it’s easy to drift through the days and weeks and months of life.”

Eventually, Michael’s parents began tailoring every facet of his life to benefit his future in swimming. Day in and day out, the vision inspired Michael and those around him to help.

Bowman: “Simply put: the vision must inspire you. It should be exciting and emotional; it should speak to your heart as well as your mind. The mental picture of you achieving it should give you goosebumps. Yes, it can be far off, maybe a little vague. But what it can’t be is tedious, routine, the same old.”

A vision gives a purpose to daily pursuits. Those pursuits may take you even further than your initial vision intended. The vision must inspire.

Rule 7: Your vision must engage you.

As Bowman prepares for another Olympics, he emails each swimmer an outline that in the best of worlds will lead them to achieve their primary vision.

He says, “To be clear, that vision was not to win gold in Rio; too many factors beyond their control could get in the way of achieving something so singular. No, our mission was simply to put them in the position to achieve such a possibility; to use the time between September 2013 and the first swimming event of the 2016 Olympics to prepare them to compete at the highest level – and, along the way, to teach them something about themselves that they might retain long after the Olympic torch had been extinguished.”

The engagement is driven by a knowing that the journey will be so much more valuable than the end-destination. While the beaten path certainly leads to your treasured goal, the greatest discoveries of all will come from within.

As he steps out onto the pool deck for the first time to address his swimmers, he explains “We will ask for more effort, more focus, more persistence, more toughness, more training, more creative thinking, more problem-solving, and more honesty than you’ve ever put forth. These are hallmarks of champions…Let’s make it crystal clear what I expect, and if you don’t want to buy into it, that’s okay. You can leave right now. But if you’re going to be here this is how we’re going to do it.”

If you’re going to do something, do it the right way or don’t do it at all.

Nick Dunehew grew up in the suburbs of Orange County before graduating high school and moving to the San Francisco Bay Area to attend Sonoma State University, studying Business-Marketing. After living in the bay for four years he moved to Washington D.C. before ultimately deciding to return to the OC, where he currently resides. A HUGE Los Angeles Lakers fan, loves reading, and you might catch him in Downtown Fullerton on a Saturday night; his choice cocktail is an Old Fashioned!
0 Apr 05, 2021 Nick Dunehew