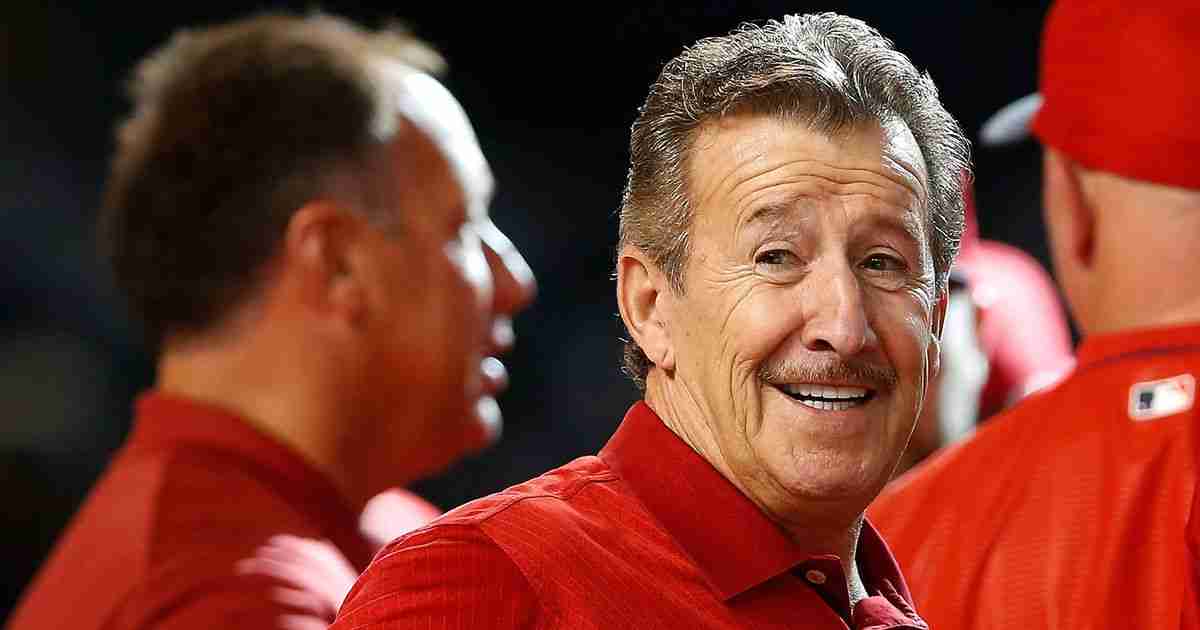 Education: the University of Arizona, Bachelors in Marketing

Arte Moreno was born on August 14th, 1946 to his father, Arturo Moreno and mother, Mary Moreno. The family would eventually grow to 11 children total, including Arte. Arturo owned a print shop he inherited from his father, who also owned a local Spanish newspaper. Constantly finding themselves tight on cash, the family was able to scrape together just enough money to afford a two-bedroom, one-bathroom home. Here is where Arte’s love affair with baseball would begin.

During an interview with The Los Angeles Times Arte mentions, “He [His father] walked around with box scores in his hand. He always knew who was doing what, who made the errors, who was doing a crummy job.”

His dad was not only a huge fan of baseball but even played semi-professionally in his younger years. Decades and 11 children later, like many fathers of this era, sports represented an escape from the daily reality of running the print shop his father left unto him. There is something so simple, yet powerful about a man like that. Clocking in and out every day, not because they want to but because they need to.

Growing up, Arte always figured his mother Mary the hardest working of the two. While Arturo was at the shop, she was left with 11 children to take care of; where any given day could include school drop-off and pick-up, sports practices, cooking meals, keeping the house in order, and then some!

Arte Jokes, calling his dad “the Mexican Archie Bunker,” explaining he was ambidextrous in the way he could drink a beer or work the TV remote with each hand. The truth is, Artie’s parents were the ultimate team, doing the best they could with the hand life had dealt them in order to ensure the opportunity of a better future for their children.

Arte played baseball throughout high school, graduated, and got a job at the print shop his father owned. One fateful day in 1966 a letter came in the mail, he was being drafted into the U.S. Army and would ultimately serve for two years – this includes time in Vietnam. While overseas he promised himself he’d finish college and become a millionaire by age 40.

After returning home from the war, Arte studied marketing at the University of Arizona. Upon earning his degree in 1973, he was hired by an outdoor advertising company, Eller Outdoor, where he began to flourish as a businessman in the billboard marketing industry. Eller Outdoor eventually got bought out by outdoor advertising giant, Gannett. Due to a relentless work ethic, Arte worked his way to the heights of the corporation.

Recognizing the immense opportunity that comes with entrepreneurship, Arte entered into a partnership to launch Outdoor Systems. Under his leadership, the spin-off company would go on to dominate the billboard marketing industry.

He says in an interview with fortune magazine, “Like I once told somebody, I became very dangerous when I learned how to add.” The partners took Outdoor Systems public in 1996 and in 1998 it was sold to Infinity Broadcasting for a whopping $8 billion.

All of this success in such an unglamorous field such as billboards would allow Arte to turn his attention (and millions) to a lifelong passion: baseball.

He explains what happens next in an interview with Angels fans in 2012:

(Note: In this interview, he tends to slightly mumble and speak in broken sentences. I try my best to piece the phrases together in a way that makes sense. The actual video, in its 58-minute length, will be posted at the end of the article.)

Q: When you were young, did you play baseball and if so what was the position that you played?

A: “I did play baseball all the way through high school and I was the second baseman and then later I was the first baseman.” He adds jokingly “Not good enough to go anywhere past high school though!”

Q: When you were thinking about buying a major league baseball team, were you initially only interested in buying the Angels or were there other teams you were looking to pursue?

A: “I started in the minor leagues, like a lot of the players did.” He bought a minor league baseball team with some “Drinking buddies,” moved it to Salt Lake City, and maintained ownership until 1993. He says in “96’ I was one of the original owners of the Diamond Backs, a minority partner with the Diamond Backs.” Between 02’-03’ he “Really tried to buy the Diamond Backs first and there were a couple other teams for sale” that he was considering.

Q: What drew you to the Angels?

A: “A couple things, I grew up in Arizona so I used to go to Southern California all the time.” Likely creating a bond with the Angels or at least SoCal in general. He continues, “I came from the advertising business and really liked the size of the market…We can get in all kinds of arguments about the names [Referring to locals considering Orange County, where the “Los Angeles” Angels are located, completely unrelated to its neighbor Los Angeles]…But really New York’s number one metropolitan area, Los Angeles metro area is second largest. I really felt that with some kind of development in marketing we could really start to attract bigger crowds, generating more revenue, to therefore be able to invest in a better product on the field.”

Owner of the Los Angeles Angels of Anaheim

Despite staunch resentment from locals after changing the name of the franchise from the Anaheim Angels to the Los Angeles Angels of Anaheim, Moreno has managed to turn his initial $184 million investment into a sports team that Forbes values in the ballpark of $1.8 billion! Not bad.

Success on the Field

The team would even go on to see impressive early success, winning the American League Western Division championship in 2004, 2005, 2007, 2008, 2009, and 2014 when they finished with a league leading 98 regular season wins. Although, that 2009 season marks the last time The Los Angeles Angels of Anaheim won a playoff game. Since then, other than that 2014 season, the rise of Mike Trout, and the recent signing of Japanese phenom Shohei Ohtani, the franchise hasn’t experienced much success that translates into winning games.

Tensions may be poised to reach an all-time high, as a recent article titled “Anaheim should tell the Angels ‘good riddance’” from The Orange County Register encourages the city of Anaheim to play hardball with owner, Arte Moreno, in negotiating new stadium lease terms after he notified the city he’d like out of their current contract after the 2019 season.

The Angel’s front office has even gone so far as to look into moving the team to Long Beach, however, many consider all of this a negotiating tactic for Moreno to achieve more favorable lease terms with the city of Anaheim. The same kind of negotiating that in 2006 got him a lucrative ten-year television broadcasting contract with Fox Sports Net that Forbes suggests brought the teams net worth to $368 million, doubling what he bought the franchise for just three years prior.

A Kid From Tucson

No matter what happens, I can’t help but imagine Arte Moreno looking over Angel’s Stadium on a dry summer night, the crowds have cleared, lights are soon to go out, he glances up at the stars in their all-too-dependable familiarity, remembering a time when he looked up at that same night sky while crammed into a room with his four brothers, his six sisters crammed in the room next door, Dad’s in the living room flipping through the TV with one hand, sipping his beer with the other, Mom’s in the kitchen cleaning up, dishes clanking in the sink.

The night sky stares back at him just as it has all these years, seeing the kid from Tucson who loves baseball.

One Reply to “Arte Moreno Biography”